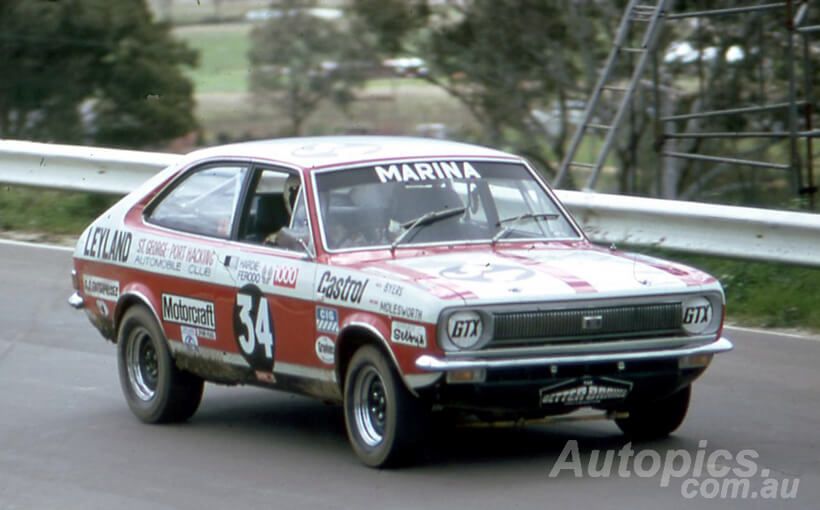 The Marina coupe has a surprisingly diverse competition history, including its first and only appearance in the Bathurst 1000 in 1974 driven by rookies Neil Byers and Peter Molesworth. The 2.6 litre SOHC six was no match for the Mazda rotaries in Class C, but it was reliable and one of few cars to finish the rain-affected race.

Designed primarily for fleet buyers and middle-class families, the much-maligned Marina boasts a diverse motor sport heritage which belies its reputation as one of the world’s worst cars.

Released in the UK in 1971 as the Morris Marina, it was British Leyland’s ‘best of both worlds’ single-model answer to Ford’s Escort and Cortina which were dominating sales in the small and medium-sized vehicle classes.