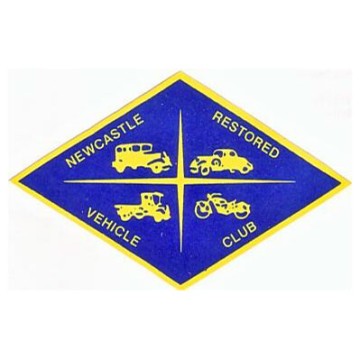 The club was basically formed in the later part of 1984 by a keen restorer of old cars Mike Gallagher and some of Mike’s mates, it was alleged that several of the guys discussed in Mike Gallagher’s shed to start a car club, as a result of this the club had its first ad hoc meeting with (35) in attendance a Car Club was established and was called the Over 30’s Car Club. The first Steering committee meeting was held on 6th November 1984. The club name was debated, and all agreed the club was to be called Newcastle Restored Vehicle Club.

The next meeting took place on the 27th November 1984 at Cardiff Workers Club. Mike Gallagher presiding and the NRVC Constitution and Rules were formed and handed out to members for discussion at the club’s next meeting.

Membership is defined as a single person or two partners (who reside at the same address). Both partners will have their name on the membership card, will be eligible to own a registered vehicle, hold a committee position and to vote.