This Ej Holden Special is a one-owner vehicle purchased new two days before my 21st birthday. It was driven daily until 1996 when it was put into storage. In March 2015, it was taken out of storage and underwent a complete restoration over a three year period from the ground up - suspension removed,sandblasting,rust removal, 2-pac paint including the undercarriage,stainless steel dent/scratch removal and polishing,re-chroming and a new interior (upholstery etc.in original fabrics).Original bolts were zinc-plated,and screws polished. The car has won numerous awards including Grand Champion EJ Holden at the EJ-EH Nationals in Bathurst in 2019. It also took out best engine bay,best paint,and first in class awards. 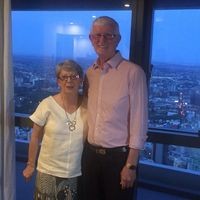