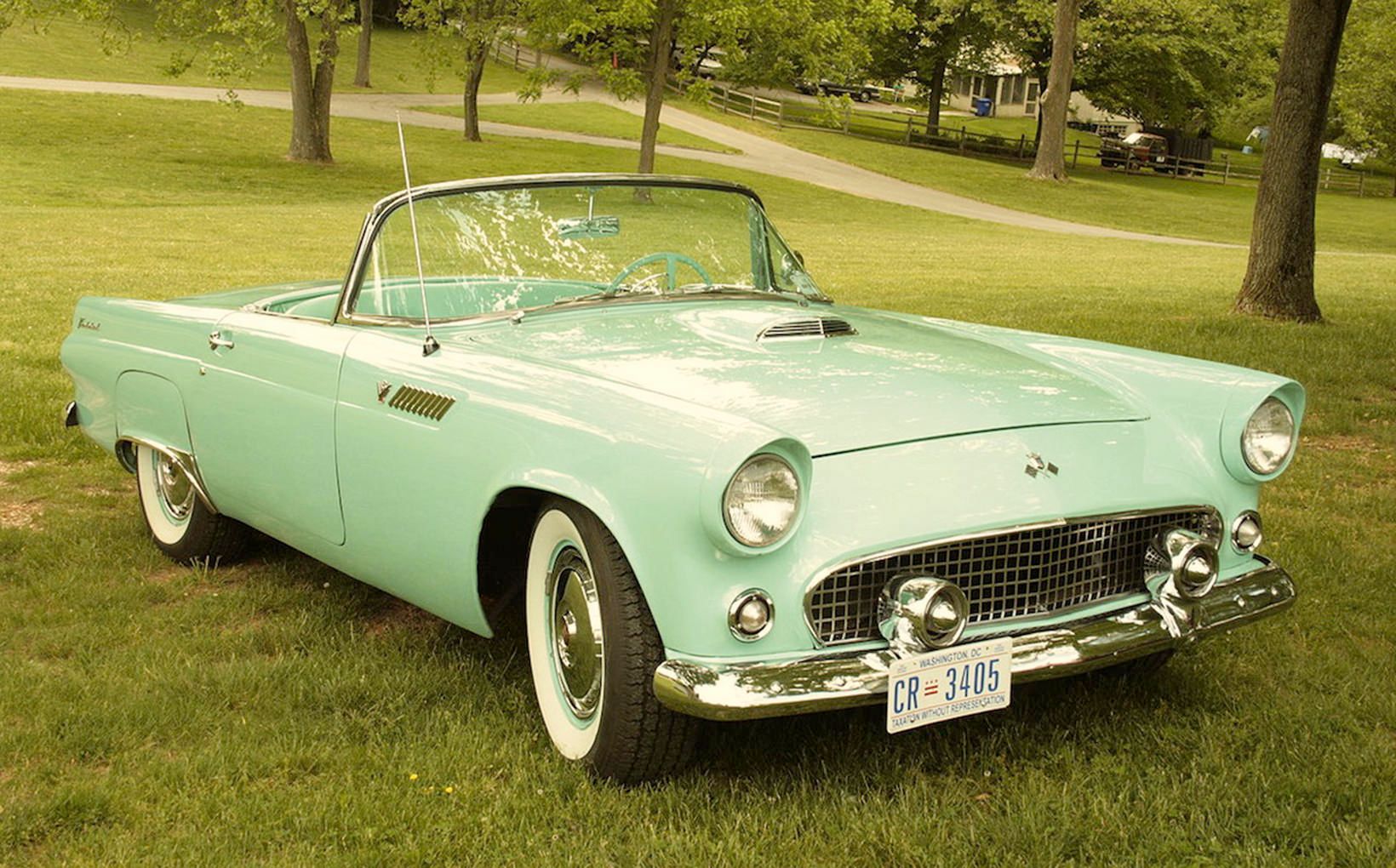 ‘Thunderbird’ (American Indian for ‘bringer of rain’) is surely one of the most evocative car names ever created. Fortunately, the Ford that bore its name for the better part of six decades (making it one of Ford’s most enduring sub-brands) mostly justified this aura. The Ford Thunderbird one of the most famous cars in the history of the US automotive industry. The brilliance with which the 1955 original was conceived typifies the Ford Motor Company in one of its most creative eras.

The Thunderbird was never officially called a sports car, but that is essentially what the 1955-57 models were. In part they were a response to Chevrolet’s fiberglass-bodied Corvette for the 1953 new model year. Of course, the Corvette wasn’t the first American postwar sports car, but it was arguably the first to be produced in reasonable volumes. Before Chevrolet decided to challenge European models such as the Jaguar XK120, Kurtis had released a two-seater in 1948 and Crosley had its optimistically named Hotshot the following year.

While the ’Vette was the first postwar sports car from a major US manufacturer, history will judge the 1955 Ford Thunderbird as the more memorable and influential machine. The market evidently shared this view at the time. In 1955 Ford sold 16,155 T-Birds to just 674 Corvettes. (Nineteen fifty-five incidentally was the year Chevrolet introduced its V8 engine, so the ’55 ’Vette was the first with the option of an engine of more than six cylinders.)