One of the most passionate fan bases in the car world must undoubtedly be for the Subaru WRX, with the Japanese brand’s all-paw, boxer-engined performance sedan attracting a massive and cult-like following ever since the original version first debuted in late 1992.

Nearly 30 years later and the WRX legend has only grown, however since launching in 2014, the current, fourth-generation WRX is starting to grow a little long in tooth when compared to other hi-po offerings like the Honda Civic Type R, Ford Focus RS and Hyundai i30 N.

However, WRX fanatics need not fret, as there are signs of a new-generation model on the horizon, which is being previewed by a prototype version of the all-new, mechanically related Levorg wagon debuted at the Tokyo Auto Salon. 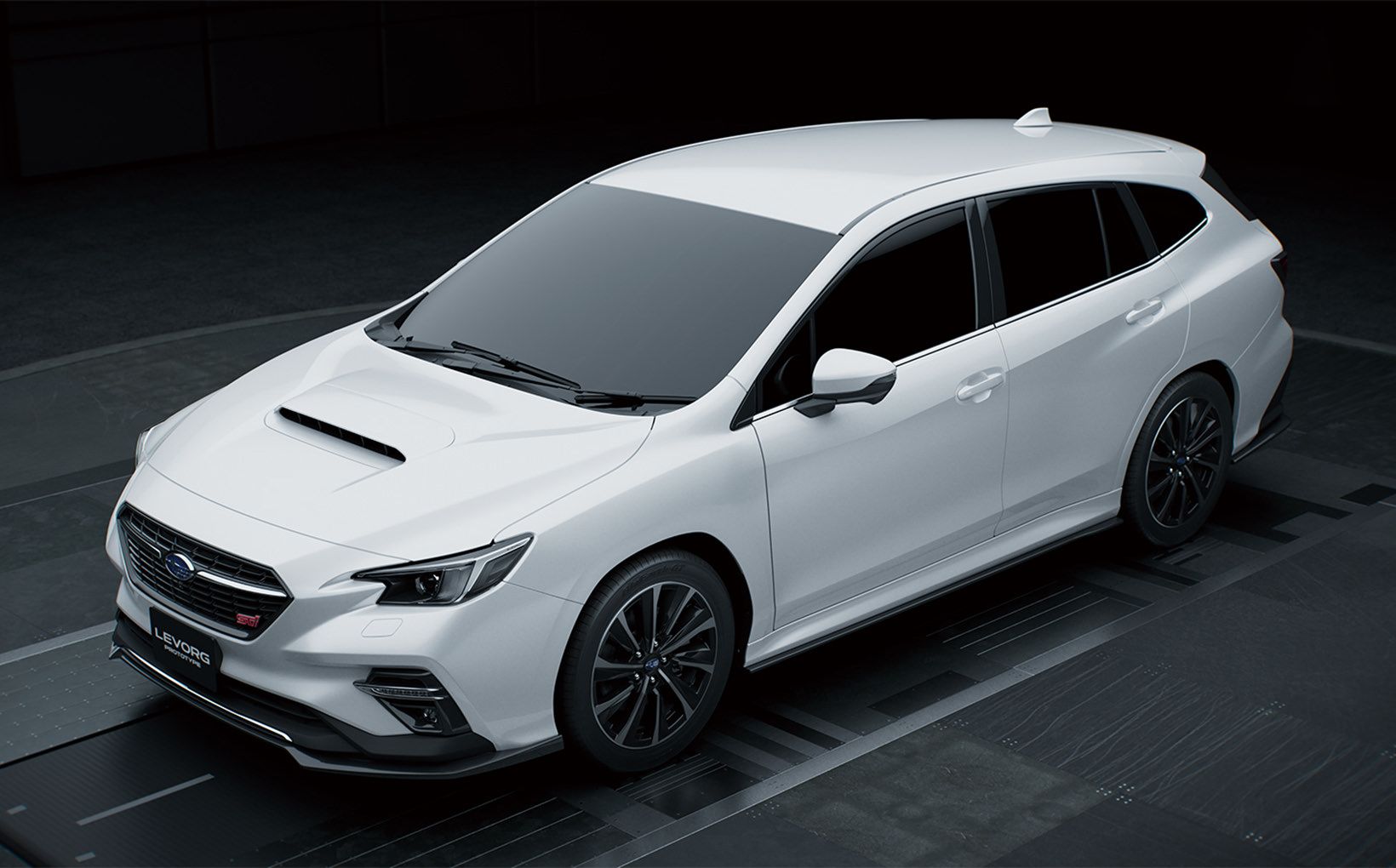 The Levorg STI Sport prototype gives some hints as to what the all-new WRX may look like, both inside and out, as well as suggesting some mechanical changes for the next-gen version.

If the exterior styling of the Levorg prototype is anything to go by, fans of the WRX should get excited, with the new-gen version showing a design that serves as a slick evolution of the current design.

At the front, the LED headlight design has changed slightly to now feature a more angular style over the outgoing model, with a sleek lighting signature meshing with the creases on the bonnet to give the Levorg prototype a forward-facing and purposeful look. 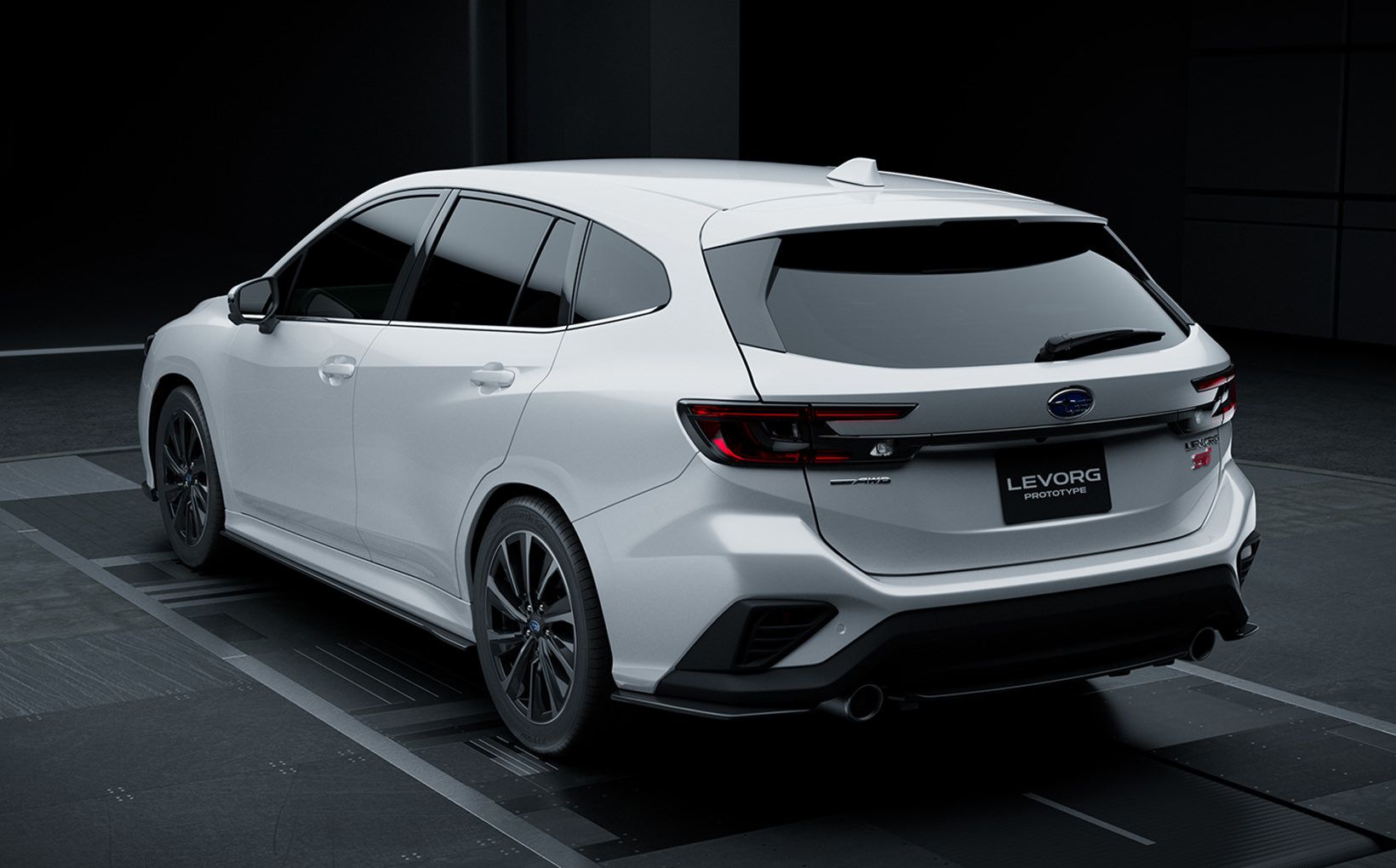 The design of the Levorg prototype draws inspiration from Subaru’s Viziv Performance STi concept from the 2018 Tokyo motor show.

The hexagonal grille has been stretched slightly to look taller, while it looks like the iconic hood scoop of previous generations looks to carry over, with a wider aperture than the current generation for greater air flow.

A sleek front splitter caps off the front-end look, while modestly sized alloy wheels are housed by angular wheelarches shaped not unlike a 50 cent coin.

At the rear, the aggressive, angular design of the front fascia carries over, with a similar C-shaped tail-light shape and angular rear bumper that, along with the twin-exit tailpipes, gives the prototype a wide rear-end look. 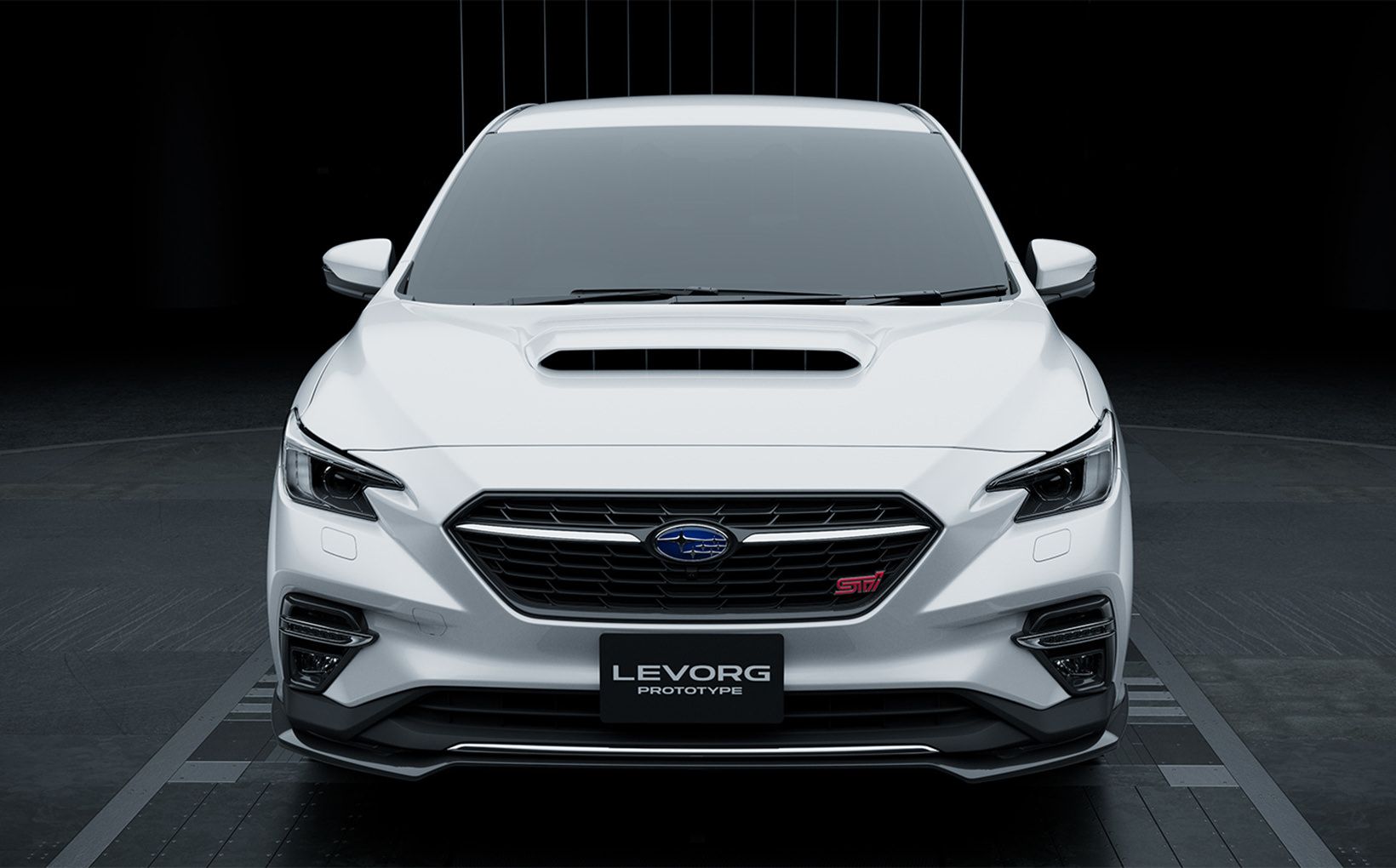 The iconic bonnet scoop from previous generations will carry over to the new model.

The Levorg prototype sports STi badging, suggesting the styling elements could preview the most potent WRX variant that should launch around the same time as the regular WRX.

Subaru is yet to detail what powertrain will underpin the new WRX, however the next-gen Levorg is tipped to eschew its current 197kW/350Nm 2.0-litre turbocharged four-cylinder engine found in more powerful variants for a smaller 1.8-litre boxer unit that will better satisfy tightening emissions standards.

Despite its smaller displacement, WRX fans can expect the smaller engine to break the 200kW barrier for the first time, while naturally the STi will turn up the performance wick even further. 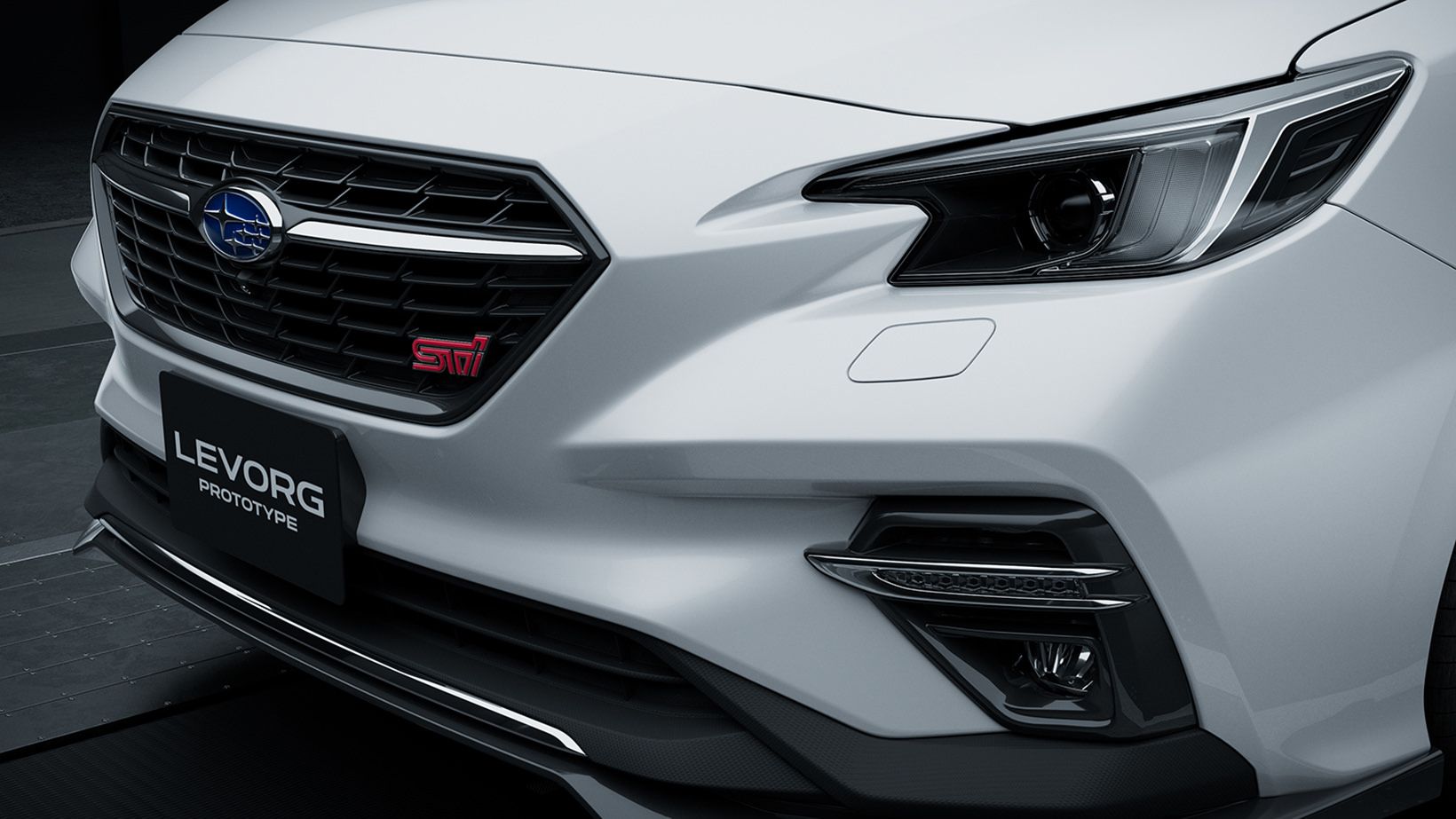 STi badging suggests the design cues will be carried over to the most potent WRX variant.

Pundits are tipping the STi will score some form of hybridisation, given that the current 221kW/407Nm 2.5-litre version has already been squeezed out of some global markets due to emission restrictions.

Whatever the case, the Levorg prototype is set to offer new technologies for the Subaru brand, including electrically controlled adaptive dampers, which will provide a more supple everyday ride quality while also providing greater handling characteristics when it’s time to get down to business.

The adaptive dampers will form part of another first-time technology for Subaru – the Drive Mode Select system which also controls the settings of the power unit, steering and all-wheel-drive system to change the drive characteristics of the vehicle at the touch of a button. 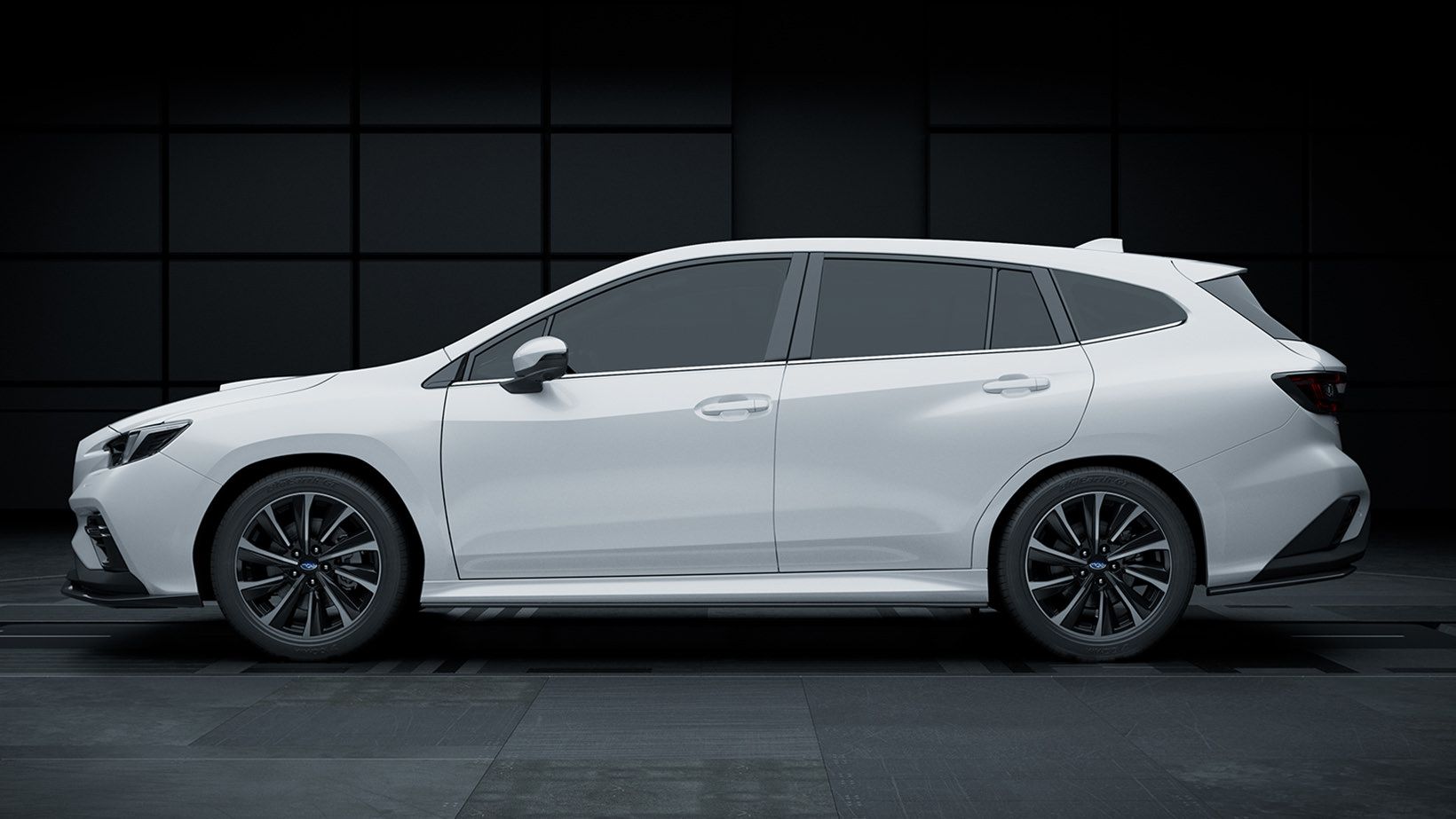 Adaptive dampers and a Drive Mode Select button will be among the next-gen WRX technologies.

Adaptive cruise control will also be improved, and will take into account GPS data to automatically adjust vehicle speed around corners and provide greater support in heavy traffic.

Little else is known about the Levorg prototype, other than it is set to arrive in Japan in production guise in 2020, with the hi-po STi version to follow the next year. 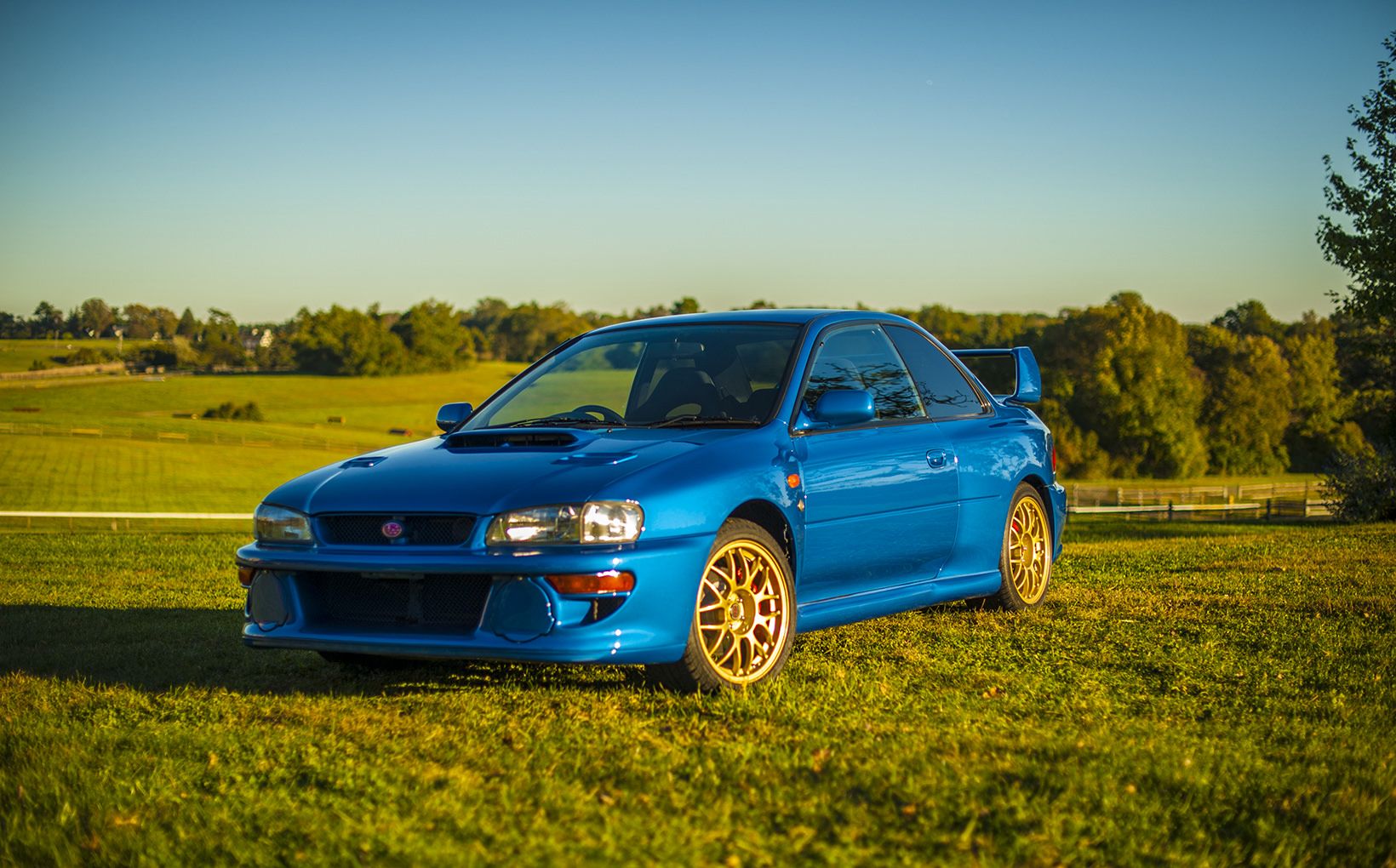 The first-generation WRX spawned a generation of devoted fans (1998 22B STi pictured).

The legend of the WRX first began in late 1992, the same year the first-generation Impreza launched globally to replace the Leone.

Powered by a 2.0-litre turbocharged petrol boxer engine, the original WRX punched out 177kW at 6000rpm and 304Nm at 5000rpm (some markets including Australia scored a less potent 155kW version), with a five-speed manual transmission and Subaru’s symmetrical all-wheel drive.

The STi version followed in 1994 with a more potent 184kW engine and a number of other mechanical enhancements, and was the first model to sport the now-legendary blue paint and gold wheel colour scheme. 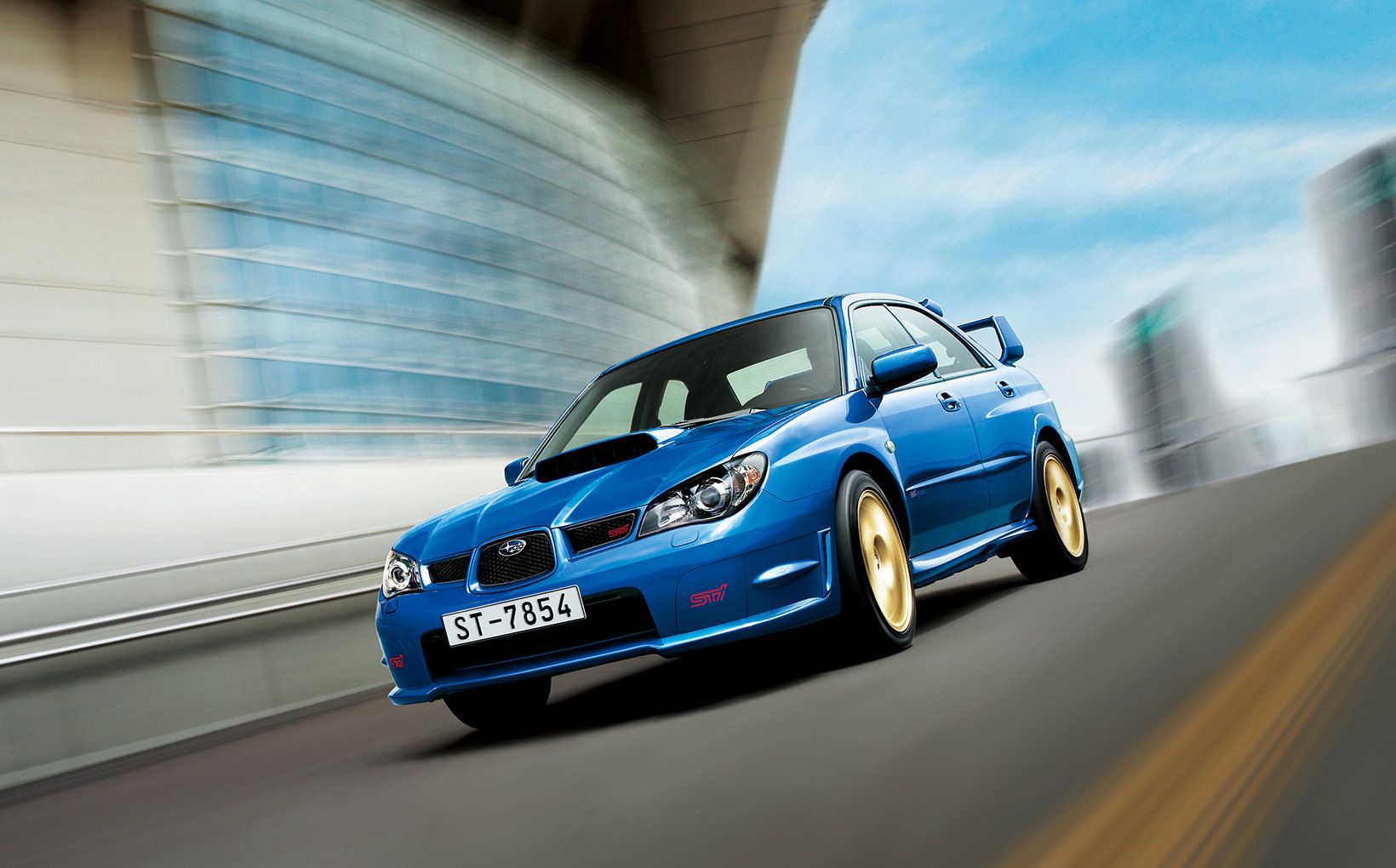 Blue exterior paint and gold wheels are now synonymous with the legend of the rally-bred WRX.

Released in 2000, the second-gen ‘Bugeye’ version landed with a 186kW engine in JDM spec, while Aussie versions had to make do with 160kW/292Nm.

A facelift came a couple of years later, and brought with it a small bump in power to 169kW/300Nm, while the STi cranked out 195kW/343Nm.

The third-generation version arrived in 2007 with a less ostentatious exterior styling and the 2.5-litre engine introduced late in the second-gen’s life cycle, which delivered the same 169kW as the old version, with 20Nm of extra torque. 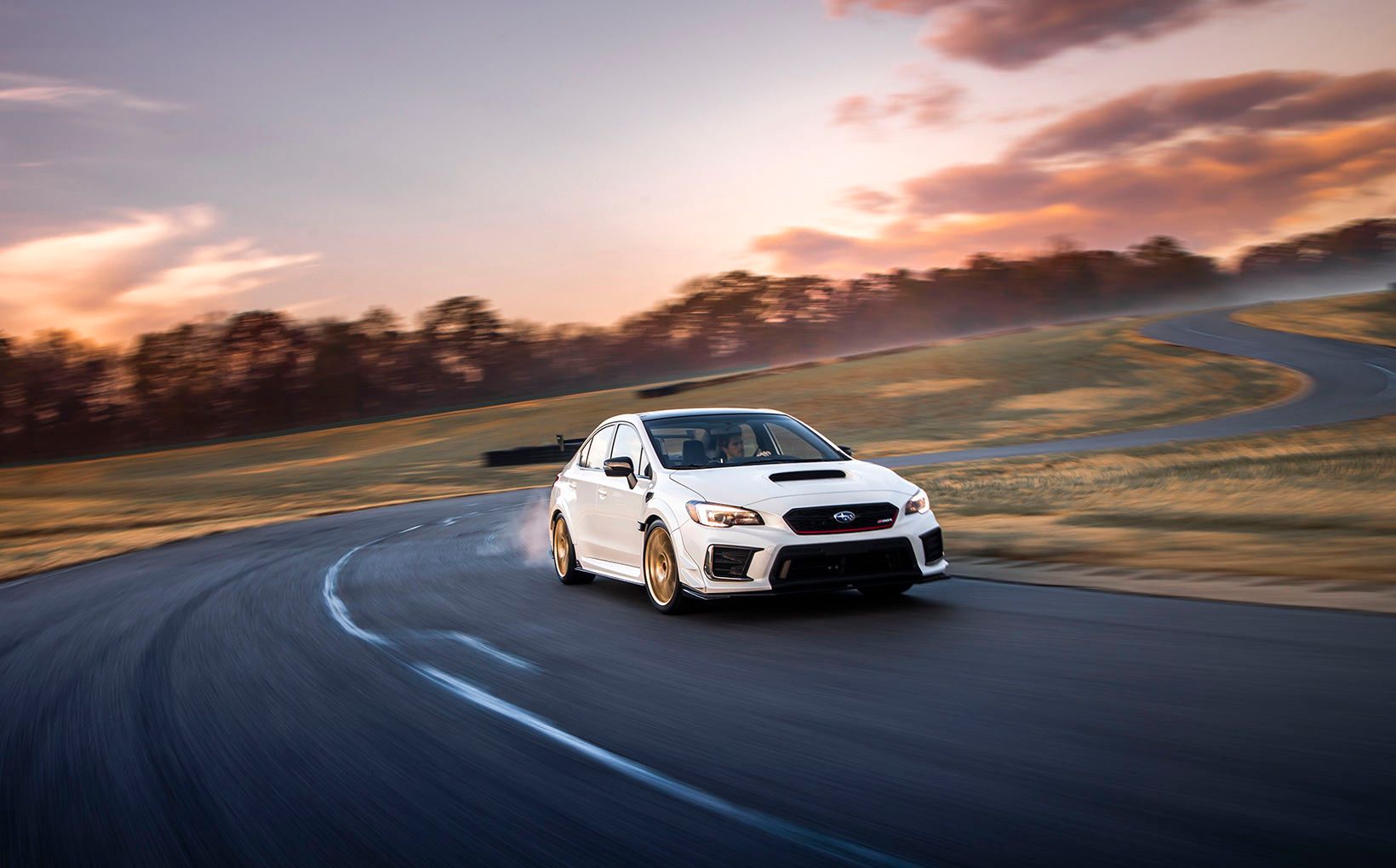 The fourth and current-generation version arrived on the scene in March 2014, with the most powerful iteration revealed early last year in the form of the WRX STi 209, which punched out 254kW from its 2.5-litre mill.

WRX sales plummeted 48.2 per cent in 2019, however the arrival of an all-new version should see a spike in popularity for the beloved, rally-bred four-door performance car.

Protect your Subaru. Call Shannons Insurance on 13 46 46 to get a quote today.