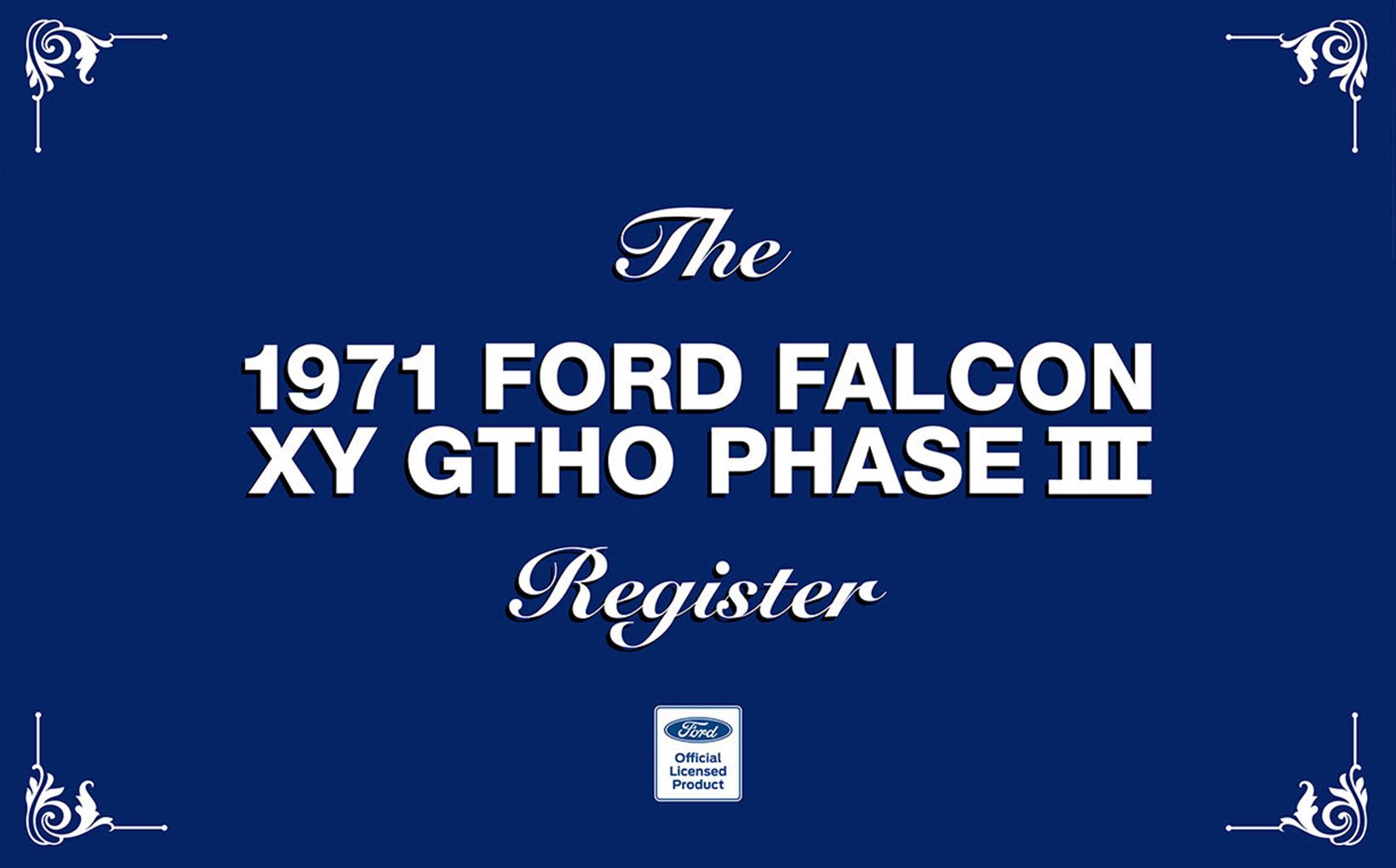 Finally, the book that was 50 years in the making!

Officially licensed by the Ford Motor Company, ‘The 1971 Ford Falcon XY GTHO Phase III Register’  is filled with information known previously only to insiders. Mysteries are solved, myths busted, and secrets revealed. Inside you’ll find a detailed history on every specific GTHO Phase III built, and each car’s story of survival told. Included are how many are left, how many were stolen, how many were crashed or written-off, how many were raced, and how many are still missing in action.

Also included within are, which Ford dealerships sold which GTHO Phase III, unusual build anomalies and rare one-offs, decades of value trends, and first-hand ‘memory lane’ accounts from original owners. This is the most comprehensive work ever completed, one that tells the story of the fastest four-door production sedan in the world, about the men who created, built, drove and raced them when they were new. And just like the mighty Falcon GTHO Phase III, each book is a sound investment sure to appreciate over time.

After the initial release of 300 individually numbered Black Edition GTHO books selling out in just 4 hours, the Blue Edition is one for the Ford fans that missed out.

'BLUE EDITION’ PRE-ORDER AVAILABLE NOW FOR A LIMITED TIME ONLY

Hurry, they’re selling faster than a GTHO down Conrod Straight!

If you currently own or previously owned a GTHO Phase III, and would like your GTHO story to be told (with/without your name published) within the GTHO book, please email grandtourer@bigpond.com