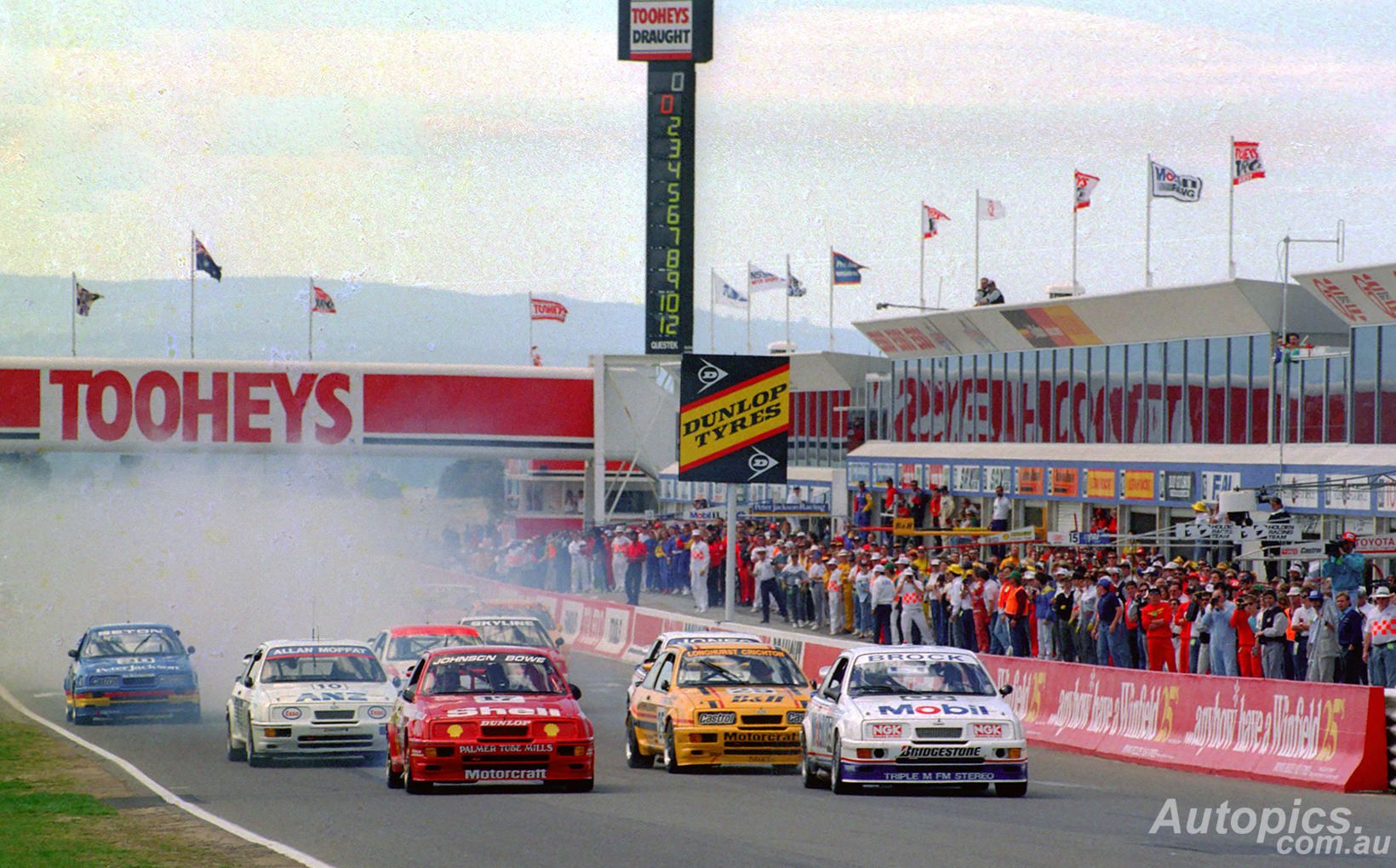 In 1985, the Australian Touring Car Championship adopted the international touring car regulations for the first time. These were known as Group A, and many manufacturers created cars or variants of cars to compete.

These replace what had become known as the 'Big Bangers', mostly Holden Commodores and Ford Falcons, with a smattering of Torana V8s similar to the car I race in the Touring Car Masters series. These were domestic cars and have become legendary, mainly because of their aggressive looks and massively fat tyres. I often say that the only thing big about them was the exhaust and tyres.

There was a lot of excitement when Group A was adopted, bringing Australia into line with Europe and the UK. Manufacturers such as Ford, BMW, Volvo, Alfa Romeo, Mitsubishi, Nissan and Rover produced Group A variants of the real models from the production line. 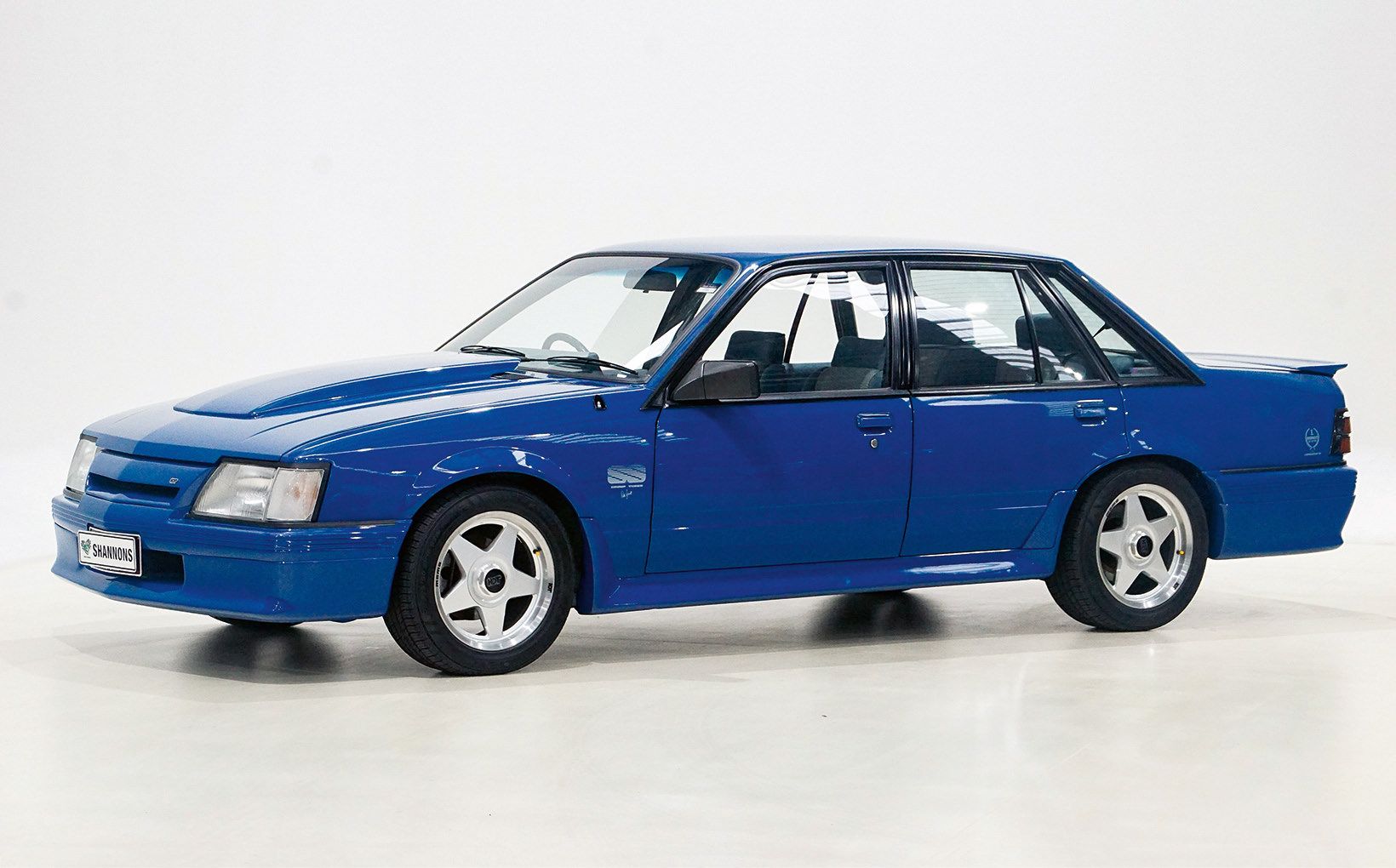 In Australia, Peter Brock's company HDT were tasked with doing a Group A variant of the Commodore, the 'VK Blue Meanie' as it became known; these are quite sought after now and fetch eye-watering money.

As a keen young open-wheeler racer, I watched this with great enthusiasm. Consequently, I put myself out there to see if I could be of interest to any of the teams, I had a feeling that this was when touring car racing would become big time, and I wanted to be involved. After many dead ends, I eventually landed in the Volvo team, under the leadership of the legendary John Sheppard, who is still my friend to this day. 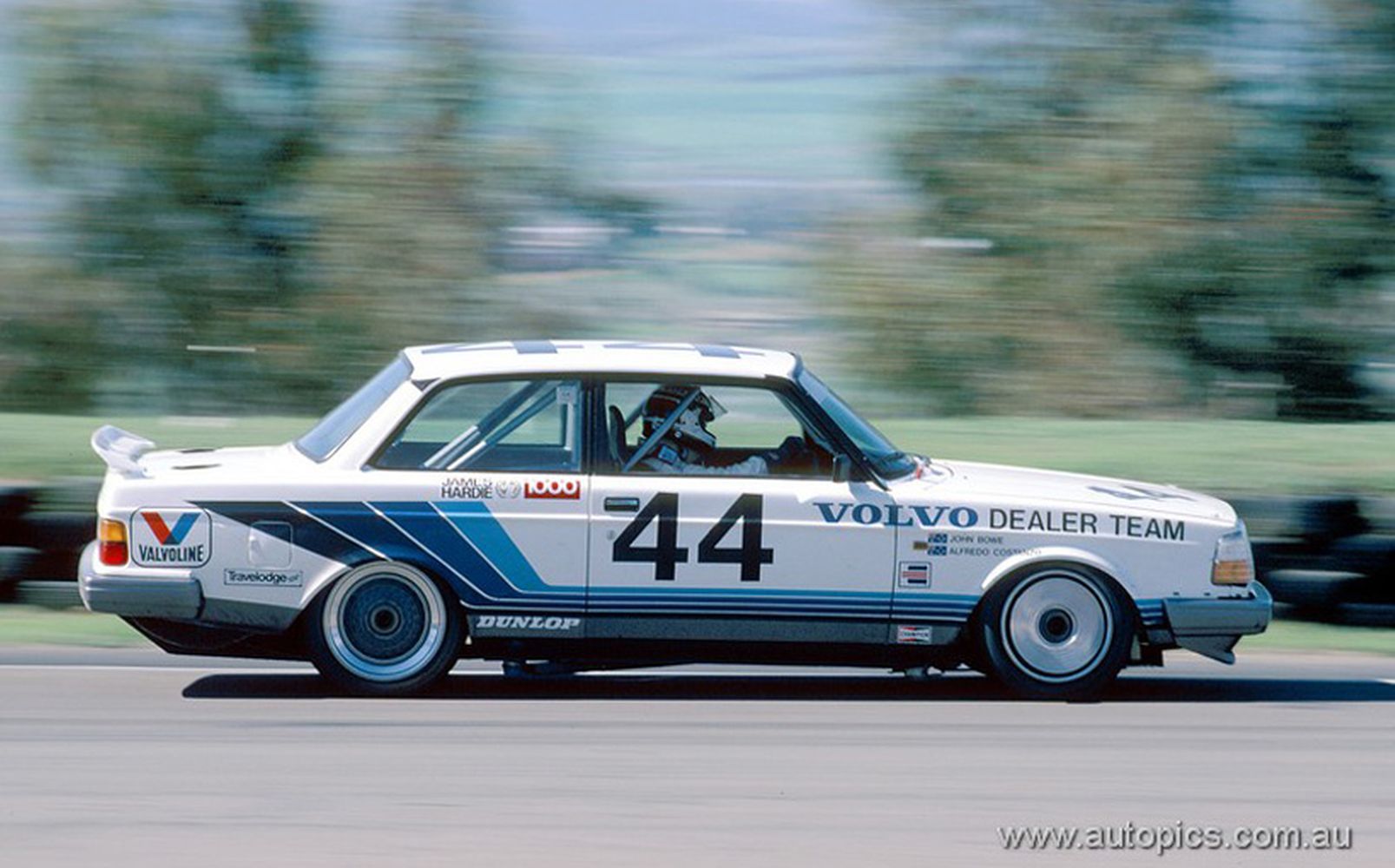 The move to touring cars from very precise open-wheel single-seaters was quite an adaption at the time. I still clearly remember my first time at Bathurst with the Group A Volvo 240 T. A relatively narrow and tall car, which rocked and rolled across the top of the mountain and gave me white knuckles.

I will never forget Alan Grice for his advice that first year; he helped me a lot even though he was one of the top operators of the time. I was immediately competitive - thank goodness, and it was the first time I got paid to drive a race car. I thought, wow, how good is this. Even though it wasn't much money, it was a monthly retainer and a new experience for a struggling racer from Tassie. 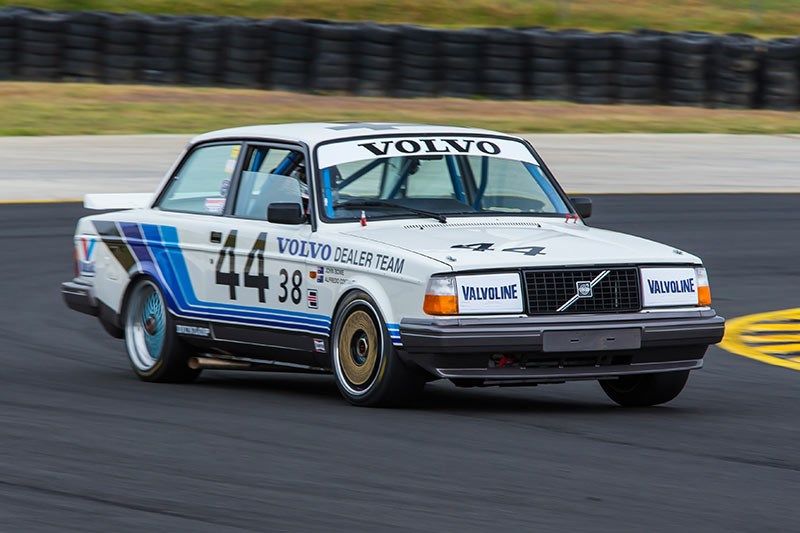 The Volvo was a factory-built car from the manufacturer's plant in Sweden. They had their motorsport department in-house, and the race cars were intended to lift the image of their regular and staid vehicles. The Volvo 240T became a halo model.

Volvo has since been in and out of Motorsport several times, always with good effect. Those early Group A seasons produced some excellent and mixed results. The crowds grew, and not to mention the late Mike Raymond and his Channel 7 sports team started producing some fantastic innovative live racing on TV. 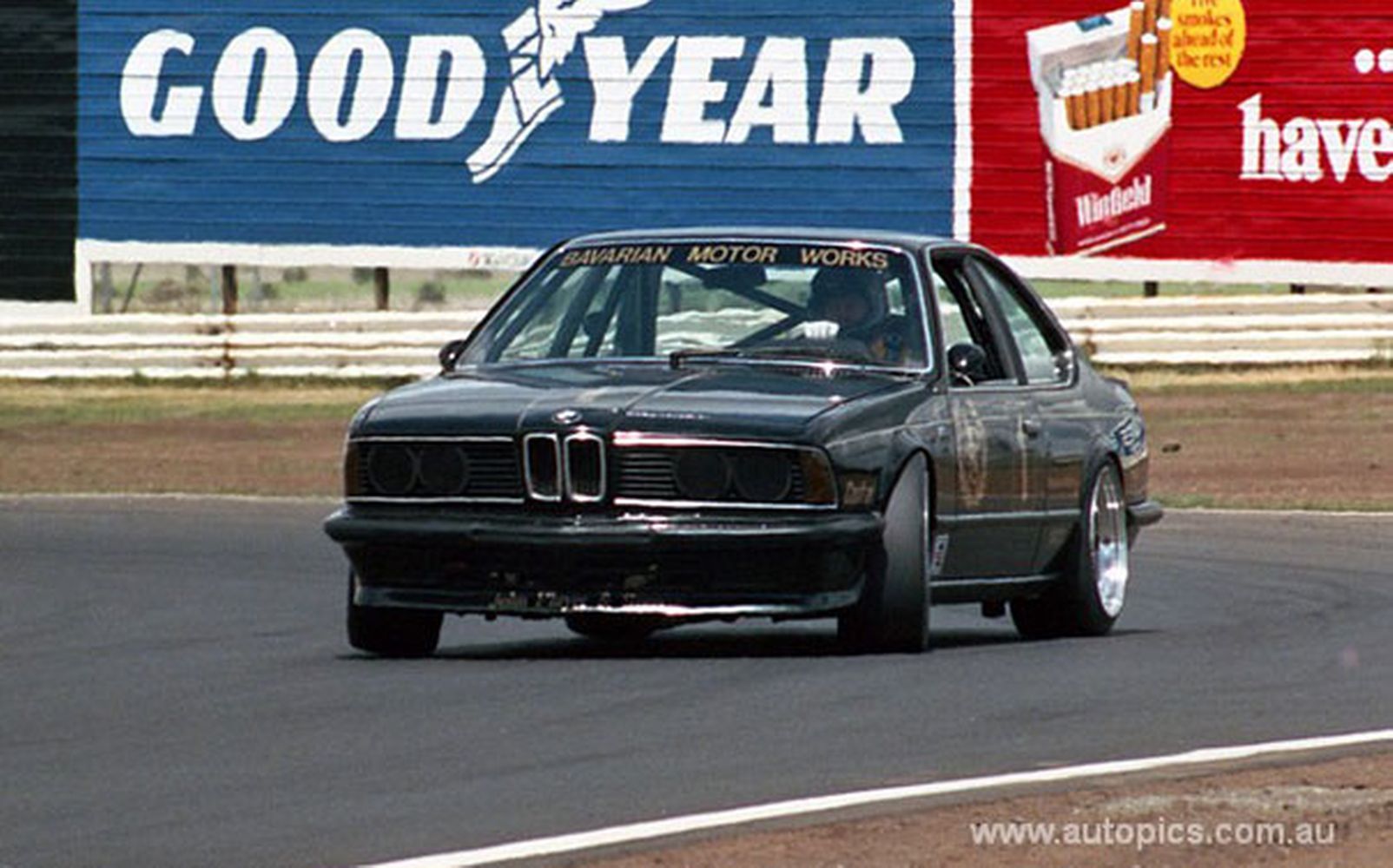 Jim Richards stepped it out in fine style during his domination of the 1985 Australian touring car season. The new Group A rules were a near-perfect fit for the 635 CSi. (Image from: autopics.com.au)

My friend, the great Jim Richards, was the first Group A champion, driving a JPS cigarette liveried BMW 635. BMW is very involved in Motorsport around the world as an image builder, which is still happening.

Unfortunately, Volvo withdrew from Motorsport overseas and in Australia at the end of the 1986 season, so I was out of a drive. Luckily I was invited to join a very young Glenn Seton in the factory-backed Nissan Skyline for the long-distance races, where we finished second at the Hardie Ferodo 1000 at Bathurst, a great result. 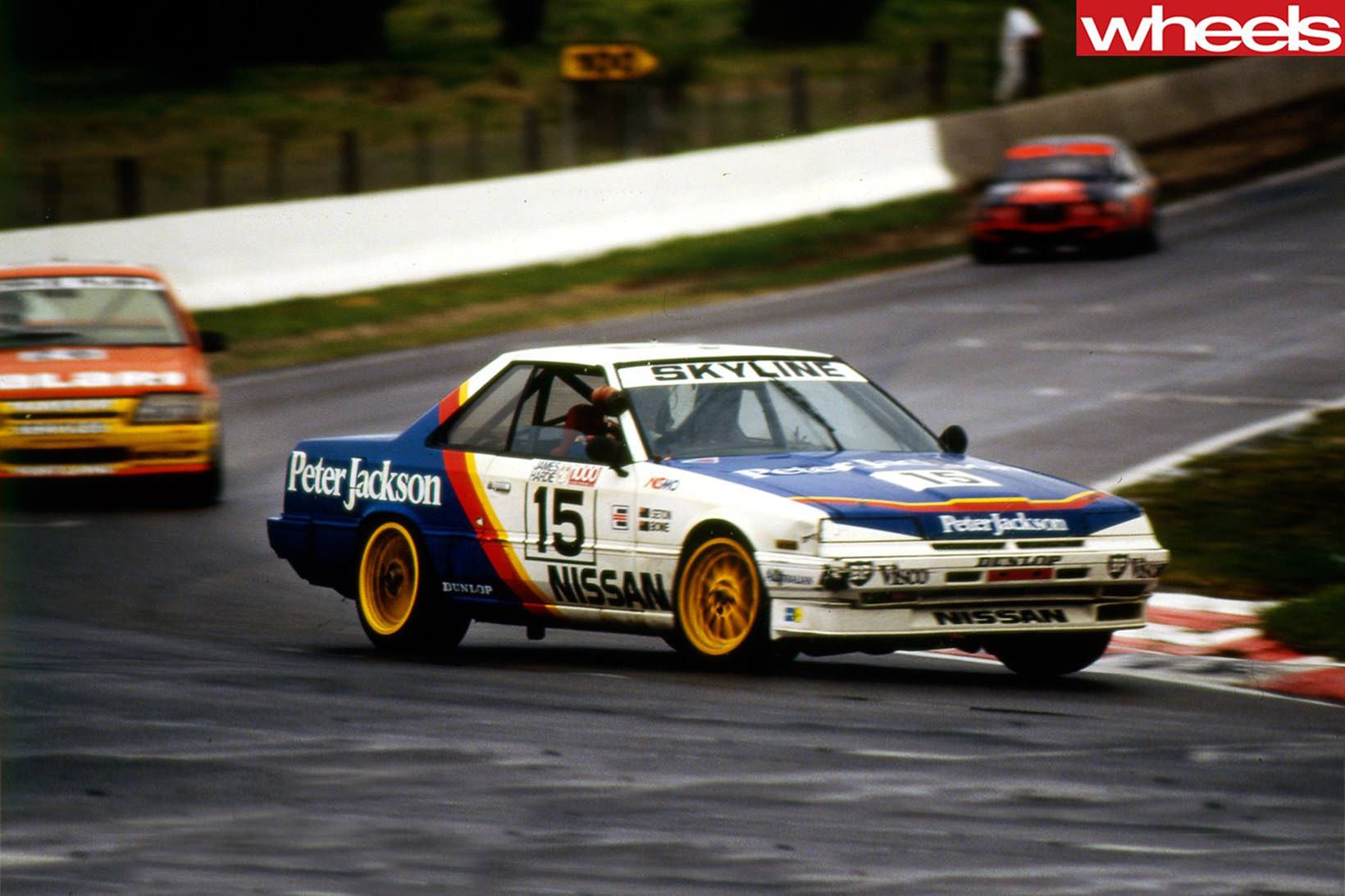 The following year Ford produced the homologation special, the Cosworth Sierra RS 500. There is way more interest in the RS 500 nowadays than in the day. In my motor racing travels, I'm often asked about the Sierra and what it was like to drive.

Another stroke of luck in my life came about before the start of the 1988 season when a legendary Australian driver invited me to drive for Dick Johnson Racing. Even luckier still was that the DJR technical chief Neal Lowe had a fantastic grasp of the electronic systems needed to keep high boost turbo engines alive. They eventually produced upwards of 600 horsepower on full boost but had shocking turbo lag, which created some unusual driving styles. Remember, this was before the data acquisition systems, now available to all drivers, even at grassroots. 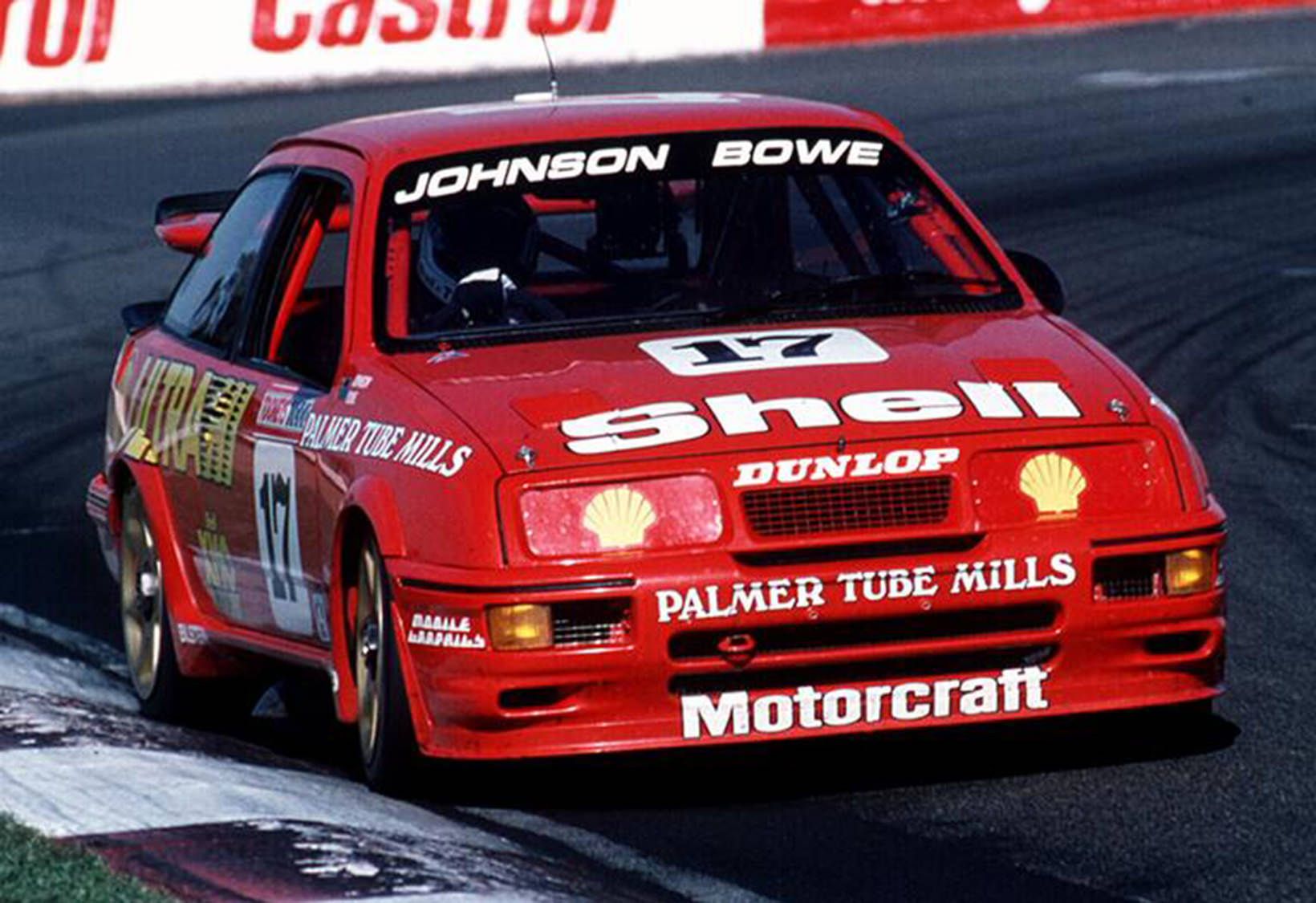 That time with DJR was like a dream come true for me. Being part of a professional, well-run race team was all I'd ever dreamt of and led to Dick and myself finishing first and second in the championship two years in a row. Second at Bathurst in 1988 and leading every lap to win the 1989 Bathurst 1000. That was a big moment and one I still cherish to this day. 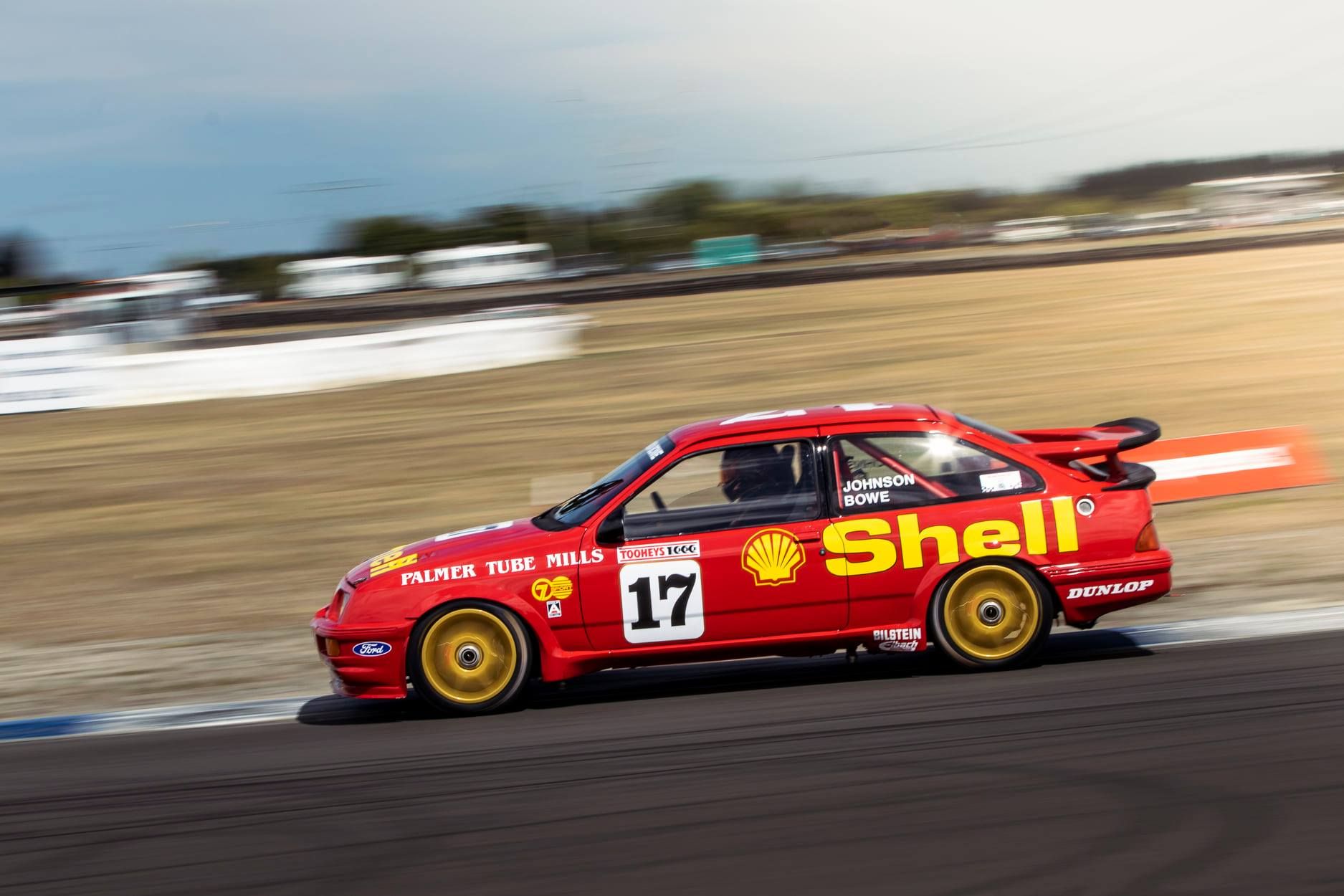 On the subject of the Sierra, in September, I have been invited to race the last DJR Sierra produced, which now lives in New Zealand, so being reunited with it after 30 years is very exciting. I hope I remember how to handle the turbo lag and light switch power delivery, but I'm up for the challenge.

Happy motoring to all my Shannons Club friends,

See you at the track.