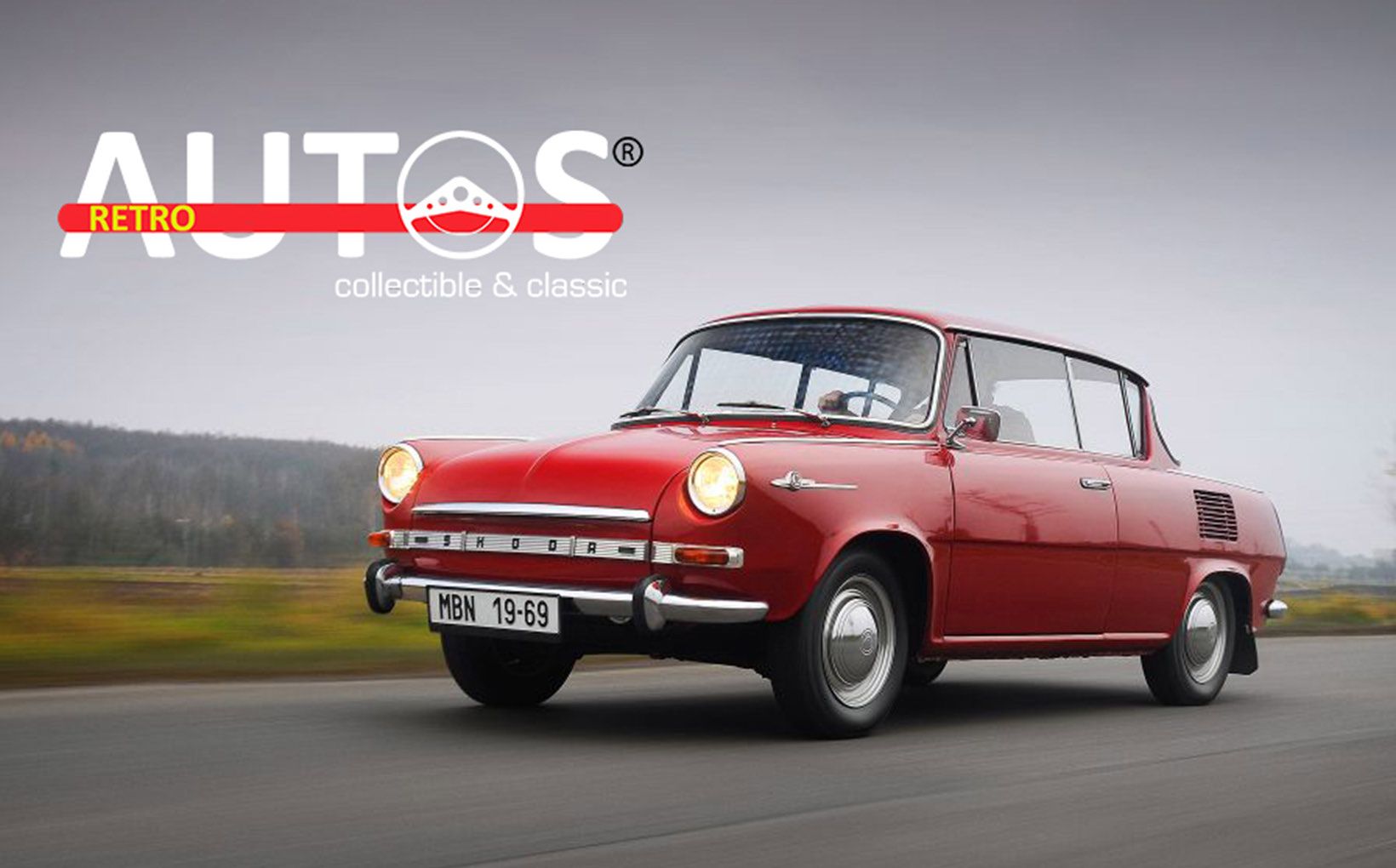 Had you been at the 1966 Geneva Motor Show you would have seen some spectacular automobiles.

There was the bright orange Lamborghini Muria, still beloved by misty-eyed motoring journalists the world over.

And what about staid old Vauxhall?!

In one move they threw off their buttoned-up cardigan image and paraded their sensational XVR concept car. Painted in British Racing Green, of course, the car was styled and engineered by Leo Pruneau, Wayne Cherry, John Taylor and Judd Holcombe.

Both drew enormous crowds and were hailed as styling masterpieces.

BMW launched their 1600-2 coupe at the show, firmly indicating they were on the comeback trail.

So, it is no surprise you might have missed the Skoda stand.

It was in a quiet corner of the pavilion. 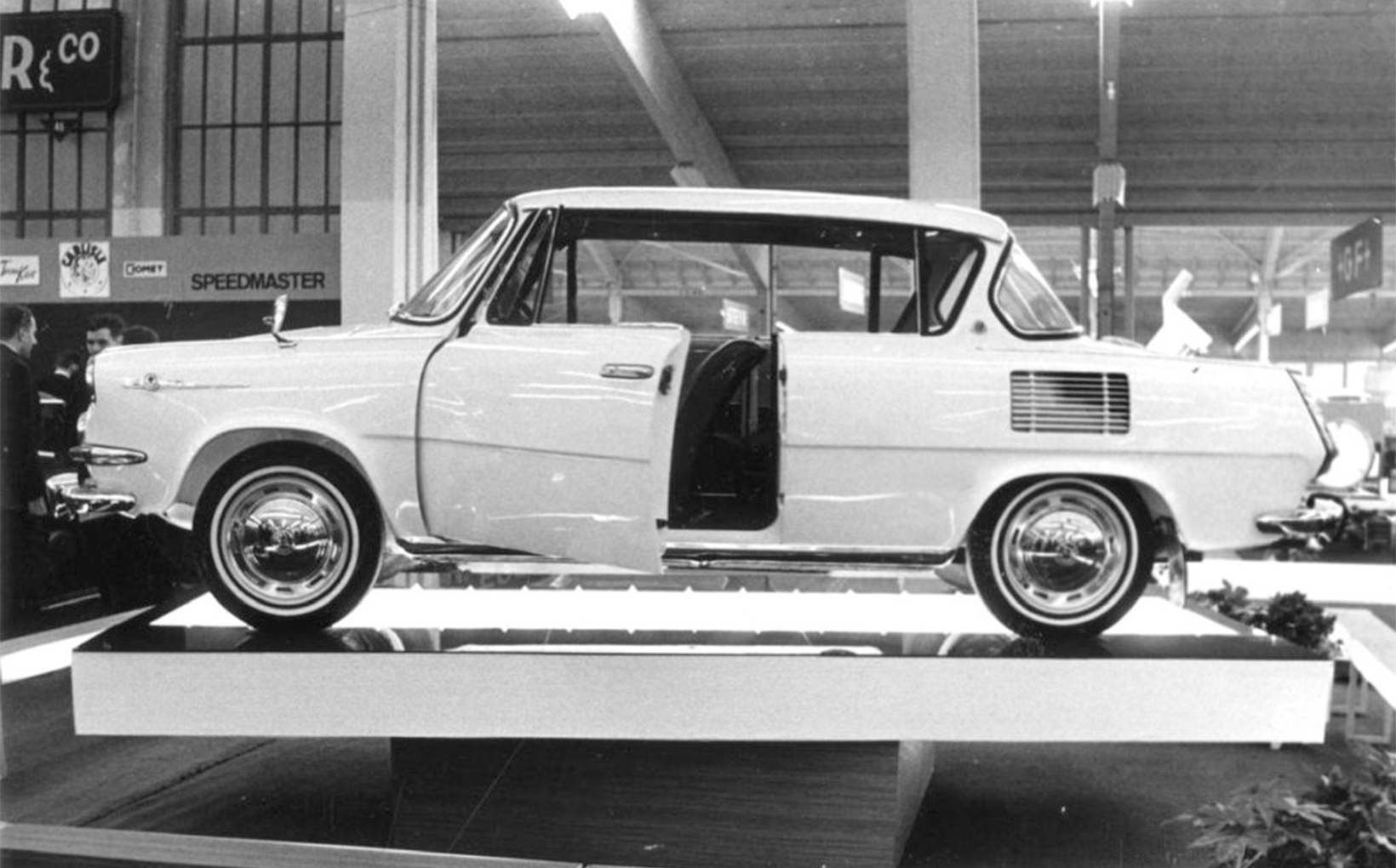 Based on the sedan, the1000MBX coupe was a stylish car from a communist country.

The Czechoslovakian manufacturer had survived through two world wars and was now under strict communist control. What they unveiled at the Geneva was a real surprise. 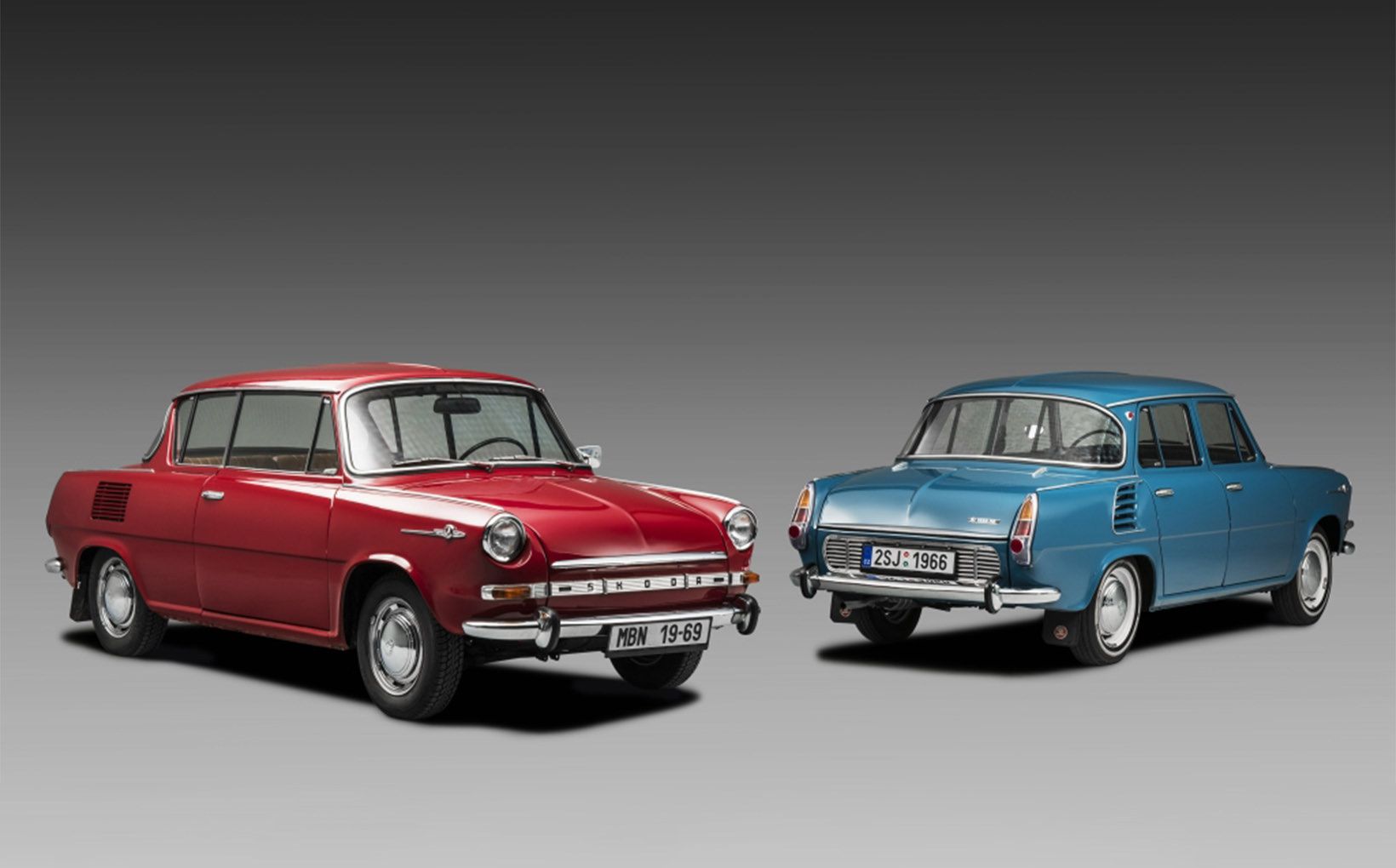 The rear engine format was based on a VW template.

Based on Skoda’s rear engine four door sedan, it initially featured a 998cc motor with a timid 38 kW (52 hp) output.

It is a wonder that the folks at Skoda were allowed to develop a coupe by their dour communist overlords. 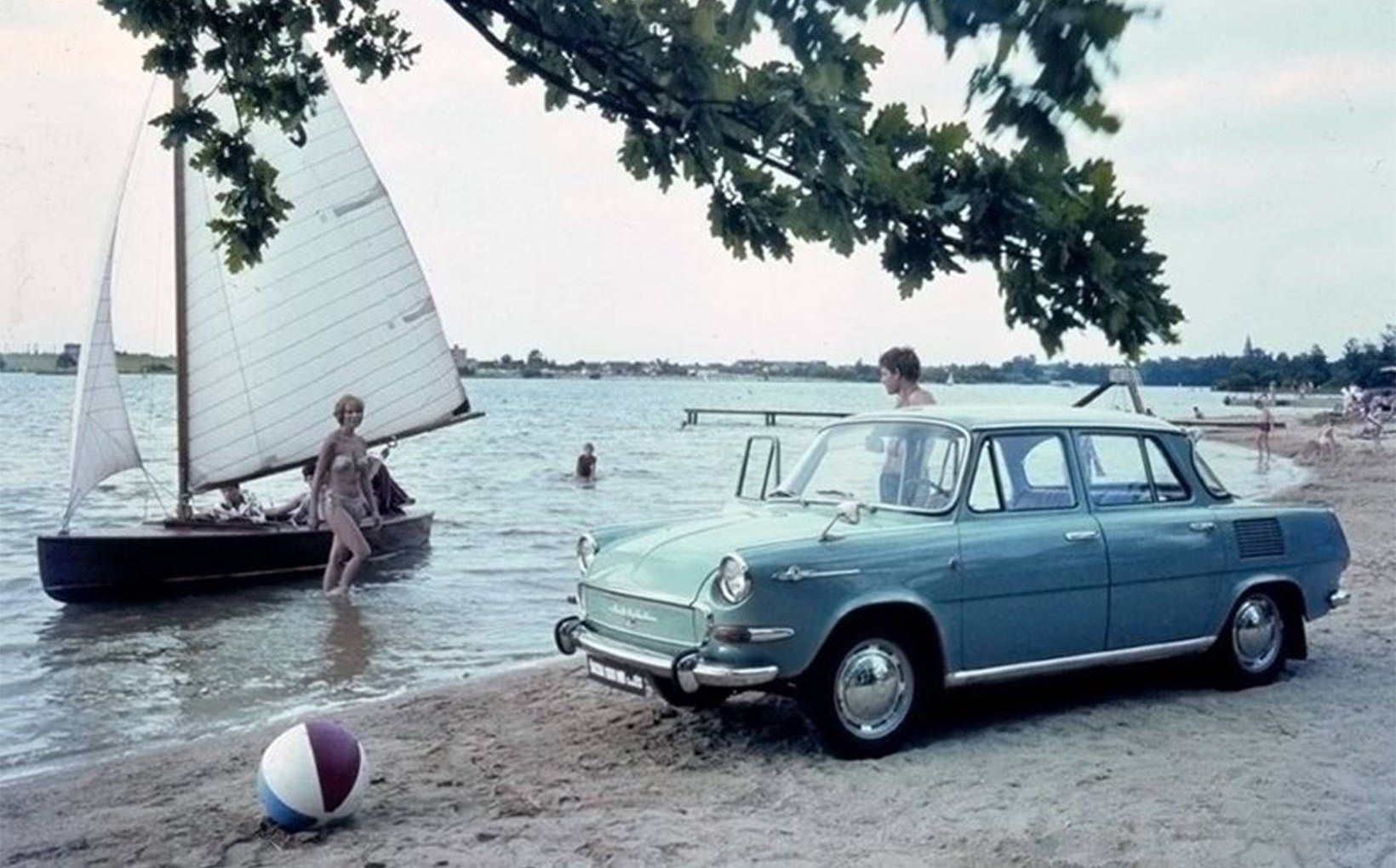 Despite the youthful, care free lake-side setting of this print advertisement, owning a car was more an aspiration than a reality for any Czechoslovakians.

Let’s face it, the 1000MBX was not a practical car to use on the collective farm, comrade.

No hauling potatoes, pigs and cow dung to the local village’s open-air market in this little rig.

No parking this stylish thing outside of the communist party headquarters while attending the weekly indoctrination meeting. 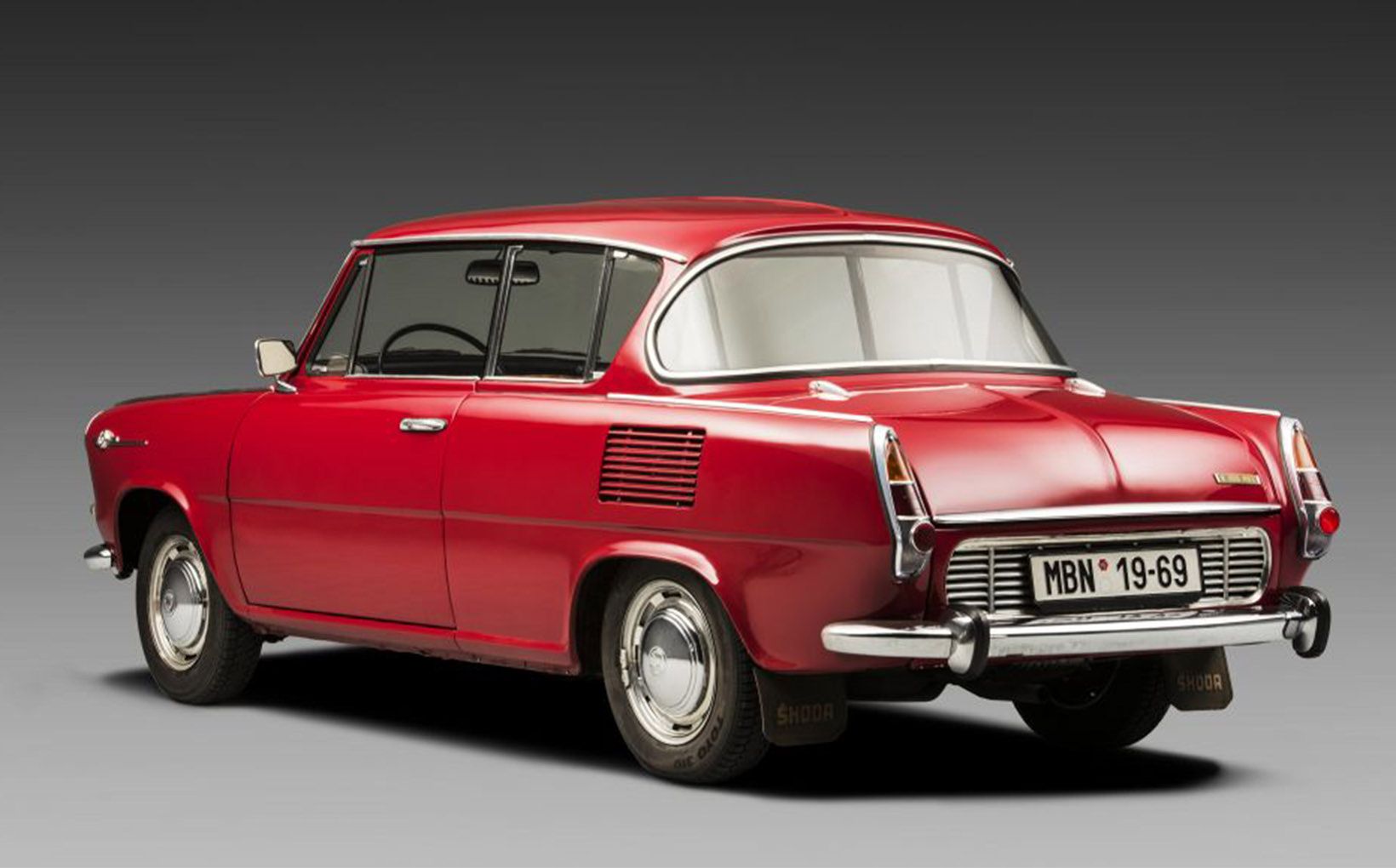 Here was a car built at the height of the Cold War which embodied all of the styling pizzazz of the automobiles produced by those evil lap dogs of capitalism in Detroit. It was a self-indulgent expression of individuality in the land of the people’s collective.

This was a car in which you rolled down the windows and flaunted its westernised and opulent pillarless design, as you nonchalantly motored by the workers as they toiled in the fields for the greater good. 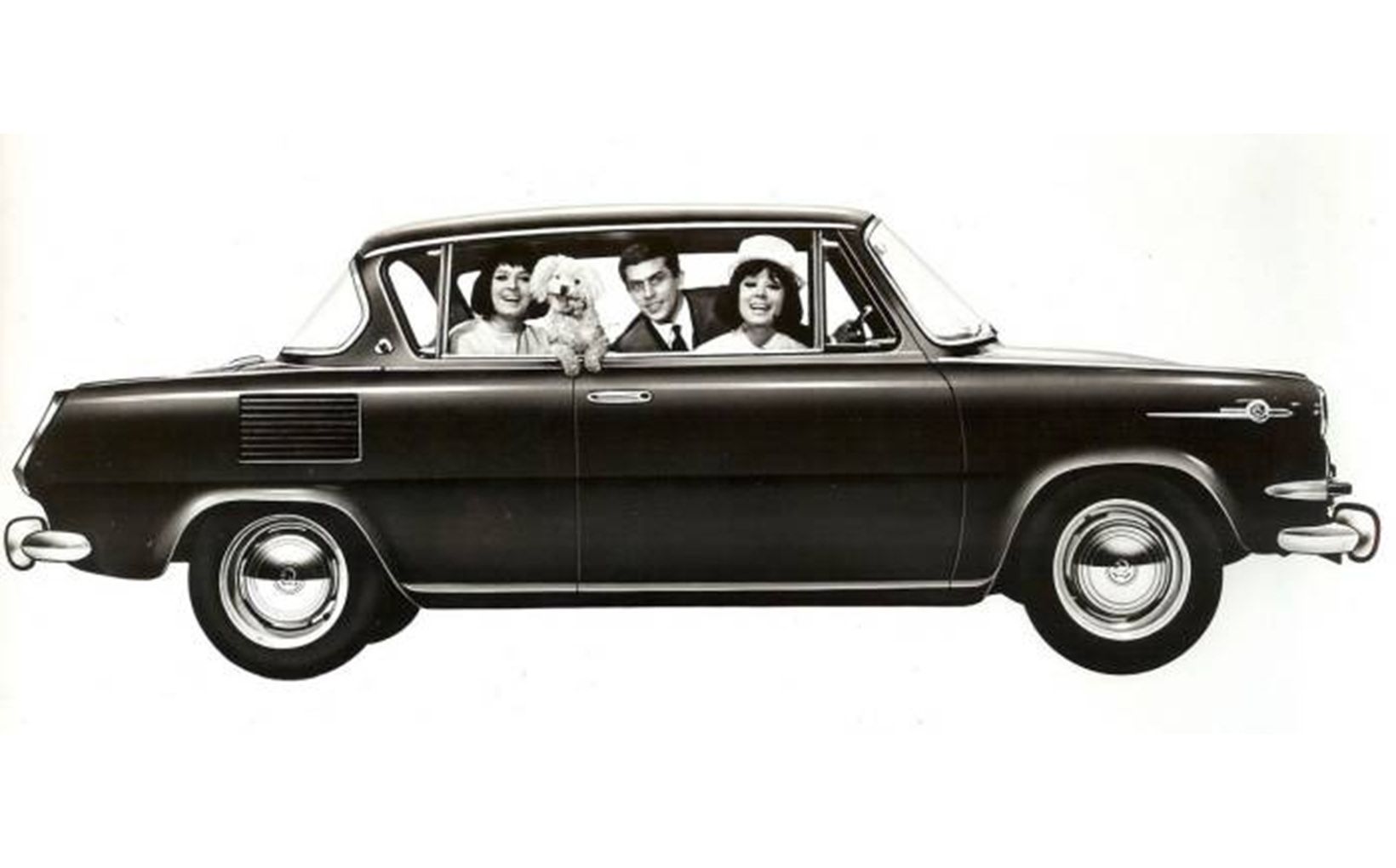 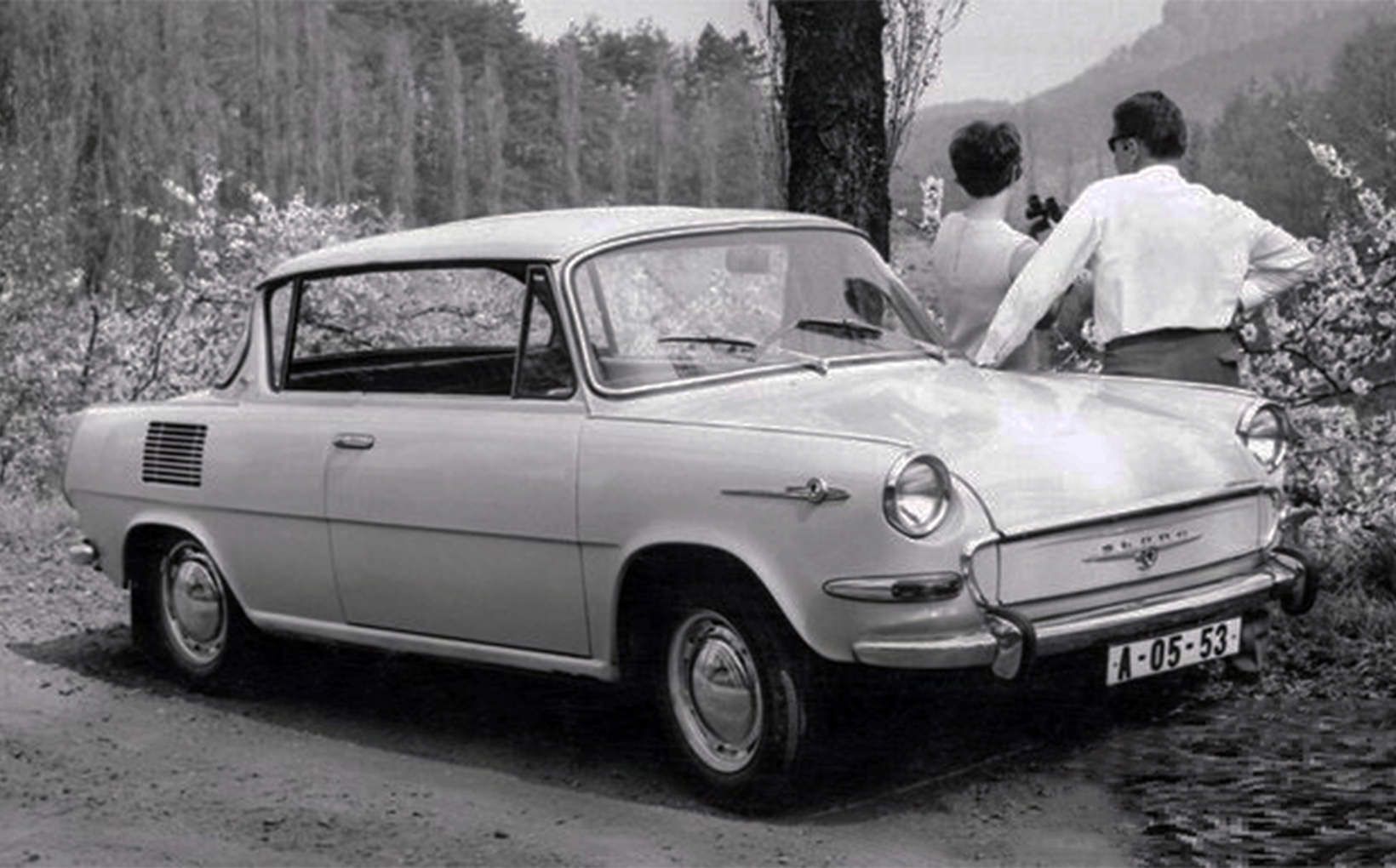 The smiling faces in the advertisements covered up the much harsher realities of life behind the iron curtain during the Cold War.

In 1967 a 1.1 litre engine was fitted and the car was now called the 1100MBX. Power output remained unchanged.

Assembly of the coupe was time consuming because it was largely hand built in a special section of the Skoda factory, and this made it an expensive car for most Czechoslovakians.

Only 2517 were built during its three year production run. Few have survived so it is a rare car these days.

Like so many automotive off-beats, the 1000MBX has now gained a cult status in Europe.

And what can you expect to pay for one of these cold war classics?

You will pay whatever the current owner wants.