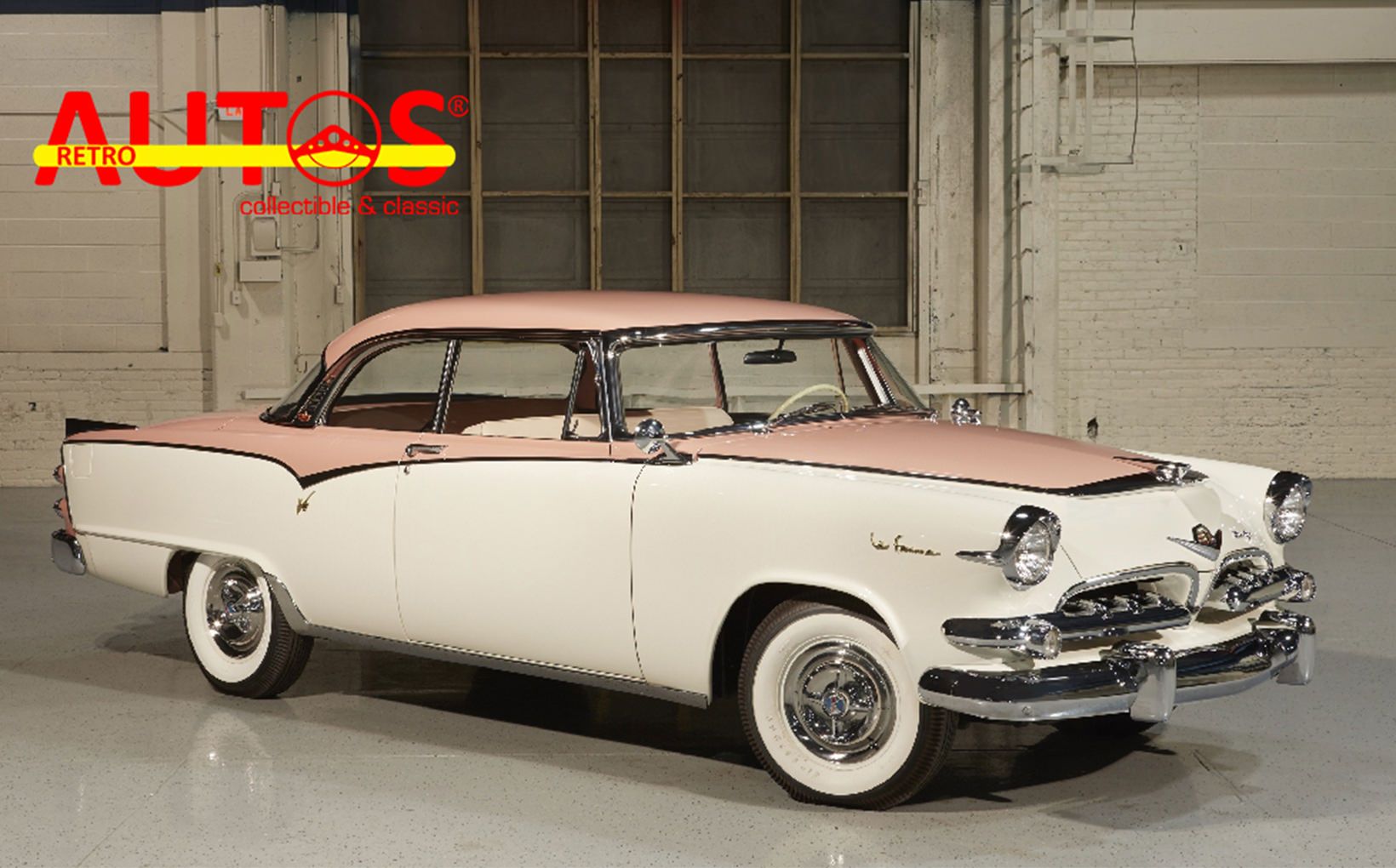 Unveiled in 1955, the La Femme was Dodge’s attempt to appeal to the female driver of the mid 1950's.

The La Femme concept was based on two of Chrysler’s 1954 show cars: the “his and hers” Le Comte and La Comtesse. That’s Count and Countess in English. I know this because I Googled it.

Both were modified Chrysler Newport hardtops. The basic body shape was already six years old so theses twins were not so much a look forward as a last gasp of the 1940s. 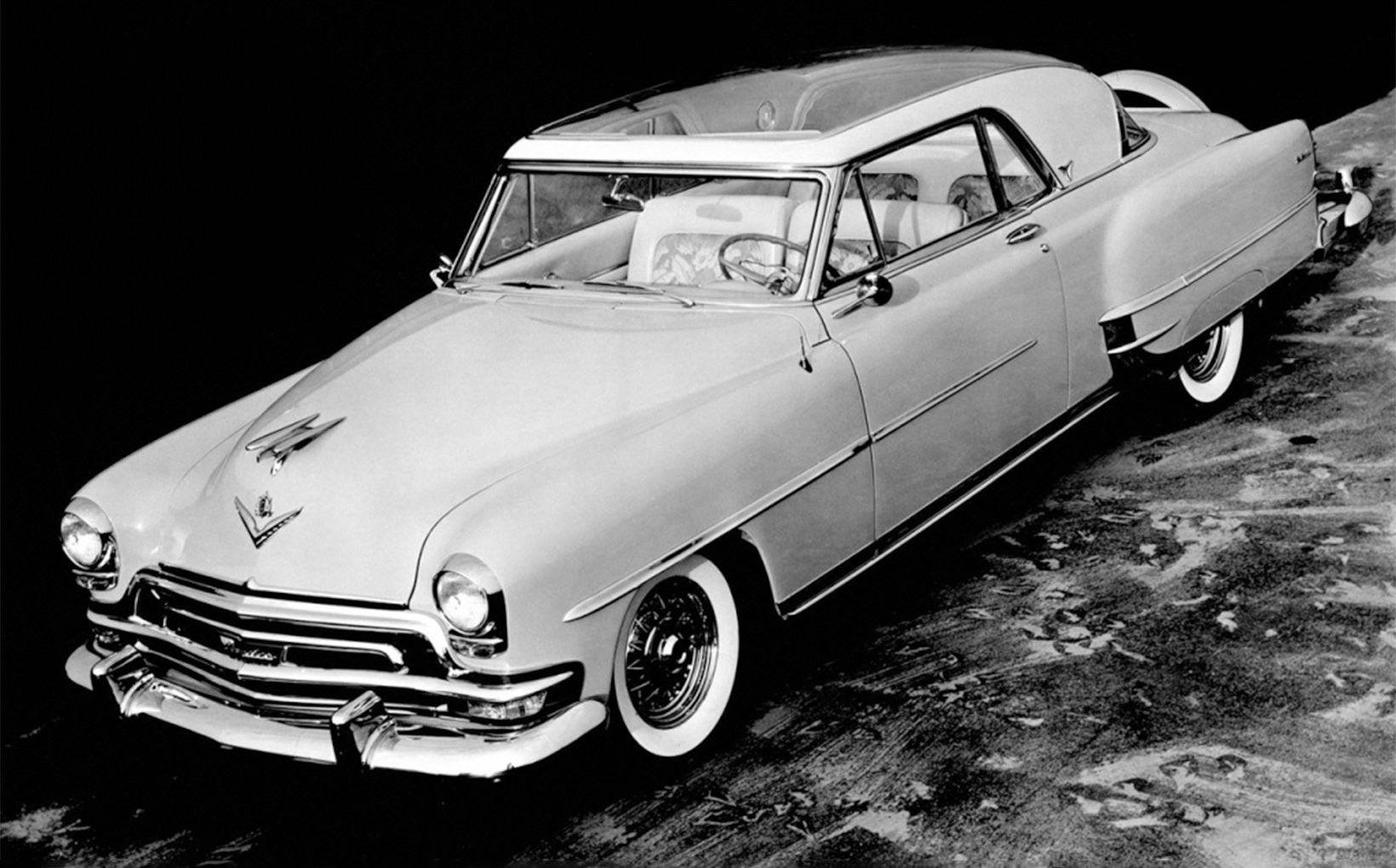 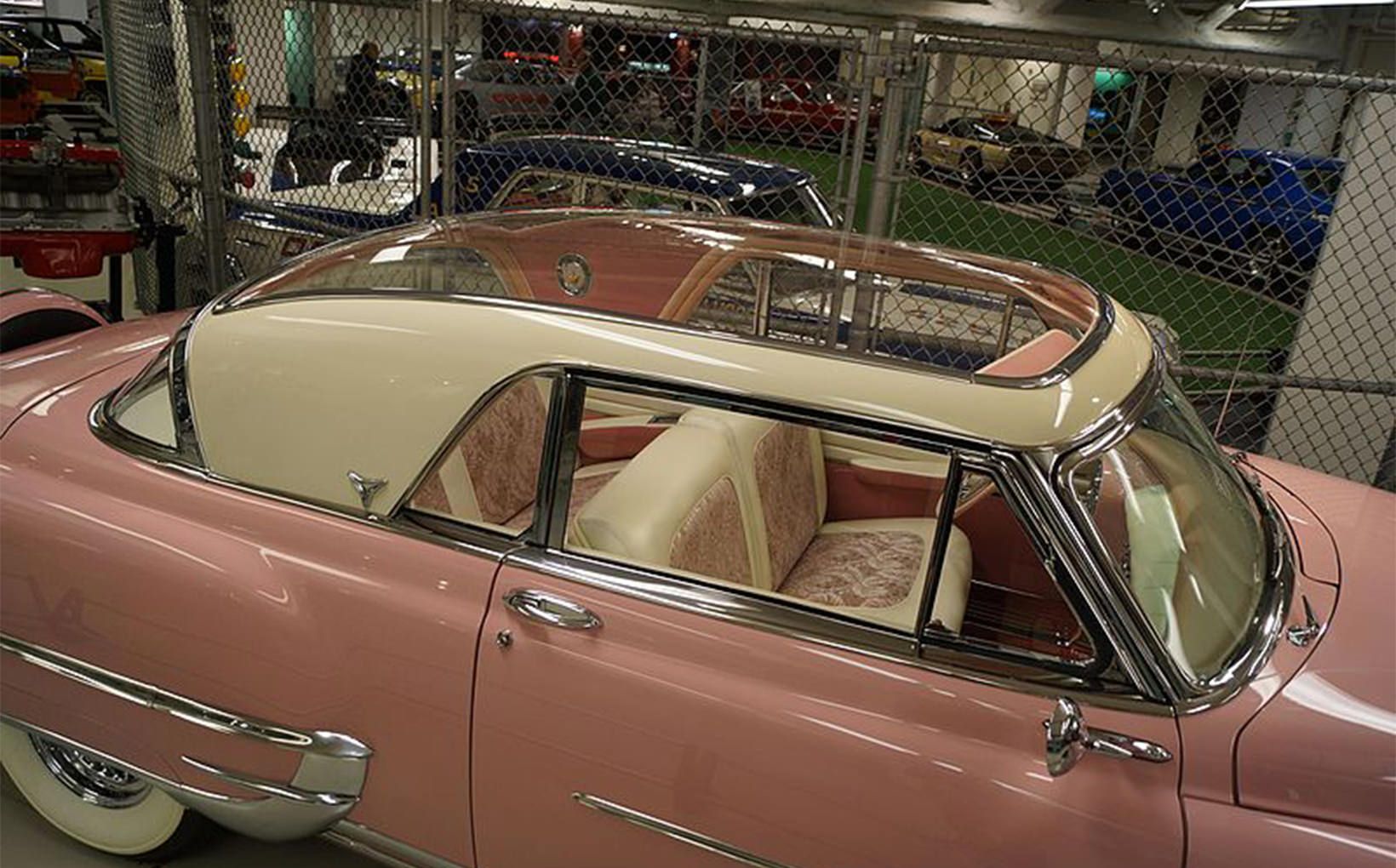 The stand out feature was the clear plastic roof, but it was not really a leading edge innovation. Ford already had its clear roof Crestine Sunliner in production and Mercury had a twin with its Sun Valley. For Chrysler, however, it was new. 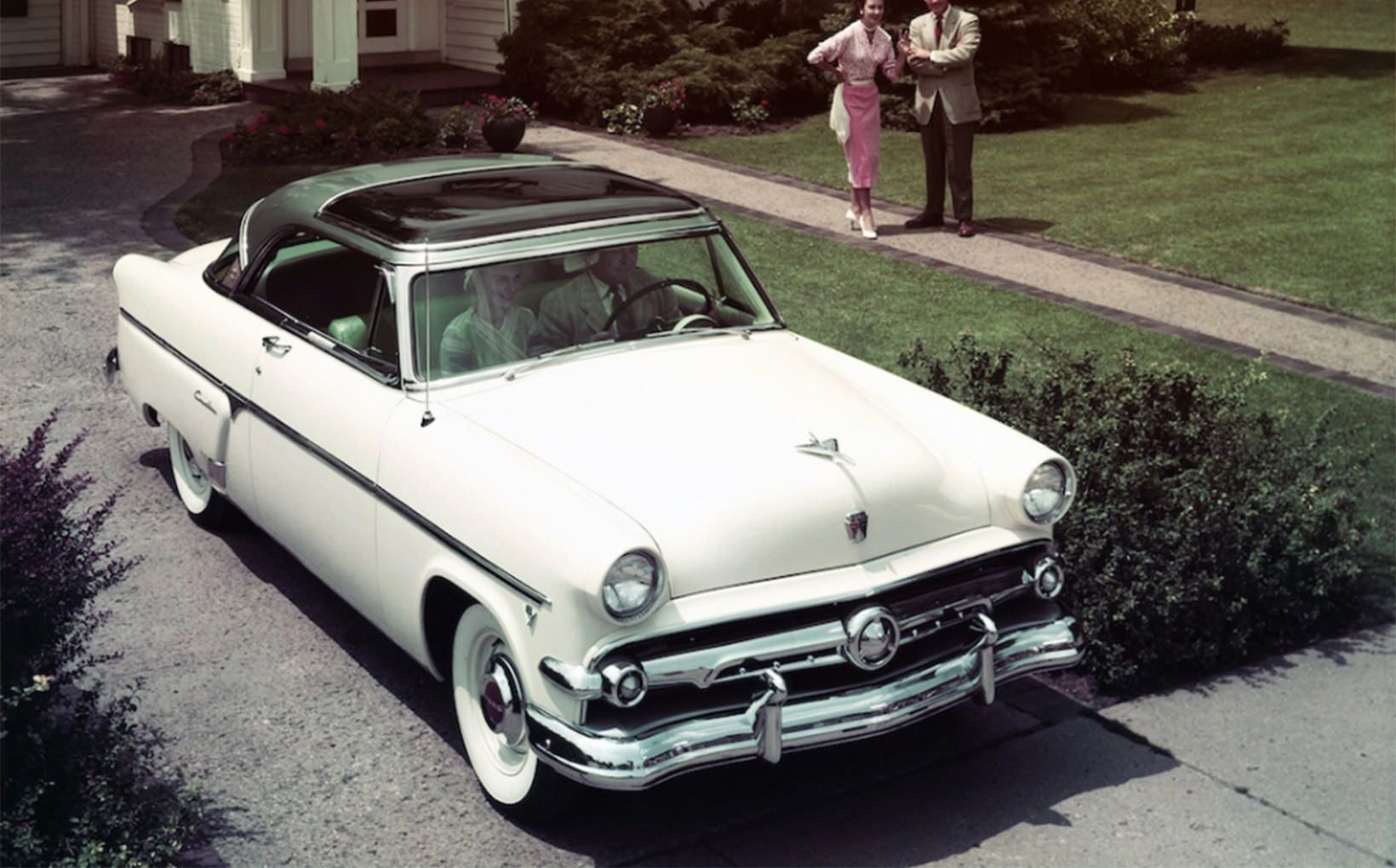 A continental wheel and tyre kit was taken from the Dodge Royal options list and attached to the New Yorker’s rear end. Designers hoped everyone would think it something new.

The Le Comte was painted in the so-called “masculine” colours of black over bronze.

The La Comtesse’s livery was Dusty Rose and Pigeon Grey. This was supposed to convey femininity.

Favourable responses from auto show attendees encouraged Chrysler to pursue the La Comtesse concept and transitioned it into the La Femme. 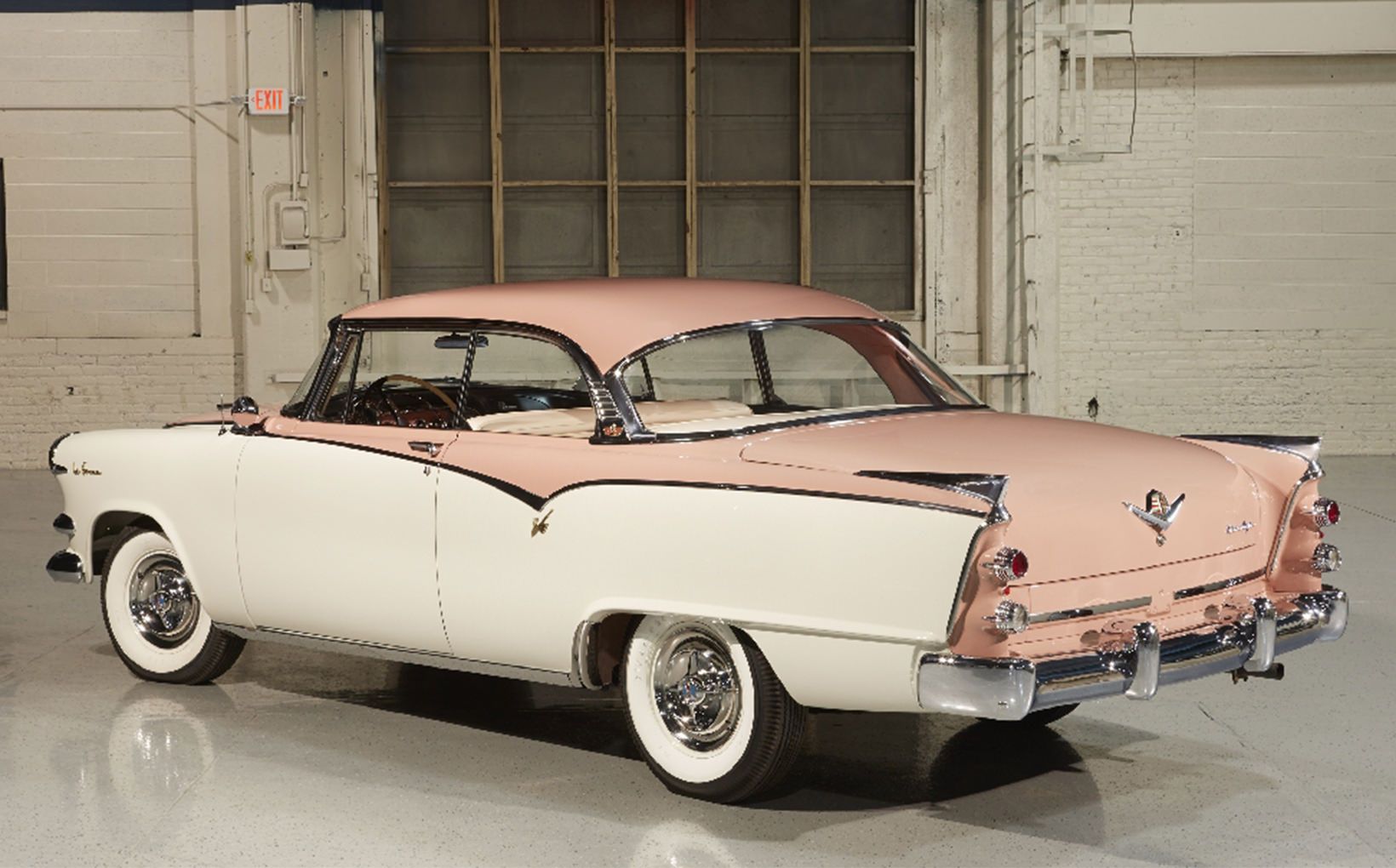 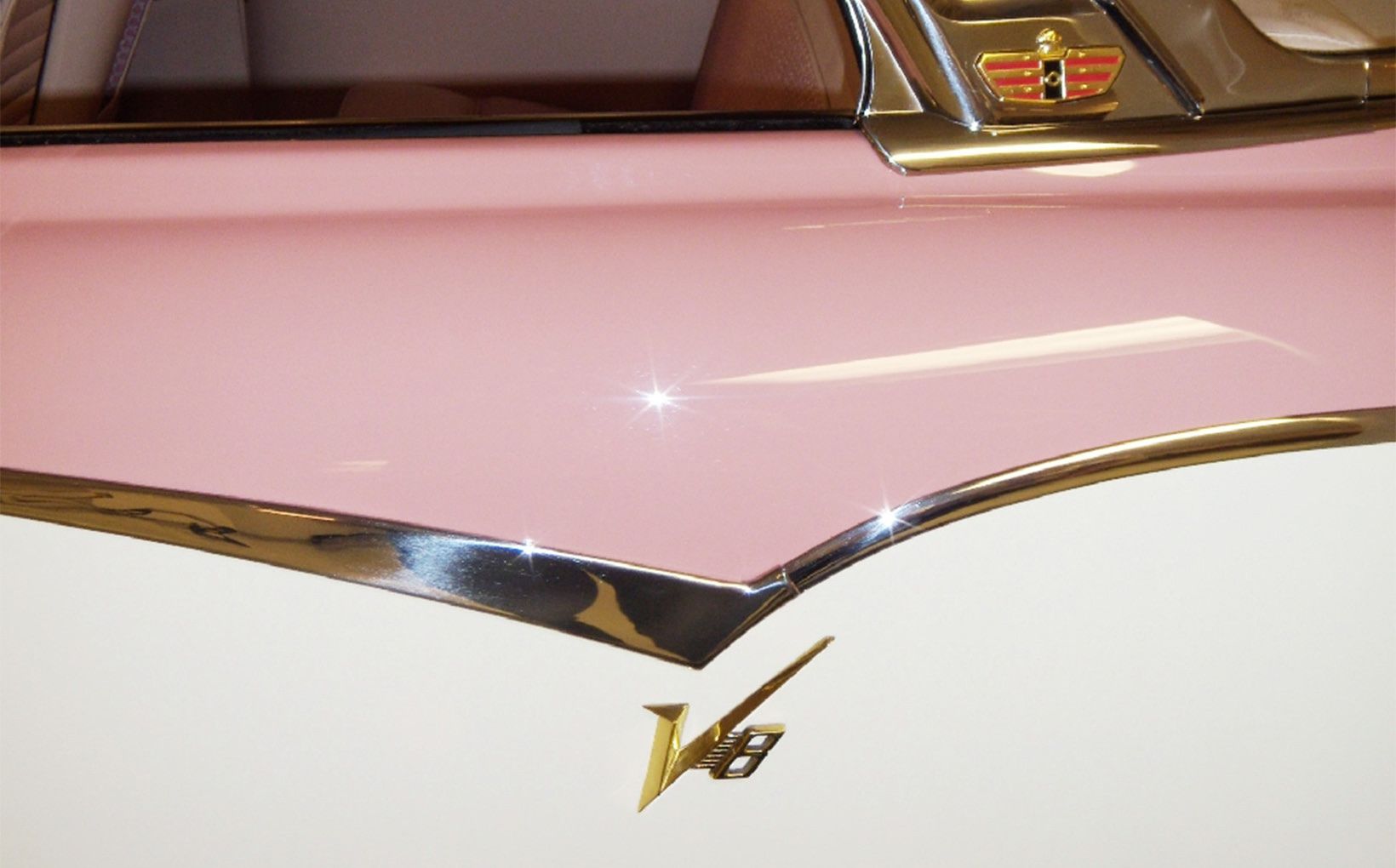 Pink was the overall paint theme for the La Femme. (Copyright Retroautos 2020)

A bag matching the car’s interior colours was standard and stowed in a compartment built into the back of the passenger seat. Each bag contained a matching compact, lipstick, purse, cigarette case and lighter. 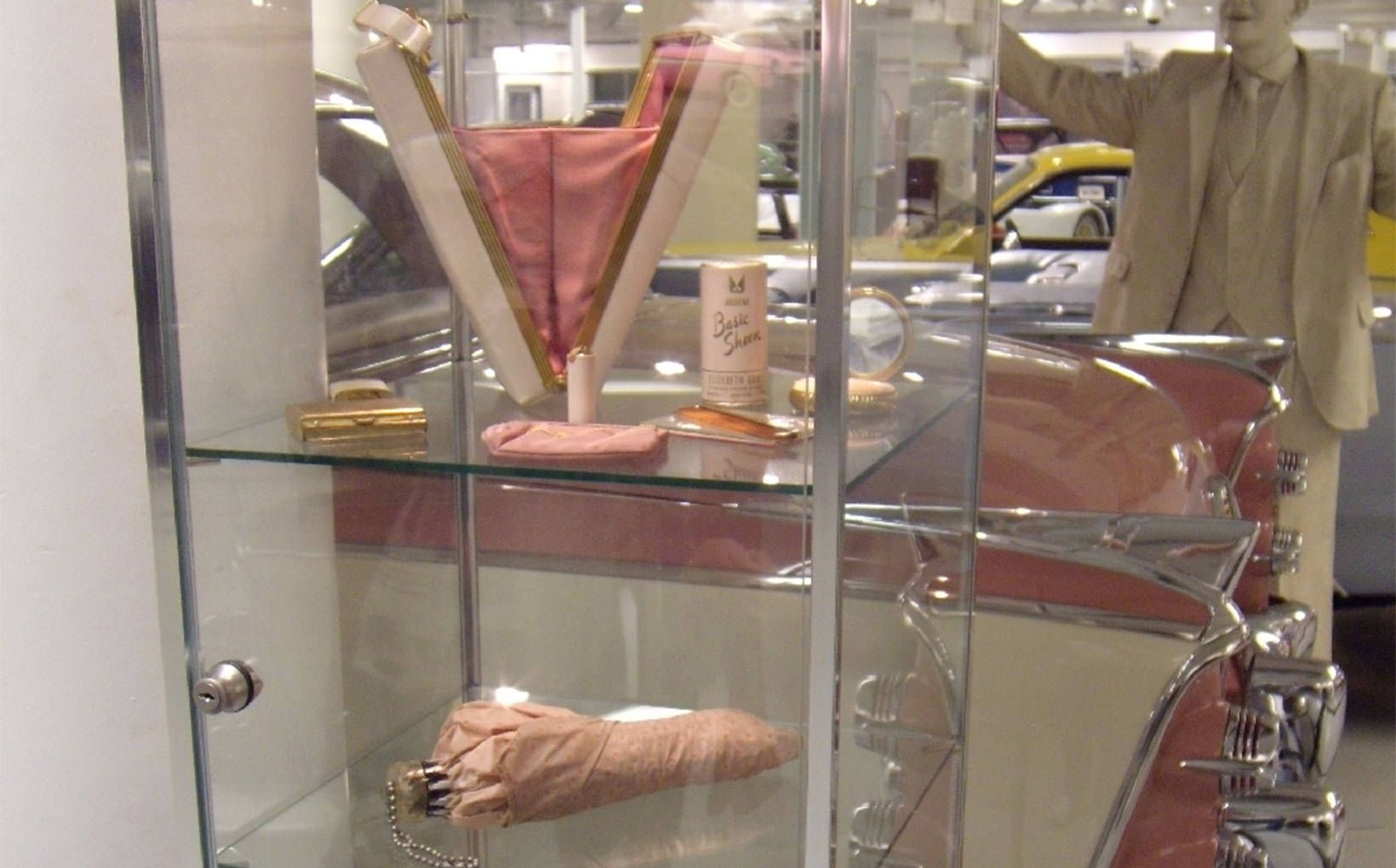 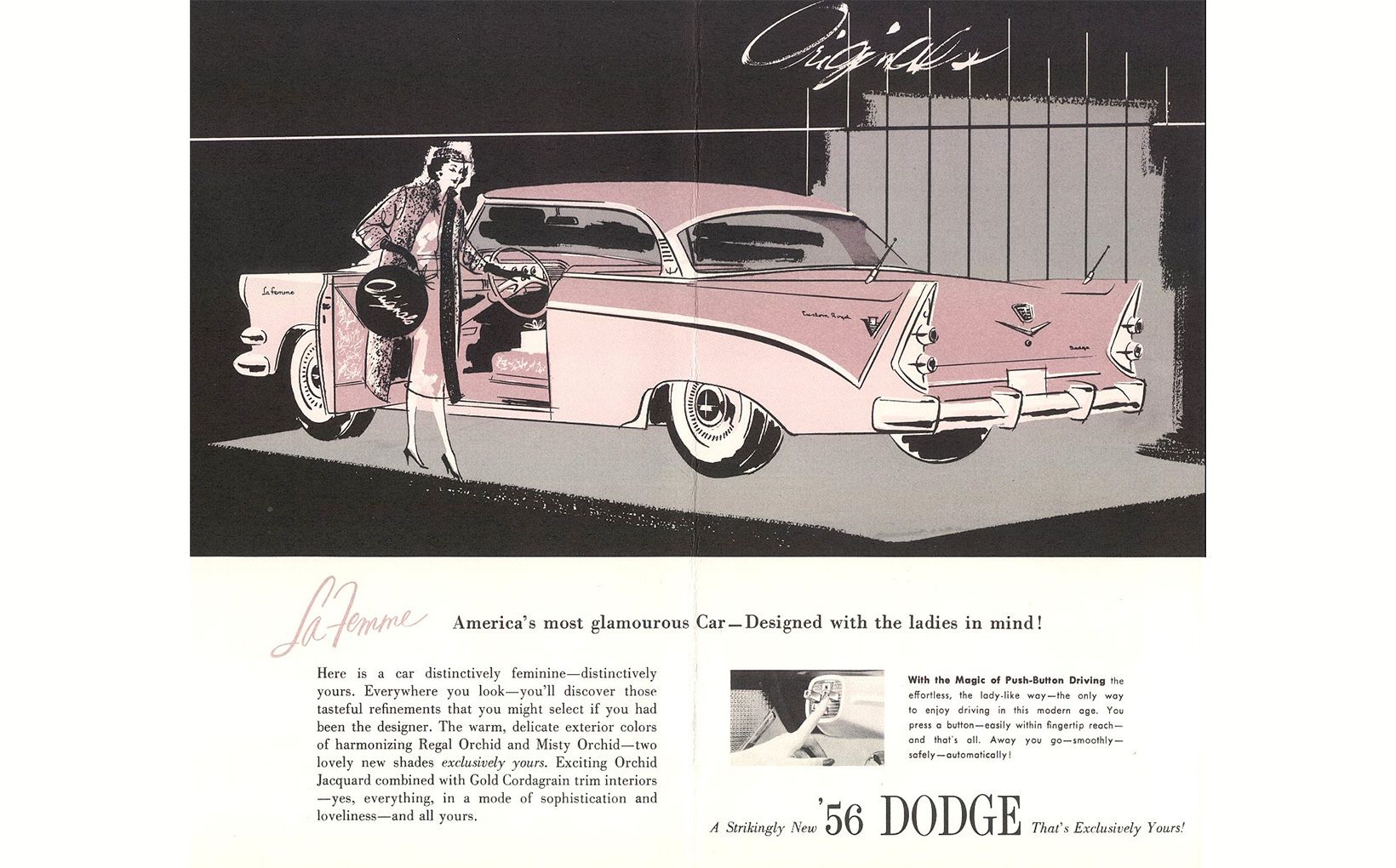 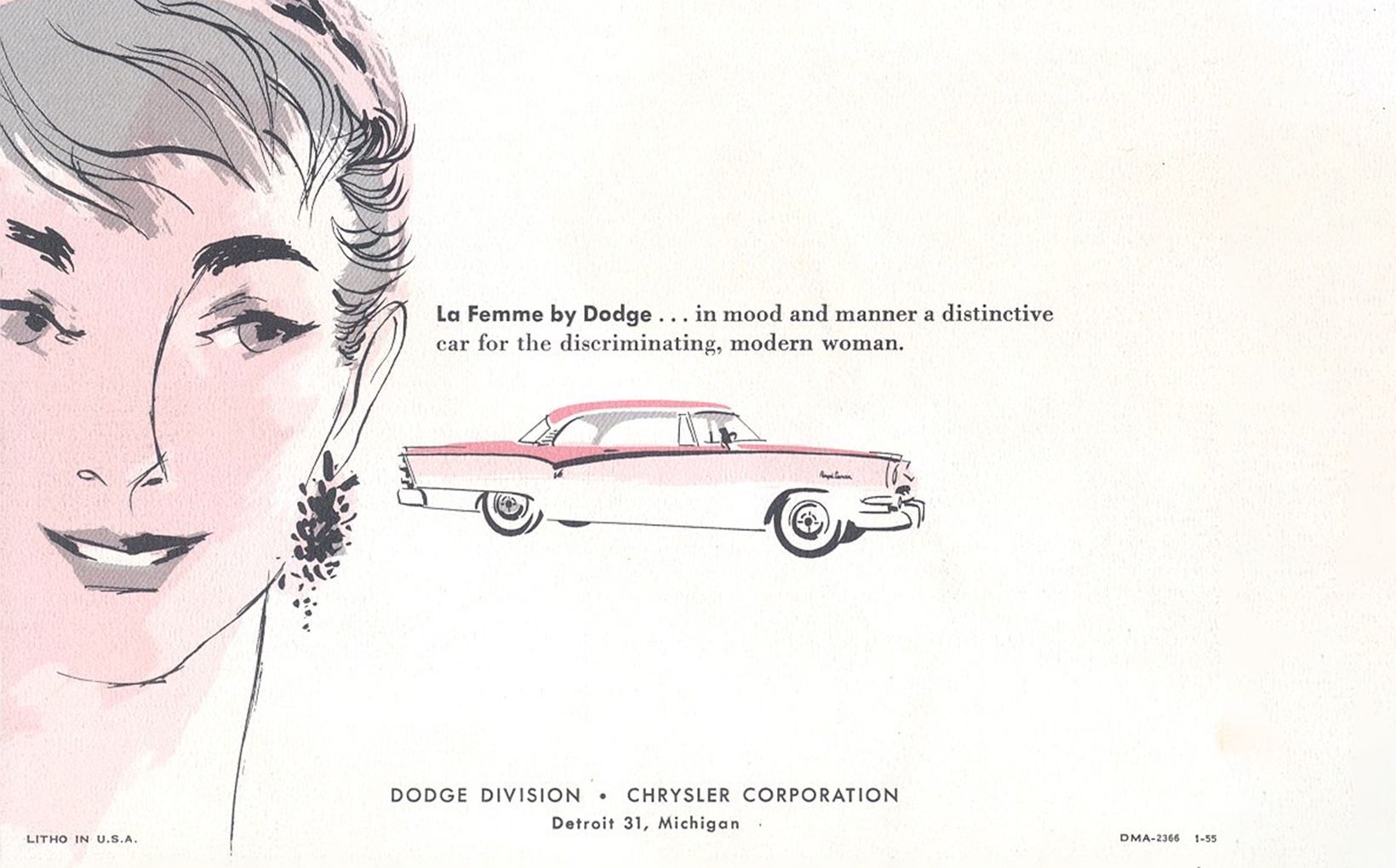 On display at the now closed Chrysler Museum was a rare collection of the La Femme accessories. The print advertisements for the car attempted to be aspirational and define what women supposedly wanted in a car. They failed. (Copyright Retroautos 2020)

Also included was a raincoat, rain hat and umbrella in the rosebud pattern. These were stored in a compartment behind the driver’s seat.

The carpet was woven with light and dark pink threads and the steering wheel was two-tone pink, with a clock in the centre. 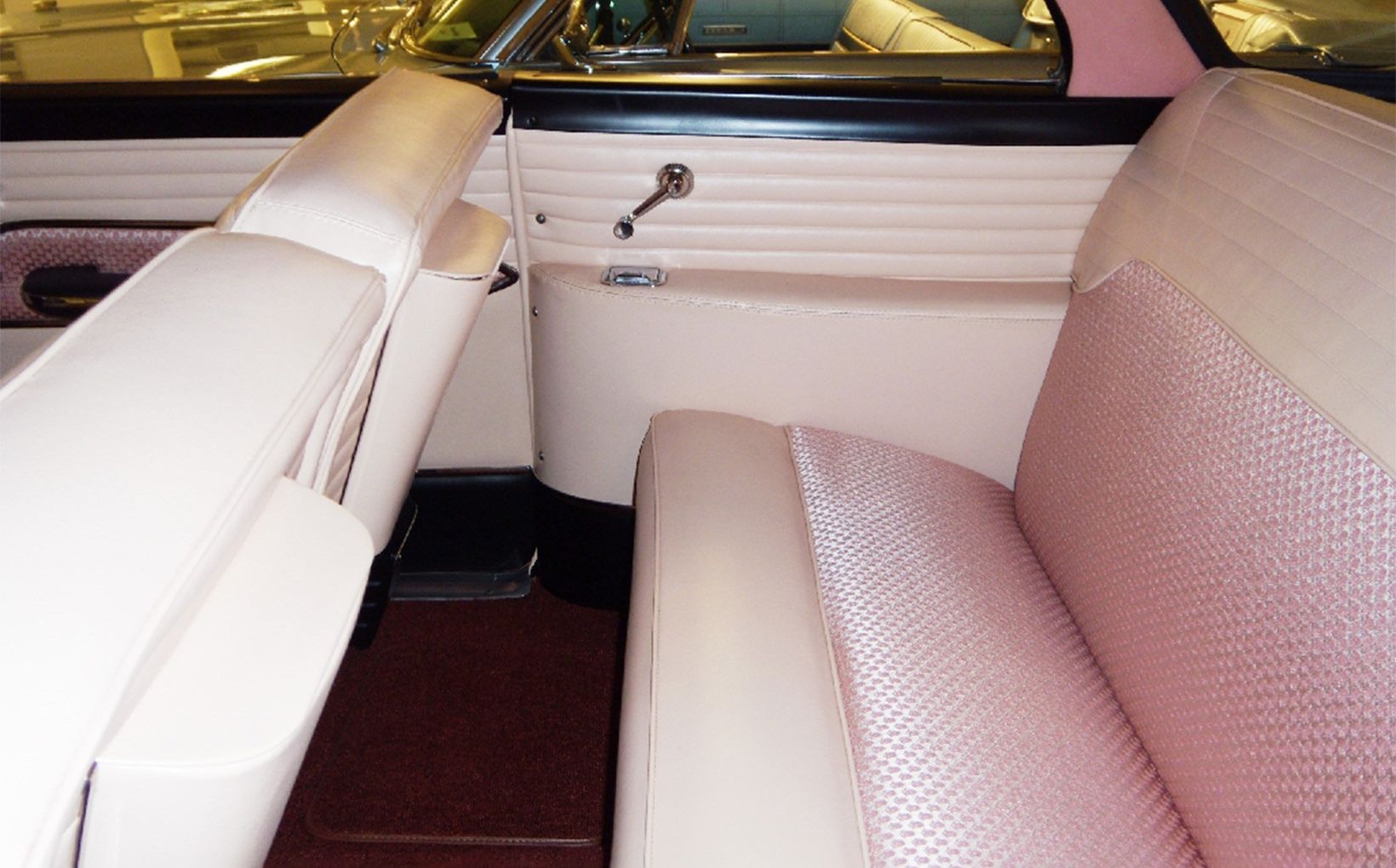 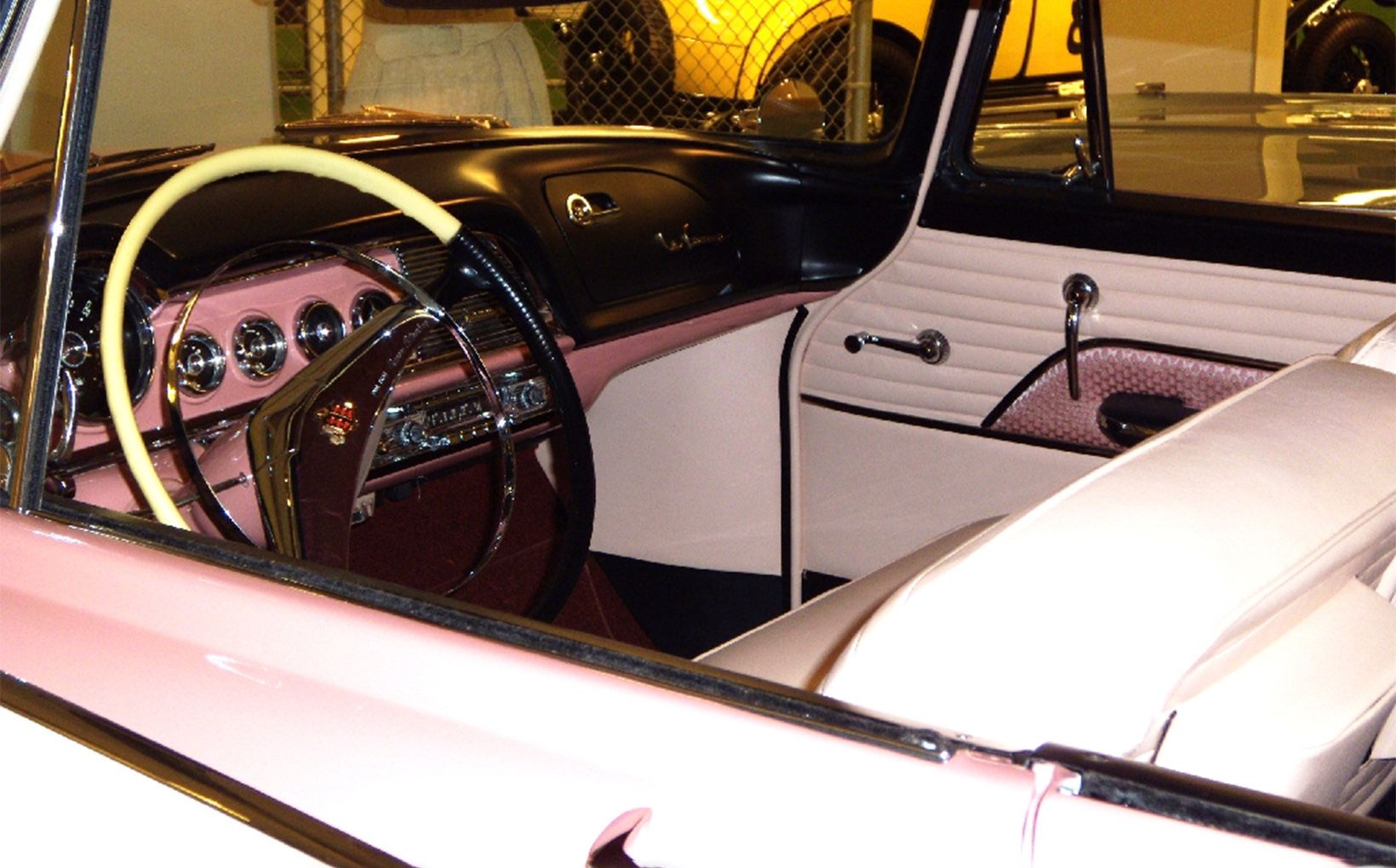 The interior continued with the overwhelming pink theme. No wonder these cars proved hard to shift on the new and second hand market. (Copyright Retroautos 2020)

I saw and photographed a restored 1955 La Femme at the Walter P. Chrysler Museum in Auburn Hills, Michigan, a few years ago. The Heather Rose paint dominated the car’s exterior, and the interior radiated pink, too.

Only 2500 were sold during the model’s two years on the market. Contemporary reports indicate it did not appeal to women the way the men at Dodge thought it would. 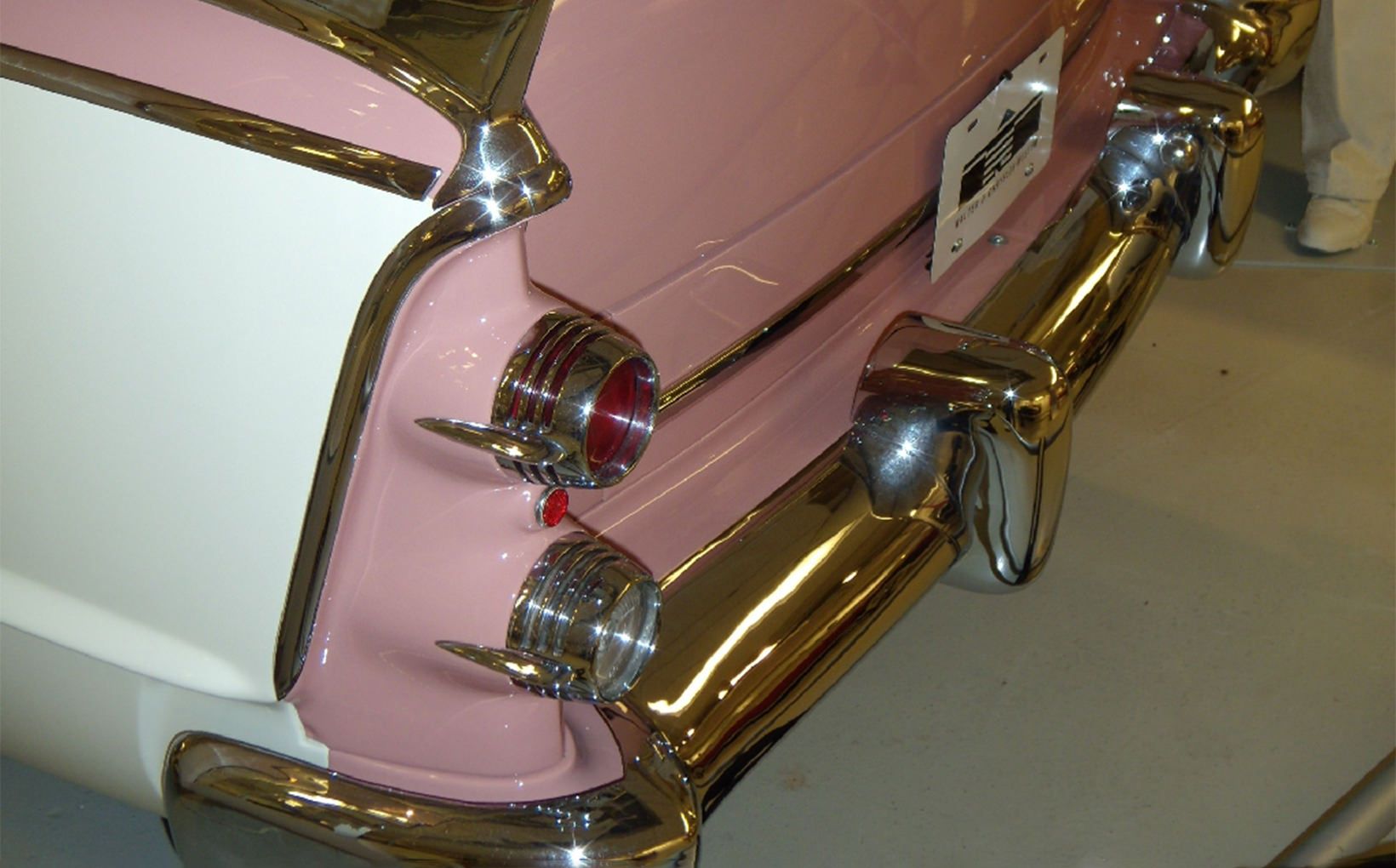 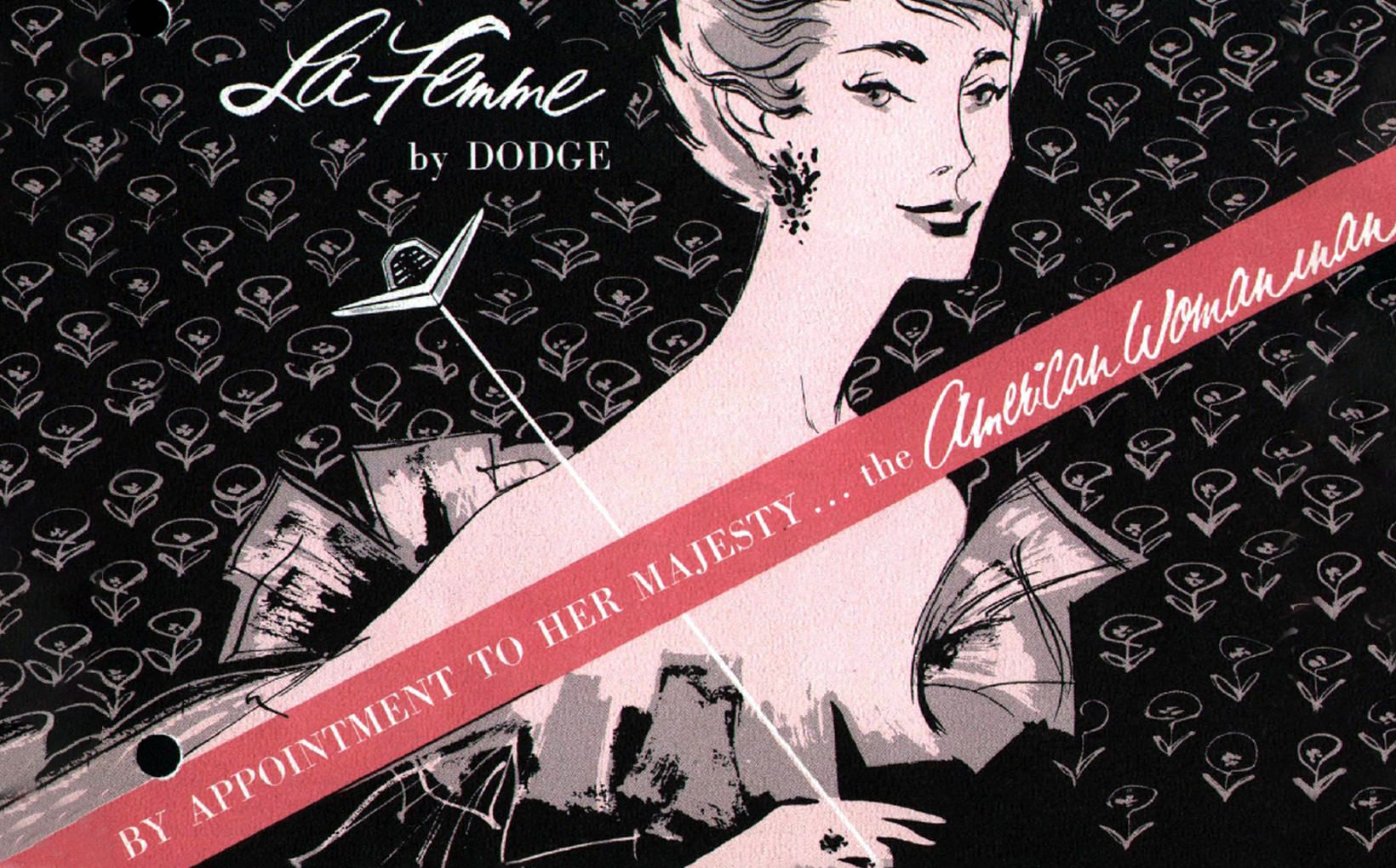 You can imagine how the car was created back in those days.

I’m sure a bunch of guys in snappy suits, straight out of the Mad Men TV series, sat around a conference table, all smoking of course, maybe with a dry martini in hand, tossing around ideas.

One would have certainly said “we know what women want!” Another would have replied “a pink car!” Someone else would have chimed in “with lots of really useful accessories, like a raincoat and lipstick.”

And all of that would have been considered a tough but worthwhile day at the office.

The condescending advertising tag line “By appointment to Her Majesty....The American Woman” did not help sales.

Proper research later found that women resented being presented with a car specifically designed for women. Understandably, they wanted the freedom to choose options, engines, transmissions and colour schemes themselves. That consumer insight was used by Ford to its advantage when it released the Mustang with a long list of options. 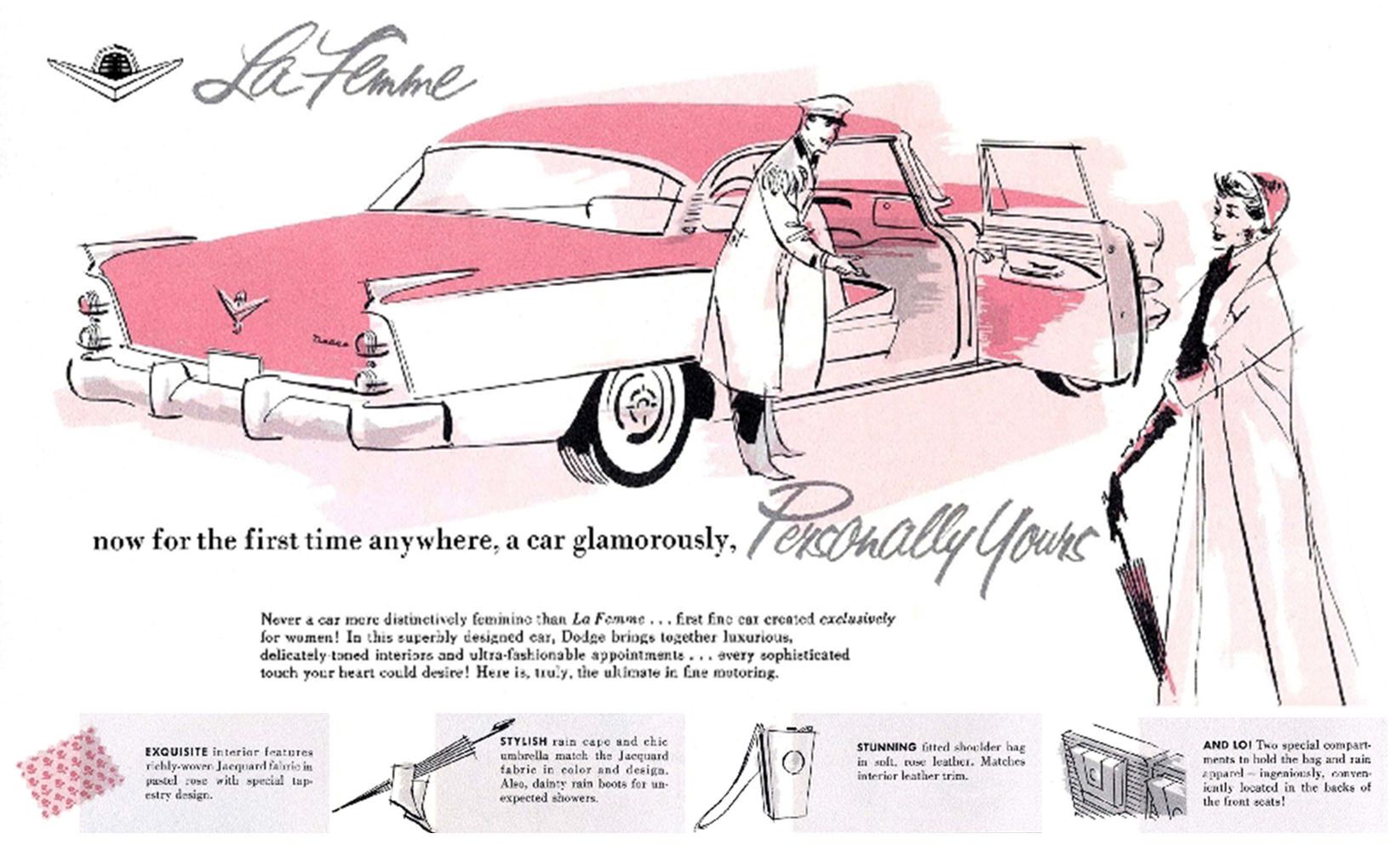 This advertisement arrogantly presumed to know what women wanted in a car.

Little thought was given to re-sale values either. A few years down the track, dealers did not give you much for your La Femme as a trade in.

There are now less than 100 La Femmes worldwide.

And as for the Chrysler Museum? Well, it no longer exists. The place was shut down by FCA and the vast space was reportedly given over to administrative activities.

Put that down as a victory for the faceless bureaucrats over culture and heritage.