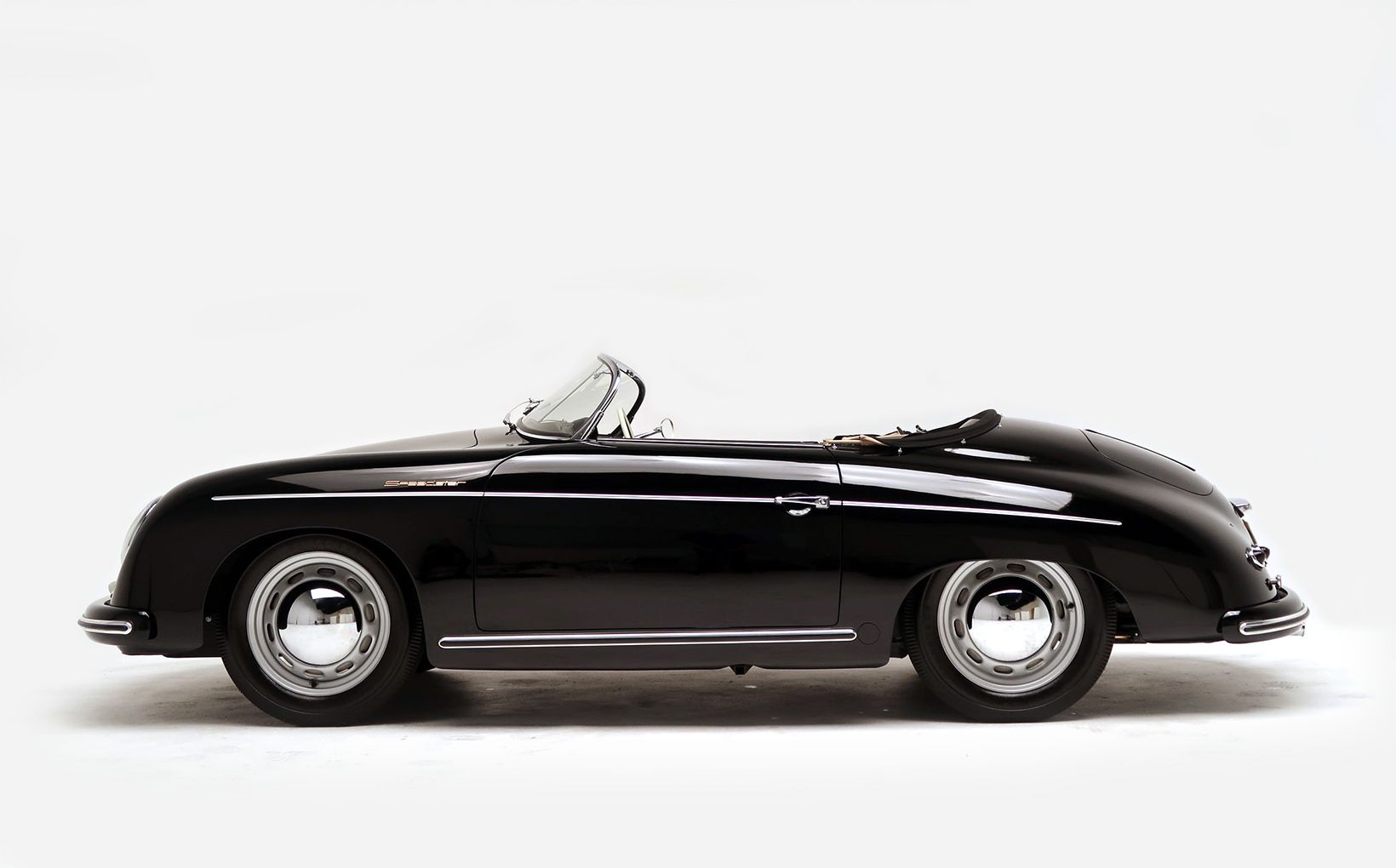 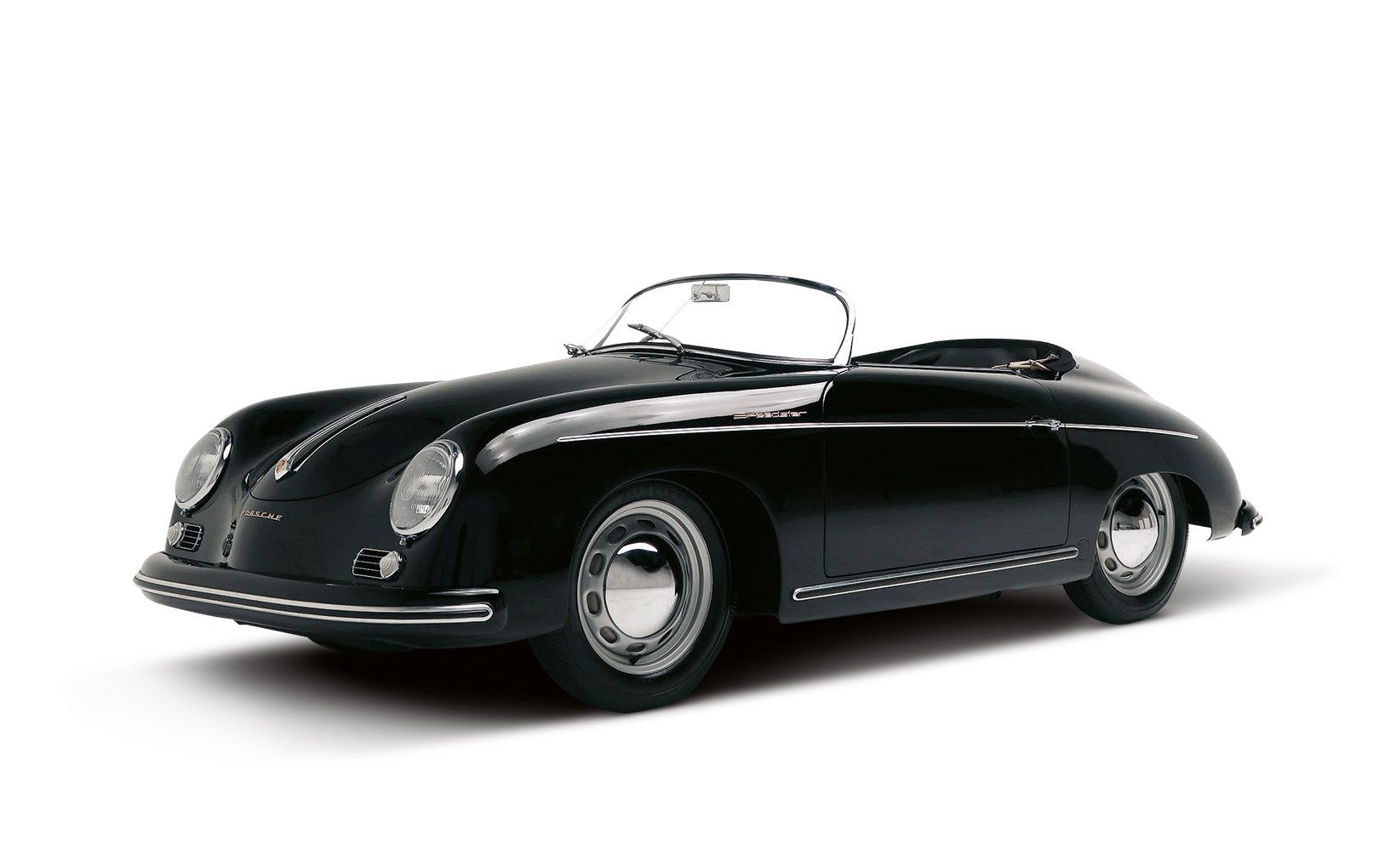 Internationally rare classics like this superb 1955 Porsche 356 Pre-A Speedster are in the spotlight at Shannons Sydney Summer Auction on Monday (February 17).

The highlight for Porsche collectors worldwide is a super rare, triple-black and fastidiously-restored 1955 Porsche 356 Pre-A Speedster.

One of just three factory right hand drive examples delivered in Australia, it comes to auction from a prominent Porsche collection fresh from a just-completed no-expense-spared, ground-up restoration .

Complete with a history file including early photographs, its sale has attracted world-wide interest with its sale conservatively expected in the $750,000-$950,000 range. 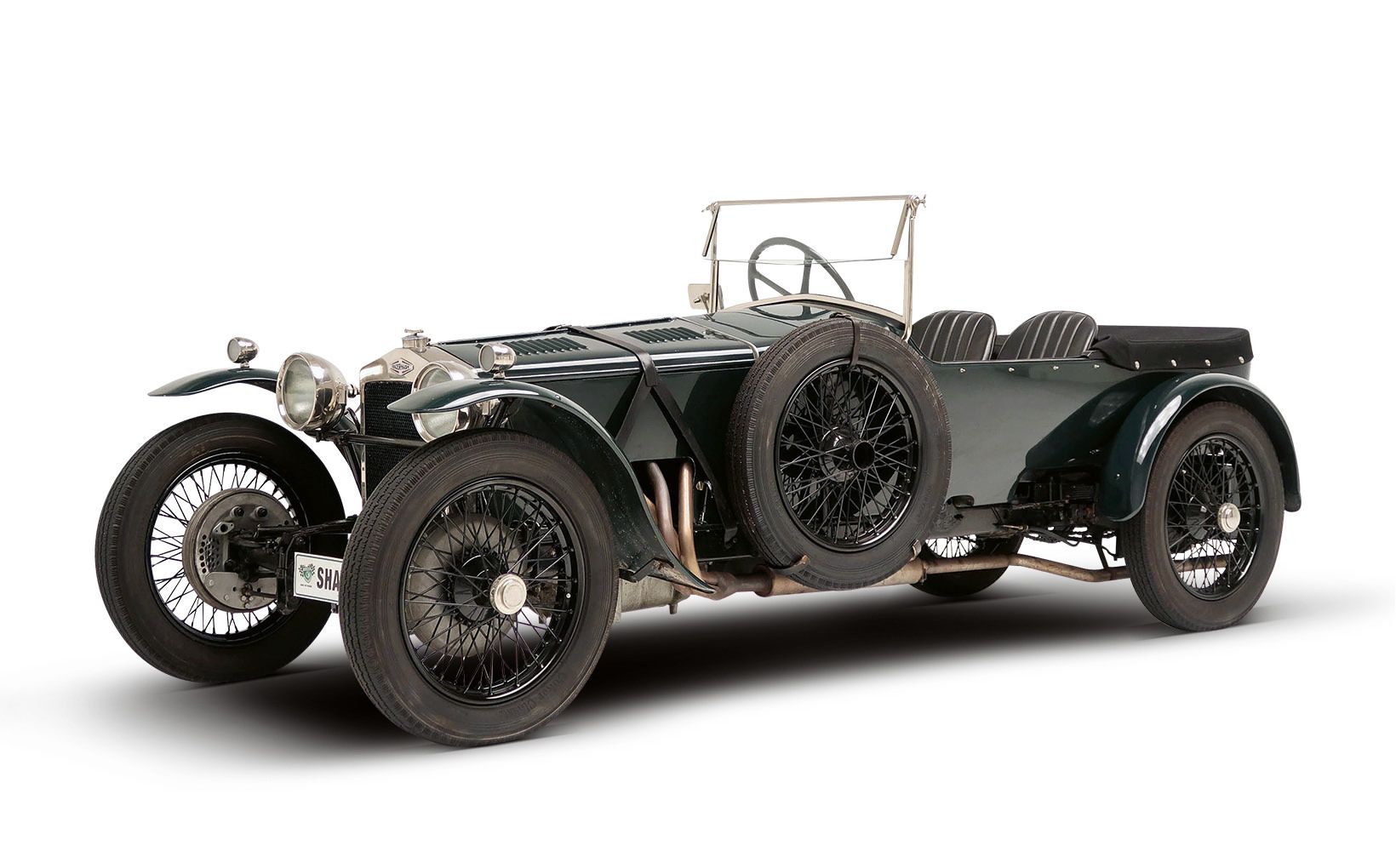 More affordable ($25,000 - $30,000) is an exceptional 1952 Riley RMB 2½ Litre Saloon that has been restored professionally at great expense and is now regarded as one of the finest RMBs in Australia. 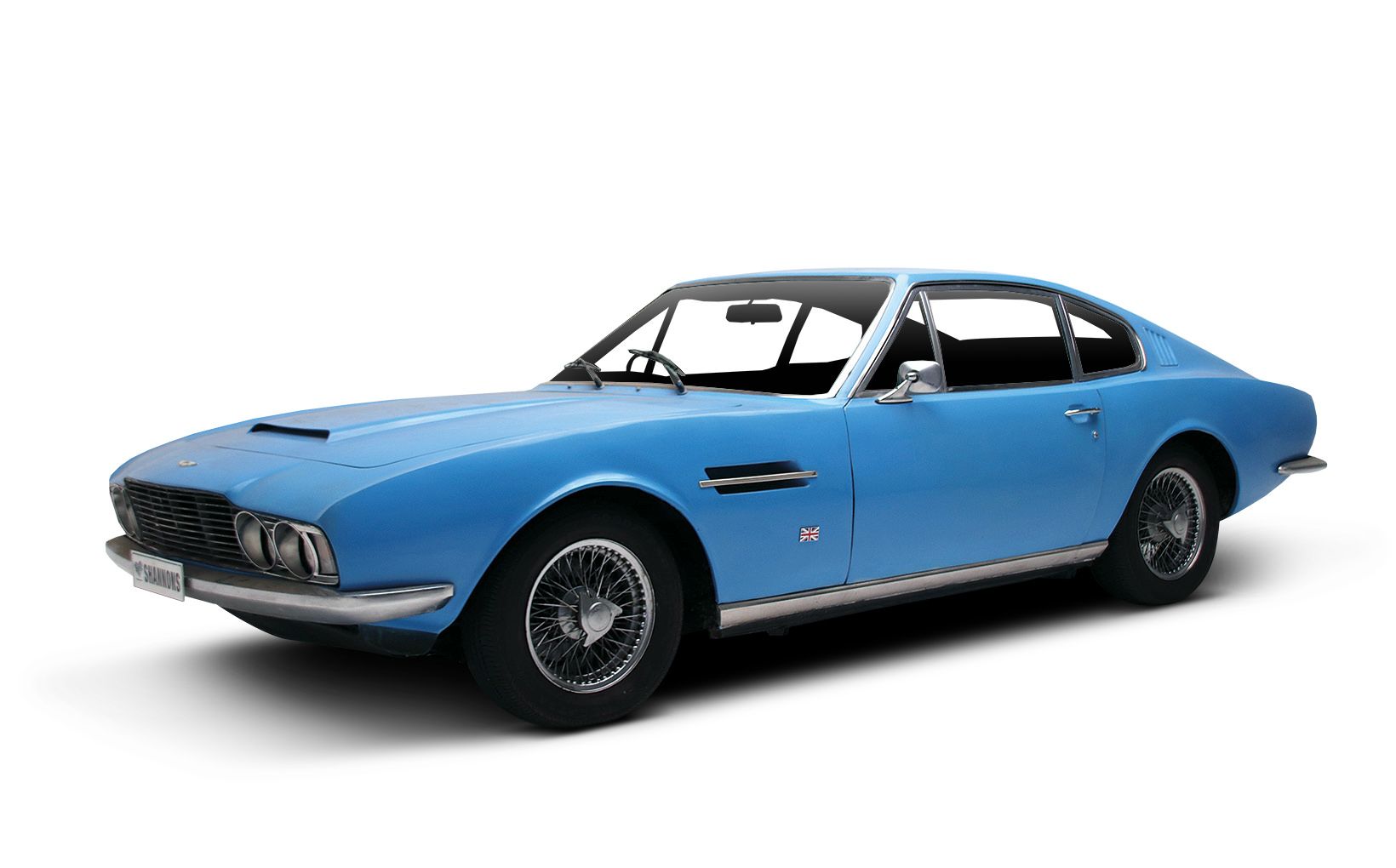 Three other great British sporting classics are being sold at ’no reserve’, headed by a ‘barn find’ carburettor-equipped, six cylinder 1968 Aston Martin DBS that has been off the radar of enthusiasts for decades.

Delivered by H R Owen in London with automatic transmission and coming from long-term ownership, it is expected to sell in the $35,000- $45,000 range. 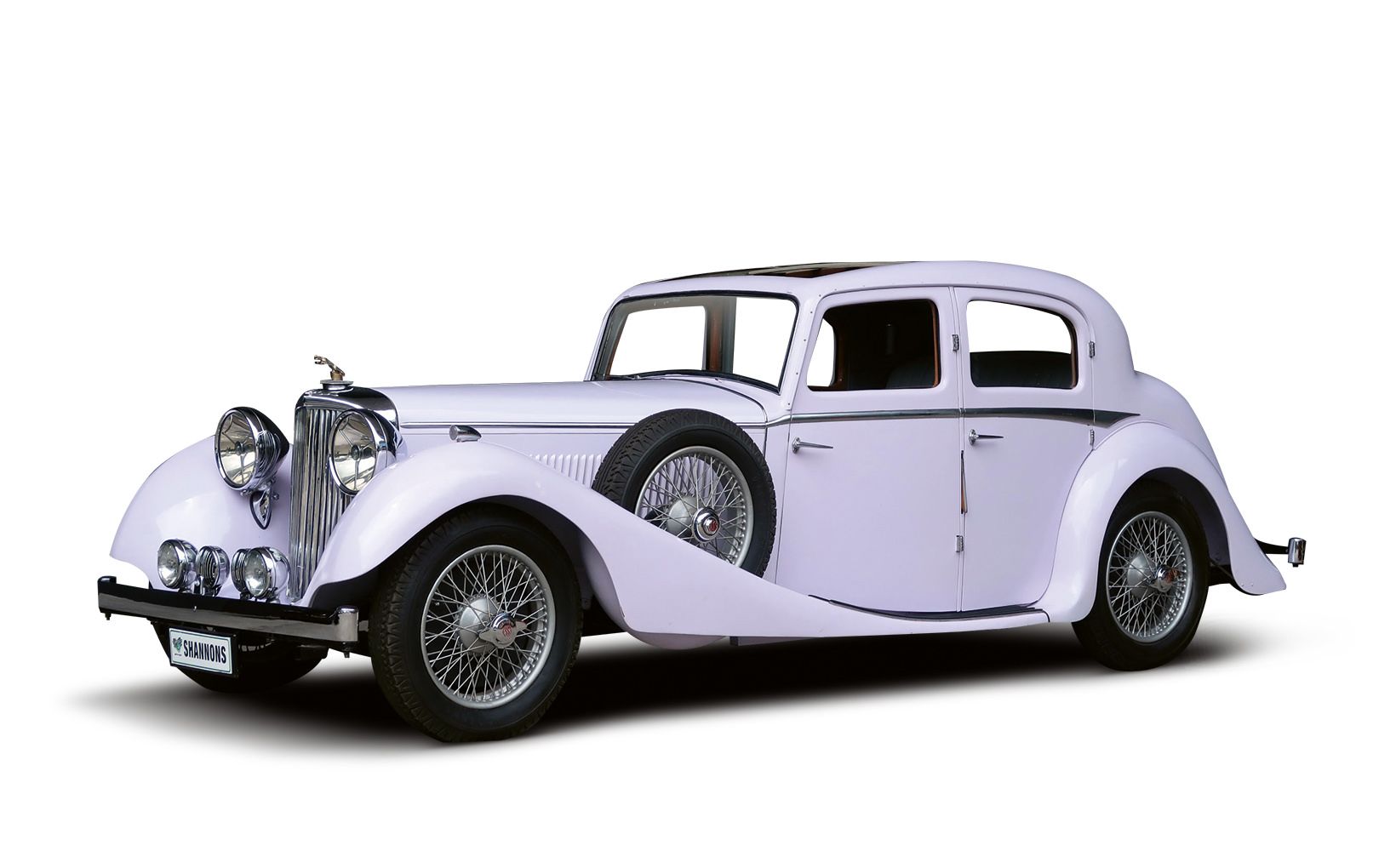 A wonderful Jaguar SS 2½ Litre Saloon that was one of the stars of the 1936 Melbourne Motor Show, is another great British sporting classic to be offered in ‘project’ condition, with a guiding range of $15,000-$20,000, while a 1949 TC Roadster, complete and fresh from long-term storage is expected to sell for similar money when also offered with ‘no reserve’. 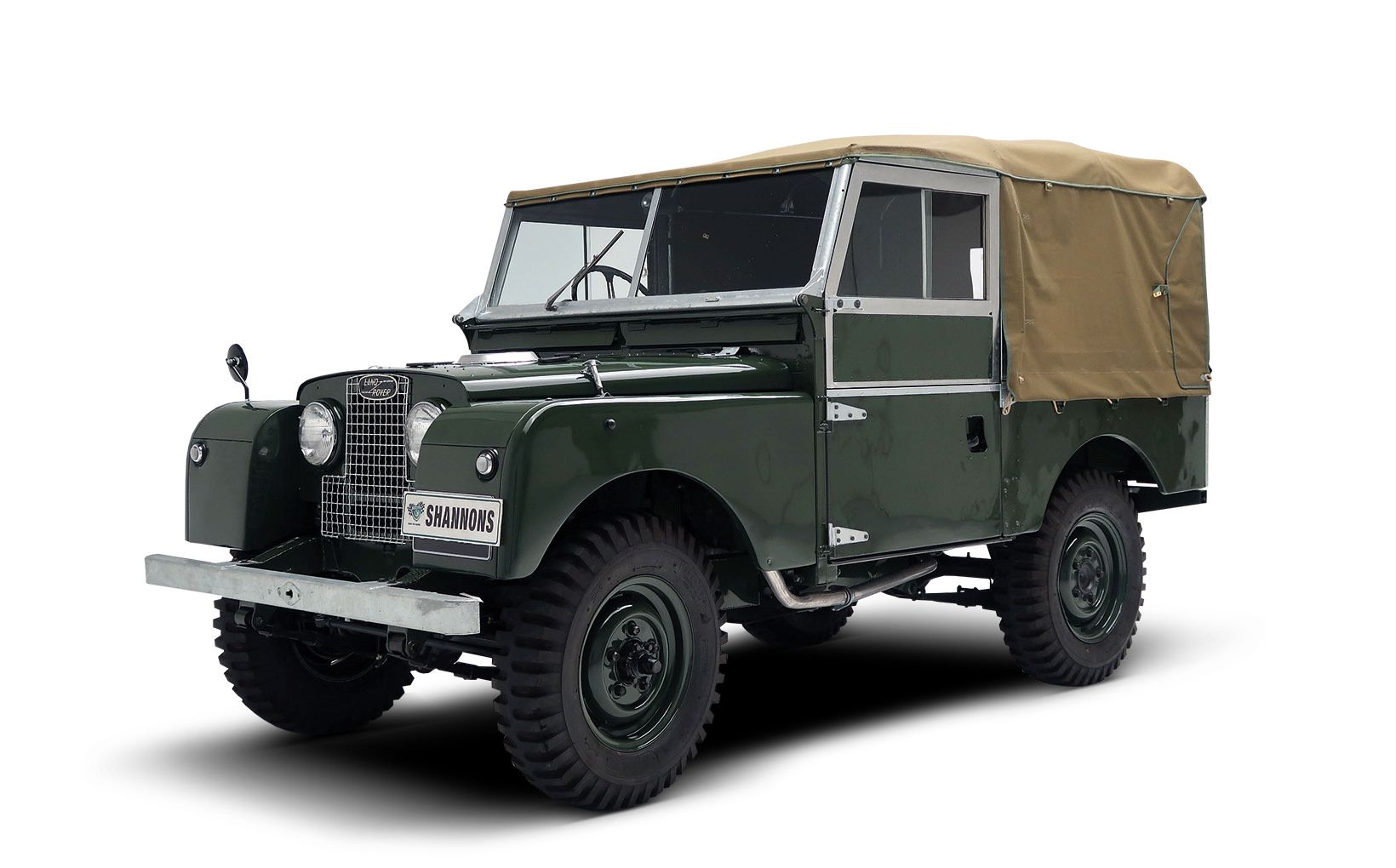 Other sought after British vehicles in the auction are a matching numbers 1954 Land-Rover Series 1, 86 SWB Utility that is regarded as one of the finest examples to come on the market in Australia, after being meticulously restored at great expense over many years by its British-born owner.

Ideal for the serious Land-Rover collector at a time when early models are commanding record prices, it is conservatively expected to sell for $45,000 - $55,000. 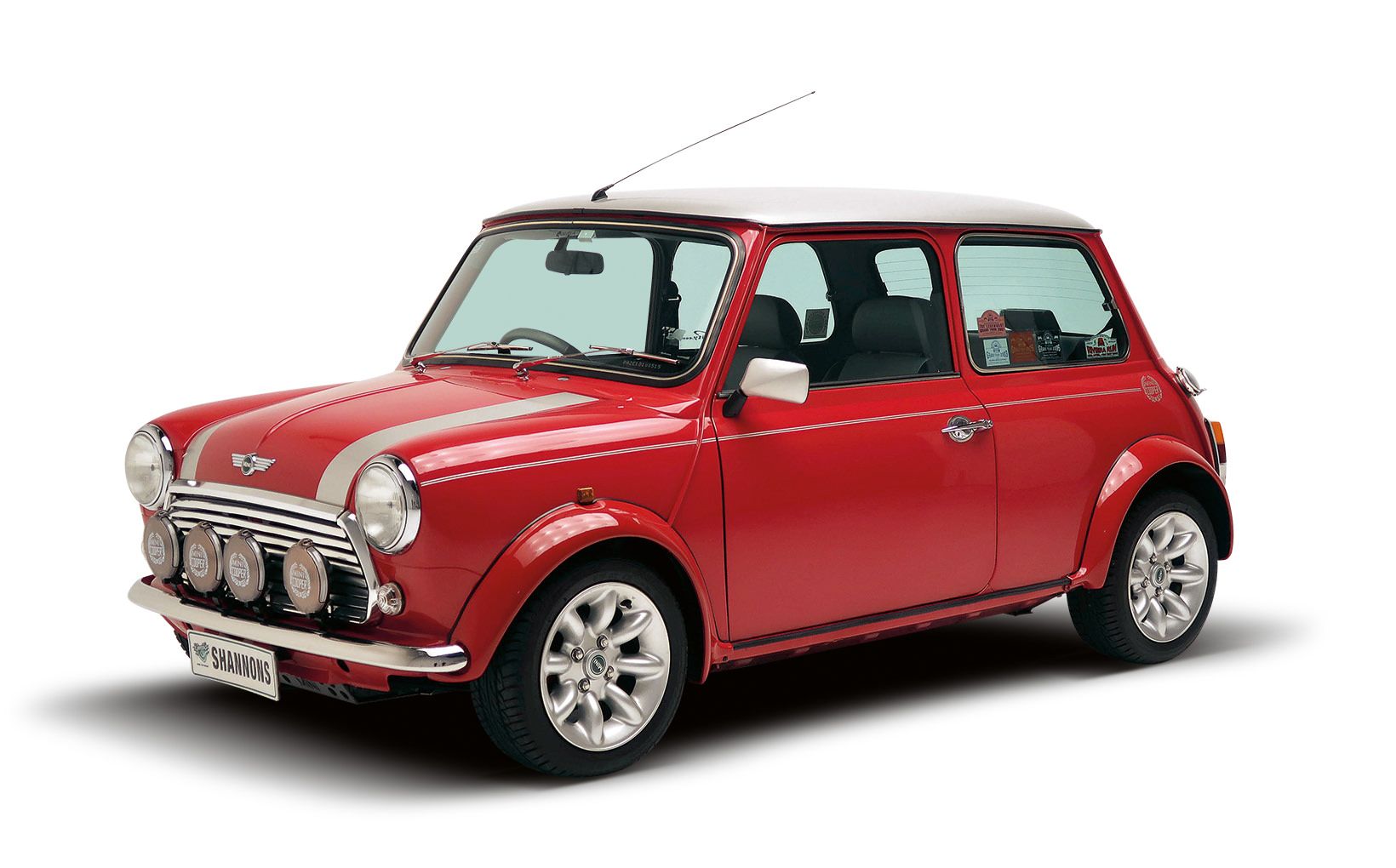 Perhaps a less obvious collectible in Monday’s auction is the ‘ultimate Mini’ – a 2000 Rover Mini Cooper Sport 500 Saloon. One of just three of these numbered, limited-edition models, this stunning Mini is build number 338 and comes fully loaded with special equipment. It is expected to sell for $30,000 - $35,000. 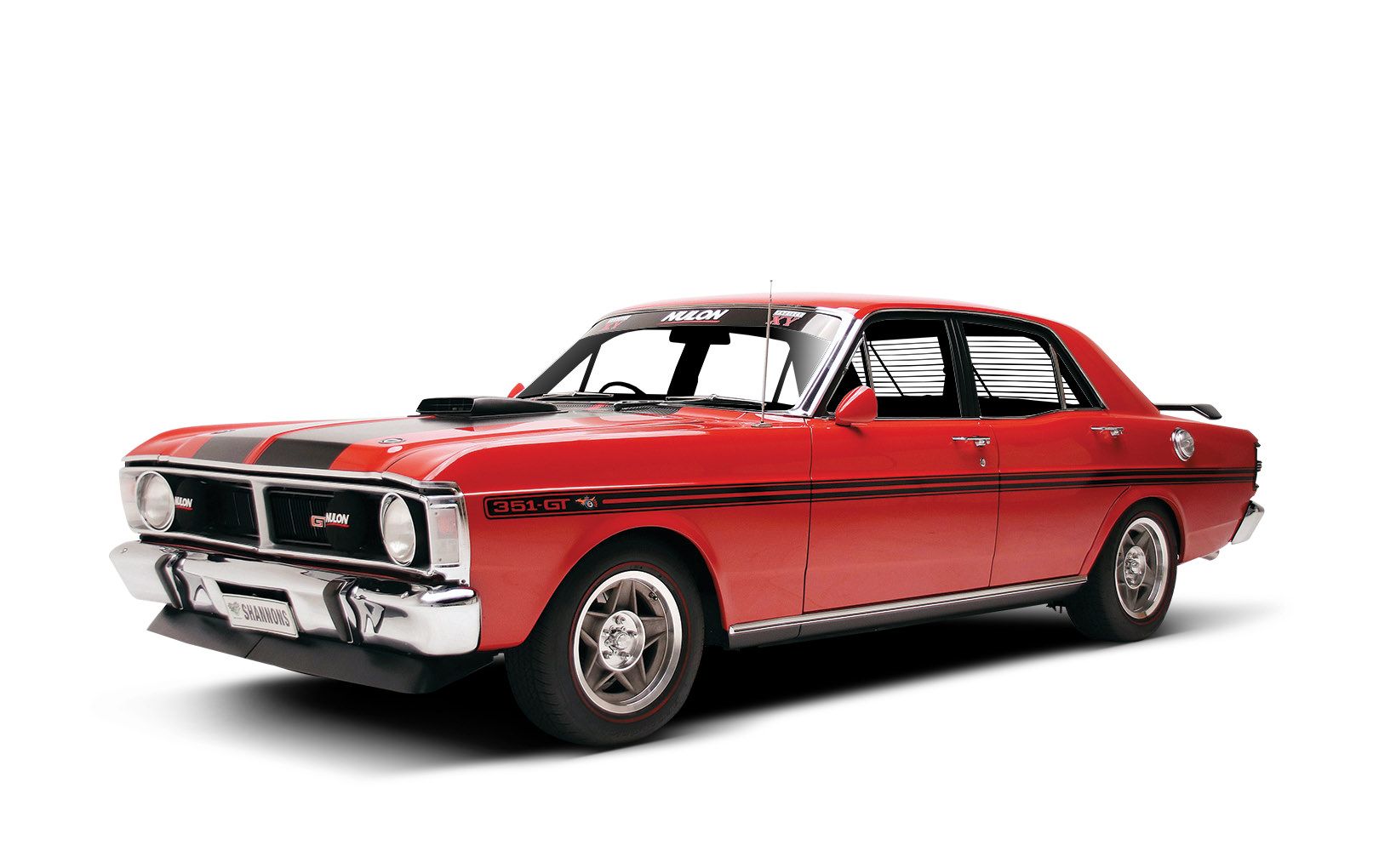 Amongst the local ‘Muscle Cars’ on offer, the standout is the stunning 1970 Ford XY Falcon 'GT Replica' (Nulon 'Project XY') Sedan built by a local oil company in conjunction with Street Machine magazine as a 2018 prize giveaway.

Professionally rebuilt regardless of expense with a BK Race Engines motor, “Project XY” transformed a humble six-cylinder Falcon 500 into a fire-breathing replica of the hero Falcon XT GT model, the ultimate muscle car of the era. 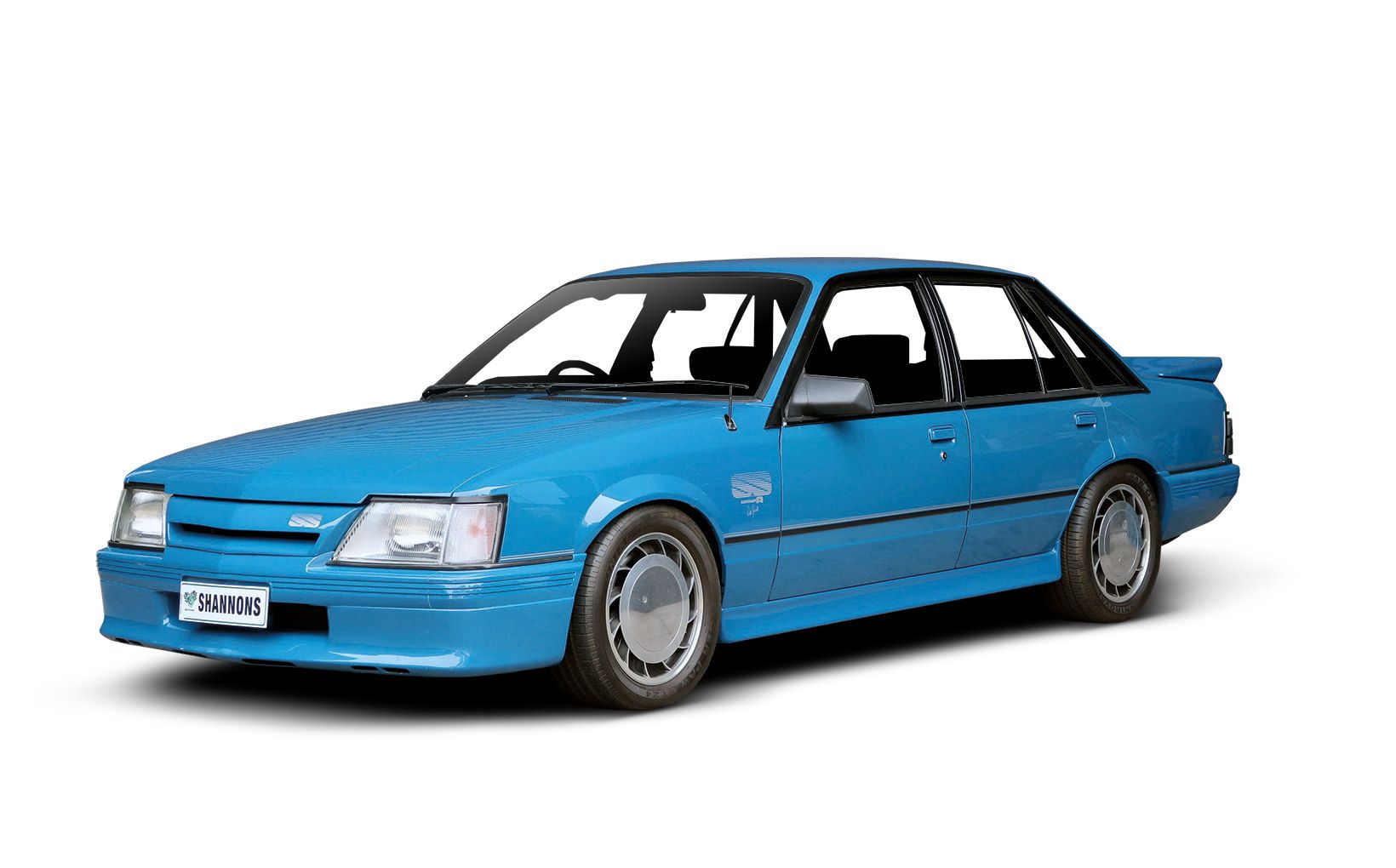 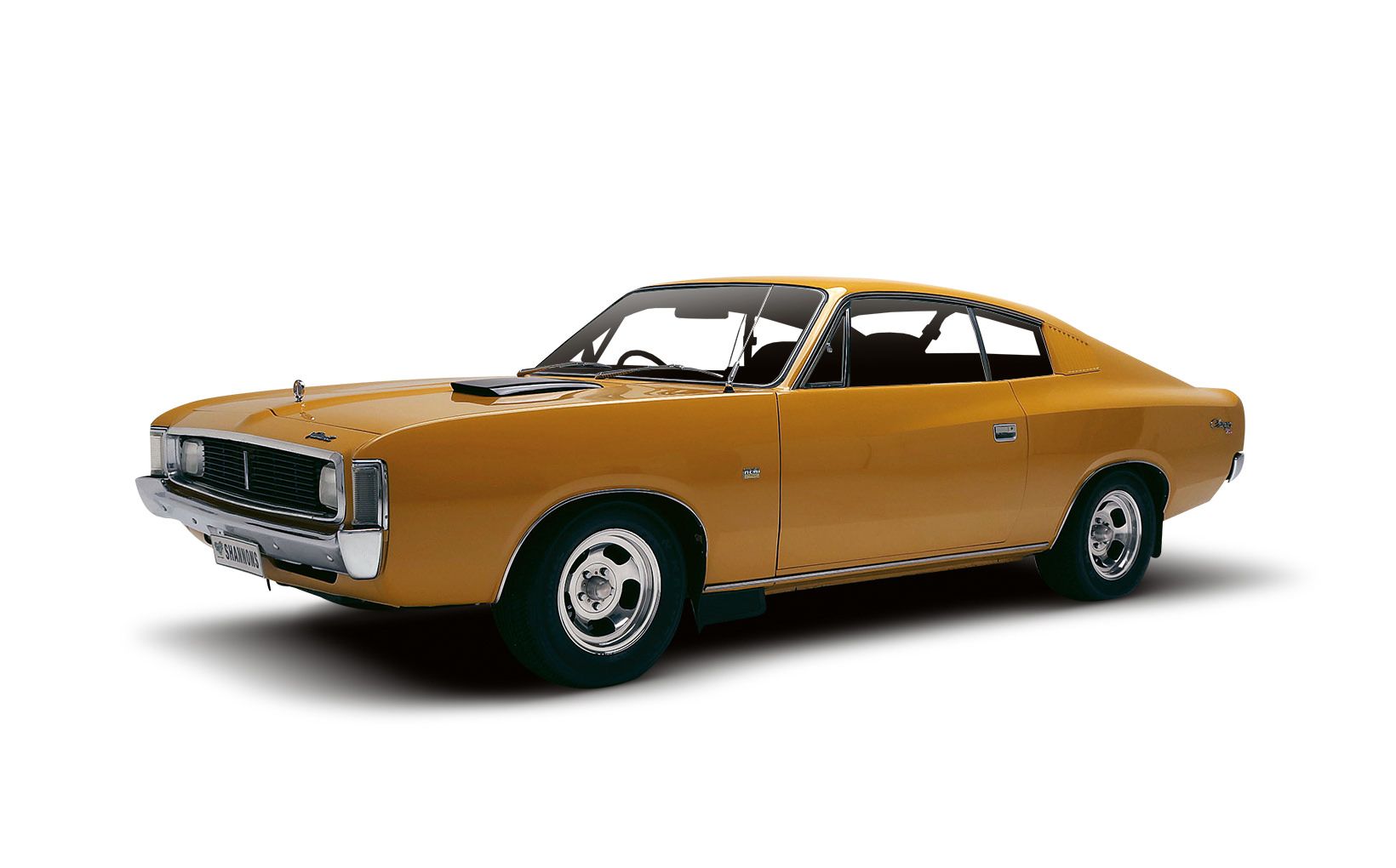 Meanwhile, for Mopar enthusiasts there is an extensively restored, very early build and two-owner 1971 Chrysler Valiant VH Charger XL 265 Coupe that is slated to sell for $40,000 - $50,000. 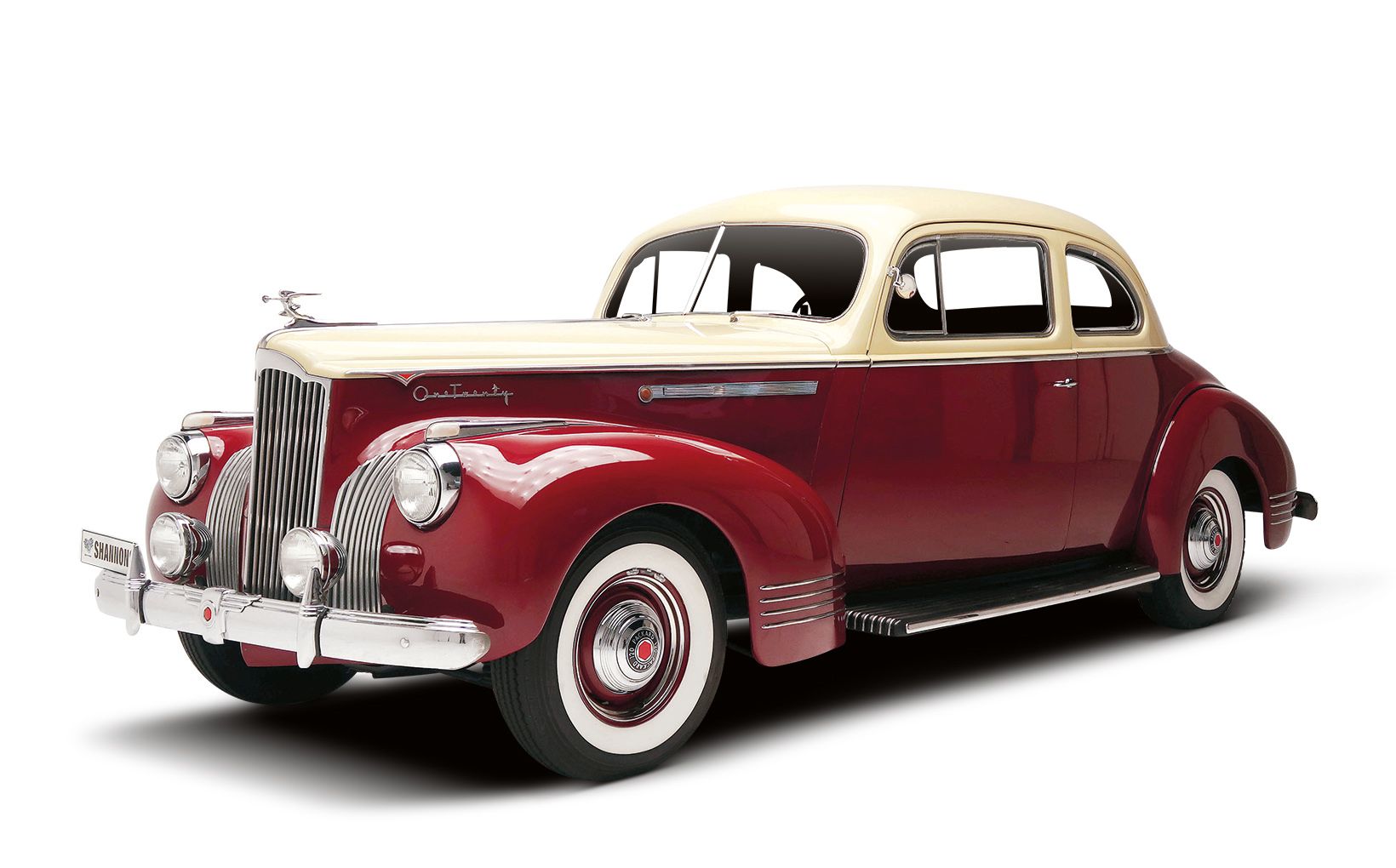 For enthusiasts of World War II-era American cars, there is a fabulous, superbly-restored left hand drive 1941 Packard Straight Eight 120 Club Coupe offered from a private collection that is expected to sell for $48,000 - $58,000.