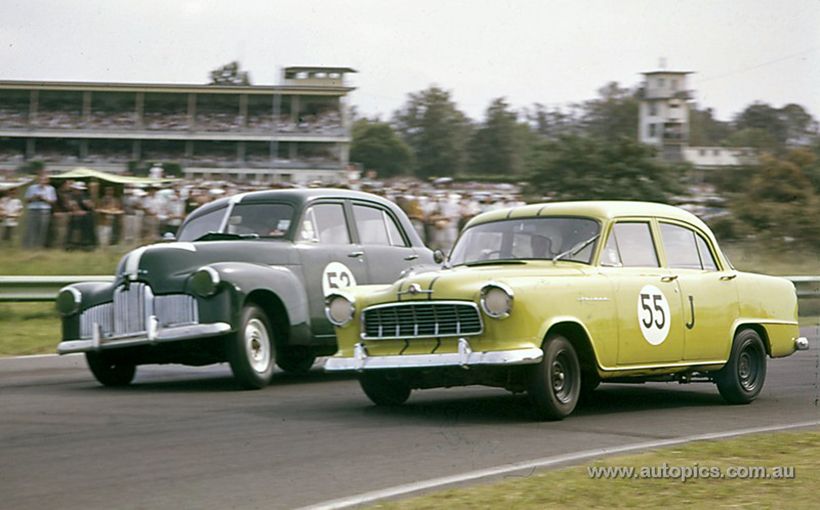 1968 Bathurst 500 winner Bruce McPhee was arguably the best FE Holden campaigner during the 1960-1964 Appendix J era, proving to be just as fast as the dominant 48-215 and FJ Holdens. Here McPhee in his distinctive lime green FE is racing wheel-to-wheel with Max Stahl’s very quick 48-215 at Sydney’s Warwick Farm in 1963. Note the widened steel wheels on Bruce’s car and the anti-tramp rods fitted beneath the rear leaf springs; just some of many popular race-tuning tweaks. Image: www.autopics.com.au

A racing driver usually wants to be in the latest and greatest car, but if you were a Holden tin-top racer in the late 1950s and early 1960s the latest wasn’t necessarily the greatest.

There’s no doubt that when Holden released its all-new FE sedan in July 1956, the Australian public instantly warmed to the more modern lines of ‘Australia’s Own Car’ even if that wide-held affection didn’t translate to the race track.