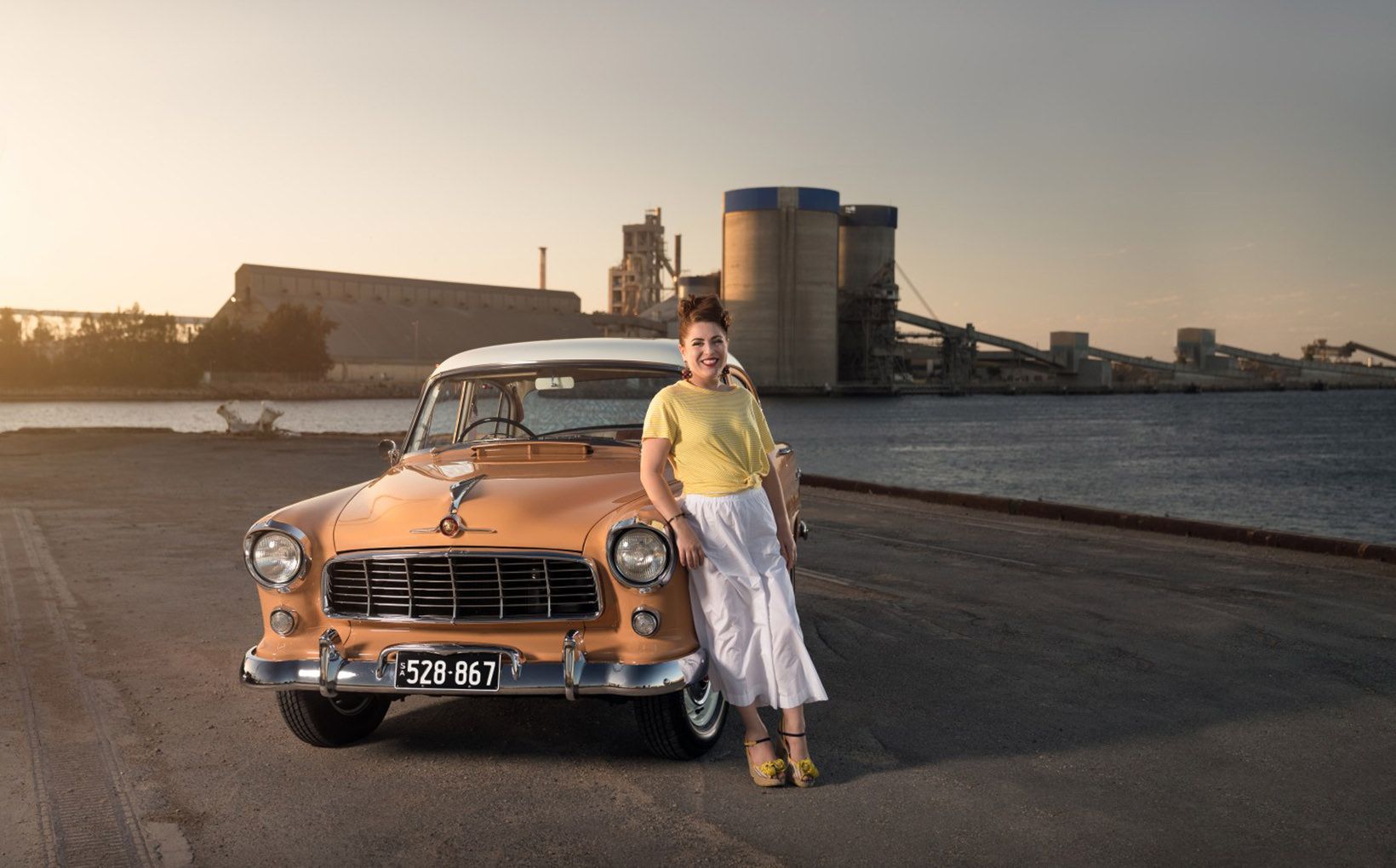 The 1950s was a decade of tremendous change in Australia and perhaps the most pivotal year was 1956 – the year of the Melbourne Olympics, the coming of television and the ‘new look’ FE Holden, official car of the Olympic Games. No question, the FE Holden was the most important car introduced during the 1950s in Australia. It represented profound optimism in the future, as a new era of postwar prosperity saw suburbs sprawling and people spending. Where the original 48-215 ‘FX’ Holden and its facelifted FJ successor exuded a kind of honest homeliness, the FE – styled by Alf Payze and his team at Fishermans Bend – delivered a new and distinctively Australian glamour. 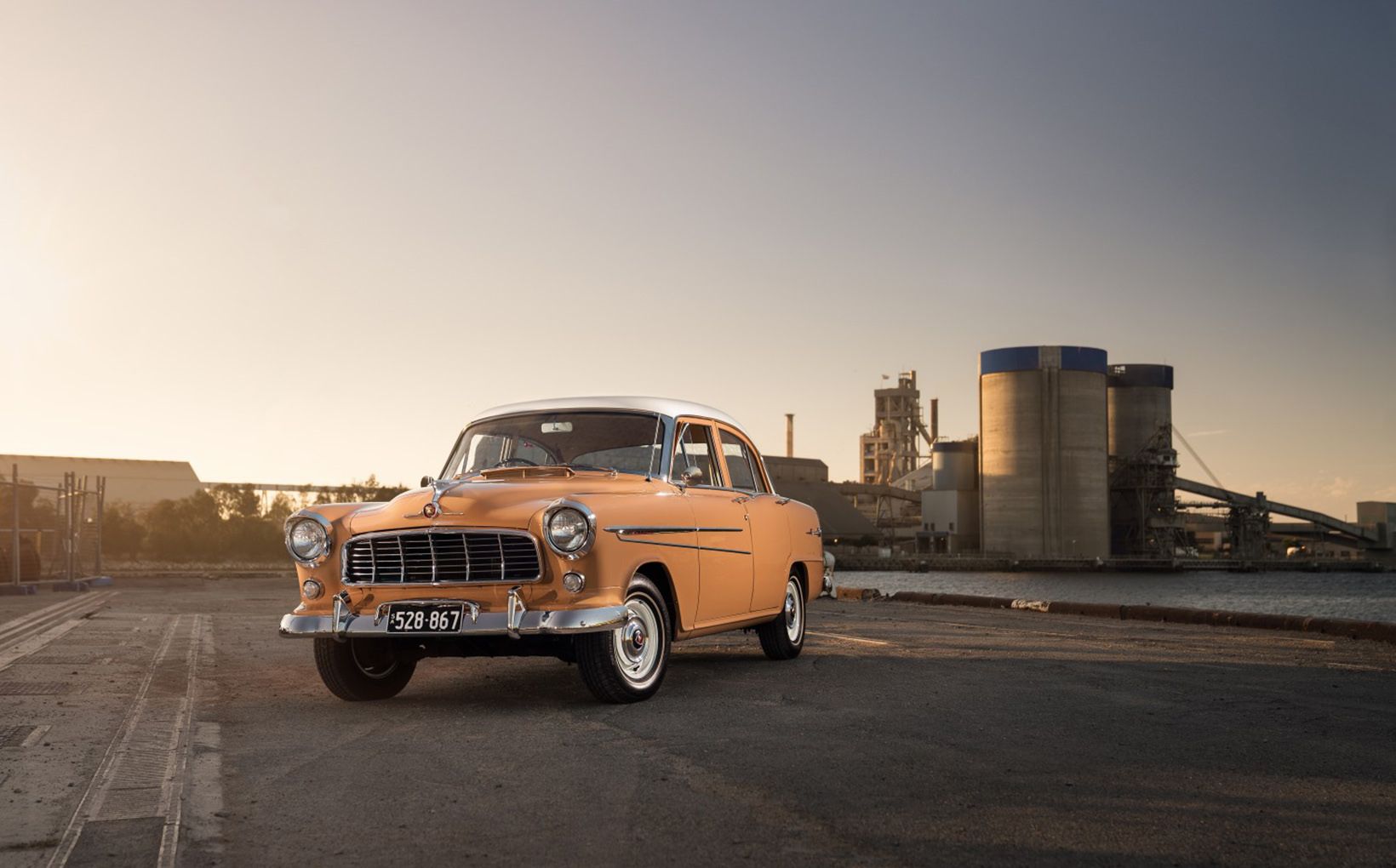 The FE Holden Special was clean and striking from any angle, but perhaps this is the best one. The extra chrome strip was donated by a contemporaneous Chrysler Royal.
(Image: Troy Barker)

The FE Holden was not only the best looking car produced anywhere in the General Motors world, it was surely the most attractive vehicle of its size and type produced anywhere in 1956! Longer, lower, sleeker in the 1950s Detroit idiom, the Holden was somehow more restrained and quieter – more modest – which was also undoubtedly how Australians saw themselves in the day; the FE Holden lacked the garish excess of some of the big American cars. When the ‘new look’ Holden made its first public appearance in Collins Street, Melbourne on 30 July, crowds thronged for a glimpse. (As a six-year-old boy I was utterly thrilled when I first spotted a new one in the traffic; I can still feel that excitement now!) 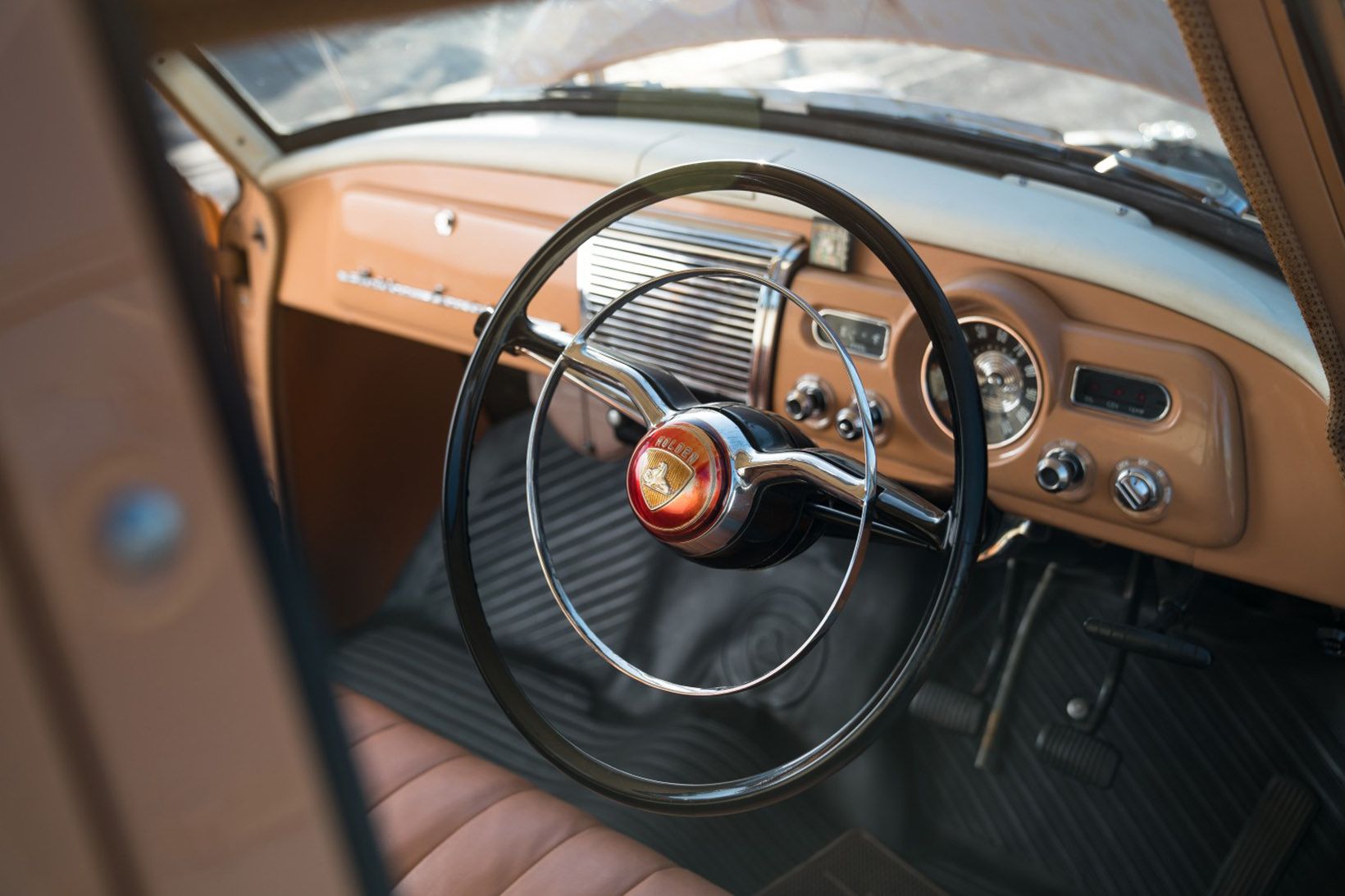 The dashboard is simple and elegant, just like the rest of the machine.
(Image: Troy Barker)

In the quickly changing Australia of the early 1950s when the FE was on Alf Payze’s drawing board, the product planners at General-Motors’-Holden’s understood that women played a key role in most purchasing decisions and the new model was designed to appeal as much to women as men. Although gender roles were more clearly defined and stereotypical in the 1950s, few men would have chosen a new family car without consulting their wives. Special advertisements in the Australian Women’s Weekly emphasised the newfound elegance of Australia’s Own Car. One of these appeared in the June 5th 1956 edition under the heading ‘More beauty for your money’. 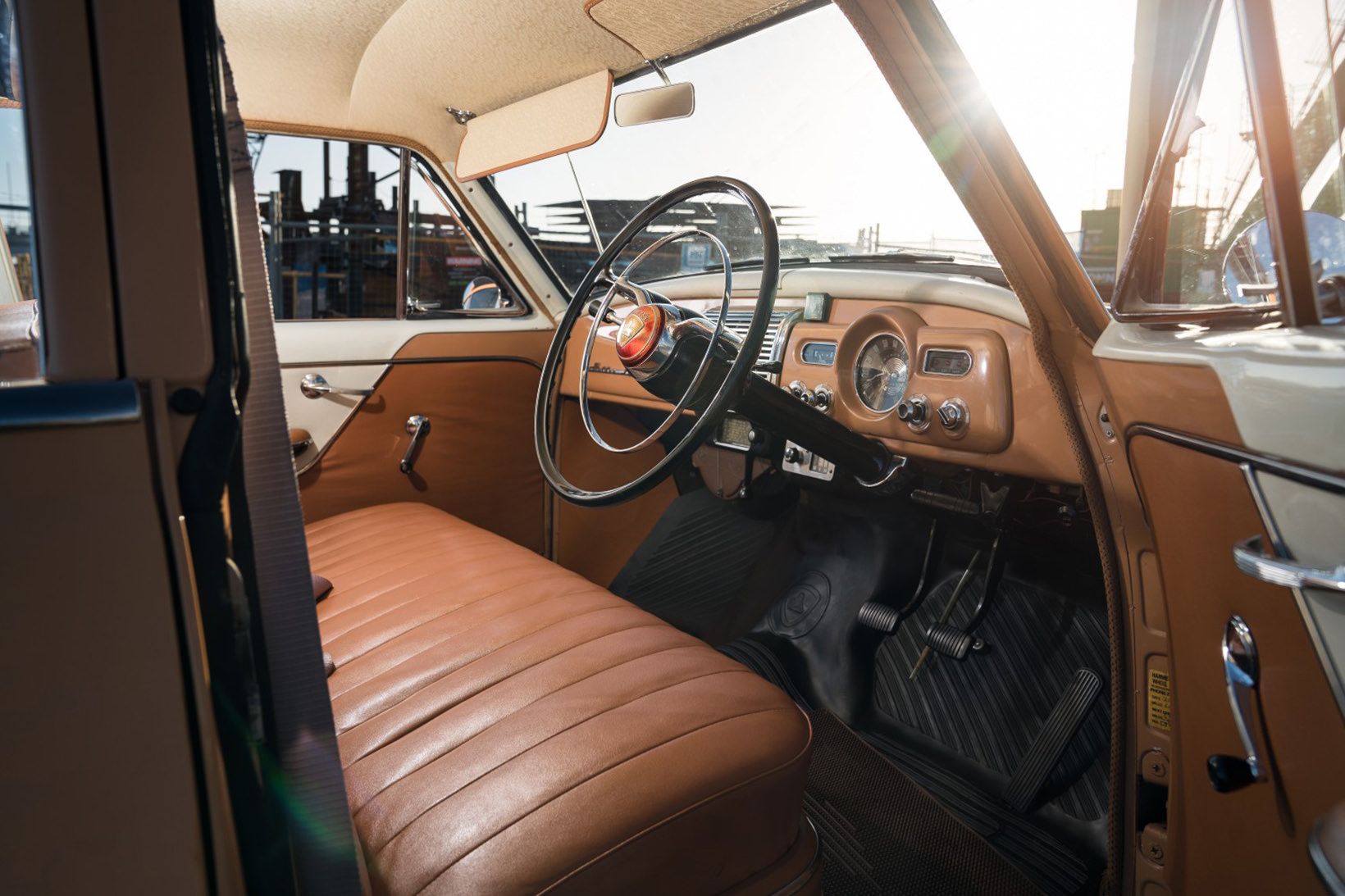 The colour scheme of the car depicted in this advertisement is similar to that used on Cara’s magnificent FE Special sedan, George, which is the subject of this Member Spotlight: Corsair Tan and Castle Grey (the car shown in the Weekly has a white roof). George has a long history in Cara’s family, having been purchased brand new by her grandfather John Elliott in 1957. John later sold it to his father Gwynne ‘George’ Elliott some five years later and George drove the FE until the mid-90s. It was then garaged before he relocated to a nursing home in 2005. When her great-grandpa passed away in 2008, Cara began restoring the car for her Year 10 International Baccalaureate Diploma Personal Project. 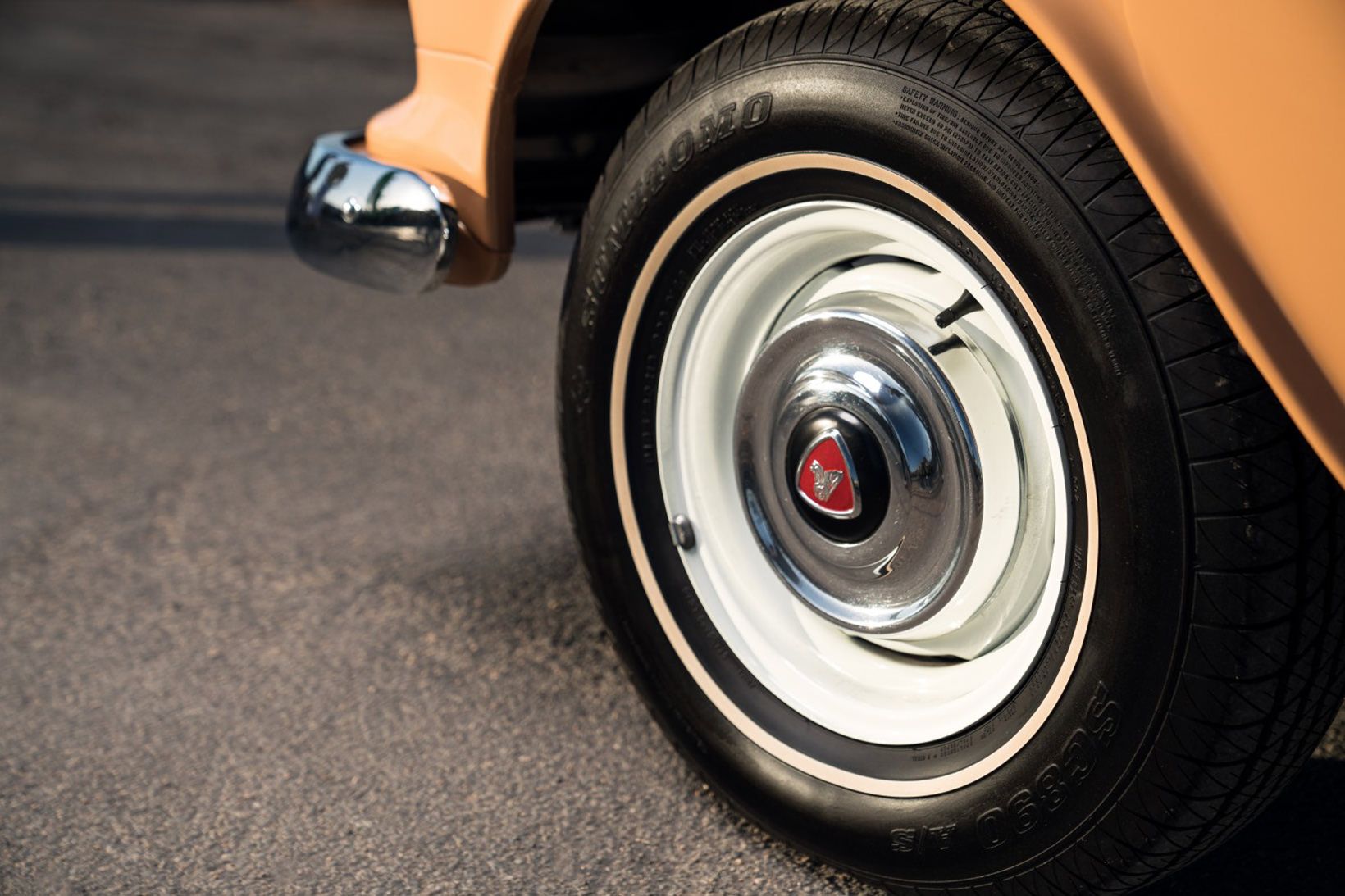 Cara’s dad Anthony stripped interior and the paint. The car acquired some new metal in the door pillars and bottoms of the doors. Cara says:

Dad taught me step by step and I did as much as I could. Only the more difficult bodywork and the two-pack Corsair Tan and Castle Grey was done by dad’s mate’s crash repair shop. Of course, things like chrome-plating we couldn’t do, so I went along to the workshop to watch and document the processes, a requirement for my 40,000-word thesis and photographic journal. 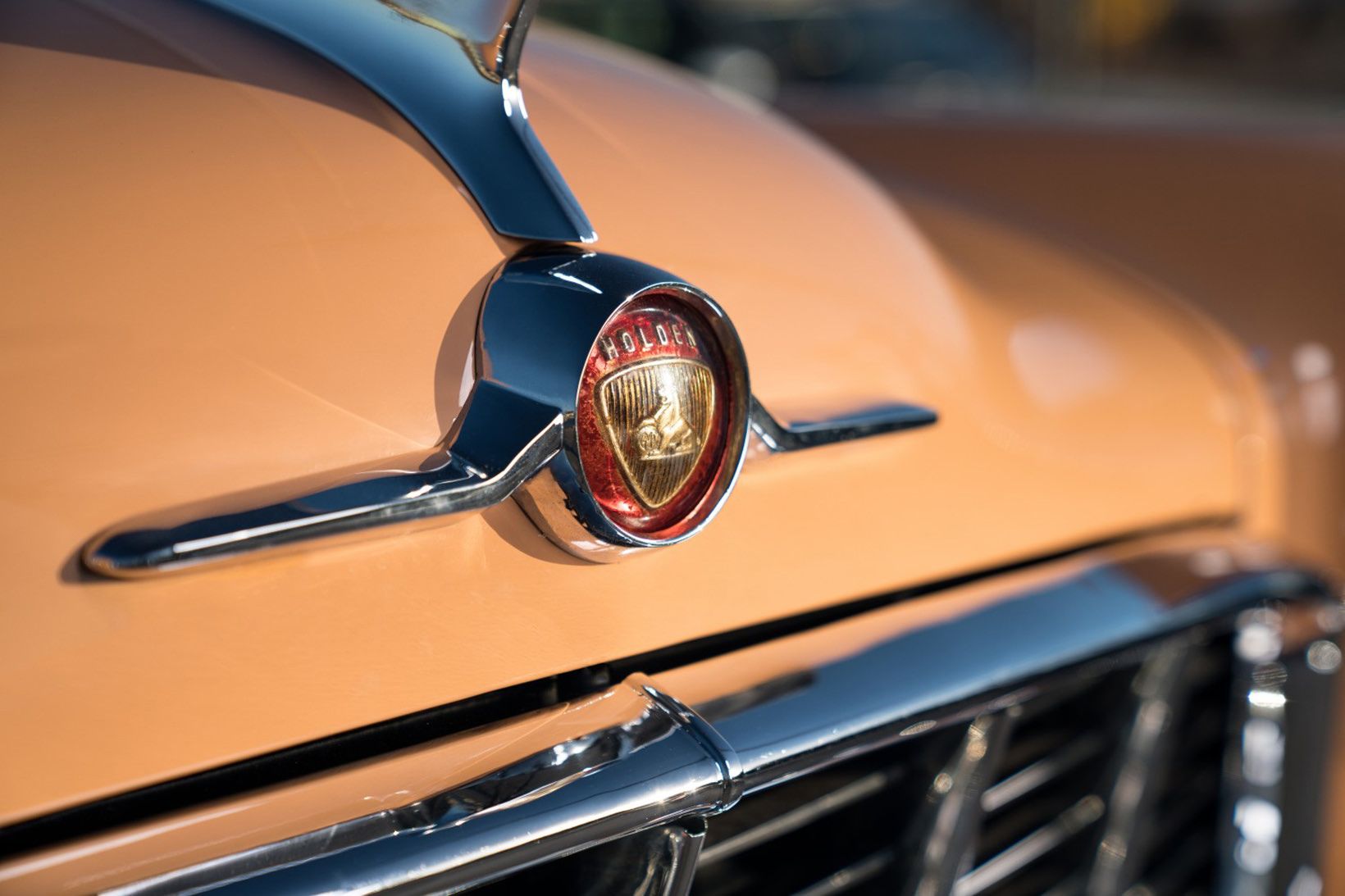 While many FJ Holden Specials were two-toned, the contemporary ‘three box’ styling of the FE lent itself more readily to this treatment. Some lovely combinations were available in fashionable pastel colours and this is perhaps among the most distinctive and alluring, as well as being quite rare. 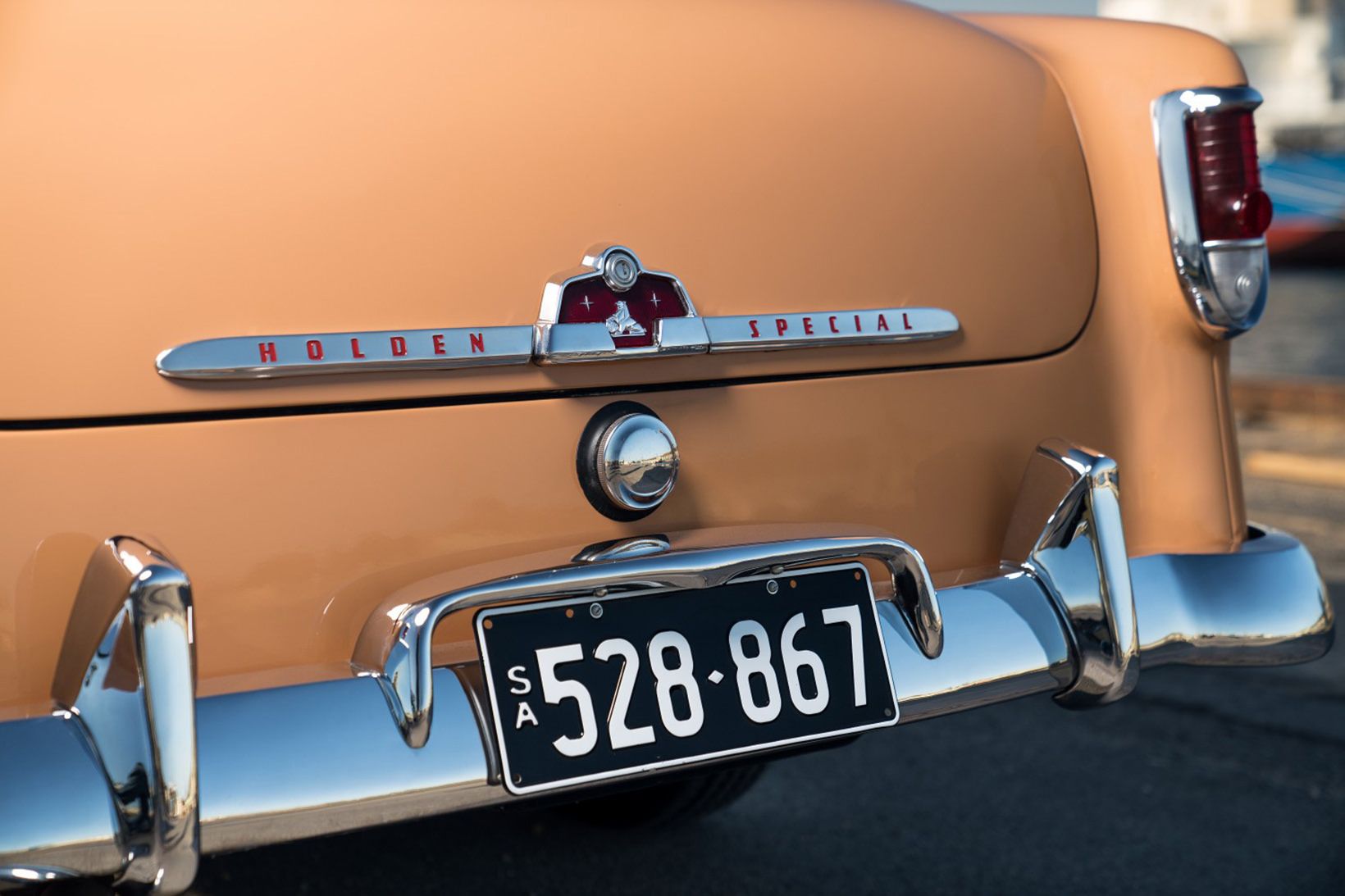 The extra chrome strip on the side came from a contemporaneous Chrysler Royal and was one of ‘Grandpa’s mods.’ Cara says it makes the car unique. Another great item is the period SA-made cast-alloy Silent Seal rocker cover. Dad Anthony has a good knowledge of the automotive industry and wanted any additions to be period-correct and local, or something available through Holden’s accessories division NASCO.

There was never any desire to modify the FE substantially and it retains the original engine with a sports exhaust and period-correct Genie headers.

What makes this car so special is not just the superb restoration but its long history in the one family since 1957. Just one look at Cara’s FE Special transports us back to the special era when the model was new and oh-so-proud. 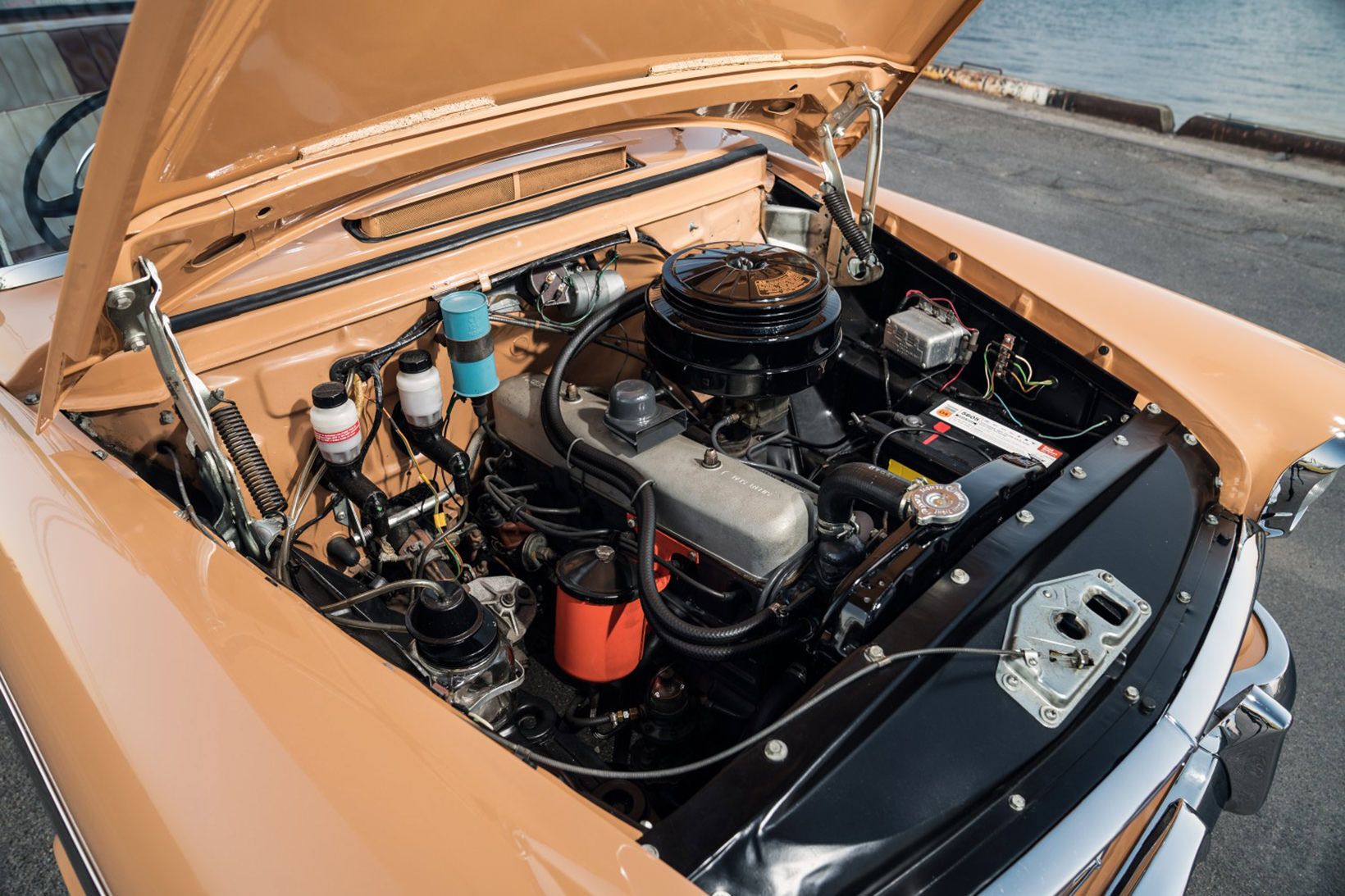 Glamorous as the FE was, it retained the rugged go-almost-anywhere ability of those plainer, more utilitarian predecessors. There were coupe utility and van variants and in 1957 Holden introduced its Station Sedan, which was just perfect for Glen Waverley and Baulkham Hills as well as Christmas holidays at the beach. Although all FE variants used smaller 13-inch wheels with the fashionable new balloon tyres (the 48-215 and FJ had 15-inch rims), there was still nine inches of ground clearance and the Holden could tackle tracks that would these days seem to require a four-wheel-drive. Indeed, beneath its pretty new wrappings, the underlying Holden formula was unchanged: tough, durable, spacious, economical, powerful. 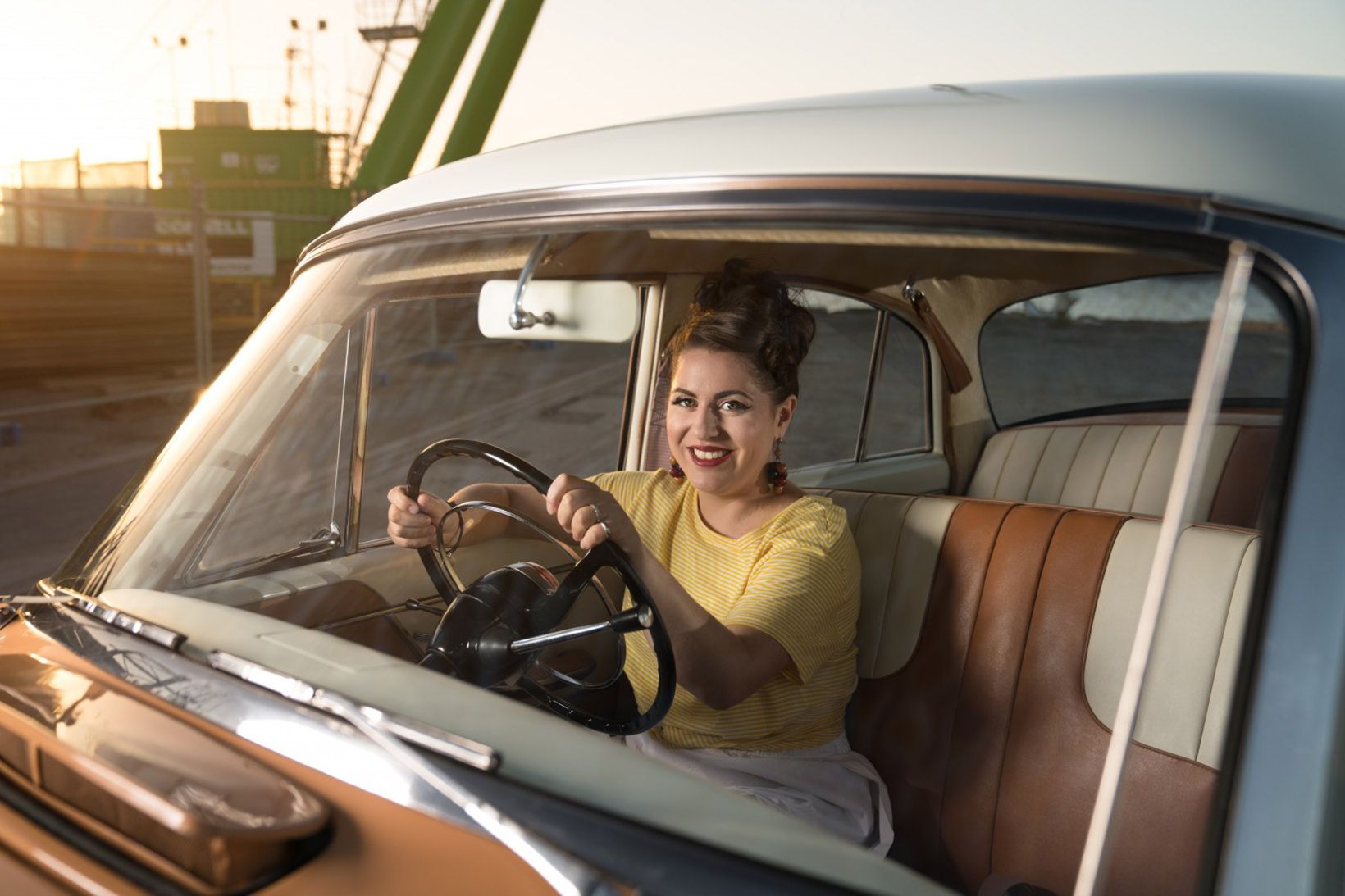 The FE was the first Holden with a curved one-piece windscreen, the first with a 12-volt electrical system, the first with a hydraulic clutch and the first with a key-operated starter (complete with a novel intermediate ignition position so the car could be started without a key). Instead of sprouting from the floor, the pedals were of the pendant type. With new recirculating ball steering, the FE was easier to park. The wider tracks and longer wheelbase (up by two inches) gave the car a more planted stance on the road and more secure handling, while the larger boot readily accommodated the 1956 metal precursor (‘car fridge’) to the ubiquitous Esky. 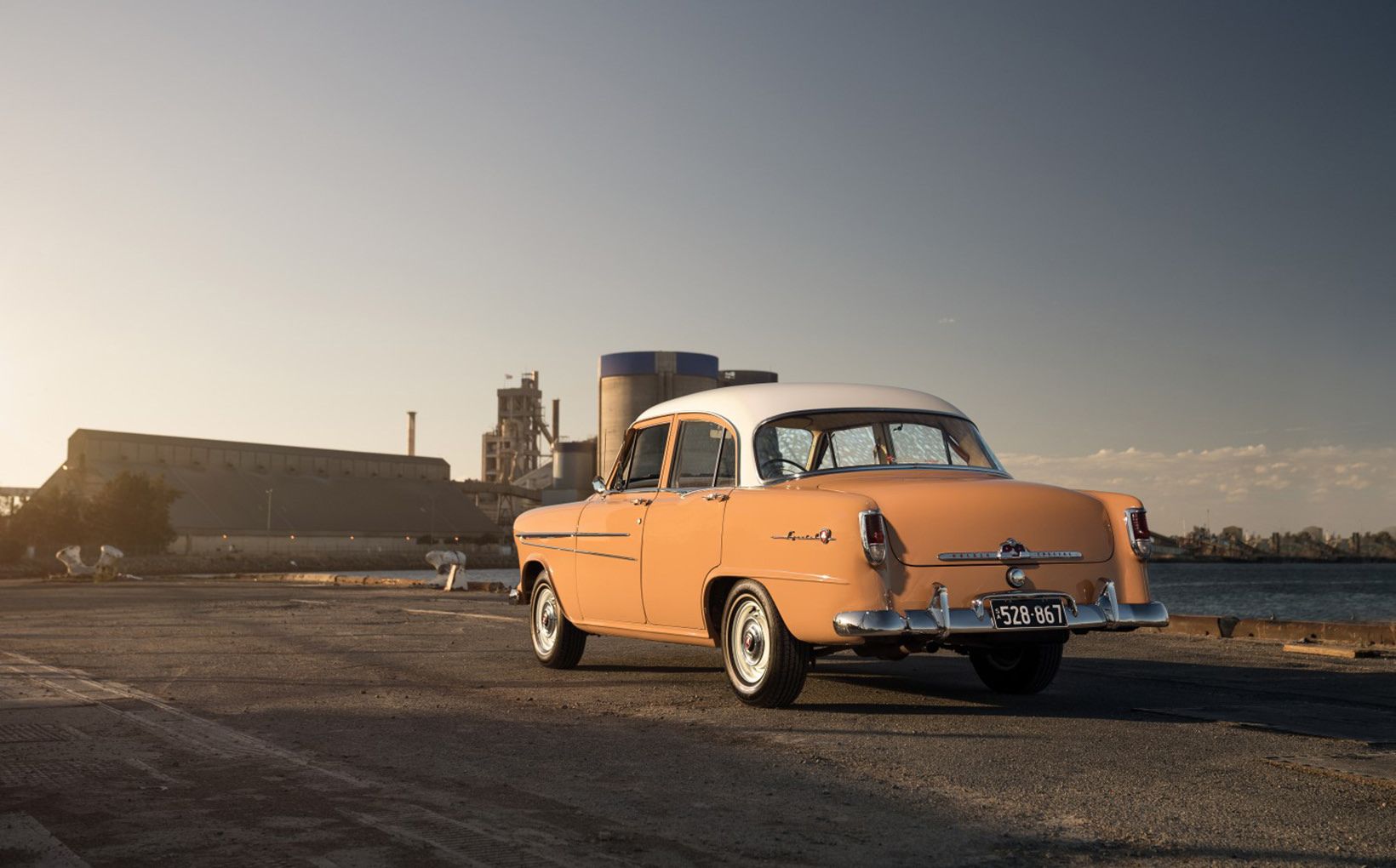 It was not mere chance that the car featured in Australia’s most popular women’s magazine on 5 June 1956 had an interior finished in Moroccan Tan and Egret Ivory – evidently, Holden’s marketing people believed this was the most striking choice. Without perhaps knowing it, Cara has masterminded the re-creation of that most glamorous of FE Holden Specials and I reckon the Castle Grey roof makes a better contrast than white! Her car is used regularly around Southern Adelaide and the Hills. It has also appeared in Street Machine. Maybe the time is ripe for another run in the Australian Women’s Weekly?