Is the VW ID Roomzz the EV Australia actually wants?

AUSTRALIANS, obviously, love SUVs. Especially big ones that can carry seven people. Nowadays more SUVs are sold in this country than sedans, wagons and hatches. Names like Kluger, CX-9, Sorento and Santa Fe are as part of the local landscape as Commodore, Falcon and Magna once were.

That’s OK right now, as fuel is still relatively inexpensive and there’s plenty of it to go around. But with the price of oil set to soar and increasingly stringent emissions regulations casting a big black cloud over the future of diesels – the preferred choice of engine in larger SUVs and crossovers – an important question has been raised:

“What will power our big SUVs of the future if the price of petrol rises out of reach?” 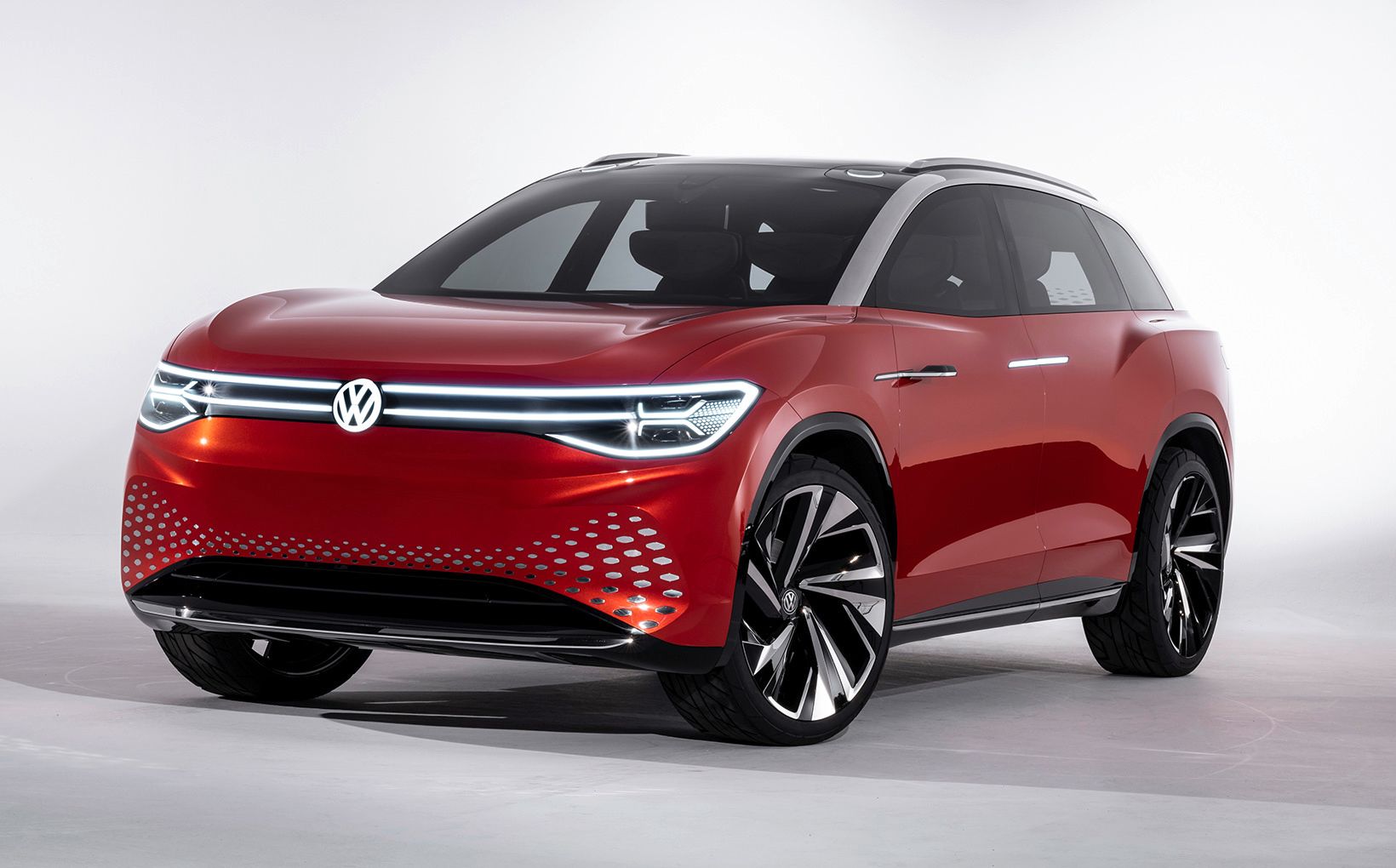 Volkswagen reckons it has a solution. Ironic, given the company’s entanglement in the so-called ‘Dieselgate’ diesel emissions scandal. Yes, according to the Wolfsburg wunderkinds, the answer is electric. Yes, it involves charging. But – crucially – no, it does not look like a UFO from an ‘80s sci-fi series. Or even a Nissan Leaf for that matter.

And right from the outset, it’s clear that the Germans have a sense of humour about it, too. Called ID Roomzz (as in, with two Zs, as if to challenge sceptics who automatically dismiss electric vehicles (EVs) as snooze-mobiles), the car in question is a seven-seater SUV that will enter production in the (to give it that futuristic sound) Year 2021. 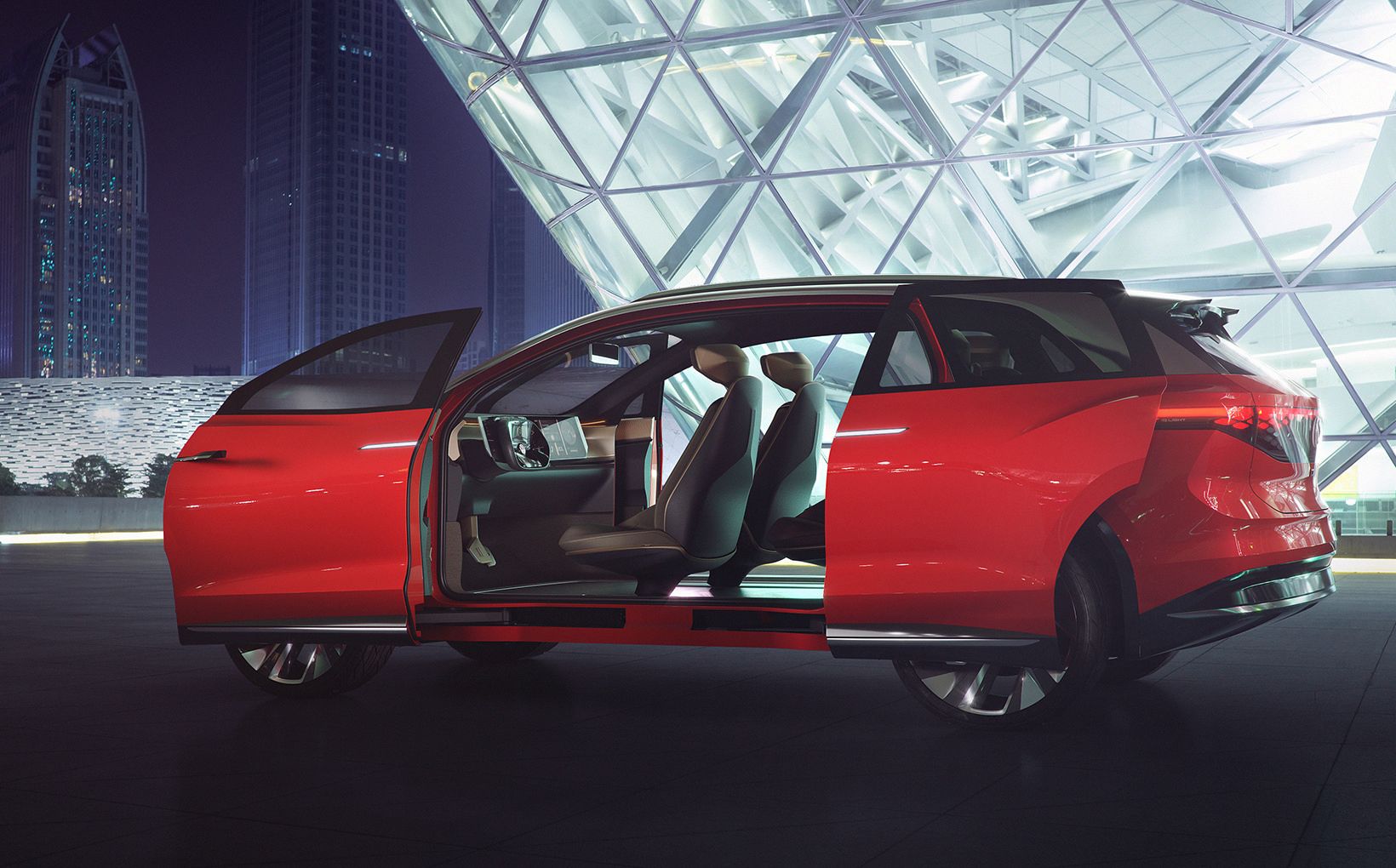 Whether the Roomzz’s sliding front and rear doors make production remains to be seen; they are said to improve ingress and egress substantially.

Right now, it’s a concept, which debuted at the Shanghai motor show in early April, and will be one of a host of ‘ID’ vehicles in Volkswagen’s growing family of EVs. And we’re liking what we’re seeing, too.

The company reckons that China will be the priority for this sort of vehicle, and that’s understandable given the vast volumes of the world’s biggest vehicle market, but there’s a business case underway right now for right-hand drive, meaning that if that gets the green light (and just quietly it seems like that might be the case since the Roomzz’s wider ID component set has already been developed for RHD markets), then Australian sales would be a dead-cert (probably). After all, like we said, we love big SUVs! Even a Volkswagen Group Australia (VGA) spokesperson says so:

“At this stage it’s just for China, but given the huge market desire for SUVs, we’d certainly consider it if it was offered,” he said. 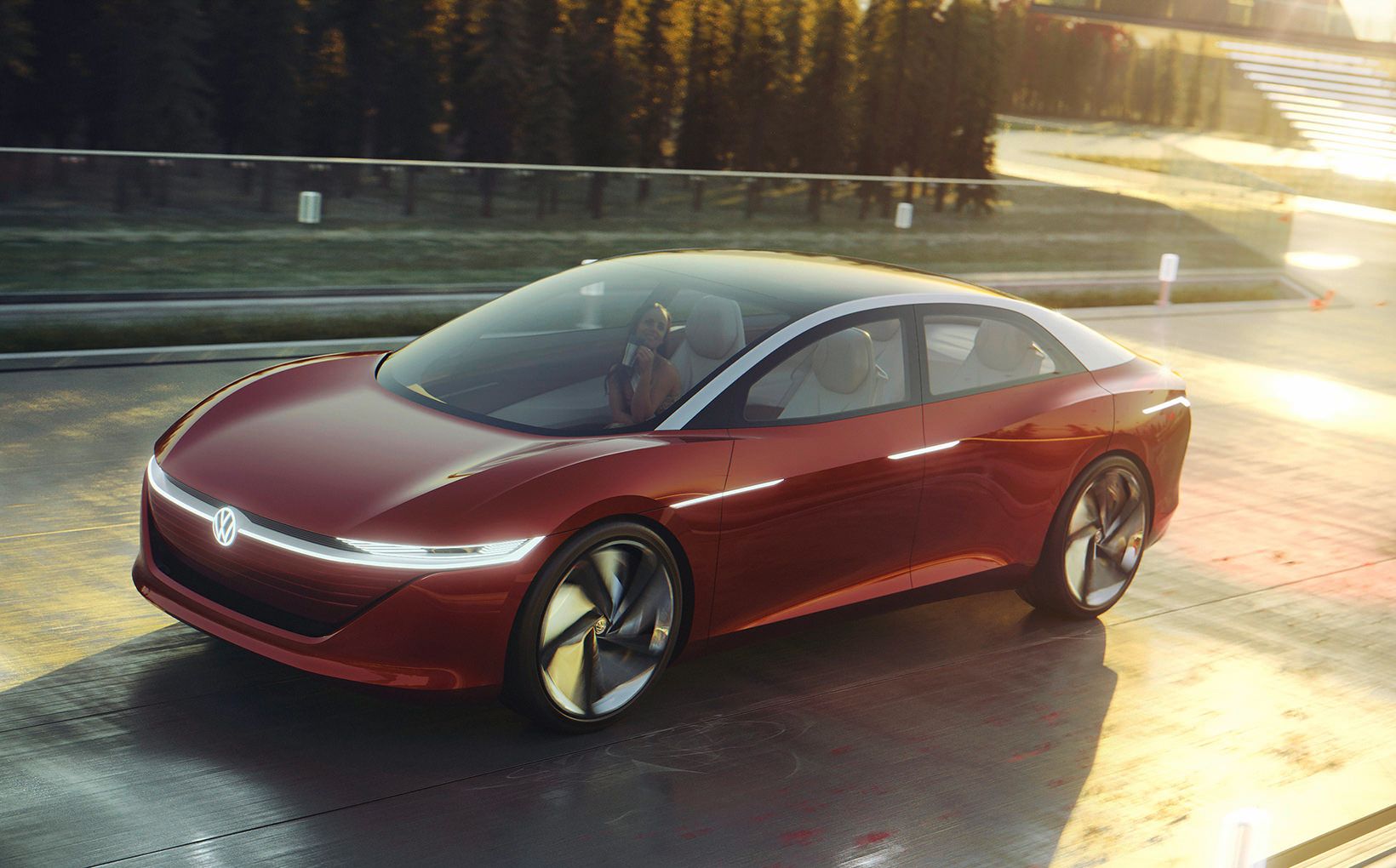 Unbelievably, considering its 60-year-plus history in making multi-seat products like the Kombi, Caravelle and Multivan, Volkswagen AG has only just recently released its first-ever seven-seat large SUV, in the guise of the American-made Atlas (2017) while the Tiguan received a China-market driven stretch in 2018 to create the Tiguan Allspace, though that’s more of a 5+2-seater. Note, however, that other Volkswagen Group products like the Skoda Kodiaq have fitted the bill for a bit longer.

But back to the Roomzz. Dimensionally it’s about as long as the Holden Acadia SUV (4915mm), about the width of a Sorento (1890mm) and tall enough to accommodate most Aussies (1760mm). It would fit next to the latest (third-generation) Touareg, which is packaged as more of a five-seater luxury crossover with some off-road capability. Because, as every car industry executive in the world will tell you, you cannot have enough SUVs nowadays. People are mad about them. 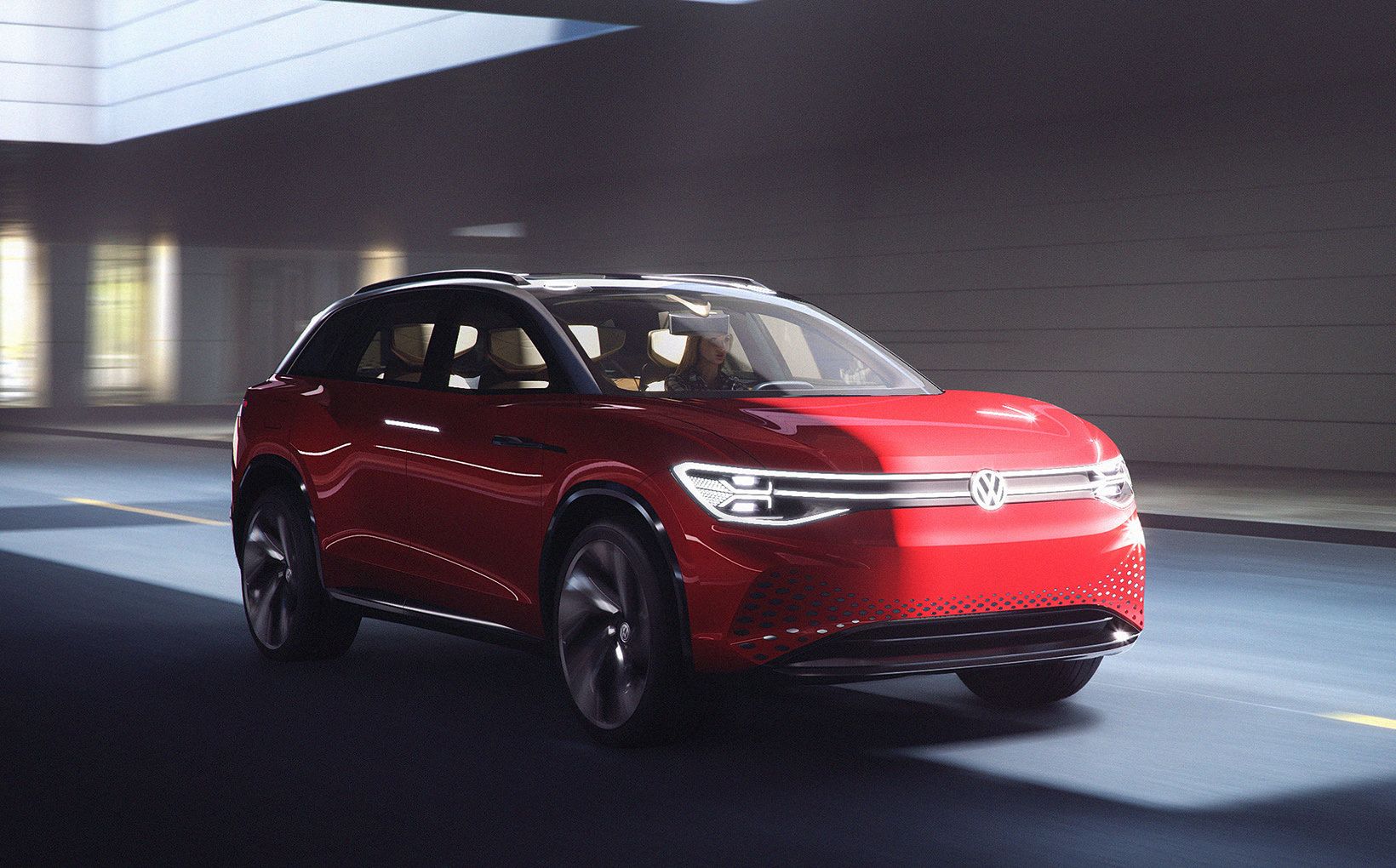 This SUV is a monolith, appearing to be seamlessly machined from one solid block,” said Volkswagen design executive director Klaus Bischoff.

As per the other IDs, Roomzz will ride on Volkswagen Group’s modular electric drive matrix (MEB) architecture, feature one electric motor per axle for a combined power maximum of 225kW (so it’s no sluggard right from the get-go) and will thus also offer all-wheel drive. Here’s something else: we already know how fast it will streak silently to 100km/h – just 6.6 seconds – and will be electronically limited to 180km/h. A slew of batteries located low-down underneath the floor provides up to a claimed 450km of range between charges (as per Europe’s recently introduced WLTP cycle), while a 150kW DC fast charger can top it up from zero to 80 per cent in as little as half an hour. All doable within a relaxing coffee break.

Volkswagen says that the Roomzz will also be Level 4 autonomous ready, meaning it would be capable of driving itself in traffic (and automatically taking the wheels, pedals and other driver-related gubbins out of the occupants’ way) when one of its ID Pilot modes are engaged, though whether that means it will actually be activated for Australian cars is as-yet unknown. 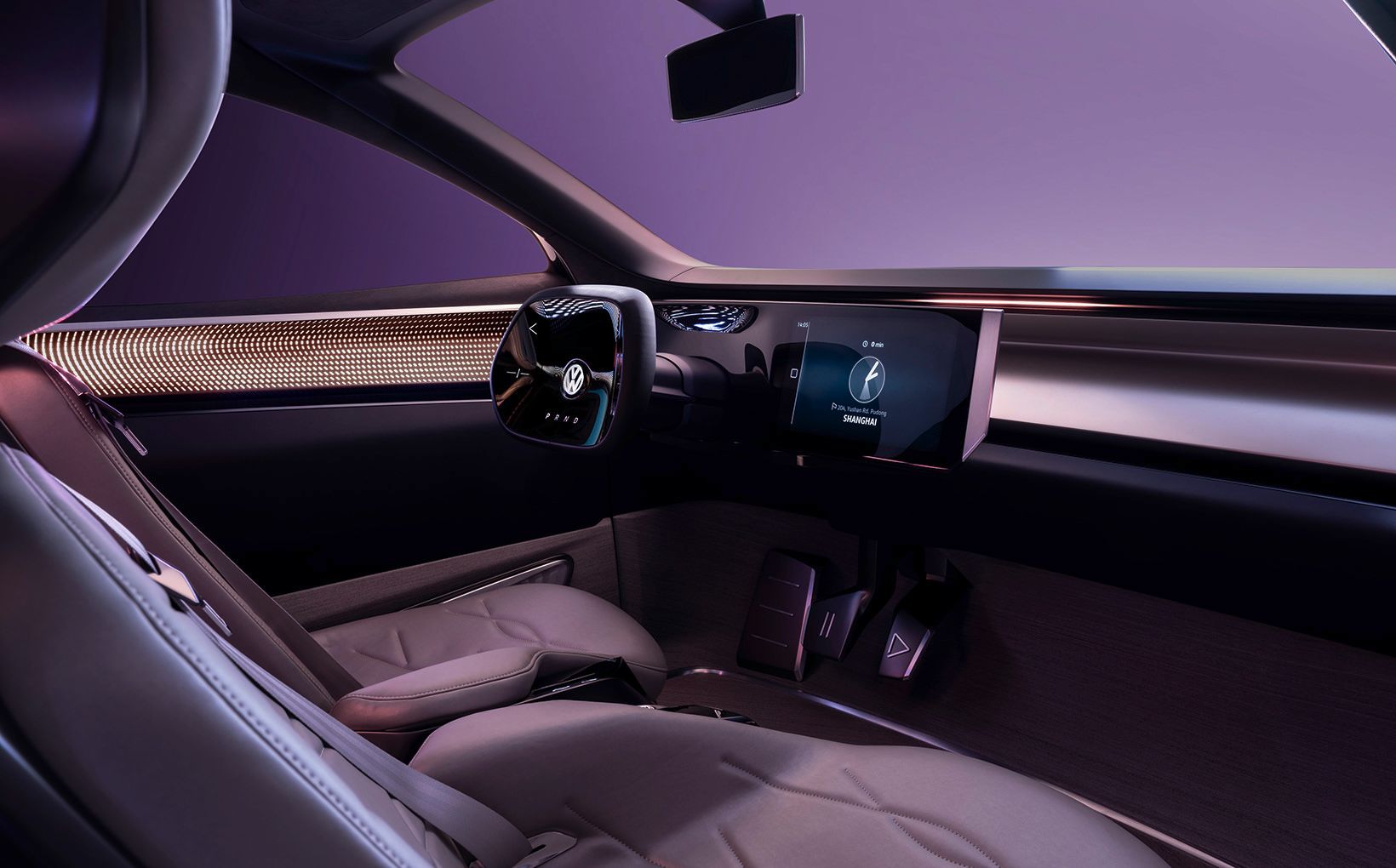 When the Level 4 autonomous driving tech ‘ID Pilot mode’ is in use, the front seats rotate inward by 25 degrees “to enable a more communicative, lounge-like atmosphere onboard”, says VW.

In keeping with the Roomzz’s green ideology, its cabin ushers in a new type of leather-like upholstery made of a renewable raw material known as AppleSkin. It also boasts an advanced smog-ready air-conditioning system that uses an active filter to ensure that the air is clean even if the ambient atmosphere is not.

It is believed that Volkswagen will announce the full rollout of ID-family EVs at the IAA Frankfurt International Auto Show in September, but we’ve already been told by VGA that the Golf-sized ID five-door hatch – its name has yet to be divulged to the press – will be the first to land in our shores, sometime in 2021. That’s a year after its European debut. 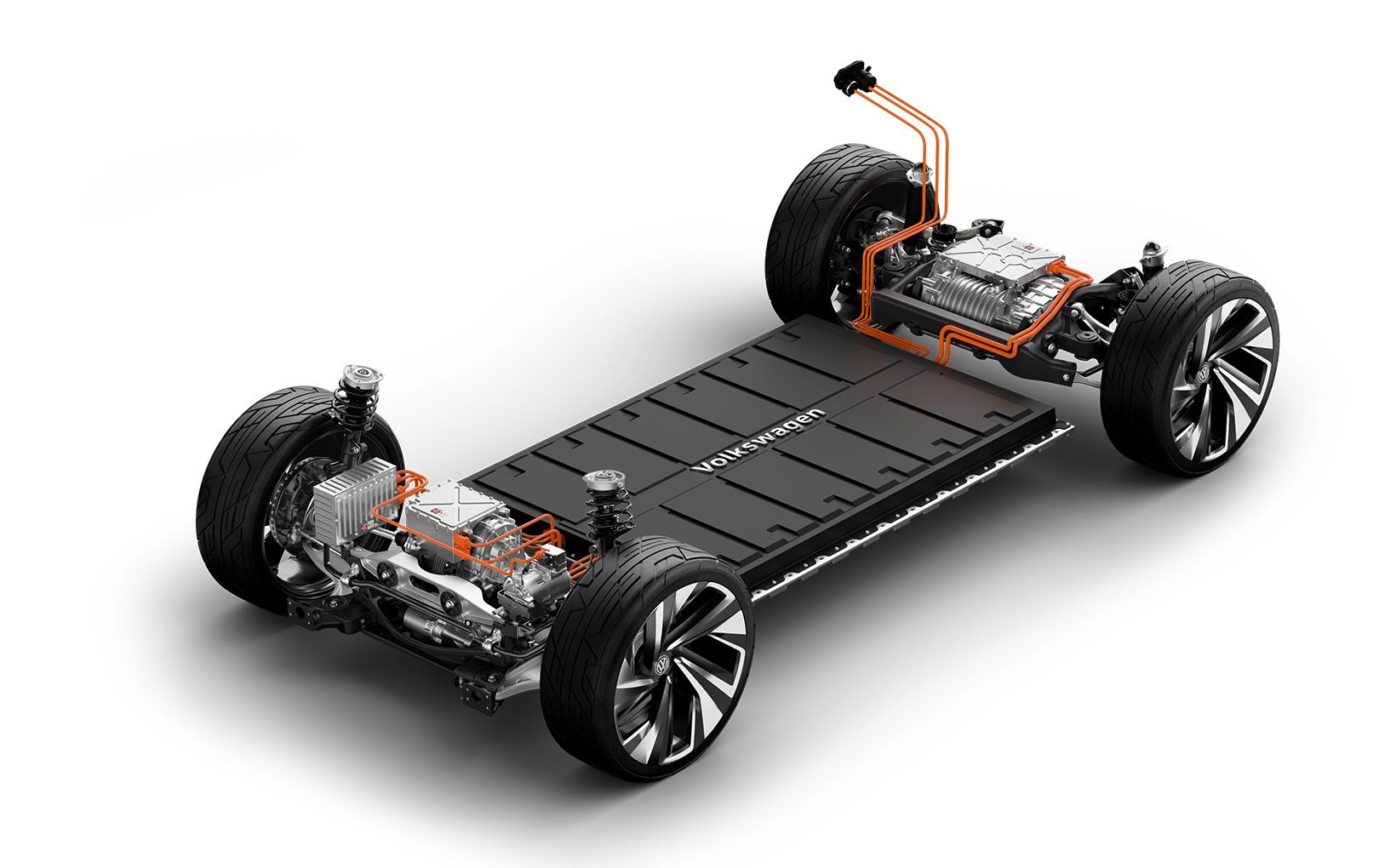 Set to rival the likes of the Tesla Model X, the Roomzz will follow other ID models by riding on Volkswagen Group’s modular electric drive matrix (MEB) platform

If all this sounds like Volkswagen is fast-tracking EVs, you wouldn’t be wrong. In the wake of Dieselgate back in 2015, the massive conglomerate has paid out billions of dollars in fines and reparations, and also cancelled many projects that were on the boil in order to fund the future development of zero-emissions vehicles, that also include hybrids and fuel-cell models. To that end, in April, it also announced that some 70 EVs across the entire Volkswagen Group stable of brands will be launched by 2028; it expects that electrified vehicles will snare up to 40 per cent of worldwide sales in that timeframe, which means a 30 per cent carbon dioxide emissions cut as an upshot.

An electric seven-seater SUV in your not-too-distant future? Don’t bet against it if Volkswagen has its way!