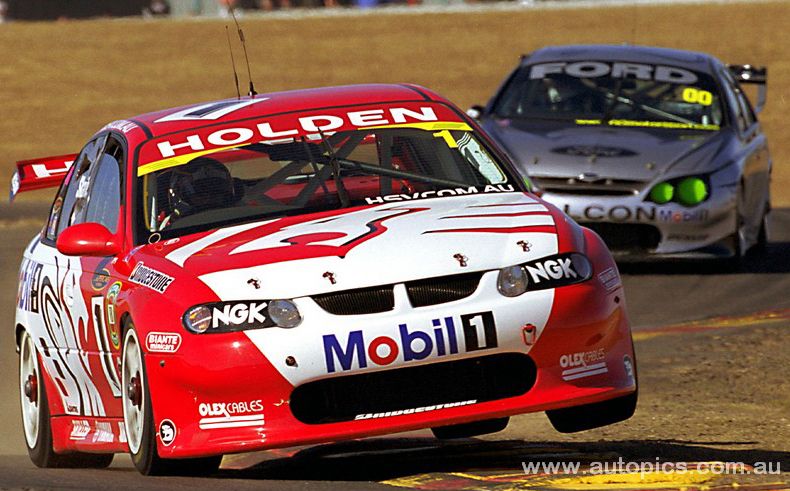 The most successful Holden driver of the VT-VX Commodore era was Mark Skaife, claiming three consecutive V8 Supercar championships and two Bathurst 1000s. It was a golden era for the Holden Racing Team (HRT) under the ownership of  UK-based Tom Walkinshaw Racing (TWR). Following Skaife at Oran Park in 2002 is former HRT team-mate Craig Lowndes in his AU Falcon; a combination that could provide only limited resistance to Holden’s juggernaut.

When Holden launched the all-new third generation of its Commodore sedan - the VT - in August 1997, Australia immediately warmed to the more generous proportions and improved crash safety of The General’s handsome new arrival. However, those same accolades would also present a weighty problem for race teams in creating one of the most successful Holden race cars of all time.

The VT was larger than its VS predecessor in almost every dimension, including length (+23mm), width (+48mm), wheelbase (+57mm), front track (+78mm) and rear track (+96mm).  The VT also boasted a much stronger and more rigid body shell, with greatly improved occupant protection in the event of major collisions.