Porsche has smashed the production car lap record at The Bend Motorsport Park again, beating its own previous best time by a full five seconds.

Mr Youlden said the record-setting lap was made possible in part by the Porsche’s phenomenal rear-end grip. He added that the ability to drive the car on the throttle shaved pivotal “tenths” when negotiating each of the GT Circuit’s 35 corners. 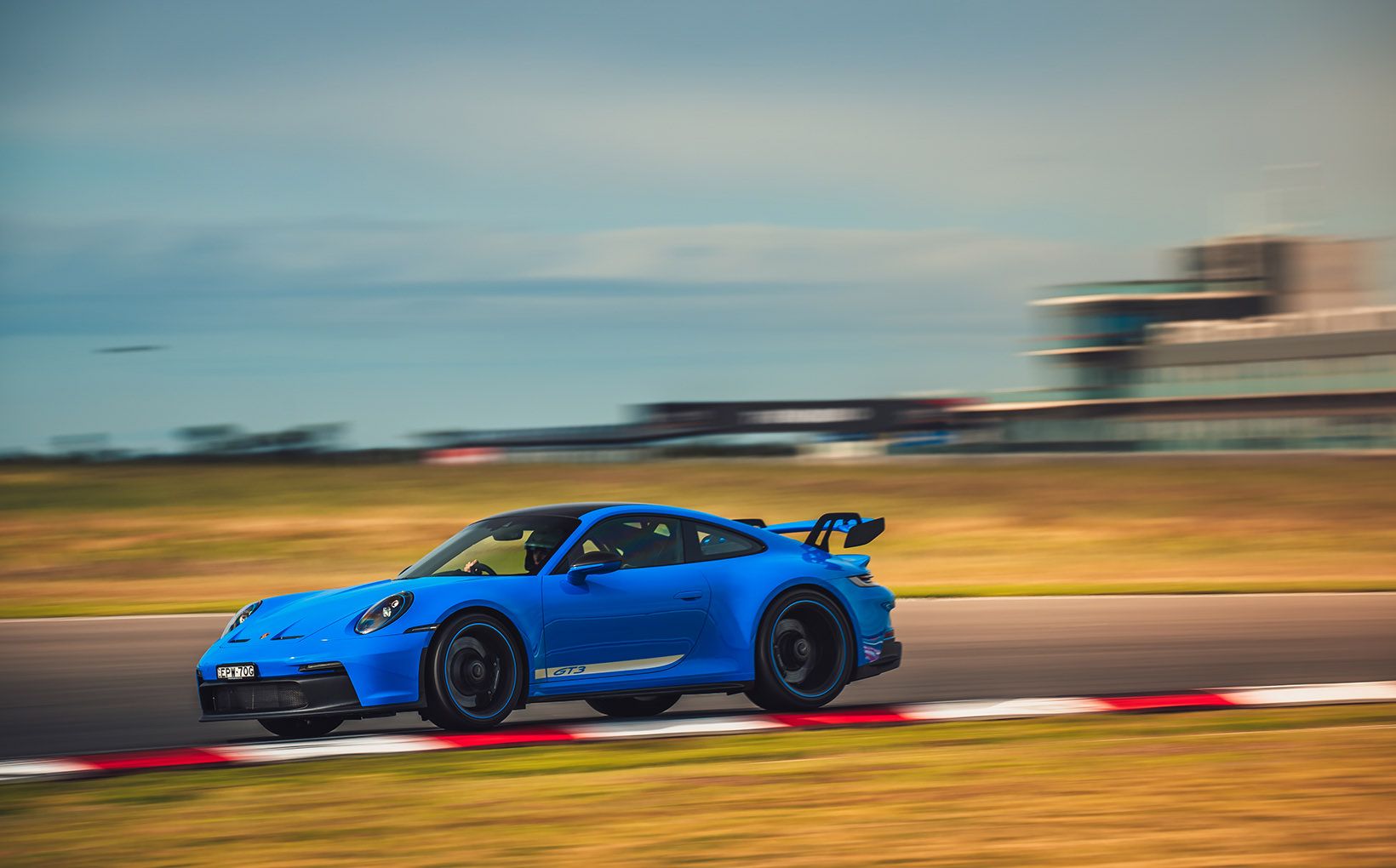 The new 911 GT3 beat Porsche’s own lap record set by the 911 Turbo earlier this year.

“What a fantastic bit of kit this car is. To break the previous lap record by five seconds is phenomenal… This car is so planted at the rear, but it also turns (in quickly and sharply) and, in the banked turns of The Bend it’s just unbelievable,” Mr Youlden said.

“Anyone who’s looking for a track-day car better not look far past this thing. The repeatability of this car is unlike anything else. You can flog it around (the track) for 10 or 20 laps and then drive it home. That’s what I love about this brand,” he enthused.

The production-car record sits just 21 seconds behind the GT3 race lap record set by Alessandro Pier Guidi during the 2020 Four Hours of The Bend in his race-prepared Ferrari 488 GT3. 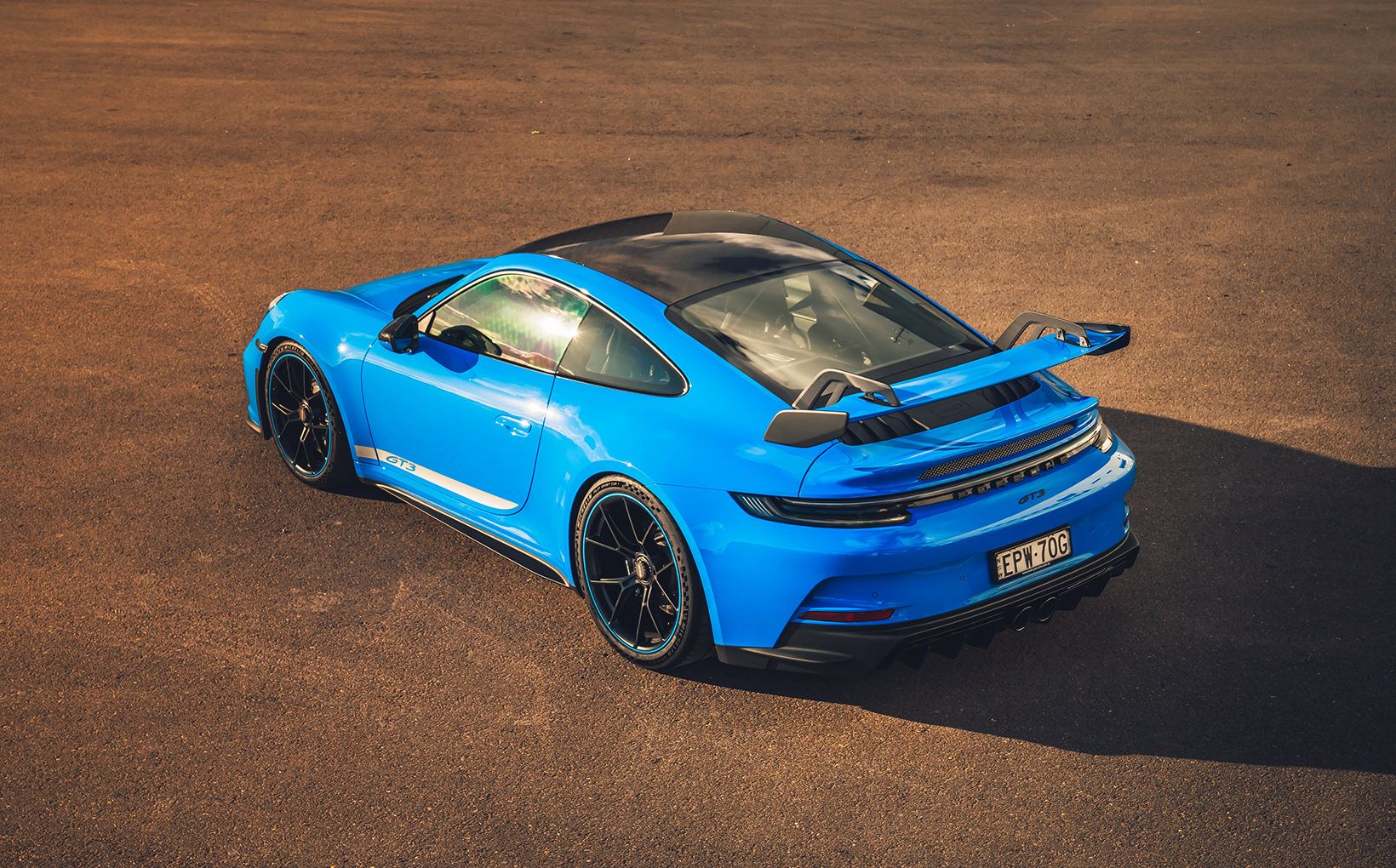 Porsche’s previous production car lap record for the full layout was set by the 911 Turbo earlier this year. Spec-for-spec – and on paper, at least – the Teutonic twins rate closely.

But for all its force-fed mumbo, it seems the 911 Turbo just could not be topped by its naturally aspirated sibling. The rear-wheel-drive 911 GT3 utilises a 4.0-litre flat six that develops 375kW at 8400rpm and 470Nm of twisting force at 6100rpm. 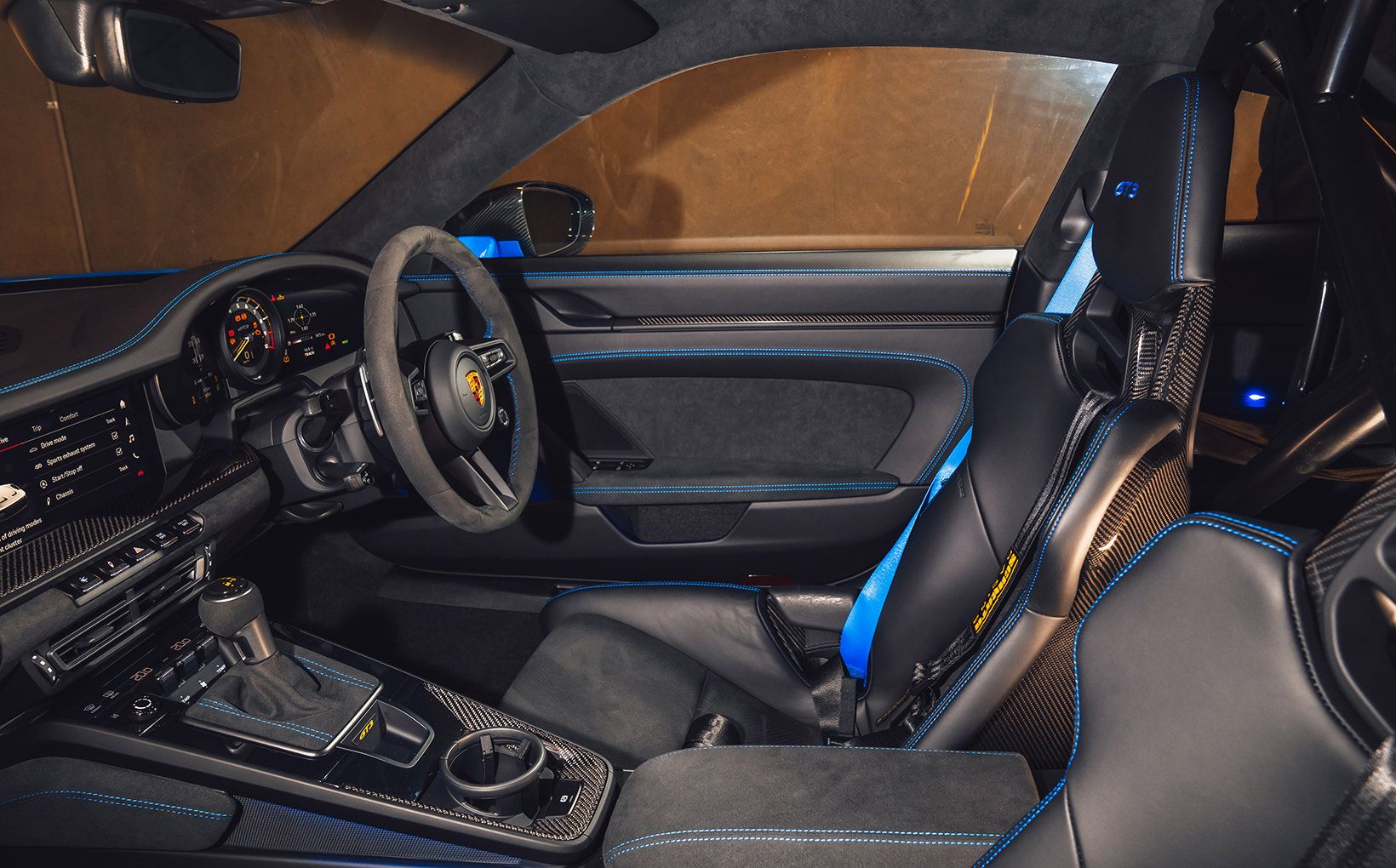 The cabin of the 911 GT3 is immaculately presented and 100% race-ready.

Despite a power deficit of 52kW and being a substantial 280Nm down on torque, the lighter model’s clever aerodynamics and Velcro-like grip saw it generate higher corner speeds through The Bend’s undulating turns – and video footage shows how planted and comfortable the GT3 appears in the Mr Youlden’s hands. 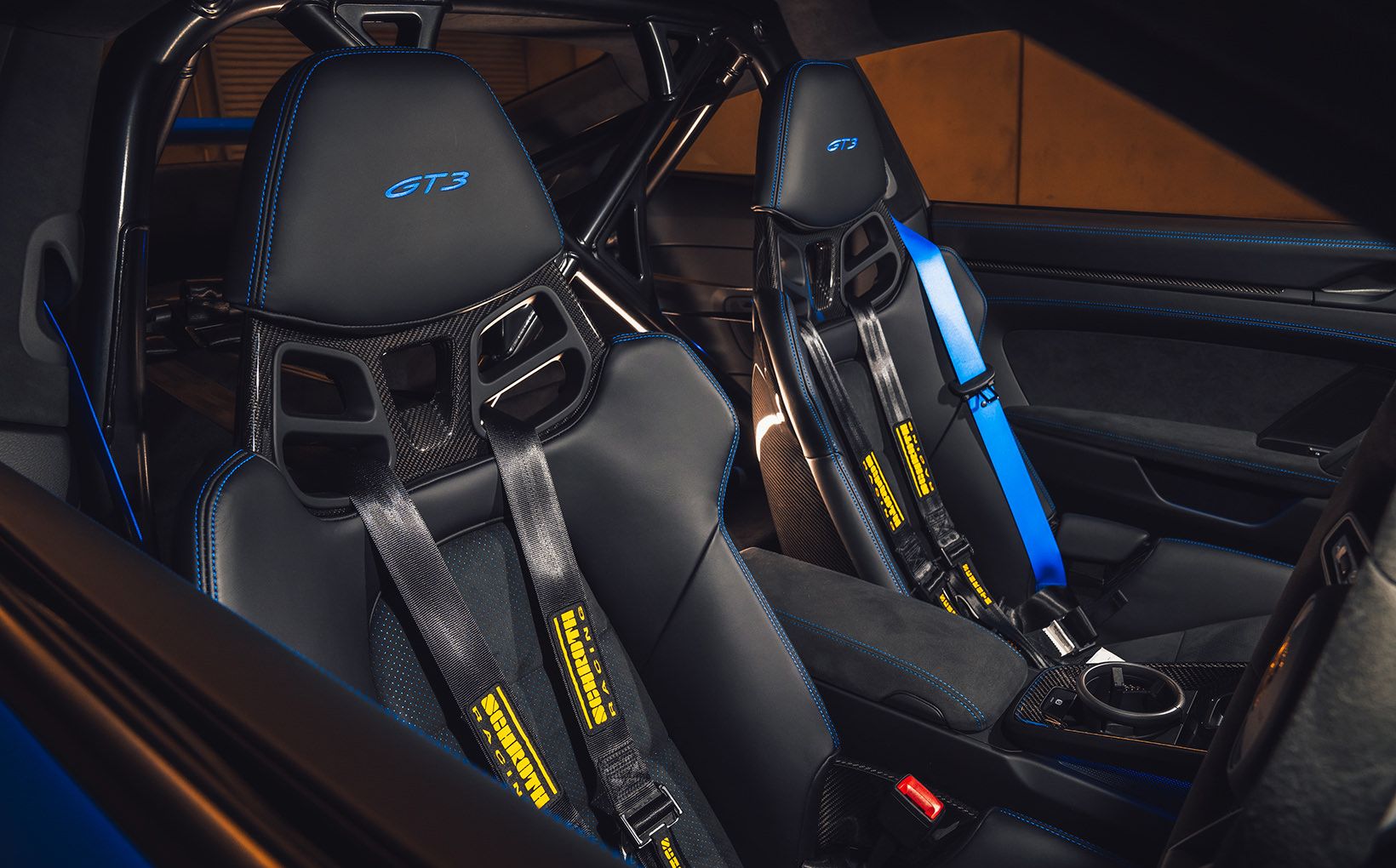 A half-cage, race seats and five-point harnesses are all standard issue in the 911 GT3.

The new 911 GT3 is bristling with hardware designed to reduce weight (1418kg, with the six-speed manual and 1435kg, with the seven-speed PDK) – and increase track capability.

These include a carbon-fibre bonnet, lightweight glass windows, forged alloy wheels, behind which sits optimised brake discs that measure 408x34mm up front and 380x30mm at the rear with six- and four-piston callipers respectively, a unique double wishbone front suspension, a half cage, adaptive suspension, rear-wheel- and variable-ratio power steering.

The 911 GT3 recently went on sale Down Under and Porsche says Australia is one of the world’s most enthusiastic markets for the Zuffenhausen-based brand’s GT products. The proportion of sales of track-honed sportscars versus their road-going equivalents is higher in Australia than just about any other market, which is quite a feat – considering the size of our population. 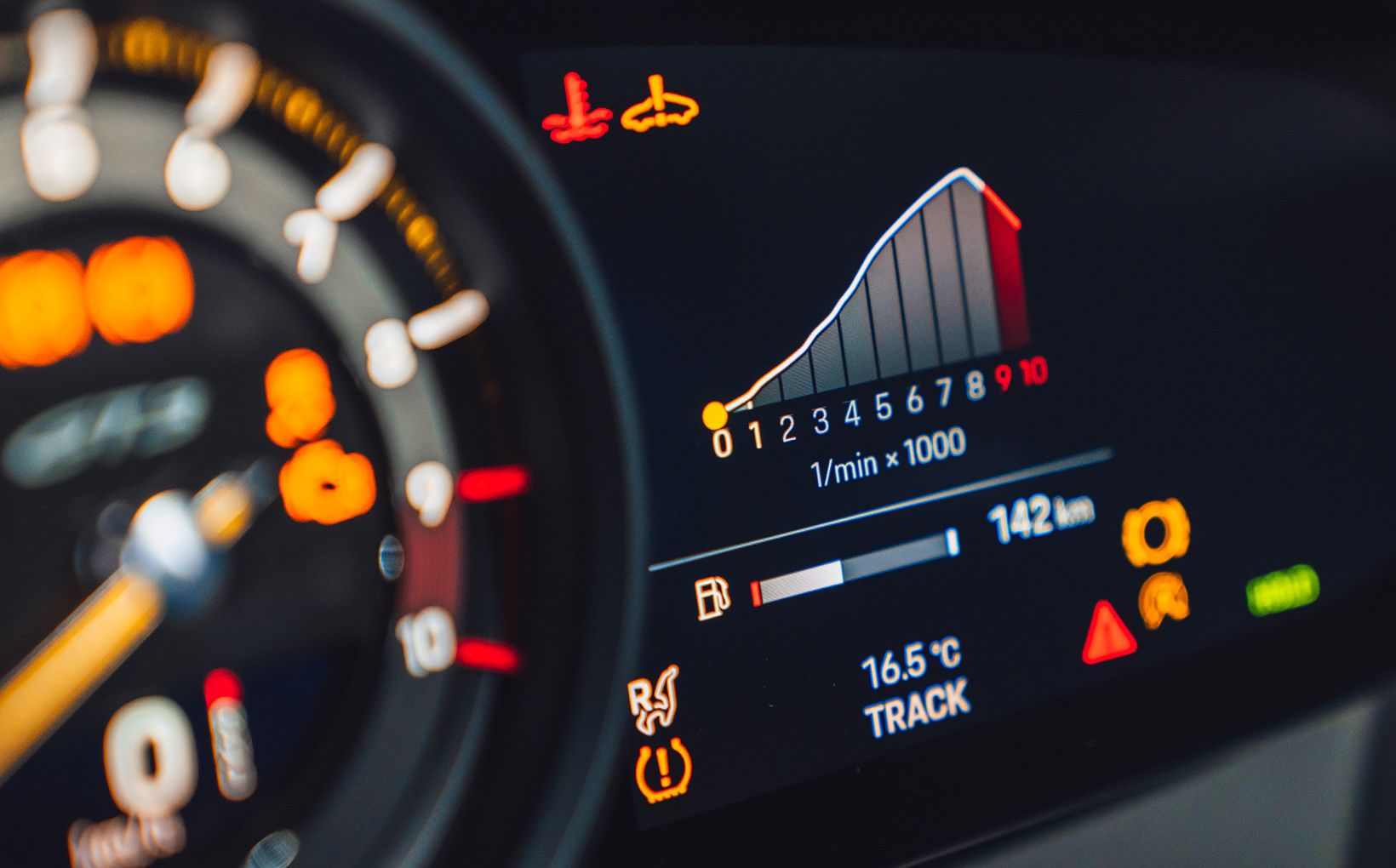 Sophisticated electronics keep the driver informed of every aspect of the car’s performance.

Such is the success of Porsche’s GT cars in Australia that the importer must queue to secure stock. As a result, local allocations of the 992-generation 911 GT3s are all but gone, despite the starting sticker price of $369,700 (plus on-road costs) being $42,600 higher than its predecessor.

“The mix of 911 Turbo and Turbo S versus GT product is different as well, because we have strict laws regarding speed limits and no autobahn, so the ownership (proposition) is a little different in that way. To experience a GT car in ways for which it was engineered, you've really got to take it to a track – a safe, controlled environment, which lends itself to GT3 ownership,” he explained. 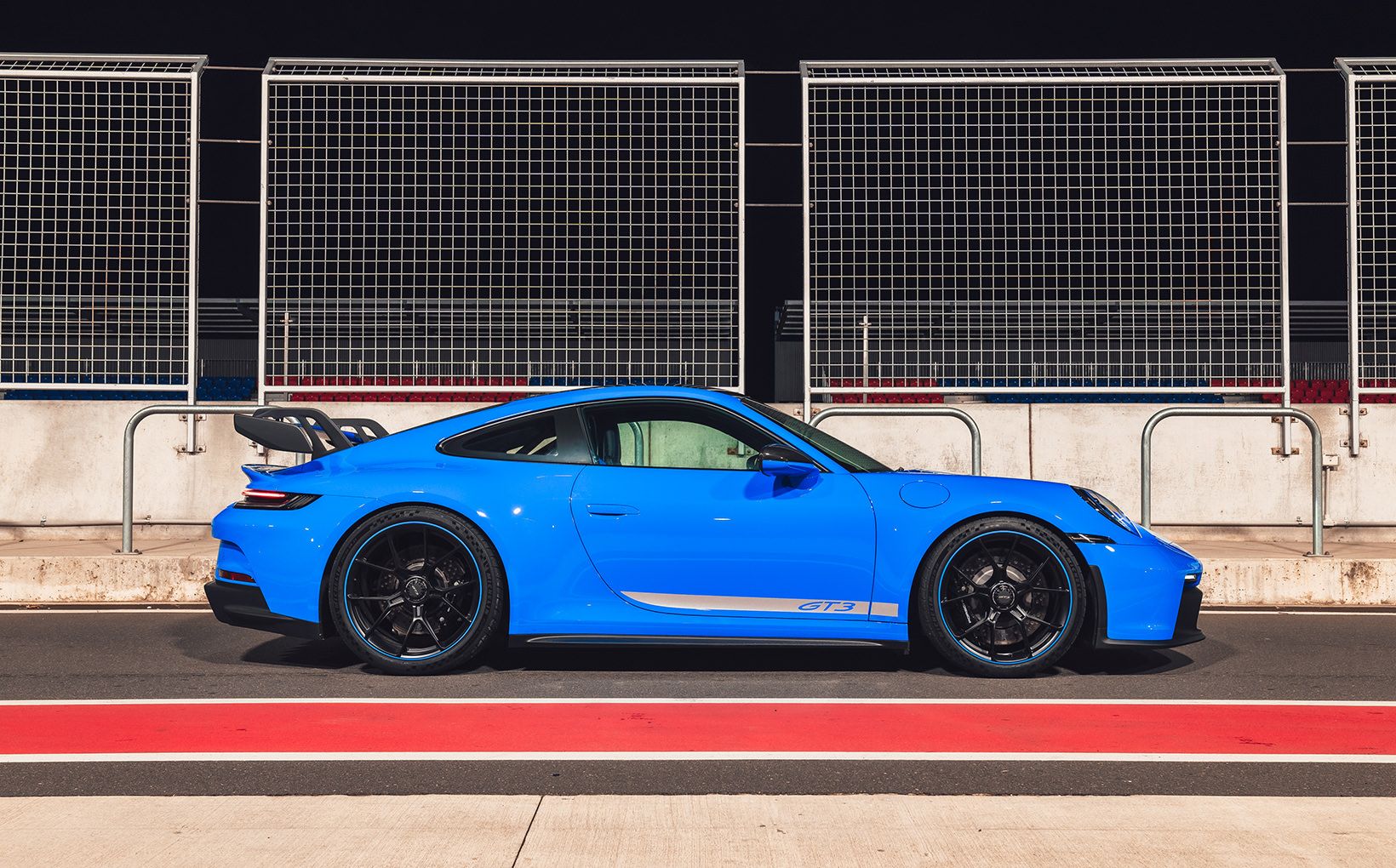 You’ve got to admit, the 911 GT3 looks completely at home on the racetrack.

The former Mitsubishi Motors proving ground at Tailem Bend offers four configurable circuits, the venue offering world-class karting facilities, an off-road track and even its own airport and five-star hotel.

You can check out Luke Youlden’s record setting lap of The Bend on YouTube here: