WHEN you’re the builder of one of the most desirable and well-regarded sportscars of all time, it can be particularly difficult to keep raising the bar over and over again, a problem Porsche has dealt with for decades in relation to its legendary 911.

When the eighth-generation 911 first launched in Australia in March last year with the mid-spec Carrera S, Porsche gave a hint of what was to come with the 992 911, with more power, an increase in tech levels and more of the impeccable handling and dynamism the rear-engine coupe is known for.

Like with every new Porsche, the German brand has chosen to stagger the release of the new 911 range, starting with the Carrera S, and followed by the base-level Carerra. 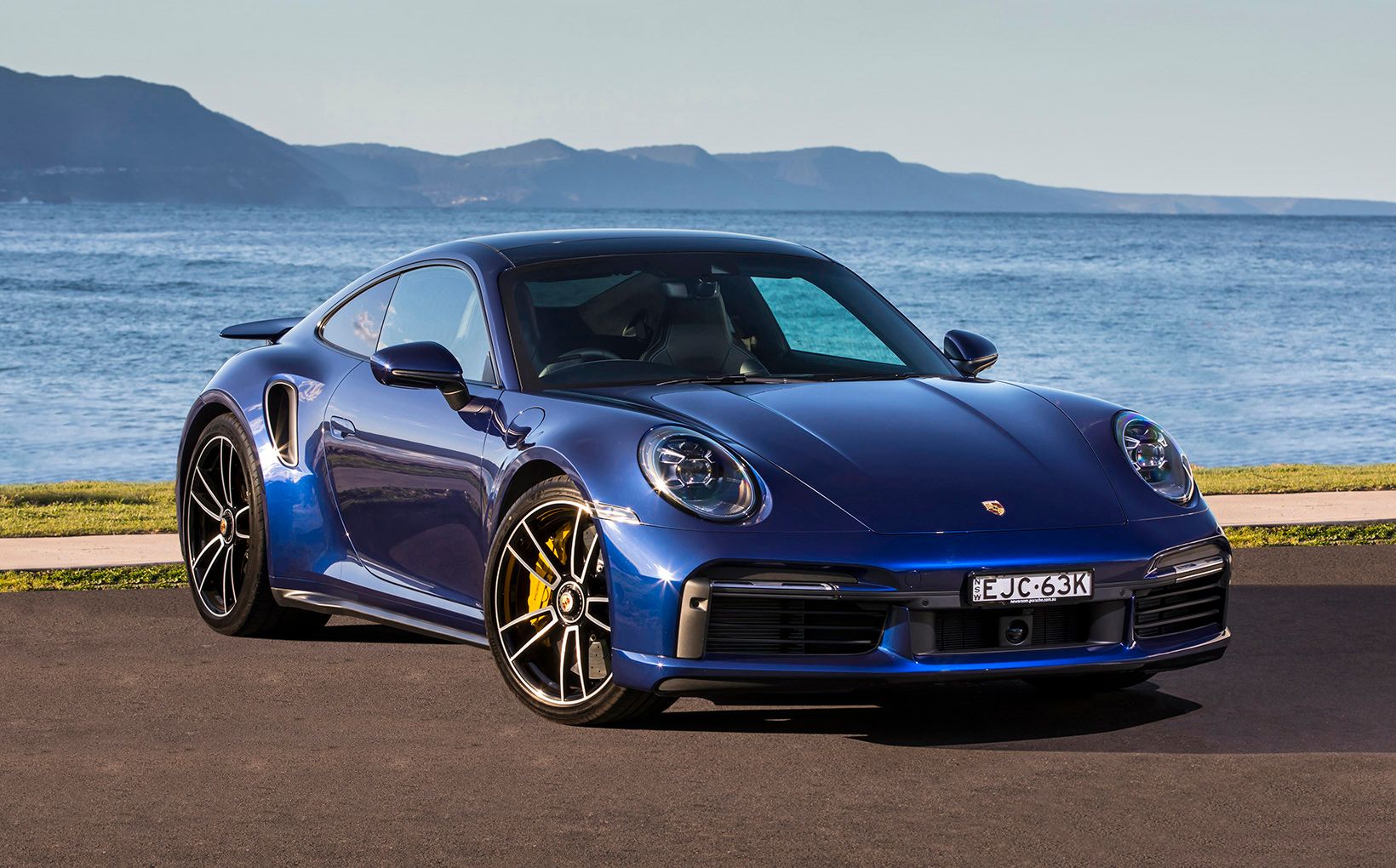 The range-topping Turbo S is the flagship of the Porsche 911 range.

The latest 911 grade has now arrived in Australia, and instead of gradually introducing higher and higher-spec variants, Porsche has gone straight to the top of the tree with the supercar-baiting 911 Turbo S, which represents the most powerful and expensive 911 on sale.

Asking $473,500 plus on-road costs for the Coupe and $494,500 for the Cabriolet, the 911 Turbo S will likely remain the most expensive offering in the 911 range unless a new-generation GT2 RS is developed, and is currently the most expensive Porsche on sale in Australia, beating out the $420,800 Panamera Turbo S E-Hybrid. 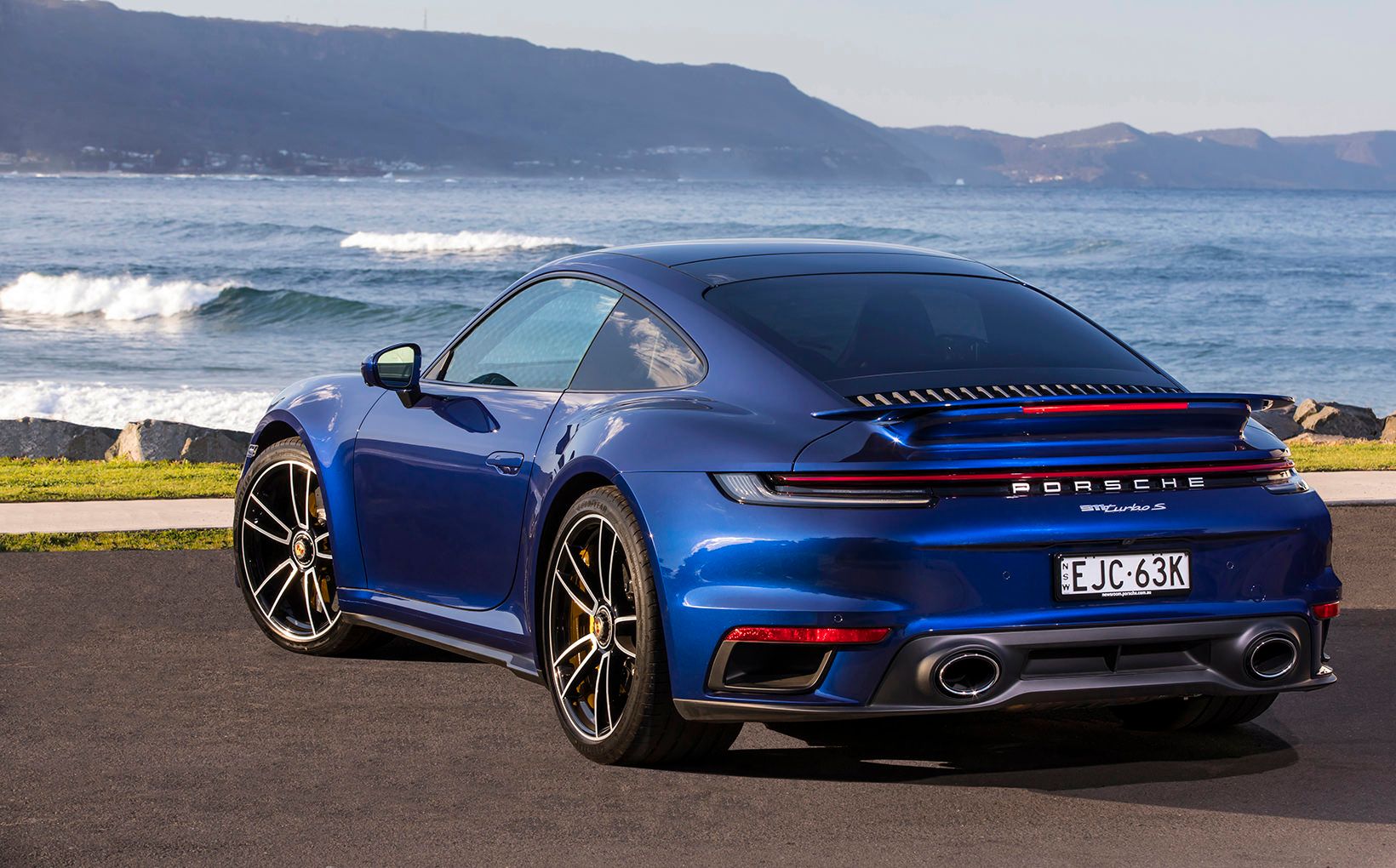 Porsche has combined the classic rear-engined layout of previous 911s with massive amounts of power from its twin-turbo flat six engine.

So how do you justify pricing a rear-engined, daily driveable 2+2 coupe against some of the most savage and track-honed models the automotive world has to offer? Well, placing a ridiculously powerful engine between the rear wheels is a good start. 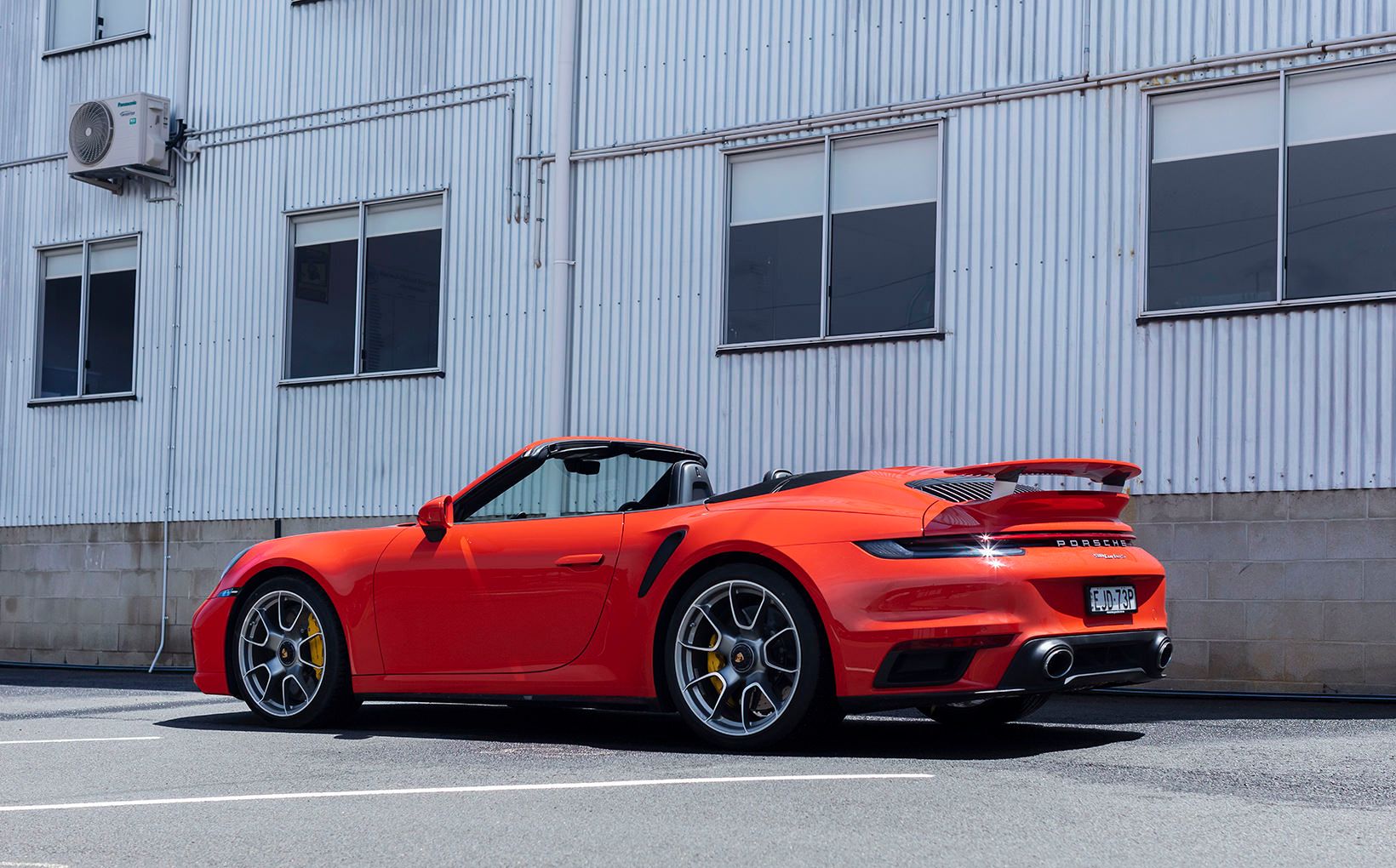 The 911 Turbo S is available in either coupe or convertible flavours.

While the 911 Turbo S may not look as extreme as its exotic rivals we all know the saying, ‘don’t judge a book by its cover’ – and the performance figures show its large pricetag is justified.

While less lairy than the Ferrari or Lambo, the Turbo S still has its own unique styling enhancements compared to the rest of the 911 range, with the flagship sporting a 45mm-wider front track while also being 10mm wider at the rear.

Riding on mixed 20-inch front and 21-inch rear alloy wheels, the Turbo S sports a number of aerodynamic aids including a new pneumatically extendable front splitter and a similarly adjustable rear wing pointer, which when combined can deliver a claimed 15 per cent more downforce than the previous-generation Turbo S. 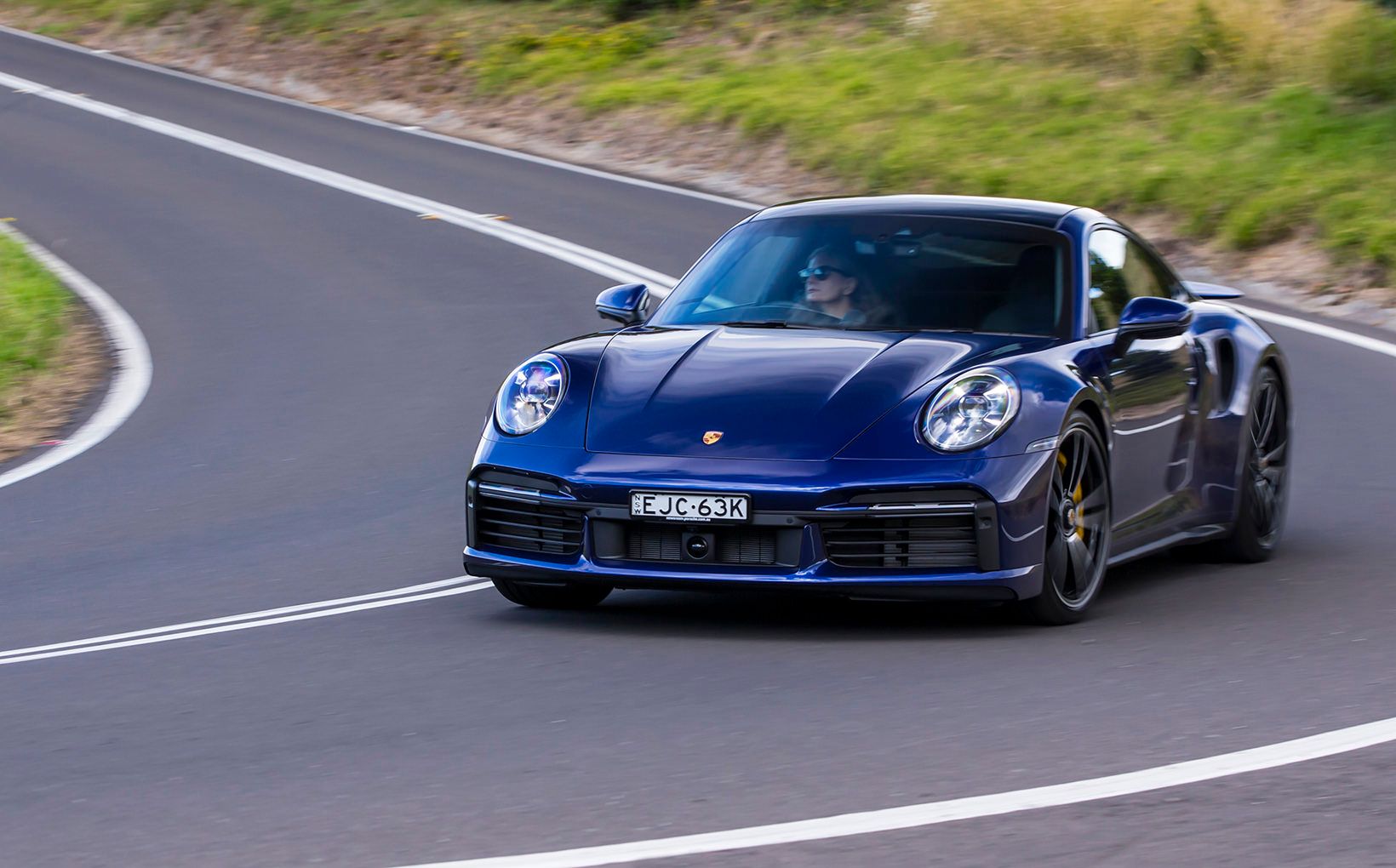 The Turbo S produces a mighty 478kW/800Nm from its six-cylinder engine.

Air flaps on the front bumper can also be closed to reduce drag when the engine does not require surplus cooling, or opened to control temperatures when the Turbo S is being pushed to the limit.

A beefier all-wheel-drive system, while still rear-biased, can now send up to 500Nm to the front wheels, while the suspension system features new adaptive dampers capable of responding faster to road surfaces and steering inputs. 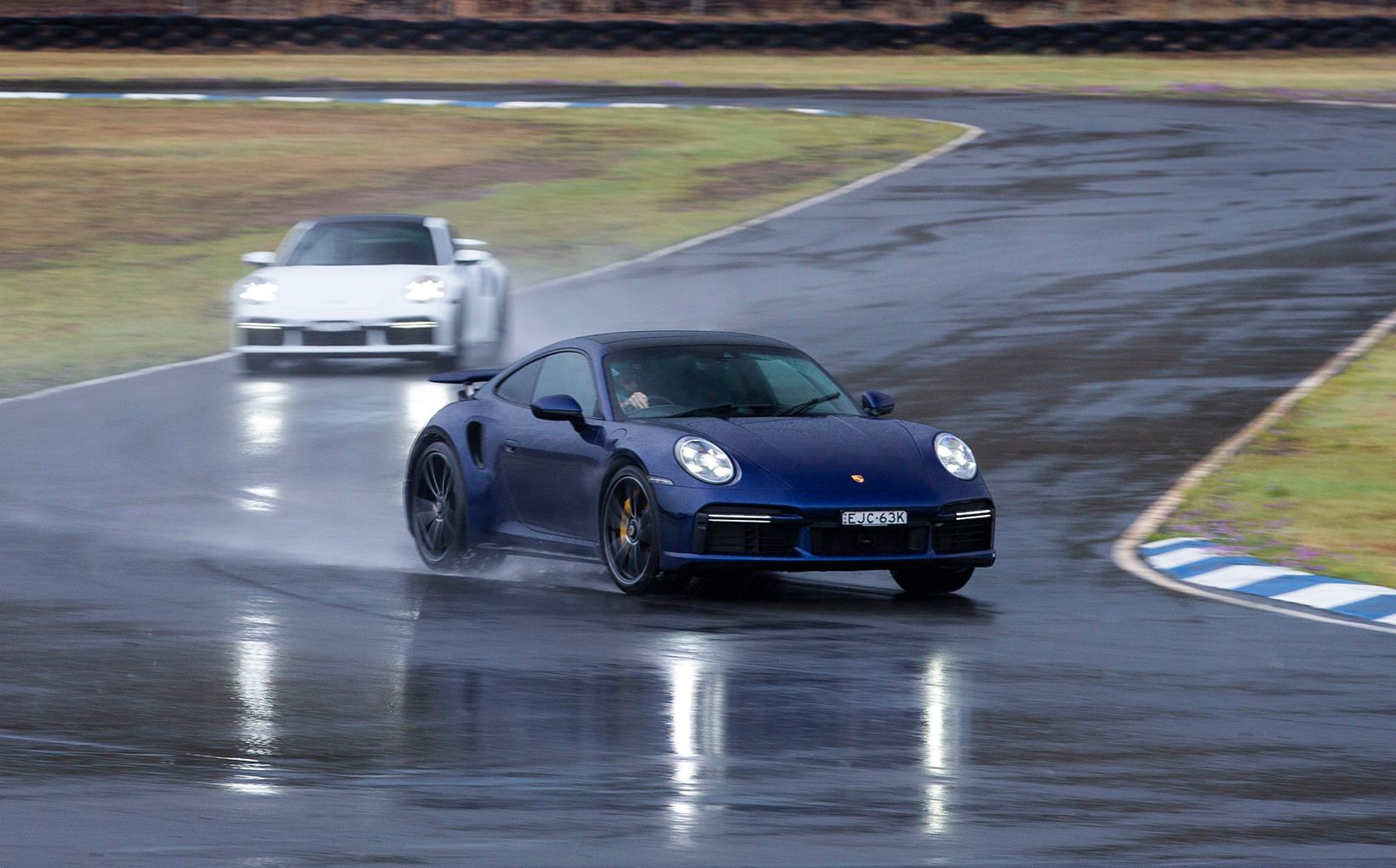 A number of variant-specific upgrades make the Turbo S a dynamic masterpiece.

An option on most Porsches, the Sport Chrono package is standard fare on the Turbo S, which allows owners to record lap times through the Track Precision App, which can also analyse vehicle telematics and GPS data to help improve track driving. 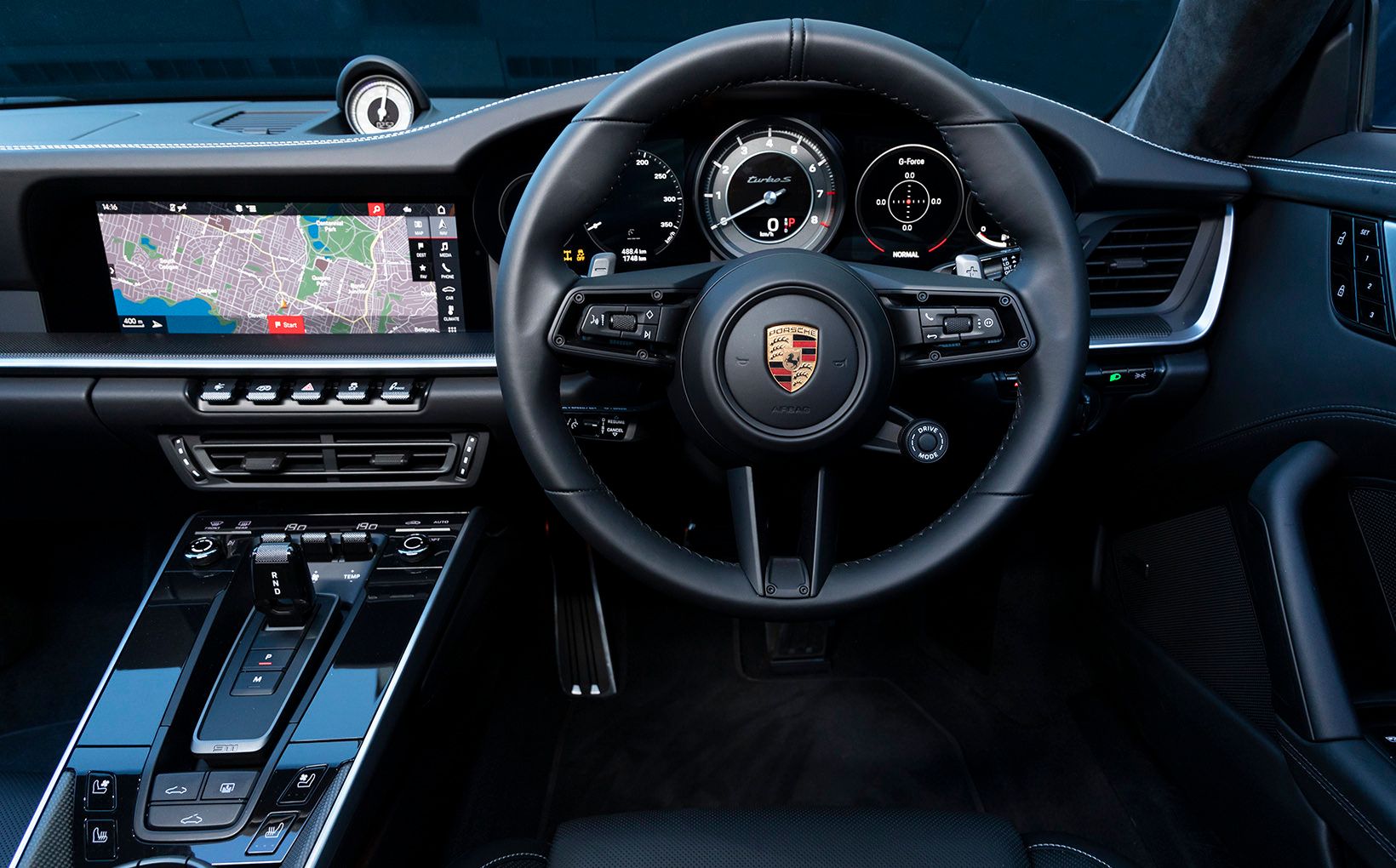 The centrepiece of the 911’s interior is a 10.9-inch touchscreen infotainment system.

An exhaustive list of options is also available, including a sports exhaust ($6460), front axle lifter for avoiding unwanted scrapes ($5060) and ventilated front seats ($2220).

Those looking to personalise their Turbo S further can also choose from a range of alloy wheel designs, black or gold painted wheels, or Porsche crests on the head restraints, among other options.

Porsche offers 12 standard colours for the Turbo S, with four special colours asking an extra $5700. An extended range of special-order colours are also available, however you have to be sure you really enjoy it, as it will set you back a cool $20,740. 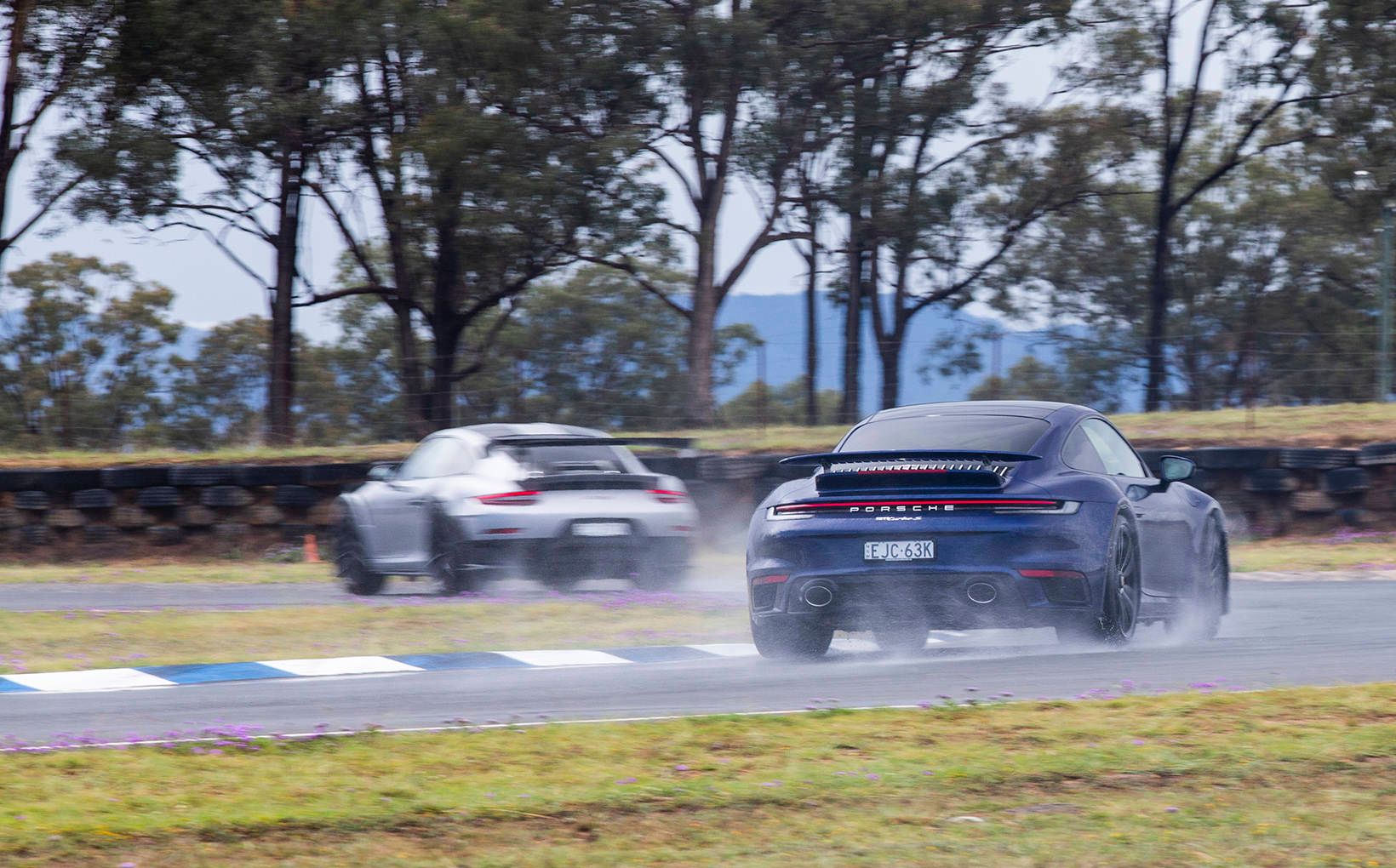 Nowhere is the 911 Turbo S more at home than on a racetrack.

While it may not be the most eye-catching of the supercar bunch, those in the know will understand that any 911 with the Turbo S badge will be able to keep up with the most exotic cars in any garage, while offering an extra element of practicality and liveability that you cannot get with an Italian supermodel.