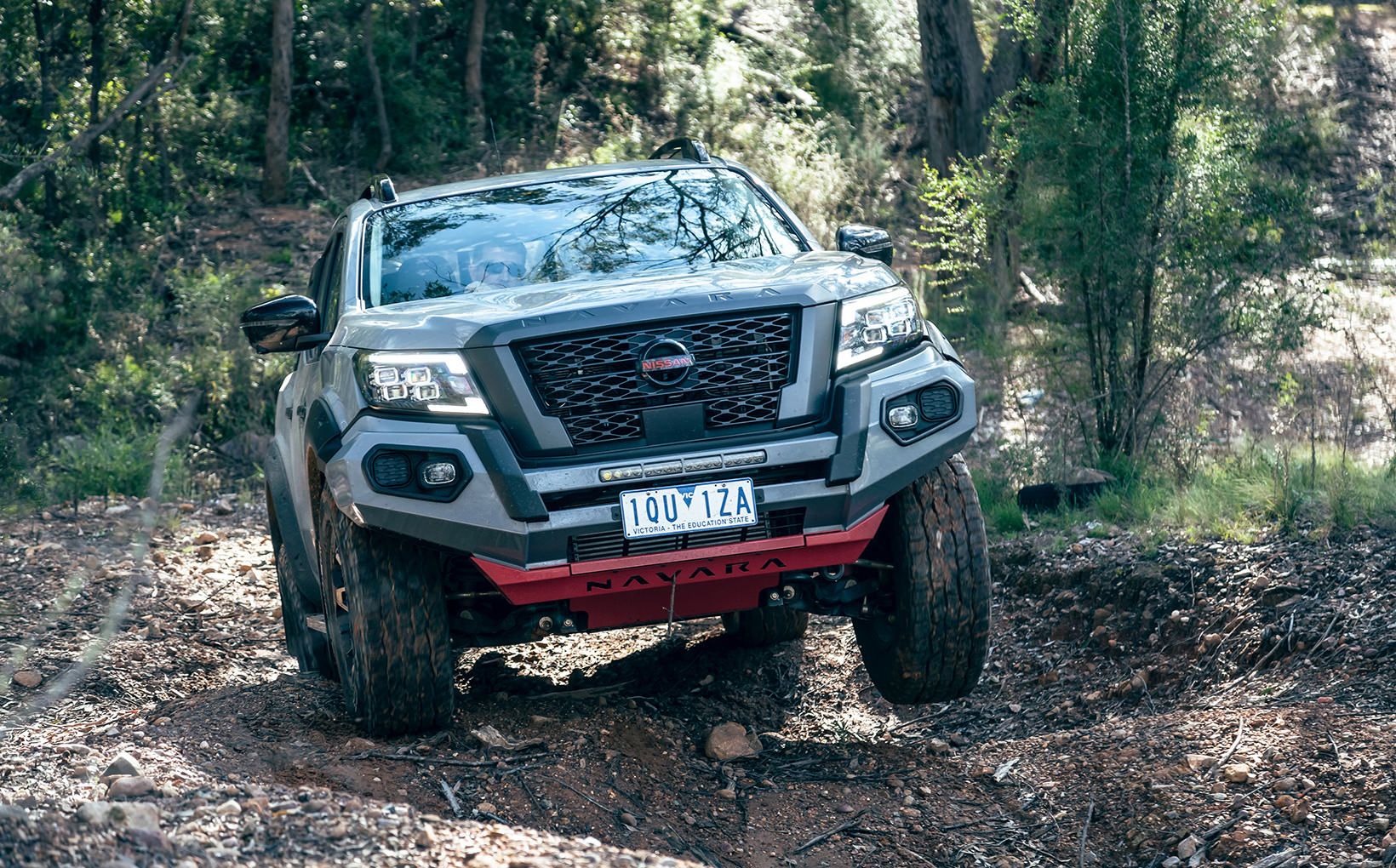 The Nissan Navara Warrior is back in Pro-4X form for another crack at the Ford Ranger Raptor.

AUSTRALIANS love their utes, especially 4x4 utes, which is why the two best-selling cars in the country so far in 2021 are the Ford Ranger and Toyota HiLux.

Between these two heavyweights and the ever-thickening abundance of SUVs popping up on residential driveways, it can be hard to keep track of all the alternatives, although the Isuzu D-Max has been making a pretty good case for itself recently.

Following the arrival of the desert-conquering Ranger Raptor, the goal posts of what some people want from a dual-cab ute have shifted.

Where a ute was once a hardworking tool, more and more buyers are now chasing versions dripping with creature comforts, all the frills and the necessary hardware to deliver genuine off-road thrills.

A few brands have had a crack at the flagship ute recipe (Toyota HiLux Rugged X, Mazda BT-50 Thunder and the now dead HSV Sportscat) but none have come as close to rivalling the Raptor as the Nissan Navara Warrior. 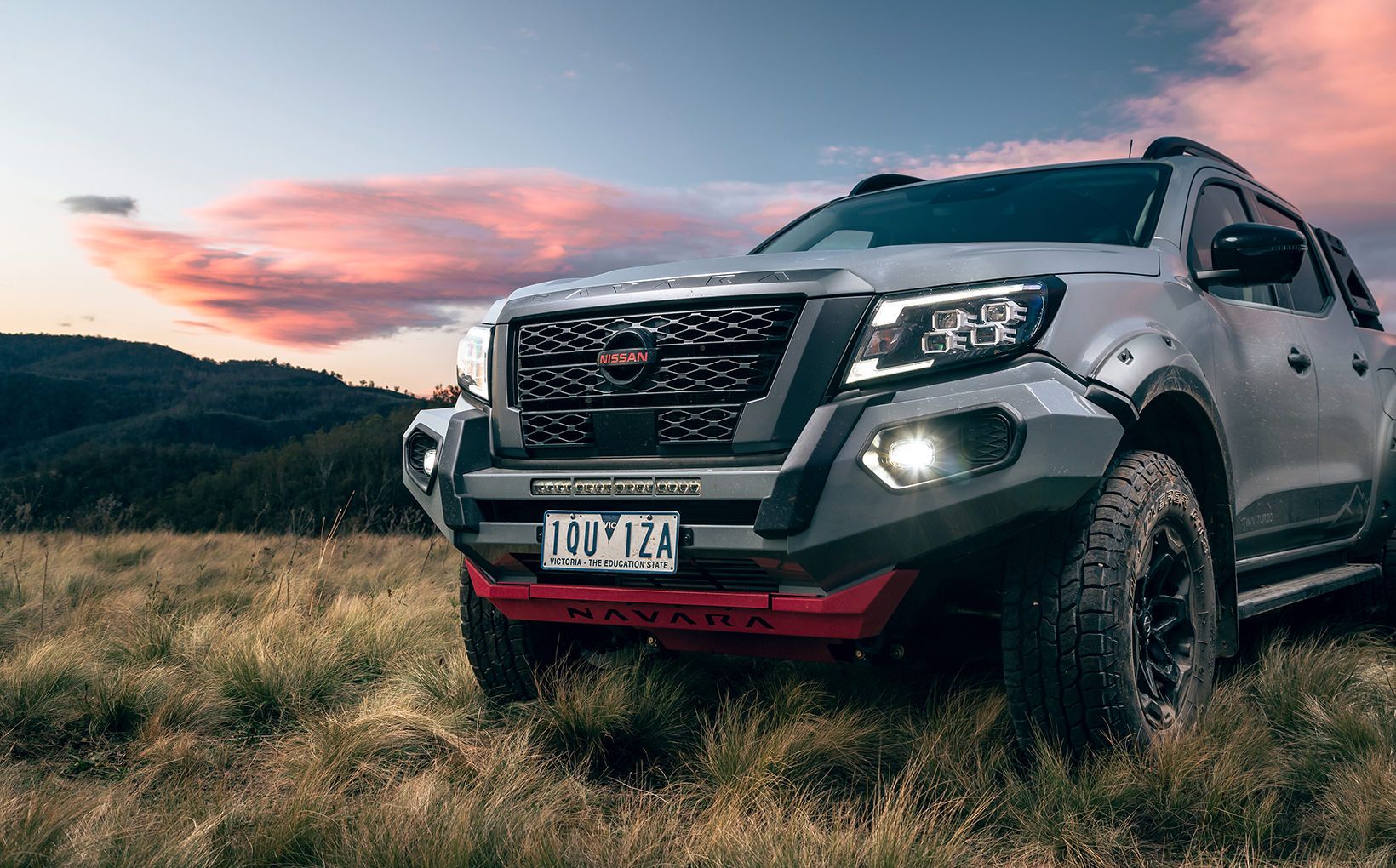 There’s no mistaking the Warrior for a pimped ST, not with these upgrades.

Tickled and fettled by Premcar, the original Warrior was designed to go further than any out-of-the-box Navara had ever gone and look cooler while doing it.

Now, Nissan and Premcar are back for another swipe at the Raptor with the new Pro-4X Warrior.

Based on the updated Navara launched earlier this year, the new Warrior wears a butcher look and has been upgraded with a heap of customer-driven changes to make it even more capable.

Starting with the basics, the new Warrior rides 40mm higher than its Pro-4X donor car thanks to its chunky 275/70/R17 Cooper Discoverer AT3 tyres and a subtle 15mm suspension lift.

Premcar has also fitted the Warrior with beefier dampers all round and gone to town on the spring rates, damping tune and rebound settings to make sure the Pro-4X’s on-road manners are retained while improving its off-road capabilities. 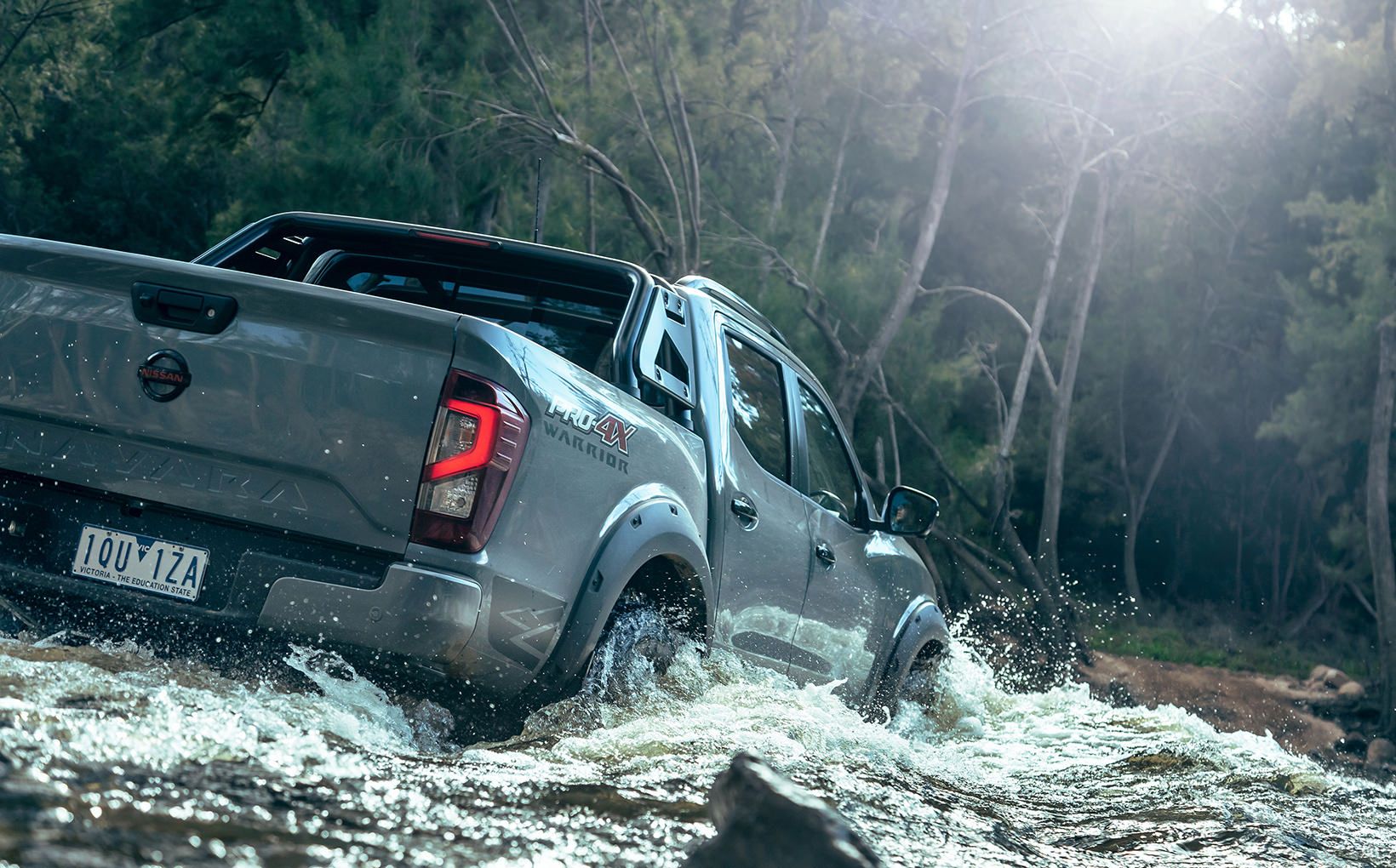 The Warrior is 40mm taller (higher) and 45mm wider than the rest of the Navara line-up.

As a result, ground clearance is now up to 260mm which combines with the new hoopless bullbar to improve the approach angle from 32 degrees to 36, however the departure angle has actually been reduced from 19.8 degrees to 19 on the account of a modified towbar mounting.

Despite the extra ground clearance, the Pro-4X’s 600mm wading depth has been carried over unchanged – well off the pace of the Raptor’s 850mm figure and the 700-800mm capabilities of even mainstream HiLuxes, D-Maxes and BT-50s.

A snorkel will be optionally available for those who fancy pushing the Warrior’s water-crossing talents while those that find themselves getting bogged when going bush will be buoyed by the news that the new bullbar is winch-compatible.

If somehow the driver runs out of ground clearance, the car’s underbelly is protected by a heavy-duty – and very red – Navara-branded bash plate and a 3mm steel ‘second-stage protection plate’.

Modifications like this inevitably add weight, which is why Premcar has engineered in a 100kg gross vehicle mass upgrade; after all, what’s the point of a ute if you can’t carry anything? 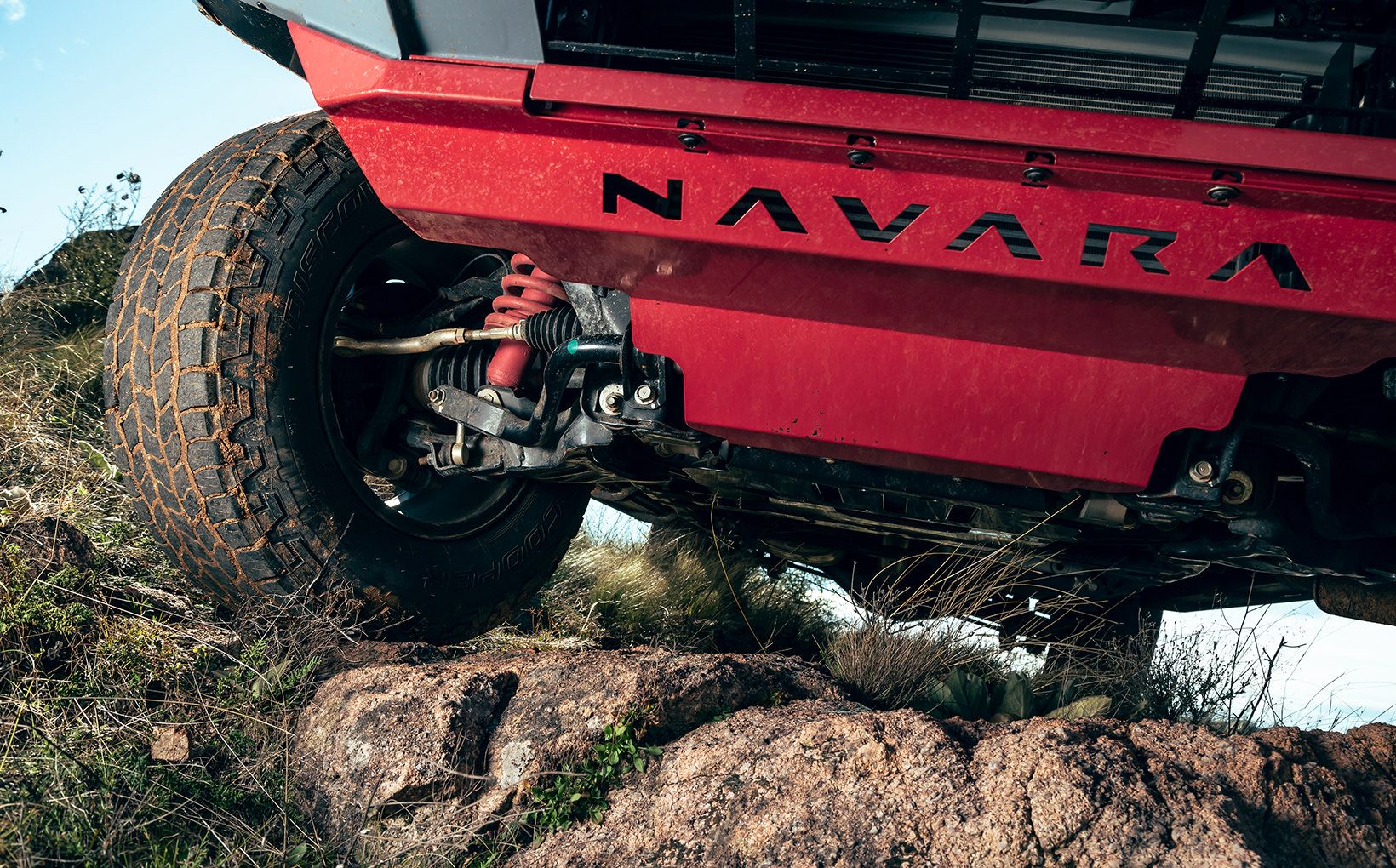 More than just a lift kit, both the suspension and underbody protection has been beefed up considerably.

Either way, both versions are still able to tow up to 3500kg braked.

Being a flagship offering, the Warrior is loaded with most of the toys modern buyers are looking for not only in a higher-end off-roader, but a general purpose daily driver. 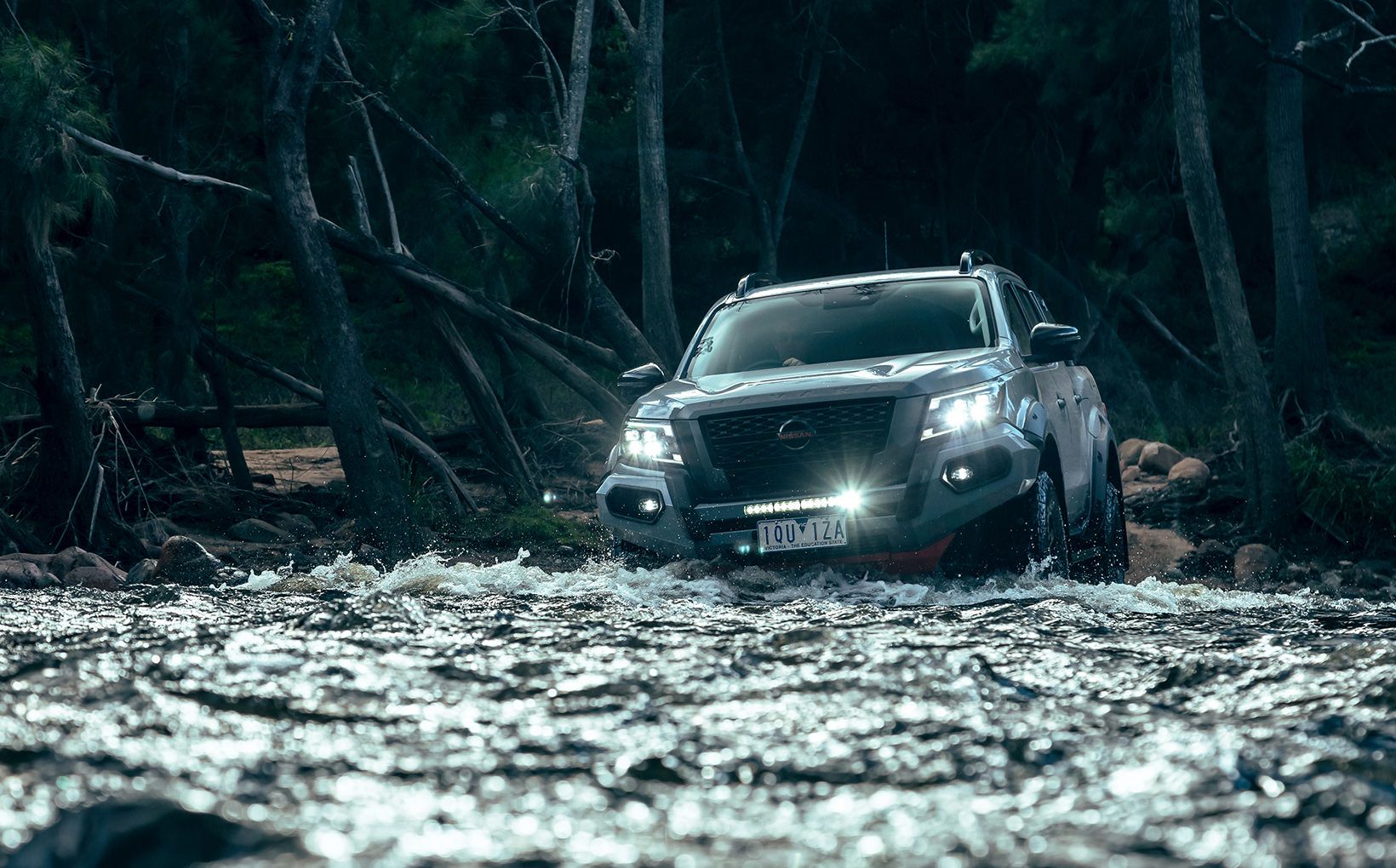 It might be higher off the ground, but it’s no better at wading than a standard Navara.

According to Premcar engineering director Bernie Quinn, the plan was to “create the most capable Navara.”

“It’s been engineered from the ground up to tackle the toughest terrain Australia can deliver, all without sacrificing comfort,” he said.

“It benefits from all of our learnings, our customer feedback, and from the improvements made to the Navara Pro-4X, creating a new dual-cab ute that is tailor-made for Australian conditions.”

The pressure is on other brands now to join the booming ‘flagship ute’ segment.

Sure, Toyota has the HiLux Rugged X and Mazda makes the BT-50 Thunder, but neither of them have been upgraded or enhanced to the same extent as the Warrior or the Raptor. 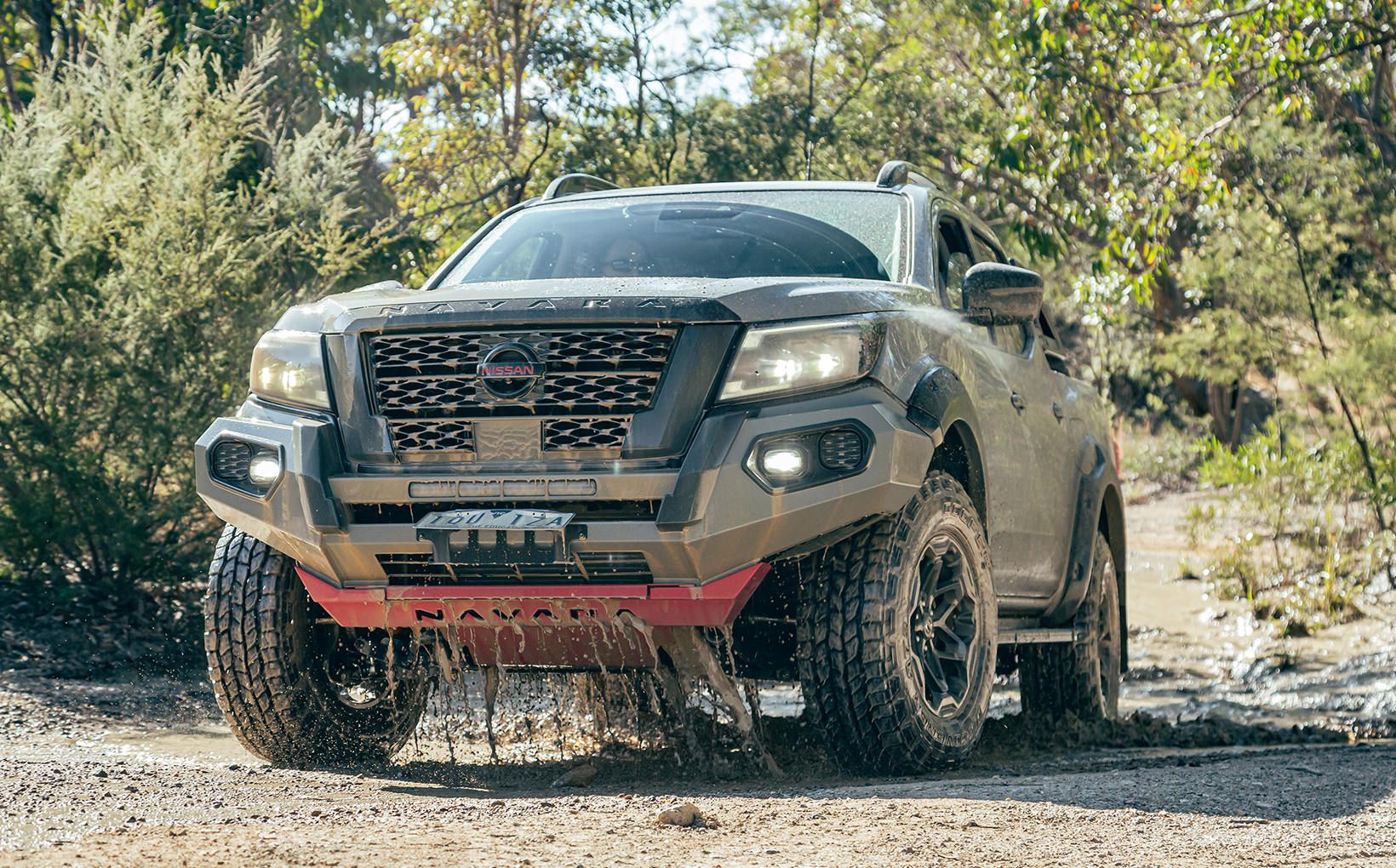