THESE days if you hear the word Maserati, most people will think of an elegant coupe or sedan with a gorgeously appointed interior, motivated by a powerful and delicious sounding engine.

They really are quite nice, but very few people these days would associate the Trident brand with producing all-out supercars like their Italian counterparts Ferrari and Lamborghini – dedicated supercar specialists.

In fact there have only been three mid-engine Maserati models before now, those being the Bora, Merak and Ferrari Enzo-based MC12. 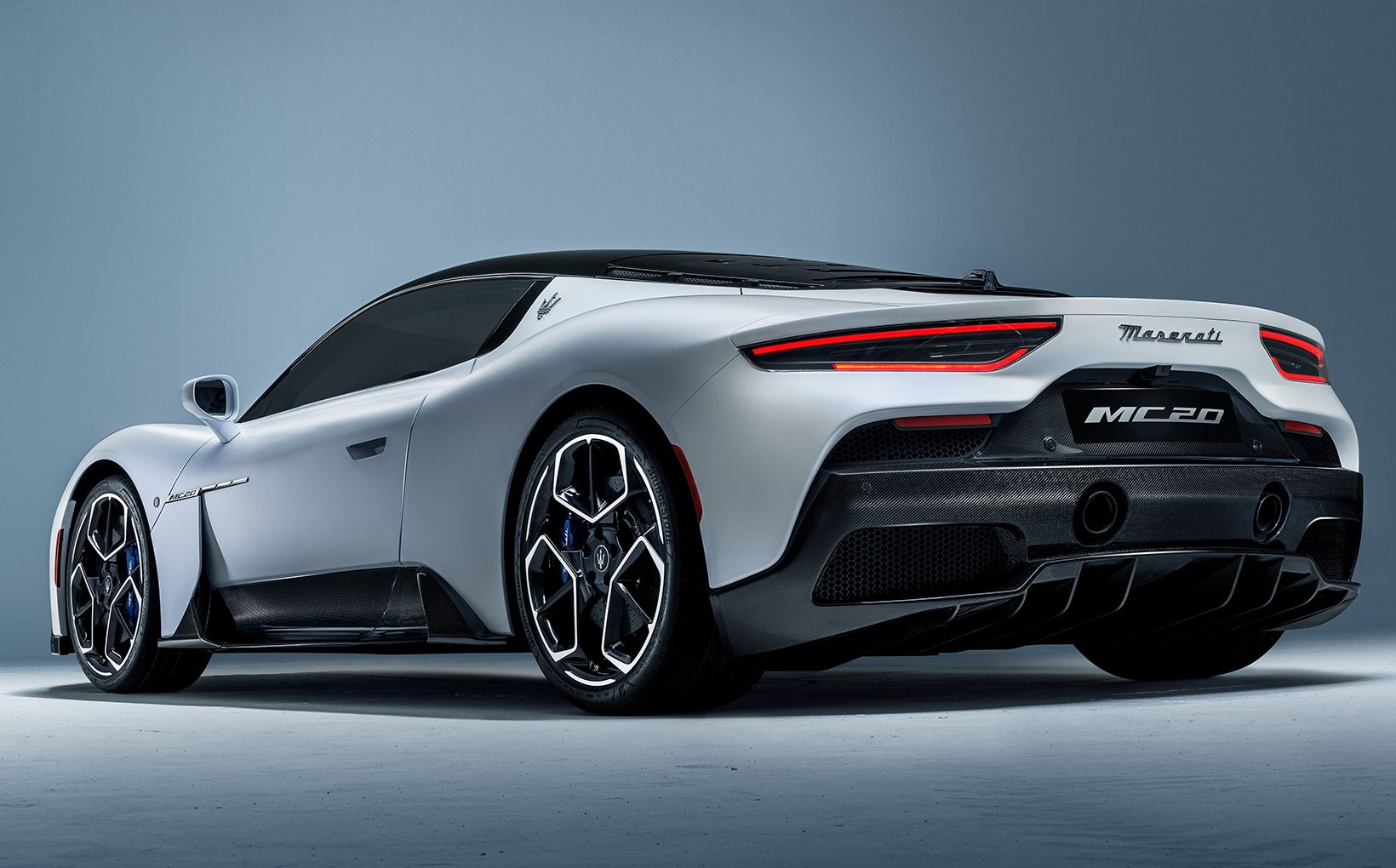 The MC20 is just Maserati’s fourth mid-ship vehicle to date.

But now there is a new mid-ship Mazzer on the way, and it’s called the MC20.

With a claimed 0-100km/h dash of 2.9 seconds and a top speed in excess of 325km/h, there is certainly no questioning its performance credentials and nor should there be, given it is powered by a twin-turbocharged 3.0-litre V6 petrol engine. 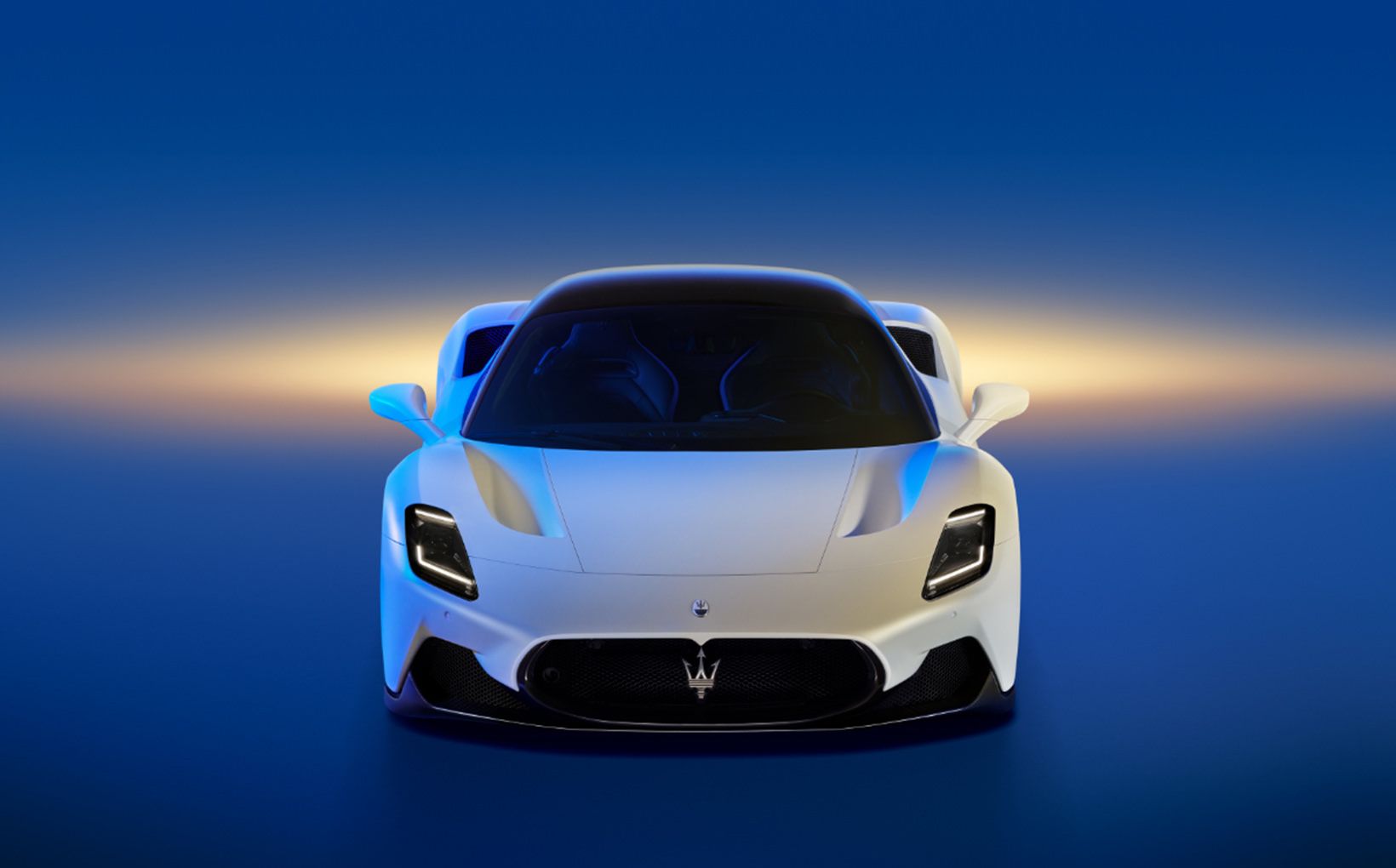 As ever for a mid-engined supercar, performance is the name of the game.

Combined with a sub-1500kg kerb weight and it’s little wonder the MC20 is fast.

Drive is sent exclusively to the rear wheels via an eight-speed dual-clutch automatic transmission with an electronic limited slip differential controlling how much power goes to each wheel.

By supercar standards, the MC20 is actually fairly conservative in its styling with many of its key features being drawn from previous Maserati models, especially the MC12. 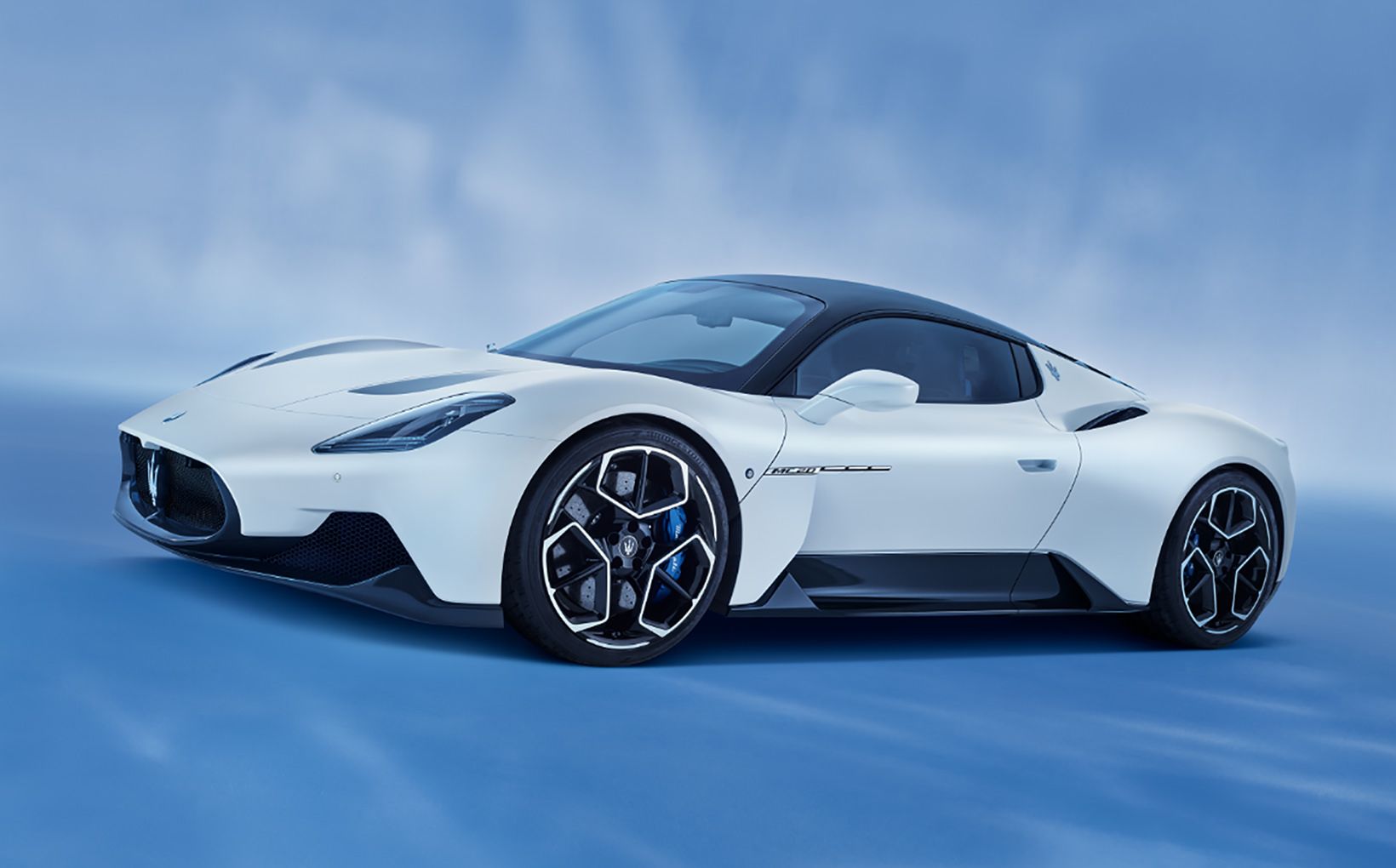 Compared to the established Ferraris and Lambos, the styling is quite conservative.

Viewed front-on, the MC20 traces the same basic lines and mimics the some of the defining features of the Enzo-based MC12, those being the small, wide-set headlights, deeply channelled bonnet, mirrors that look like they could have been cut straight from the side of Shrek’s head and a high, wide hipline adorned with prominent air intakes.

The wheelarches are also characteristically wide compared to the cabin but that is about where the similarities end, even though Maserati specifically named the MC20 as the spiritual successor to the MC12.

For starters, the MC20 is distinctively shorter than its V12-powered forefather, measuring 4669mm long, 1965mm wide and just 1221mm tall with the whole package being Maserati’s own work rather than just being a reskinned Ferrari. 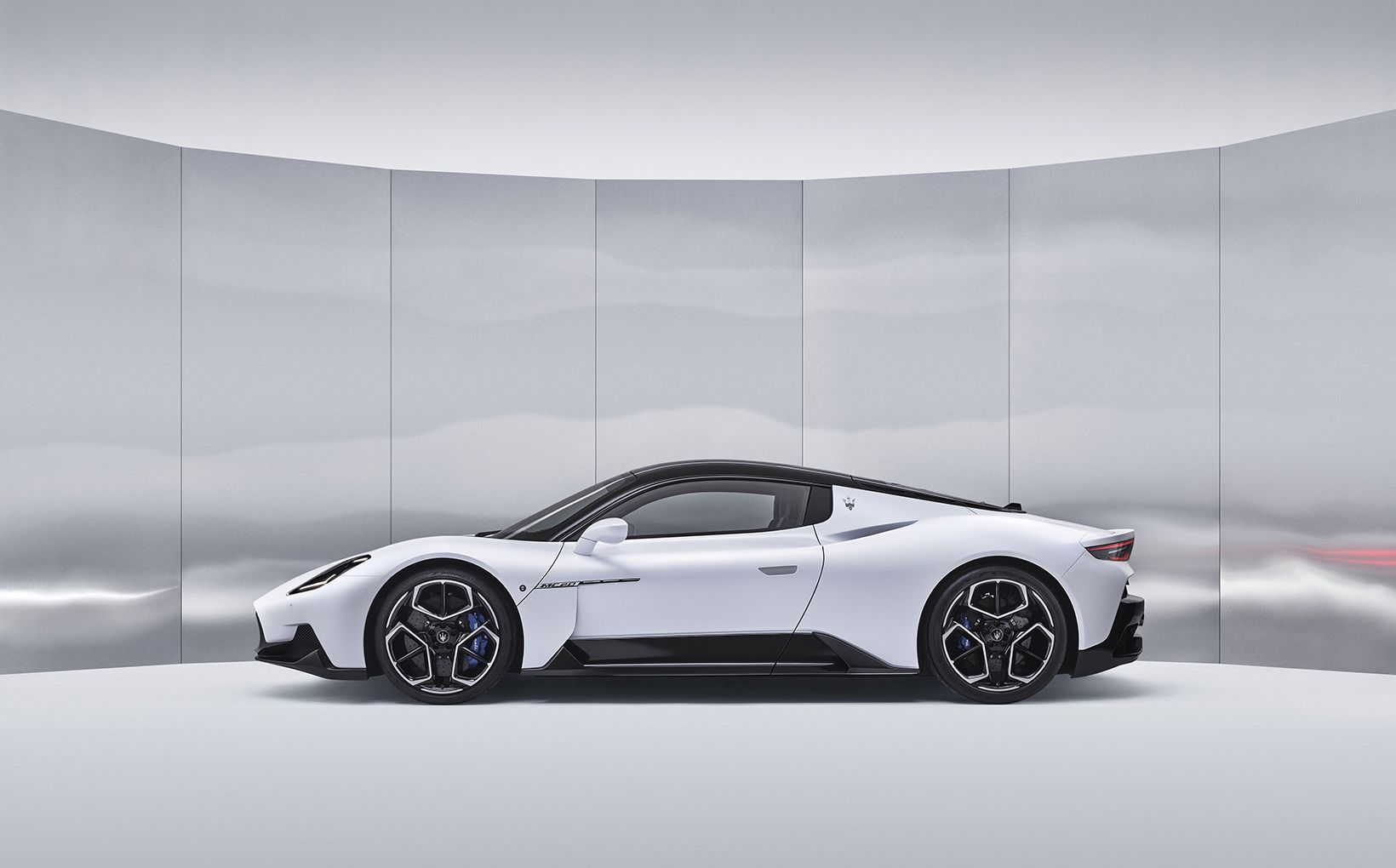 Save for a few key lines and features, there is little in common with the MC12.

Perhaps the biggest difference though is the absence of the MC12’s massive integrated rear wing, with the MC20 instead boasting a much more user-friendly silhouette with a taller, slightly steeper windscreen and sloping roofline behind the cabin which should allow for decent visibility… not usually a supercar’s strong point.

In classic Italian style, butterfly doors have been fitted as standard which according to Maserati “improve the car’s ergonomics and enable optimal access to and from the cabin” as well as looking great.

Likewise, the MC20 rolls on a set of savage looking tri-spoke wheels which would usually be a no-no within the car world but it somehow works awesomely here. 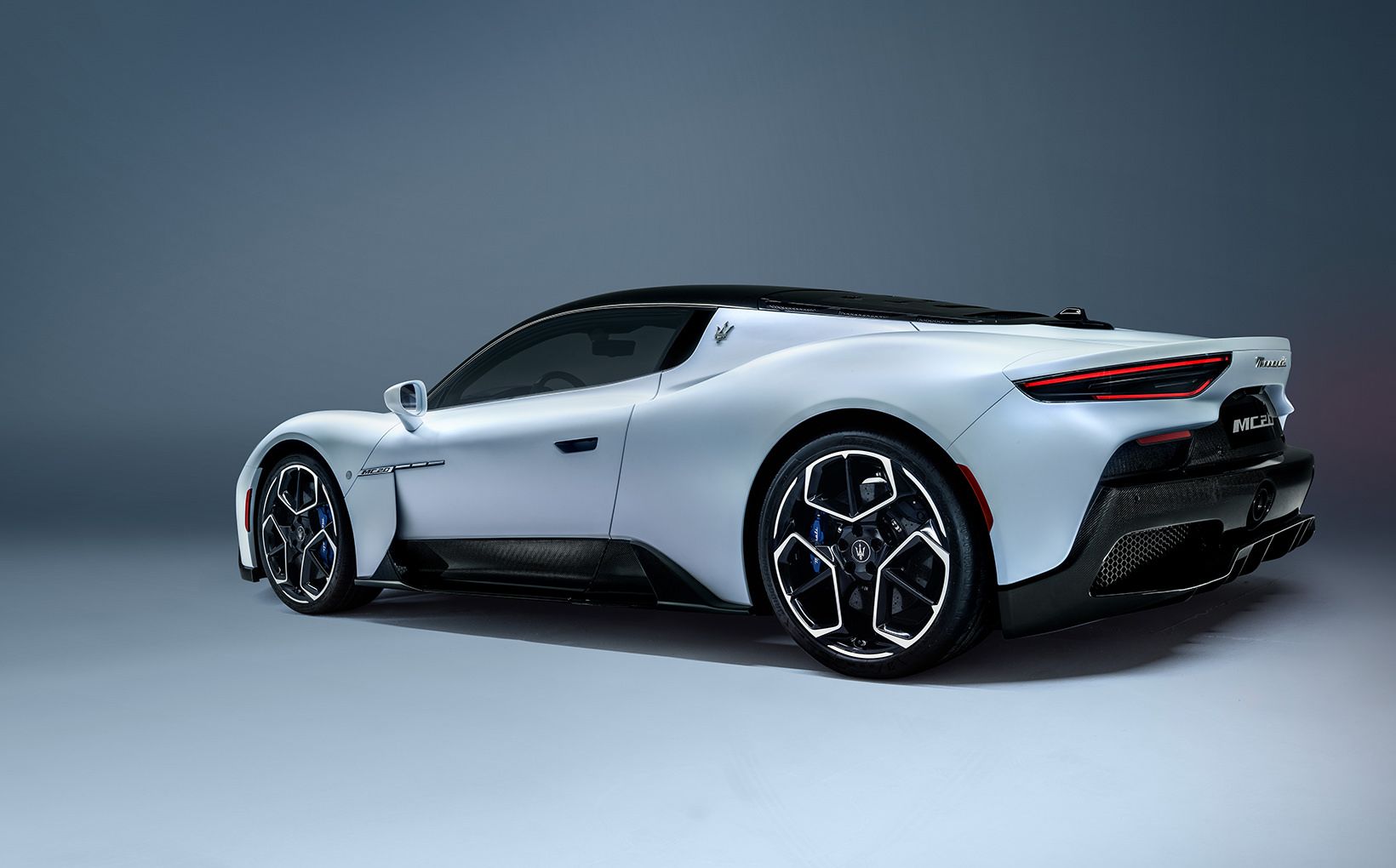 At the back, an integrated diffuser takes up nearly three quarters of the rear end, through which poke the centrally mounted exhaust tips.

Under the skin, the MC20 relies on six-piston front and four-piston rear Brembos for stopping power while suspension duties are taken care of by a double wishbone set-up front and rear.

Unlike its current GT cars, sports-sedans and SUVs, Maserati has taken a minimalist approach to the interior design to ensure the “driver is always central” with nothing to distract them from the road or driving experience. 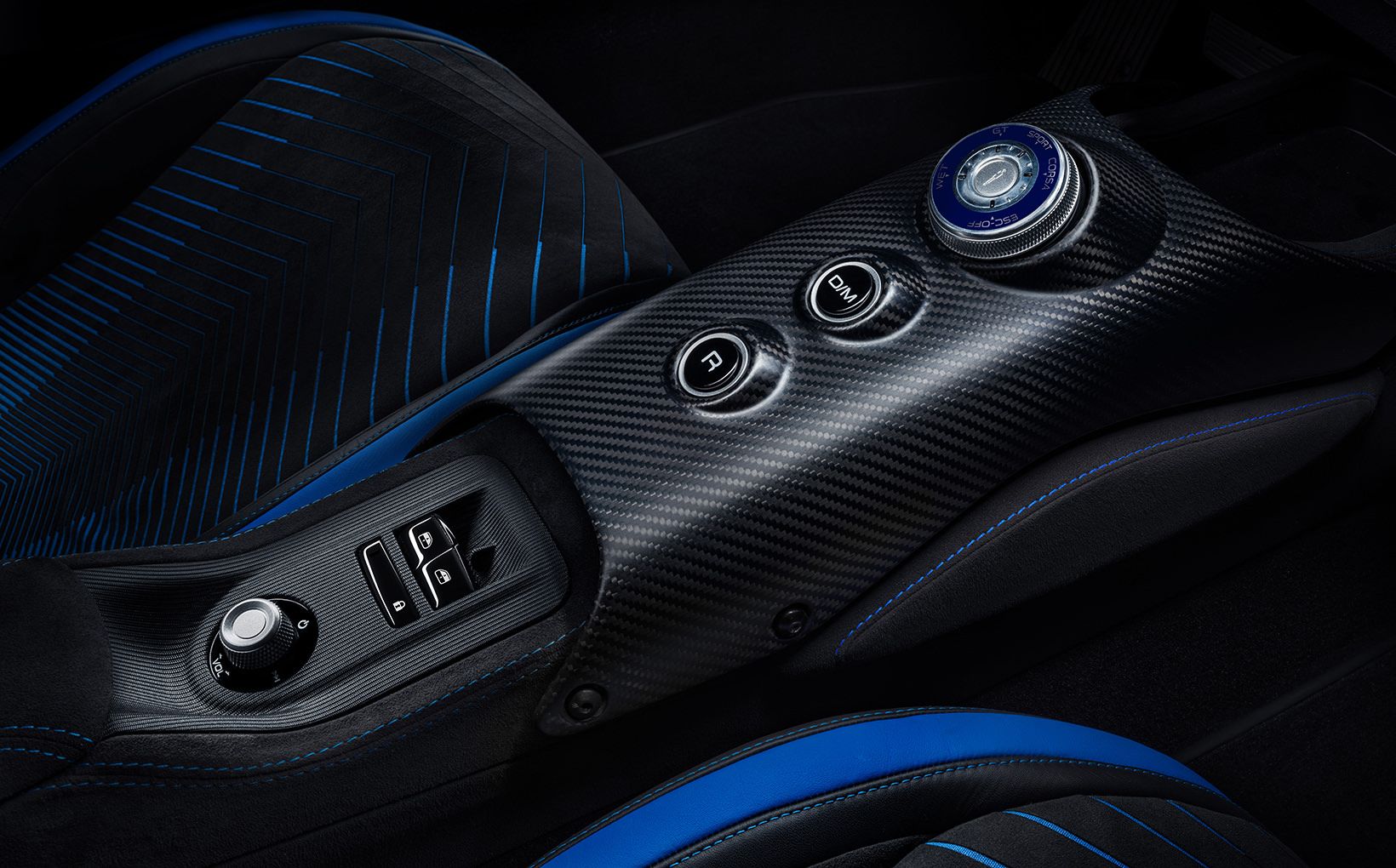 The MC20 has a minimalist cabin dripping with carbon-fibre.

In English, this translates to very few buttons being present within the cabin while carbon-fibre has been used for the vast majority of the trim.

The instrument cluster is a 10-inch all-digital unit, complemented by the matching 10-inch infotainment touchscreen mounted centrally in the dashboard while other key standard features include wireless phone charging, five drive modes (GT, Wet, Sport, Corsa and ESC Off) and Maserati Connect.

Maserati has been making a fair amount of noise in regards to the all-Italian design, construction and development of the MC20 and that is reflected by the range of colours available – Bianco Audace, Giallo Genio, Rosso Vincente, Blu Infinito, Nero Enigma and Grigio Mistero – which the brand says reflects its heritage as a brand and nationality. 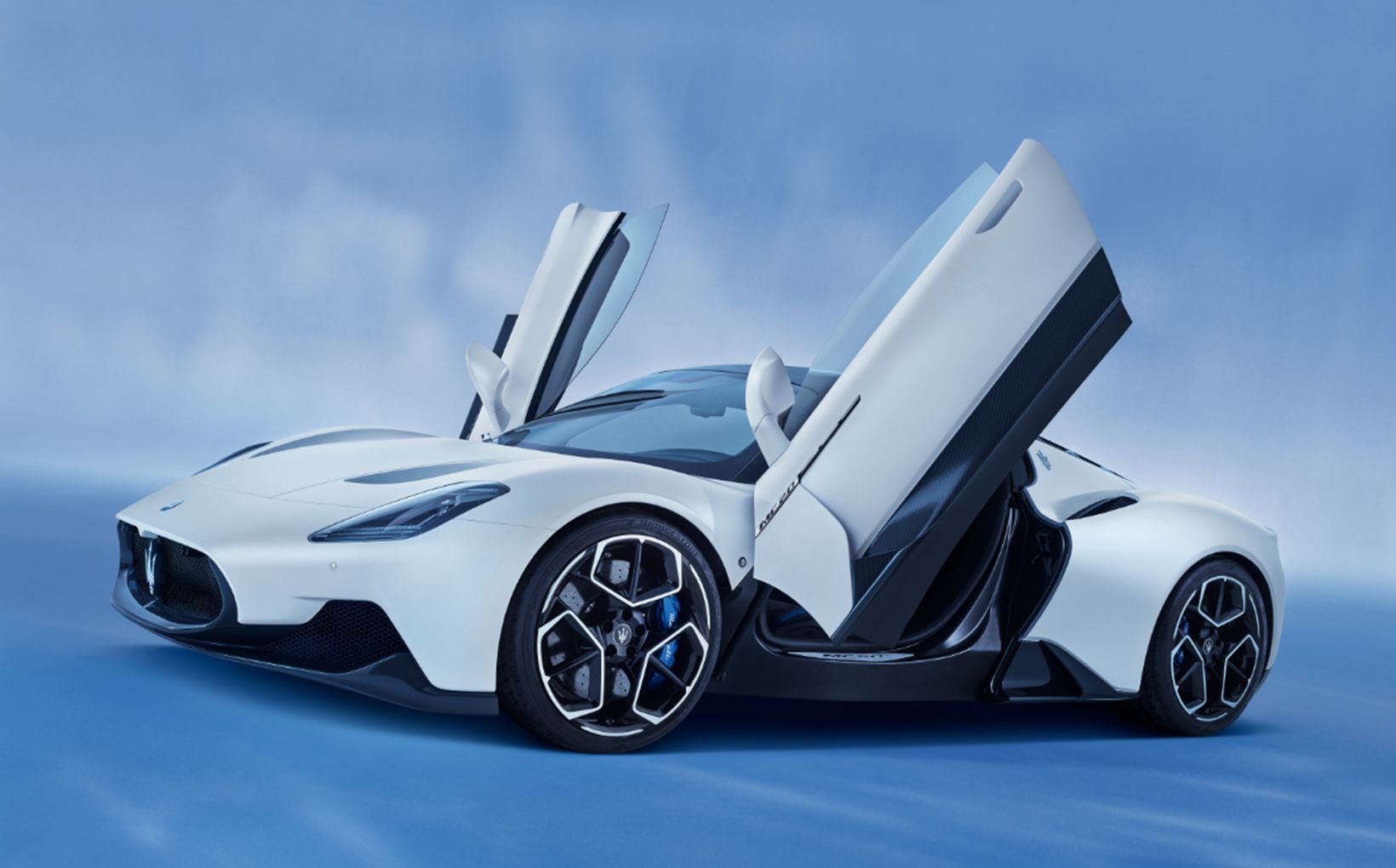 It has also made no secret of its big plans for the coming years with the MC20 reportedly “designed to enable coupe and convertible versions and for full electric power”.

Whether or not the MC20 will be able to take it up to the established supercar heavyweights like Ferrari, Lamborghini and McLaren remains to be seen, but for the time being, it’s just great to see Maserati getting back in the game.