How many times can Ferrari keep upping the ante? It seems every time a new model rolls out of the factory in Maranello the performance wick has been turned up further and further to create a car with dizzying levels of performance.

However, with tightening emissions and fuel restrictions, there is only so far you can go when improving the performance of the Prancing Horse’s fantastic petrol engines, namely a 3.9-litre biturbo V8 and fearsome 6.5-litre aspirated V12, the former of which was selected to power its latest head-turning and bank balance-crushing masterpiece.

So where do you turn? In the modern day, the answer is electrification, of course! 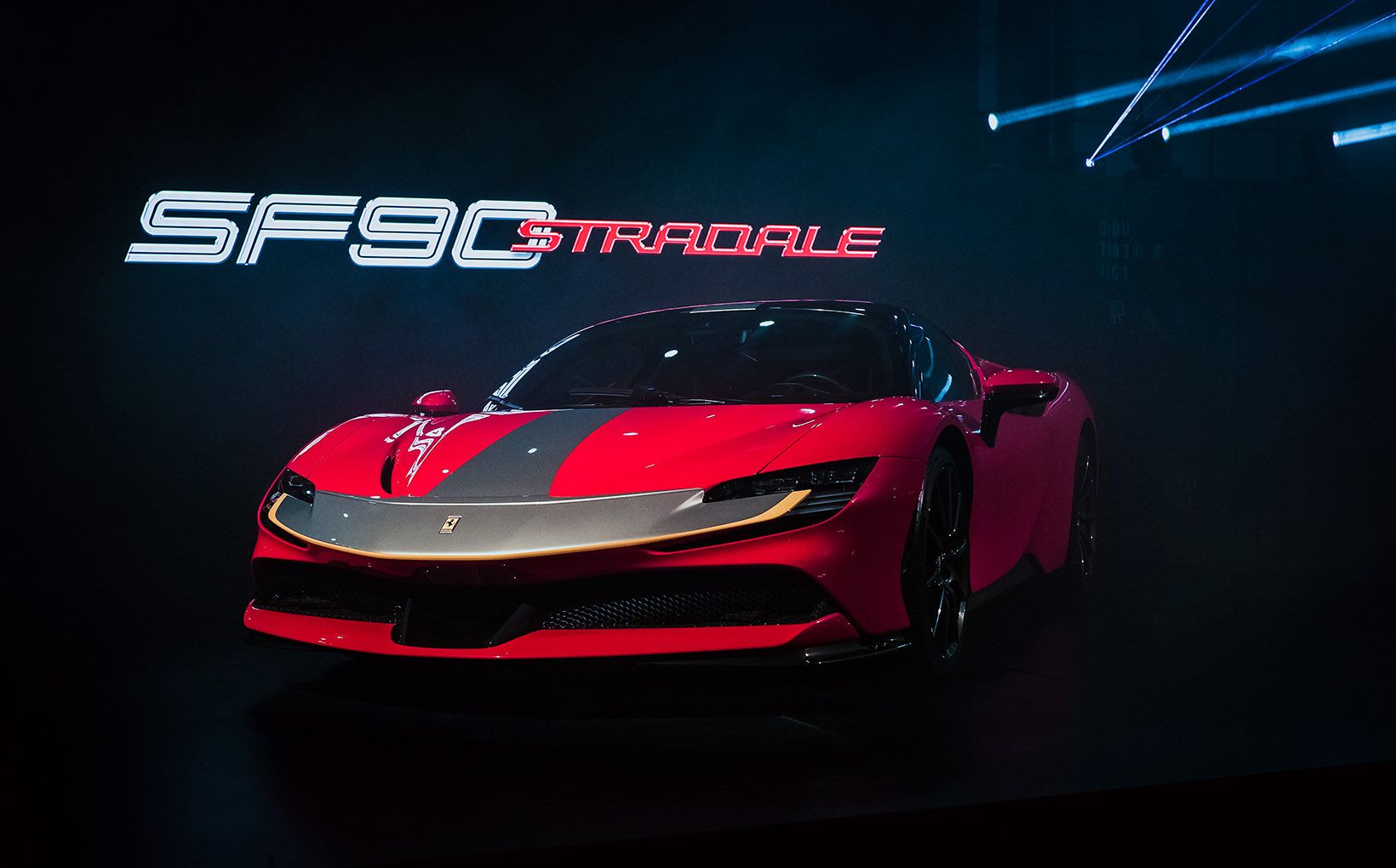 The SF90 Stradale is the latest and most powerful model to emerge from Ferrari’s factory in Maranello.

That is the answer for the all-new SF90 Stradale supercar that touched down in Australian in December, which uses plug-in hybrid (PHEV) technology – a first for the brand, and the first Ferrari model with some form of electrification since the manic and super-exclusive LaFerrari first debuted in 2013.

574kW/800Nm is more than enough, right? No? Well how about adding three separate electric motors, one of which sits between the engine and the new eight-speed dual-clutch automatic transmission while the other two power the front wheels? 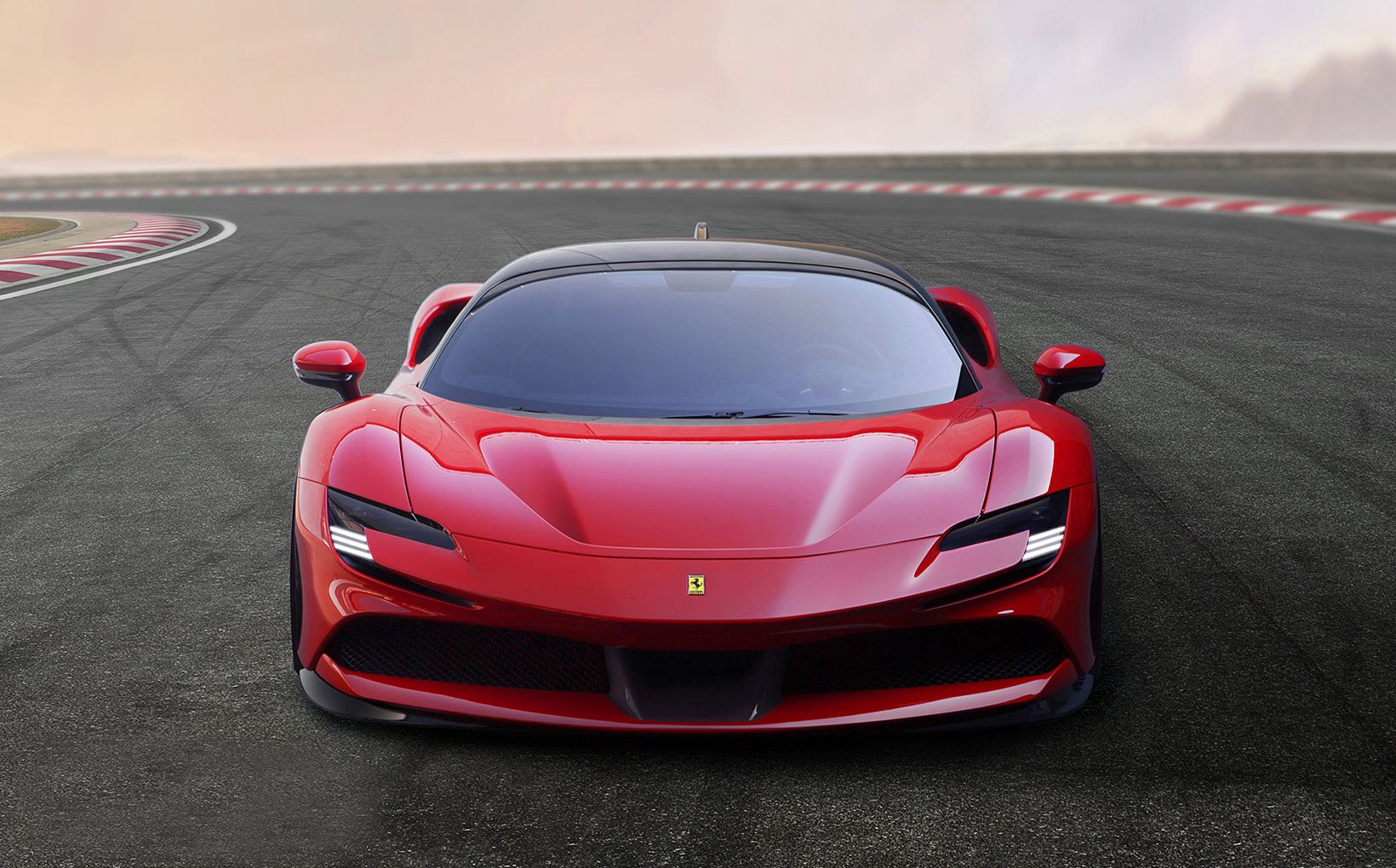 The SF90 ushers in some new design elements while still remaining identifiable as a Ferrari model.

A V8/tri-motor set-up pushes the SF90 Stradale’s peak power output to a staggering 736kW (or exactly 1000 metric horsepower), which outstrips anything Ferrari can offer in its current range.

Unsurprisingly, all that power plus all-paw grip translates to record-setting performance for Ferrari, with the sprint from standstill to 100km/h taking just 2.5 seconds, while reaching 200km/h is done in 6.7s.

Its 0-100km/h time compares with the likes of the Bugatti Chiron and Porsche 918 Spyder – esteemed company, indeed – while top speed is pegged at 340km/h. 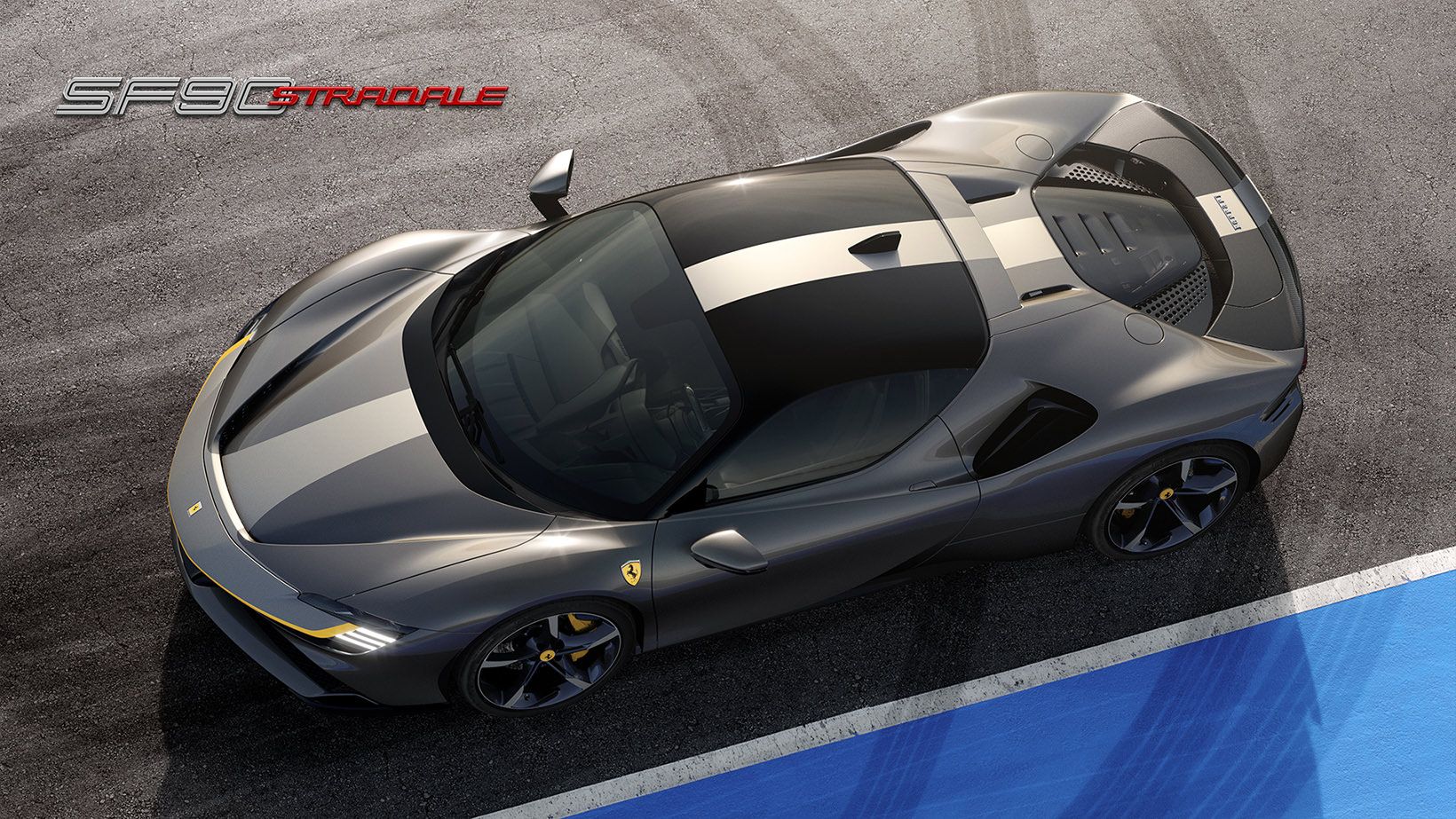 A massive 736kW is developed by the turbocharged V8 PHEV drivetrain.

The Prancing Horse brand claims the SF90 Stradale can lap its Fiorano test track in one minute and 19 seconds, while its prodigious braking power helps it pull up from 100km/h in a meagre 29.5 metres.

For the eco-friendly SF90 Stradale owners, the 7.9kWh lithium-ion battery will also allow for 25km of emissions-free driving range.

Given there is over 700kW of power under the hood of an all-new Ferrari model, it doesn’t take a world-renowned economist to figure out that the SF90 Stradale doesn’t come cheap. 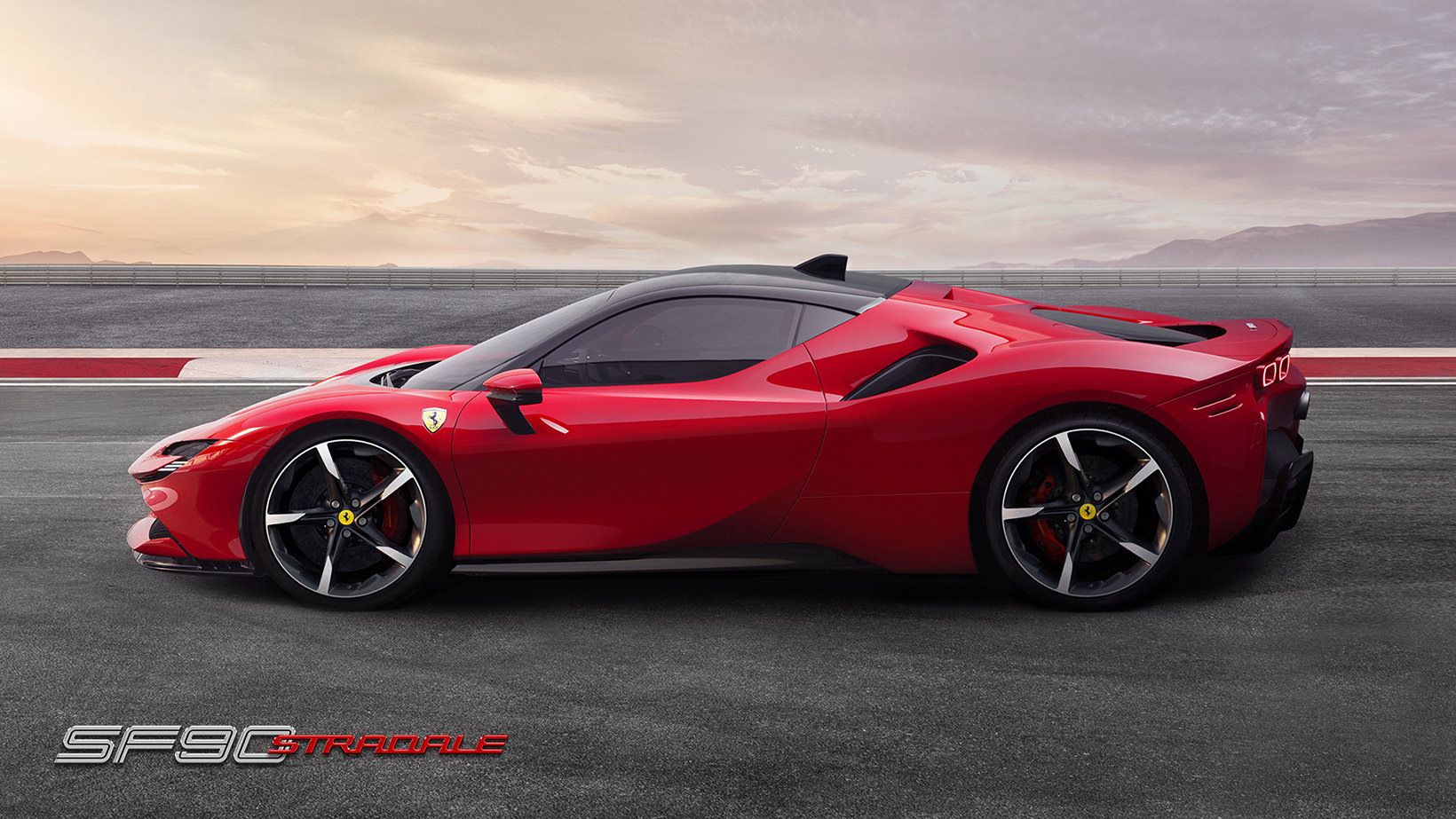 It touches down in local showrooms with the lofty pricetag of $846,888 plus on-road costs, placing it at the top of the Ferrari tree, above even the V12-powered 812 GTS which asks $675,888. It is also the first time the Ferrari range has been topped by a V8-powered model.

Its pricetag has failed to act as a deterrent for keen Ferrari customers, with the initial allocation of 20 cars snapped up in June when prospective buyers were taken to Italy to see the Stradale in a VIP viewing of the new flagship.

Ferrari Australasia also believes that up to half of all buyers will option the $111,306 Assetto Fiorano package, which adds a specific rear carbon-fibre spoiler to increase vertical load, aluminium dampers, titanium springs, a specific rear ‘Lexan’ engine cover with louvres and bespoke interior carbon parts. 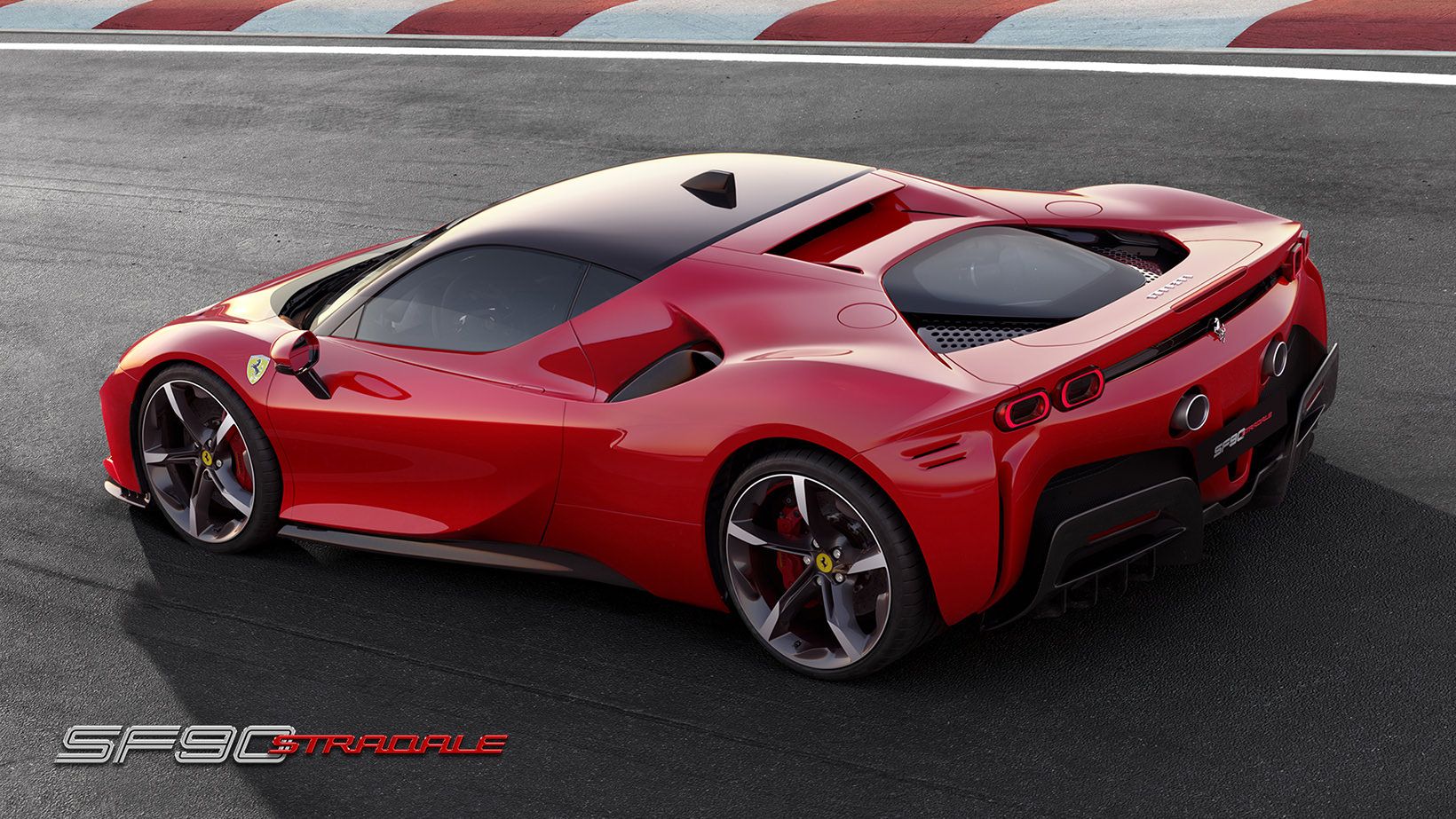 With the fitment of a heavy battery pack, Ferrari has gone to great lengths to keep the SF90’s weight down to 1570kg.

Interim Ferrari Australasia CEO Dieter Knechtel said the SF90 Stradale was for those who appreciate the best product that the Prancing Horse can offer.

“We would say (the SF90 Stradale) is a car that perfectly fits with the desires and ambitions of the ‘Pure Ferrarista’, who is a performance enthusiast, someone who loves to reach the limit and a beauty lover – someone who loves the perfect combination of performance and design, and considers everything Ferrari a piece of art … someone who’s looking for the best technology in every area of the vehicle,” he said.

A new addition to the range as opposed to a replacement for an existing model, the SF90 Stradale comes in a two-door coupe body shape, with a style that is instantly recognisable as a Ferrari but with some unique features that set it apart from the rest of the range. 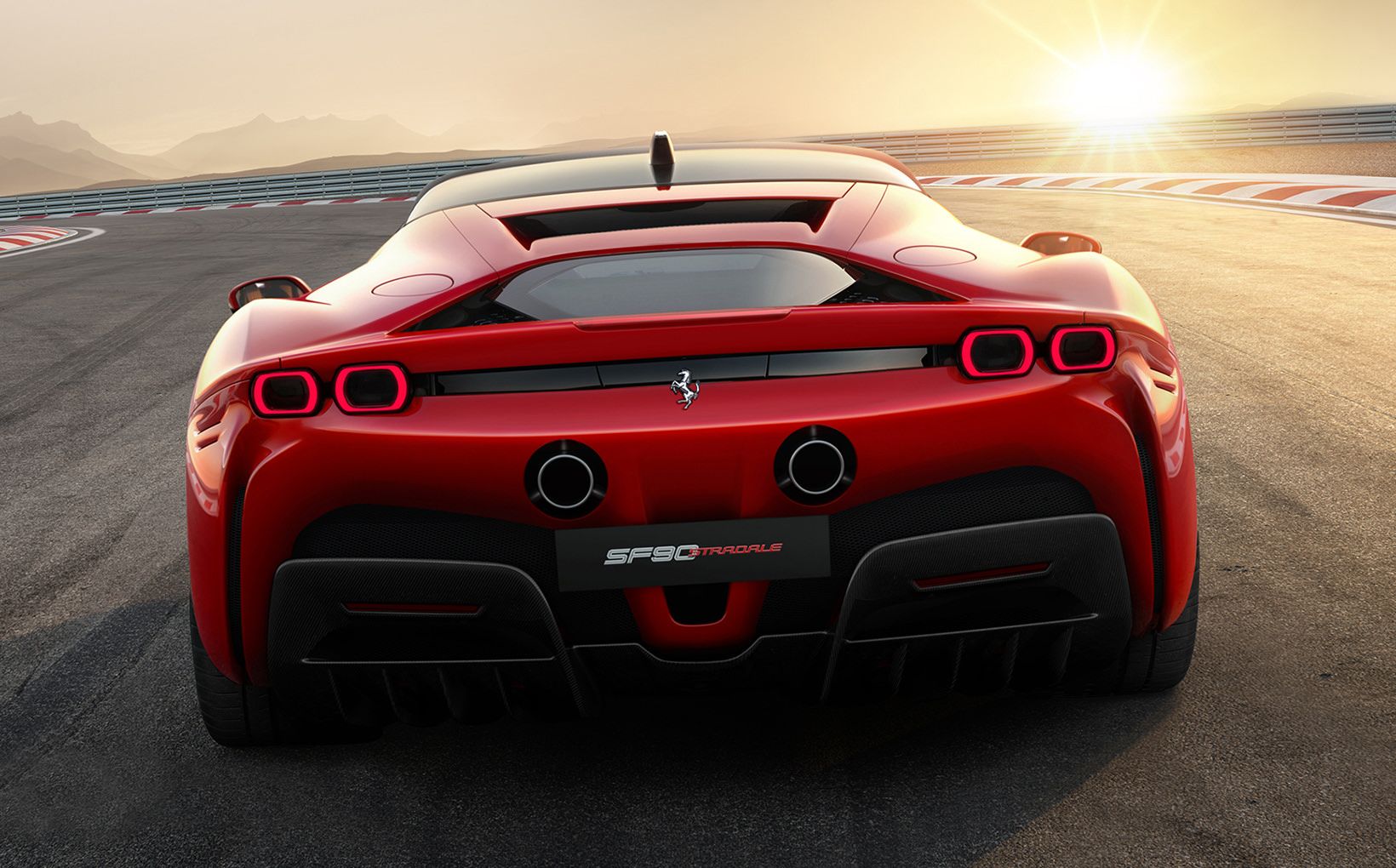 Aerodynamic enhancements are everywhere on the SF90, which can generate up to 390kg of downforce.

The front end is wide and low-set, with sleek C-shaped headlights and a broad lower air intake that adds channels air over the bonnet, and contributes to a total of 390kg of downforce at 250km/h.

Aerodynamic alloy wheels help draw air out from under the car at high speeds, while at the rear a split wing can provide a variable amount of downforce as the situation requires.

With an extra 270kg added by the battery systems, a number of weight-saving measures have been implemented such as a body constructed largely of aluminium and carbon-fibre, and the removal of the reverse gear from the transmission, with the electric motors taking over that function. 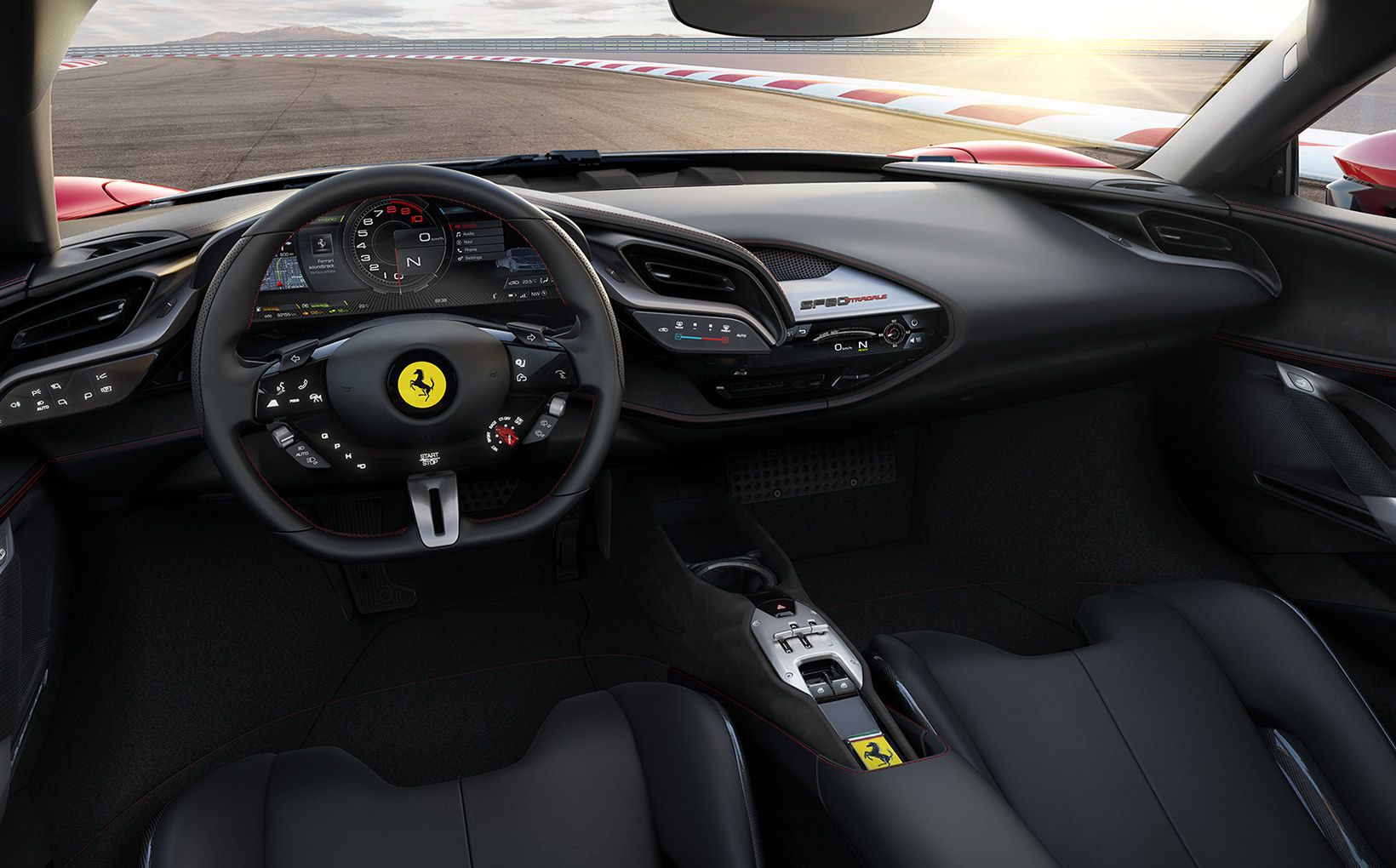 A 16.0-inch wraparound digital instrument cluster is among the new interior enhancements.

Inside it scores a new-gen steering wheel that controls 80 per cent of cabin functions, and a 16-inch wraparound digital instrument cluster with 3D-effect graphics.

First local deliveries of the SF90 Stradale are set to begin in the third quarter of this year, so if you spend enough time loitering around the most expensive suburbs in the country, you might be able to see one yourself.

While not a direct replacement for any model, the SF90 Stradale is considered a spiritual successor to the LaFerrari produced from 2014 to 2017, which was the first ever road-going hybrid model from Ferrari. 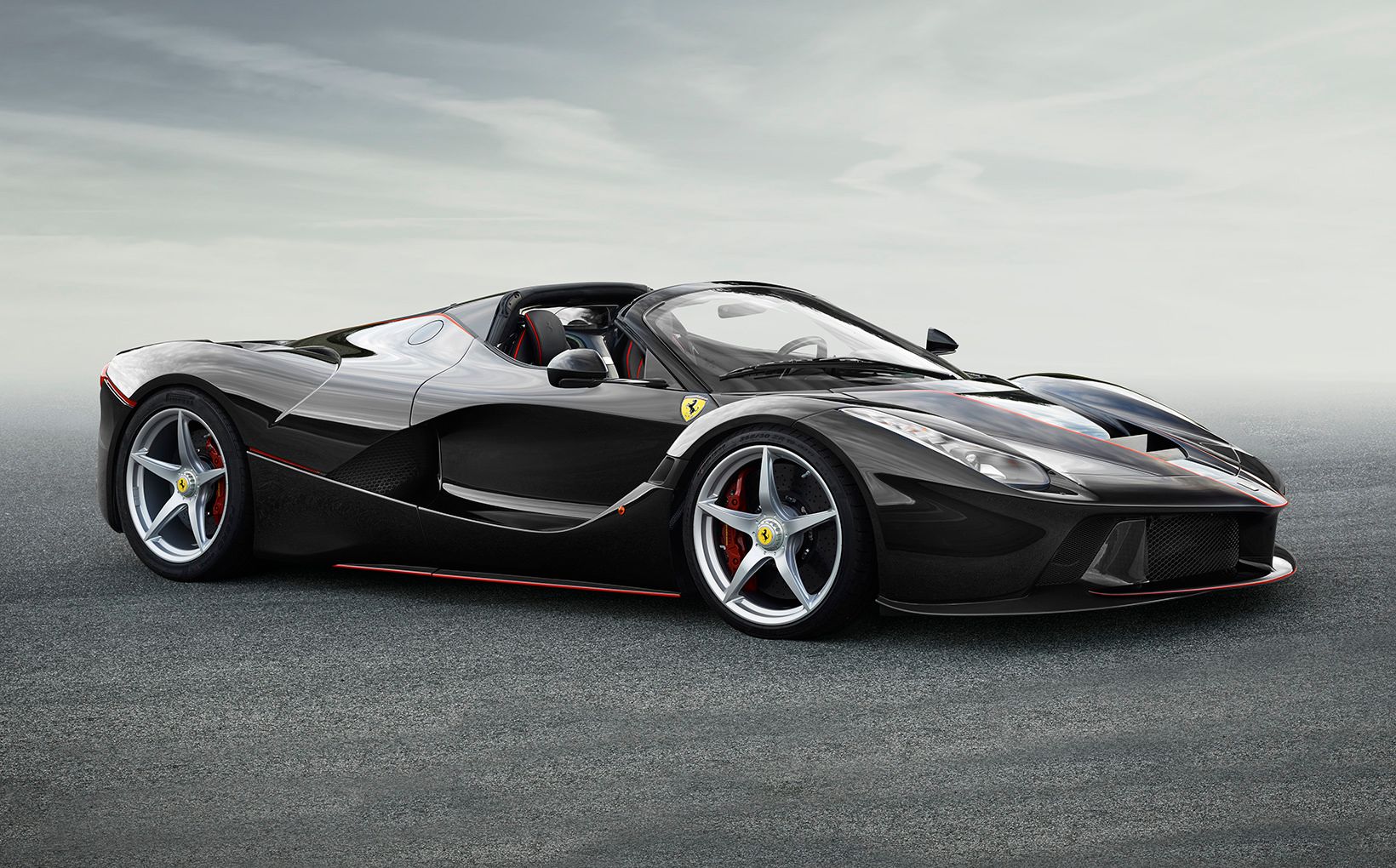 The LaFerrari was the first Ferrari to use hybrid assistance when it was revealed back in 2013 (LaFerrari Aperta pictured).

The mighty LaFerrari was produced with hardtop and convertible body styles in just over 700 examples during its production run, all of which were left-hand drive and asked well over $1 million.

It used a mid-engined 6.3-litre V12 and mild-hybrid electric motor to produce a massive 708kW/900Nm, and unsurprisingly, allocation was quickly snapped up by well-heeled buyers.

The hybrid future is here for Ferrari, and if the SF90 is anything to go by, the electrified age will be an exciting one for the Prancing Horse brand.