Can the all-new Land Rover Defender capture the magic of its legendary predecessor?

Remember 1948 like it was yesterday? No? Well, let us jog your memory for a bit.

‘The Invincibles’ won the Ashes 4-0 in England, marking Don Bradman’s last-ever Test series, the State of Israel was established, resulting in the 1948 Arab-Israeli war, the figurehead of the Indian independence movement, Mahatma Gandhi, was assassinated, and rockstars including Ozzy Osbourne, Alice Cooper and Glenn Frey were born.

It was also the year another star was born, but instead of its birth taking place at a hospital, it was at the Amsterdam motor show in April, with the Series I Land Rover making its first-ever public appearance.

After a couple of name changes and a break in production since 2019, Land Rover’s most iconic model is back in all-new form, which marks a major departure from the utilitarian, rough-and-ready workhorse it replaces. 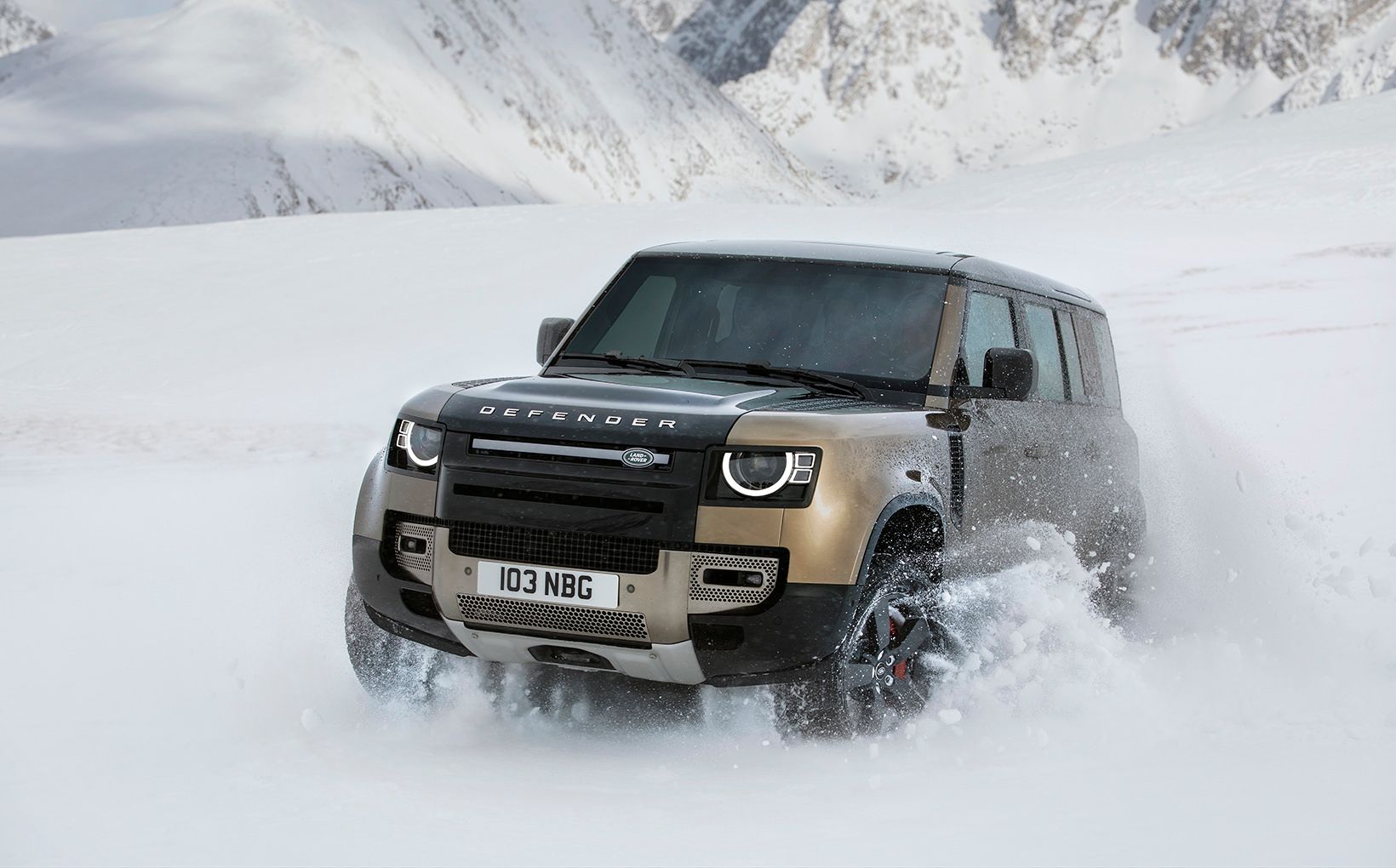 Revealed in September, the new Defender is almost unrecognisable compared to the previous generation, with an exterior design that brings it firmly into the 21st century while retaining some details that hint at its off-road abilities.

From the front, modern Land Rover design language is clearly seen while still including elements of the old Defender’s design, such as its round headlights and square, boxy front fascia.

At the rear, the tailgate-mounted spare wheel carries over, as does the side-opening rear door. The boxy overall body style remains, and the new-generation version will come in two-door, 90-inch wheelbase guise as well as a four-door, 110-inch version. 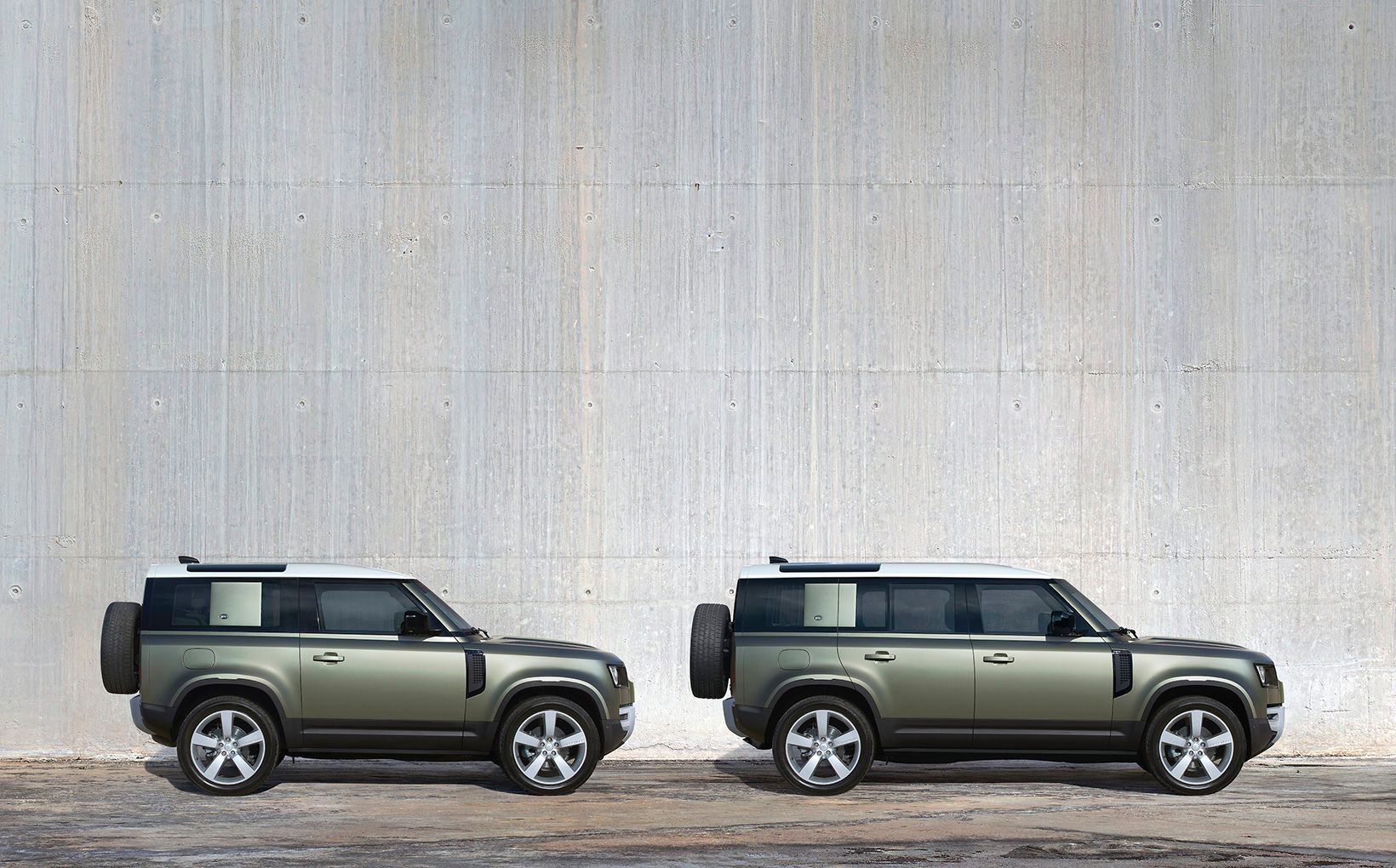 Like the previous model, a two-door and four-door body style will be available.

Land Rover Australia has announced indicative pricing from around $70,000 plus on-roads for the 110 when it arrives locally in around June next year – a generous step up over the previous version. The 90 will be added towards the end of the year and will kick off from a more accessible $50,000 or thereabouts.

Another element Land Rover is aiming to keep with the new generation is the Defender’s legendary off-road ability, with the British company claiming to have built its most capable 4x4 ever, starting with its “purpose-engineered” D7x platform, a revised version of Jaguar Land Rover’s (JLR’s) all-aluminium architecture.

Land Rover claims the platform is a whopping three times stiffer than a ladder-frame chassis, and now supports fully independent rear suspension with coil springs, doing away with the more rugged but agricultural solid axles of yore. 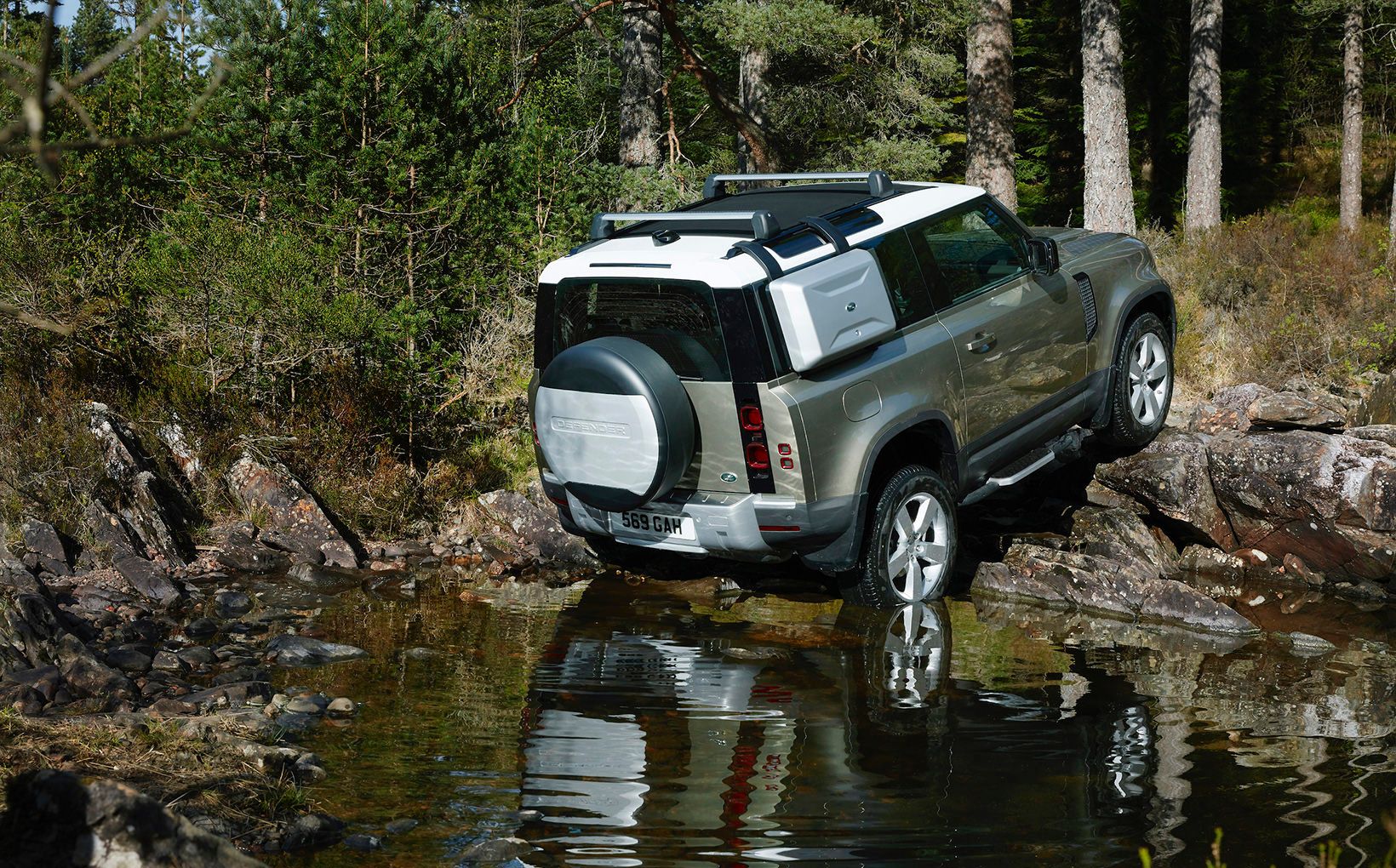 Land Rover says the new Defender is the most off-road-capable vehicle it has ever built.

The 110 Defender tips the scales at a portly 2.3 tonnes, which becomes understandable when you realise the new model aims to tick a number of boxes including extreme off-road ability, modern crash safety requirements and increased luxury with its move upmarket to try to lure in additional buyers.

The company believes the new model will be able to go even further into the rough stuff than the old one thanks to features like its permanent four-wheel drive with low range and a centre locking differential (a rear locker is optionally available), 900mm wading depth and Terrain Response 2 system.

A range of different electronic off-road aids are available through the Defender’s touchscreen, including a camera that let you see the ground area directly in front of the wheels. Approach, breakover and departure angles are rated at 38, 28 and 40 degrees, respectively. 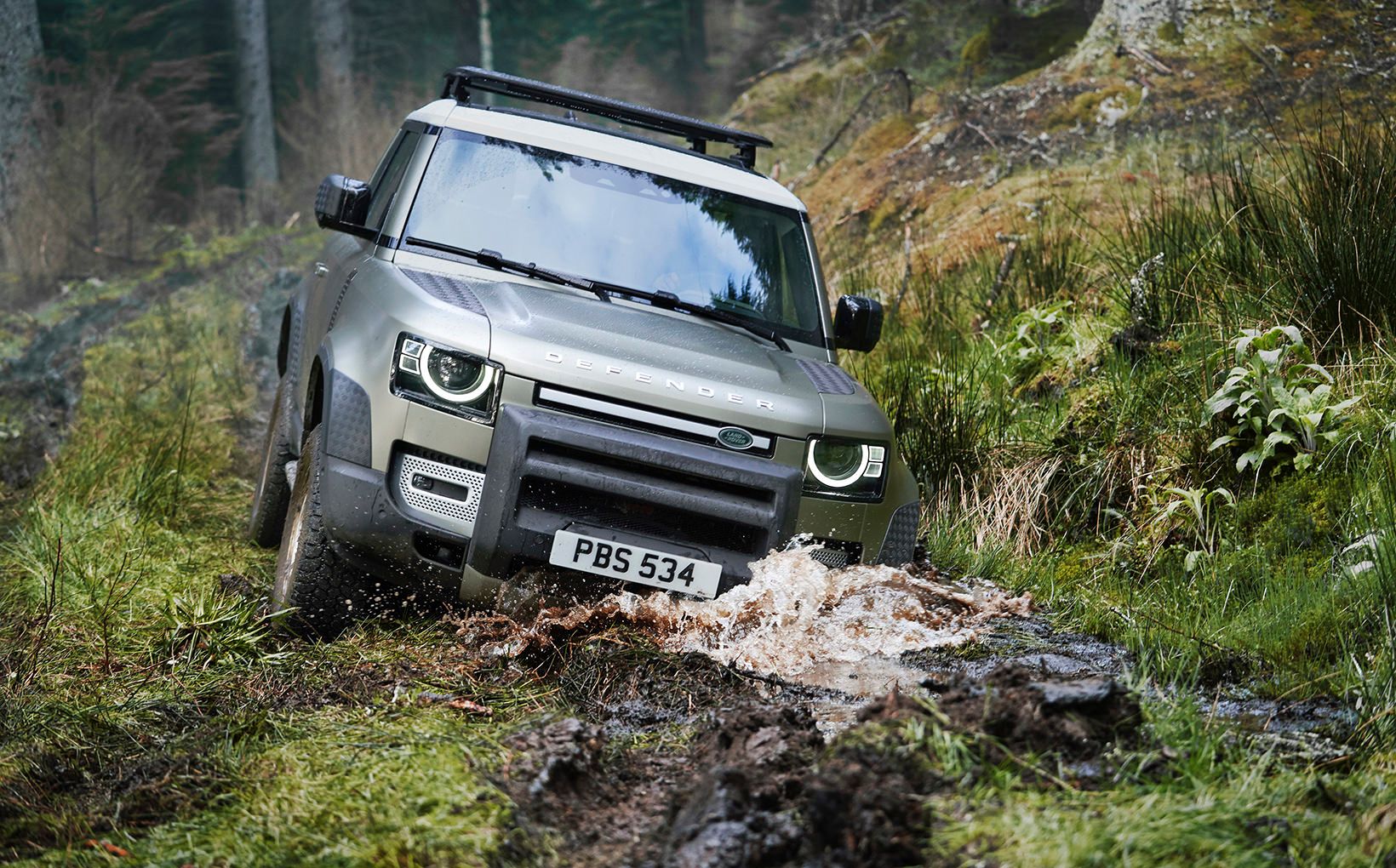 Three engine options will be offered globally, with two diesels and one top-spec petrol unit.

Given its stiff chassis, a full 3500kg braked towing capacity can be had, as well as a payload up to 900kg and 300kg of static roof load.

Three engine choices have been detailed by Land Rover, topped by a 3.0-litre inline six-cylinder turbo-petrol engine with 48V mild-hybrid tech, capable of punching out 294kW/550Nm.

Two 2.0-litre turbo-diesel four-pots are also available in two states of tune, either 147kW/430Nm in the D200 or 177kW/430Nm for the D240. All three options are mated exclusively to an eight-speed automatic transmission. 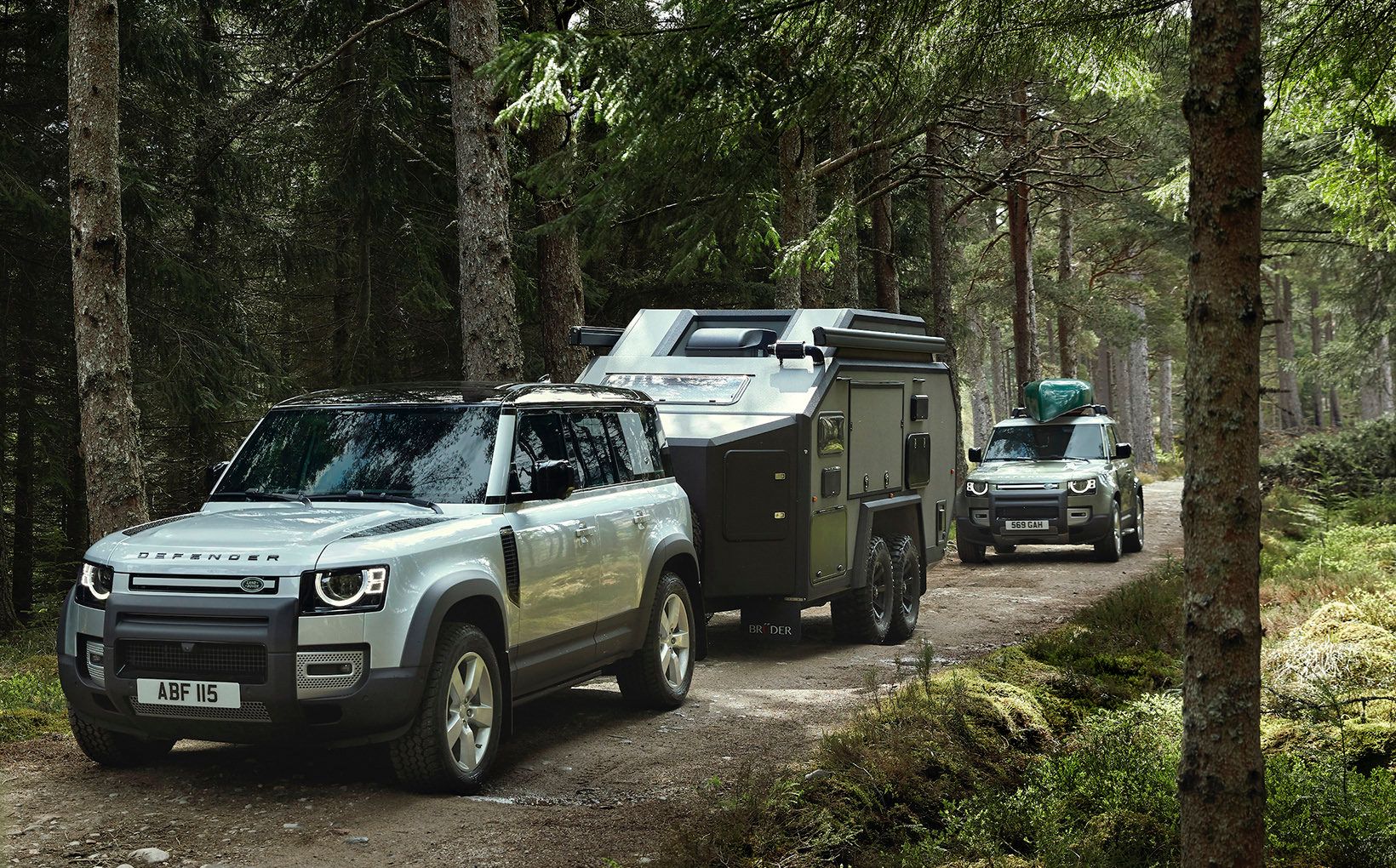 Land Rover has also said the Defender’s platform will be able to support plug-in hybrid (PHEV) technology, which will be available overseas next year.

Stepping inside the Defender, the intergenerational change is just as stark, with a 10.0-inch touchscreen projecting the new-gen Pivi Pro infotainment system, a digital instrument cluster and leather upholstery, while classic features such as rubberised flooring and exposed structural elements are retained. 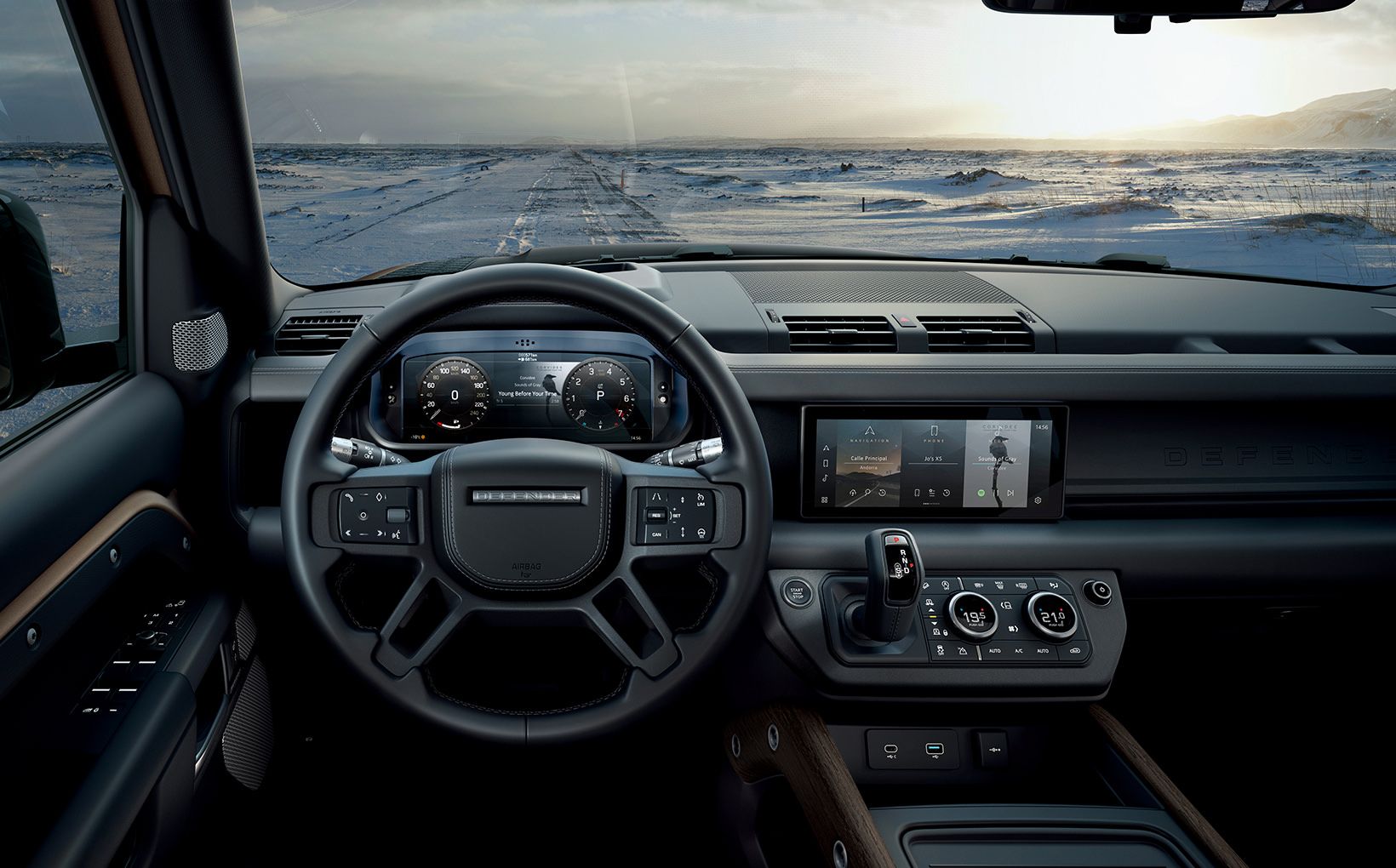 Arguably the biggest generational change has happened with the Defender’s interior, which brings it firmly into the 21st century.

Three seating configurations – five, six or seven seats – will be available, with up to 1075L of storage space on offer, expanding to 2380L when the second-row pews stowed.

Three trim levels – S, SE, and HSE – will be offered alongside First Edition and top-spec Defender X models, while 170 individual accessories can be optioned.

Australia’s model line-up has not yet been locked in, but with JLR Australia recently showing a trend of downsizing its ranges, fans can expect a carefully selected line-up to arrive here. 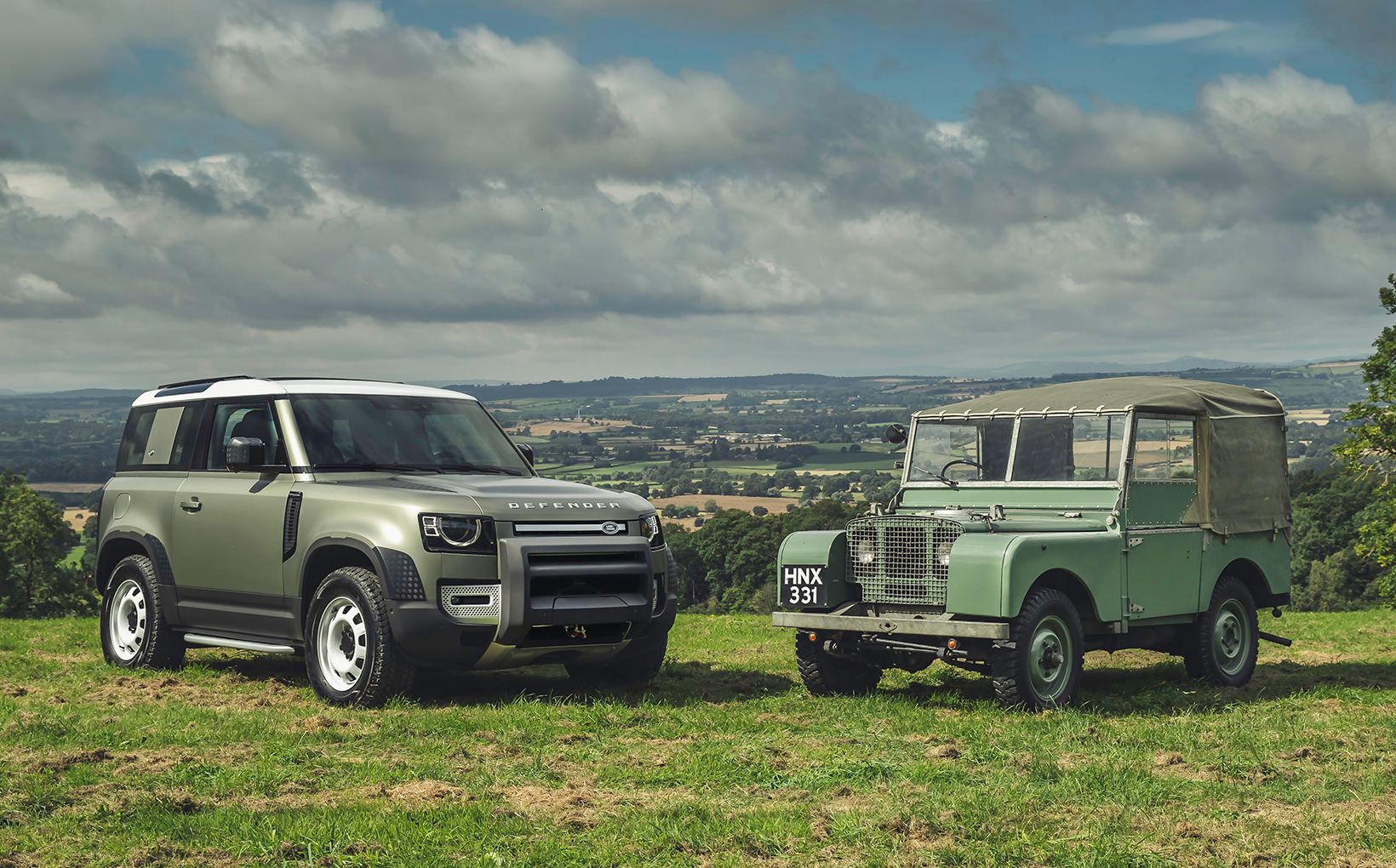 The Defender has come a long way since the original Series I launched in 1948.

As mentioned, the Defender story began in 1948 with the reveal of the Series I Land Rover, designed for industrial and agricultural use and featuring a 37kW 1.6-litre petrol engine, four-speed gearbox and low-range transfer case.

The Series II arrived in 1958 and served for three years before the cosmetically similar Series IIA took over, which helped the model to its highest-ever production volume, with over 60,000 units per year produced in 1969 and 1970.

Global markets also found the Series IIA to be a popular vehicle, which was well suited to Australia’s tough terrain and as such dominated 4x4 sales in an era before Toyota’s LandCruiser began its rise to popularity Down Under. 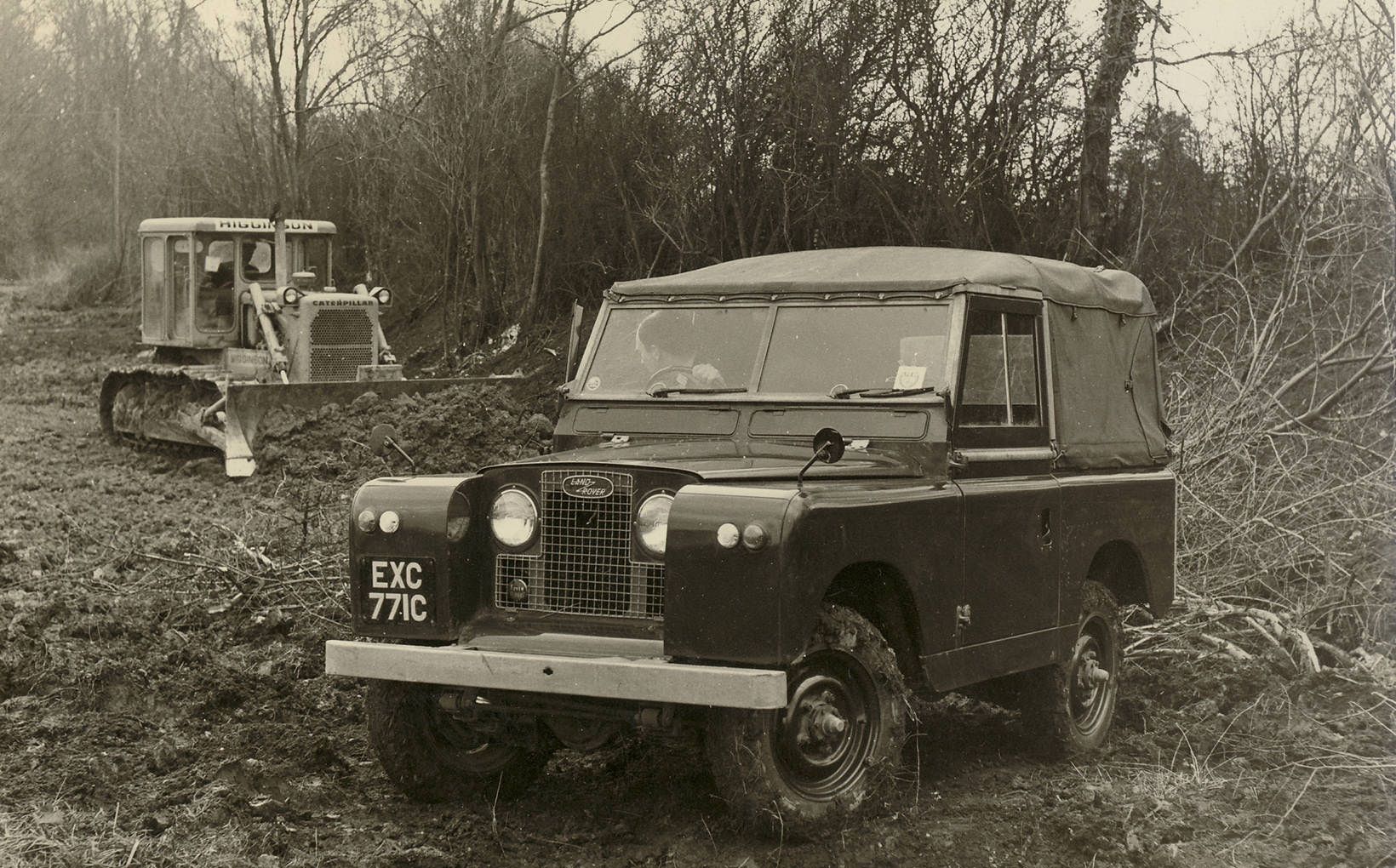 The Series II Land Rover found popularity at home and abroad for its rugged construction and mechanical simplicity.

The Series III arrived in 1971 and saw the fitment of a petrol V8 engine for the first time, while Australian versions were also fitted with an Isuzu-sourced 3.9-litre diesel engine to help curb declining sales.

In 1983, Land Rover transitioned to the familiar Defender body style we all know and love, which was originally called the Ninety and One-Ten to denote wheelbase lengths.

In 1990, the name was officially changed to Defender, which carried on with a few updates until the final model rolled off the Solihull manufacturing line in 2016. 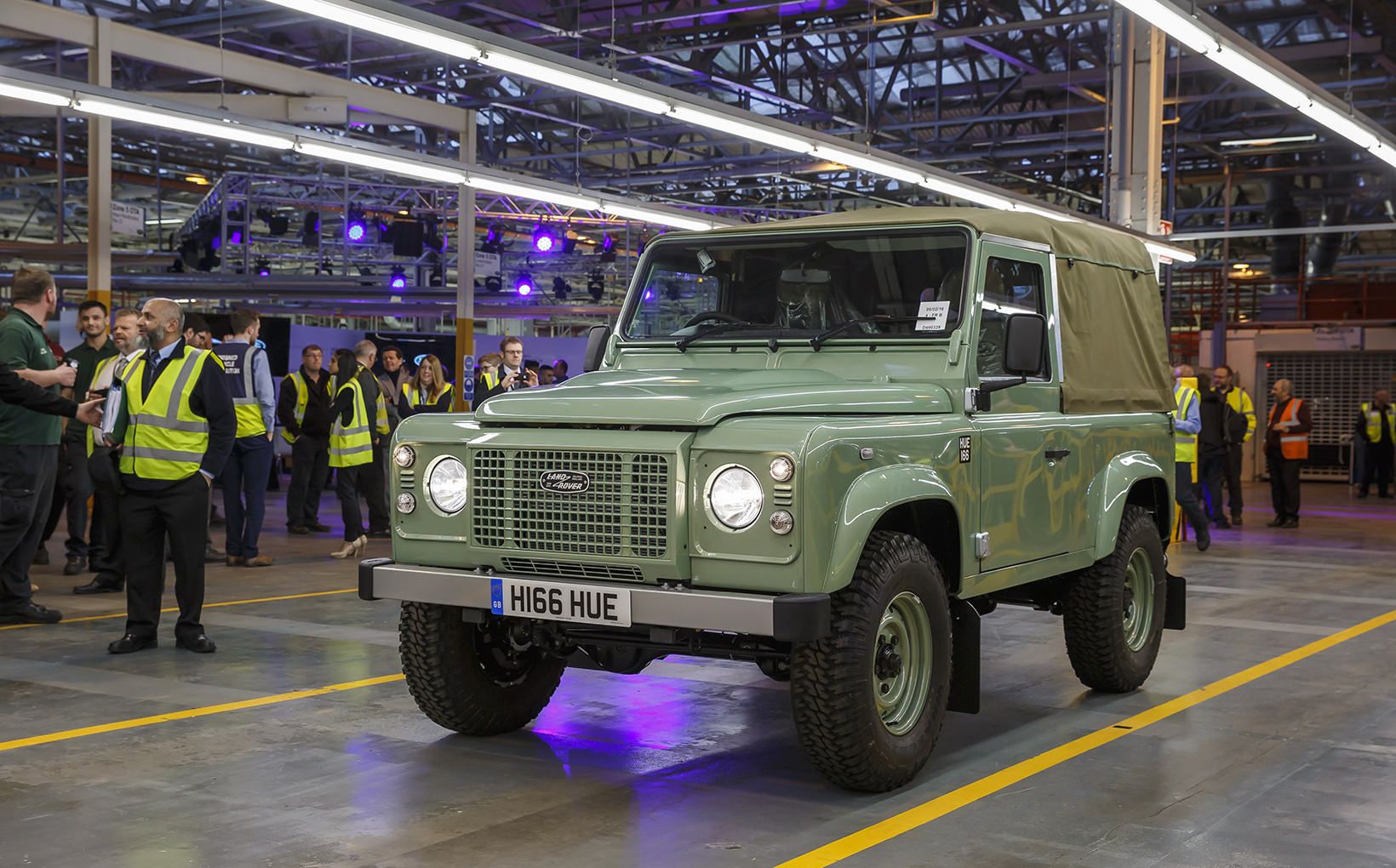 The last of the previous-generation Defenders was built in early 2016 and is housed in the Jaguar Land Rover Collection.

The all-new Defender is undoubtedly the most different and unique iteration in the model’s history and will be targeting buyers previously reserved for the Range Rover, and later, the Discovery.

Will it retain the legendary off-road ability and cult-like status of its forebears? Only time will tell.

Protect your Land Rover. Call Shannons Insurance on 13 46 46 to get a quote today.