If ever there was a vehicle that defined its market, that was the very essence of what an entire segment was about, the BMW M5 would have to be it.

Synonymous with the premium large performance segment, the M5 was the original supercar-baiting four-door and now, 37 years on from its launch, it is still classed as the yardstick for how a fast premium sedan should drive.

BMW has been writing and rewriting the performance sedan rule book with the M5 for almost four decades now and with the welcoming of 2021, it has done so again with the release of the M5 CS – the fastest and most powerful BMW ever made (so far). 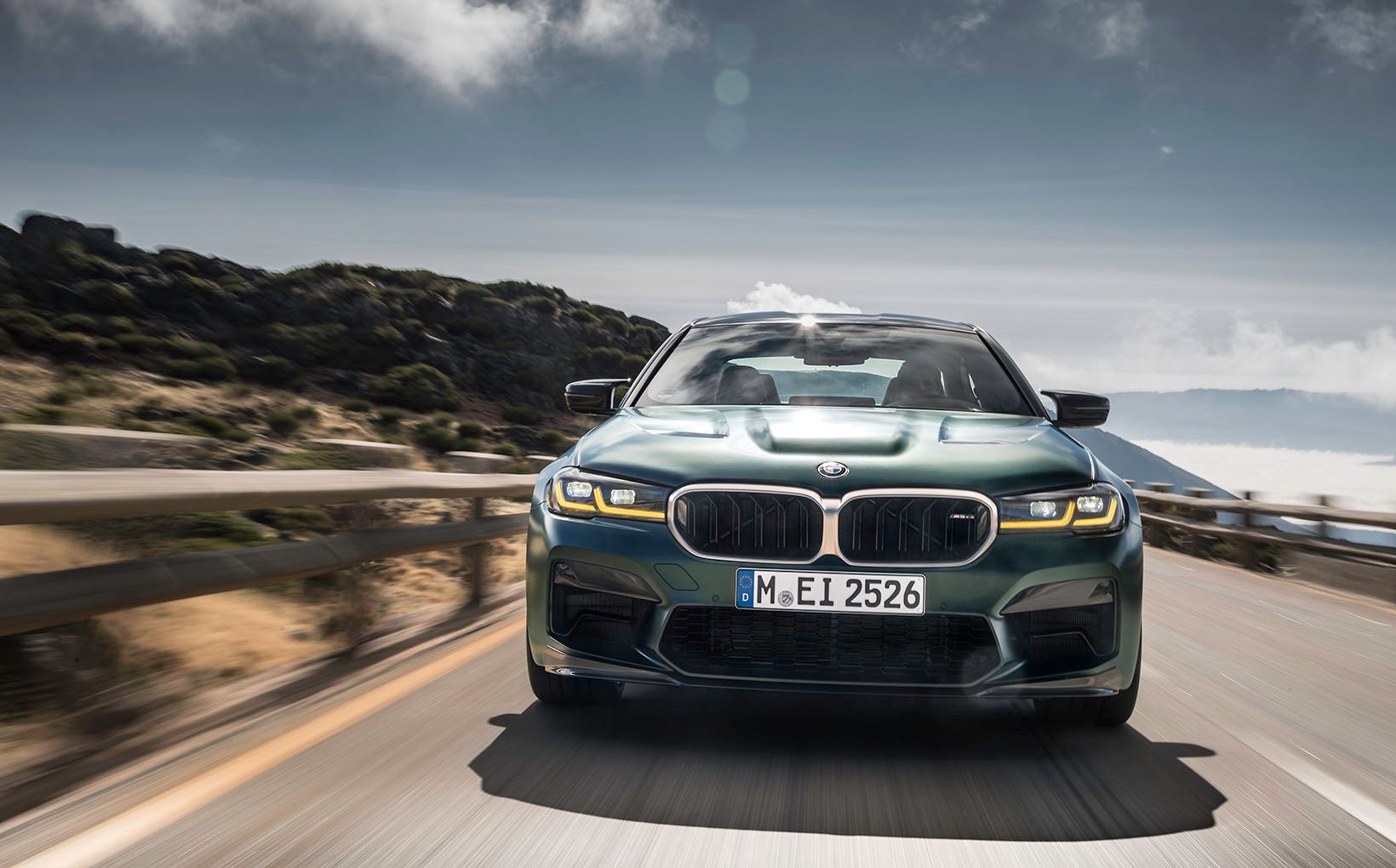 The M5 CS is the fastest and most powerful BMW road car to date.

The recipe of the M5 CS is quite simple; take an already bonkers M5 Competition and make it faster.

How do you make an already insanely fast car faster? Reduce the kerb weight by 70kg and screw an extra 7kW out of the engine.

Peak power from the twin-turbocharged 4.4-litre V8 is now rated at 467kW while maximum torque goes unchanged at an already monstrous 750Nm. 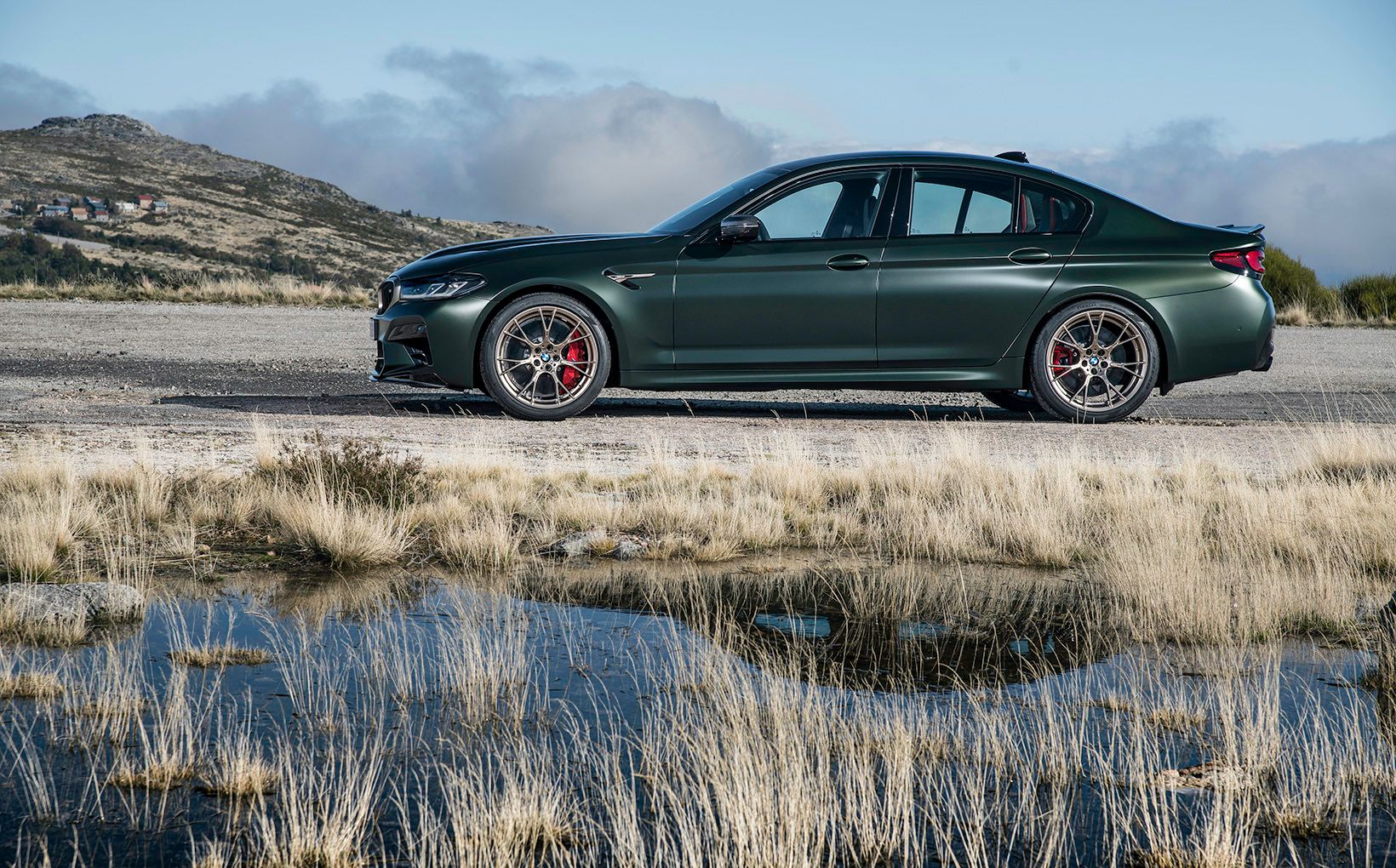 This sedan will leave any sportscar for dead and chase even the fastest supercars up past 300km/h.

The top speed however is the same as the Competition; electronically limited to 305km/h. 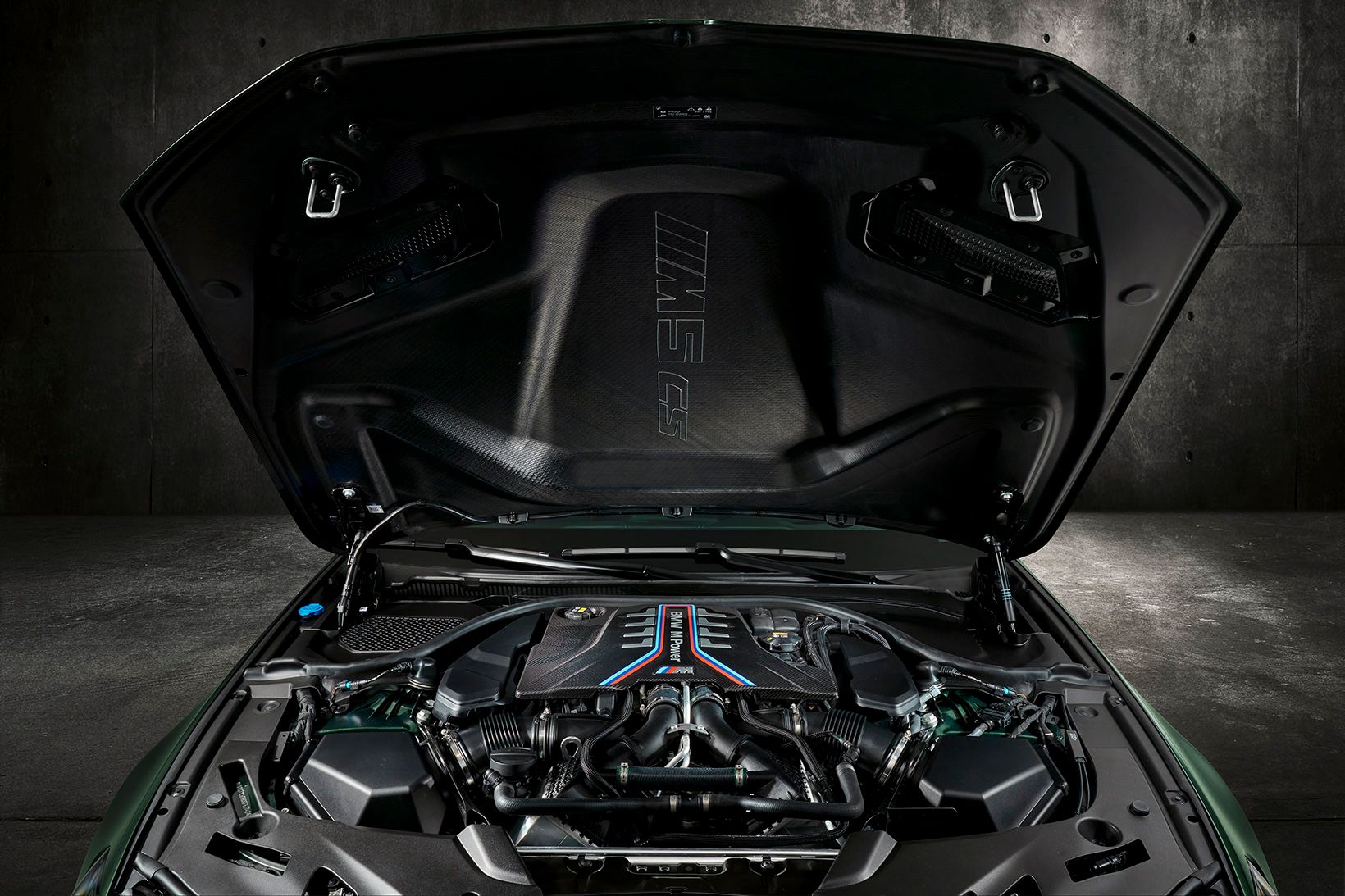 The CS may only have an extra 7kW, but it is genuinely a level above the M5 Competition.

To help haul the flying four-door back up again, BMW has specced M carbon ceramic brakes as standard on the CS which not only provide more stopping power, but also save 23kg of unsprung mass compared to the M compound brakes fitted to the Competition.

The remaining 47kg saved has been done so through the extensive use of carbon-fibre both for the body and interior, including the bonnet, front splitter, wing mirrors, boot spoiler, rear diffuser and bucket seats.

That carbon bonnet also serves as one of the biggest giveaways as to the CS’ identity, being both bigger in its bulging and more aggressive in its venting, signifying the extra bit of firepower housed underneath. 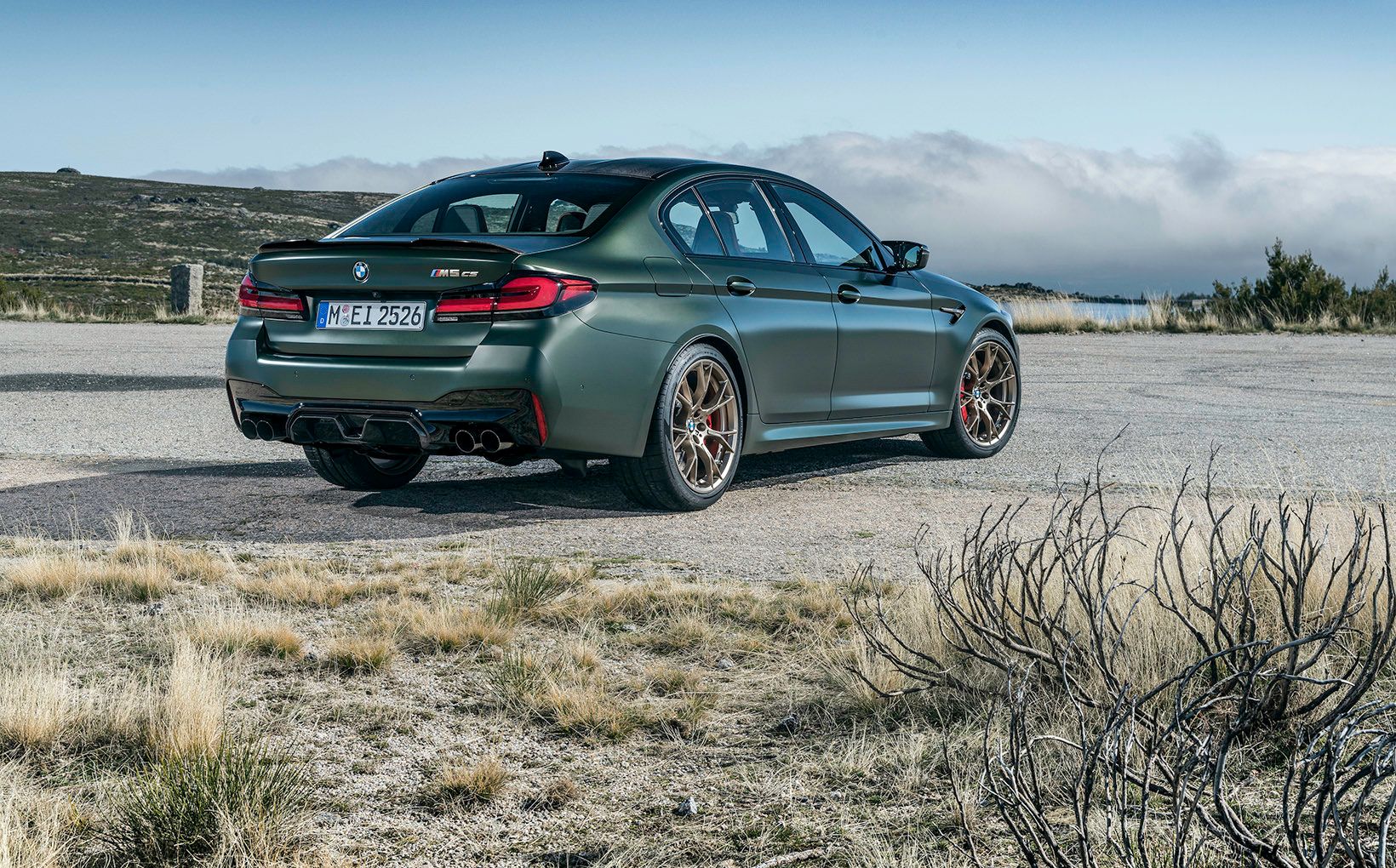 Away from the colour scheme, there are plenty of clues this isn’t an M5 Competition.

Other extra visual cues include the aforementioned carbon body bits, a distinctive gold-bronze finish for the kidney grille surround, 20-inch M forged wheels and the obvious one, ‘M5 CS’ badging.

As the current M2 and previous M4 CS show, you can’t just add some more aggressive bodywork to a car and up the kilowatt count to make it a CS – there has to be some enhancement work going on under the skin to make sure it’s mmore dynamic than its donor car – and BMW has stuck to the recipe with the M5 CS.

Given the M5 Competition is already hugely capable and advanced in its chassis set-up, engineers have opted to not go overboard with the CS and simply retuned the damping and spring rates to up its handling game while super-sticky Pirelli P Zero Corsa tyres can also be fitted as a no-cost option. 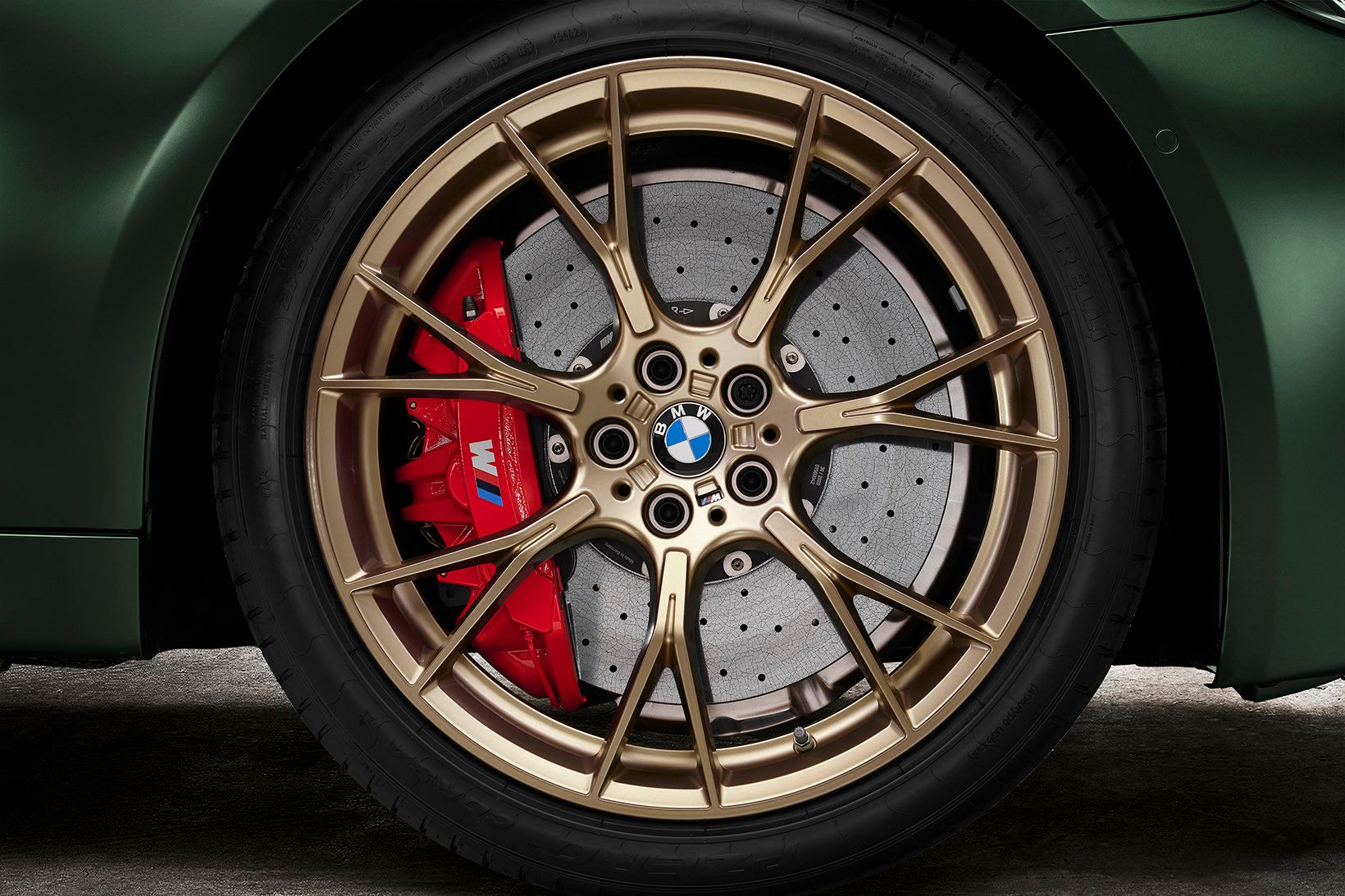 More than a quarter of a million dollars’ worth of flying four-door, why wouldn’t you spec the Pirelli P Zero Corsas…

Things have been stepped up inside the cabin too where the second row has lost a pew, marking the CS out as the only four-seater in the extended 5 Series range.

Upholstered in black Merino leather, the four individual bucket seats feature all-red stitching and a map of the Nurburgring embossed on the head restraints – obviously – while the fronts also score illuminated M5 badges, just in case you forgot you weren’t in a rocket. 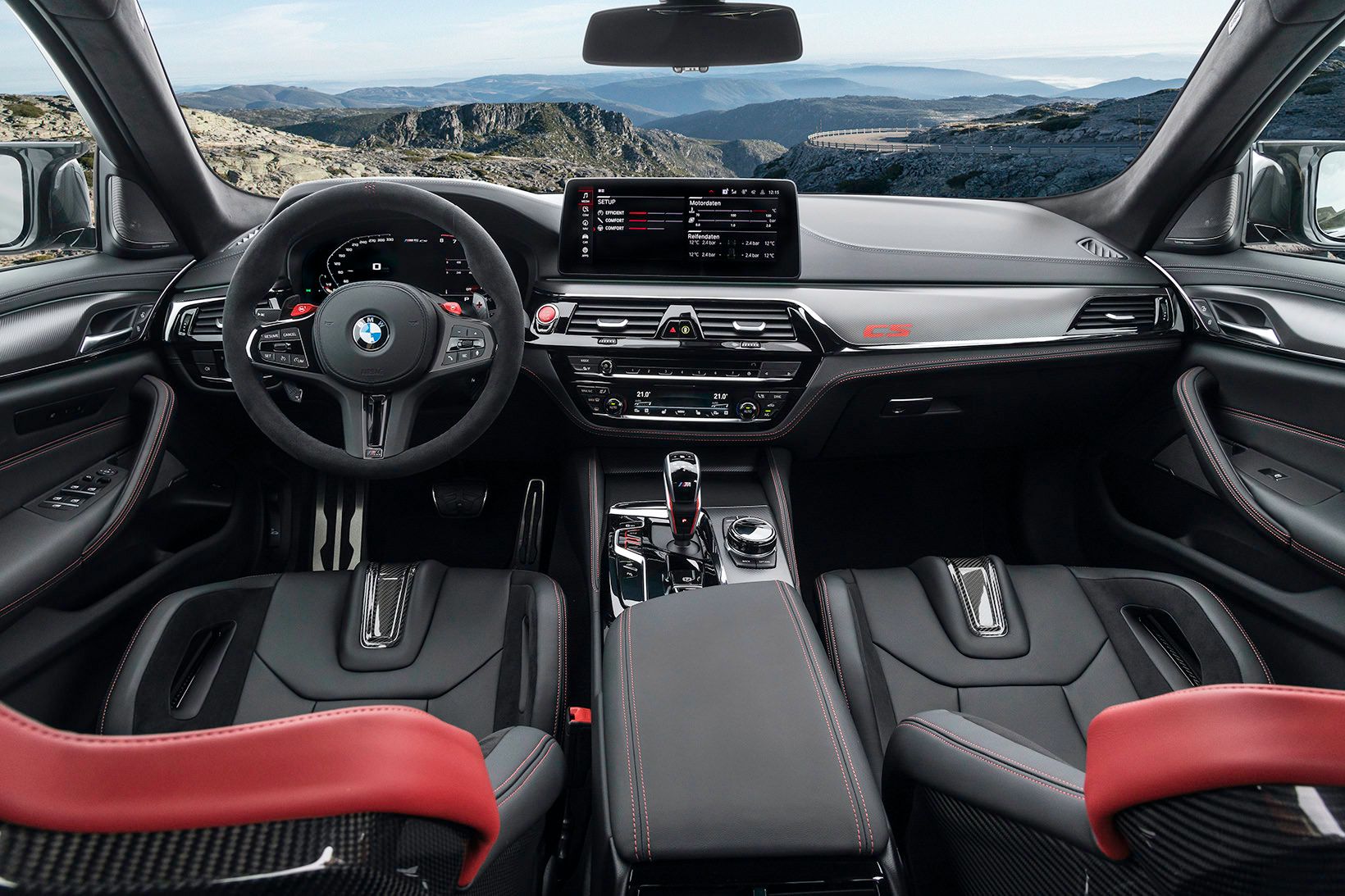 It may say CS, but it isn’t a stripped-out boy-racer’s car.

Unsurprisingly, the CS badge also denotes the inclusion of a bigger pricetag, especially so given only 20 have been allocated to Australia.

For anyone really into numbers, that’s a $30,000 premium over the M5 Competition ($244,900), but still $80,000 shy of the M8 Competition Gran Coupe which shares the same engine and running gear – minus 7kW – and donates a good portion of its suspension set-up. 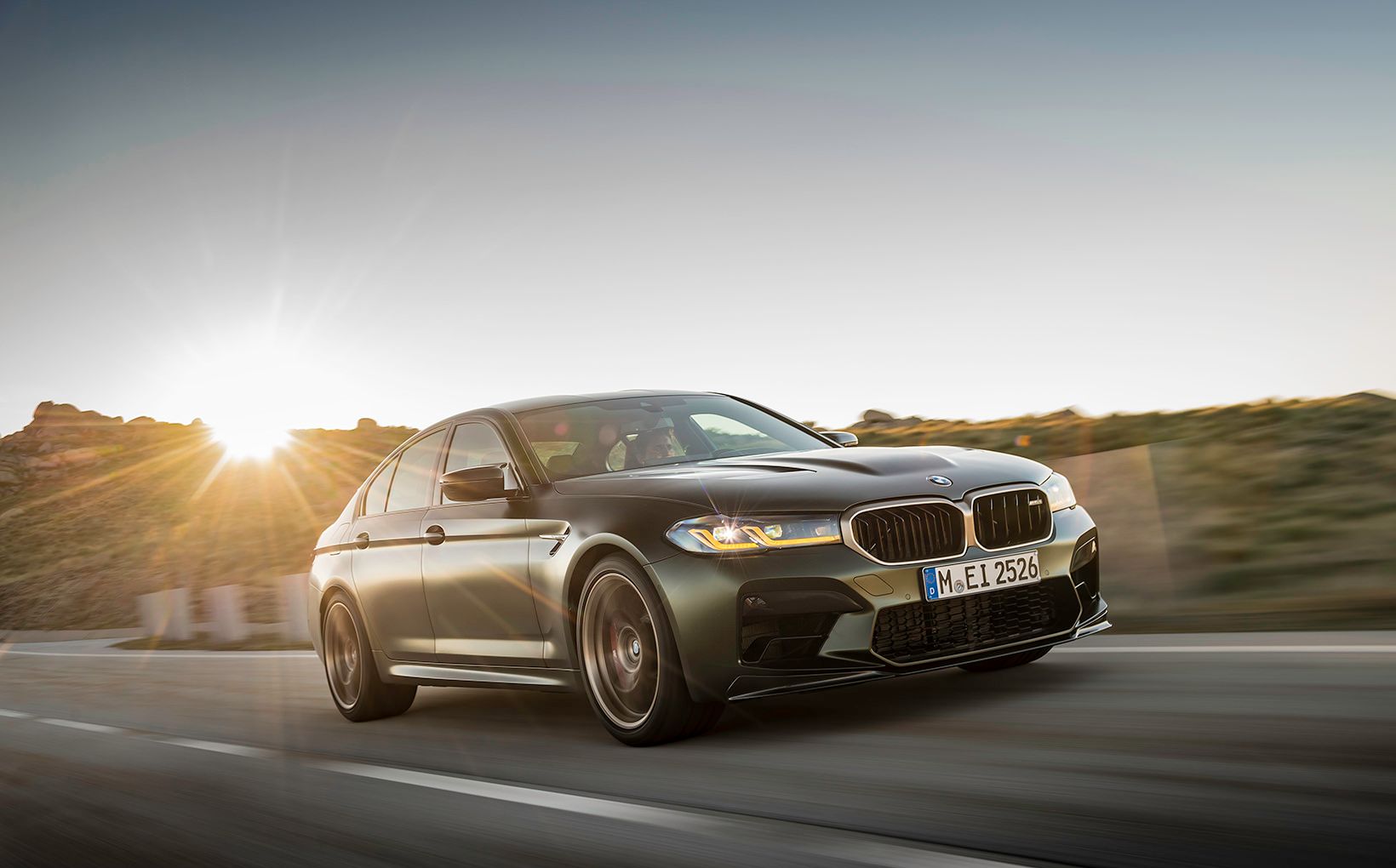 Despite being $80,000 cheaper, it’s faster than the M8 Competition.

If you’re still reading this and longing to try and garner up a slice of the M5 CS action, we checked with BMW Australia and we’re sorry to say no more examples are headed Down Under as the CS is a limited production build as opposed to a full-time member of the 5 Series line-up.

What will the CS badge appear on next? Our money is on the new-generation M3/M4 twins, perhaps even with an ‘L’ on the end of its name…