THE PORSCHE 911 is arguably the most iconic sportscar that’s ever been produced and, since the first-gen model was introduced in 1964, the Zuffenhausen-based brand has released many special versions of the coupe, virtually all of which have gone on to become prized collector’s items.

As a rule, the more you are willing to spend for the privilege of having a car that bears a suffix to the 911 nomenclature, such as S, GTS, Turbo, R, GT3, GT3 RS, GT2, GT2 RS and Speedster, the higher the exclusivity of the car. Some releases are, however, more exclusive than others…

Having unveiled the ‘Sixties-inspired 911 Targa 4S Heritage Design Edition in 2020, Porsche recently released the second instalment of its four-model “homage collection”. This time, the brand has evoked the early 70s with the 911 Sport Classic, which pays tribute to the iconic 1972 911 Carrera RS 2.7 – a model that enthusiasts affectionately call “The Ducktail” (for obvious reasons). 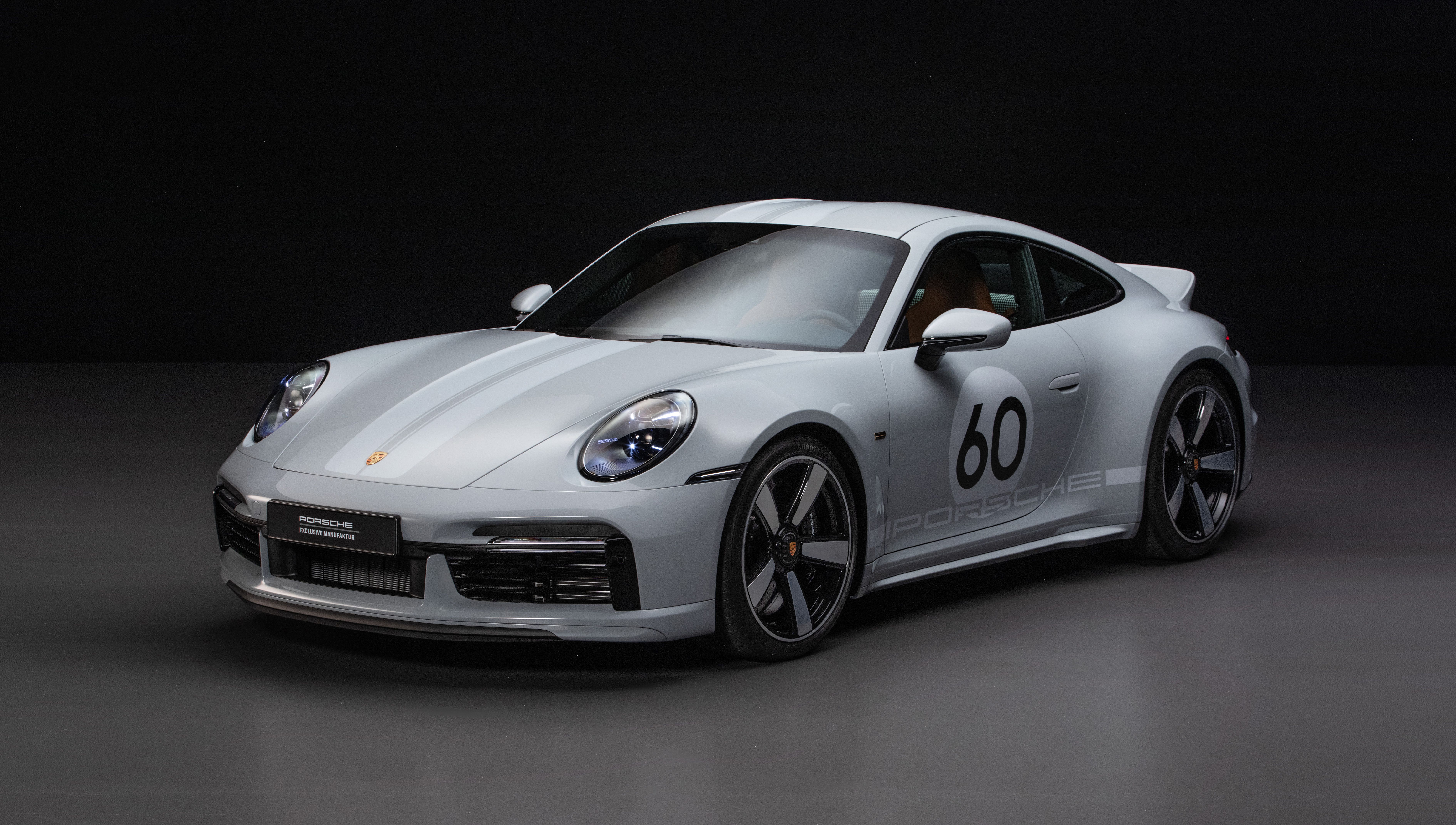 Porsche Exclusive Manufaktur will produce only 1250 examples of the limited-edition 911 Sport Classic and Australian enthusiasts could order one from $599,100 (excluding on-road costs and options). We say “could” because we understand that the handful of units that Porsche Australia secured have all been snapped up; deliveries will commence in the final quarter of the year.

Given that the 911 Sport Classic (which was previously produced on the 997-generation model’s platform in 2009) is more than $100k dearer than the flagship 911 Turbo S, it bears mentioning that the former is the most powerful 911 equipped with manual ‘box in current production.

Whereas the 911 Targa 4S Heritage Design Edition incorporated design elements from Porsche’s ‘Fifties and ‘Sixties models (not only 911s), the new 911 Sport Classic draws inspiration from the first-generation 911 (produced from 1964 to 1973), but the 1972 911 Carrera RS 2.7 in particular. 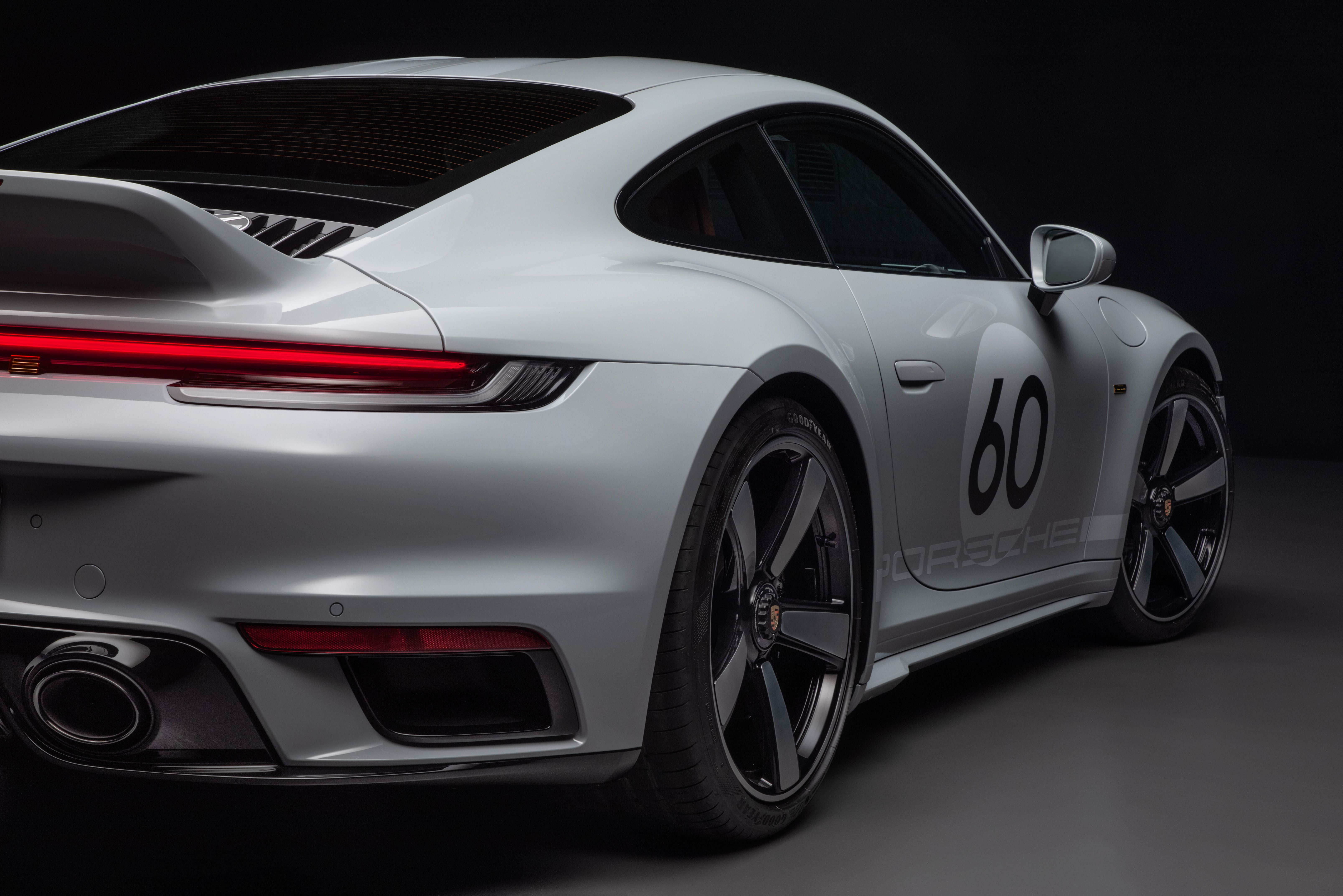 The exclusive paint finish is inspired by the early 356’s Fashion Grey.

The 911 Sport Classic’s wide-body style, which is usually reserved for the 911 Turbo models, is complemented with a fixed rear spoiler in the style of the legendary “ducktail” Carrera RS 2.7 and a double-bubble roof. For the limited-edition model’s exclusive paint finish, designers drew inspiration from the early 356 model’s Fashion Grey paintwork.

As an alternative to the exclusive Sport Grey Metallic finish, the new 911 Sport Classic is also available in solid Black, Agate Grey Metallic, Gentian Blue Metallic or paint-to-sample (the latter available from October and without contrasting painted twin stripes). 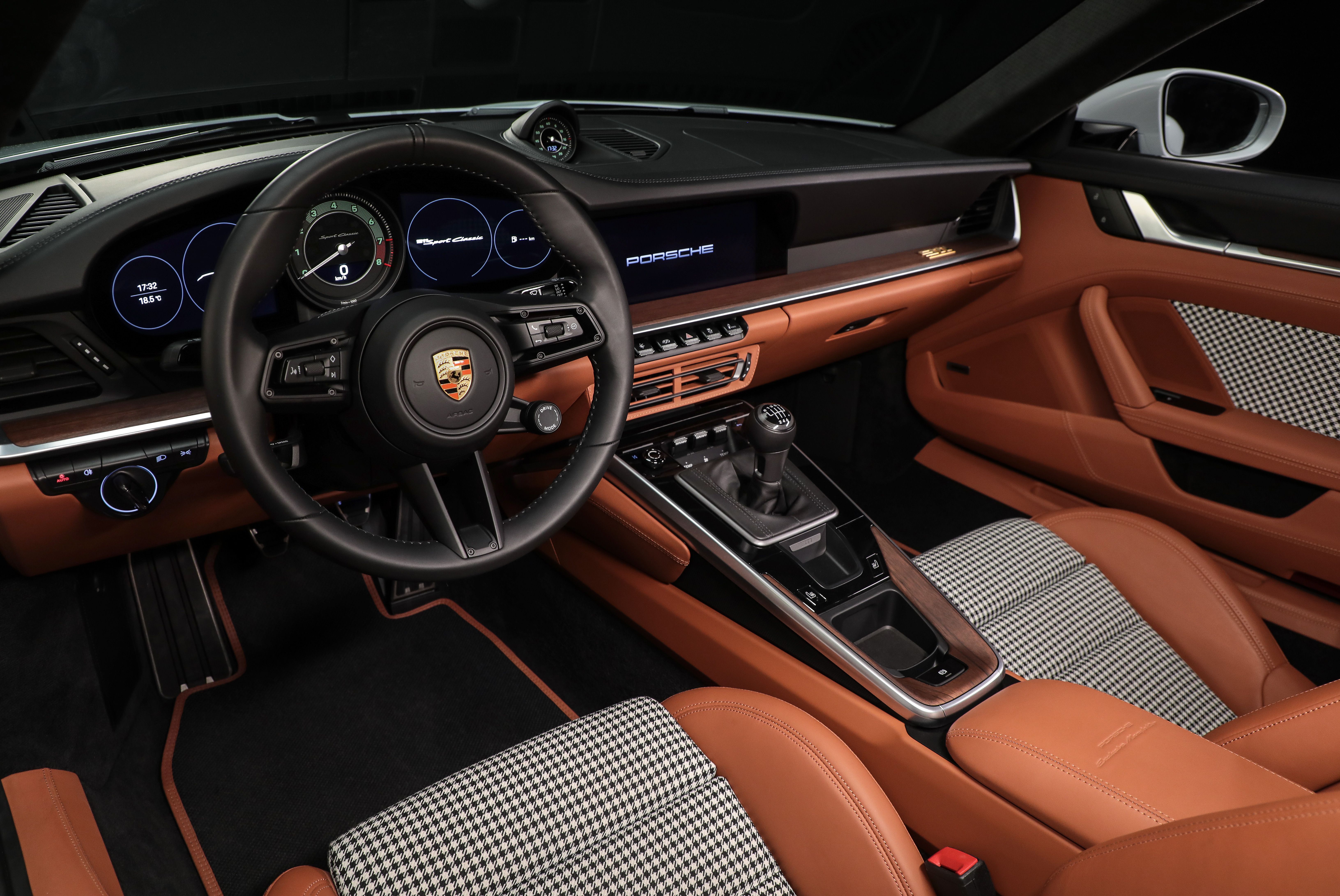 The iconic Pepita pattern features on the 911 Sport Classic’s door panels and seats.

As for the interior, the iconic Pepita pattern features on the 911 Sport Classic’s door panels and seat centres, while two-tone, semi-aniline leather upholstery in Black/Classic Cognac provides an elegant contrast with the exterior colour. Selected interior elements will be available for most current 911s soon (you can check availability using Porsche Australia’s online car configurator).

As part of the Heritage Design Classic package, Porsche also offers a bespoke chronograph, which is exclusively available to drivers who purchase the collector's edition vehicle.

Meanwhile, the 911 Sport Classic is powered by a 3.7-litre, twin-turbo flat-six engine, which produces peak outputs of 405kW at 6750rpm and 600Nm at 2000 to 6000rpm and drives the model’s rear wheels via a seven-speed manual gearbox. Porsche claims that the special-edition model will sprint from standstill to 100km/h in 4.1 seconds and hit a top speed of 315km/h. 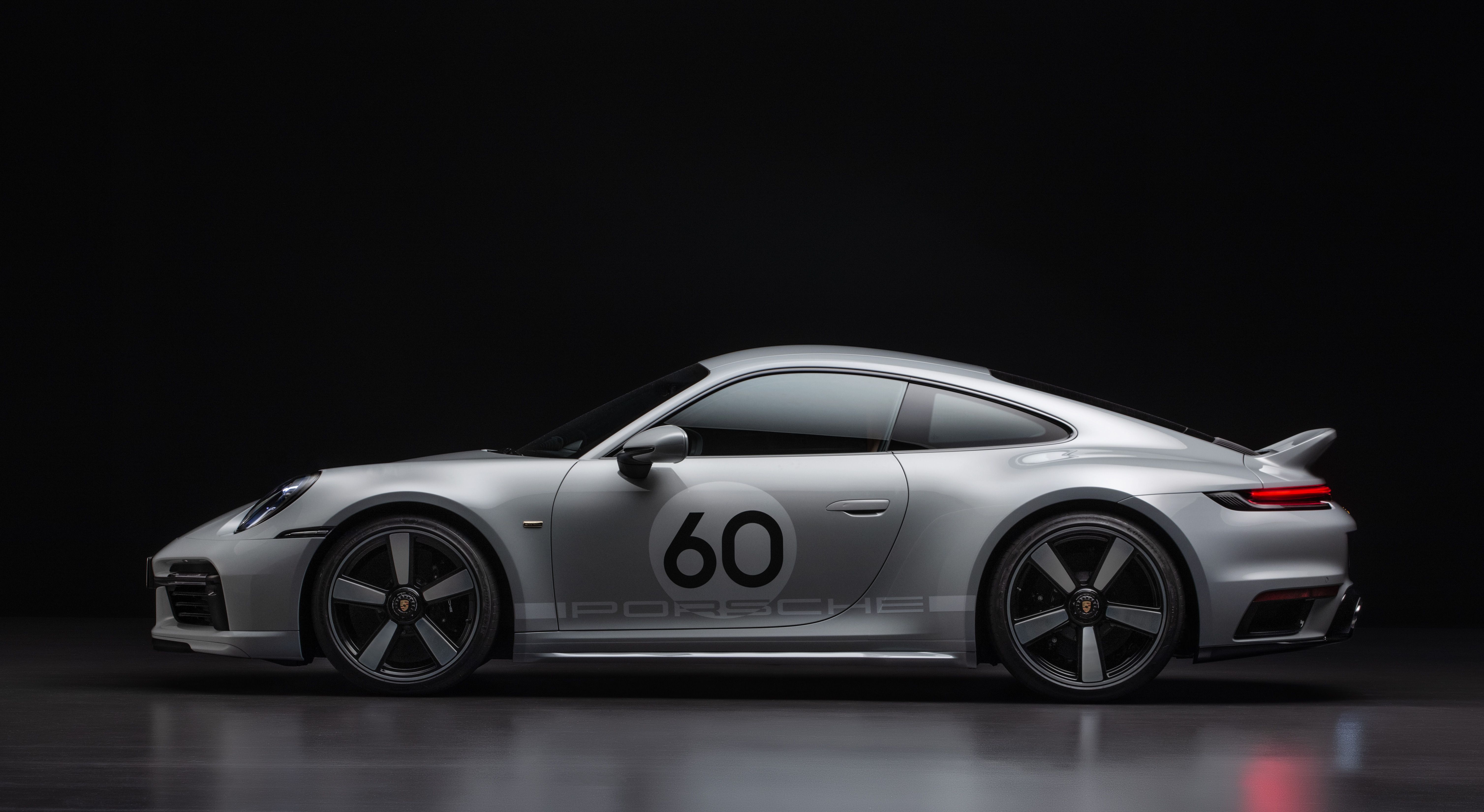 The looks might be retro, but the Sport Classic’s performance is anything but!

The seven-speed gearbox notably has an auto-blip function that compensates for engine-speed differences between the gears with a brief burst of revs when shifting down. The standard sports exhaust system is tailored to the model and emits “an even more emotive sound”.

The special-edition model’s suspension configuration is based on that of the 911 Turbo and 911 GTS models, which means the ride height has been lowered by 10mm and is aided, as standard, by the brand’s active suspension management (PASM) setup.

The 911 Sport Classic is not the only special 911 Porsche has released this year. To celebrate 50 years of Porsche Design, the Zuffenhausen-based firm is producing 750 units of the 911 Porsche Design 50th Anniversary Edition, which is finished in black or, optionally, Jet Black metallic. 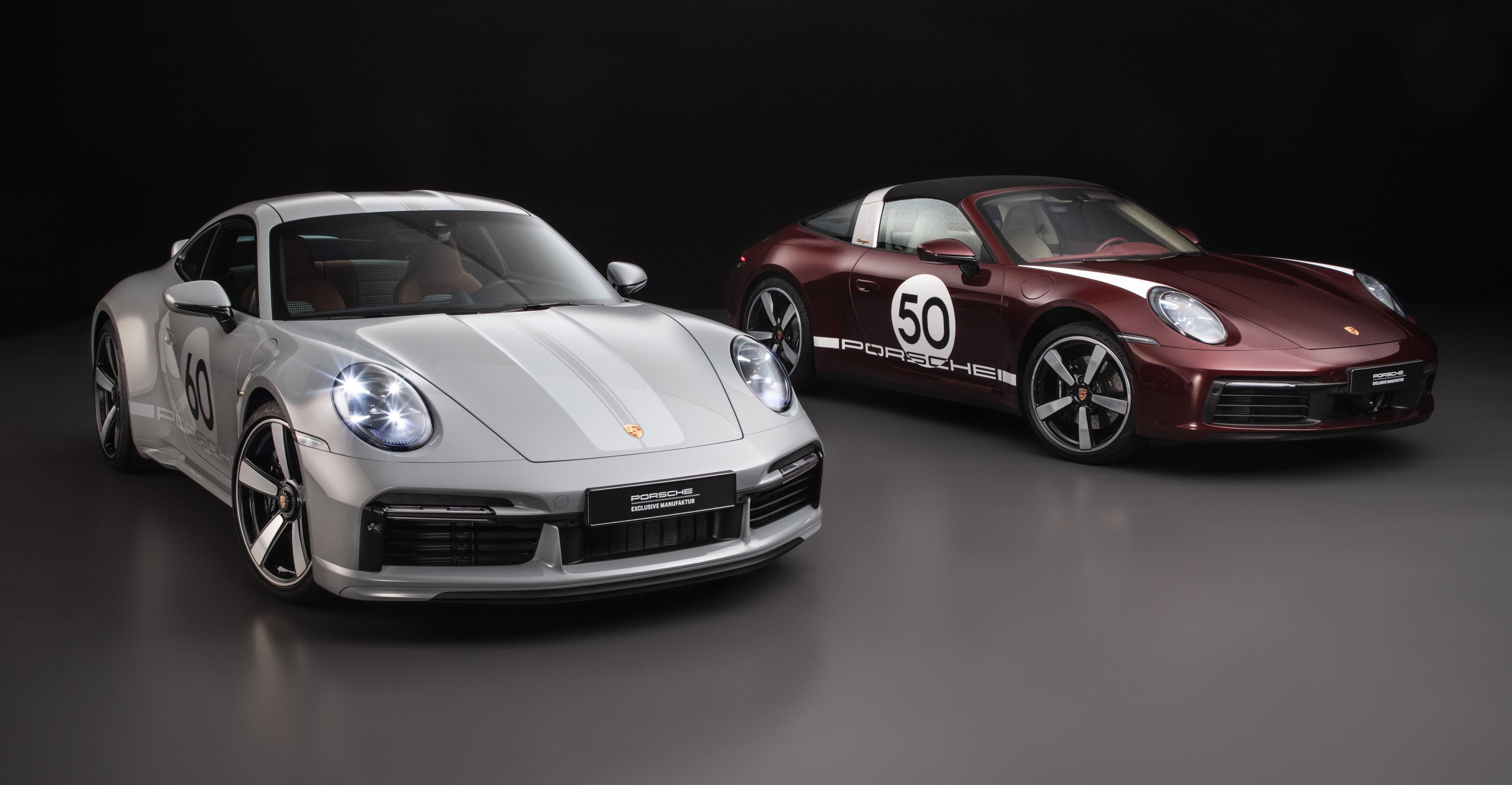 With a price tag nearing $500k, most of us will have to be content to dream.

Based on the contemporary 353kW/570Nm 911 Targa 4 GTS and available in either short-shift 7-speed manual or 8-speed automatic (PDK) guise, the 50th Anniversary Edition incorporates many features and details that pay homage to the iconic designs of Ferdinand Alexander Porsche. It’s also offered with a matching timepiece and retails for $426,000 (before on-road costs).