Does the Mitsubishi Mi-Tech Concept preview the next ASX?

Mitsubishi has a happy conundrum on its corporate hands.

Nearly a decade after its launch in Australia, the ASX small SUV is selling better than ever, leading its class against much newer competition like the Mazda CX-3 and Hyundai Kona, with a combination of affordability, space, ease and reliability. It still looks good too.

This is a dream scenario for any company – a mature product that has long amortised its development costs still bringing in big sales. 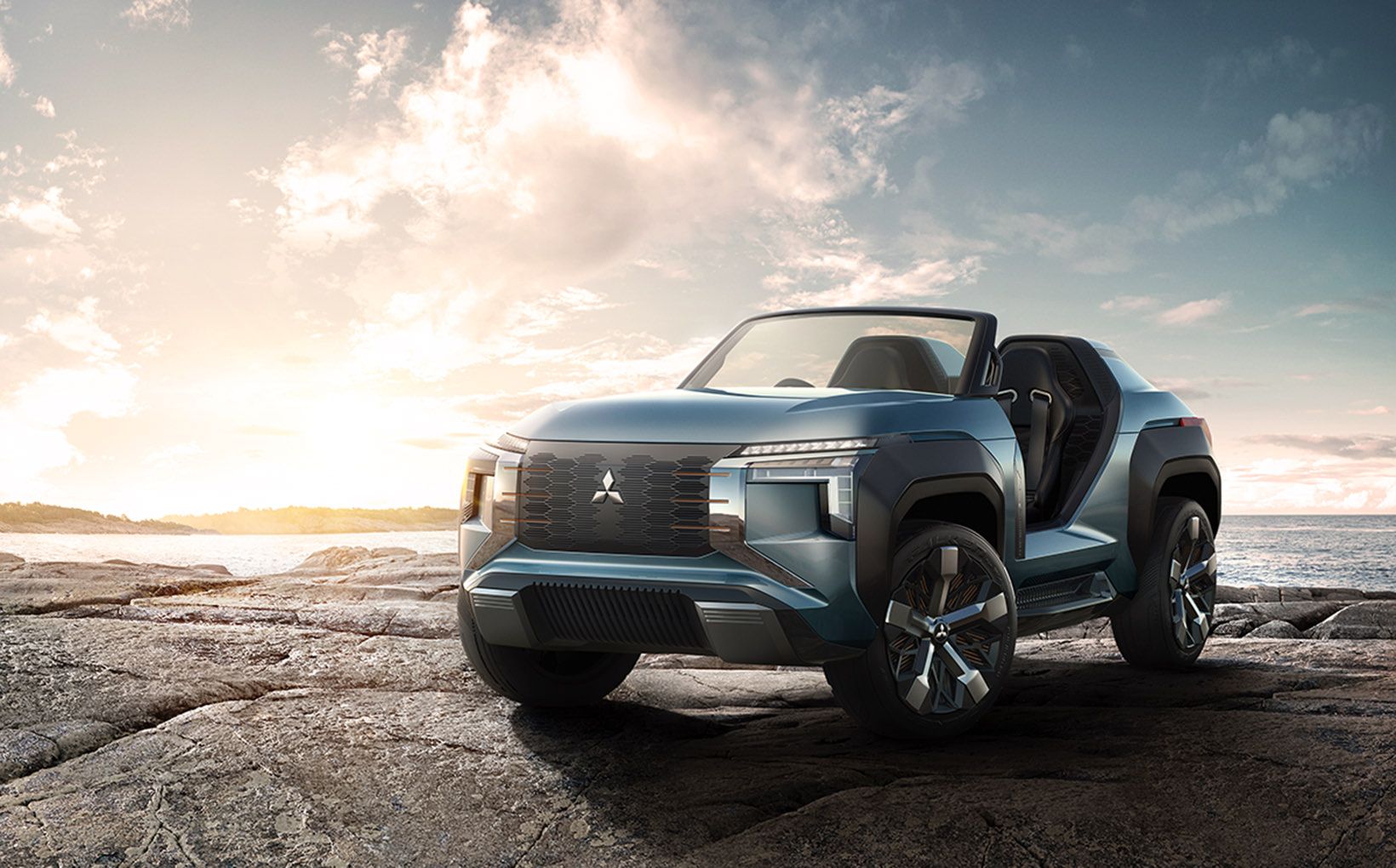 The Mi-Tech’s off-road potential is reinforced by details like aluminium skid plates and large chunky tyres housed within oversized and flared wheelarches.

And not just in this country. As the Outlander Sport in North America and RVR in the home market, the ASX continues to lure buyers in sizeable numbers.

So why should the Japanese brand rush to replace its golden goose?

Well, the answer is that the world is changing fast, with ever-stricter emissions and safety requirements probably forcing Mitsubishi’s hand as hard as any forecast dip in demand due to old age. 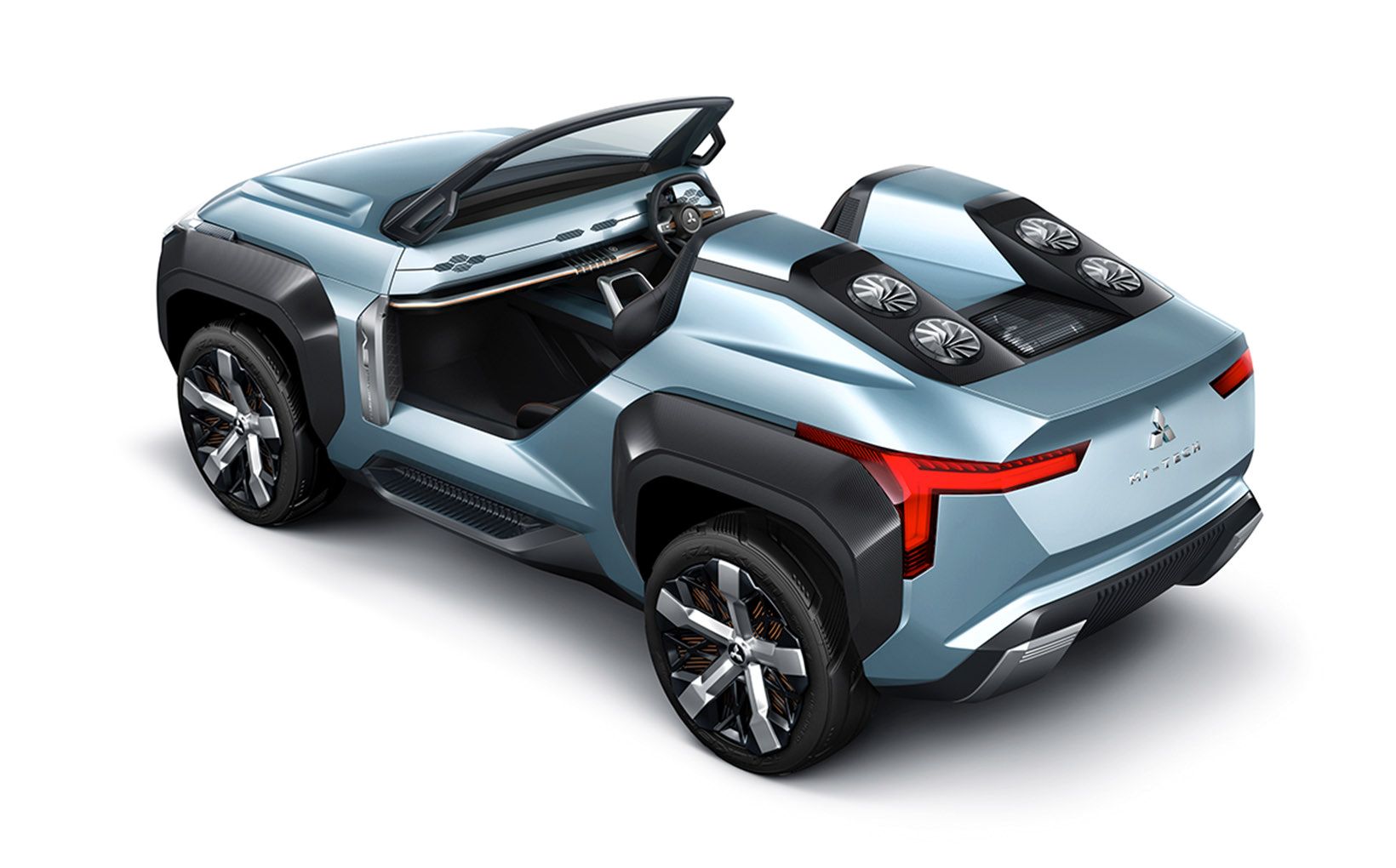 Mitsubishi reckons that the large and bold hexagonal shape of the rear end is designed to emphasise “the robustness of SUV”.

Plus, the competition never stands still and there’s always something new out there ready to take the ASX’s place in the hearts and minds of buyers.

However, given how strongly consumers have responded to the ASX’s understated design – hindsight suggests that, back at its global debut in Tokyo in December 2009, it was well ahead of its time – there must be some sleepless nights over at Mitsubishi HQ as to what the next model will look like.

This most likely explains the importance of an otherwise seemingly frivolous-looking concept vehicle that took centre stage on the Mitsubishi stand at the recent Tokyo Motor Show – the striking Mi-Tech. 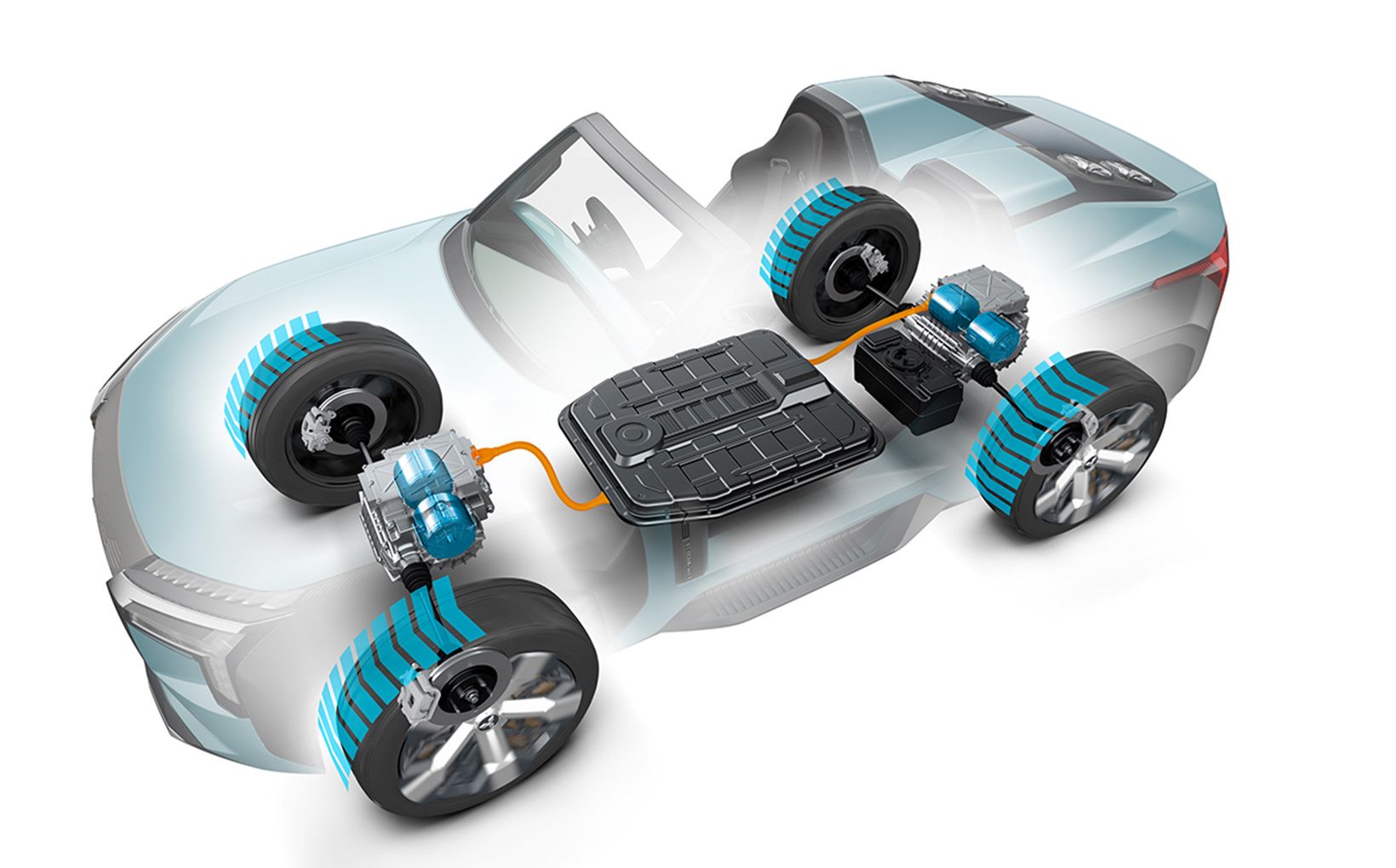 In the past, Mitsubishi has integrated the quad-motor system with its Super All Wheel Control (S-AWC) system, which includes front and rear active yaw control (monitoring steering angle, yaw rate, driving torque, brake pressure, wheel speed and other parameters) for safe and sporty handling.

It sure did attract quite a lot of comment as well as a big crowd, with many dismissing the Mi-Tech’s retro dunebuggy bodywork as an artful flight of fancy.

But, we have it on good authority that the bold front end – featuring the brand’s trademark Dynamic Shield face – as well as muscular haunches and evocative rear turbines, provide some important clues as to what the next-generation ASX may look like when it finally – after about a dozen years – surfaces some time from 2021.

Mitsubishi is also keen to extol the Mi-Tech’s under-the-skin technologies, which is all but certain to include an available plug-in hybrid powertrain as an option to a conventional round of four-cylinder petrol engines. 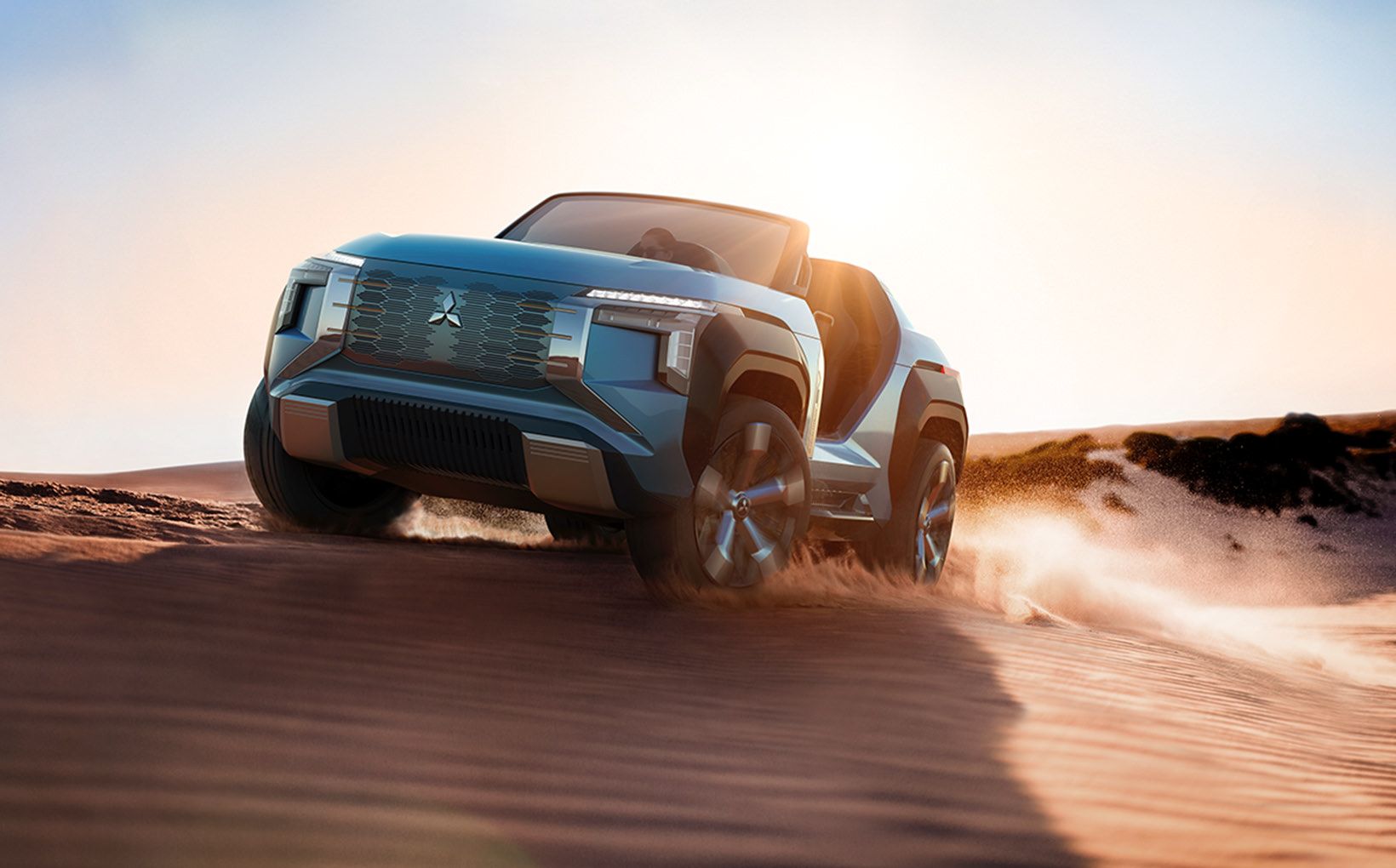 Mitsubishi says the Mi-Tech’s left and right wheels can effectively be counter-rotated to deliver “thrilling new driving experiences such as 180-degree spins”.

After all, Mitsubishi has made quite a name for itself around the world with the also-successful Outlander PHEV Plug-in Electric Vehicle. That model, too, is nearing its time for a major revamp.

“We will be expanding our line-up of electrified vehicles by delivering more variations and leveraging the diverse electrification technology in the alliance (which includes Nissan and Renault) to make MMC the leader in the PHEV category going forward.” 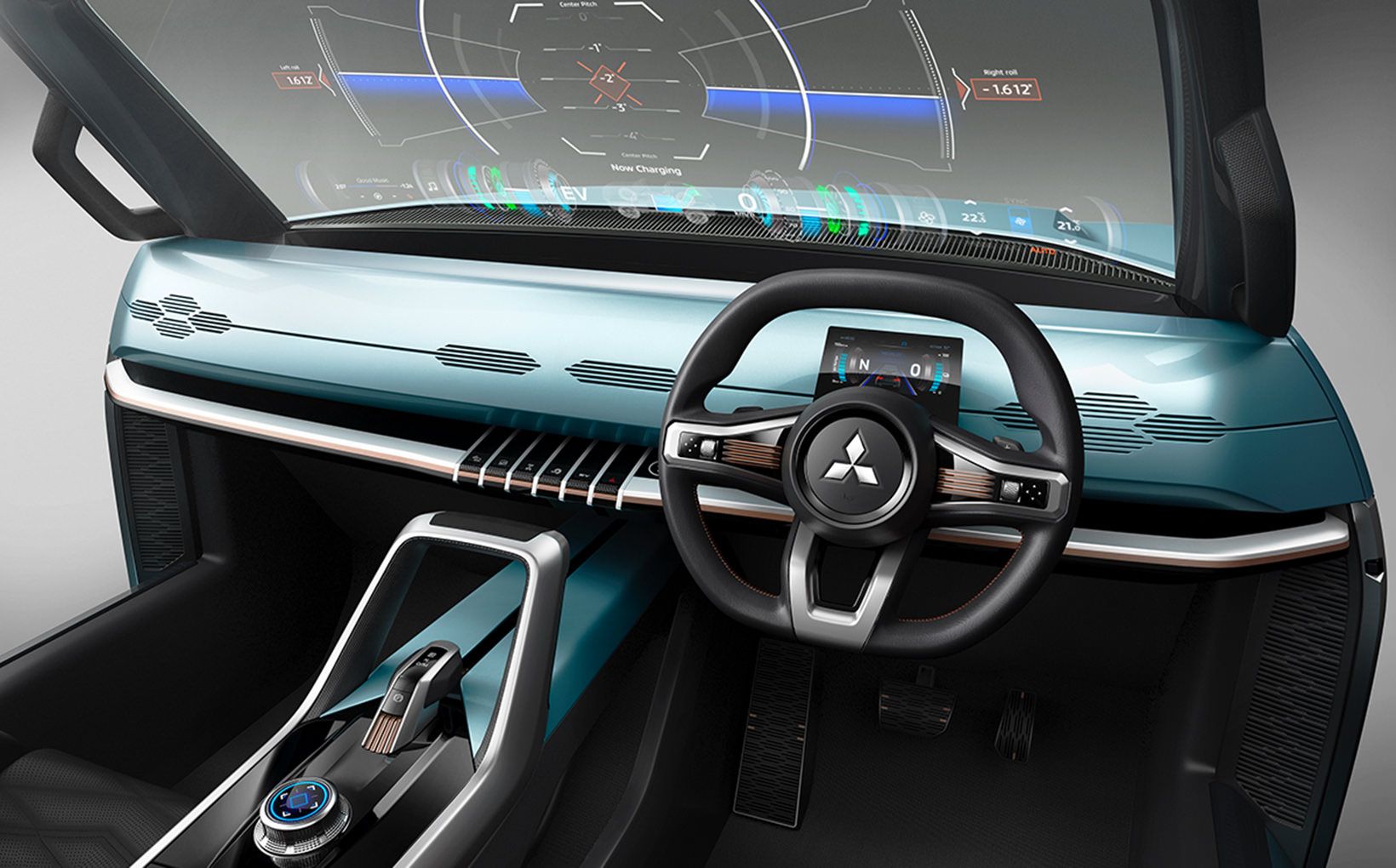 Being an all-new model, the next ASX and Outlander PHEVs are expected to usher in a new type of range-extending plug-in hybrid drivetrain, featuring a compact gas turbine engine-generator in place of a traditional petrol combustion engine.

We reckon the rear turbines are probably there on the Mi-Tech to demonstrate how they might feed air to the rear-mounted engine, which acts as a generator to charge the battery pack under the floor, as per the range extender in models such as the BMW i3 REx.

The battery powers the electric motors, which in the case of the show car, are arranged in a quad-motor set-up – two on each axle, enabling all-wheel drive. Alternatively, the battery can be recharged via plugging it into a wall socket. 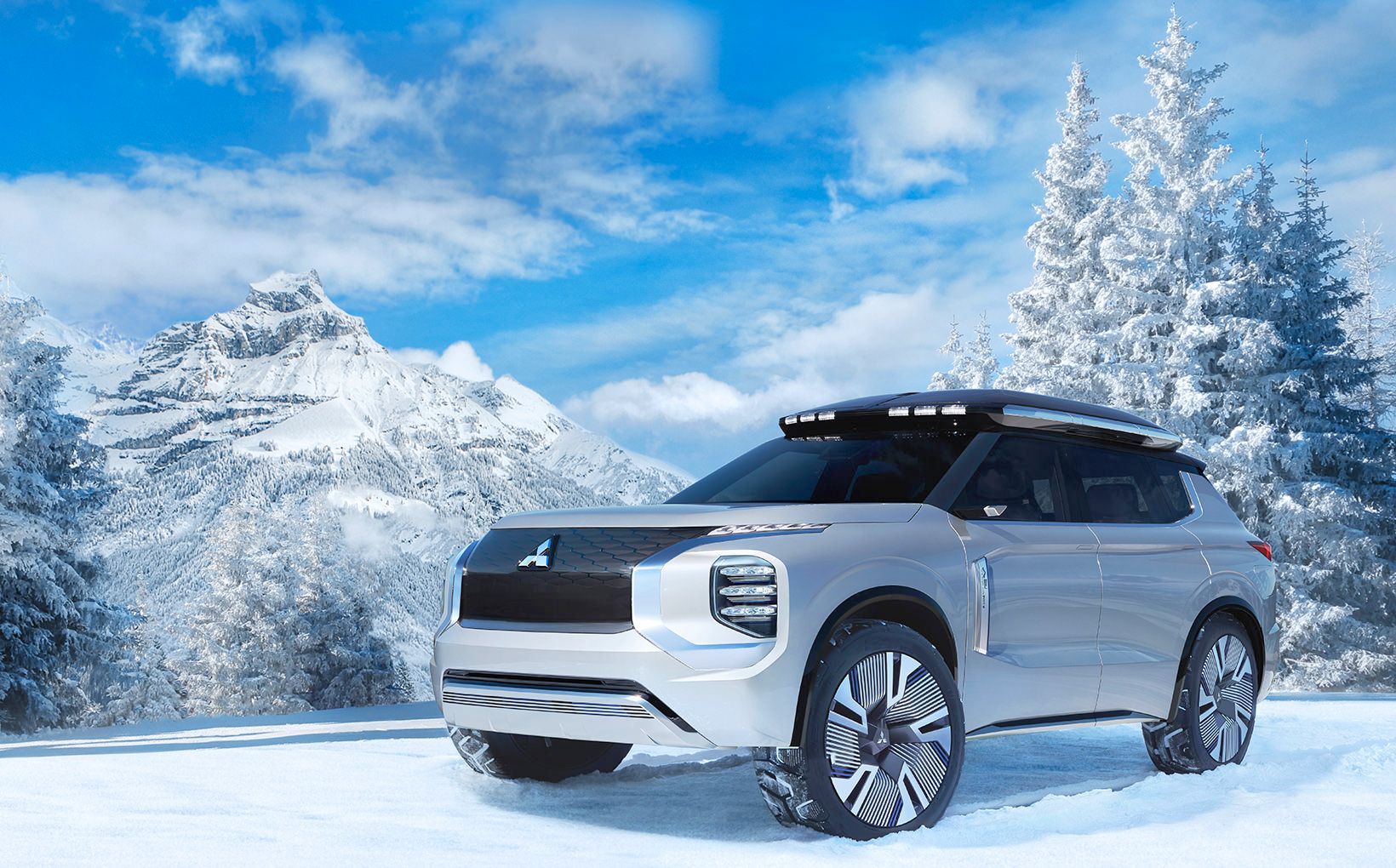 Mitsubishi’s other concept car this year – the strangely-named Engelberg Tourer SUV – is believed to preview the 2022 Outlander.

Note that the engine-generator can operate on several types of fuels besides petrol – including diesel, kerosene and alcohol, according to market.

“As environmental awareness grows and downsizing progresses, the concept explores the technological proposition to plug the PHEV drivetrain into a small SUV,” MMC stated.

Finally, it appears that the next ASX will switch to a variation of one of the new Renault-Nissan-Mitsubishi Alliance platforms that will also underpin models such as the coming Nissan Juke II and Renault Captur, meaning that the small SUV will stay the same or even be a bit smaller dimensionally as to not encroach on the Eclipse Cross released in Australia during 2018. 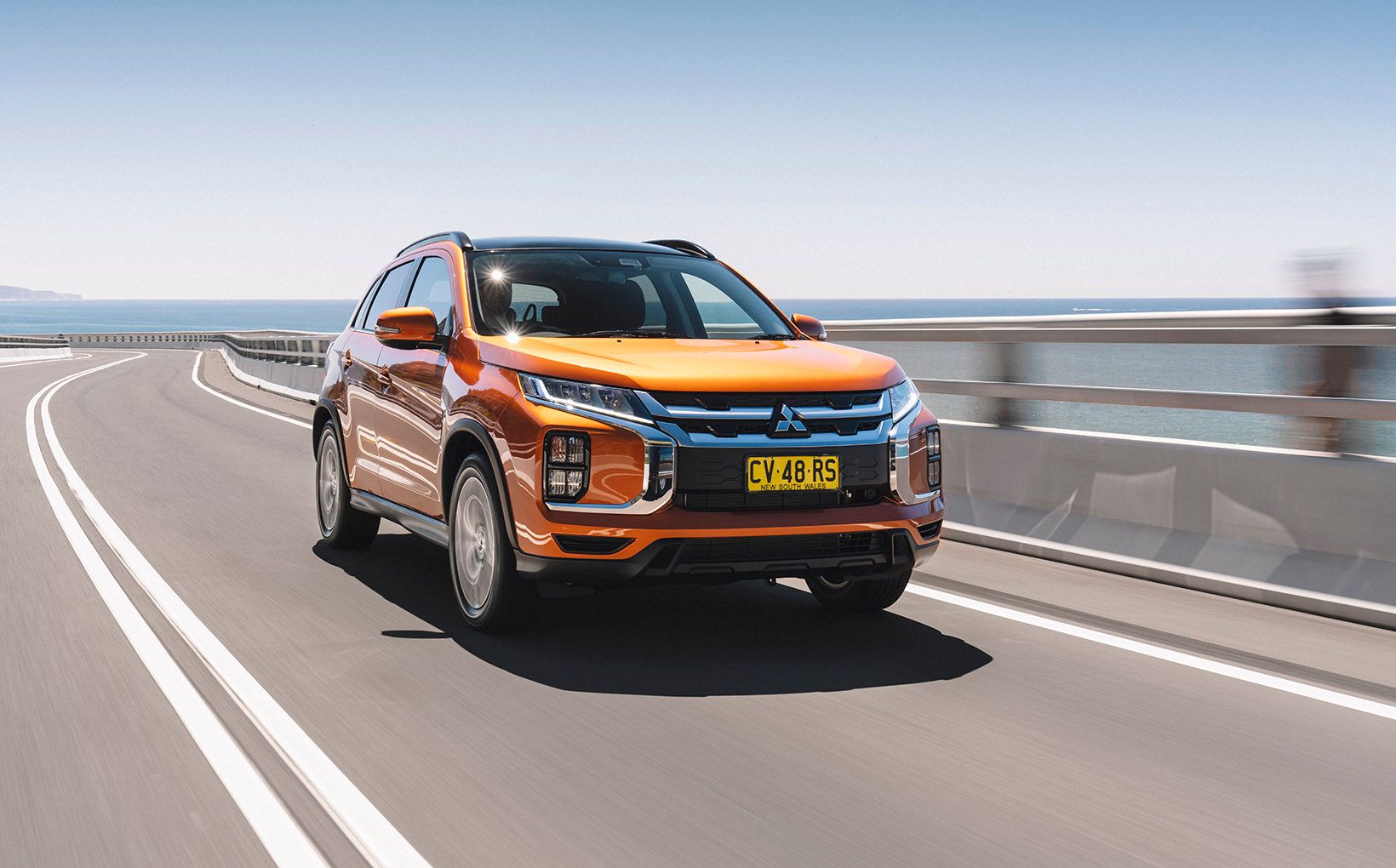 While brandishing a striking redesigned nosecone, updated multimedia, higher standard spec, new sporty variants and an optional 2.4-litre four-cylinder petrol engine, the MY20 ASX is essentially the same as what’s been offered since 2010.

That’s all we know for now, but it’s clear that whatever Mitsubishi is preparing, the next-gen ASX will certainly represent a big step forward for the series.

The question is, will buyers be as enamoured with it? Time will tell…

Protect your Mitsubishi. Call Shannons Insurance on 13 46 46 to get a quote today.