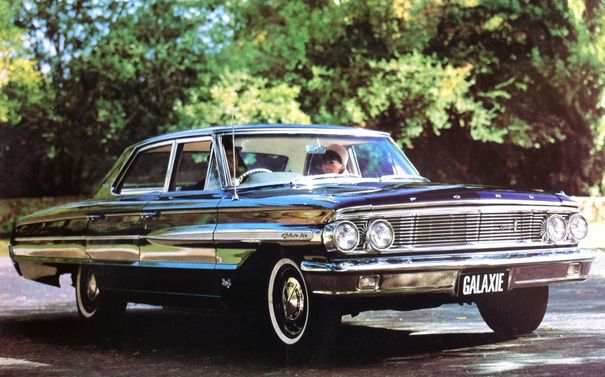 The first Homebush Galaxie in 1964 may have seemed like a brand new model with a brand new name but the 1959 'Tank Fairlane' RHD dash sheet metal is just visible in this photo.

Exactly why Ford Australia waited until 1959 to introduce its first full-sized current US Fairlane 500 model then abandoned the segment in 1961 only to return with the Galaxie in 1964 takes some explaining. The unique 1964-68 Australian Galaxies that followed were often regarded as the benchmarks in the hotly competitive big local prestige car class.

The short story is that Ford’s world in Australia had been turned upside down by 1962 after it became apparent that US development had only left a token durability margin in the Falcon for local conditions.  According to a former Ford Australia president, Ford was left with so many unsold Falcons in 1962 that they had run out of grass in Broadmeadows to store them.