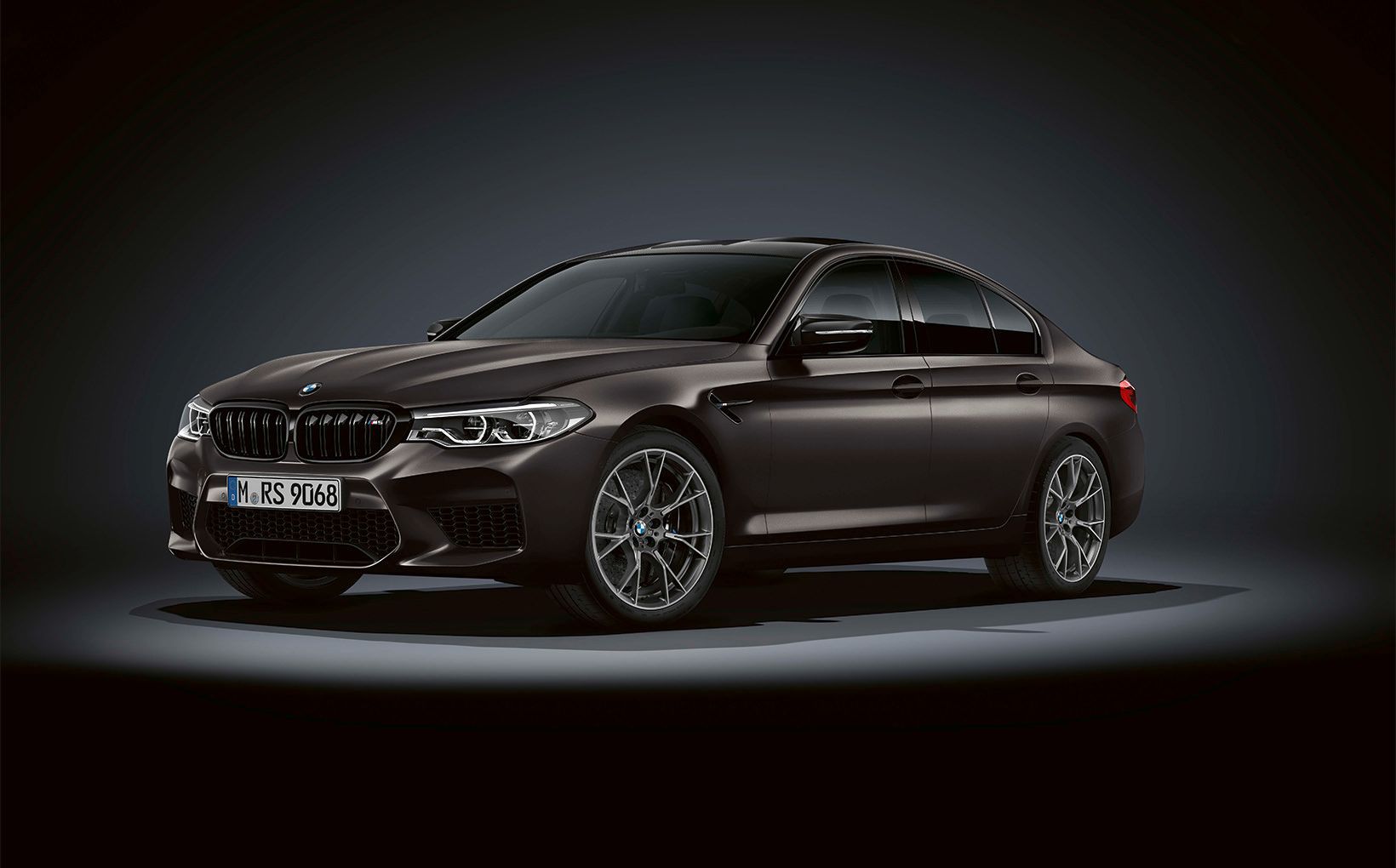 Cast your mind back to 1984. Bruce Springsteen’s Born in the USA was dominating the airwaves, Ghostbusters was selling out theatres and the USSR held a boycott of the Olympic Games in Los Angeles.
It was also the year that BMW’s now-legendary M5 super sedan first launched, based on the second-generation E28 5 Series and featuring a 3.5-litre inline six-cylinder engine derived from the M1 sportscar, tuned to produce 210kW.

Fast-forward to the present day and the Bavarian car-maker has decided to honour the original with the 35 Years Edition, set to be produced in a limited run of just 350 units worldwide.

Just 10 examples of the M5 35 Years Edition will be headed to Australia, with deliveries of the super-exclusive saloon set to begin in December.

Local pricing is yet to be revealed, however customers can fully expect the limited-run model to attract a higher sticker price than the M5 Competition, which asks $229,900 plus on-road costs.

Creators of the 35 Years Edition have raided the BMW Individual options catalogue, helping to create a truly individual look that sets it apart from a ‘regular’ M5 while still retaining its stealthy, understated look. 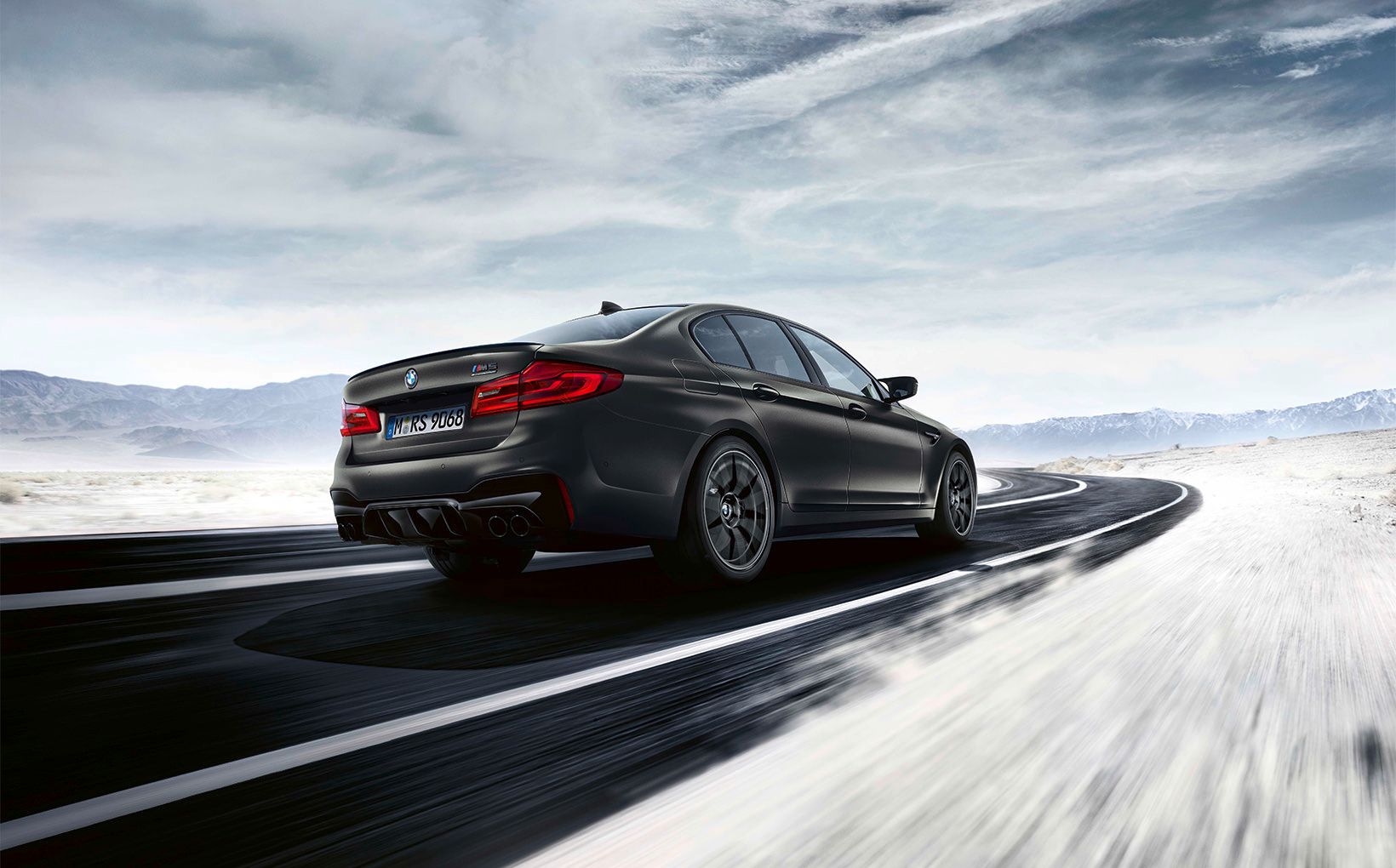 The M5 35 Years Edition is finished in Frozen Dark Grey II metallic paintwork that complements the rest of its darkened highlights.
Unique touches start with the Frozen Dark Grey II metallic paintwork, which BMW says “has a special pigmentation to create a silk matte surface impression” which matches the rest of the 35 Years Edition’s darkened accessories.

The super-sedan rides on bespoke 20-inch alloys finished in Graphite Grey and featuring a Y-spoke design, while the brake callipers have been blacked out – unless the carbon-ceramic stoppers are fitted, in which case gold is your colour of choice.

Gold grabbers don’t come cheap, however – on the M5 Competition BMW asks an extra $16,500 for the uprated stopping power – roughly the same price as an entry-level Skoda Fabia.

Inside, occupants of the anniversary M5 remain comfortable with pews adorned in full black Merino leather upholstery contrasted with beige seams, while the centre console, dashboard and door trims stand out with carbon-structure aluminium trim with a flashy anodised gold finish. 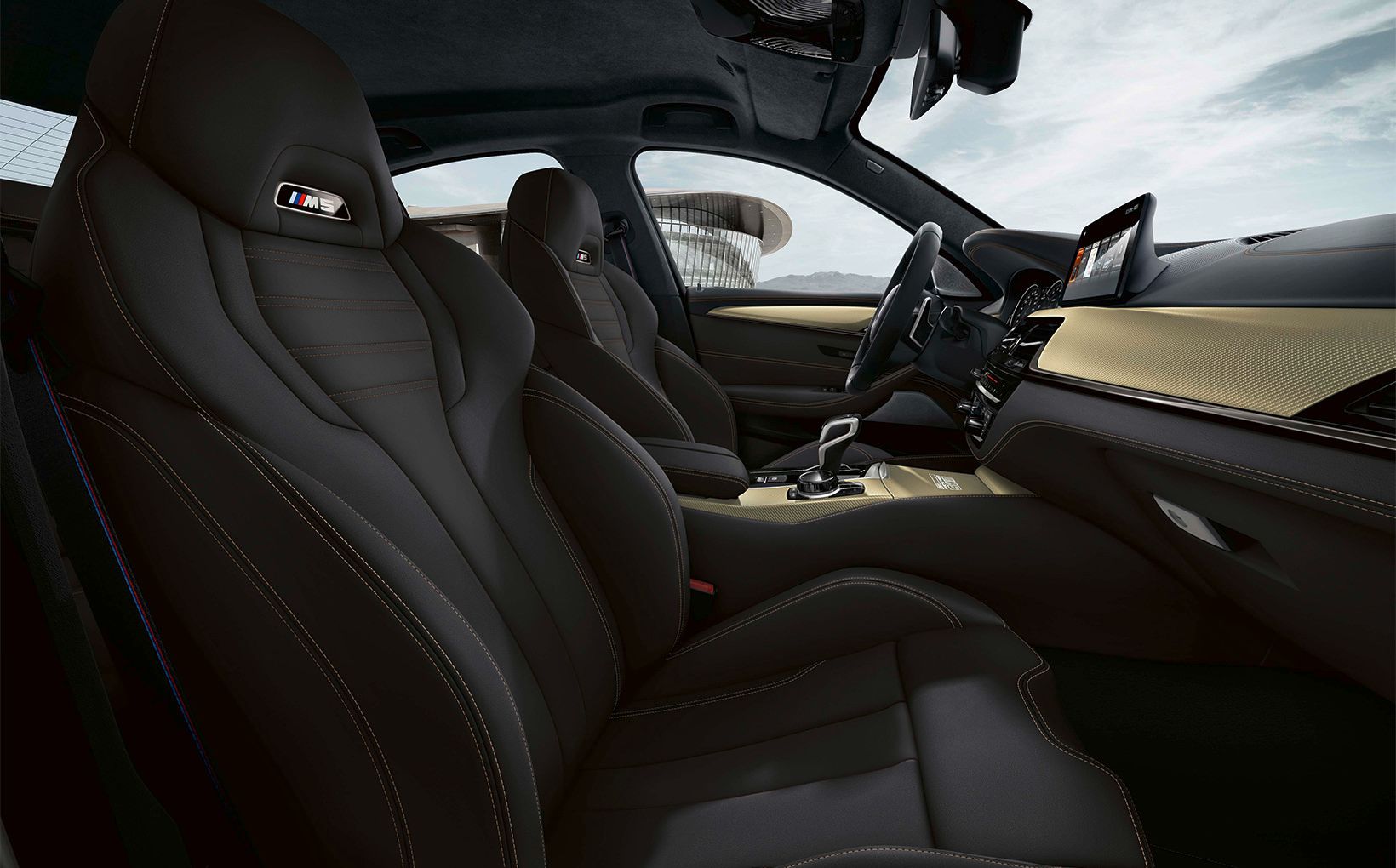 The black leather upholstery of the M5 35 Years Edition is contrasted by slick anodised gold aluminium trim.
For those who may be unaware of the vehicle they are about to enter, the M5’s scuff plates are finished with ‘M5 Edition 35 Jahre’ lettering, while on the cupholder, a build plate has been installed, engraved with the same lettering as well as the car’s build number out of 350.

Mechanically, the 35 Years Edition carries over the same equipment as the top-spec M5 Competition, including its brutal 4.4-litre twin-turbo V8 capable of punching out a fearsome 460kW at 6000rpm and 750Nm of grunt from 1800-5860rpm.

All those horses are channelled to the ground via an eight-speed ZF automatic transmission, while BMW’s rear-biased xDrive all-paw system makes sure every one of the 750Nm finds their way onto the road. 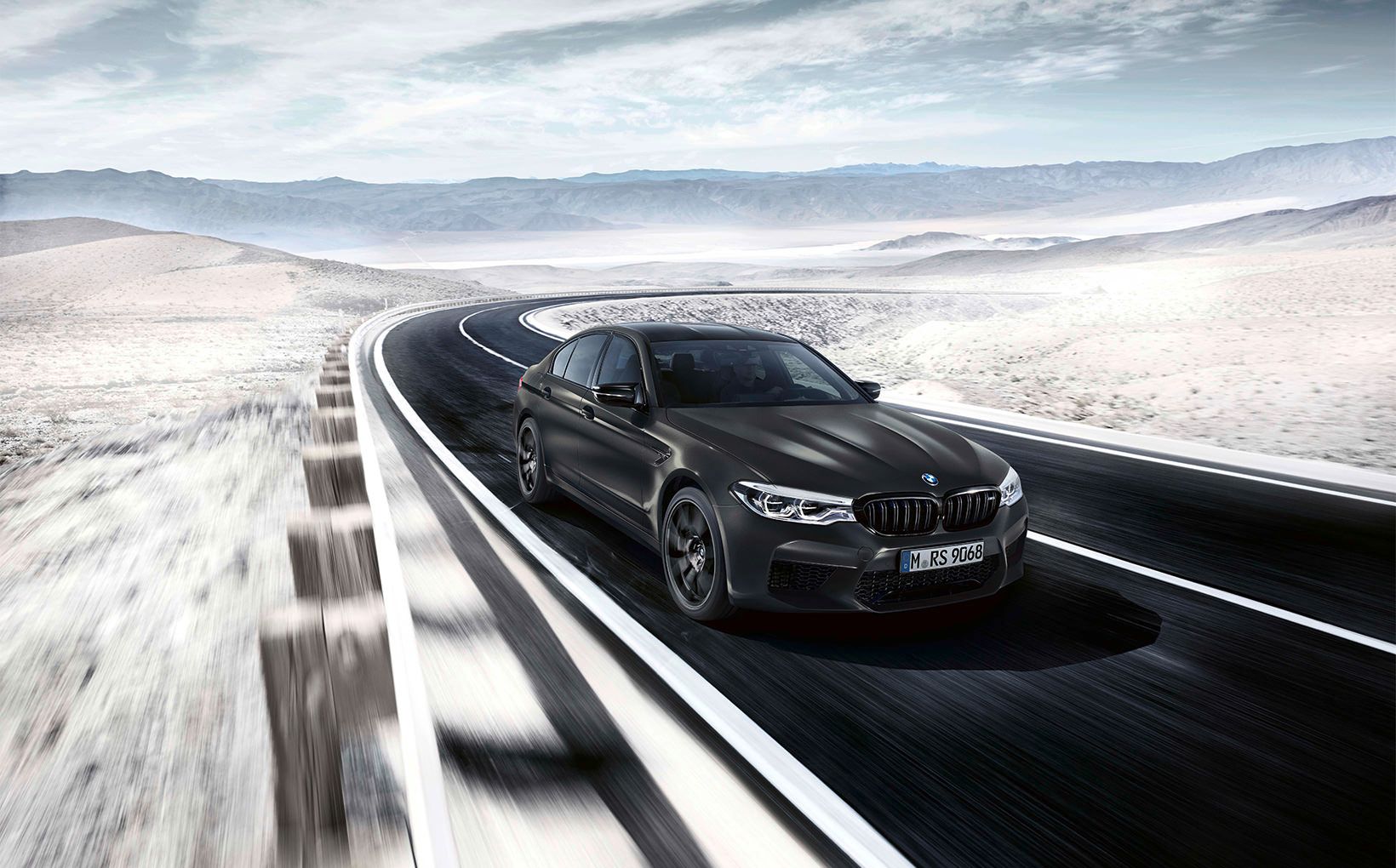 Like the M5 Competition, the 35 Years Edition also features a 7mm lower ride height and increased negative camber in the front wheels when compared with the ‘regular’ M5.

This is not the first time BMW has celebrated the anniversary of its key models – an M5 30 Jahre Edition was released (you guessed it) five years ago, with a 441kW/700Nm version of the existing 4.4-litre V8 and a number of subtle visual tweaks that differentiated it from the normal production F10 version. 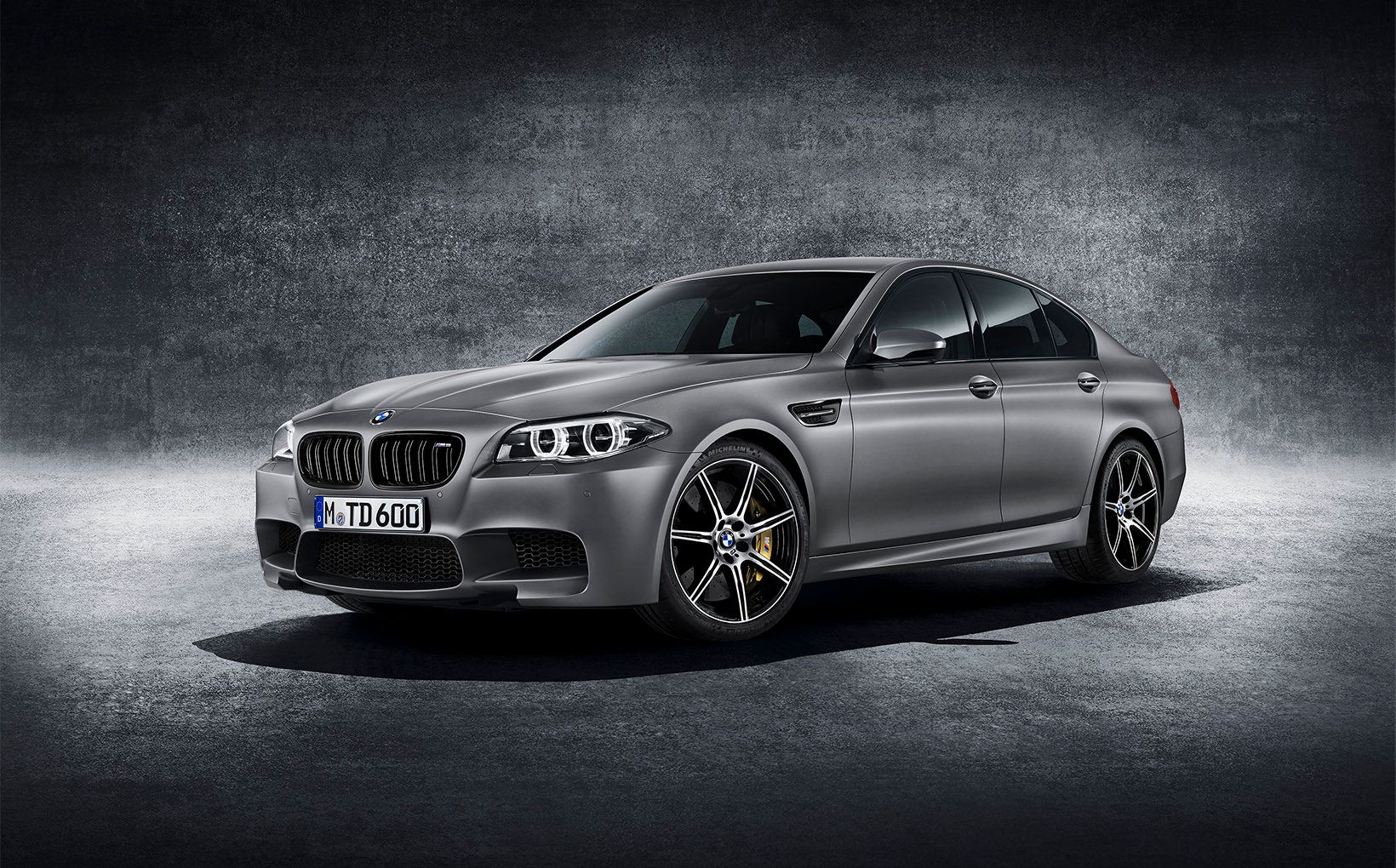 A 30th anniversary M5 was released in 2014, featuring a bump in power from its V8 engine and similar styling changes to the 35 Years Edition.
As mentioned earlier, the first M5 materialised in 1984, marking the first vehicle from BMW’s passenger car stable to be tweaked with full-fat M performance upgrades.

The second M5 first debuted in 1988 with the E34 generation, which also featured a 3.5-litre straight six with an output of 232kW, which was bumped up to 250kW later in the model’s life cycle.

For the E39 M5 released in 1998, BMW made the move from an inline six-pot engine to a V8 for the first time – namely a 4.9-litre free-breathing motor capable of punching out 294kW at 6600rpm and 500Nm at 3800rpm. It was also the first M5 to feature quad-exit tailpipes, giving passers-by a hint as to the performance credentials underneath. 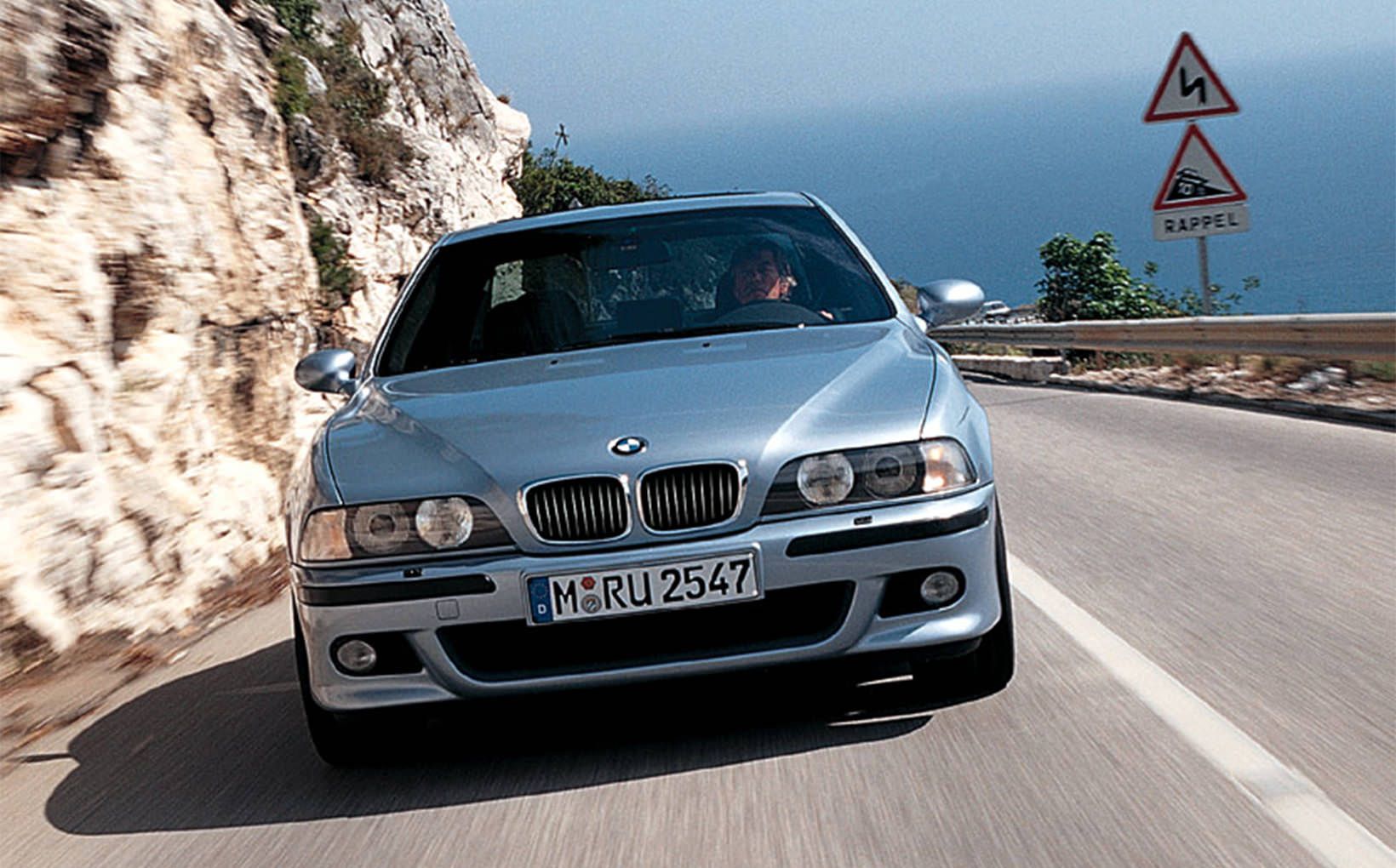 One of the most well-regarded M5 generations was the E39 model with its 4.9-litre naturally aspirated V8 engine and tough, but subdued styling.
Probably the most controversial M5 to date, the Chris Bangle-styled E60 generation received mixed reviews for its design, but almost all who drove it fell in love with its intoxicating 5.0-litre V10 engine, which screamed all the way to 8000rpm and punched out 373kW/520Nm – a significant lift in power over its predecessor.

The most recent version was the F10 generation that had a production run from 2011 to 2016, and the twin-turbo 4.4-litre V8 marked the first time an M5 powerplant featured forced induction.

In standard guise the fifth-gen M5 produced 412kW/690Nm, which was boosted to 423kW with the addition of the hi-po Competition package. 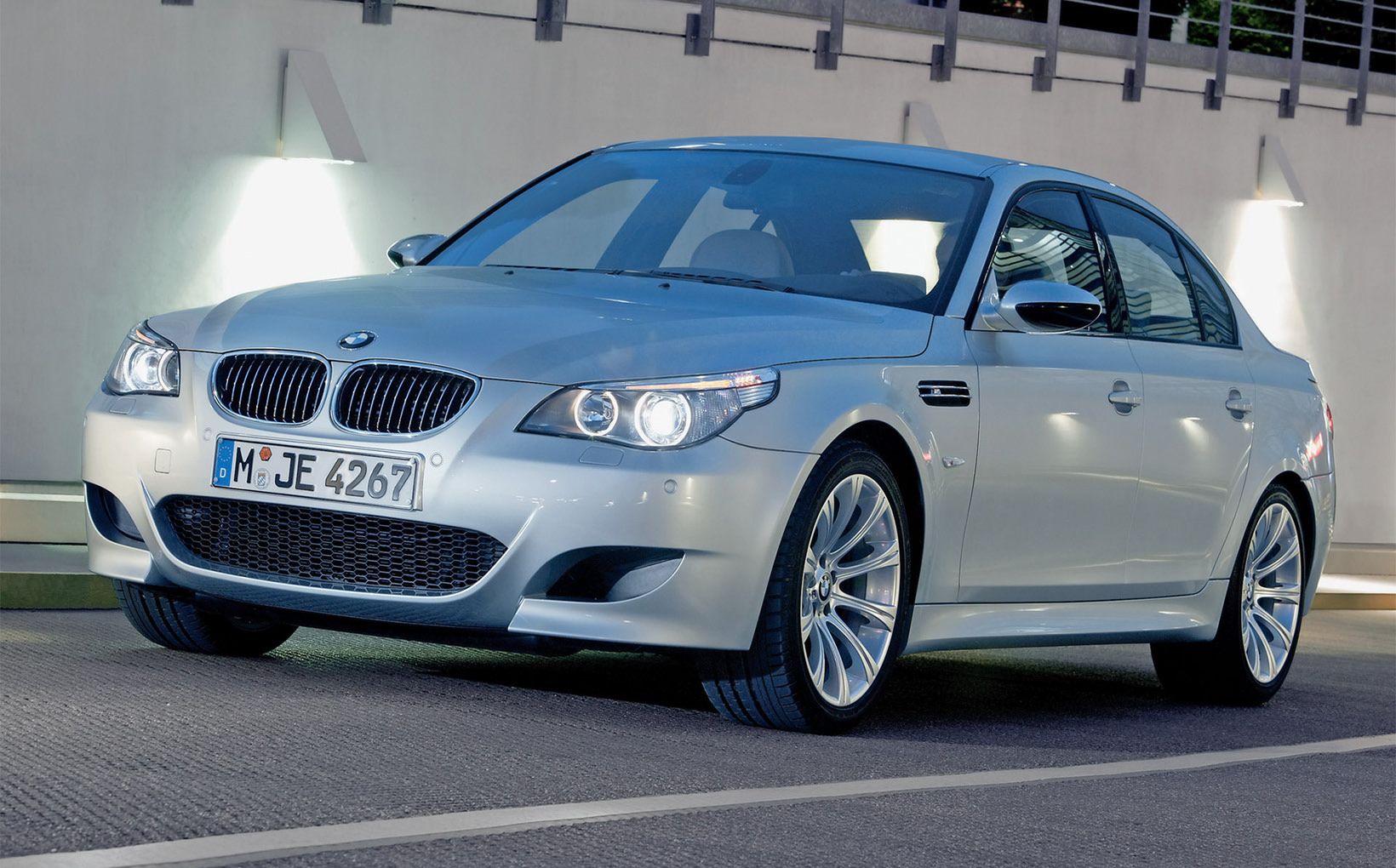 The E60 M5 may feature the most iconic M5 engine of all time – a high-revving 5.0-litre free-breathing V10.

With such a storied history, it is no surprise BMW has decided to honour the M5 with the 35 Years Edition. If you’ve missed out on one of the 10 editions coming to Australia, you may have to wait until 2024, when the 40th anniversary of the storied super sedan rolls around.