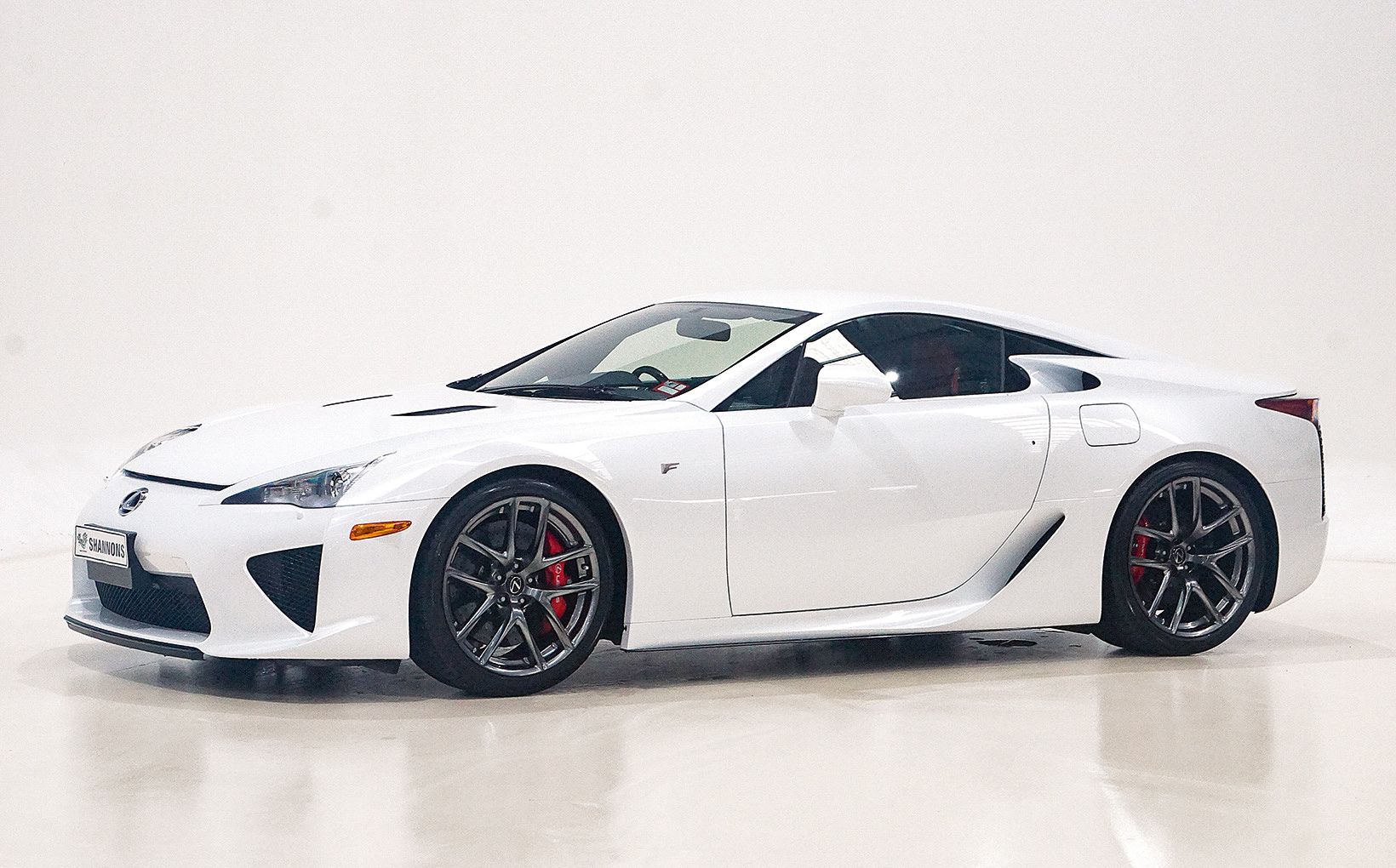 The top-shelf British, American, Japanese and Australian classic cars and motorcycles in Shannons current timed, online auction that closes on August 9 are already the focus of enthusiasts and collectors around the world.

Amongst the standout vehicles in the auction are eight elegant Bentley and Rolls-Royce models dating from 1923-1996, including a fabulous 1925 Bentley 3 Litre 'Speed Model' Red Label Tourer that would be the pride of many collectors’ garages.

Ticking all the boxes, the rare vintage Bentley is an older restoration presented in lovely condition that is expected to command a selling price in the $330,000-$380,000 range.

Scoring top marks for rarity is a 2012 Lexus LFA – one of just 10 of the super-desirable 4.8-litre V10-engined Japanese coupes delivered to Australia and one of just 500 built for the world market as a global icon for the Lexus brand.

Originally priced new in Australia at $750,000, it was showing just 5,180km on its odometer at the time of cataloguing and is expected to sell for up to $1.3 million. 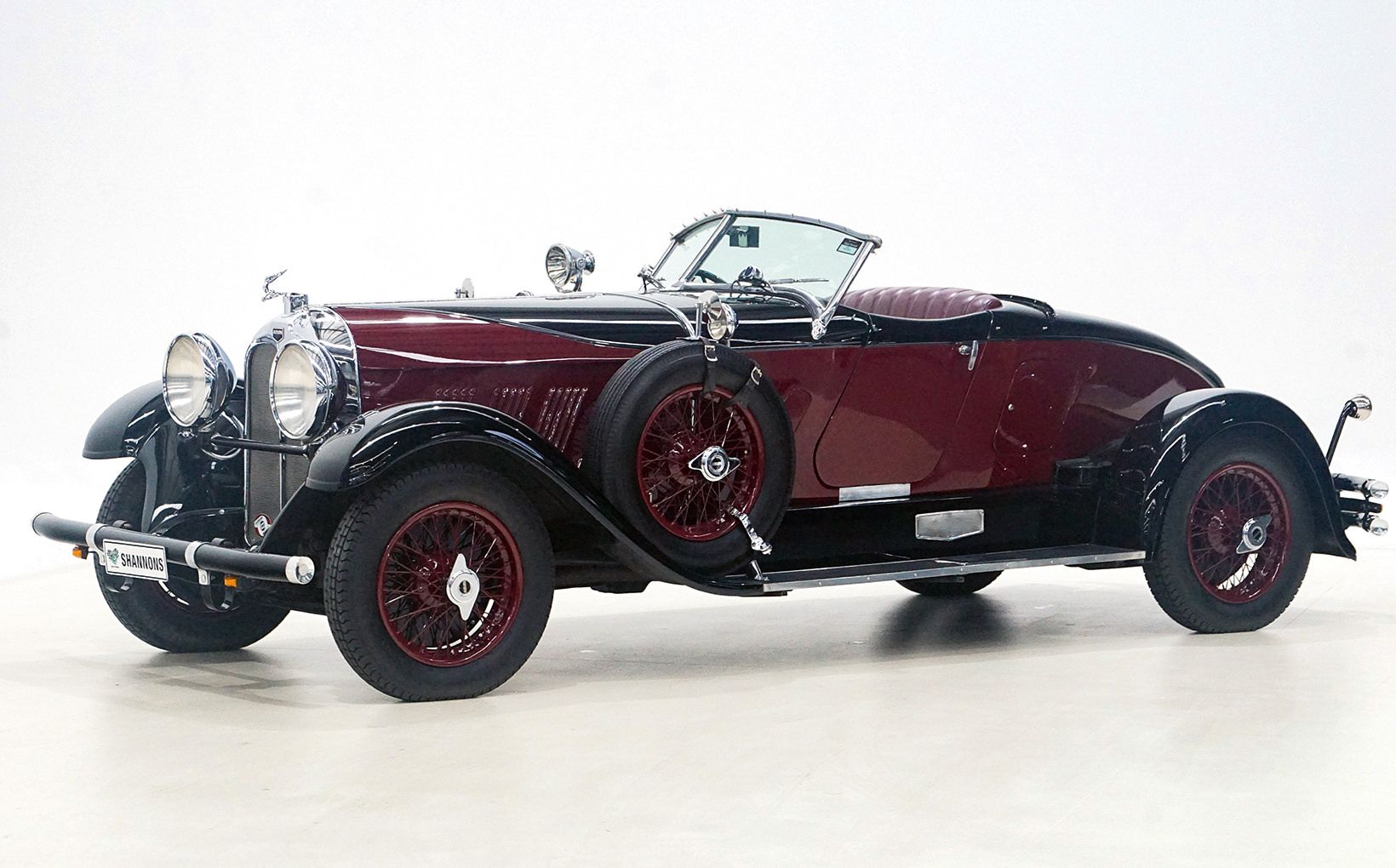 From the USA, one of the standout vehicles is a 1928 Auburn 8-115 Boat Tail Speedster. This superbly restored classic that was purchased from a deceased estate 10 years ago, has a fully reconditioned 4.8 litre Lycoming V8 that has covered about 3,500 miles since being fully reconditioned.

This former Motorclassica Concours finalist, is one of very few know examples in Australia and is expected to appeal to the most discerning of collectors, with expectations it will sell for $180,000-$200,000. 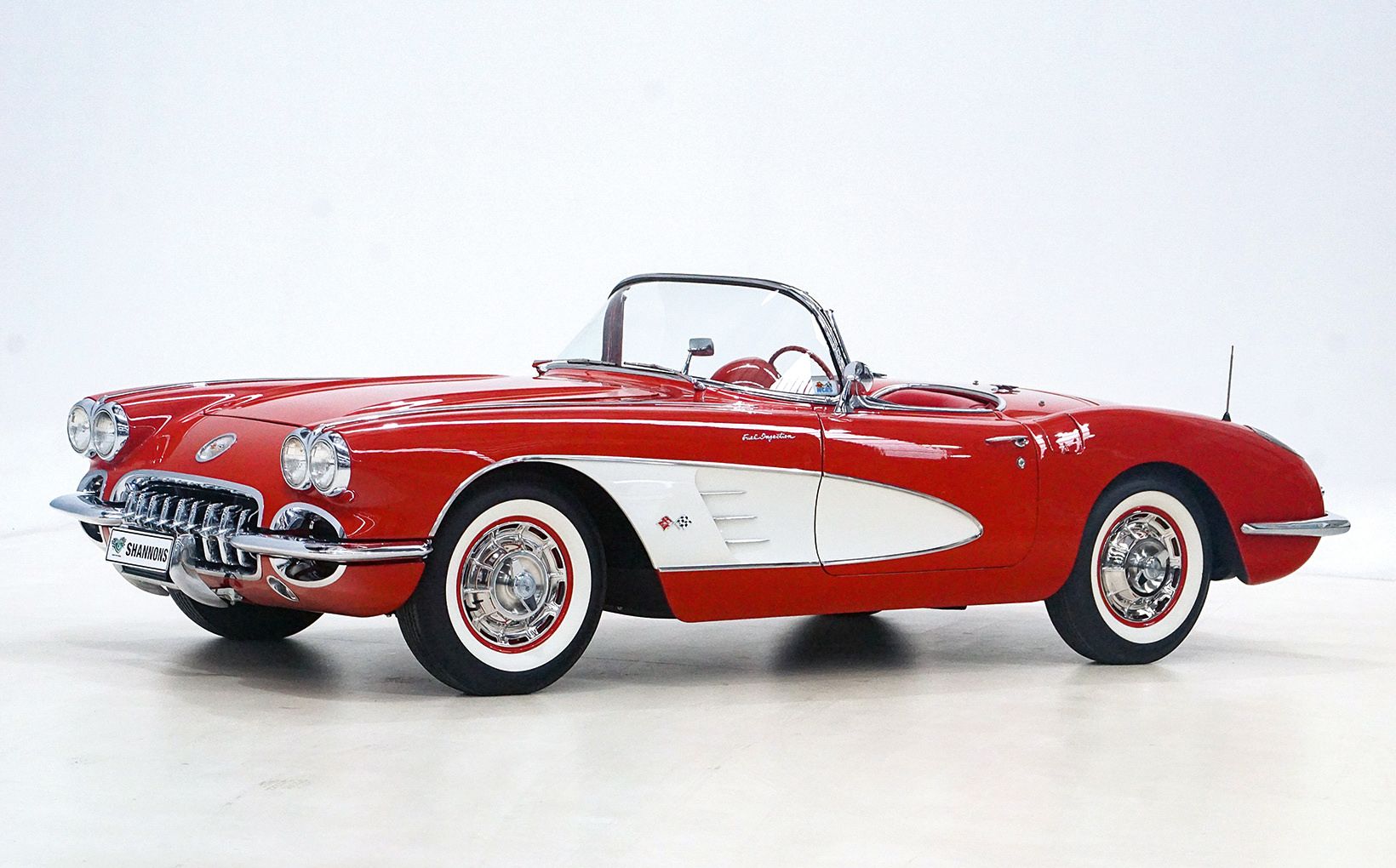 Also emanating from the USA is a rare right hand drive 1919 Cadillac Type 57 Sedan with an interesting history – one of very few early Cadillacs in Australia – that is understood to have been built for the Governor of Mauritius.

An older restoration, with original factory seven-seater sedan coachwork fitted with rear jump seats and twin spares, the Cadillac has benefitted from $50,000 invested in keeping it in good working order and is only being offered for sale because health issues have prevented its vendor from driving it in recent years. Offered with ‘no reserve, the Cadillac is expected to sell in the $50,000-$70,000 range. 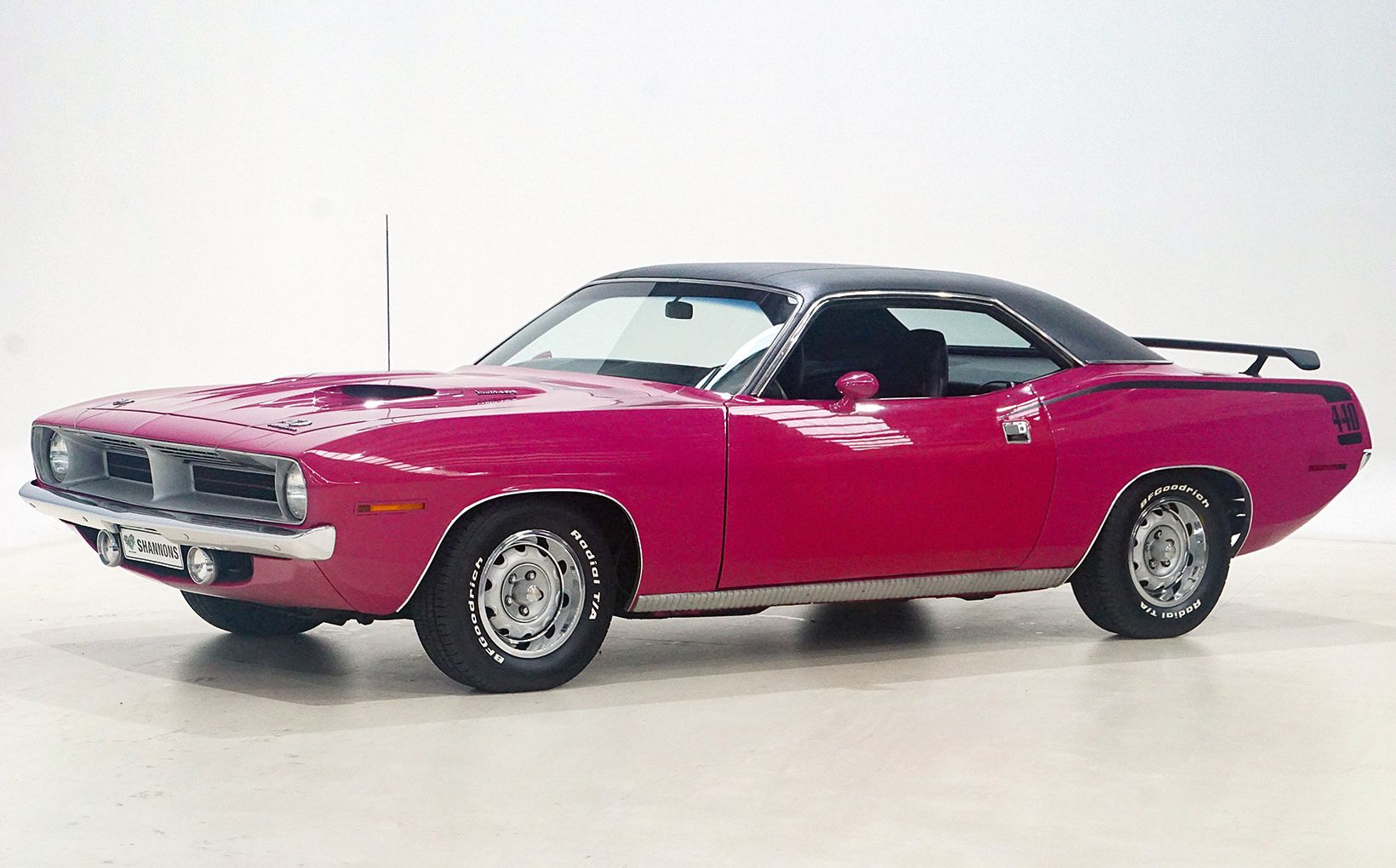 This 1970 Plymouth Barracuda coupe equipped with the 440ci 6 Pack V8 engine that is expected to sell for $90,000-$120,000 is already one of the most popular vehicles in Shannons current Timed Online Winter Auction.

The Barracuda has already shown itself to be one of the most desirable cars in the auction and by the half-way stage in the auction had already attracted 46 bids. 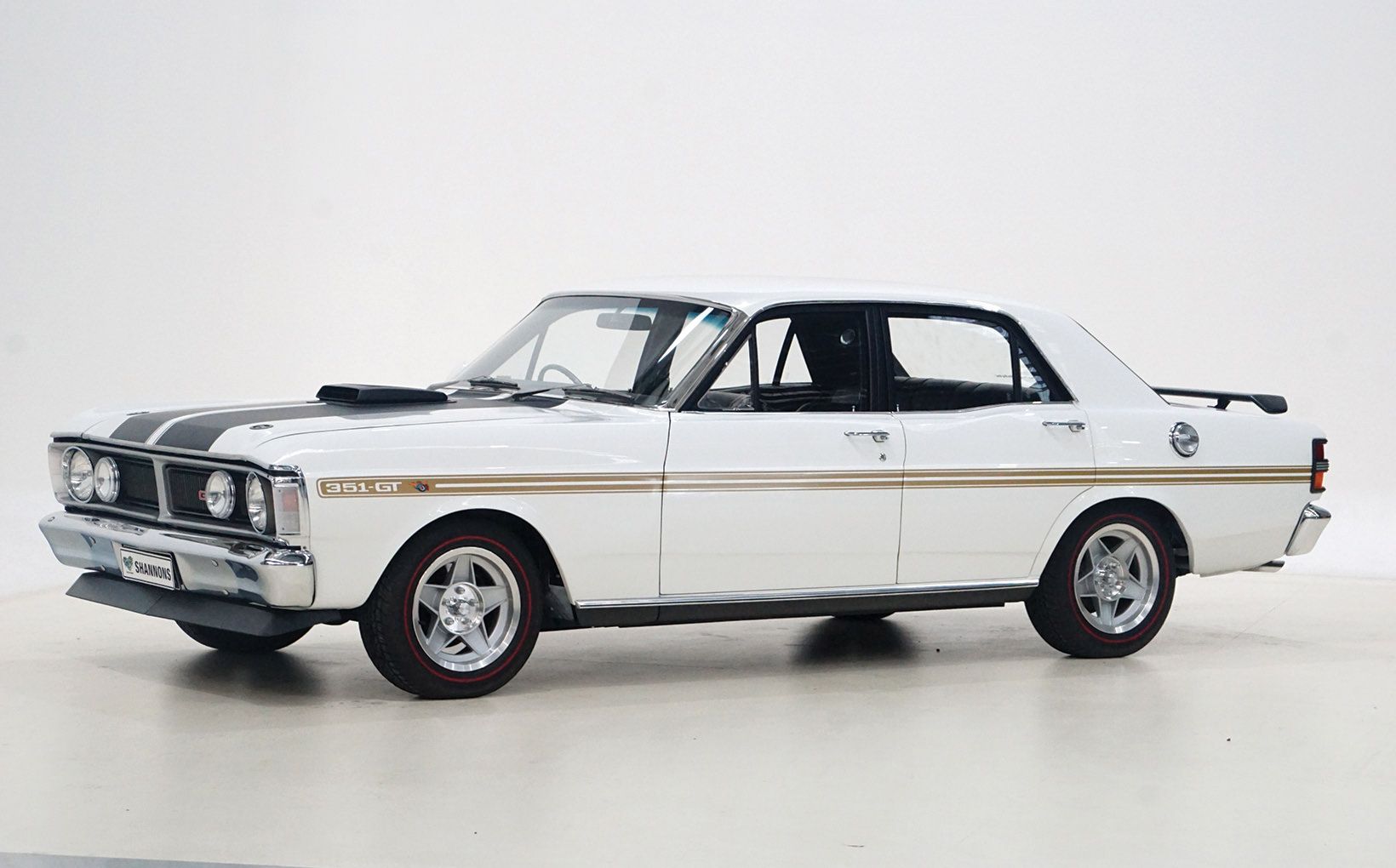 The top Australian entries in the auction all come from the 1970s including two hero cars from Ford and Holden, namely a 1971 XY Falcon GT-HO Phase III sedan that has had a compete nut and bolt restoration (offered with no reserve at $600,000-$700,000) and a freshly restored 1977 Holden LX Torana A9X Sedan ($360,000-$400,00). Combining exceptional provenance with a fabulous restoration, Peter Brock’s 1974 Australian Touring Car Championship-winning LJ Torana GTR XU-1 is expected to bring $900,000-$1.2 million. 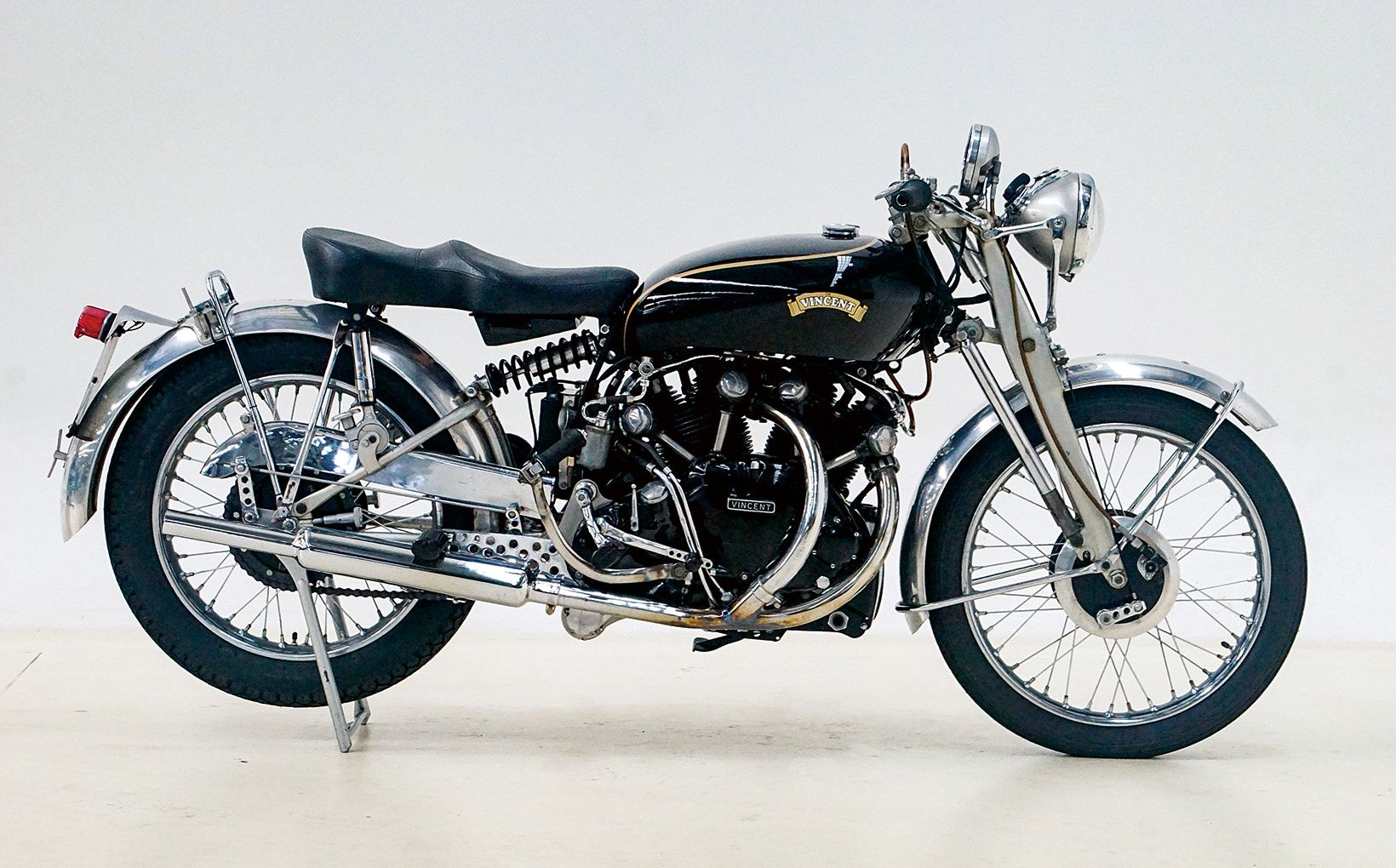 Of the 38 motorcycles in the auction, all eyes will be on the globally-significant circa-1952 Vincent Rapide Fritz Egli ‘Black Shadow’ Special C-Series 1000cc, named after famous Swiss motorcycle manufacturer and tuner Fritz Egli who was at the forefront of Vincent tuning for more than 50 years.

Today, Rapides, and their Black Shadow offshoots have attained cult status among motorcycle fans and survivors are sought after by collectors the world over, with this well-presented example expected to attract bids in the $160,000-$200,000 range.

For enthusiasts of American motorcycle, four classic Harleys (including a rare XLCR Cafe Racer) and two Indians are also in the auction. 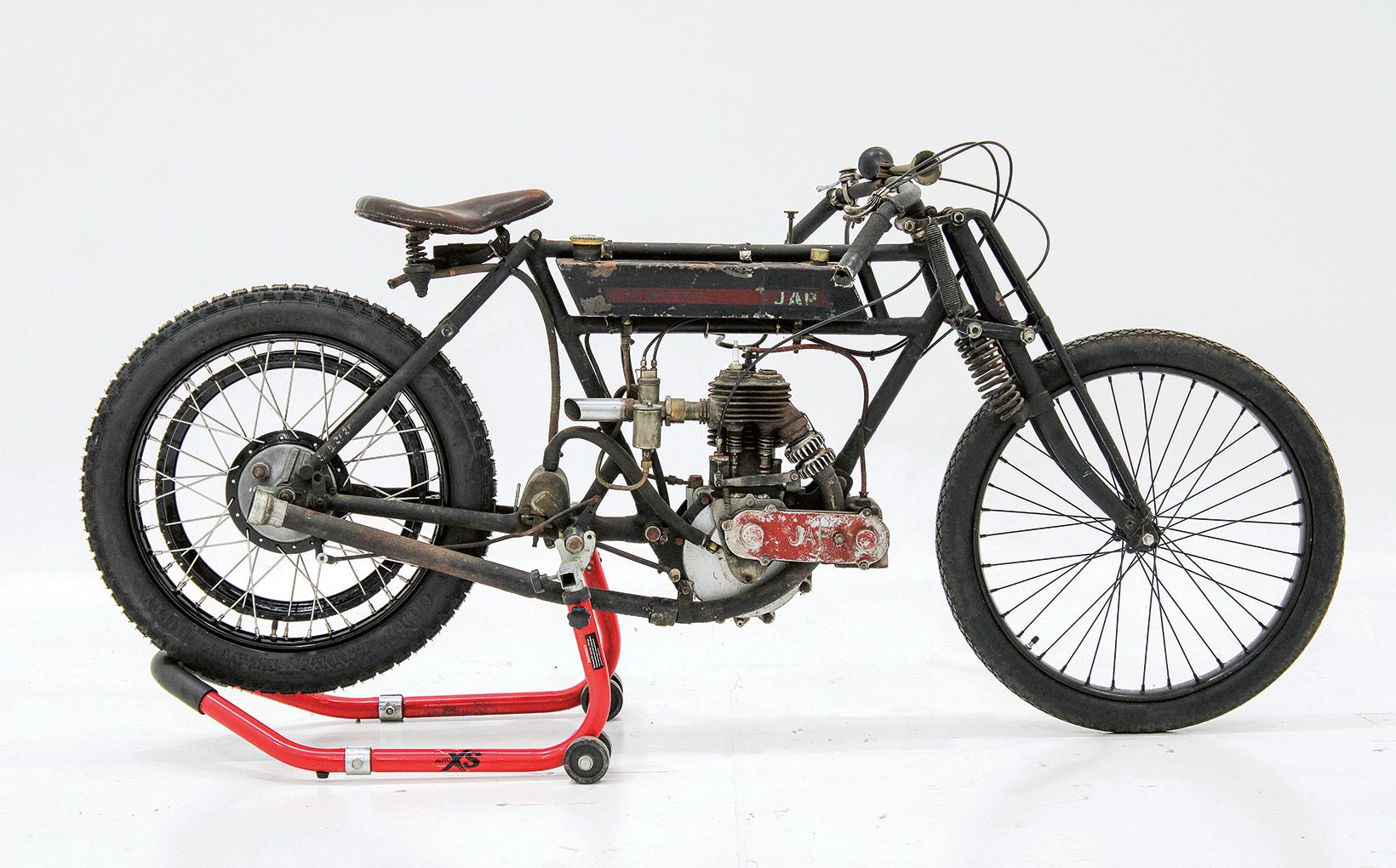 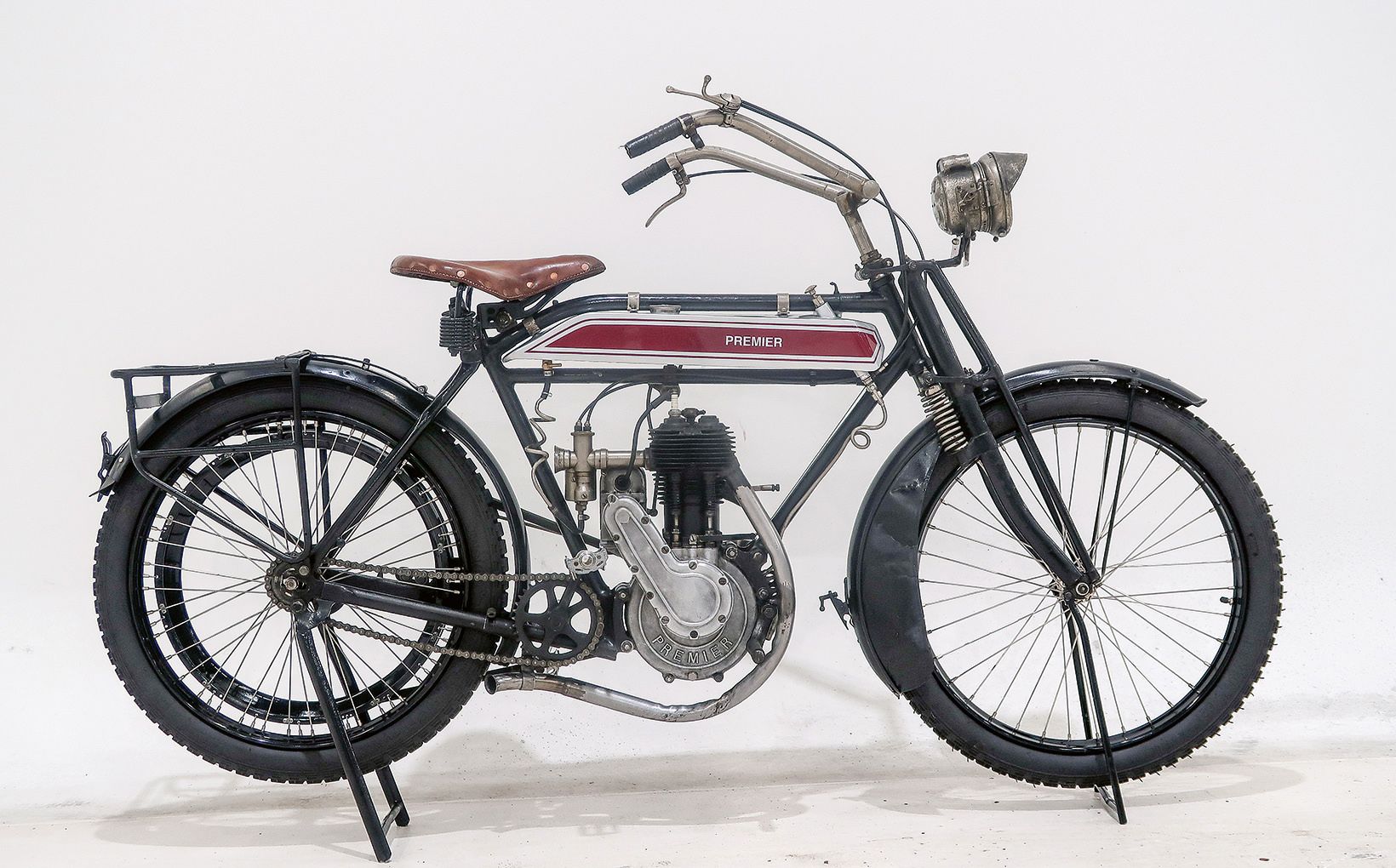 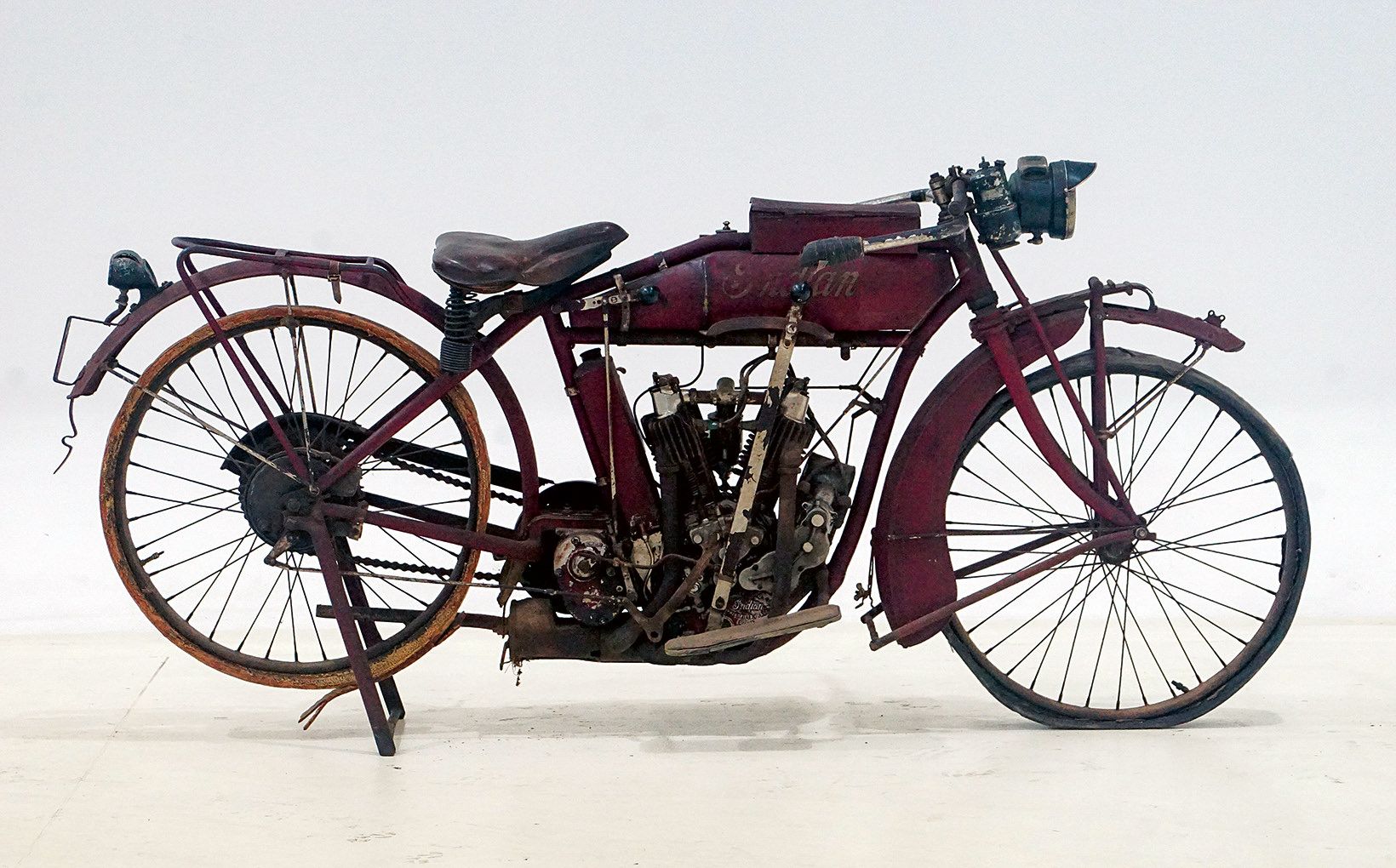 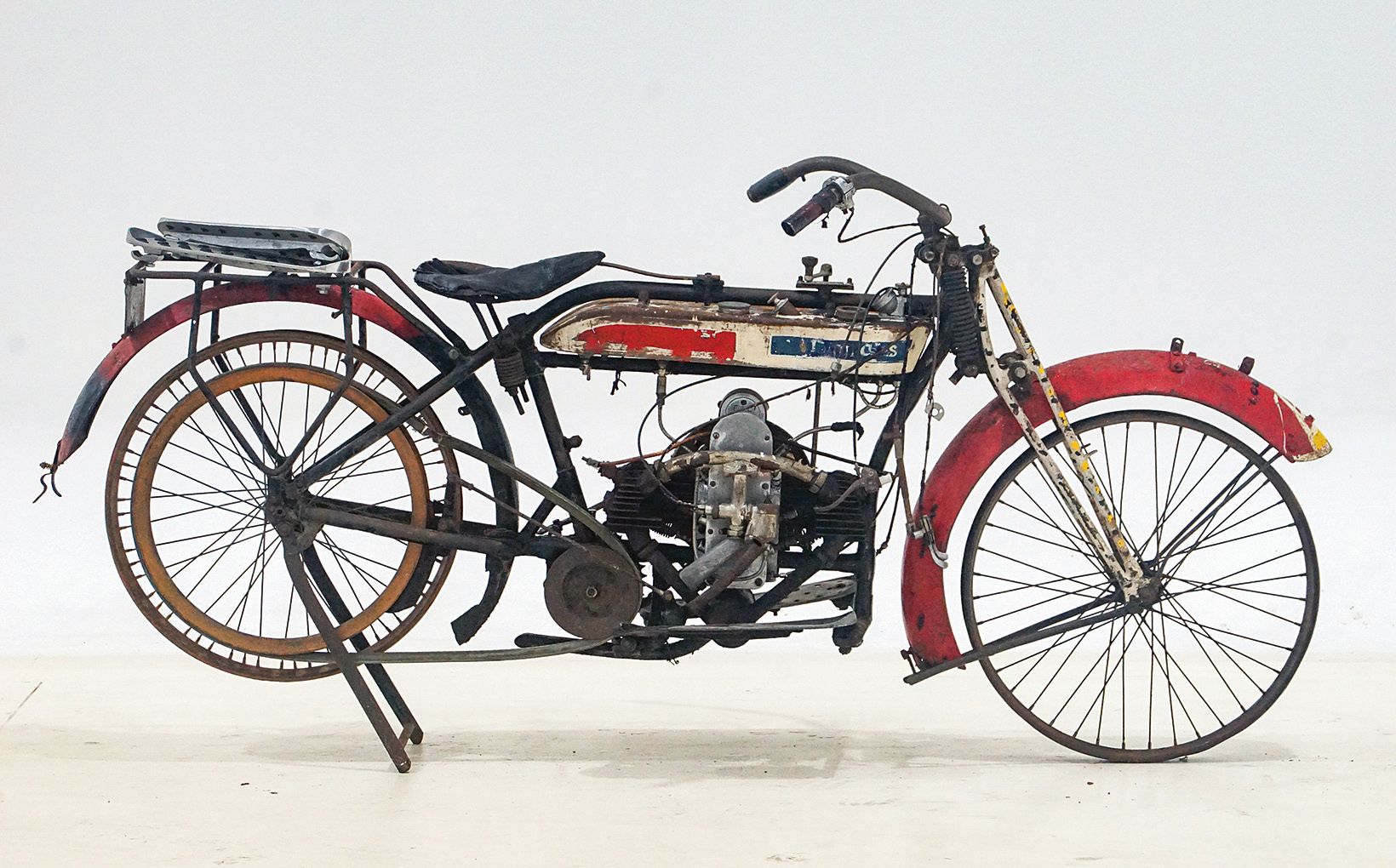 Enthusiasts of early motorcycles are also well catered for, with four early models dating from 1911 to 1925 on offer.

The earliest of these is a 1911 Quadrant dedicated Board Track 600cc Racer that has had one owner for the past 25 years as is said to still be capable of the magic ‘ton’ (160km/h). This machine represents quite a paradox, with its design minimalism contrasting with its almost unheard-of performance for 1911! For this, it serves as a superb example of the very earliest years of motorcycle racing and is expected to sell to a collector for $35,000-$45,000.

One year younger is a 1912 Premier 500cc belt-driven motorcycle that presents well cosmetically after a recent repaint and is expected to bring $15,000-$20,000.