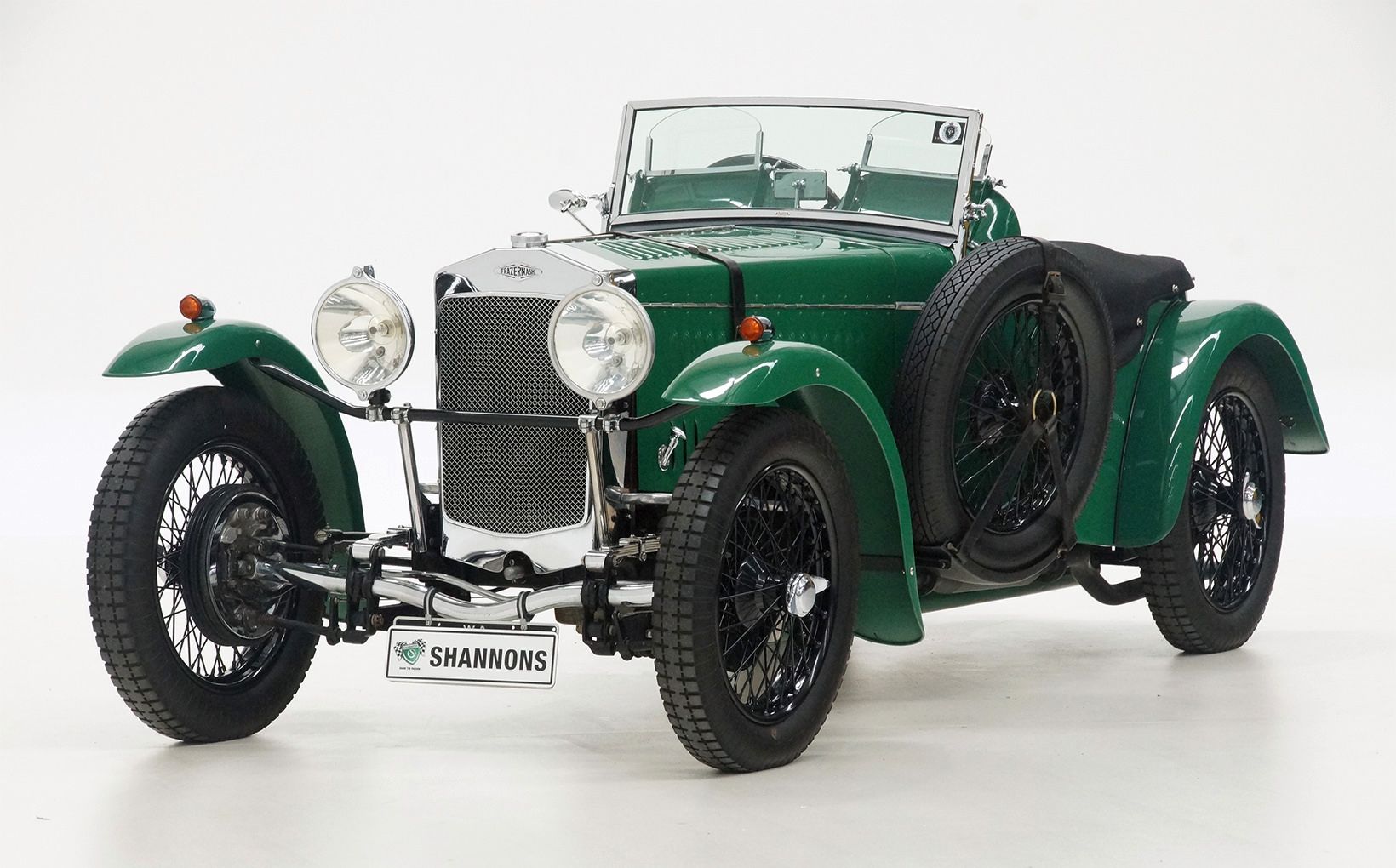 A beautifully-restored circa 1932 chain driven Frazer Nash Ulster two-seater is one of the highlight vehicles of Shannons Timed Online Spring Auction from November 11-18.

Coming to auction with an interesting and well-documented period racing history, chassis number 2059 was originally supplied to the Allington Brothers of London as a bare chassis for Australian Douglas Fraser Shepherd in July 1932.

It was believed to have been delivered with a powerful supercharged roller bearing Anzani engine, with Shepherd entering it in various events over the next year or two. This included the 1933 Australian Grand Prix at Phillip Island, where it was unable to start the race due a cracked cylinder head. 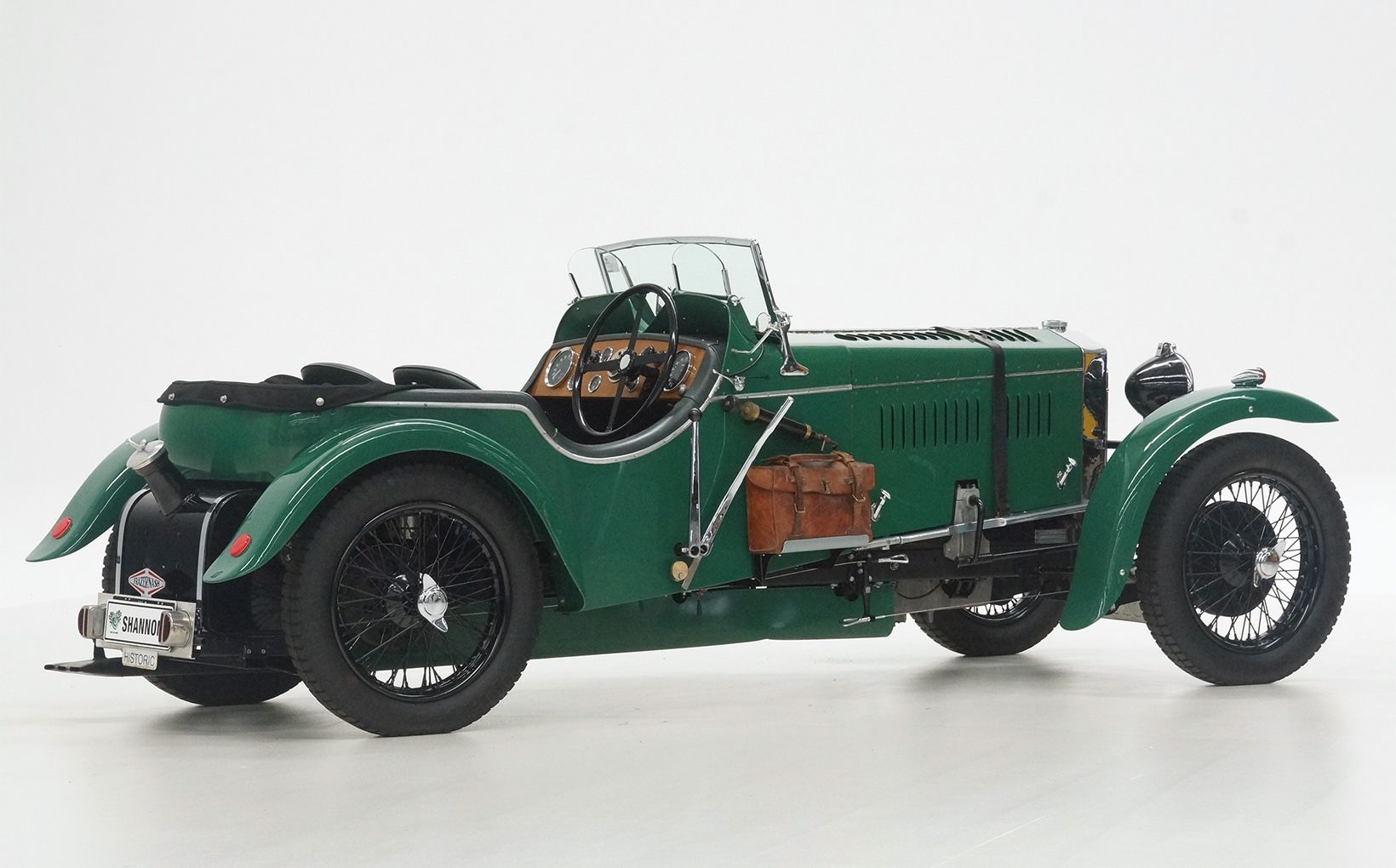 This beautifully-restored circa-1932 chain driven Frazer Nash Ulster two-seater with a fascinating Australian racing history is one of the highlight vehicles of Shannons Timed Online Spring Auction.

Further outings took place in Newcastle, at Granville Speedway and Wentworth Park Speedway in 1933, while after passing to Sydney Ford dealer Ron Mackellar in, who installed a Ford Model T engine block mated to a Frontenac cylinder head and supercharger, it appeared for the first time at the Broughton Pass hill climb in July 1937.

Many years later in 2013, the Frazer Nash was shipped to New Zealand where world-renowned Auto Restorations of Christchurch cast a replacement of the original Anzani crankcase fitted with a Judson supercharger, while the body is thought to have ended up in a Morris Special owned by Geoff Russell.

A major restoration was subsequently carried out in Melbourne by local craftsmen. This work included a new two-seater Ulster-type body modelled on that worn for the 1933 Australian Grand Prix.

Now beautifully-restored, the car represents a rare opportunity to acquire one of the few remaining ‘Chain Gang’ Frazer Nashes left in Australia. Ideally suited to the many Vintage sports car club rallies and events held around the country, this highly engaging Pre-War sports car is expected to attract world-wide interest and sell in the $150,000 - $180,000 range. 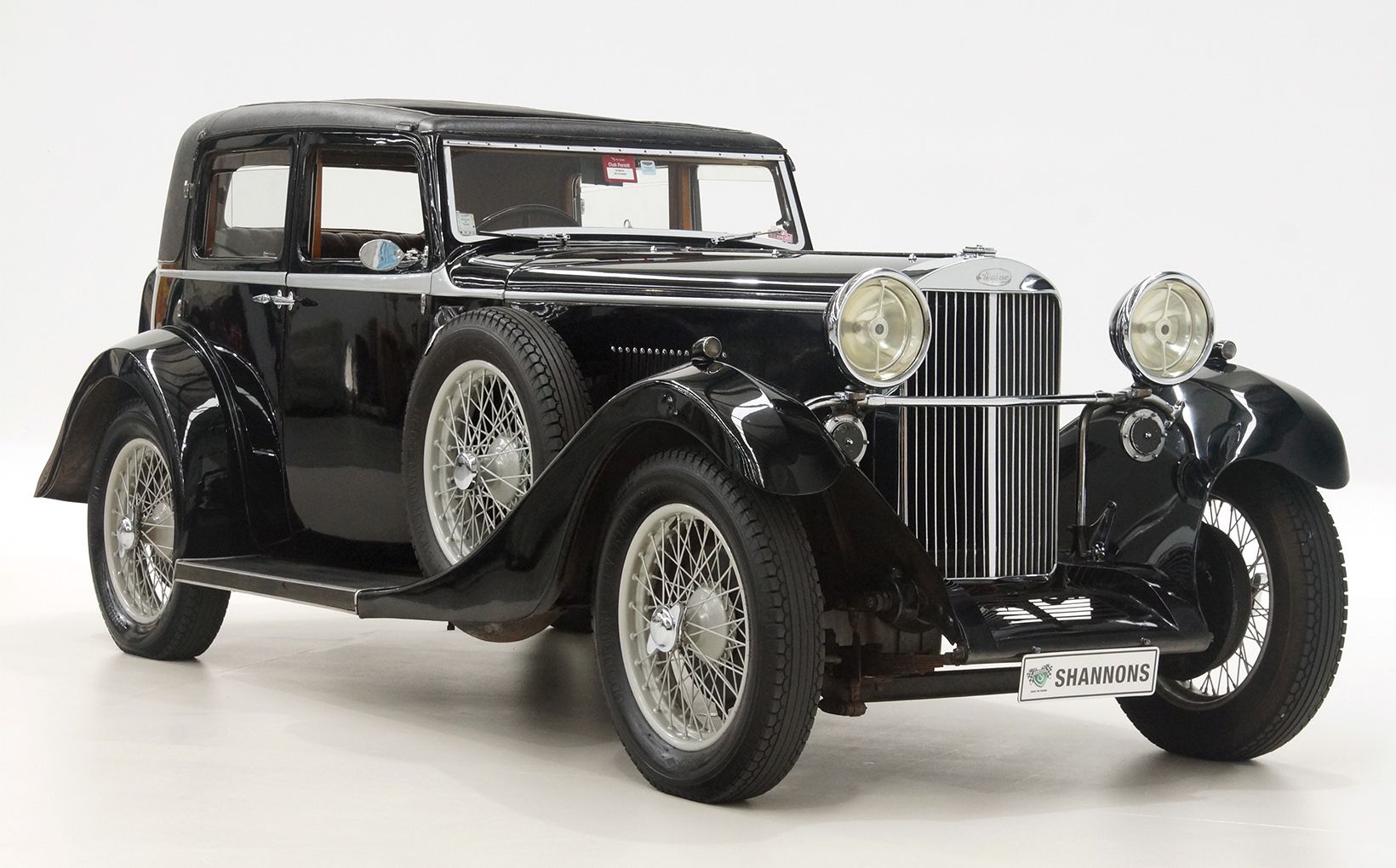 Also fascinating for Pre-War sports car enthusiasts is a Sunbeam Speed 20 Four door 'Pillarless' Saloon - one of just five believed to be in existence.

Delivered in October 1933, it was acquired from its original owner, Albert T. Isher, by Roy Hancocks in 1976 and then underwent a seven-year total restoration.

Following its restoration, it was acquired and shown by the Patrick Collection from 1986 to 1992, at which stage it had travelled just 37,493 miles, believed to be correct at the time.

Over the next 27 years, the Speed 20 travelled a further 38,723 miles, including some time spent in New Zealand, where its original Sunbeam 3 litre engine was replaced by a Jaguar 3.4 litre twin cam, with the car’s original engine supplied with the car.
Now displaying 76,539 miles, believed original, the majestic Sunbeam Speed 20 is believed to be one just five in existence, making it a very rare car today. 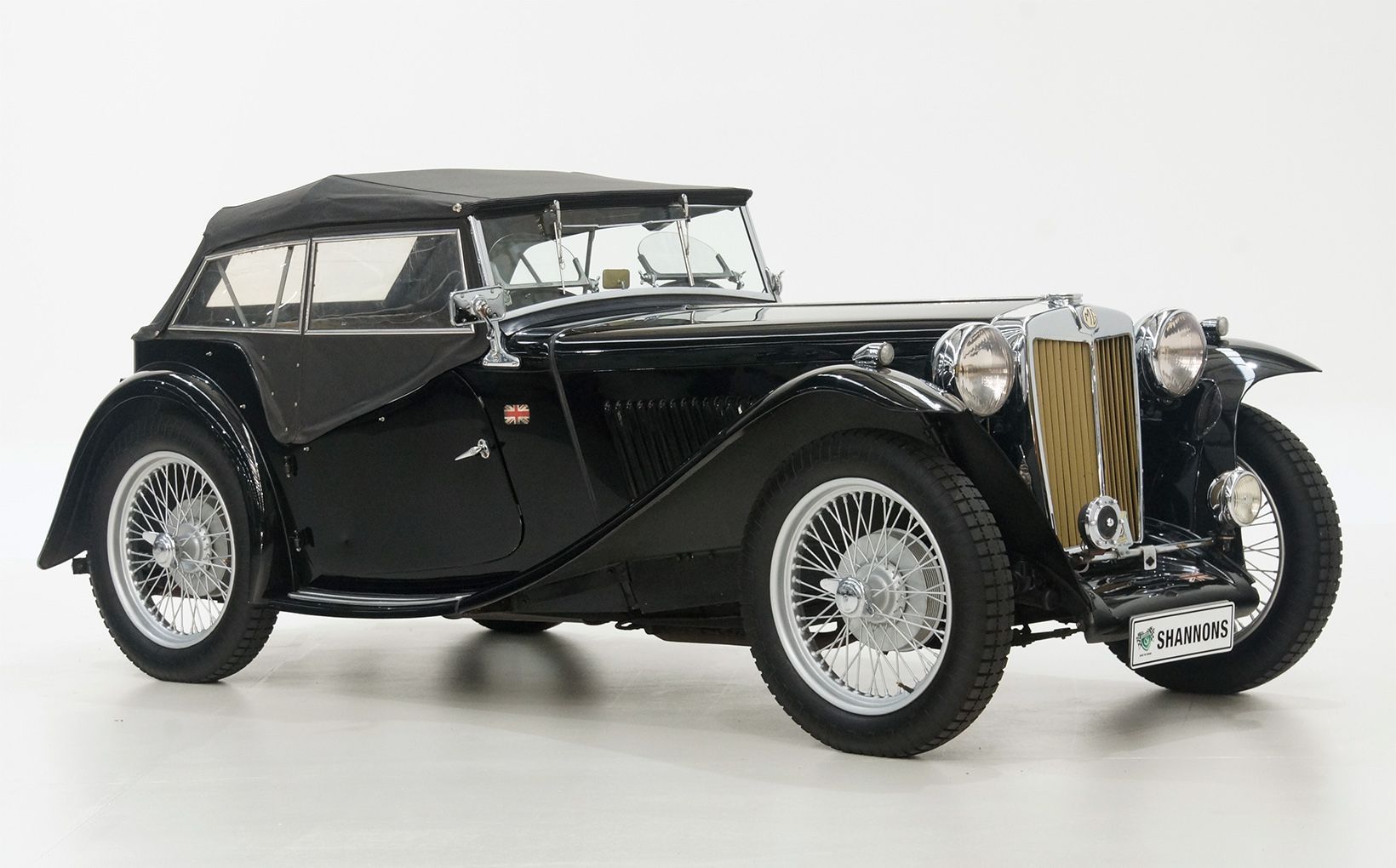 Delivered new to Australia, this factory black TC is a lovely example that has been owned for around 2 ½ years by an MG enthusiast, where it has become part of an active collection.

An older restoration that still presents in very good condition throughout, the TC comes with a full set of wet weather gear and rear tonneau – both in excellent condition. It is a lovely car that could easily be used as is, or improved further, if desired. As the perfect addition to any British sporting car collection, it is expected to sell for $34,000 - $40,000. 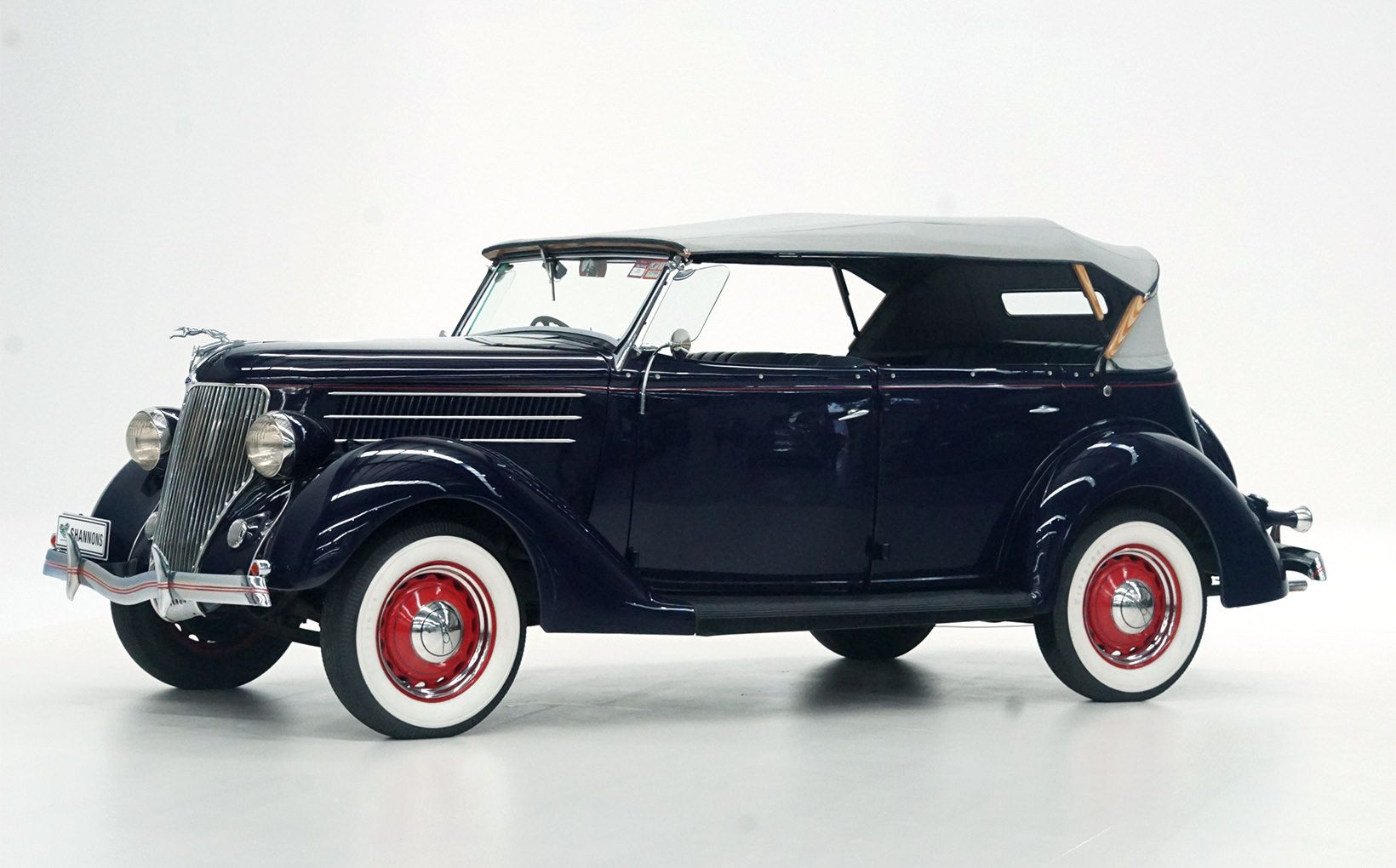 Three fabulous American touring cars of the Pre-War era are also attracting a lot of interest in the auction.

The style-leader of the trio is a is a lovely, right hand drive 1936 Ford Phaeton V8 Tourer that comes to auction from a collection of early Fords.

With its 221ci flathead V8 engine still fresh from a no-expenses-spared rebuild and balance 8,000 miles ago, the Phaeton comes to auction with an original ‘Instruction Book’ and ‘Car Reference Book’ specific to this model. Presented beautifully in Navy Blue, offset by its Red wheels and whitewall tyres, it is expected to sell in the $45,000 - $55,000 range.

For similar money, there is a right hand drive 1932 Ford De Luxe V8 'Enhanced' Fordor Sedan that has had the same owner for the last 32 years.

Professionally built over four years by True Colour Restorations of Bayswater, Victoria in 1992, it has never been out in the rain during the12,000 miles it has travelled since.

This unique opportunity to buy a truly lovely 1932 Ford Fordor in superb condition throughout is expected to cost the successful bidder $50,000 - $55,000.

A more affordable alternative and offered with ‘no reserve’ is a very original 1929 Rugby D40 Tourer that comes to auction from long-term family ownership.

Benefiting from some restoration work, this potentially very affordable American vintage tourer is easy to work on, making it ideal for club events at its estimated selling range of $12,000 - $16,000.