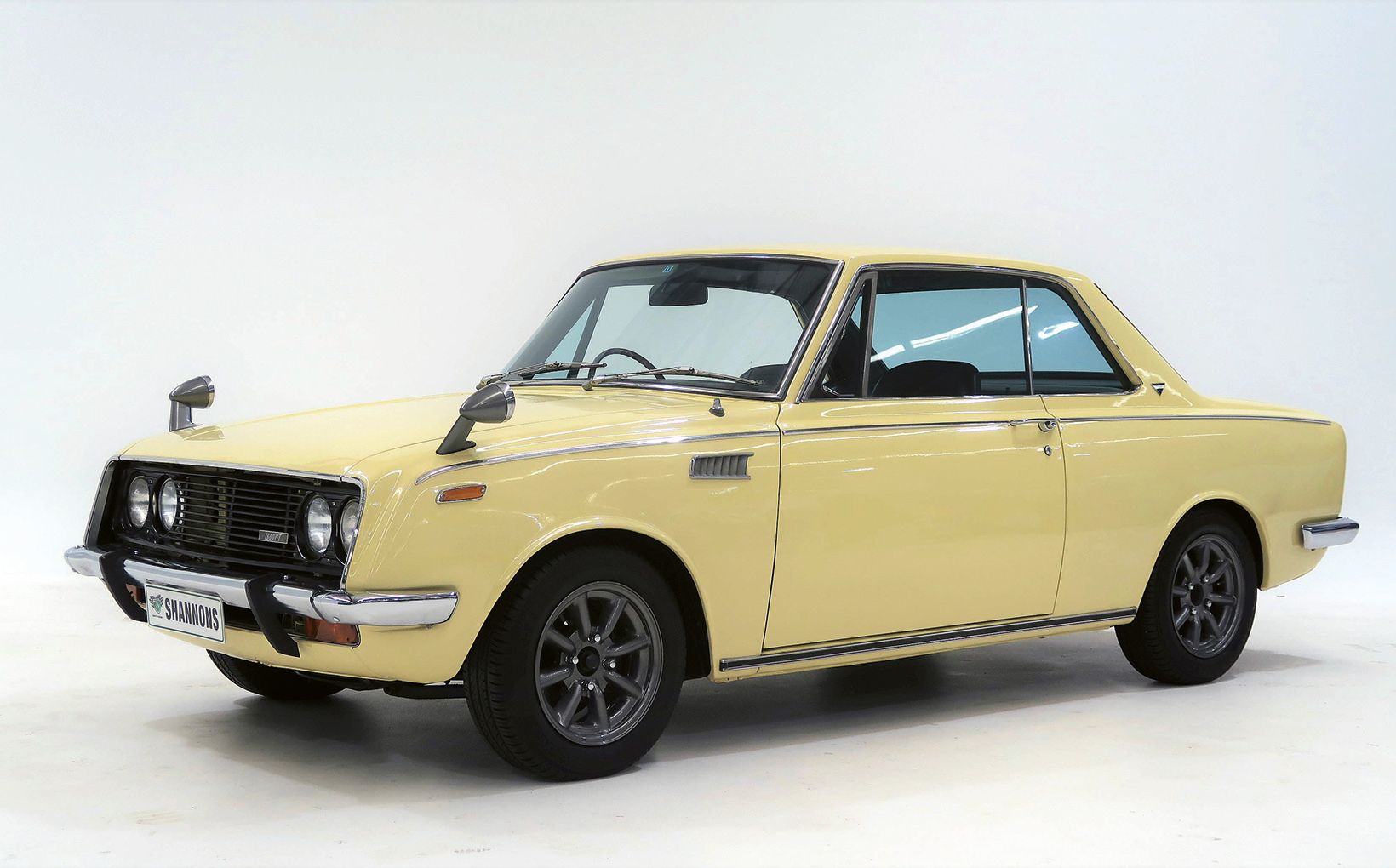 With Japanese classic and sports cars in high demand around the world, Shannons are tempting collectors with seven rare examples in its upcoming Autumn Auction.

This is underscored by the unprecedented $36,250 achieved by a pristine, low mileage 1977 Honda Accord at Shannons Summer Online Auction in February this year and the $17,000 paid for a 1974 Datsun 1200 Utility at the same auction. 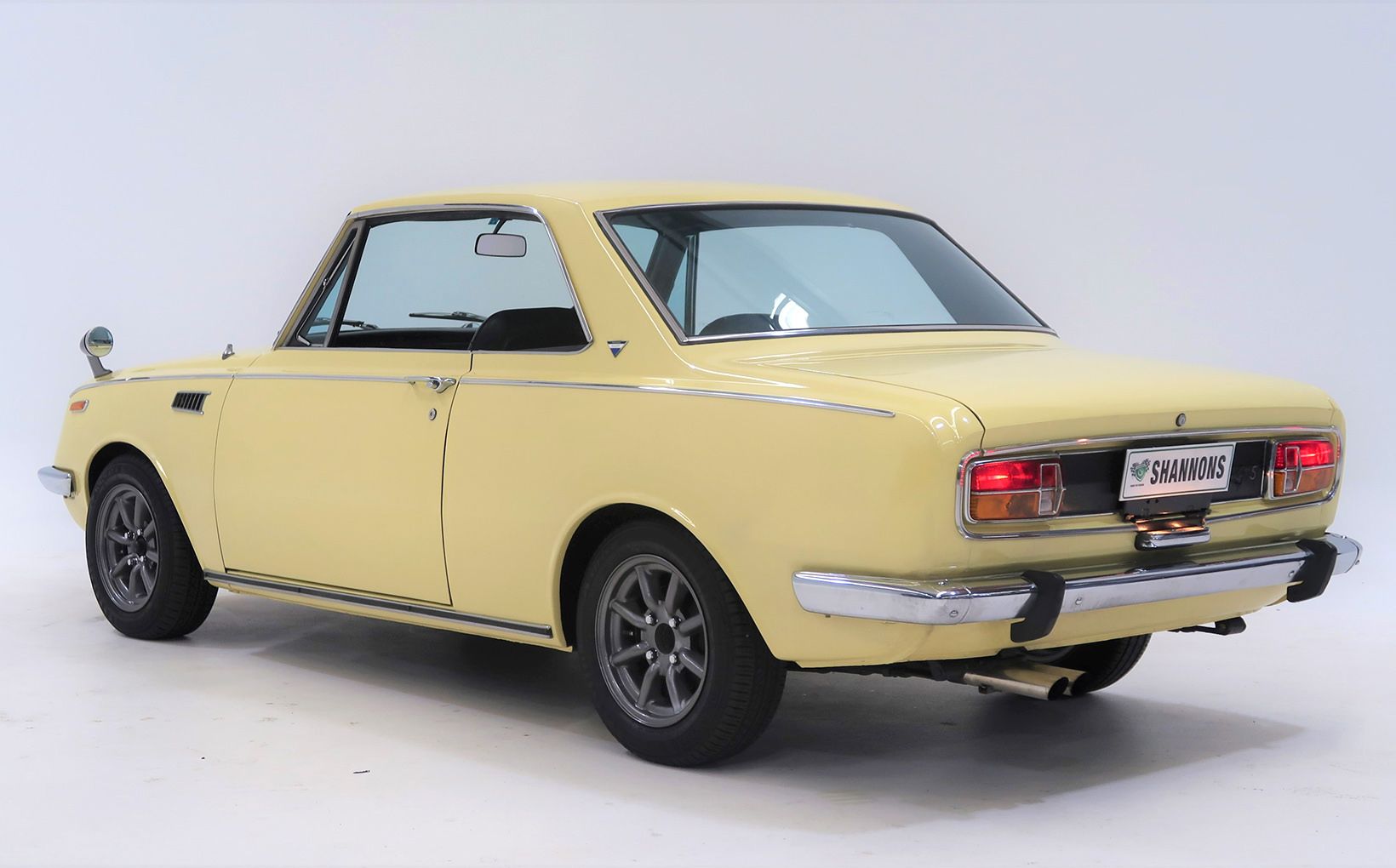 For serious collectors, a highlight of the Japanese Classics in Shannons Timed Online Autumn Auction from April 13-20 is a rare 1967 Toyota Corona 1600 GT-5 coupe.

This desirable five-speed 1600 GT variant was sourced and imported from Japan in 2013 and is a great example of this appreciating ‘60s sports coupe. It is fitted with a freshly rebuilt motor, with all replacement parts sourced from Japan.

Finished in Bellatrix Yellow with a very tidy black interior, the Corona sits on a set of Watanabe aftermarket wheels, but comes with a set of original wheels and tyres, along with a small quantity of spares.

Offered by a Sydney collector at ‘no reserve’ and expected to sell in the $30,000-$38,000 range, the Corona is a great example of this rare ‘60s sports coupe, perfect for the Japanese car enthusiast. 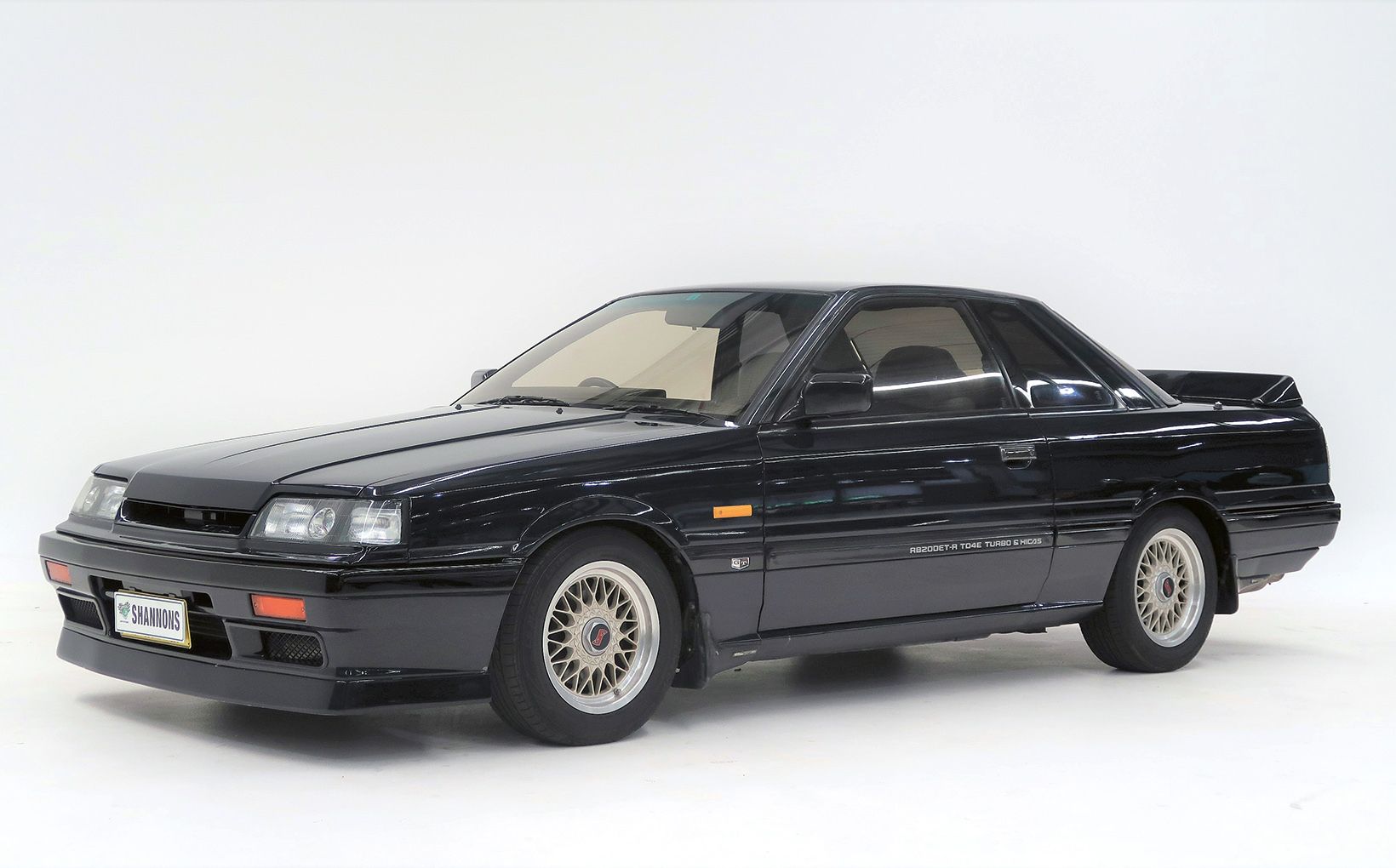 This very collectible GTS-R HR31 is build number 613, with both the GT-R Registry and its Japanese Export Certificate suggesting that its 134,439km showing at the time of cataloguing is correct.

Fitted with easily reversible modifications, including an aftermarket MP3 player, its exhaust, steering wheel and pedals, the Skyline also has a number of additional gauges fitted, a manually operated exhaust valve and is fitted with the model’s optional BBS 15 x 6.5 inch wheels.

Recently imported from Japan, the GTS-R HR31 is a great example of this fast-appreciating homologation special and presents well, although it would benefit from a cosmetic tidy-up to achieve its full potential. 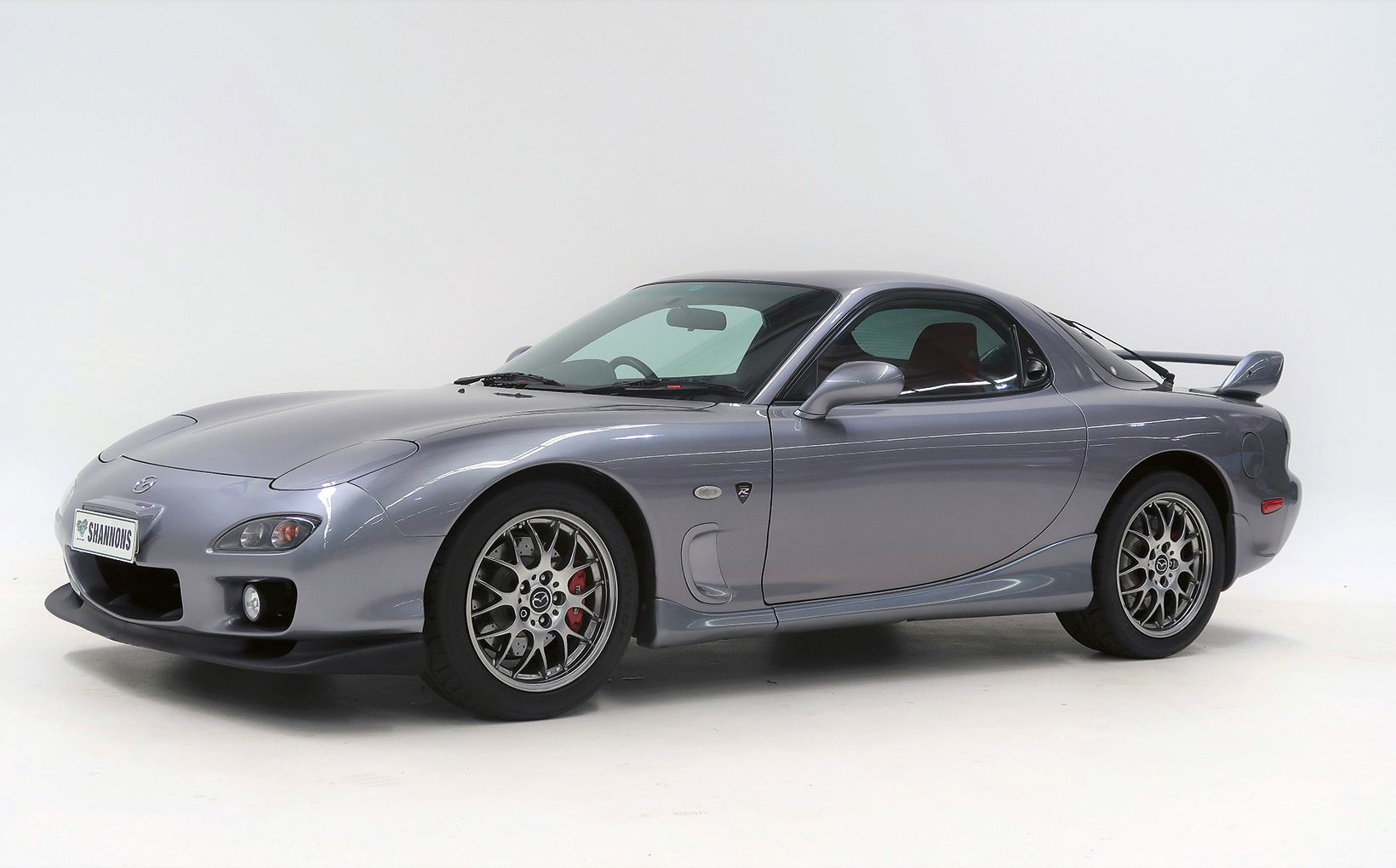 Another signature Japanese high-performance coupe in the auction is a desirable Type A ‘Spirit R’ Mazda RX-7.

This limited edition 2002 model RX-7 – build number 1007 of 1500 made – is presented in immaculate signature Titanium Grey paint combined with red Recaro seats. It is a very clean and clearly well-maintained car, with its the odometer reading just over 70,000km at the time of cataloguing.

Easily reversible modifications include an aftermarket gear shift knob and handbrake handle, while the exterior has had side skirts and rear mudflaps added but retains the original front splitter and rear wing.

Undoubtedly one of the best looking Japanese sports cars of the era, the Spirit R is fantastic fun to drive according to Shannons and is in great mechanical condition, with it expected to sell with ‘no reserve’ in the $90,000-$110,000 range. 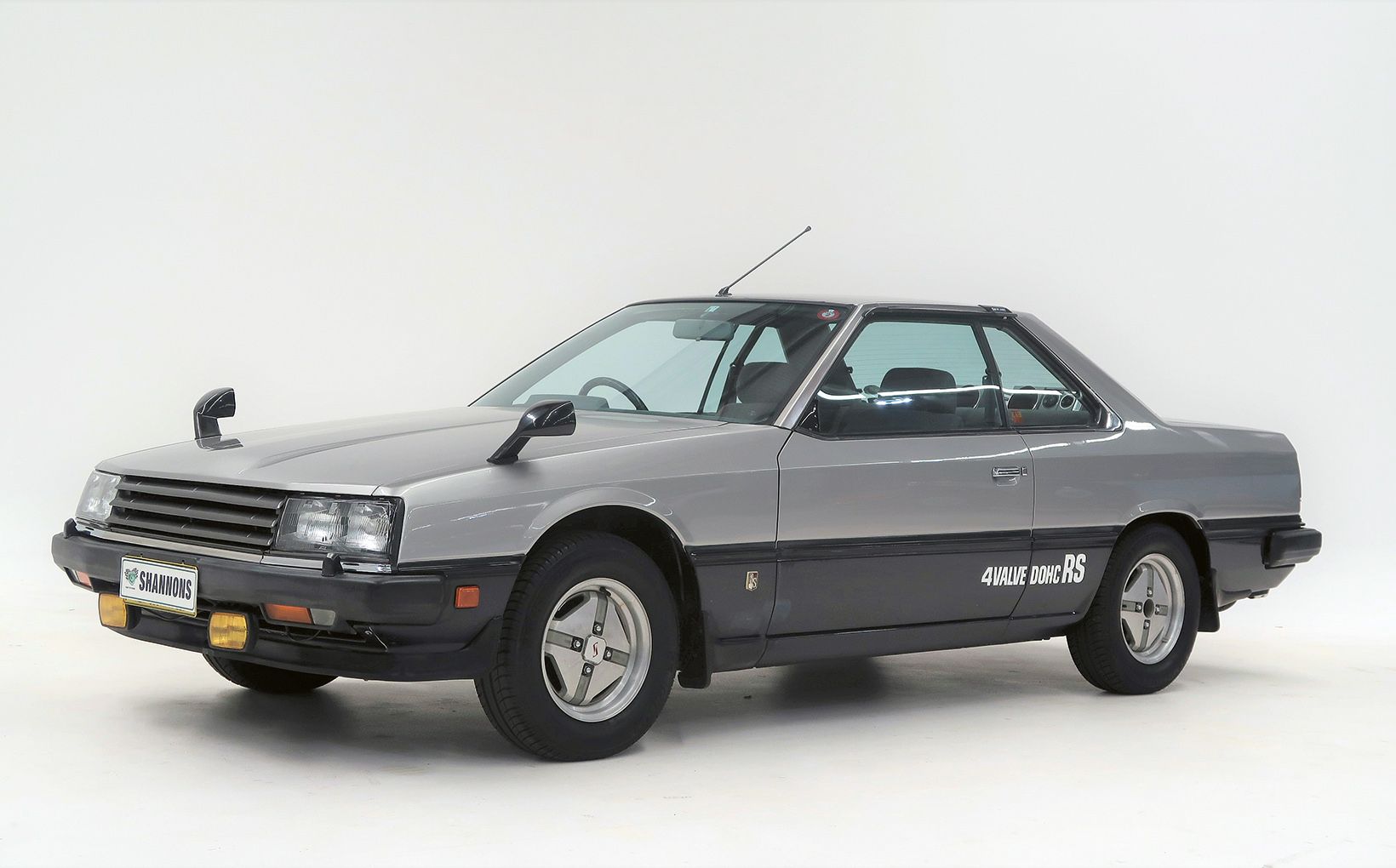 This rarely seen 2000RS two-door coupe powered by the DOHC FJ20E motor is a rarely seen ‘old school’ Japanese classic that is a real rarity in Australia and would be a hit at any car show.

Finished in silver with grey cloth upholstery, the car presents well and appears to be in substantially original condition, making it a blank canvas ideal for the JDM collector – either to be kept original, or tastefully modified. 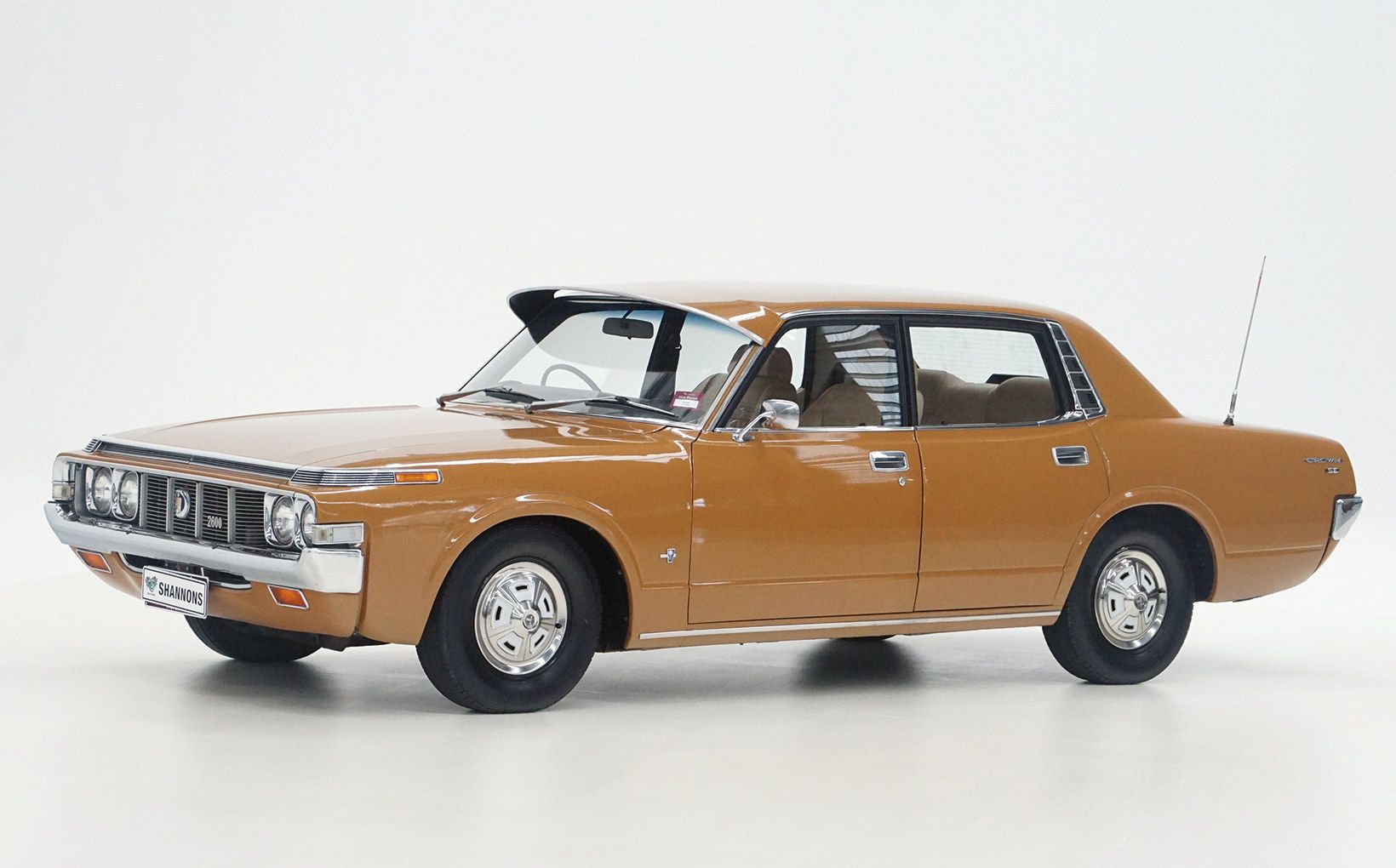 Other interesting Japanese cars in the April online auction include an Australian-delivered 1982 Mitsubishi Starion JA 'Turbo' Hatchback ($28,000 - $32,000); a two-owner Australian-built and delivered 1973 Toyota MS65 Crown SE in amazing ‘time-warp’ condition, with everything is in its place as it left the factory ($15,000-$20,000) and an increasingly collectible, locally-delivered 1974 Toyota Corolla KE20 Coupe fitted wwith the optional two-speed ‘Toyoglide’ transmission (‘no reserve’, $8,000-$10,000).