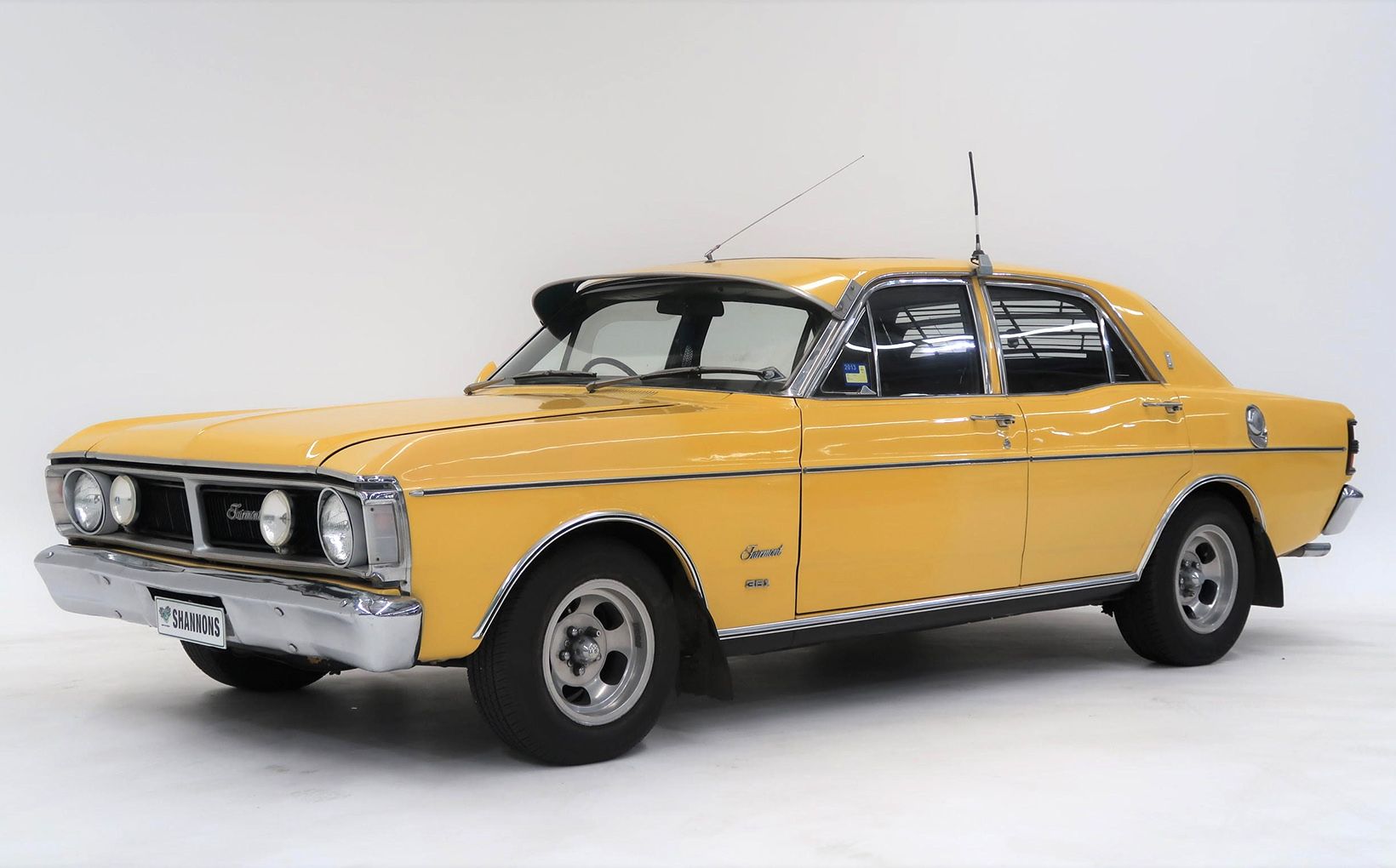 It will be ‘Australia Day’ again at Shannons in mid-February, with 12 of ‘Australia’s Own’ in Shannons upcoming 2021 Summer Timed Online Auction from February 16-23.

Leading the pack are five True Blue Fords, led by a pair of 1971 XY ‘K-Code’ models, both offered with ‘no reserve’ – a substantially original, unrestored and obviously much-loved Fairmont ($75,000-$90,000) and a mechanically refurbished but cosmetically unrestored GS sedan, ripe for further restoration, or ready be enjoyed as is ($80,000-$100,000). 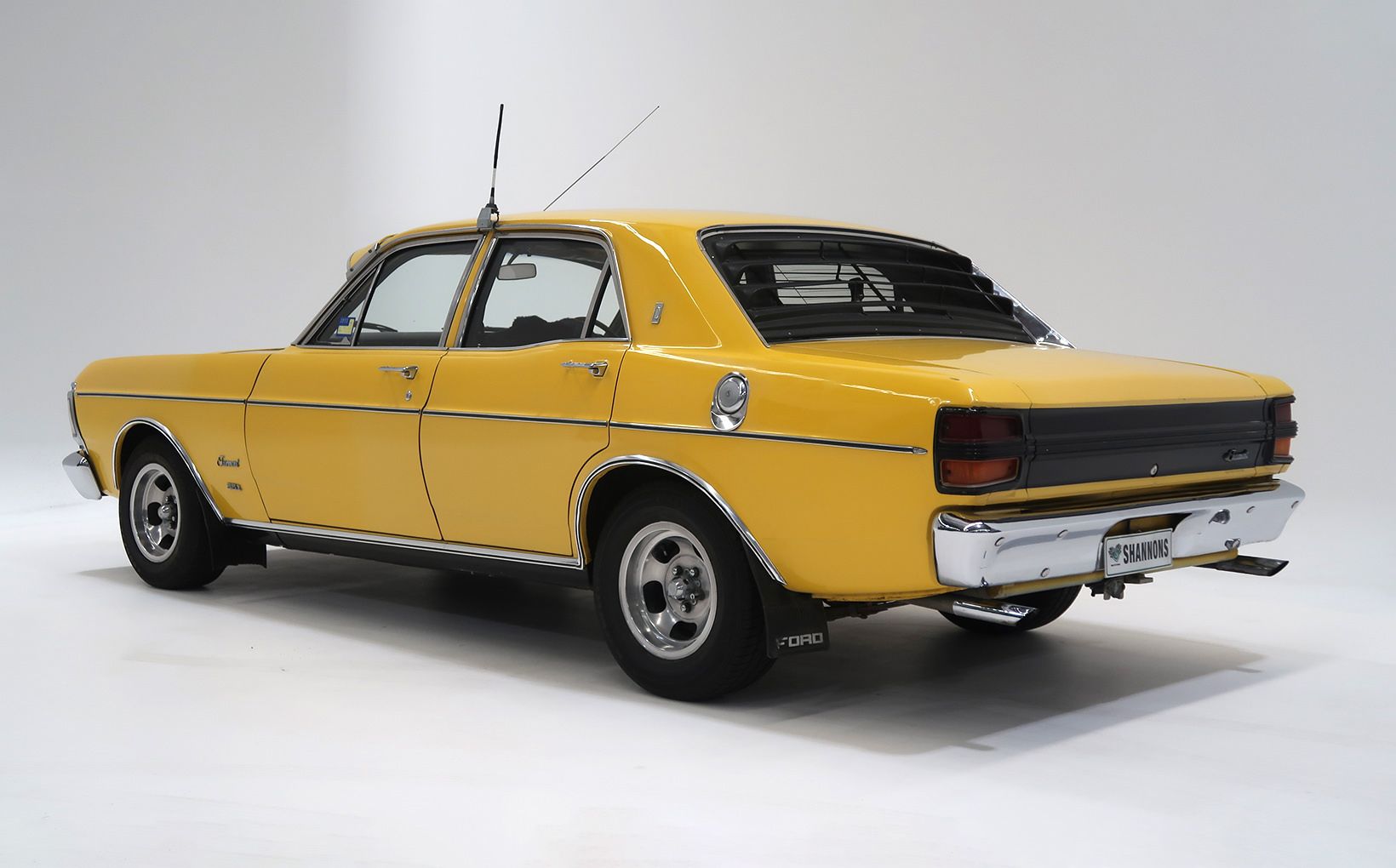 Adding to their value, both are equipped with the optional 351 V8 ‘GT’ engine, with Ford confirming additionally that the GS is the only XY built with this powertrain, Ultra White colour, Toploader four-speed manual gearbox and option package.

Costing just $145, the GS Option Package added special pinstriping, badges and chrome dress rims, along with the same dash and steering wheel as the GT, plus opened up a long list of options including bucket seats, a centre console, power steering, air conditioning, radial ply tyres and front disc brakes. 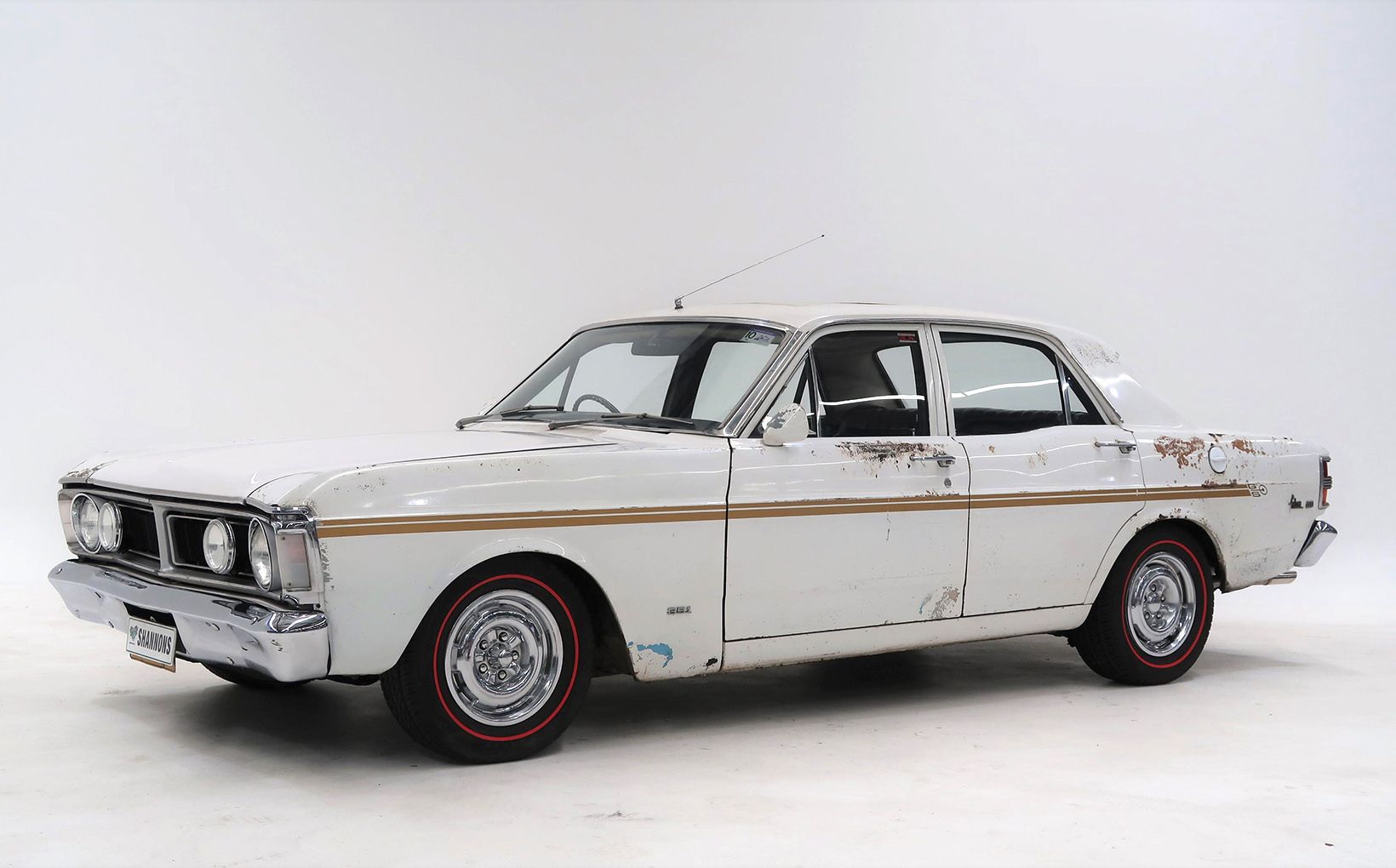 The GS could be ordered with any Falcon, Futura or Fairmont and it was up to the customer to specify his or her choice of drivetrain, with every combination of six or V8 technically available, although K-Code 351s were rarely ordered. 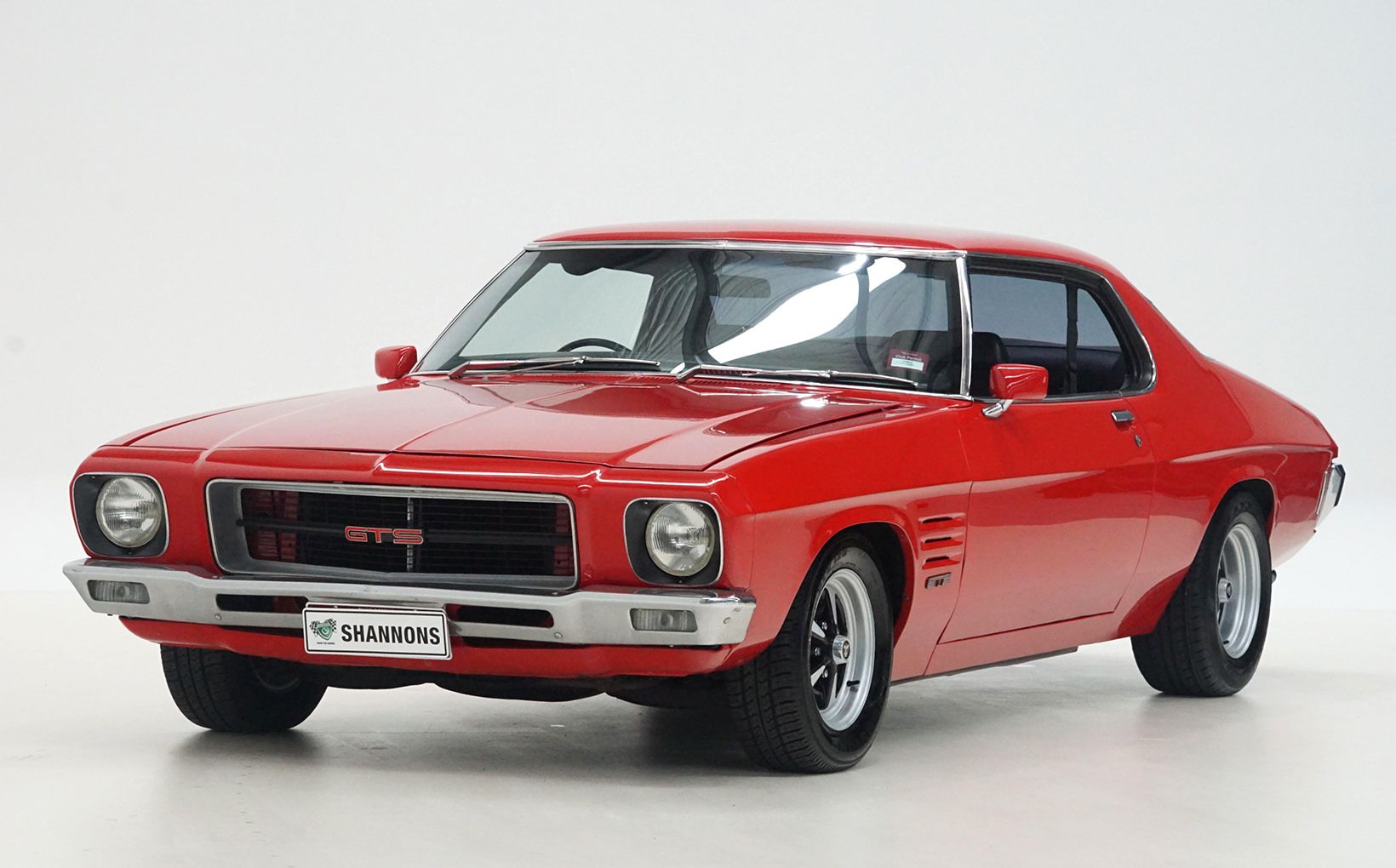 The seven Holdens in the auction are headed by an ‘enhanced’ 1971 Holden HQ GTS Monaro Coupe that has been fitted with a 350ci V8 engine TH400 gearbox with a Quicksilver shifter, power steering, a 10-bolt rear end, King springs and Monroe Gas Ride shock absorbers, while at the rear there’s a sway bar and widened 8-inch GTS rims.

Complete and very presentable with its red paintwork and ‘Houndstooth’ check trim, but now ripe for refurbishment, the Monaro is expected to sell in the $70,000 - $80,000 range. 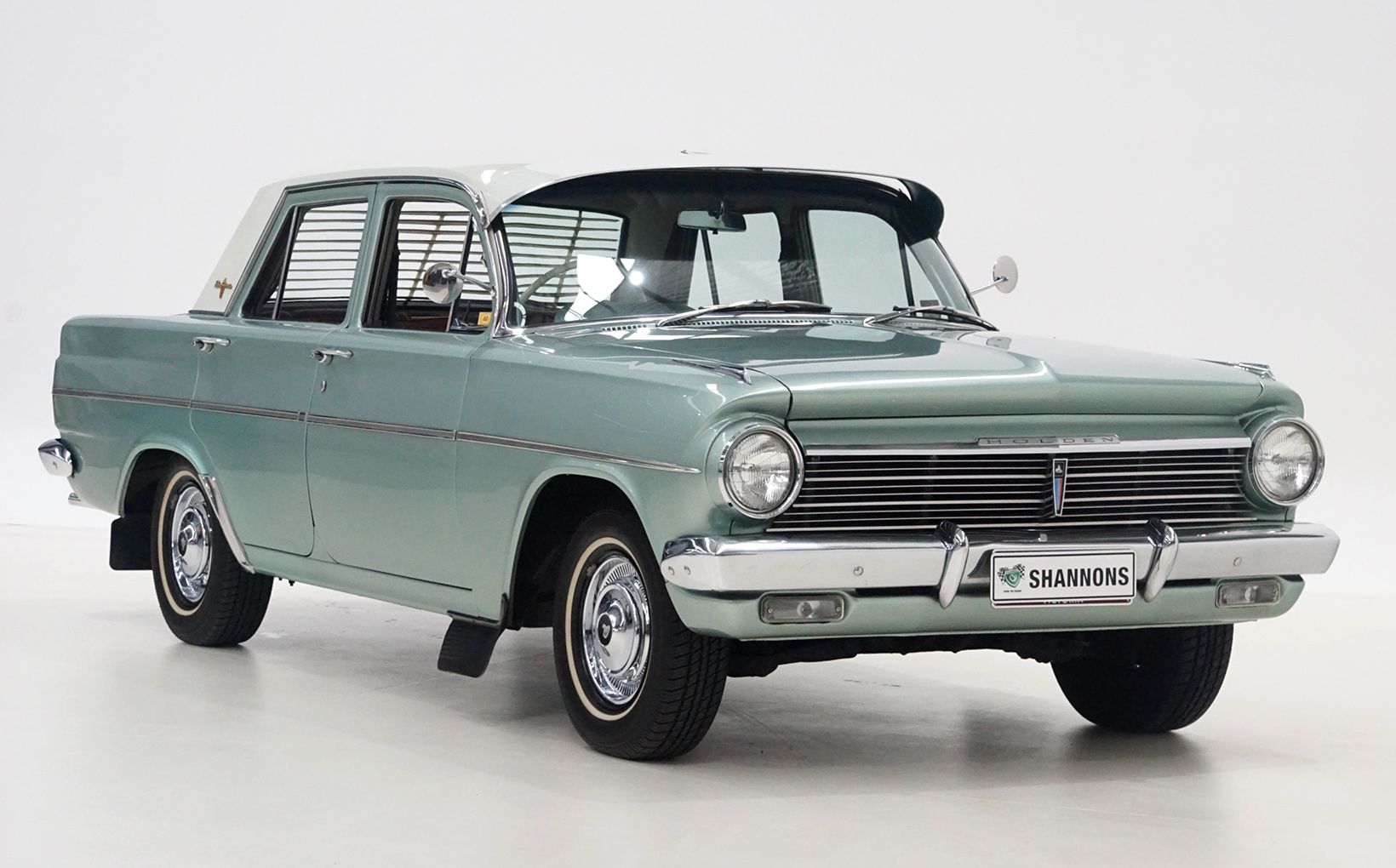 From an earlier era, there is a lovely, believed three-owner 1964 Holden EH-model Premier sedan fitted with a reconditioned ‘red’ six cylinder period 179-cid engine and a later Trimatic transmission, offered in remarkable condition for its age.

Adding to its appeal, the Premier is fitted with many factory options, including a steel external sun visor, front and rear mud flaps and a rear window venetian blind.

Offering the rare chances to purchase an EH Holden Premier in such good, original condition, it is expected to sell in the $45,000-$55.000 range.

While featuring some patina on its door jambs and some scratches to its scuff plates, it is otherwise in very good condition throughout and has benefitted from a rebuild of its 308ci Holden V8 and the front end around 2018.

Winding back the clock, there is a distinctive cream and brown 1958 FC-model Holden utility, that is thought to have been a NASCO accessories display vehicle. 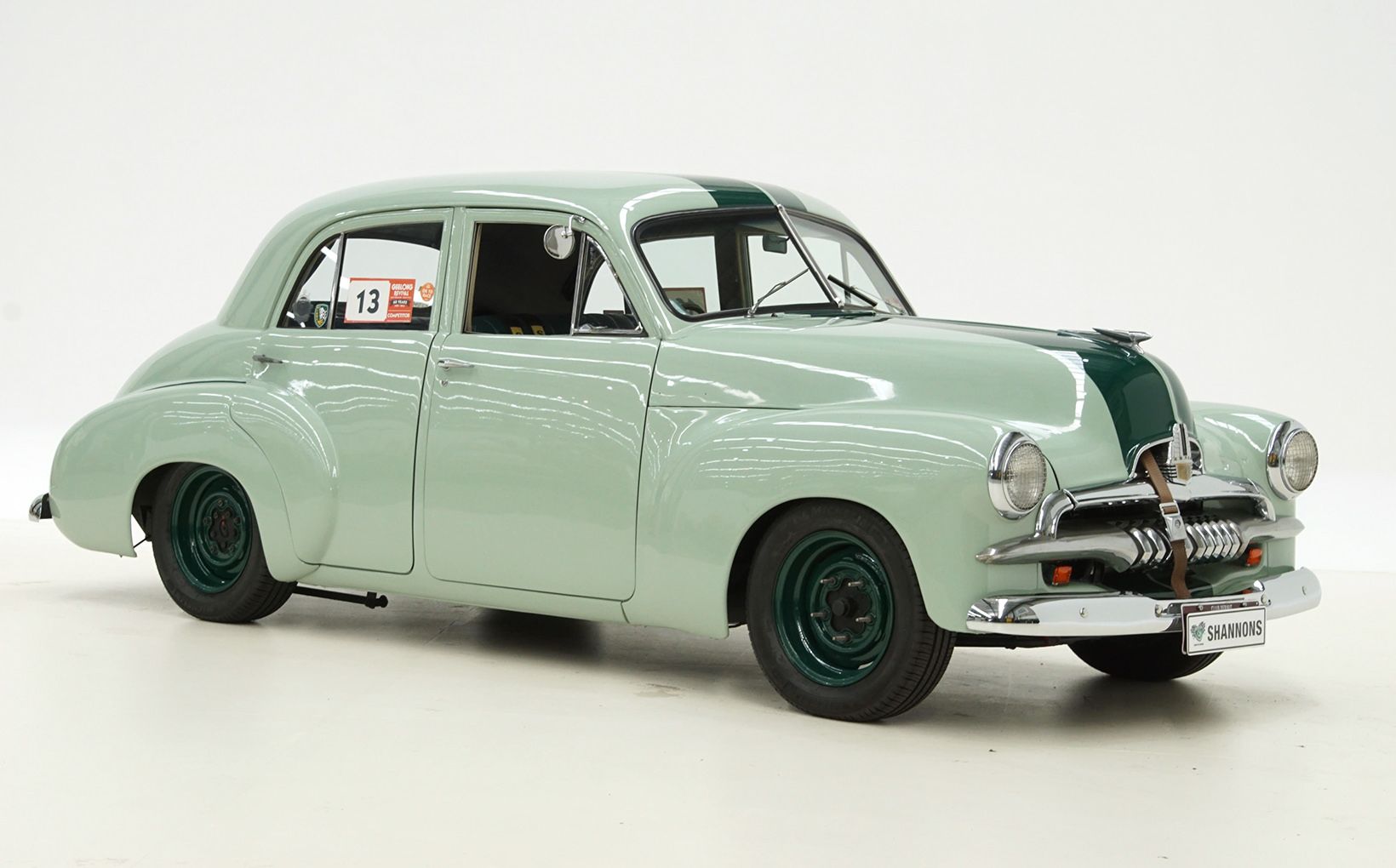 This 1954 Holden FJ-model sedan in lovely condition throughout that has been lightly modified for club competition is expected to bring  $40,000-$50,000.

For those who recall the days when early days ‘Humpy Holdens dominated Australian touring car racing, Shannons has a 1954 Holden FJ-model sedan in lovely condition throughout that has been lightly modified for club competition.

Fitted with twin Stromberg carburettors and extractors, external and internal battery cut-off switches, lowered suspension and anti-tramp rods and tow straps, with its interior fitted with a four-point harness, a fire extinguisher, some extra gauges and a Grant-style wood rim steering wheel, the car competed at the Geelong Sprints and various hill climbs around Victoria a few years back, but is now ready to return to its club competition career or to become a great street cruiser.

With original early Holdens now in demand by collectors, Shannons expect this fine FJ to sell in the $40,000-$50,000 range. 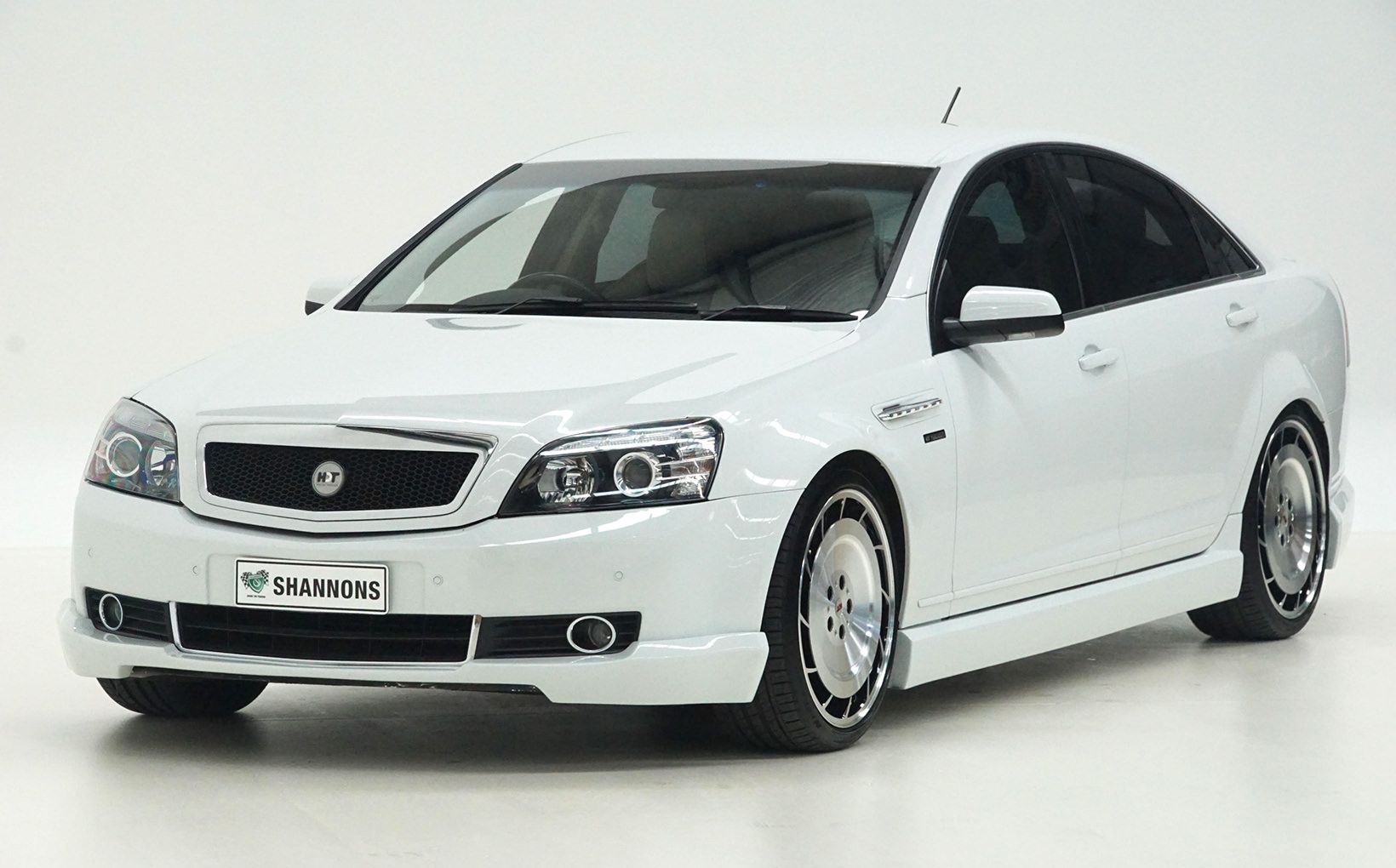 Based on a Holden Statesman, it was built in 2012 by HDT Special Vehicles as a prelude to a potential run of Magnum premium models that ultimately did not eventuate.

While its Holden 3.6 litre V6 engine is standard, Magnum #1 got the full HDT treatment elsewhere. It sits low on a full HDT sports suspension package and 19-inchHDT Aero alloy wheels, while its white-finished Statesman body got the full gamut of HDT embellishments, including a full body kit and two-tone leather trim.