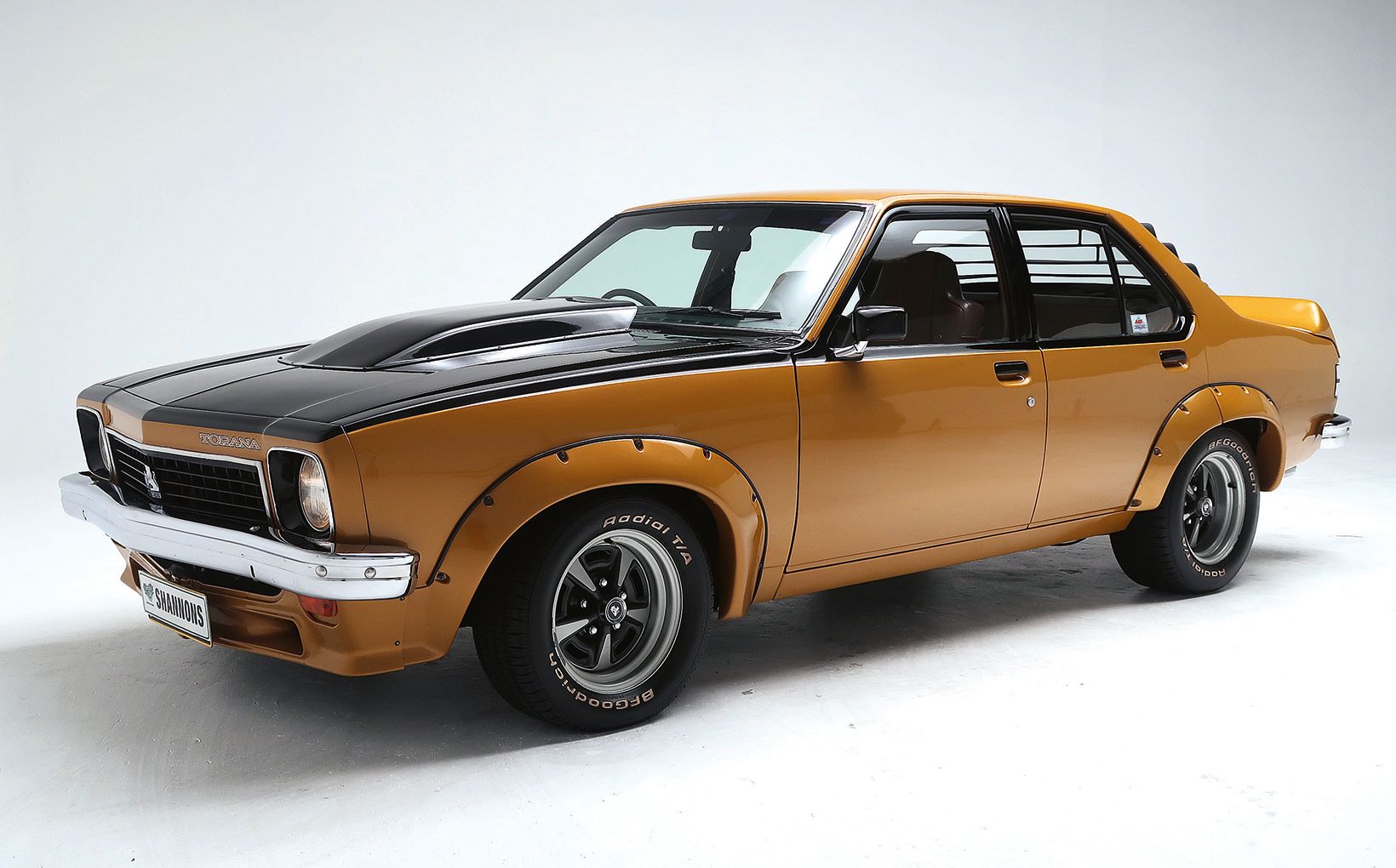 As the V8 Supercars head to Bathurst this month, some of Australia’s most desirable Muscle Cars are gridding up for Shannons Spring Online Auction from November 11-18. 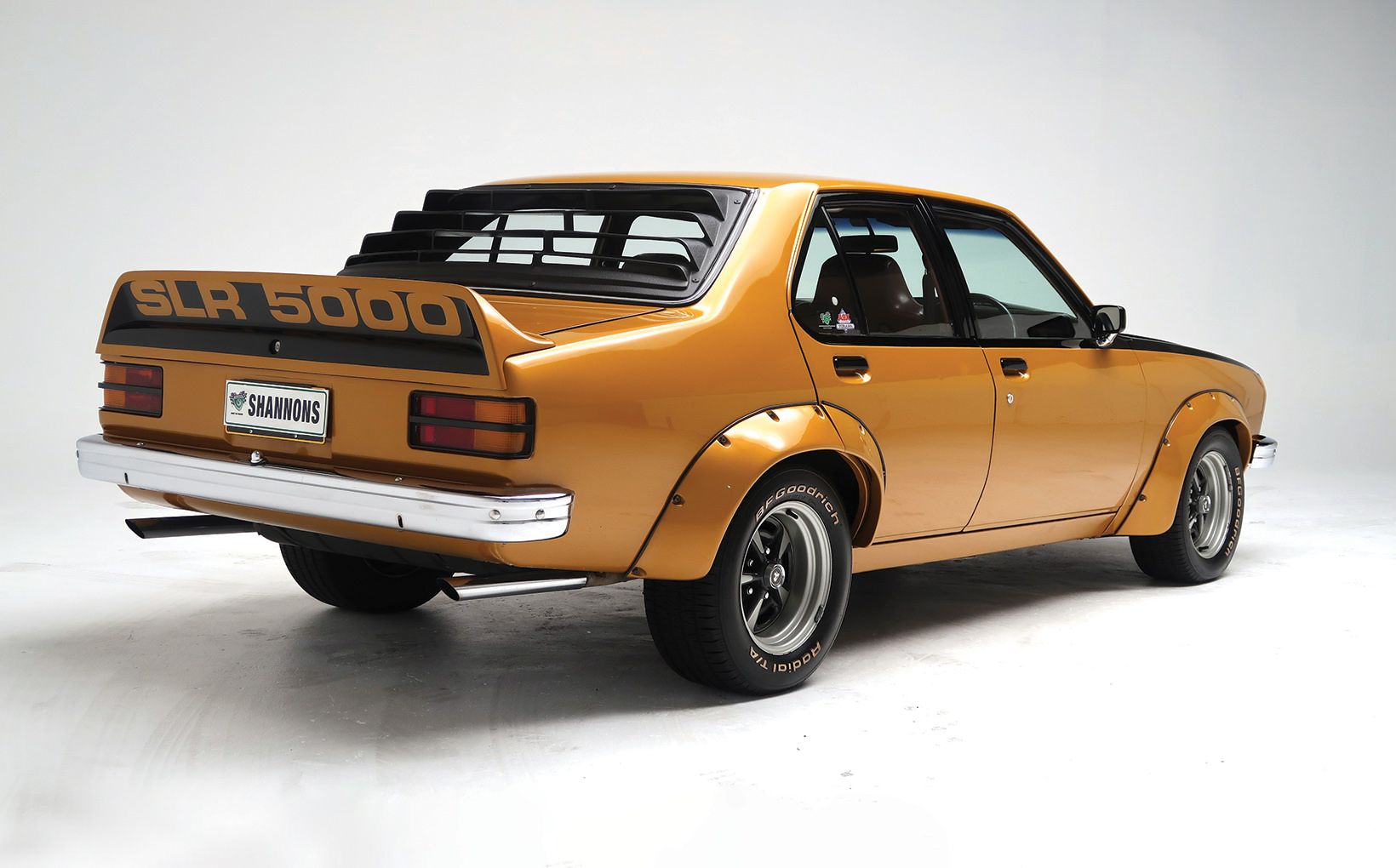 Top of the tree amongst them is a stunning Dynasty Gold metallic 1977 Holden LX Torana SLR 5000 A9X four-door sedan – the surviving example of just two examples factory-built in this distinctive colour and the only one with its paint/two-tone tan vinyl trim interior combination.

Delivered in Warrnambool, Victoria 43 years ago in November 1977, the car retains its original and unique A9X floorpan, featuring a Salisbury rear axle, rear discs and a 3.08 differential. As the 360th example made, it also has the wider flares and GU4 3.08:1 differential found on later-build cars.

Still beautifully-presented, the A9X was given a bare metal restoration for a previous owner in 1992, during which its 5.0 litre V8 L31-spec engine was rebuilt by a former HDT engine builder, while it retains its correct M21 four-speed gearbox.

As a special feature, the A9X carries the signature of the late Peter Brock on its glovebox lid. 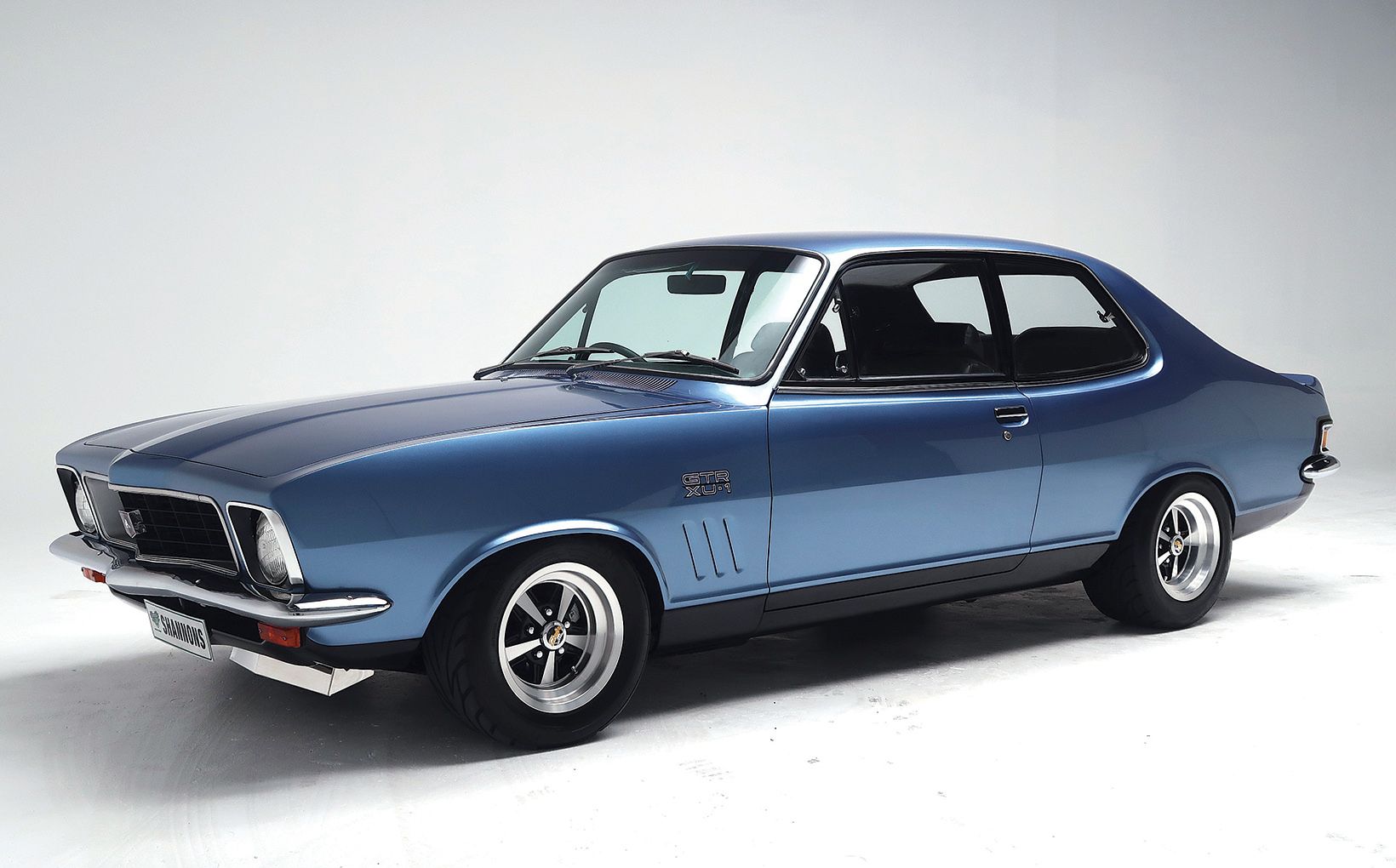 Delivered through British & Continental Motors of Mackay, where it has spent most of its life, the Torana ultimately wound up with a local enthusiast who owned it for approximately 25 years. Its current Sydney owner – another long-standing XU-1 enthusiast - subsequently carried out a ground-up bare metal restoration to the highest possible standard over a five-year period using only the best possible materials, with every part either refurbished or replaced.

The car has also been lowered and sits on Bathurst 8-inch (front) and 9-inch (rear) Globe Sprintmaster-style rims for a tougher stance. Driven sparingly since completion, the car is showing just 9,029 miles on the clock and still has that freshly-restored feel that will delight its purchaser.

With combined figures of around 3,300 XU-1s in both LC and LJ versions, very few original examples remain intact, with most having either been written-off years ago or restored from the ground up. Prices of genuine XU-1s have therefore shown rapid appreciation in recent times and this trend looks set to continue, with interest in these iconic muscle cars, with Bathurst-winning heritage, at an all-time high. 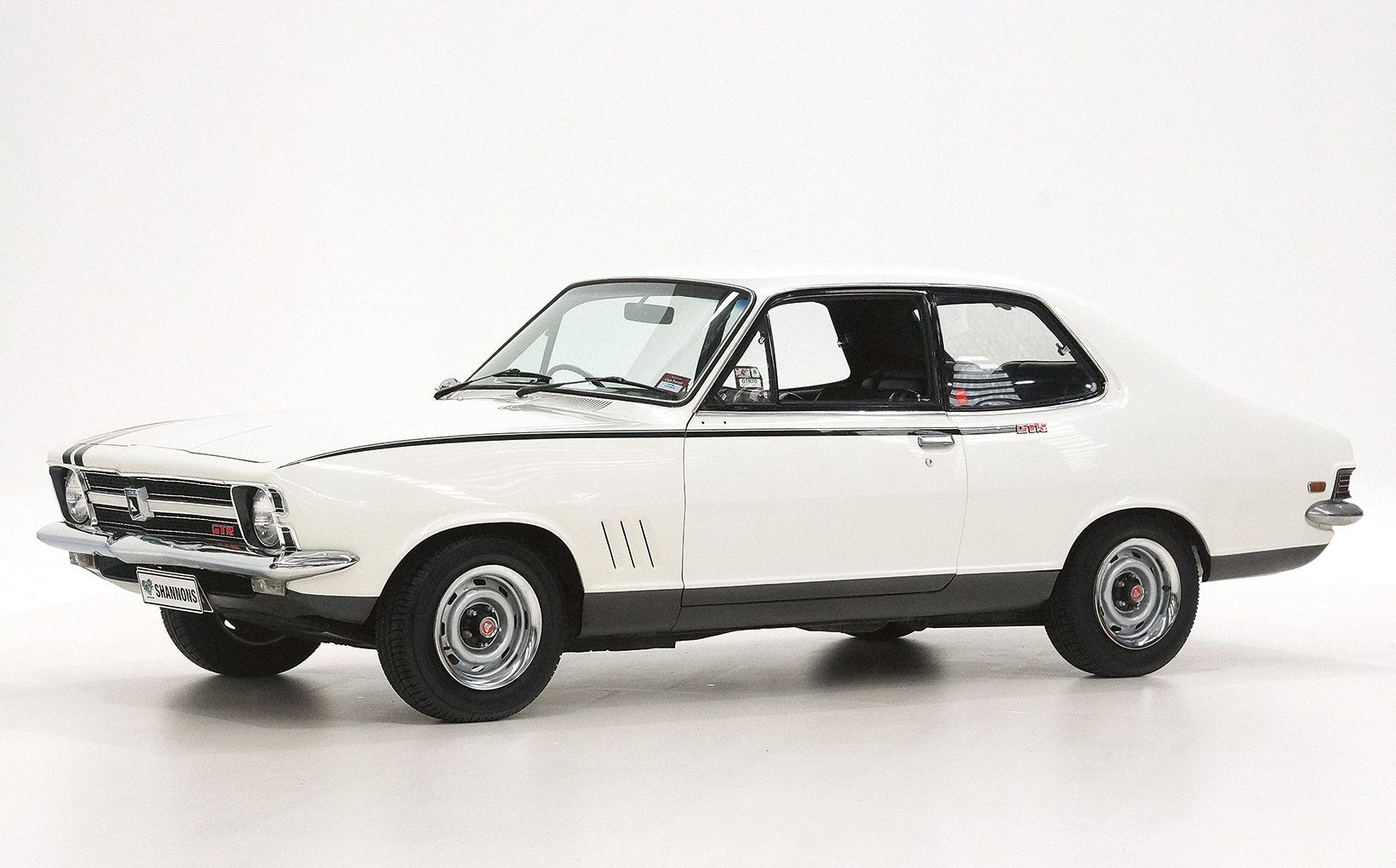 As a package, the GTR was the Torana equivalent of the 186S GTS Monaro of its day and similarly added a four-speed Opel-sourced manual gearbox, front disc brakes plus heavy-duty suspension, including a front anti-roll bar.

Finished in Classic White with GTR stripes and blackouts, the GTR is being offered with ‘no reserve’ in good ‘driver-level’ condition, with Shannons saying it could be enjoyed ‘as is’, or further improved, if desired.

As few of the 1,176 Torana LC GTRs made survive today, they are amongst the rarest and most collectible Torana variants, with Shannons expecting the GTR being auctioned to sell in the $50,000 to $60,000 range. 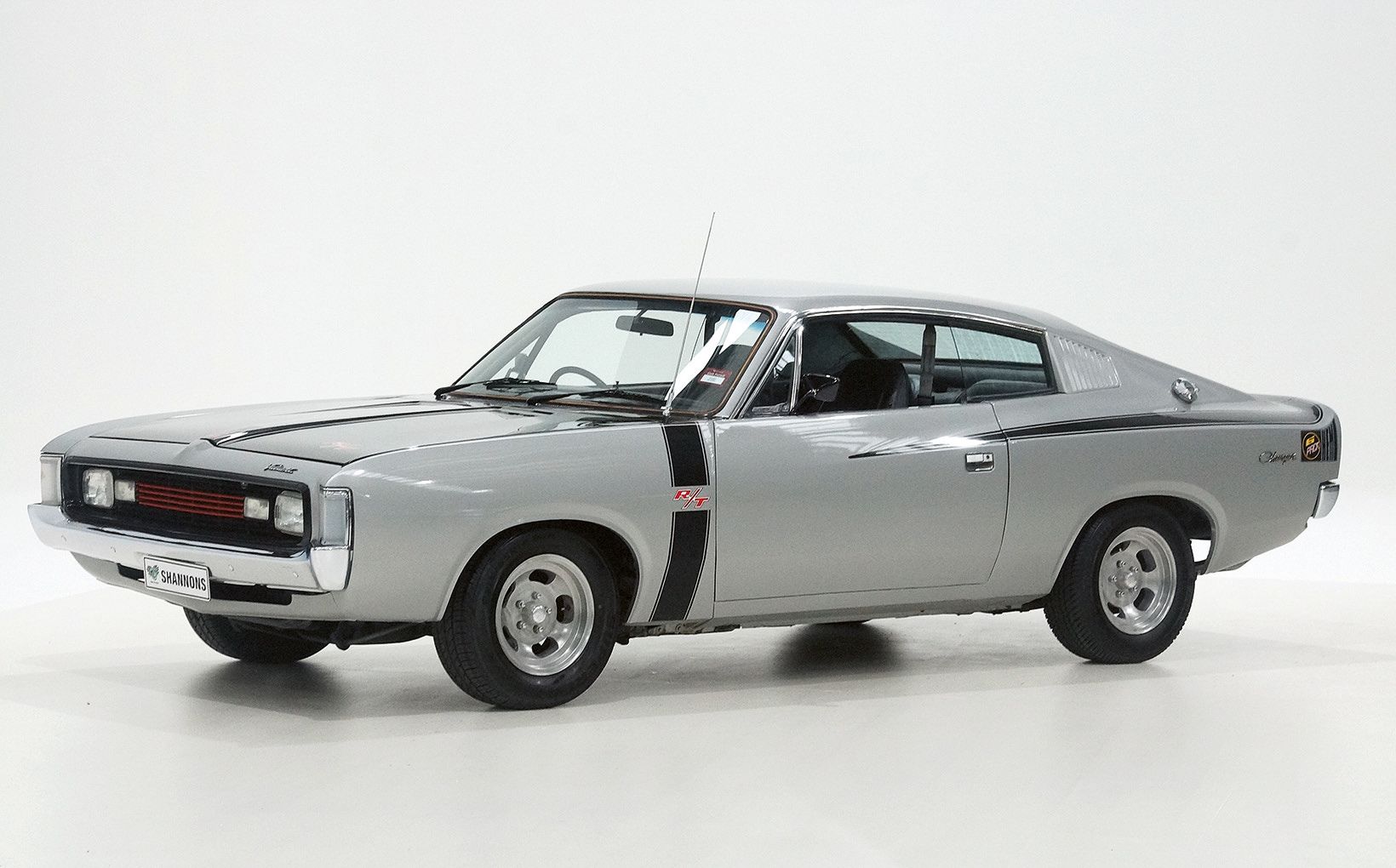 All E38s came with the Track Pack, which consisted of alloy wheels, stronger brakes, quicker-ratio steering and a limited-slip diff (with a choice of rear axle ratios), while a long-range 35-gallon fuel tank (code A84), better known as the ‘Big Tank’, was also available as an option for those who intended to race the car.

With performance close to the legendary Phase III GT-HO Falcon, surviving E38s remain very collectible Aussie Mopar products, with this example having been in the hands of the same enthusiast owner for the past 23 years, is expected to bring $160,000-$180,000. 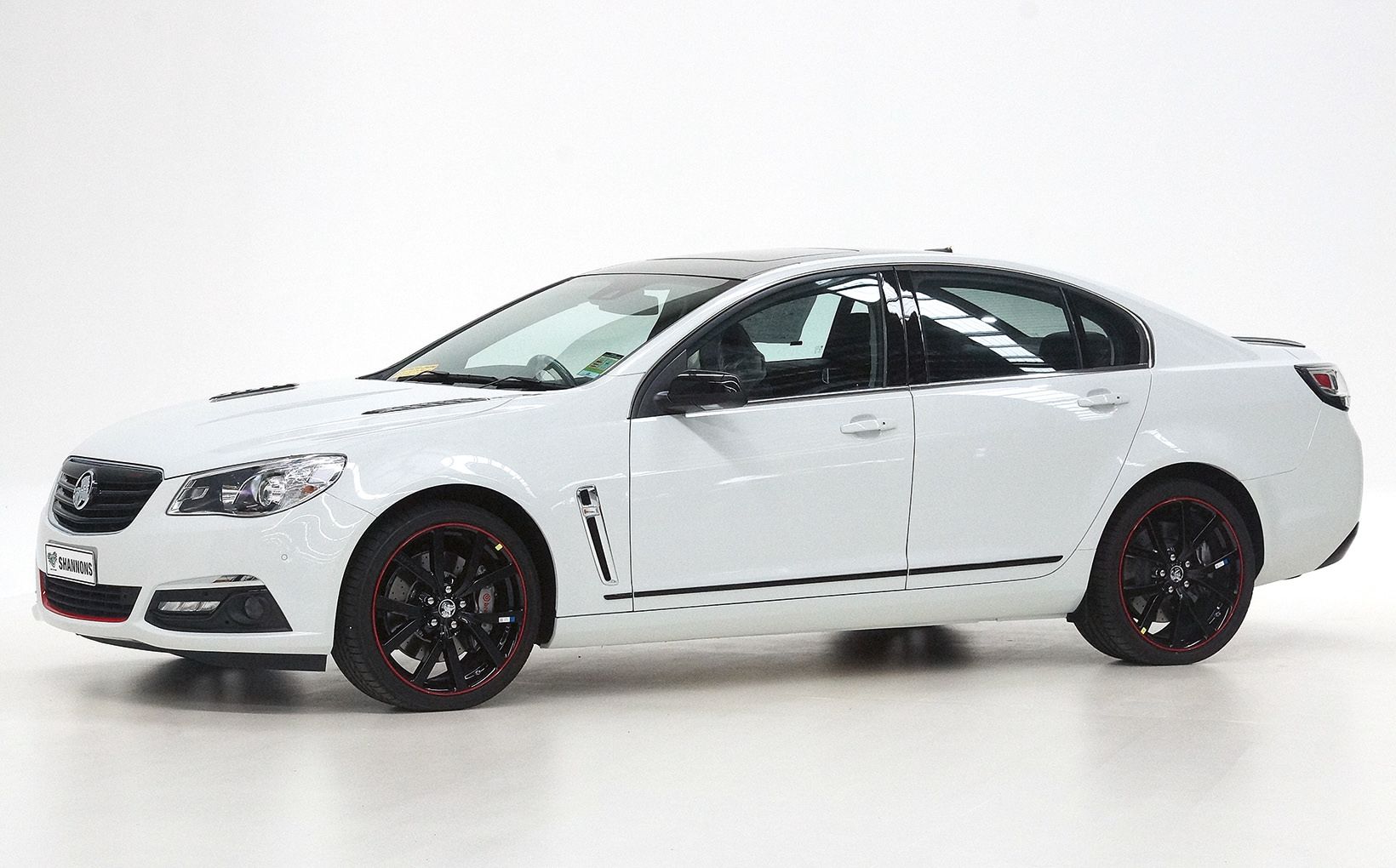 For enthusiasts of more modern performance Holdens, there is a stunning, absolutely as new, 2017 Holden VF-model Director – a limited-edition model based on the Calais built as the final iteration of the Australian-made Commodore.

Number 300 of 360 made and exactly as it rolled off the production line, this collectible Director has never been registered, has just 17 delivery kilometres on its odometer, still has the plastic protection on its seats and is yet to have its pre-delivery preparation.

Of the 360 built, 110 were offered up-front to Holden dealers and past and present employees, while the remaining 250 cars were available to the public.

The unique opportunity to purchase a now-collectible, brand new 2017, limited edition V8 Holden is expected to cost the successful bidder $70,000-$80,000.

Back to Bathurst and there’s a rare VN-model Commodore SS Group A sedan that was intended to be the base for homologating the model for Group A touring car racing.

Build No 80 of just 302 cars made, the VN being auctioned is fitted with unique blueprinted HRT-built engine – perhaps the only such private HRT motor built – but otherwise it is a factory standard Durif Red VN SS Group A in lovely condition throughout that has clearly been cherished by its current enthusiast owner.

Because of its potential collectibility and its excellent overall condition, it is expected to sell in the $60,000-$70,000 range.

There’s also a stylish and increasingly collectible bright red with red and black leather trim 2002 VZ Holden Monaro CV8 manual coupe that presents well for a car not quite 20 years old. These Monaros are now a classic on the cusp of collectibility and good buying because of it, with this example expected to sell in the $25,000-$30,000 range. 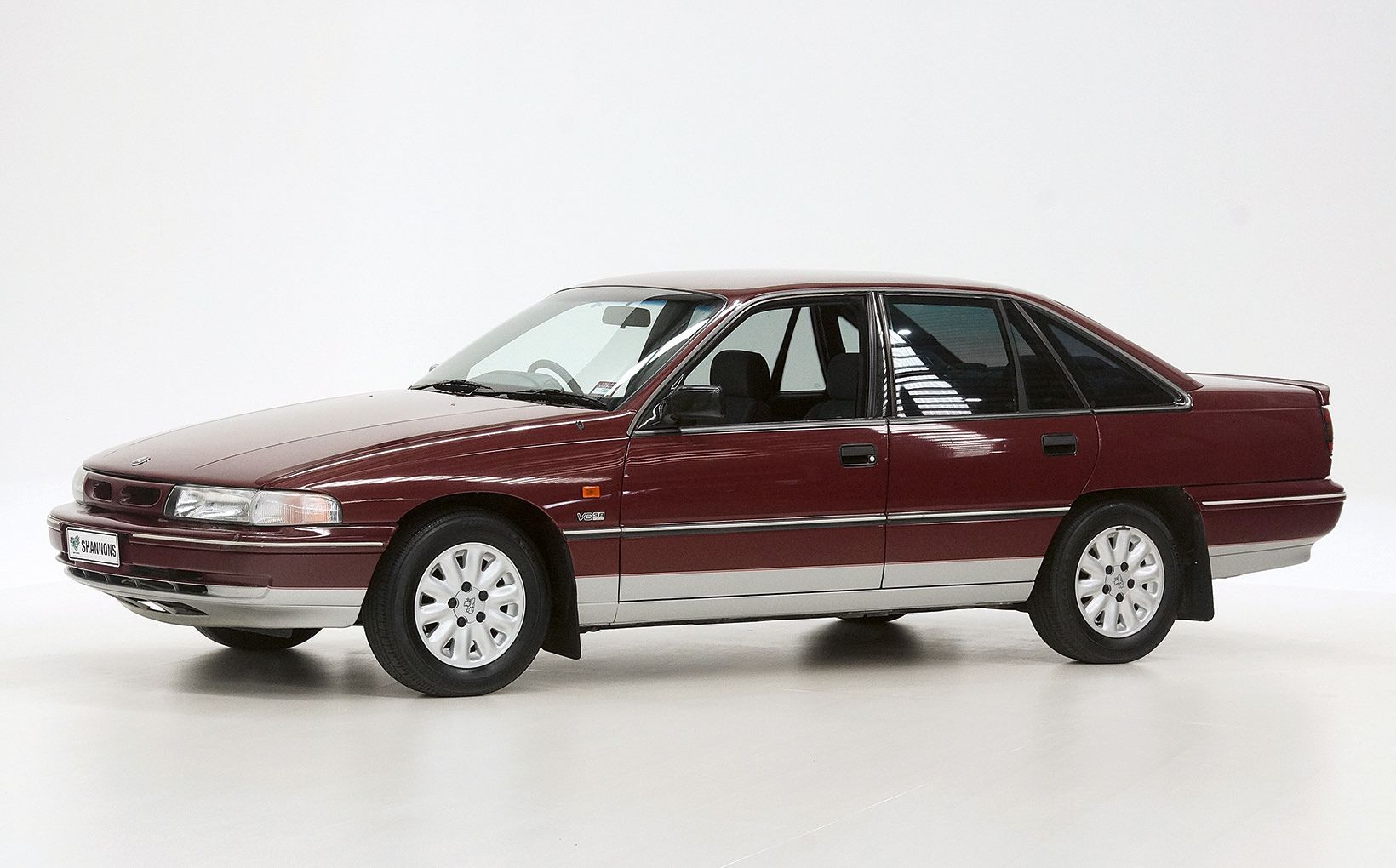 Finally, for HSV enthusiasts on a budget, there is a 1993 HSV-enhanced, VP-model Commodore +SIX sedan – one of just 58 built.

Cosmetically, the +SIX treatment added a subtle rear lip spoiler, a slotted Clubsport grille and a chrome HSV badge below the taillight on the passenger side, body colour bumpers, with lower contrasting silver paint treatment and 10-spoke silver alloy wheels.

Inside, SS-style 'Langton' front seats and Calais rear seats with headrests, were all trimmed with HSV velour amongst other enhancements. A VP sports dash with a trip computer and tachometer as well as air conditioning, electric front windows, electric radio antenna and cruise control, were all standard.

Offered with ‘no reserve’ in tidy condition throughout, but with a few expected battle scars given its regular use, the Commodore +SIX is expected to sell in the $8,000-$10,000 range.