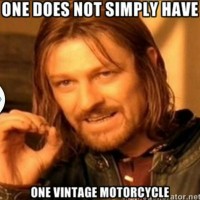 As a young kid in 1973 I would regularly see this big Competition Green TX750 twin parked with other new motorcycles at the Yamaha dealership in Bendigo. The bike was the Yamaha dealer principals personal ride as well as the shop demonstrater at the time. Nearly two years later in late October 1974, I purchased a new Yamaha DT360 from this dealership. 39 years later, in 2013 through circumstances, I learnt of this same TX750s existence at the dealership and that the dealer principal had passed away some 10 years earlier. His sons who were still running the business were now selling several dozen of the old 1970 motorcycles that had belonged to their late father. As I was known to the sons (a repeat customer after 39 years) they sold me the big Yam. It was in original and u********* condition, and had been upgraded with all the Yamaha TX750 factory modifications to improve reliability, which included the installation of the larger capacity oil sump, oil cooler and Omni-phase balancer chain tensioner. Apparently their father had ridden the bike 2 or 3 Times a year up until it was placed in dry storage in 1984. The sons assured me that this TX750 would be a good runner and with only 4,500 miles on the odometer and all the factory upgrades, it commanded an unprecedented premium for a TX750 at that time. What the hell, I always wanted this handsome Competition Green TX750.. one previous owner.

I got the bike home, cleaned the inside of the fuel tank, changed the engine oil, put fresh fuel in and connected it up to a car battery. Unsurprisingly, after half a dozen 6 second turns on the electric starter the engine came alive. Not too shabby for something that hadn’t run for 30 years!

I have since had the bike fully serviced by a Yamaha XS/TX specialist, new tyres, fork seals, chain, battery and front hydraulic brake master cylinder and hoses.

As background these TX750s were developed as a direct competitor to the British twins of the day, as well as the early SOHC Honda 750 Fours, but the first model TX750s lacked the usual Yamaha reliability in standard launch form. They are however much smoother to ride than the Honda (I owned a K6 750), faster than an XS650 ( I owned a TX650). The TX750 is an underrated motorcycle, it is an absolute pleasure to ride, good handling, good tractable power and with the factory modifications are reliable and considered one of the most handsome Yamahas to have ever been built. Look at those engine lines and the longest megaphones of the era. Only about 33,000 units made over two years 1973/1974 and not many left now. Most motor cycle enthusiasts have never heard of this model let alone seen one or ridden one. They now have quite a “cult” following worldwide. 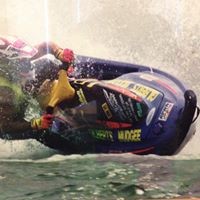 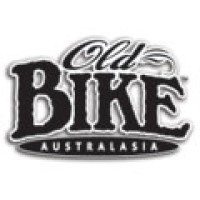