It’s true, that just about everywhere motoring enthusiasts gather, you’ll see the famous Shannons colours and more often than not, Shannons people wearing them. Shannons, from its inception has been a major participant in the Australian Car and Motorcycle Club movement and events across the country.

Why, because Shannons are true enthusiasts. They support the events we all enjoy and the car movement we belong to. Shannons also offer the best and most flexible insurance cover on our most prized possessions - including our cars, bikes and even our homes. 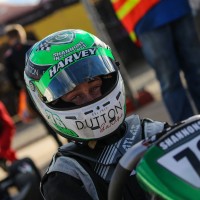