This car was bought by my Grandparents in the early 80’s from a guy that had bought it new in Whyalla, SA. He had relocated to Vic when he sold it, and he had used it as his salesman’s car.
These cars were cool in the day and were expensive to insure because they were classified as a Sports Car. My Grandmother was not impressed when she went to insure it, but I guess she loved it because they kept it on the road until 2000 and something when my Grandfather got sick and he was no longer driving.
This car was ordered with the C2 option pack which includes integrated air-con, black sports cloth seats, added tape player with dedicated rear parcel shelf speakers. This makes it possible to have the radio playing through the single front dash speaker and a tape playing through the rear speakers.......early Multi zone multimedia system perhaps?
This car was optioned with the 5 speed manual......thank God!!
It also has a rear window louvre which has protected the original Datsun dealer sticker from "Nihills Datsun.....your car man"!

So, the car sat under a tarp at my parents house for about a year, suffering a couple of outings in the hands of my younger cousins that apparently thrashed it because it was old and slower than a commodore........until I decided to save it.
The poor old girl was extremely neglected, pieces of the interior were hanging loose, dirty, unloved.......
I put a battery in it, went for a drive and I was hooked, even though the carby had a low down issue, I loved how direct the steering was and how it sat flat around the corners. These cars only weigh around 1200kg.
She’s a real little rocket, hence my kids dubbed it "Red Rocket".
It only took a weekend to get it tidied up and a few weeks to sort out some rego issues, new wheel cylinders, tyres, tune up.
Registered with the original Vic plate and back on the road, the Red Rocket served as my work vehicle and school run chariot for over two years before we upgraded to a modern station wagon.
The attention this car gets on the road is amazing, and the comments from strangers when parked were frequent. You don’t see these just driving around anymore......

Sadly the car has been parked up since 2009, under cover in a shed, it gets started and ran around the property semi regular to keep everything limber, and I love every time I drive it.
Time for club rego I think......My wife asks "how many cars do you need?"......I don’t know how to answer that :-P

The Rocket has been on club registration since December 2013 and is being driven regularly :)
My eldest daughter received her learners permit early 2014 and has been driving mostly in this car as it is a manual and forgiving to drive, she loves it...... 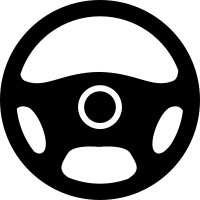 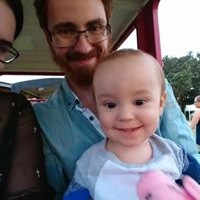