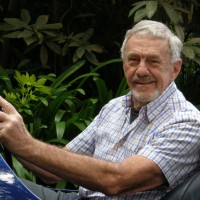 I had always wanted to own the Dentry Brooker and it was in 1964 after hearing vague rumours of its supposed whereabouts and condition, that I went on a mission to find it. Fortunately I was able to track it down and it was only when I happened to see the sun glint off a dull aluminium shape, and I backed up for a closer inspection, that I discovered the car, in a very sad state, rusting away and being slowly eaten by snails, with long grass growing all around it and nearly completely obscuring it! It was in a backyard somewhere near Dandenong. I was able to negotiate the purchase of the car and the rest is history. I made it my lifeÃƒÂ¢Ã¢â€šÂ¬Ã¢â€žÂ¢s mission to eventually restore it and it made its proud return to racing in 2005.

The Brooklands competed at Phillip Island, Nar Nar Goon, Aspendale races, hill climbs, sprints etc.
A cozette blower was fitted by Barney in 1931, it appeared in supercharged form at Aspendale in five handicap events. The car was on scratch in all five and managed four first placings and one second. The engine ran normally aspirated in all its A.G.P. appearances.
I completed restoring the Brooklands in time for the Historic Race Meetings at Phillip Island on the 25th, 26th and 27th February 2005. The car performed faultlessly. My son, Mark and I drove it to and from the event and it won its class in both races

I have raced at Calder Park, Winton, Sandown, Phillip Island and Speed on Tweed.
At Historic Winton in 2005 the Brooklands won the award for Best Presented car. There were 460 cars entered
In the same year at the Riley Motor Club Concours Dâ€™Elegance the Brooklands won three awards: First place Pre-war, Best Riley on the Day and Best Coventry Riley

The car has been lovingly restored, in fine detail, to be as true as possible as it was when raced in the 1930s by Barney Dentry and his wife Bess as riding mechanic!
The main modification that has been made is to convert the brake actuation from cable to hydraulics. 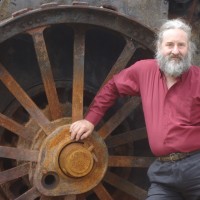 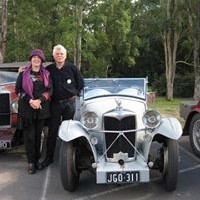