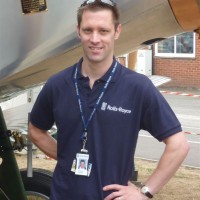 This 1960 Royal Enfield motorcycle was originally sold by P H Sharam Ltd of Torquay, England in 1960. I purchased it in England in December 2004 and am only its third owner. It was in pretty rough, non-standard condition and I carried out a full restoration returning it to original condition. Having researched the model with the Royal Enfield owners club it turned out that it was quite a rare type of the Meteor Minor model being a 'sports' variant. As well as the reconditioning of all parts many parts had to be sourced to return it to standard condition, these included Wheels, Front forks and brakes, toolbox, seat, horn and exhaust.
The sports model differed from the standard Meteor Minor models by having Chrome mud guards, lower handlebars, smaller chain guard and a sports camshaft.

This motorcycle is mainly standard but has a few internal modifications to the engine to improve reliability. 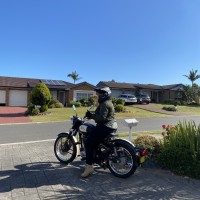