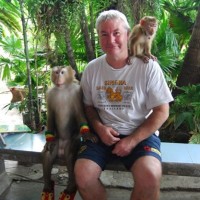 Has been rewired and is now 12 volt . Electronic ignition installed and had a stereo put in and head unit hidden in glove box .