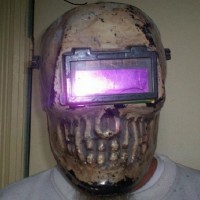 Bought this when I was in my mid teens and was my first car. Origionally built by Jim Rundle in the seventies it has the origional steel over timber frame bodywork (except for front guards which are fiberglass) which combined with the lack of glass, creature comforts etc and unboxed chassis means it weighs in at just over 1/2 a tonne so the 4 cyl pushes it ok and 4.56 rear allows for pretty wild takeoff.
Photo here is 1989 ASRF nationals in Canberra where I blew the engine the day after this, car was then. trailered back and had a second (old) engine fitted as was my evertday car at the time however this one died later on and the car was then stored in my parents garage (I had a mini by this time as was sick of trying to keep all the chrome under it clean and the cold wet winters etc).
It sat complete for several years however a dishwasher leak above it (garage is under house) took off the paintwork along the bottom edge of body, top of valance panels etc, requiring full teardown (unfortunately it was also blocked in unable to be easilly accessed until about 12 months ago as my Fathers car collection (2 1950's Morgans, a moke, a 51 morris minor, a 1919 Ford T coupe and a series 1 landrover - all in various pieces- were in the way.)
Car is now back home with me however without a garage is an almost bare chassis (still has rear tub section attached rear doors foward is removed and preped for painting (was hoping to have done last summer but life said no).
Final paintwork is to be black with green pearl flake base colour and silver to candy green full length flames along with a lot of 'modernising' touches to interior and chassis/suspension and finally (when money allows) a cosworth version of the little 4 cylinder and 5 speed box (needs its origional 2000cc ford engine for re rego as has no other ID Tags)

initial engine is balanced blueprinted ford 2000cc (for ID number to allow back to 'as was' full rego status) running the standard head mild cam singleweber etc for initial breakin period then uprated to modded head featuring far wilder cam, twin 48 mm delortos etc once run in
final engine plans are to bring in either complete (wrecked) 4 door cosworth sierra turbo for the engine running gear, ecu etc or to import the engine gearbox assy only and fit with small roots type blower and (as yet unkown suitable carb setup) rather than the turbo/efi system the sierra normally runs.

other changes planned are full respray as mentioned, full retrimming the interior (including buckets set into front and rear seats) and large amount of detail upgrading throughuot underbody and engine bay 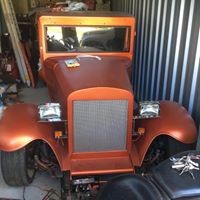 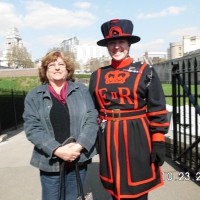