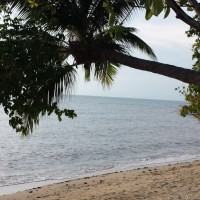 Bought this car in 2007 and did a few improvements, overall in good condition but engine felt worn-out. Set out in 2016 to rebuild the engine and fix the rust, the worst rust was under the front windscreen rubber, had to replace the whole plenum taken from another car.

I wanted to keep the car close to original, luckily it was never fitted with LP Gas like most of them. Looking at the motor its hard to understand why it was so detuned, I guess it was emission control laws, but the engine came from the factory very detuned, I just had to go back to the early Chrysler LA parts book and take what was there to make the engine what it should have been. Heads were the worst, tiny valves (same as Hemi 245), low compression (8.2:1), 2 BBL, low rise, small runner factory inlet manifold, very low lift cam with retarded timing. There is nothing you can do with the heads, they are open chamber smog heads from the US, I looked at adding 360 heads, but compression very low, fitting 360 or even 265 valves, but all the head work in the world will never make these as good as a 340 X head. So I added aftermarket Steven's alloy heads, closed chamber/swirl, 2.02" inlet and 1.6" valves, hardened seats, double valve springs, way bigger runners and ports. These heads are very similar to 340 X heads. I also fitted a 1978 US factory 4 BBL dual plane manifold that has higher risers and the ports match the heads, it is a spread bore and normally takes the Carter Thermoquad. I have found a new 400CI Dodge truck Thermoquad with the larger primaries and will fit this with the ELB. It is now possible to buy a re programmed ELB computer that opens up the performance, should be way better than old points or electronic ignition, ELB is almost as good as fuel injection in terms of ignition tuning precision. I added a RV Torque cam, very close to 340 specs and flat top pistons, although I didn't zero deck the block. With the 58cc Chamber heads the compression should be around 9:1. I have modified the original ELB air cleaner to fit the Thermoquad and utilise the cold air intake under the left hand headlights.

Hope to get the car finished this year, I am working overseas so hard to get time. 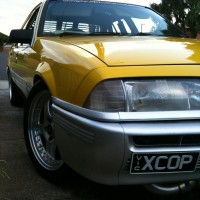 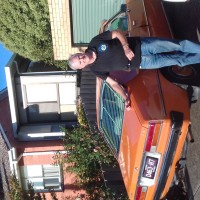