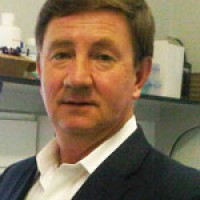 She is an early 250SL, bought new in London by Henry Drettman, of Active Tool and Manufacturing fame, who purchased the car as a gift for his wife on learning that she was pregnant with their first daughter. The Drettman family had been in the automotive industry since 1903 and Henry Drettman was consulting to Ford UK and living in London at that time.
In late 1968, the Drettmans returning to Michigan, to their ancestral home and brought the car with them. The car was treasured but rarely used as it was RHD in the very LHD-centric country.
On the death of Mrs Drettman in 1995, the car passed to Kaye, the daughter whom the car had first been purchased in celebration of. Kaye Drettman kept the car until 2012 when she was transferred to Florida University, where the lack of A/C would have been an issue.
She sold the car in January 2012 to Graham Wadsworth, an Australian born automotive design engineer working with Jaguar USA in Detroit. Graham bought the car to bring back with him to Australia but by the time it arrived in Melbourne, Graham had been transferred to the UK to lead Jaguar’s F-Type design and engineering Centre.
I purchased the car from Graham in late 2012 and it shipped to Perth, Western Australia.

While she has only covered 60,000 genuine miles from new and is in remarkably good all-round condition, some refurbishments would always improve her.
The engine bay has been stripped and repainted and everything plated, painted or restored as required to bring it to show standard.
All chrome work was stripped, restored and replated to factory standards.
The hardtop had a back to bare metal respray, new seals and headlining and all chrome replated.
The soft top frame was restored and new Germany hood installed along with all new seals and rubbers all round.
Other updates included a period correct Becker style radio with Ipod and SD card interface. New windscreen and seals, new red-walled tires and new suspension bushes.
Everything is now fully restored and "as new" as possible while maintaining 100% originality and the reuse of original parts wherever possible. 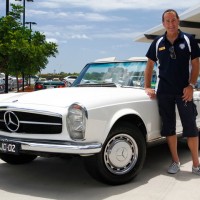