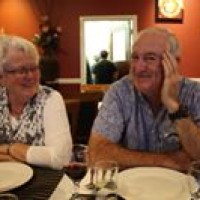 "Emily" was purchased by us in 2003 from an auction at Narrabri. She had been fully restored in 1996 by the owner, a cotton farmer, who was selling off all his beautifully restored Chevrolets. She is number 347 off the Holden production line. She often wins trophies at National Chev shows and other local events. We drive her to most places and she has done several thousand miles in the time we have had her. She cruises comfortably at 50 mph. We did trailer her to Adelaide in 2010 to take part in the Bay to Birdwood run, not because she wouldn’t have made the distance, but because our arms would have dropped off driving her for 1000 miles +. She was the last car to be auctioned when we bought her and I was determined to win. She has a twin that lives in SA, the only difference being that Emily has a dicky seat. 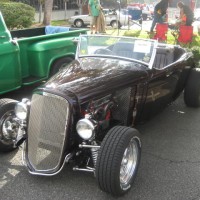