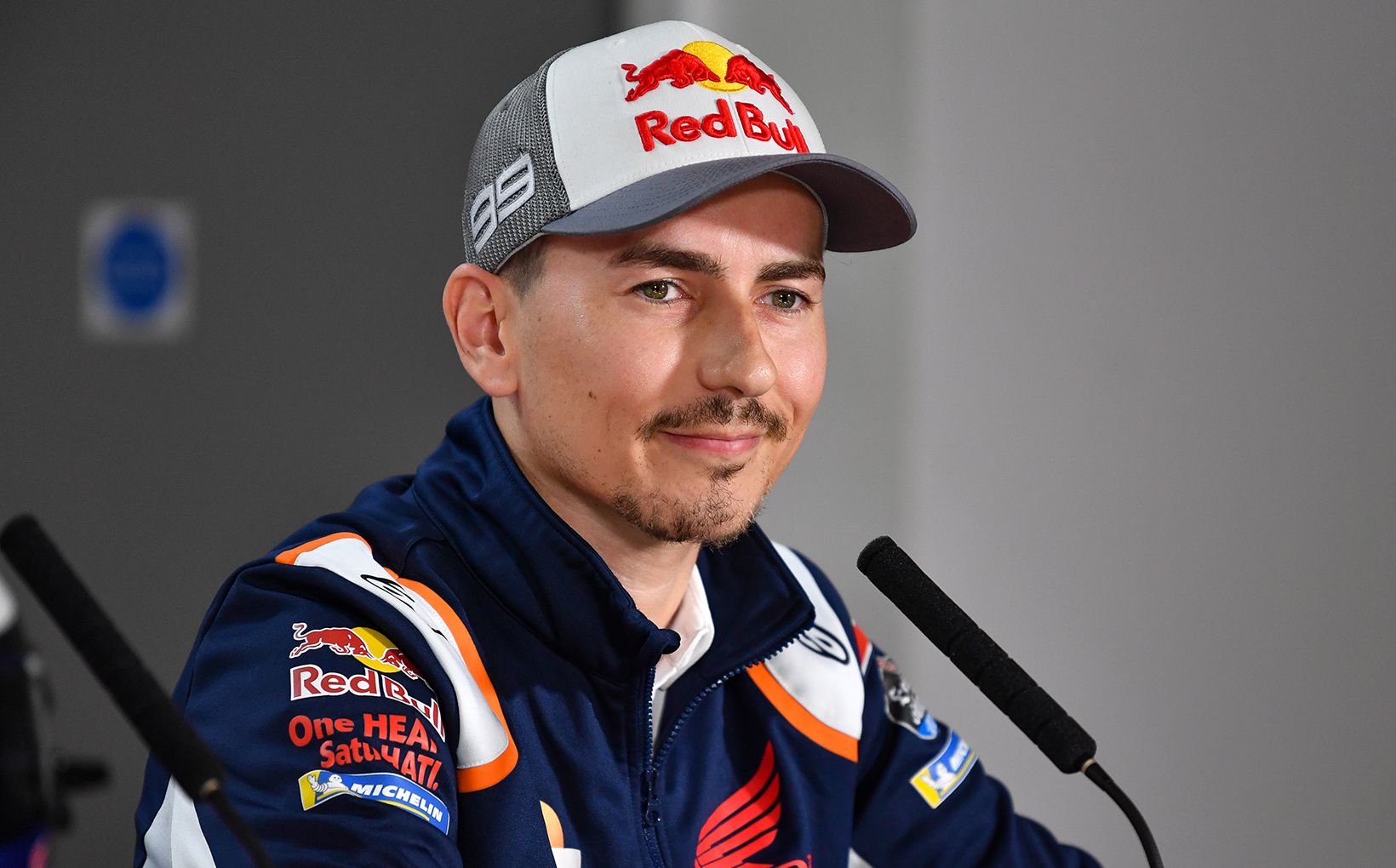 The British MotoGP has arrived and we are excited to see what takes place this weekend with the track surface fixed and Jorge Lorenzo smiling as he returns to his beloved #99 MotoGP Repsol Honda bike. Without a doubt, Lorenzo was happy when interviewed in the press conference as the time away from the track is the longest in his 17 year career. The injury list in 2018 and 2019 has been substantial and his recovery a very important timeline to adhere to. It has become known that Lorenzo had doubts about his life and career. Recovering from a back injury in particular a fractured vertebrae is incredibly difficult. JL99: “I think this is the right time to come back because you can lose a lot of speed and a lot of pace if you stay so much time out of the competition.” We totally agree with his comments because the more time you spend on the bike, training and in the zone mentally, the stronger you are in comparison to others. JL99: “While away from the track, I have been working hard to be as ready as possible for Silverstone but I know it will take some time to get back up to speed. I am pleased and ready to be back with the team so we can keep improving and get the results we know we can achieve.” If you isolate and analyse Lorenzo, you will find out how strong he is considering his injury usually takes three months to recover completely. It is a brave and bold move to return and get back on a bike that goes very fast and at a circuit that is quite demanding. The goal is to get back to a strong performing standard. No miracles are expected this weekend with a win or podium finish. Lorenzo has to stay on board, bag the mileage and be looking at the long game which is also the season of 2020 where he has a job to do, that being a World Championship. 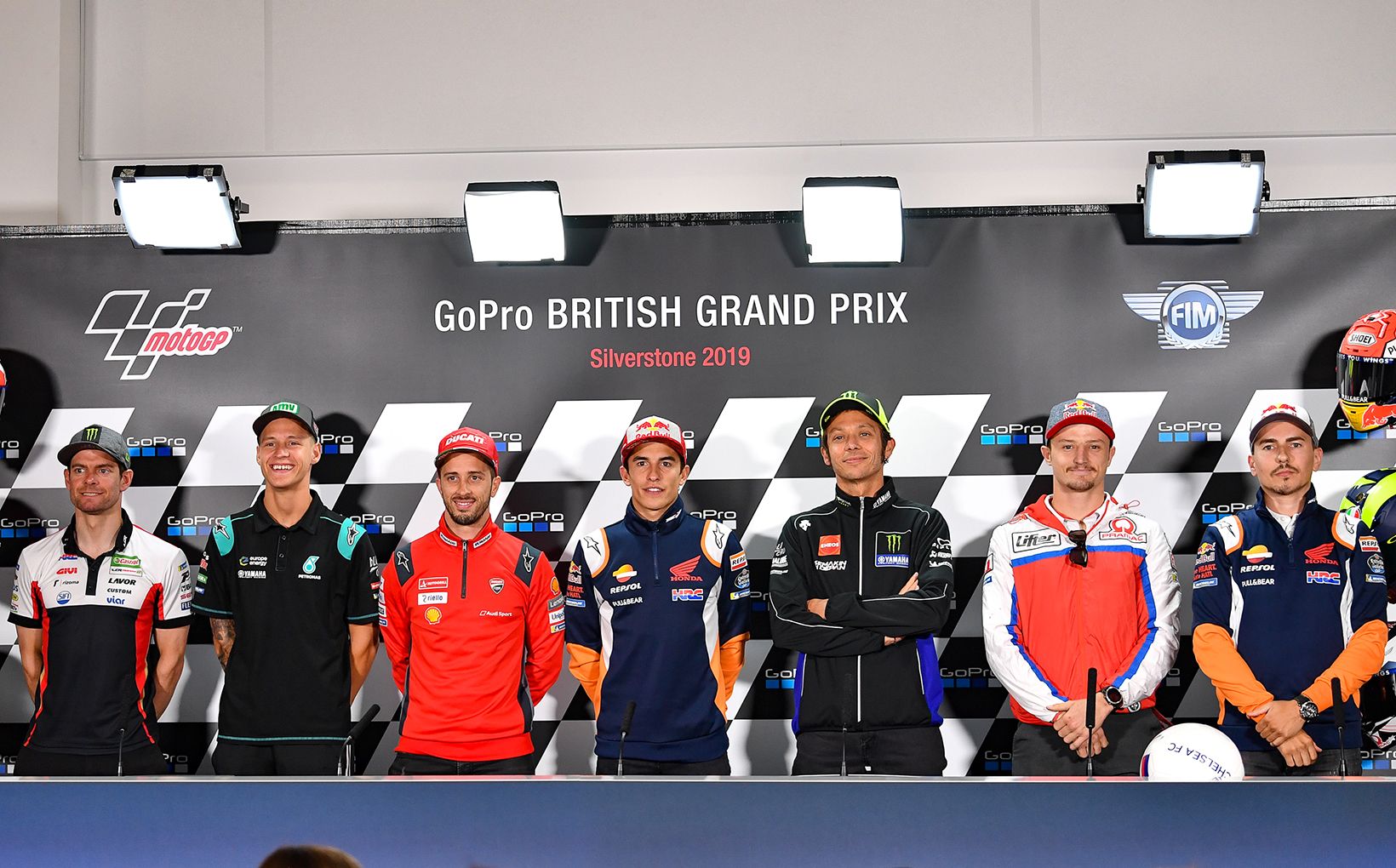 The Silverstone circuit is a leveller because there are no first gear corners leading on to the straights. You are hooking up gears and in full throttle a lot of the time. The engines with less acceleration or wheel spin are more even. Phillip Island is another place where the bikes level out. It brings a battle! A fast lap equals momentum, rhythm and consistency straight from the first corner. 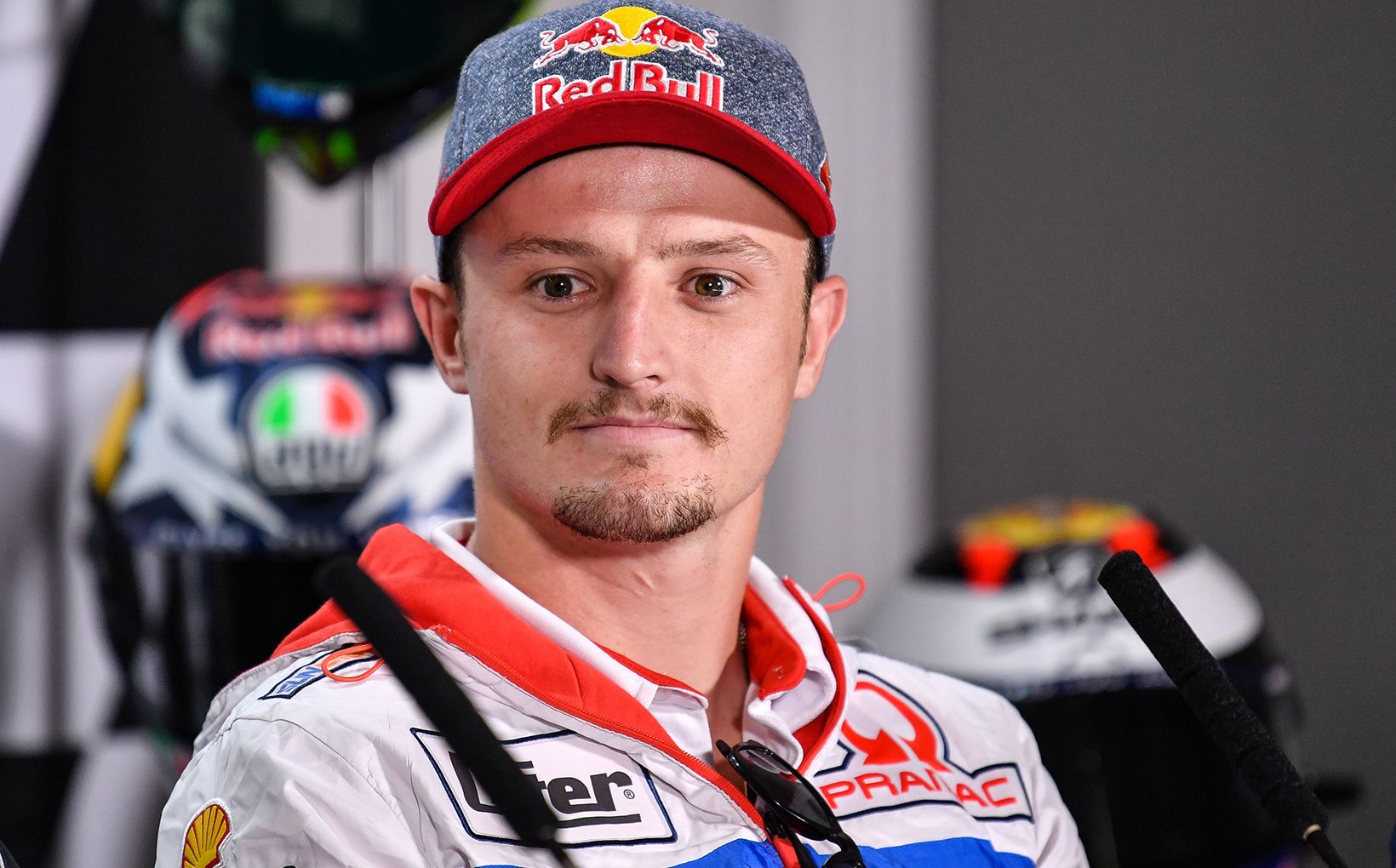 Could it be an opportunity for Australian rider Jack Miller to conquer another top notch result? With that being said, KTM offered Johann Zarco’s job to the Jackass as a result of what transpired in Austria. Thankfully for Ducati and Miller fans, he resigned with Pramac Ducati for another year and with a factory bike in 2020 which is a game changer. Miller is grateful to have reached the agreement because the relationship has been comfortable from the start. It is the complete opposite to KTM who are in turmoil and trying to decide who takes Johann Zarco’s ride after the French rider decided to break his contract and mutually end a two year factory contract. He has not enjoyed himself for months so he would rather not race which is quite sad to hear. Right now, Zarco is feeling out for a MotoGP test ride though his 2020 outlook is very dark. 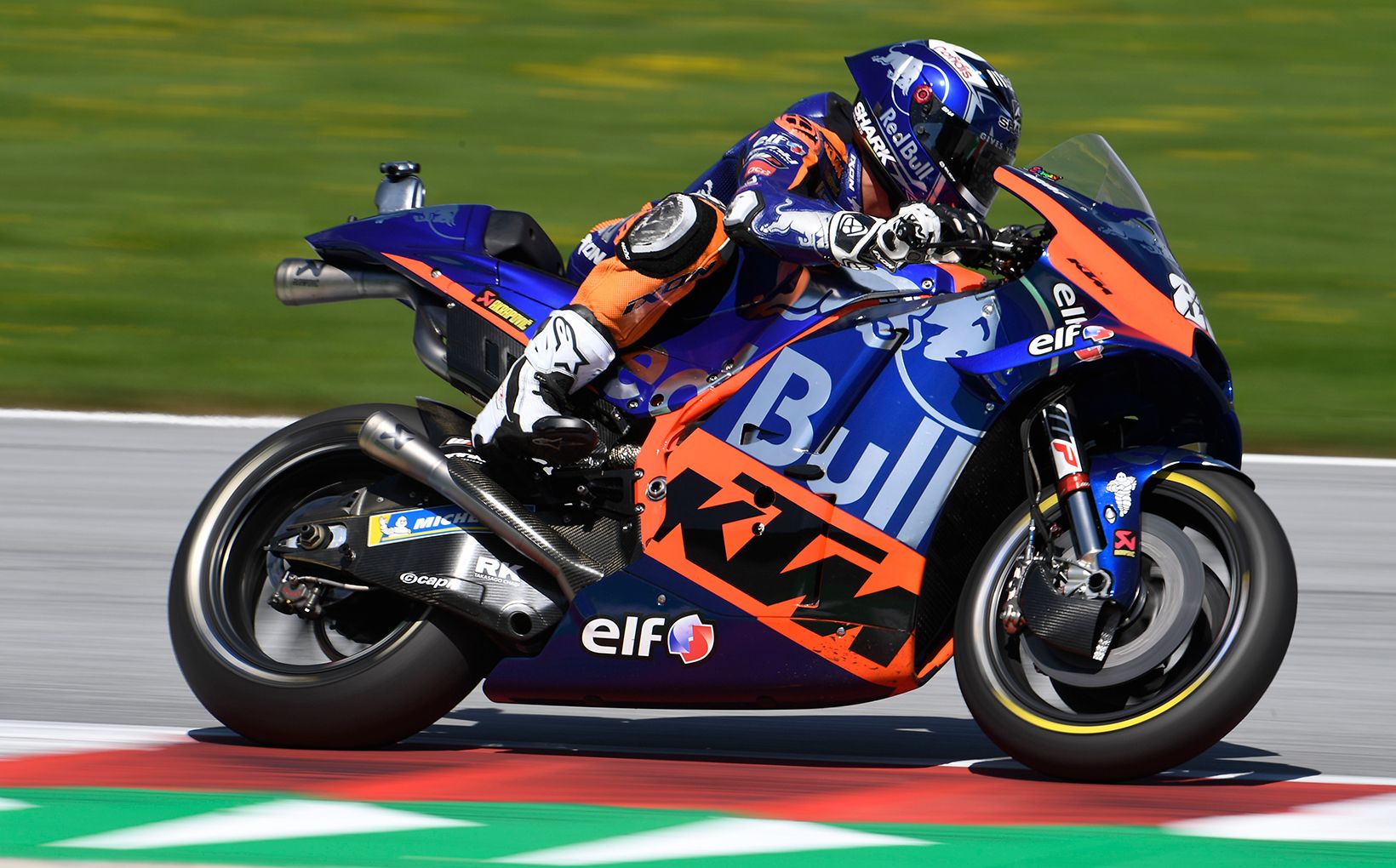 In following on from the disaster fall out, the amount of money on offer is substantial however it is hard work for those involved to decide if they allow Brad Binder straight to the top bike or promote Miguel Oliveira who has been with them for a decent period of time as well under the KTM brand. It is a tough call! MO88: "Silverstone is always a very interesting Grand Prix, mainly because of the weather. We always have quite low temperatures and tricky conditions. After the great weekend we had in Austria, I’m looking forward to continue the good work with all the team, be closer to the top 10 and continue the hard work. Now we are very motivated and in a very good shape to continue on this line. The track itself is very challenging, it’s very long, there are many fast corners, but also hard braking points, so it’s a mix of everything that a circuit can offer. It will be interesting to ride a MotoGP bike there." Media has been told to avoid asking questions of the Portuguese rider because he wants to focus on his job at hand which is fair. 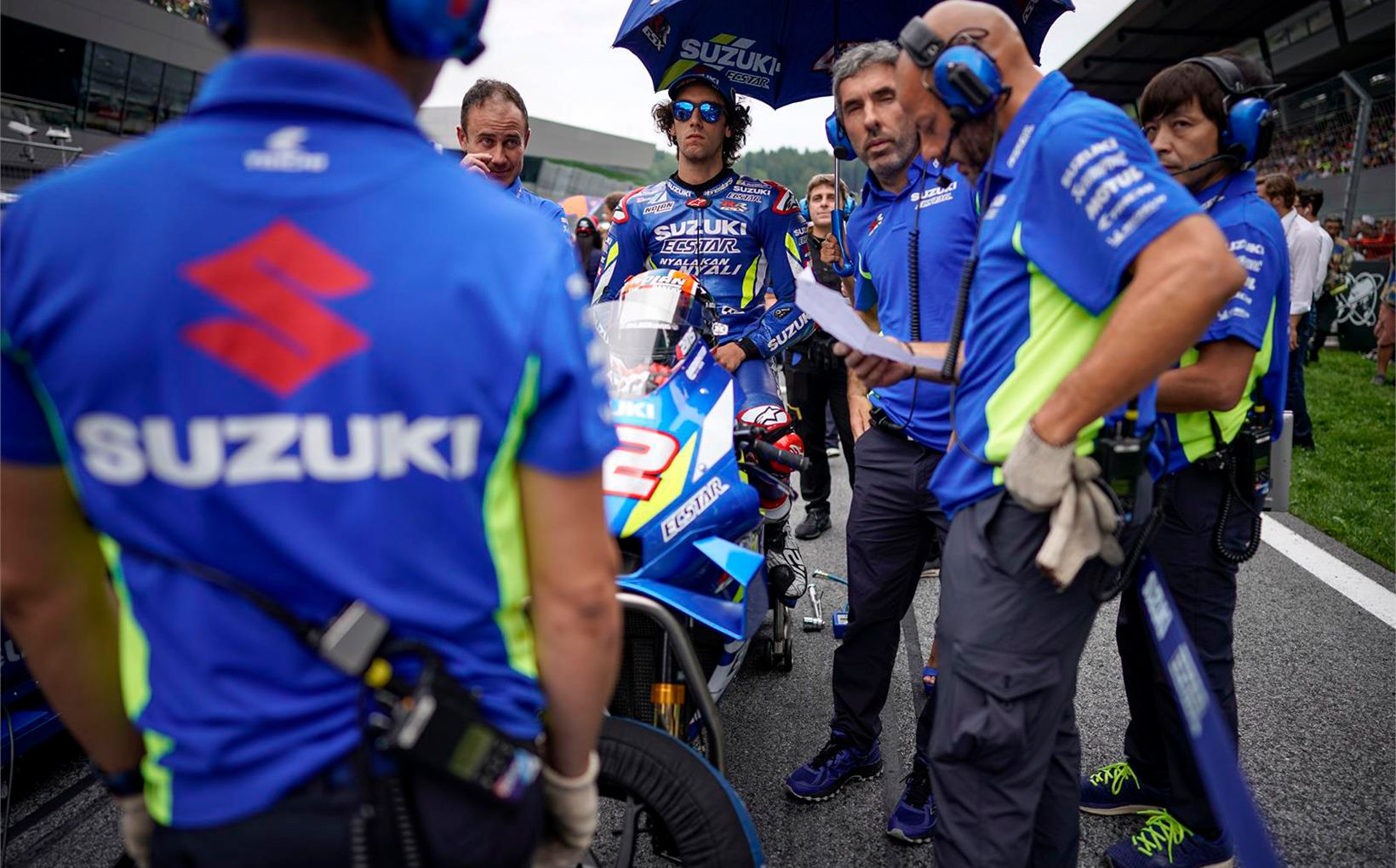 Mentally and physically, if you are feeling good, at this level, you can click straight back in to a momentum of greatness. No doubt, pushing the limit at Silverstone is a challenge because if you make a major mistake it can end in injury and also disaster for a World Championship. Marc Marquez is relying on luck in a way because at this circuit you have good and back luck. MM93: “It is a circuit I like, one of our weak points on this track was the bumps but looks like they have resurfaced in a good way.” He liked the look of it from his bicycle when undertaking the sighting laps. MM93: “Stay focused and try to fight on Sunday for the best position” is the Marquez mentality and a battle is bound to take place with those chomping at his feet including Andrea Dovizioso, Alex Rins, Miller, Fabio Quartararo, Valentino Rossi and Danilo Petrucci to name a few. The reduction of the bumps will be key for the grip levels plus happiness of the riders. 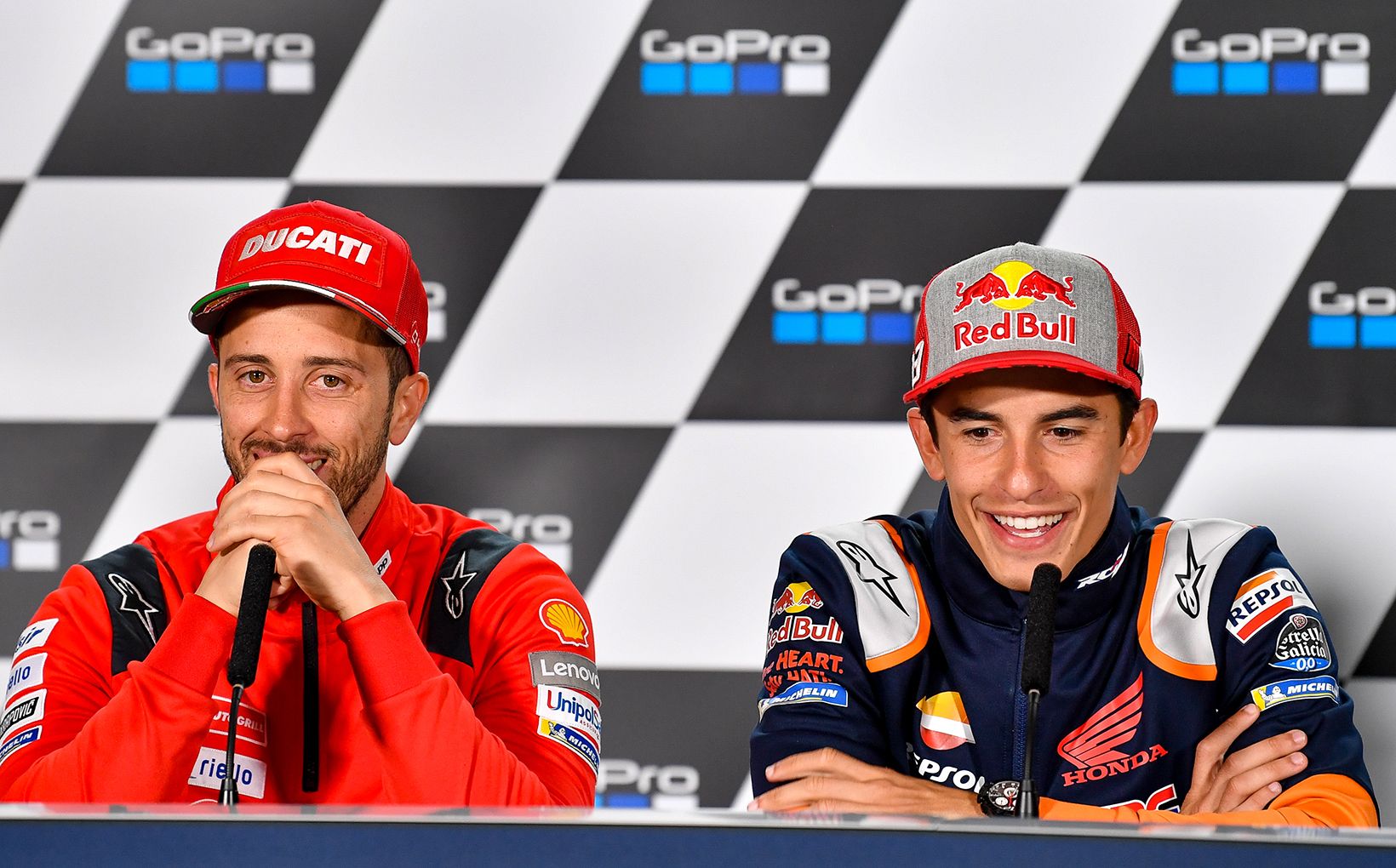 Unfortunately, Joan Mir will miss the race as he is still recovering from a serious injury which has sidelined him due to the severity of impact. He has been told to keep undertaking his rehabilitation and come back when he is able to push hard. The accident that took place will have shaken Mir’s confidence and mentality so when he does return, getting back on the horse will be vital to his success for the remainder of 2019. It is only now that Mir can begin training and aim to enjoy the test at Misano where it is anticipated he will be 100%. Teammate Alex Rins is aiming to improve and reset after a disastrous few races. Rins: “I’m heading to Silverstone with a lot of motivation, I will aim to give my maximum there because it’s a track that I really enjoy and my current feeling with the bike is positive. It will take some time to check the new surface, and of course the weather can have an impact on the race weekend, but I think I can secure a good result either way. I’d like to send my best wishes to Joan as he is still recovering from his injury.” A similar state of mind is felt by DesmoDovi who is on cloud nine. Winning in Austria allowed the old Dovi to appear and smile. Riding the red beast at Silverstone is fun and really nice so we look forward to seeing him in action. AD04: “Nothing gives you more satisfaction and confidence than a victory, and so we come to Silverstone with our moral sky-high. Our result at the Red Bull Ring didn’t come about by chance, because we worked really well over the two successive race weekends and the results proved us to be right. Even though the characteristics of the British track are not as favourable to us as Brno and Zeltweg, we have already shown that we can also be quick at Silverstone, like in 2017 when we won the race. As always, the weather will play an important part and we have to be ready to adapt to any circumstances." He may smile at the press conference event with Marquez, however, the battle is far from over between these two superstar motorcycle riders and heroes to the fans of the sport. 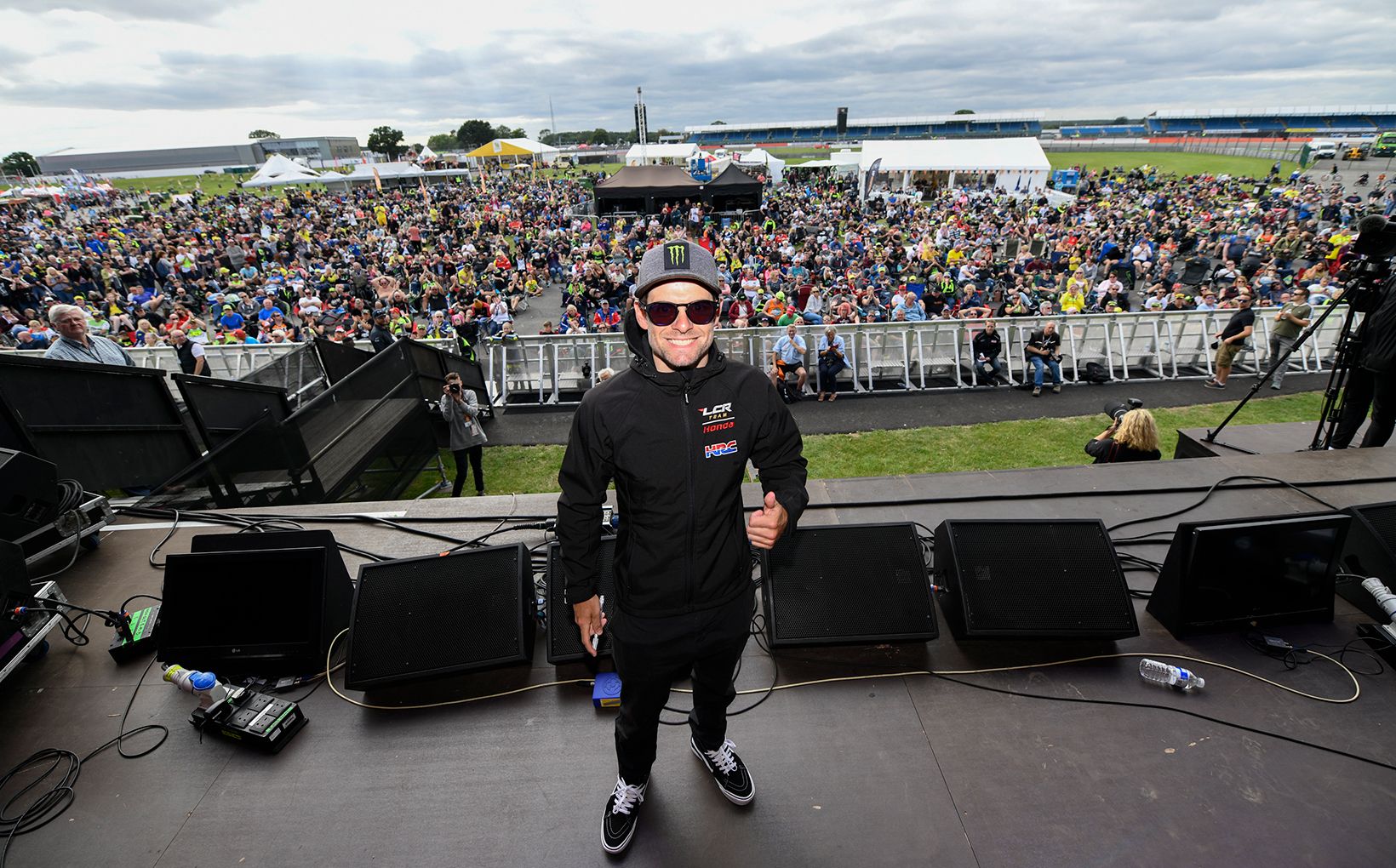 Finally, local hero Cal Crutchlow is excited for his home race. He is full of life at this event and really enjoys the circuit itself where he can give his best for a top result. With a fully resurfaced track Crutchlow wants to enjoy the weekend whilst it is very busy. Success would be a nice way to end the weekend. As the practice sessions get underway and qualifying arrives, who is your pick to take advantage of the resurfaced Silverstone circuit and seize the opportunity to celebrate in style!