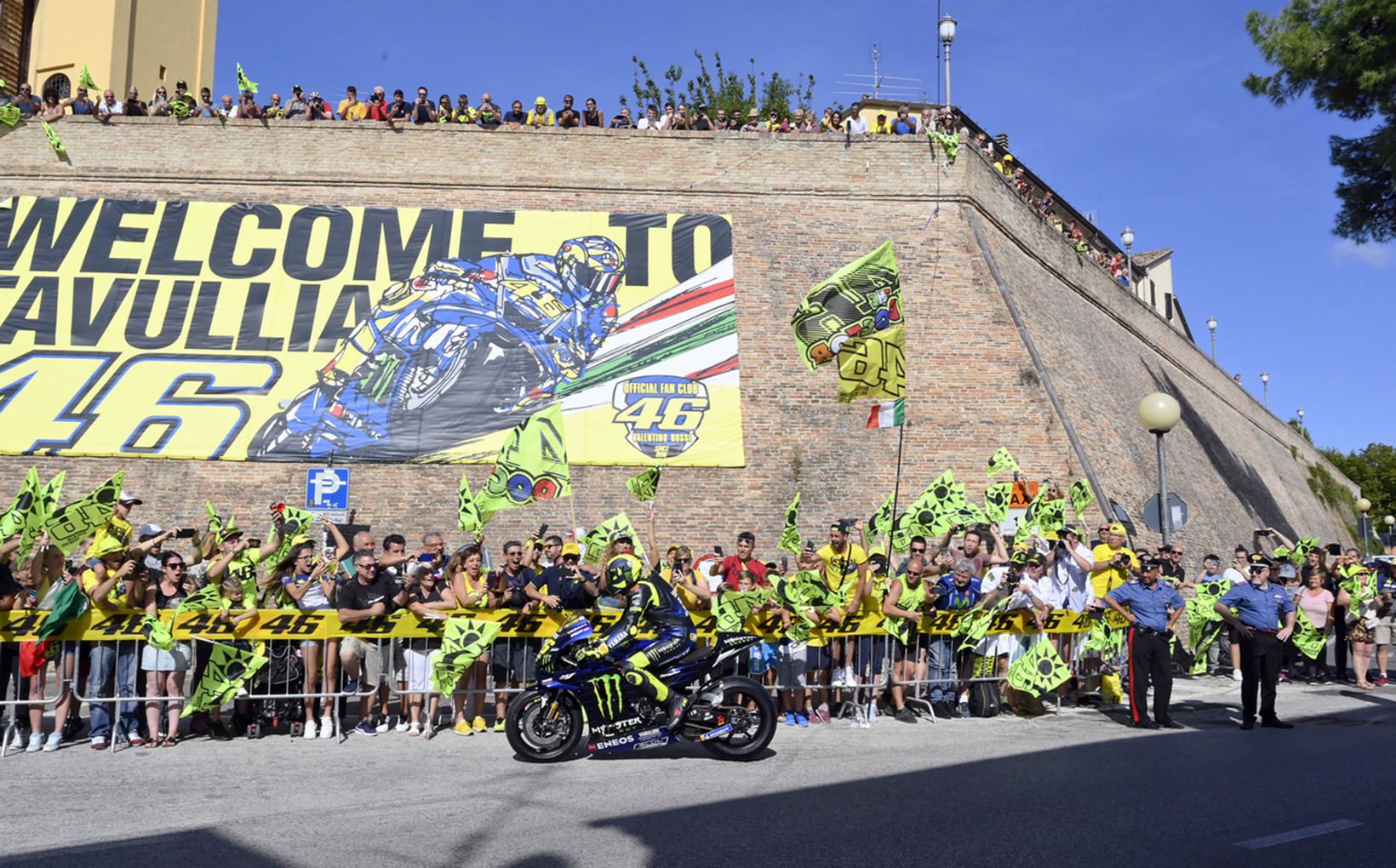 Next up is the Gran Premio Octo di San Marino e della Riviera di Rimini where the streets and local towns are decked out in Valentino Rossi memorabilia, colours and loud cheers. San Marino is a very special race for the local Italian riders in particular Rossi who will feed off the energy of the fans as they line up at the circuit each morning beginning practice, undertaking qualifying and then lights out for the race. Being a special place on the map means that the race is guaranteed to be memorable with battles, Italian pride at stake and fans enjoying the glorious weather. Here in this part of Italy especially, they live and breathe motorcycles! 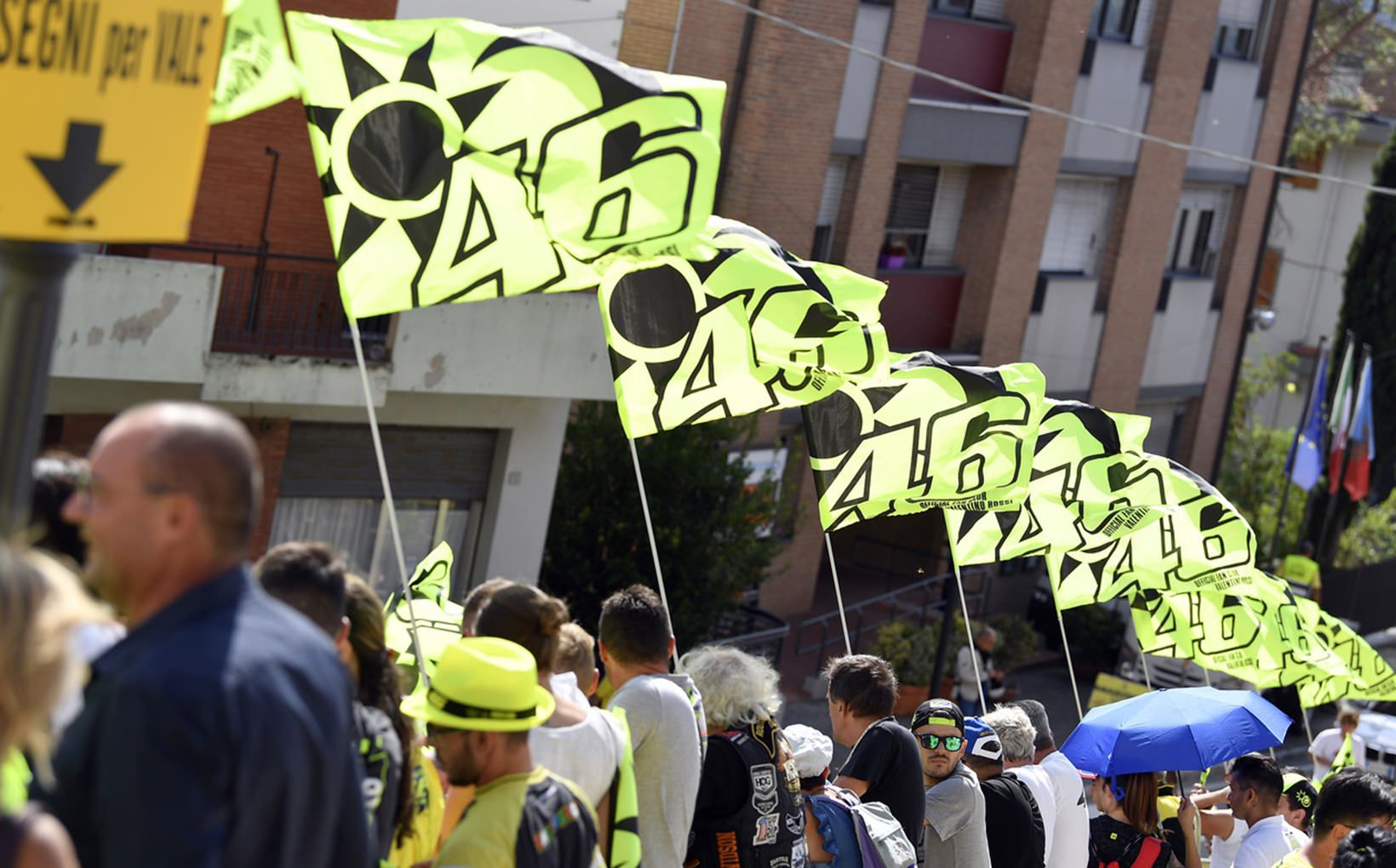 VR46: “Riding in front of my fans here is fantastic because this is really my home Grand Prix. My house is 10 kilometres from the Misano circuit. I grew up in Misano, and the first time I rode a bike was in Misano. We expect a lot of fans this weekend. A lot of people, a lot of yellow, so we try to give the maximum to be strong and competitive.” On Tuesday, Rossi rode through his home streets which was a childhood dream come true. It was a spectacular sight as he rode from Tavullia on the Yamaha M1 to the race circuit. The motivation to succeed this weekend is vital because Rossi is relying on testing data completed recently to go further with the crowd looking to see him on top. The emotional rollercoaster of Misano is about to begin and it will be incredible to witness. 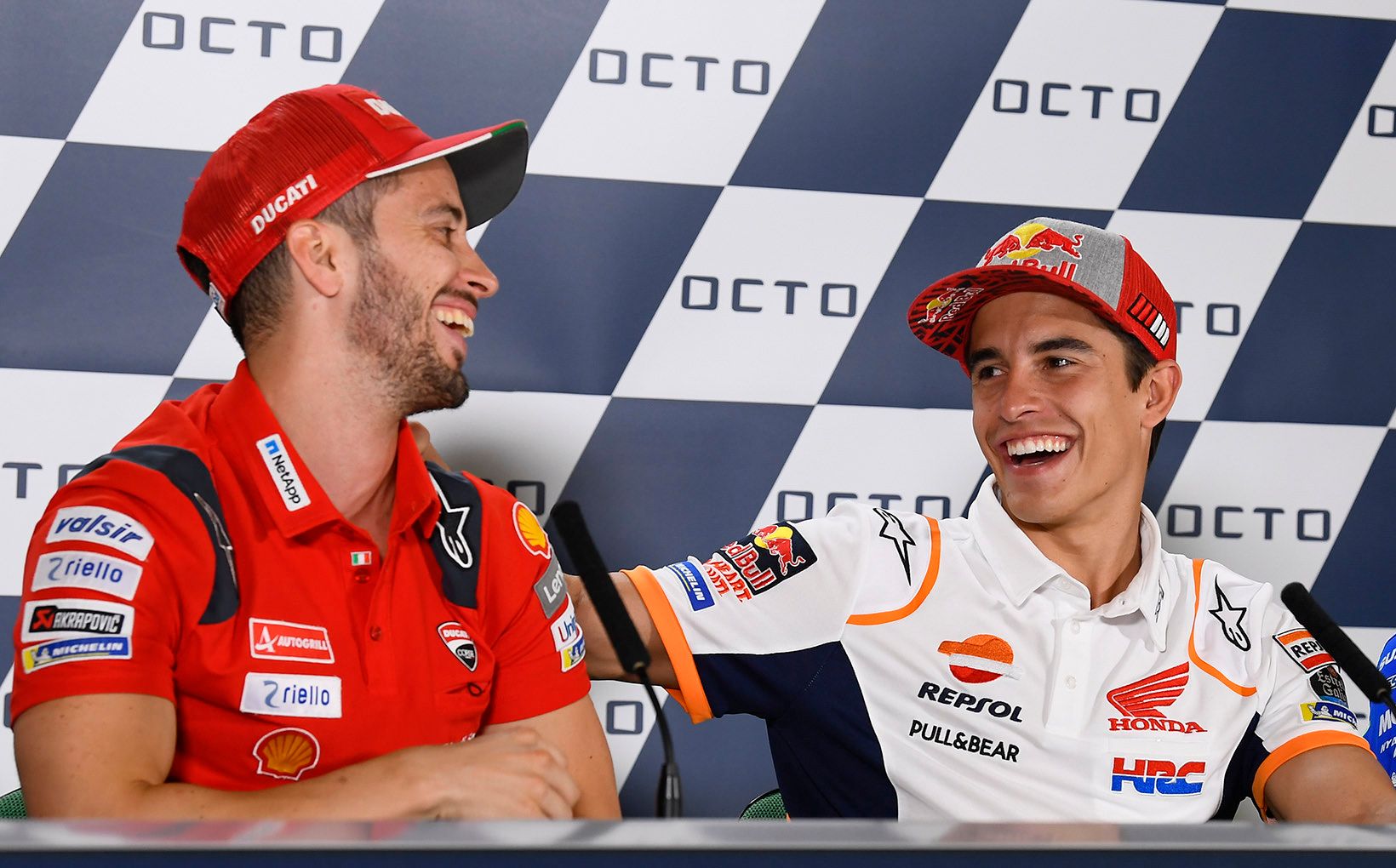 In terms of the World Championship, the leader Marc Marquez is ready to conquer Misano then wrap things up at Aragon if all goes to plan. The Misano test was interesting for Marquez and the Repsol Honda MotoGP Team. They will be aiming to utilise the testing achievements and put those in to action this weekend to see where they end up. No doubt, the hard braking points will be where consistency is key to being fast and winning the race. Remaining calm and not acting crazy are the prime elements needed in order to stay on top of closing off the World Championship. 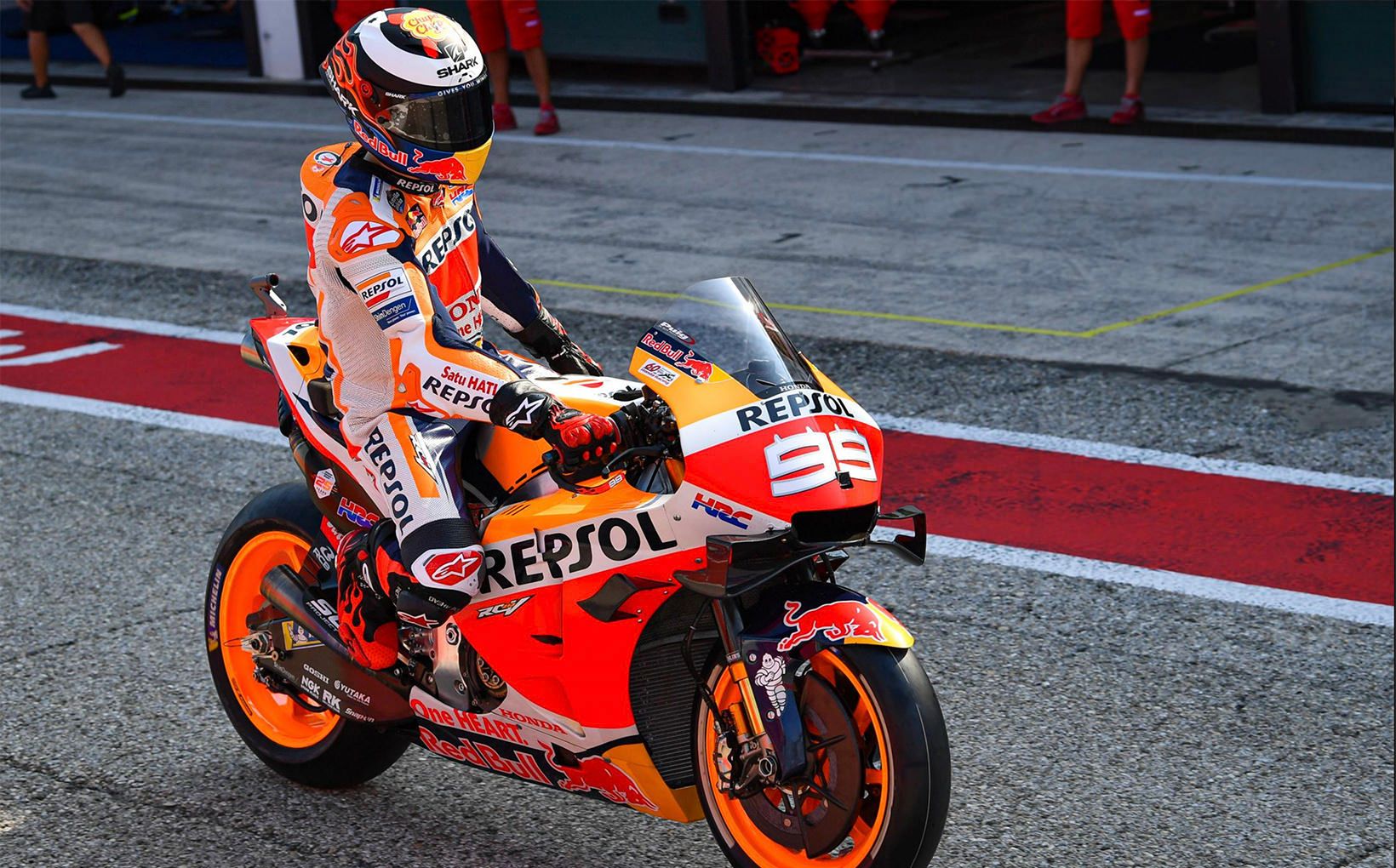 Fellow teammate Jorge Lorenzo is looking refreshed and ready to push. His mentality is positive which is a crucial step in succeeding in this half of 2019 and then thinking of what it is to come for 2020. JL99: “Each day I am feeling stronger and able to train harder than the previous day and the time between races has helped. I am looking forward to getting back on the bike and seeing how I feel physically on the RC213V. Despite not completing the full test, we were able to find some good information to be able to start the weekend well. In the past Misano has been a good circuit for me so I am hopeful that this weekend we can continue to close the gap.” Every minute and hour of track time will be vital for Lorenzo as he overcomes the challenges presented by the Honda machine and a record number of injuries in his career.

In terms of other rider fitness, Andrea Dovizioso is feeling good and 100% fit which is important for the Ducati team as his crash at Silverstone was horrific. DesmoDovi utilised motocross in order to check his reactions, speed and rider capabilities to ensure he was able to perform and also take part in this weekend’s Grand Prix. The competitors are strong and it will be important for the Ducati outfit to be ready for a battle at a circuit which can be quite demanding mentally and physically. 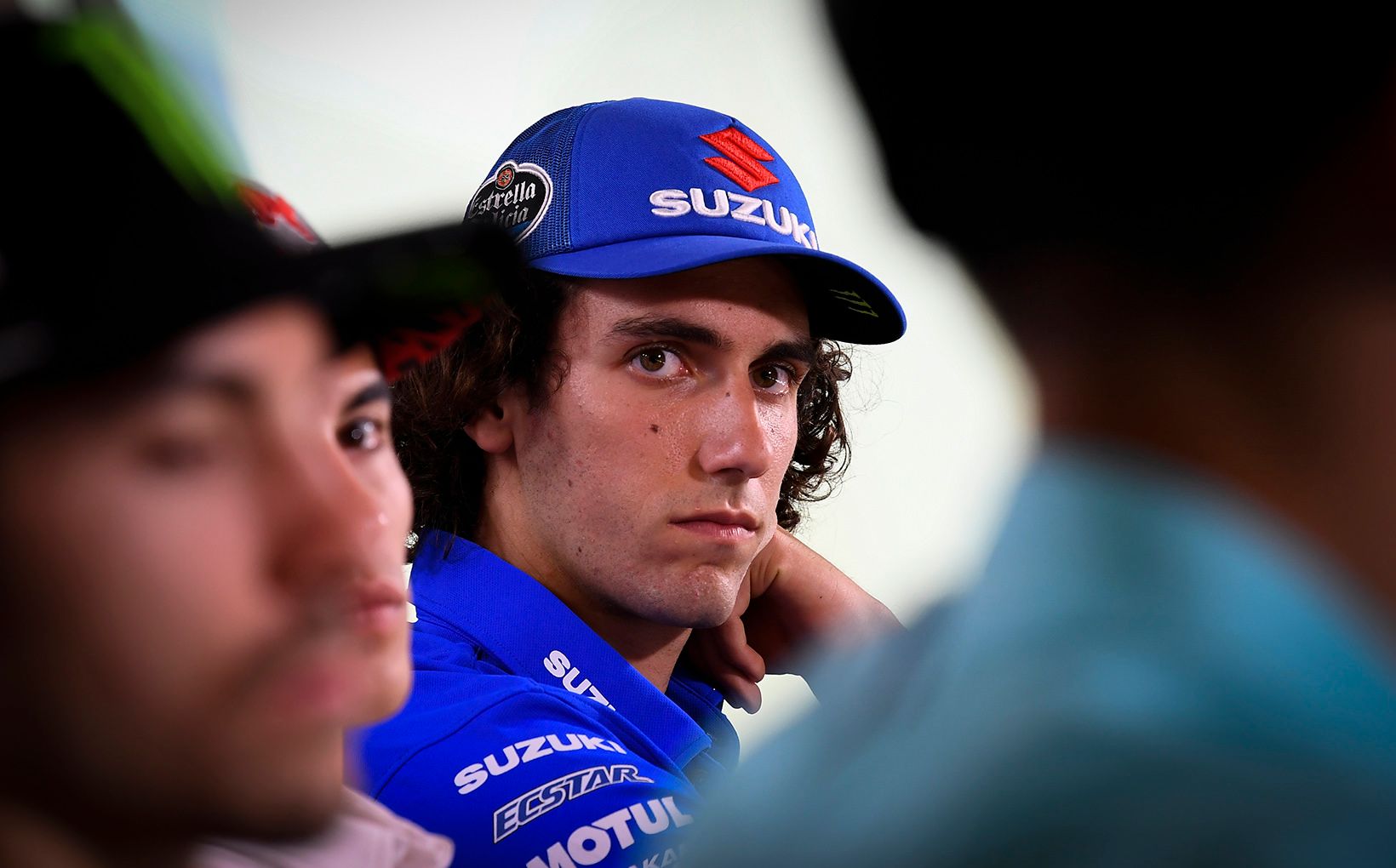 In comparison, Alex Rins is on a high after winning at Silverstone and is super excited to head to Misano with the best mind set possible. The Spanish rider is eager to compete with strength and enjoy the weekend.

AR42: “I’m feeling really good about coming to San Marino GP after the great race in Silverstone. After the victory we were back to work with two days of testing in Misano, where we worked on a few little improvements with the bike. I’m really motivated to attack this weekend, especially after a little bit of time to relax and train since the British GP.” 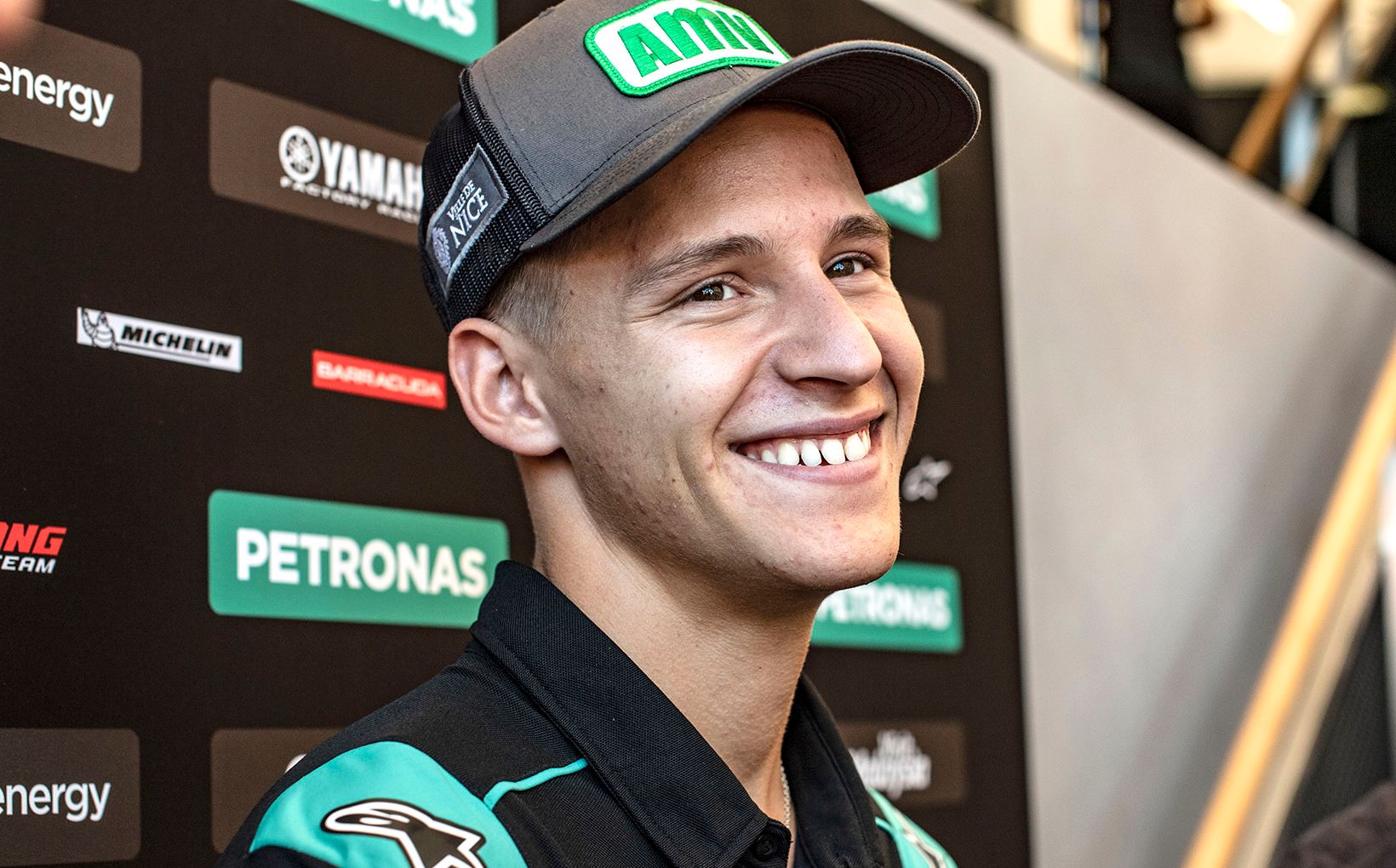 Fabulous Fabio completed a solid testing regime and is really excited about coming to Misano on board his MotoGP bike. His one lap pace is fast and he will be eager to recover after a poor Silverstone result which put a dent in his armour.

FB20: “I think we have a good set-up with the bike after completing more than 150 laps in the Misano test so I’m confident that we can be strong from FP1. It was really beneficial to get those two days testing in advance of the race; it’s one of the first times I’ve been able to do that mid-season. We’ve already got very good pace and we know that we’re very strong in qualifying, so if we can just improve our race pace a little bit then I know we can be really well prepared for the final laps of the race. The circuit is pretty small, but it’s got a bit of everything which is good for us and our bike.” 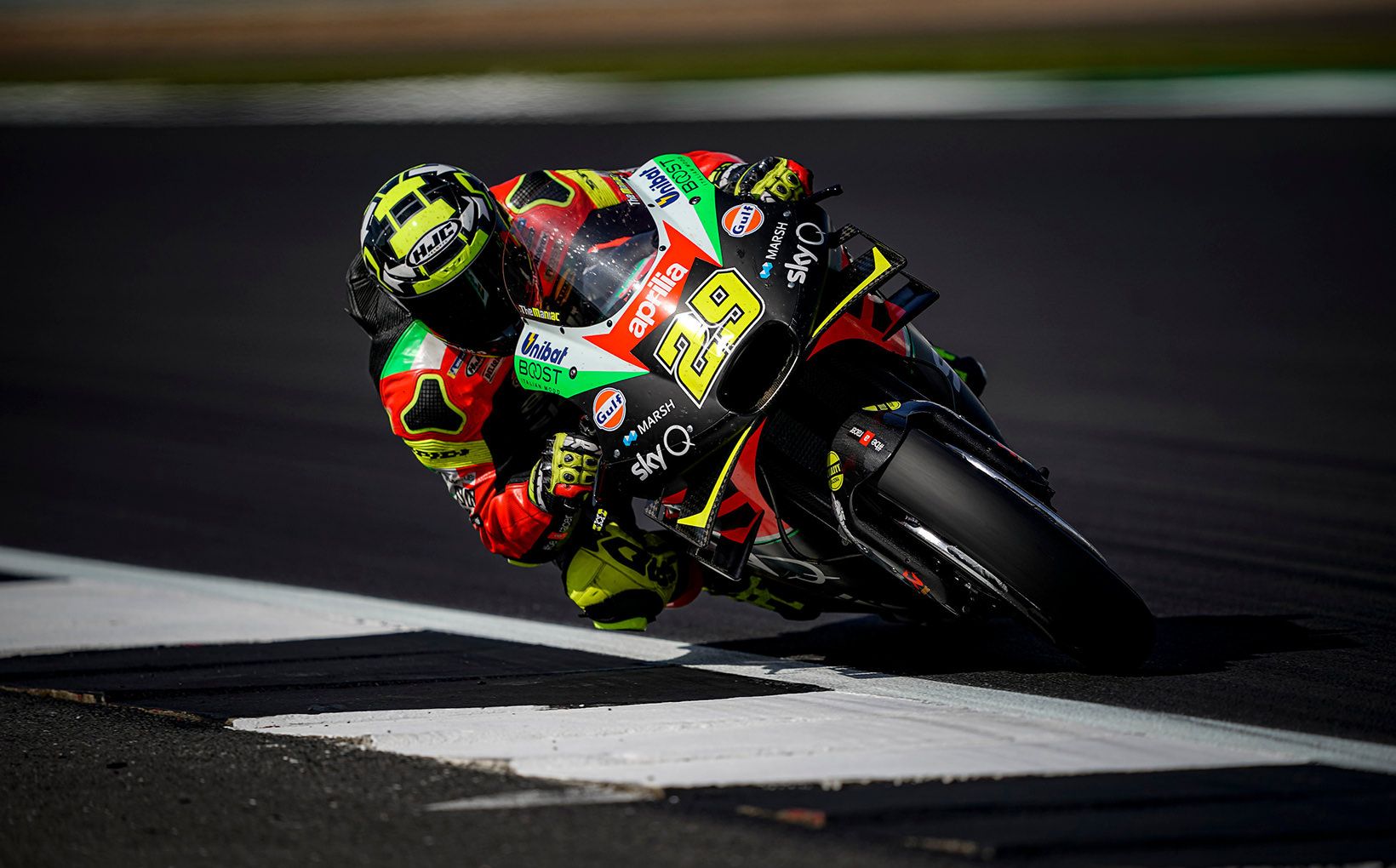 As every rider begins on Friday, they will be criticised, analysed and cheered by those who support their particular colours and personalities. Lorenzo will have his game face on and Andrea Iannone for example will just be looking to get through such a challenging part of his career with Aprilia Racing Team Gresini. Maniac Joe as he is known to many is not a happy camper and even though the soil is friendly being that it is home turf, Iannone has his work cut out to get in to the top ten.

AI29: "We are arriving here after two days of testing and that is always a positive thing, because it lets us start from a base. It is true that no race is more important than the others, but for an Italian rider on an Italian bike, the home rounds always add a little something special. We’ll keep working hard. Silverstone was a good race, but we still need to reduce the gap." As with any type of motor racing, being on your game and feeling good is important to gaining top results.