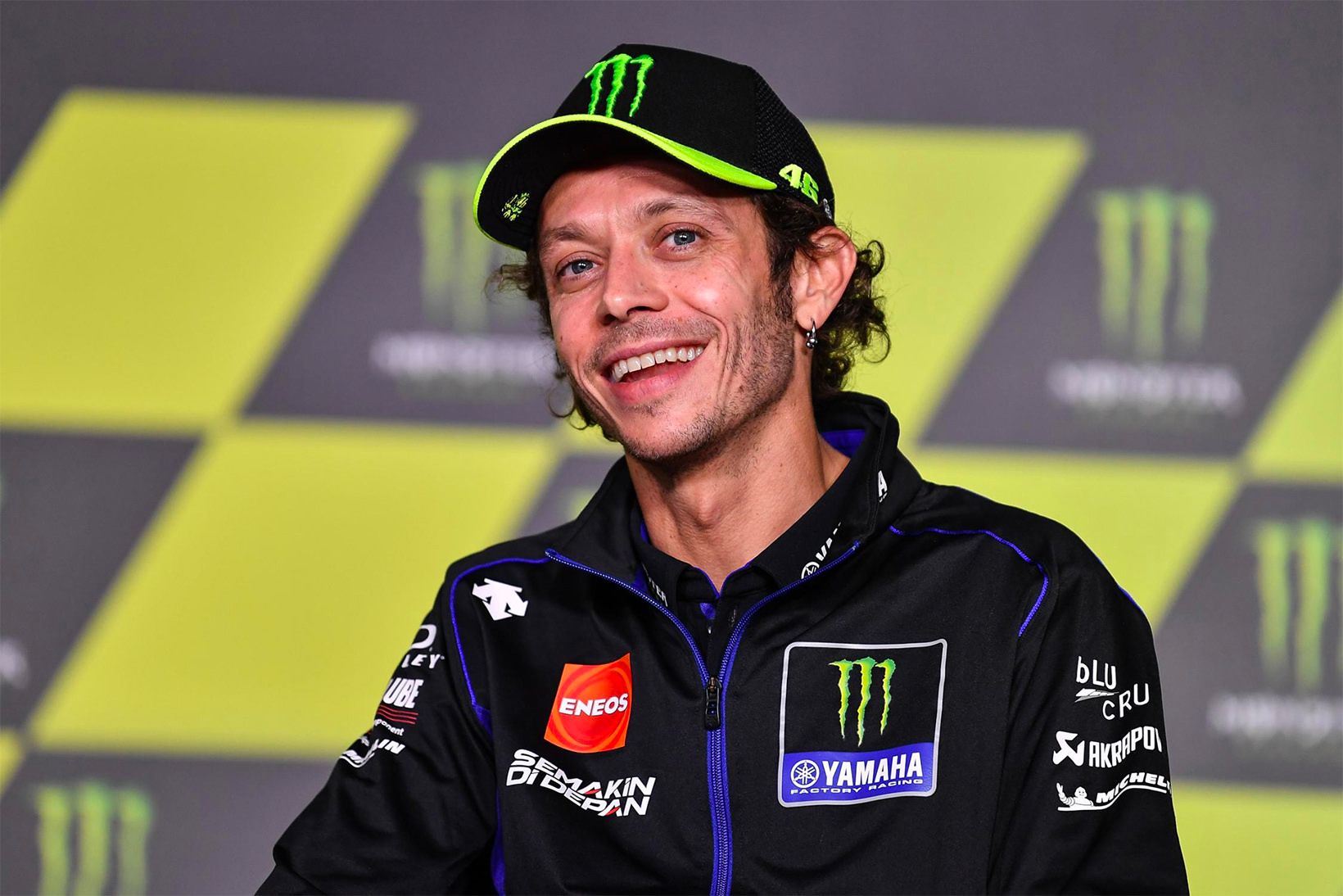 Valentino Rossi has taken a PCR test and the result came back negative for COVID-19 which has allowed him to flight to Spain. The battle is not over as Rossi will be required to undertake a second PCR test and if negative, he will be able to compete at this weekend’s event. If Rossi is positive, Garrett Gerloff will take his spot and ride for the Yamaha factory. 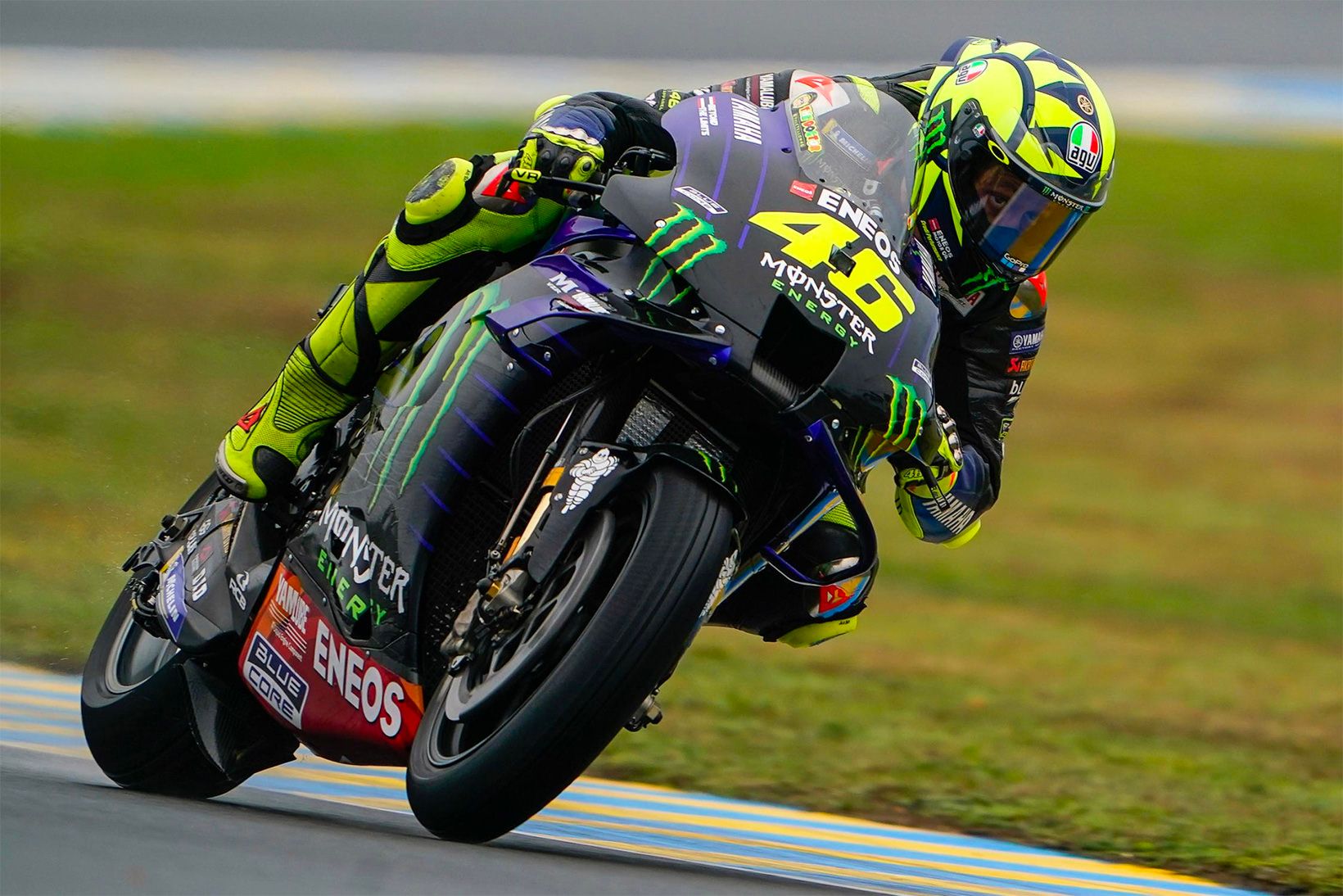 “This virus is very complicated and serious. I felt bad for two days, then in a few days I came back to being fully fit, at my 100%. I self-isolated at home all the time and I followed the medical advice closely. It’s a very sad and difficult situation, but that’s the way it is. Unfortunately, yesterday (Tuesday 3rd November), I had another test and it came back positive again, like all previous ones. Luckily I still have two more chances to be back on track on Friday or Saturday. I am very sad because I am feeling well, and I can’t wait to be back aboard my M1 and be reunited with my team. I really hope the next PCR test result will be negative, because missing two races was already two too many.” 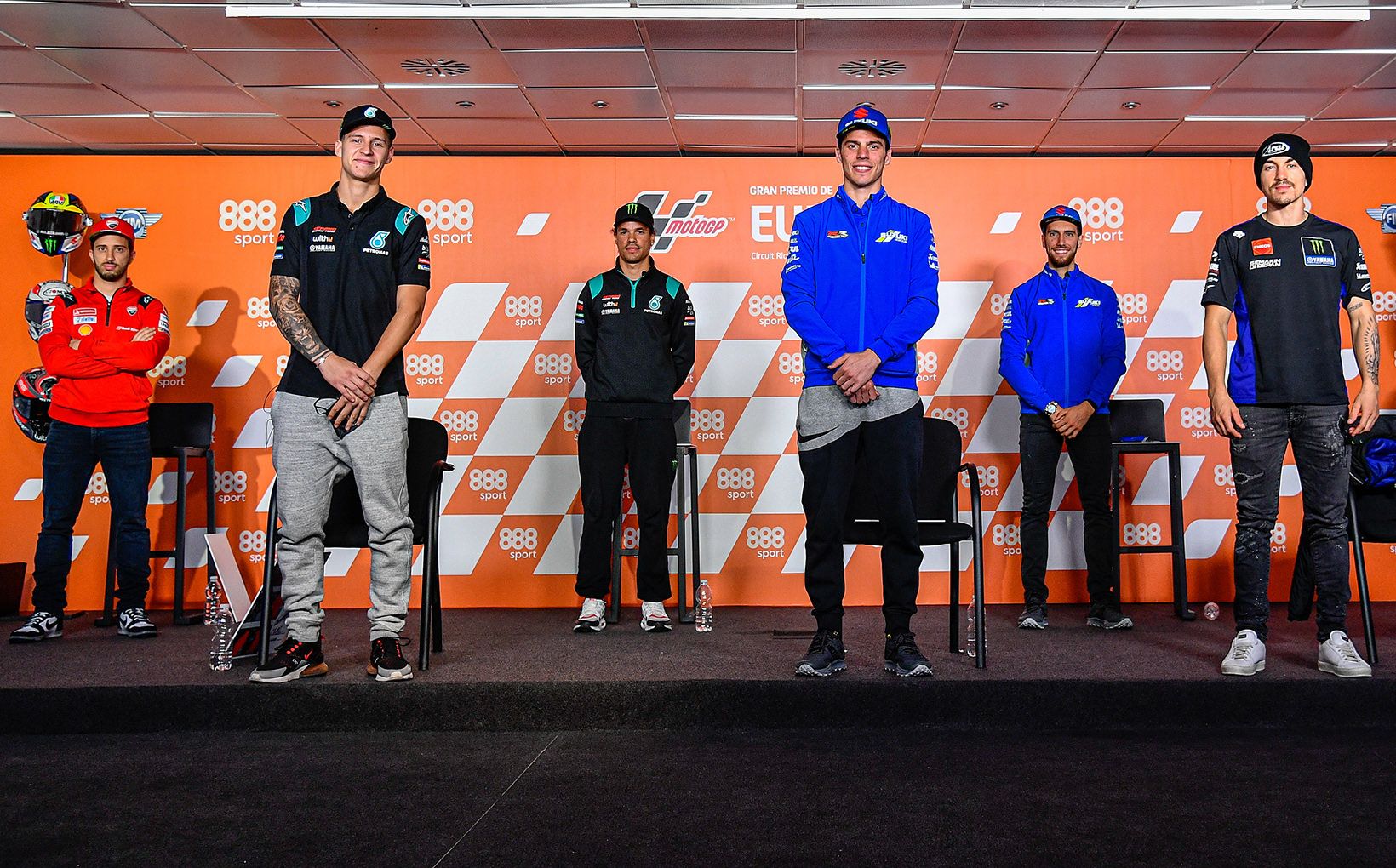 We are now into the final stages of the 2020 World Championship where the challenges will be very real for each and every title contender. Who has the strongest mindset and will not make mistakes? That is the key question on everyone’s minds.

So who are the contenders?

There are four Yamaha and two Suzuki riders with every opportunity to succeed at two back to back Valencia Grand Prix events and the ultimate final in Portugal. 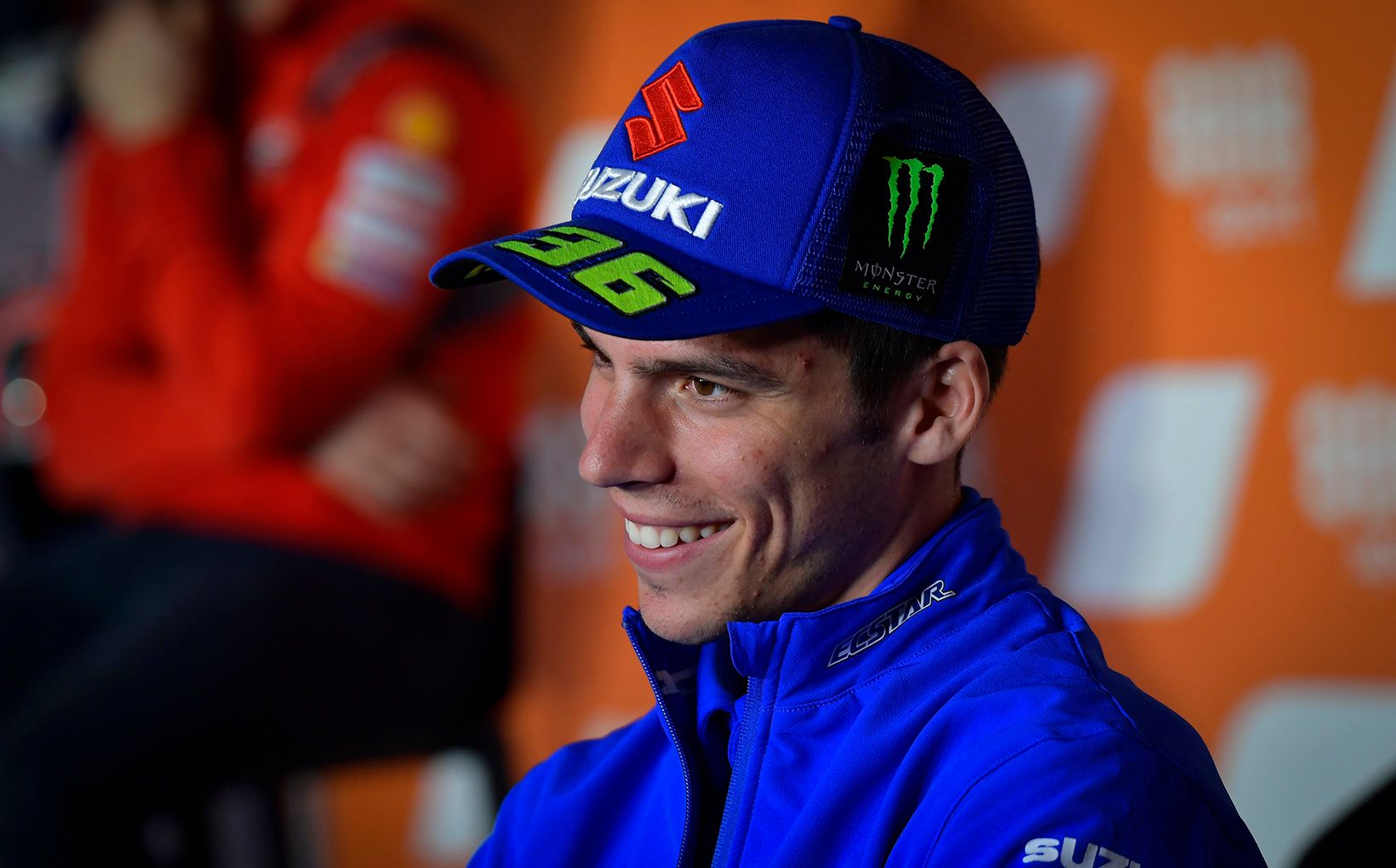 “Last time out I was actually slightly disappointed with third place, only because I felt I had the potential for more. However, my goal was the podium and I managed to achieve that. In general I’m feeling good at the moment and I’m ready to fight at Valencia, which is a nice track that I’m familiar with. It will be good to get back on track on Friday morning for a new race weekend.” 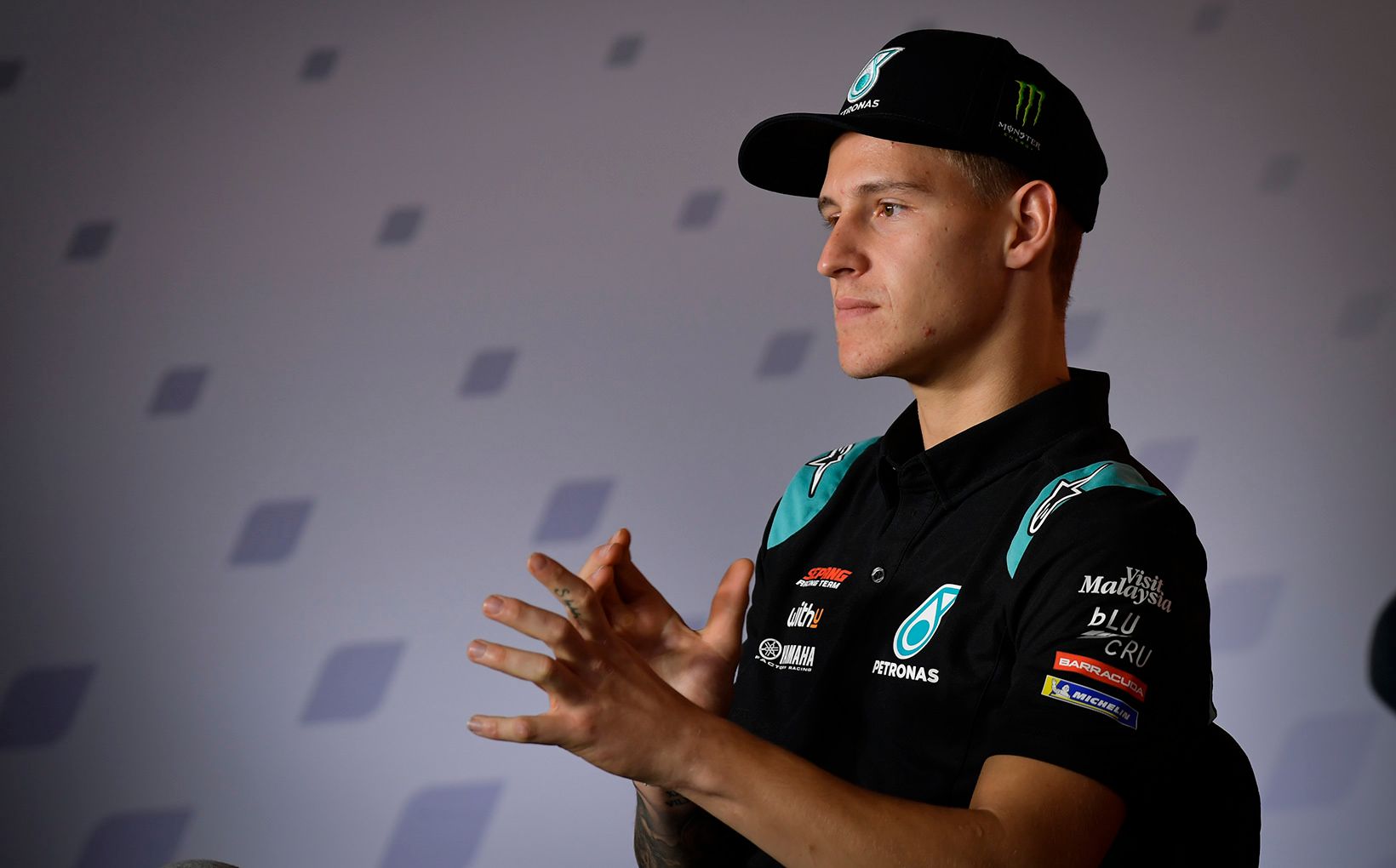 “Although we had two difficult races last time out in Aragón, I want to take advantage of the good feeling I have always had on a MotoGP bike at Valencia in these two races coming up. It’s a small track, but is one that I like. I had a great feeling there last year, when I took a podium and the pole position, and also in the post-season test. Of course I hope to be able to repeat that this weekend. There are three races left this year and a 14-point gap with the leader. We know how fast we can be, so I think we have some good opportunities coming into these final events in Valencia and Portimão, and I’m looking forward to the first of them this weekend.” 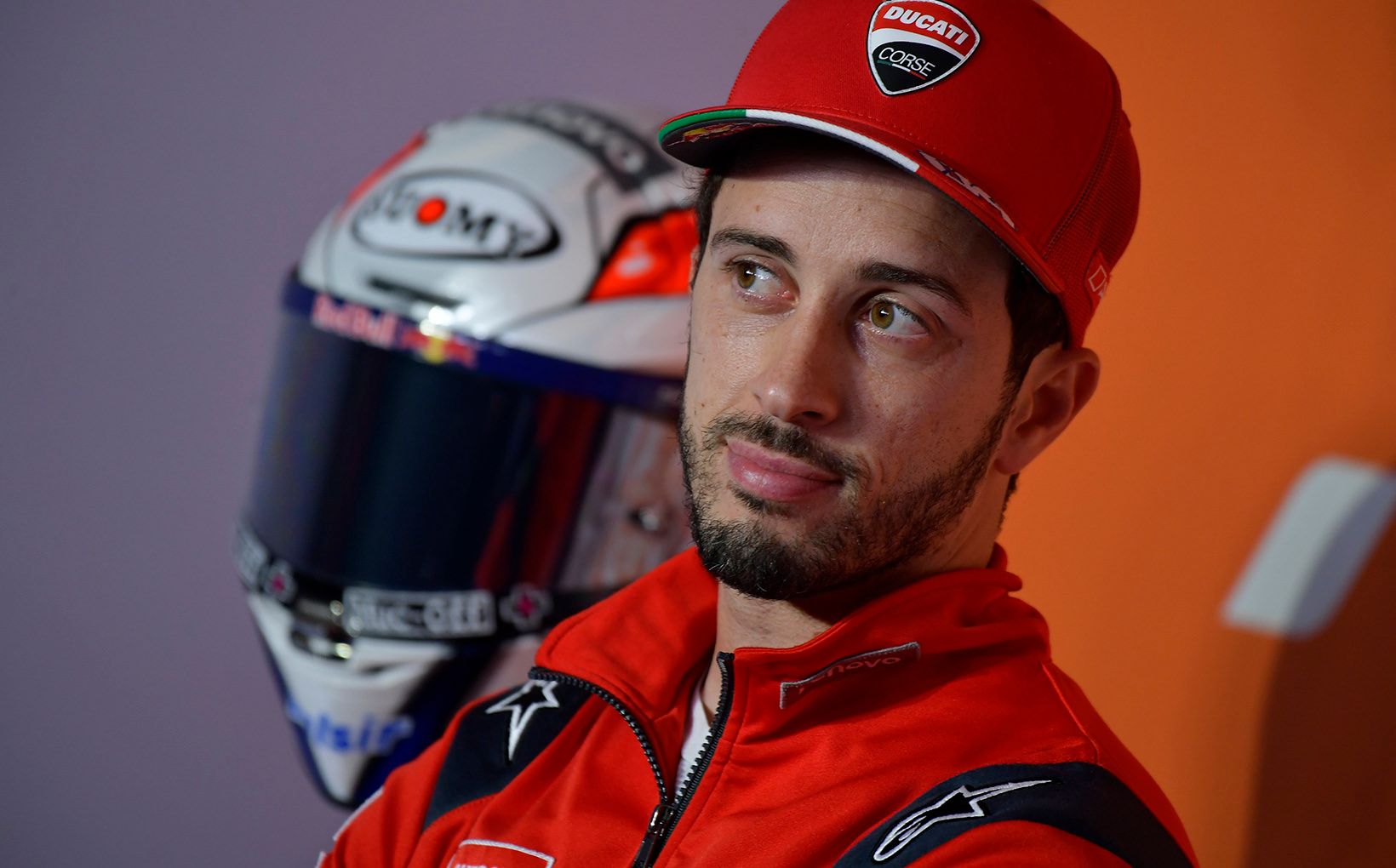 “The two races at MotorLand Aragón were tough for us; we struggled a lot, and of course we didn’t get the results we were expecting. After a week off, we return to the track with more motivation; there are only three races left in the Championship, and we know that everything can still happen. This year, each Grand Prix has its own story. I still have three races with Ducati and, as always, I will try all my best till the end”. 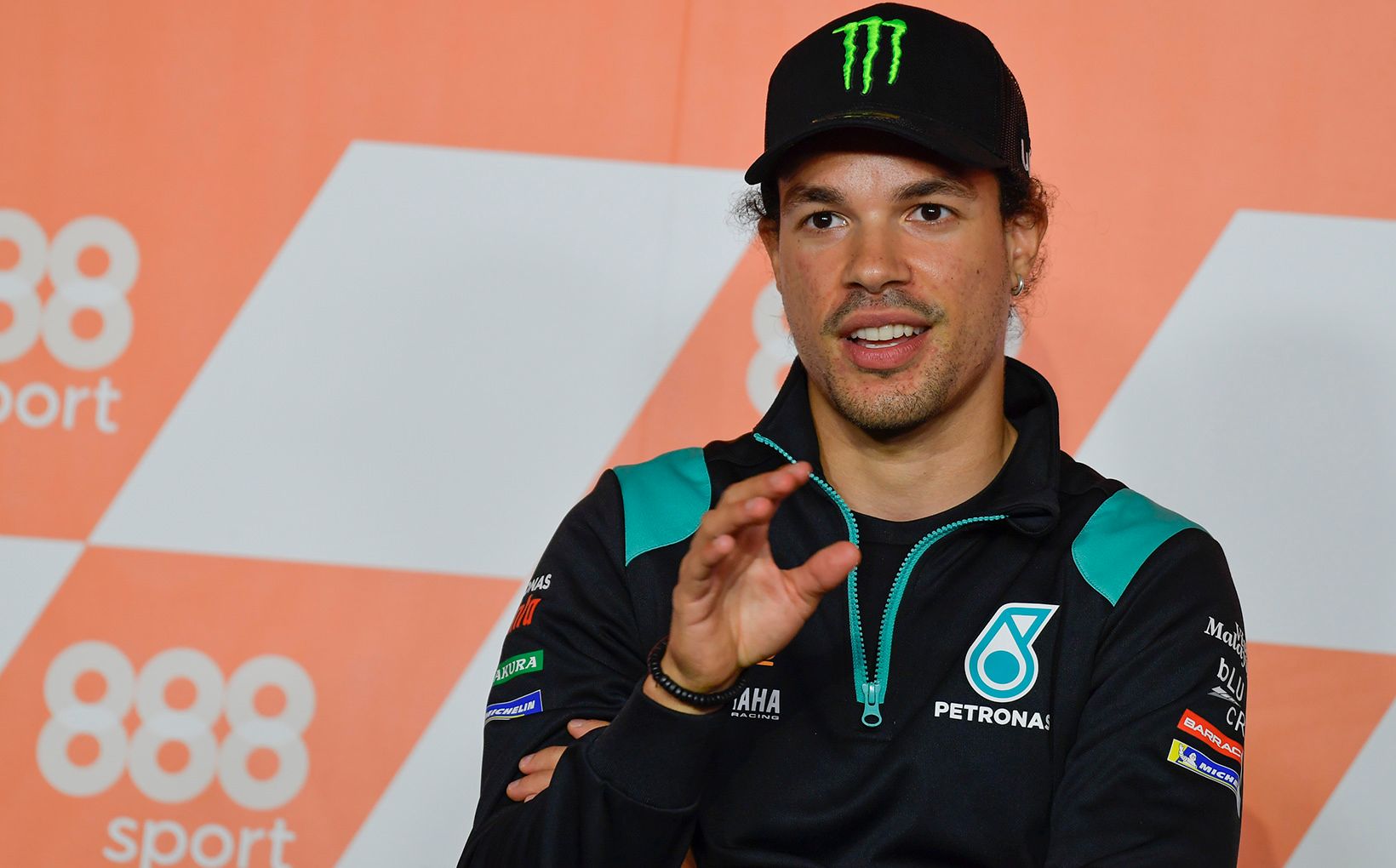 “It feels good going into the final three races of the year after the second win of the season at Aragón. Valencia can be a tricky circuit when riding a MotoGP bike, as it’s narrow and the MotoGP bikes have so much power on a track that’s quite small, compared to other categories. But it is a place that I love, because it’s where I made my first step into big-wheeled motorsport, in a Spanish championship. I’m feeling great on the bike, we will work to keep the same feeling at this circuit and be fighting again for the top places. We go there just 25 points from being at the top of the championship standings, so I want to be aggressive in these final races at Valencia and Portimão to see what we can achieve.” 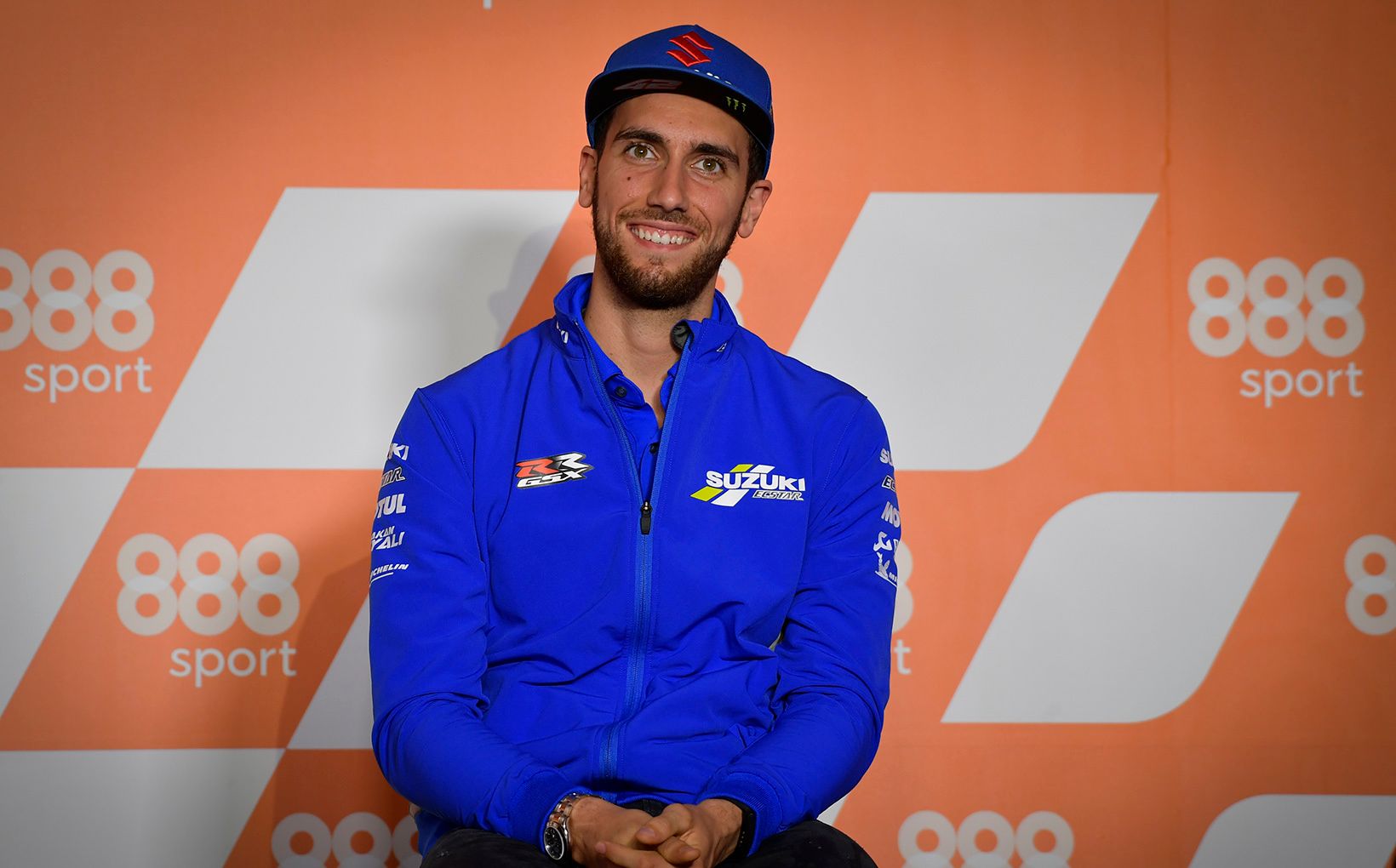 “Coming into the last three races I don’t feel a lot of pressure, for sure my results have been really good and I’m hoping to continue that trend, but I want to just keep working the way I always do and simply see what happens. I’ve had some nice results in Valencia in the past so I’m happy to get back on track and see what we’re capable of this weekend.” 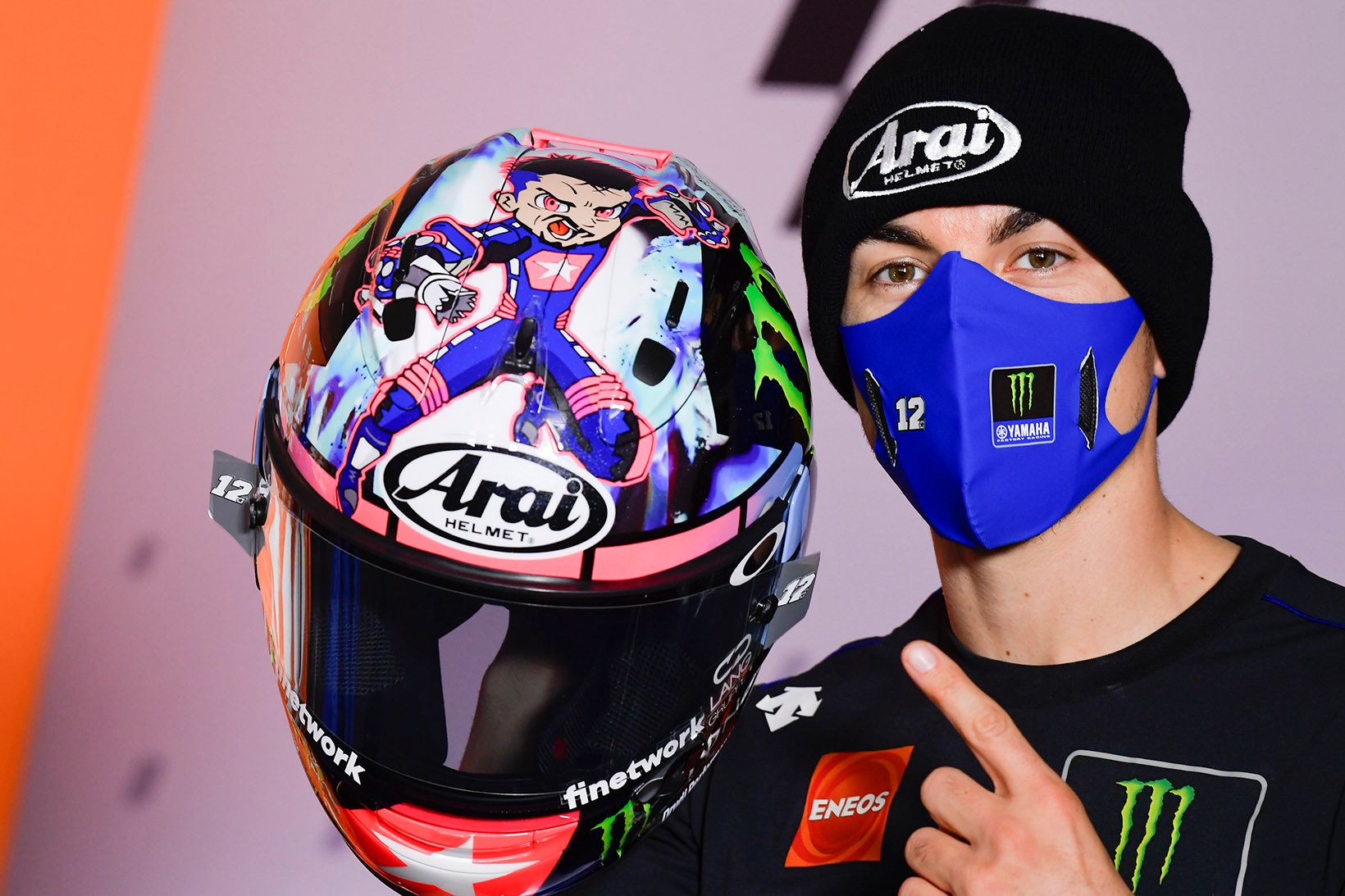 “It’s true that the last race wasn’t the most positive, but it’s important that we don’t let that affect us in these final three rounds. We need to work hard, focus, and keep a positive mindset and get the best results possible in every single session. Valencia is usually a bit tricky for us, but I personally really like this track. For sure, it’s not going to be an easy weekend but, as always, we will give our maximum.” 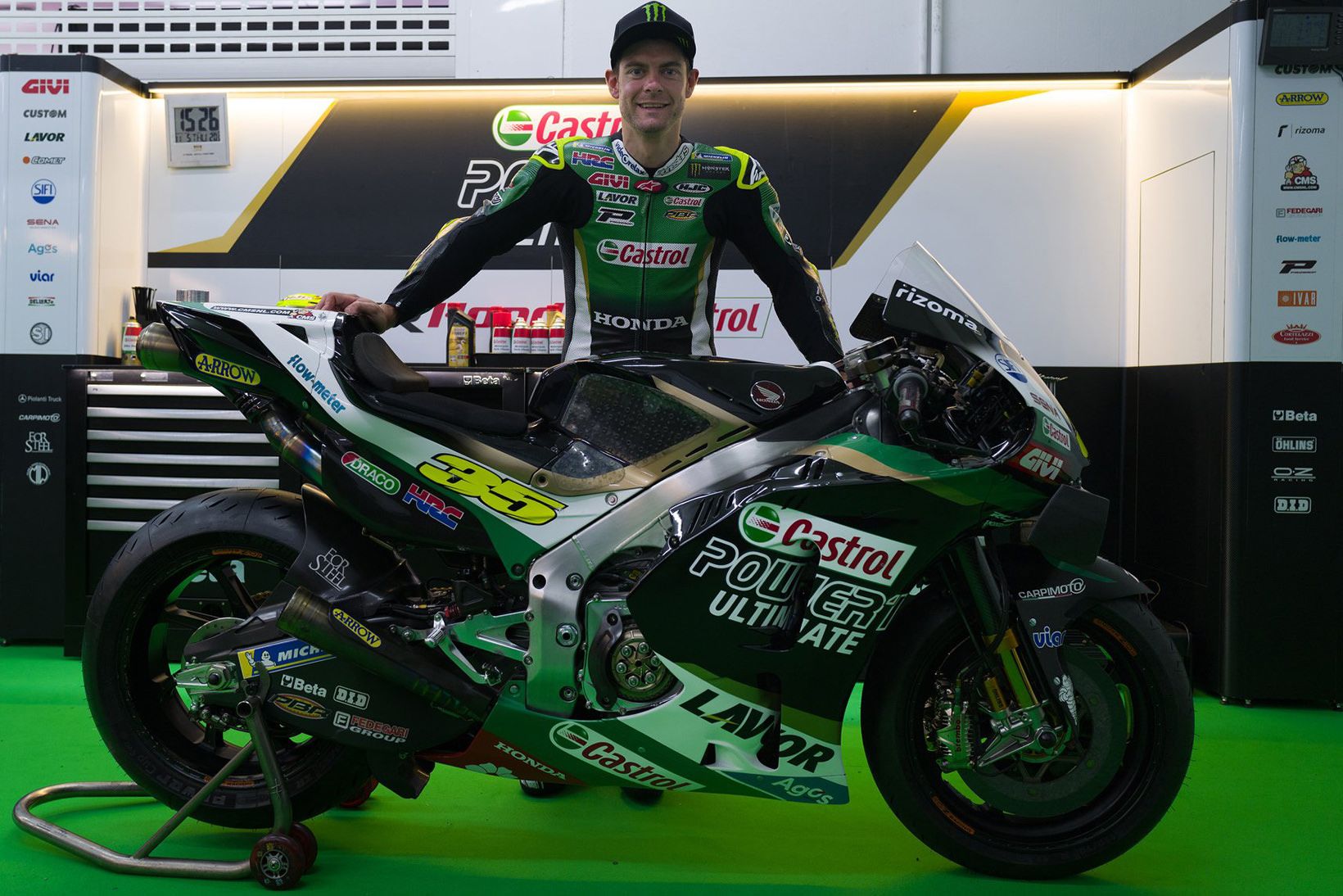 In terms of the rest of the grid, they will not stay out of the way when it comes to the title. They are going to race and with every inch of might, power and strength. This includes Alex Marquez, Cal Crutchlow, Takkaki Nakagami, Johann Zarco and Brad Binder. In particular, Crutchlow is looking forward to these events because he wants to finish with his team and enjoy the final chapters with Honda whilst trying to secure his future for 2021. Riding the Honda machine around Valencia is not an ideal fit for Crutchlow though he is hanging out to enjoy the sessions and push to the maximum. This weekend will be one to enjoy for Nakagami who missed the event in 2019 as a result of his shoulder surgery. No doubt, the Japanese rider will be looking to recover some points or potentially finish with a win if the bike feeling is up to scratch!

Unfortunately, Bradley Smith fans will be upset after he was demoted and Lorenzo Savadori promoted to ride for the remainder of the season. We feel Smith was doing a great job, although the Italian factory feels differently and have weighed their decision up based on his performance in Superbike category. Two wheel motor racing is a very cut throat sport when it comes to being sacked at the drop of a hat. 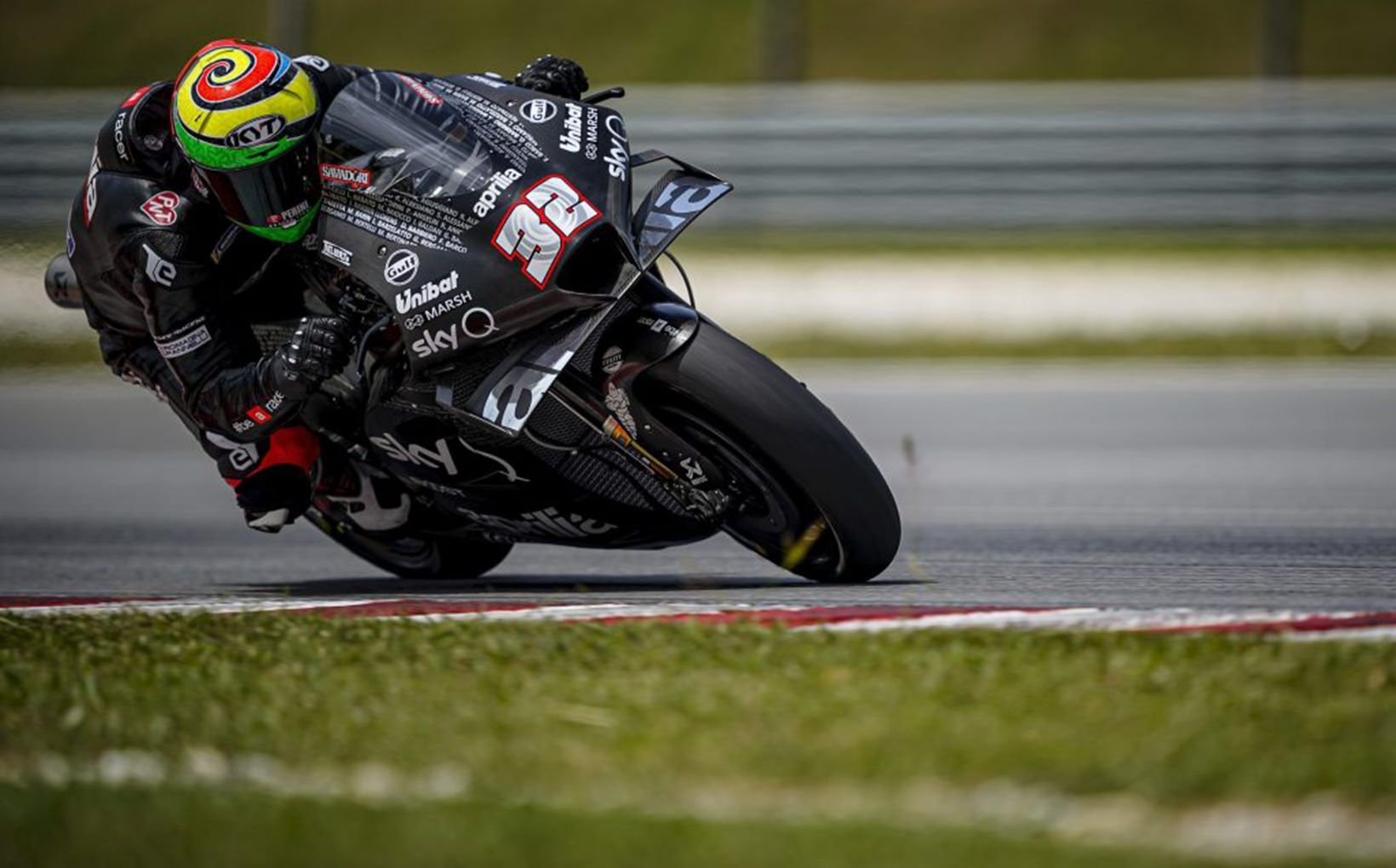 “To say I’m happy would be an understatement and I wish to thank Aprilia Racing straight away for this great opportunity. I will be arriving prepared for the event, thanks both to the work done during the tests on the RS-GP and to the CIV season that just ended. It was a challenging Championship that demanded top form and maximum concentration from me. Now I need to reorganise my thoughts, glean from the kilometres I’ve ridden astride the RS-GP and make sure I’m ready and focused for the first practice session.”

As one door opens, the other door closes for someone else. The silly season of who will be where is still yet to be decided for Esponsorama Avintia Ducati and Aprilia Gresini. We must be patient before these announcements are made! As for this weekend’s race, anything can happen and the riders must be ready for chaotic weather and varying track surfaces. At present, the rain has been troublesome and plenty of it causing chaos for the circuit to drain and be in a prime form for the riders to get in some decent track time. There will be moments where it clears up and then changes again so every opportunity for track time will be key!

Alex Marquez has certainly been a stand out rookie rider and one that will leave behind the Repsol Honda garage at the end of 2020 with his move to LCR Honda. The last three races will be tempting him for a race win and who knows, he may just achieve it! To those who doubted Baby Marquez, he has certainly let his racing do the talking which is nice to see. 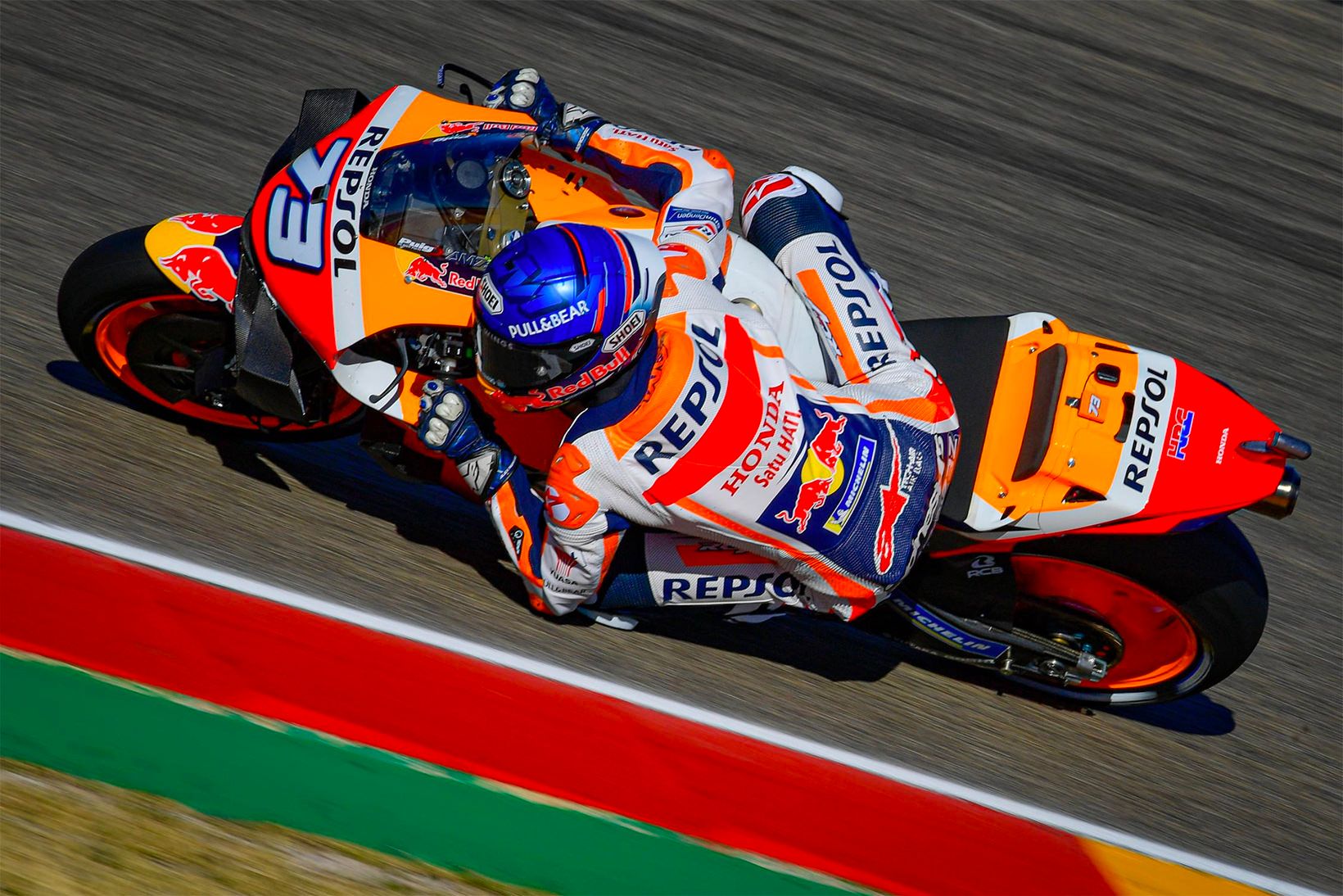 “It has been good to have one final week to train and prepare for what will be an intense and demanding end to the season. We approach it in the same way as all the previous races; looking to improve and show our potential. I rode there already in the test but since then I have changed a lot so I am looking forward to seeing my growth as a MotoGP rider. Let's finish the season well and keep improving.“

Managing expectation, pressure and remaining confident will be an interesting journey for Mir, Quartararo, Dovi, Morbidelli, Rins and Vinales. This is very important considering the fact that Yamaha was sanctioned which they removed constructors points and not riders points. The Yamaha riders are lucky to escape this one!

“Due to an internal oversight, Yamaha Motor Company failed to respect the protocol which requires them to obtain unanimous approval for MSMA for technical changes”.

Whilst this drama unfolded, Iker Lecuona has also been ruled out of participating this weekend after coming in close contact with a COVID-19 case, that being his brother. Herve Poncharal: “We are very sad to announce that Iker Lecuona won’t be participating in the Gran Premio de Europa this weekend. So far, he’s been tested negative, but his brother, who is also his assistant is positive and therefore the Andorran authorities have called him ‘contact case’. He will have another test today, but even if it’s negative again, he’s got to stay in quarantine without moving from his home in Andorra for 10 days. The plan is to have another test next Wednesday and if this one is negative as well, he will be able to travel to Valencia and participate in Valencia II.”

Be sure to tune in for a weekend of thrills and spills! Mistakes may rise and the battles be close as someone like Jack Miller will go for glory knowing that the title is not within reach though standing on top of the podium is. A win, podium and title is all up for grabs.