Marc Marquez pushed to the limit by Fabio Quartararo in a classic rookie-champ battle. 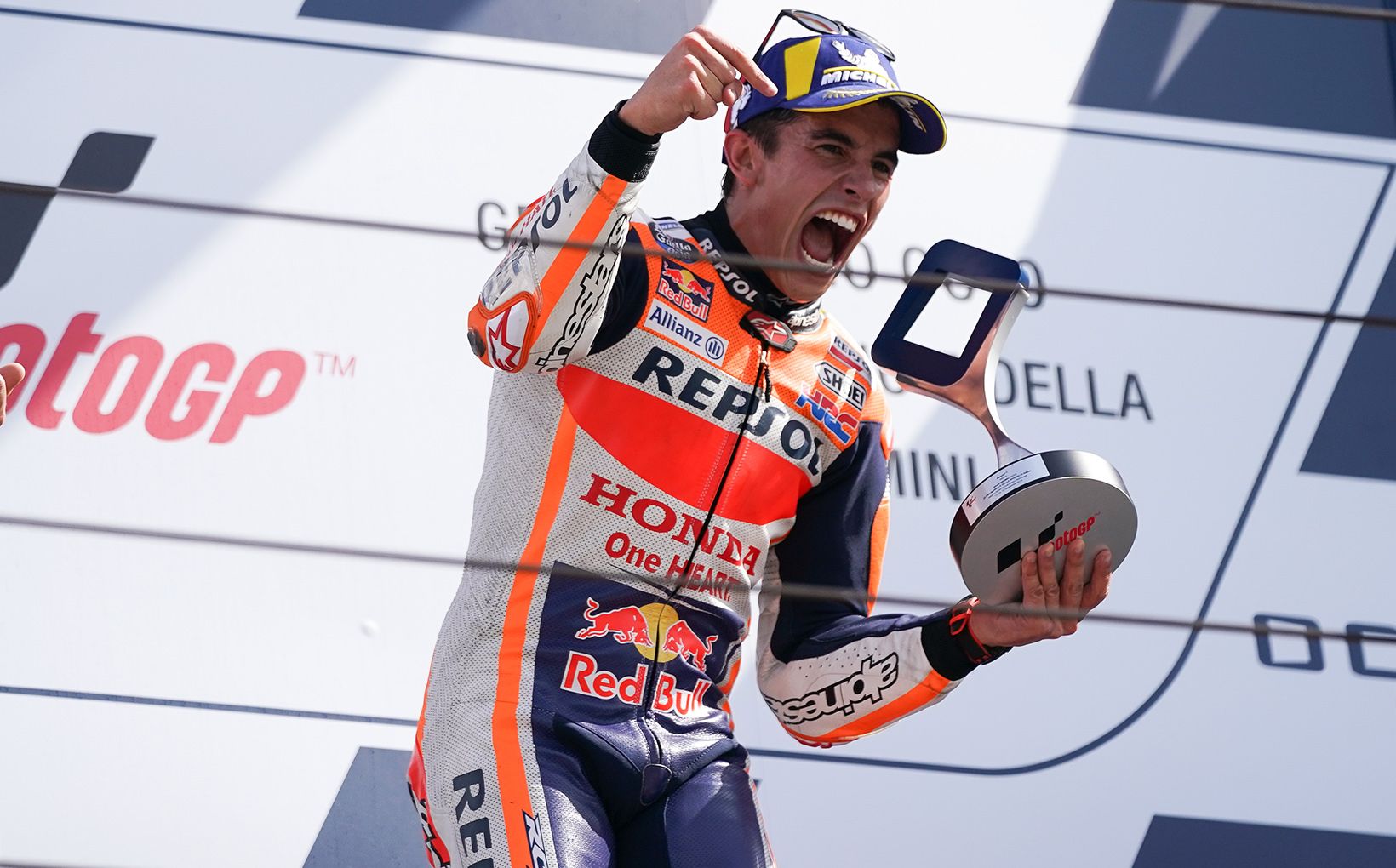 The fans were hoping for a Valentino Rossi win, however, they were treated to a battle between Marc Marquez and Fabio Quartararo that was thrilling and enjoyable from start to finish. Fantastic Fabio ran a perfect race though Marquez was not going to let him win considering the last two races and earlier qualifying mishap with Rossi that caused an absolute stir throughout the paddock. The fight for victory came from this incident and Marquez wanted to push to stamp his mark at Misano on Rossi home turf. His celebration antics in parc fermé were very clear! 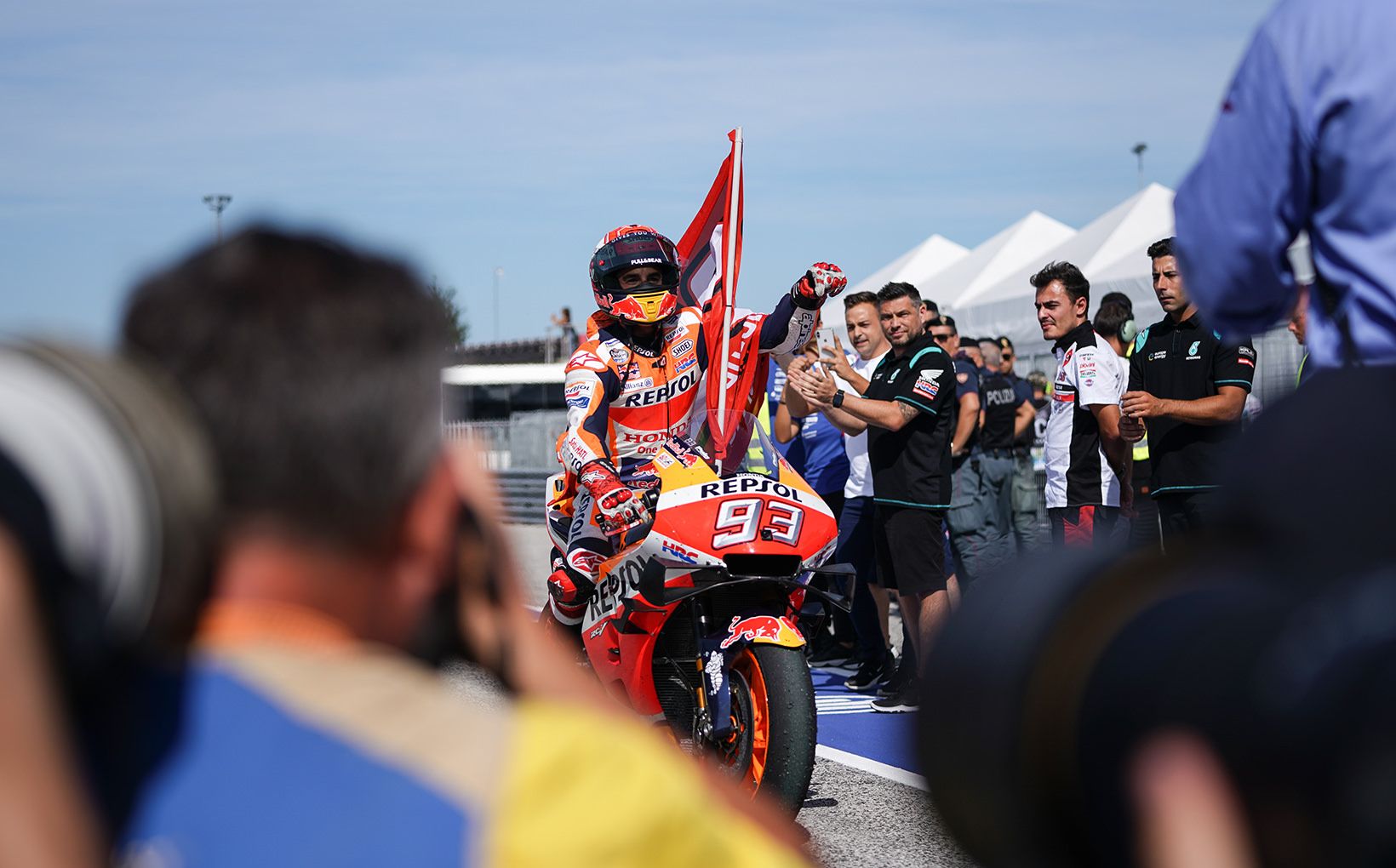 On the other side of the podium, the emotion expressed by Quartararo and team management personnel Wilco Zeelenberg and Razlan Razali was nice to see. They were very proud because even though Marquez is battling for a Championship, Quartararo did not yield his position without a fight. Marquez was very smart on the last lap and last corner by taking his hand off the gas and forcing the French rider to sit up to avoid an accident. Sneaky and cheeky yet very smart at the same time. The current Championship leader now moves ahead of Mike Hailwood with 77 victories. 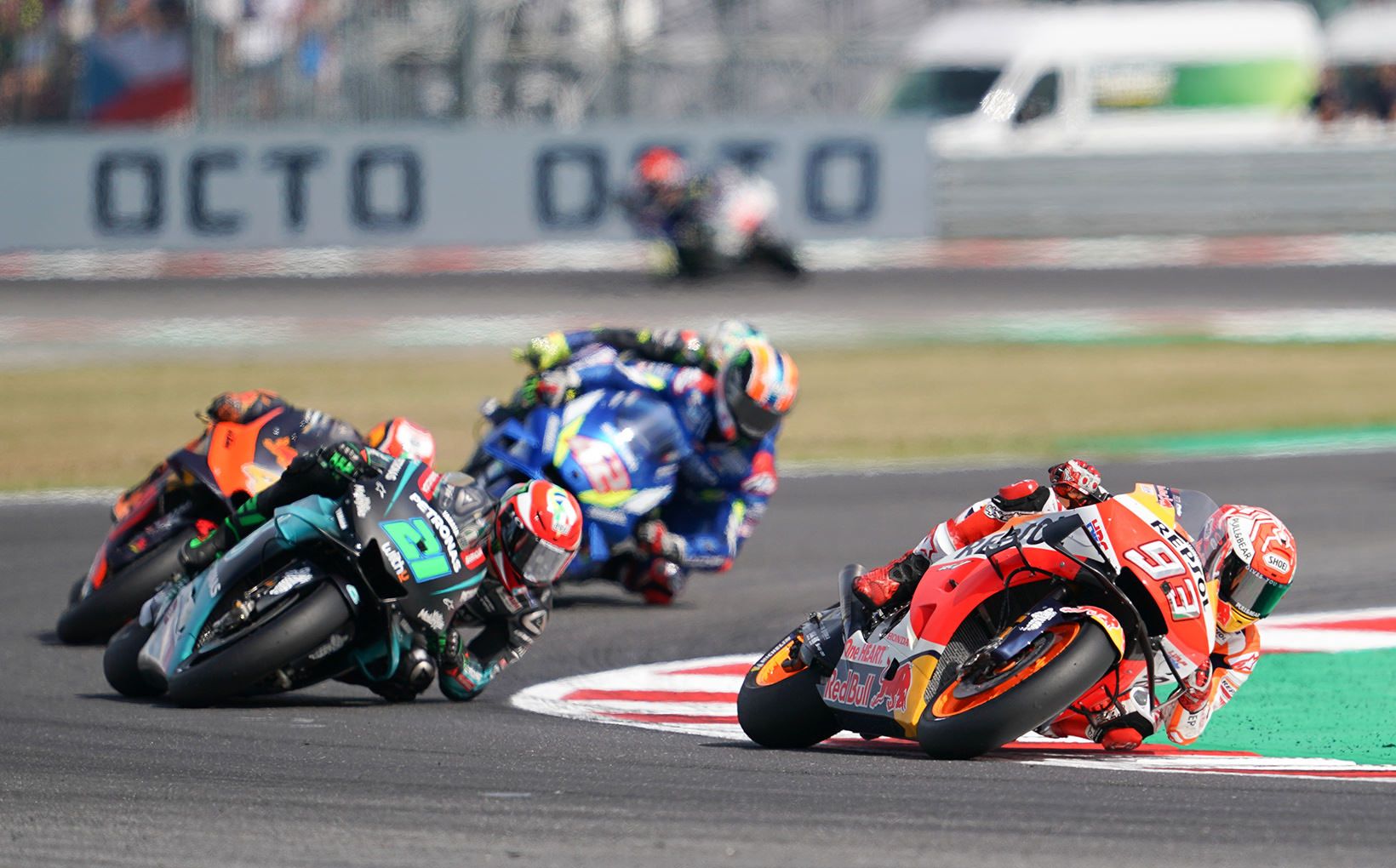 MM93: “Honestly speaking, I knew it wasn’t necessary to win because I saw that Rins was out and Dovizioso was far from us but I had some extra motivation. I just tried to stay with Fabio as close as I could and in the end I was weighing up whether to try or not. On the last lap I decided to go. I knew Fabio was very fast in Sector 3, so I made my move before that and closed the corner as much as I could. Fabio rode a very strong race today. I raced as smart as I could and in the end it is nice to win in Italy, but even nicer to have 93 points of advantage.” 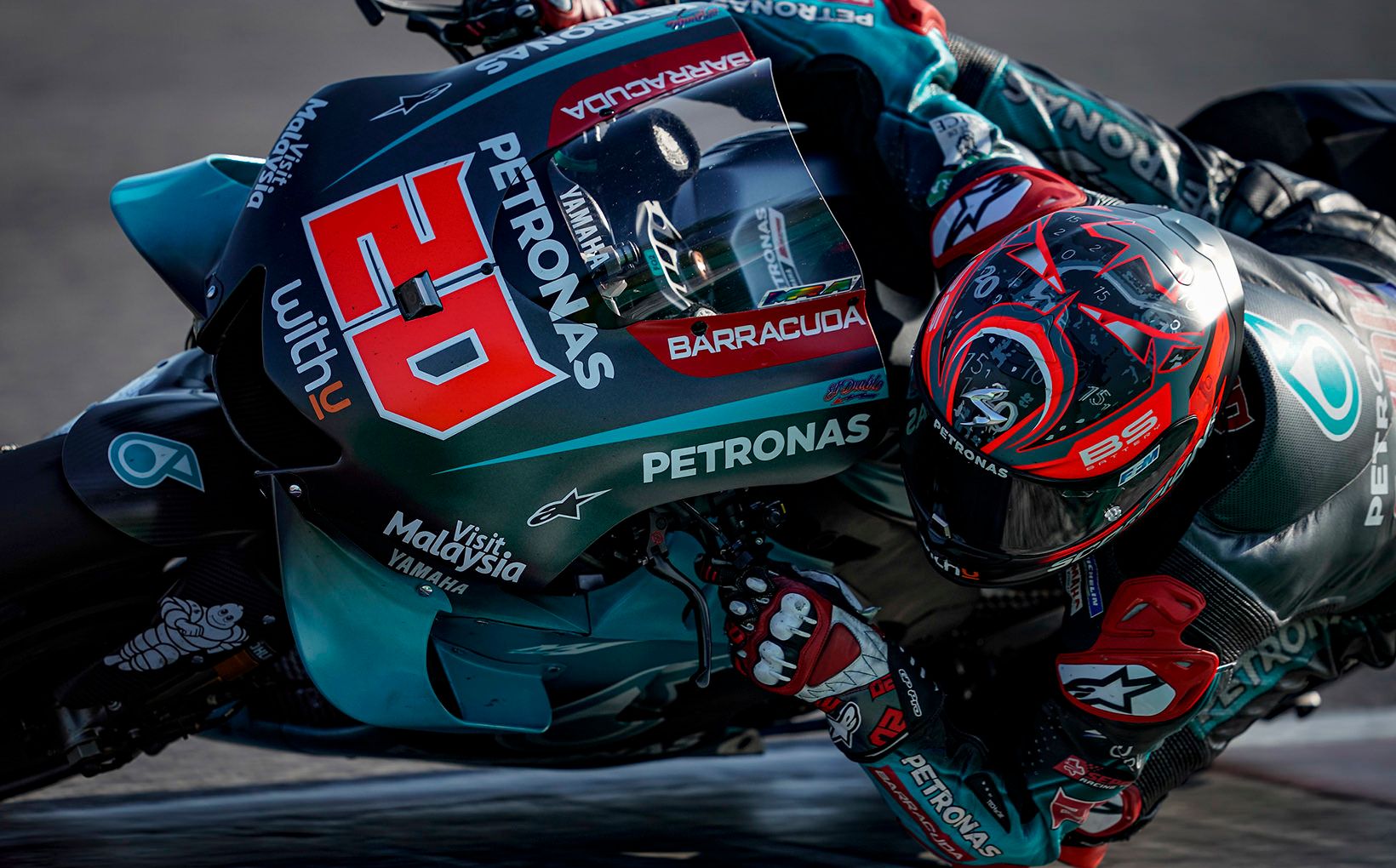 In comparison, finishing second was tough for the Petronas Sepang Racing MotoGP Team rider because he was so close to winning in a rookie season. Quartararo has to be proud of his efforts because he rode beautifully and also showcased how fast the Yamaha package is with him on board. That is one way to send shockwaves through the grid and in particular to fellow Yamaha riders Maverick Vinales and Rossi. 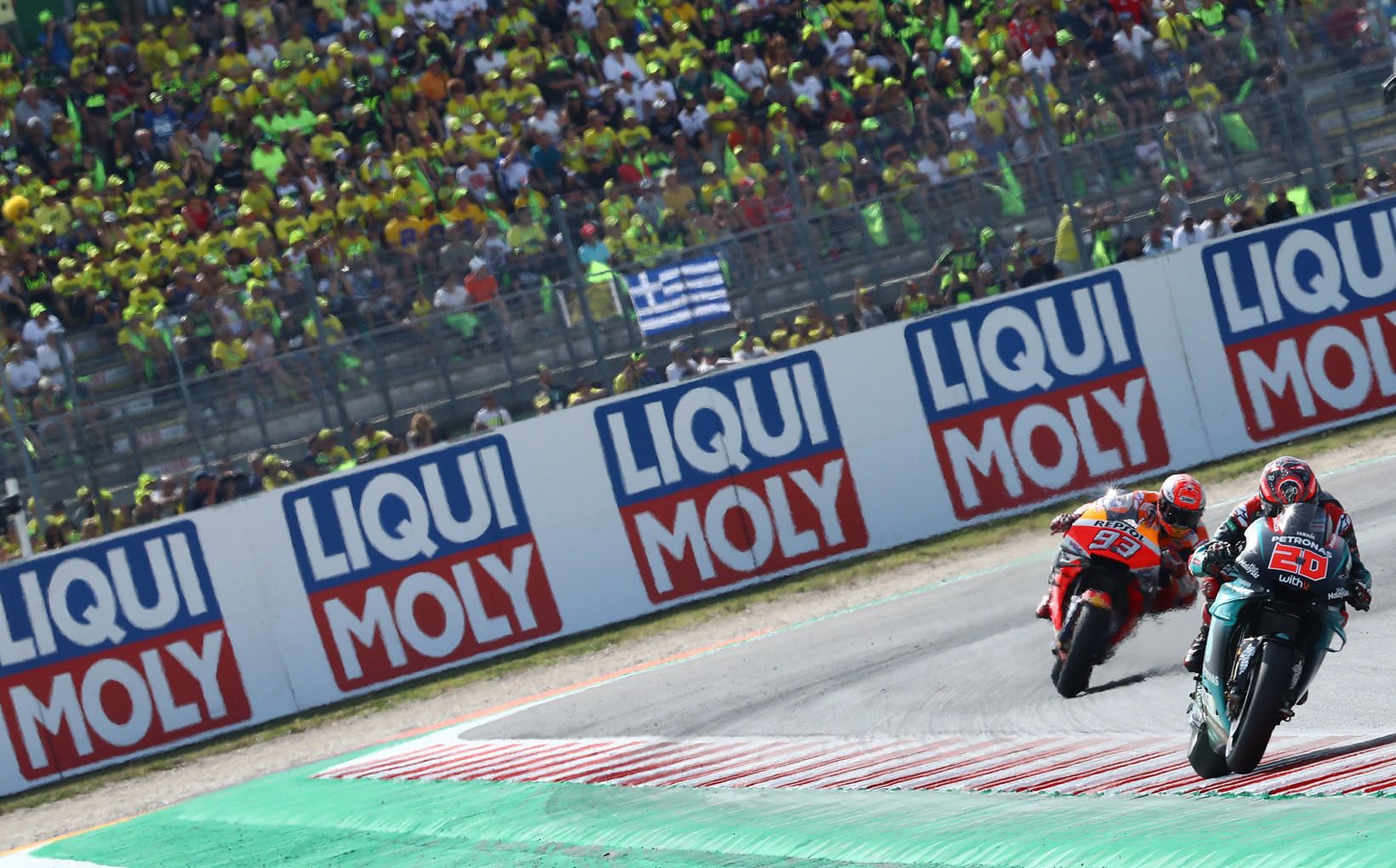 FB20: “I can only be happy about the result. We led the race until almost the end, but I knew Marc would try something on the last lap because he’s been fast all weekend. I was able to pass him back when he did, but I just went a little bit wide when he overtook me for a second time. I was faster than him in turn 11 and I fought until the end, but we had to settle for second. He had better grip at the end in one side of his tyres but I had an advantage on the right side, which is something to be proud of because it means I’m learning how to manage them. I gave it my all, but Marc has more experience in last lap battles and today he was able to use it all. It’s the first time I’ve even able to fight with him, and to be able to have battled with a seven-time World Champion is the best moment of my career so far.” 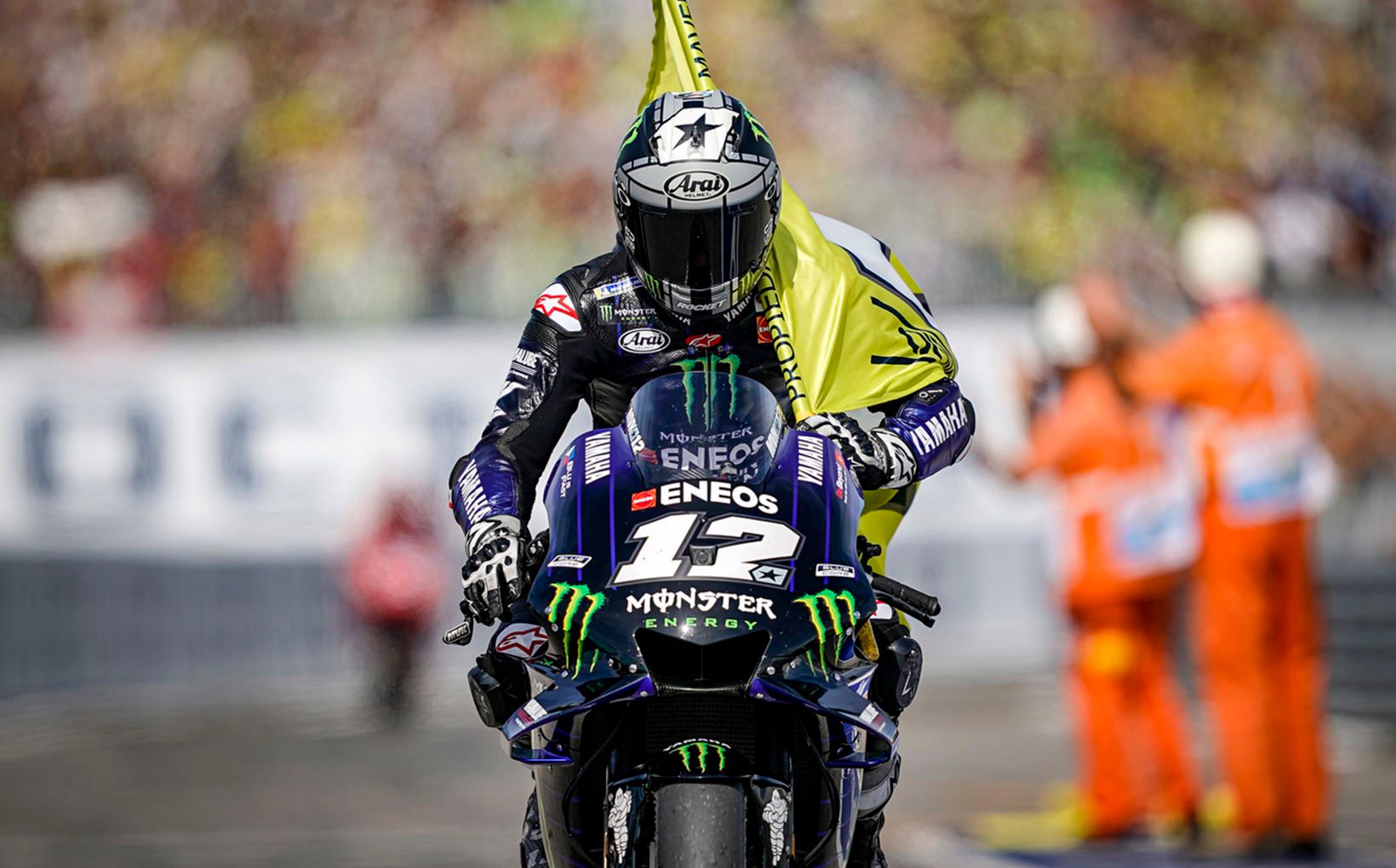 In turning to Vinales, the experts were throwing their money towards the Spanish rider for victory. However, he struggle and only managed to recover in the later part of the race. Vinales surprisingly was happy with third place due to the fact that consistency is starting to play its part in their Yamaha package. In fact, Vinales was so worried at the start of the season about finish down in the back row so his mindset and outlook is positive for the team.

MV12: “I’m really happy because it was just about 1.5s to the top. We’re getting closer at every race and we’re trying to understand how we can be better, faster, and more consistent. This was a race in which the tarmac was very slippery, and I was there fighting for a top position. We need to keep working. We’re starting to understand many things, but it’s not enough yet. I have to improve, but I’m gaining confidence in the races. Up next is Aragon, which is a track I really love and where I always feel like I can go fast. Yamaha is going in the right direction. In Silverstone Yamaha was also pretty strong. If Fabio hadn’t crashed, for sure we would both have been close to getting the victory there. So, we’re getting better every race. Especially on my side, I have to make another step, but we’re going to make it. We’re on our way and I really feel like we have the potential to fight for the victory.” 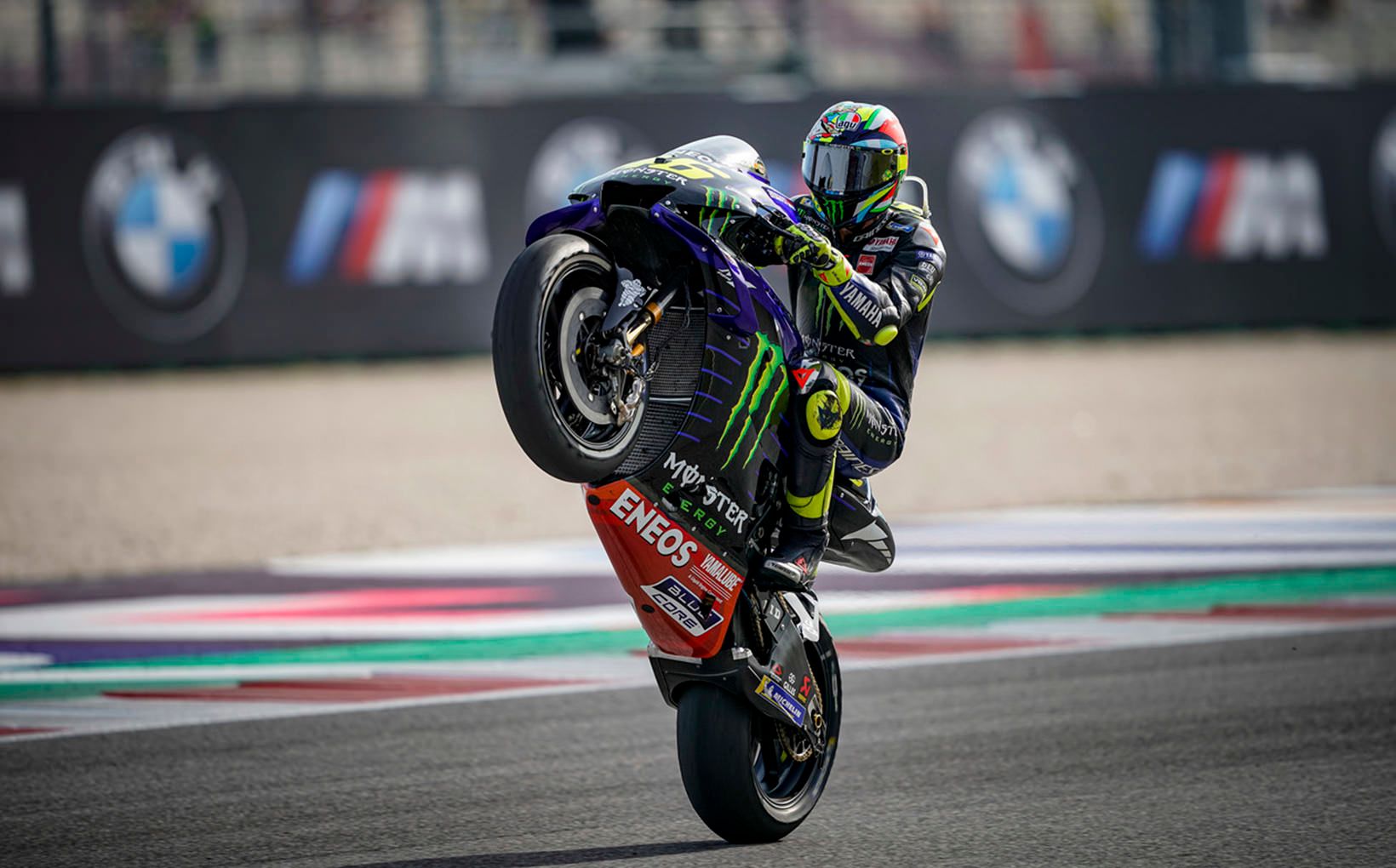 Unfortunately, the Doctor did not attend podium surgery. We expected Rossi to fight for a second or third place finish, however, he lacked pace and was not able to recover. He tried repeatedly to pass his fellow competitors though lacked the pace to make a move stick and continue in clean air. The crowd was electric yellow and so proud of their master regardless of how the race unfolded and you have to admire their passion.

VR46: “I was hoping to fight for the podium, because it would have been beautiful to hear the cheers from my fans from up there, but the race went more or less as I expected. Maybe I expected Maverick to be a bit faster and Quartararo to be a bit slower, but anyway the three in front of me had a better pace. I knew there were two or three points on the track where I was going to lose some time. We tried to fix that problem during the weekend, but unfortunately we didn't succeed. I started from seventh and it was hard: I could overtake Dovi but then I was passed by Rins. I struggled to overtake Franco because always at the point that I was going to do it, he was riding really well. I knew overtaking was going to be hard at this track, and so it was. Anyway, my pace was not as fast as the riders in front and even without the KTM in front, it would have been difficult to stay close to them. Since we’ve restarted the championship after the summer break, we have changed many things on the bike, but I think this is our potential at this moment. The three in front today were faster, especially in the corner exits and that’s where we are still missing something.” 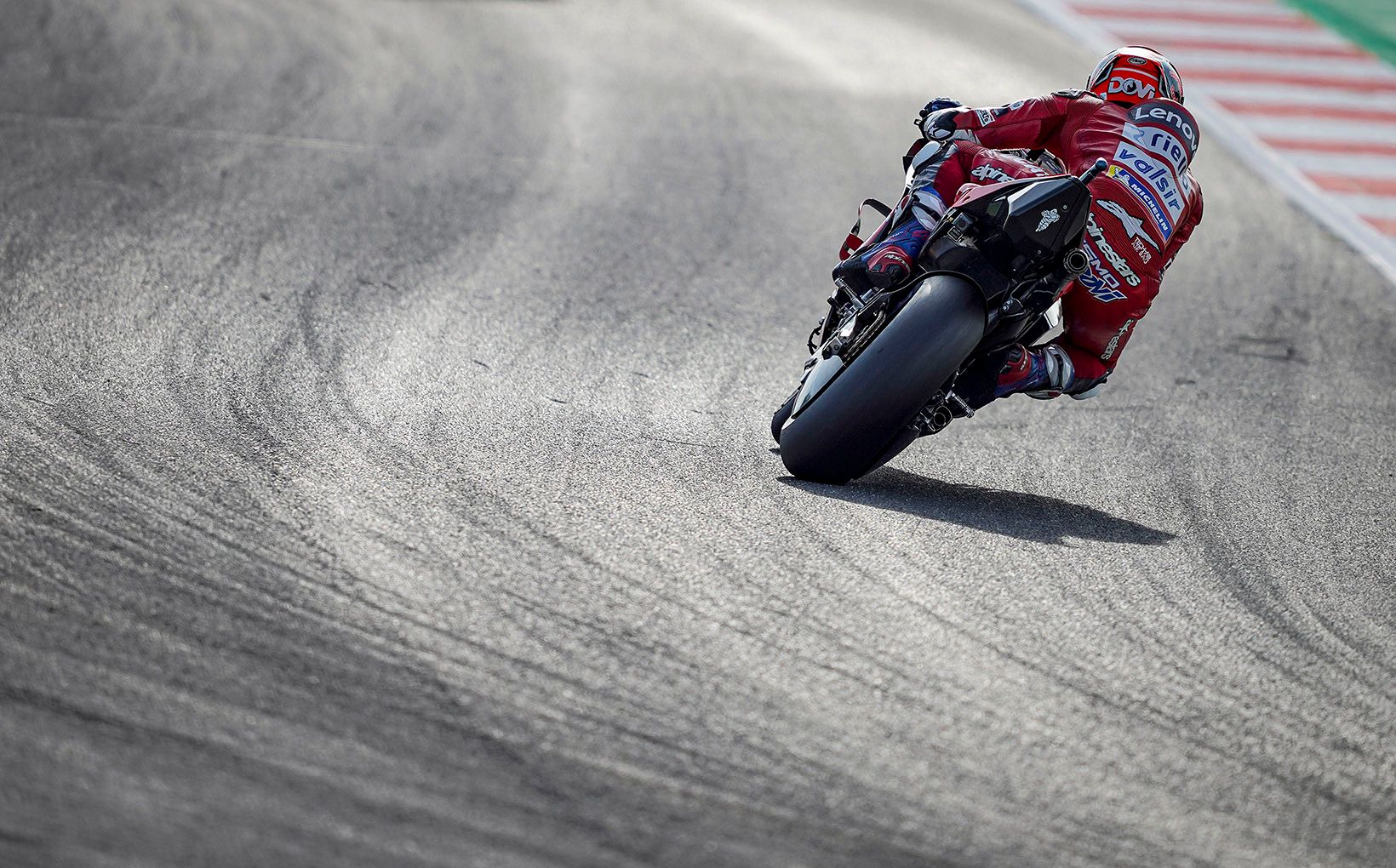 In terms of those who struggled, Andrea Dovizioso did not have a soaring and fabulous Grand Prix and neither did Cal Crutchlow who ended up crashing out. DesmoDovi suffered because of the very little grip and in particular with the front end. He found it difficult to push and was satisfied with his final result considering how far the gap was when they got to Misano on the Friday. 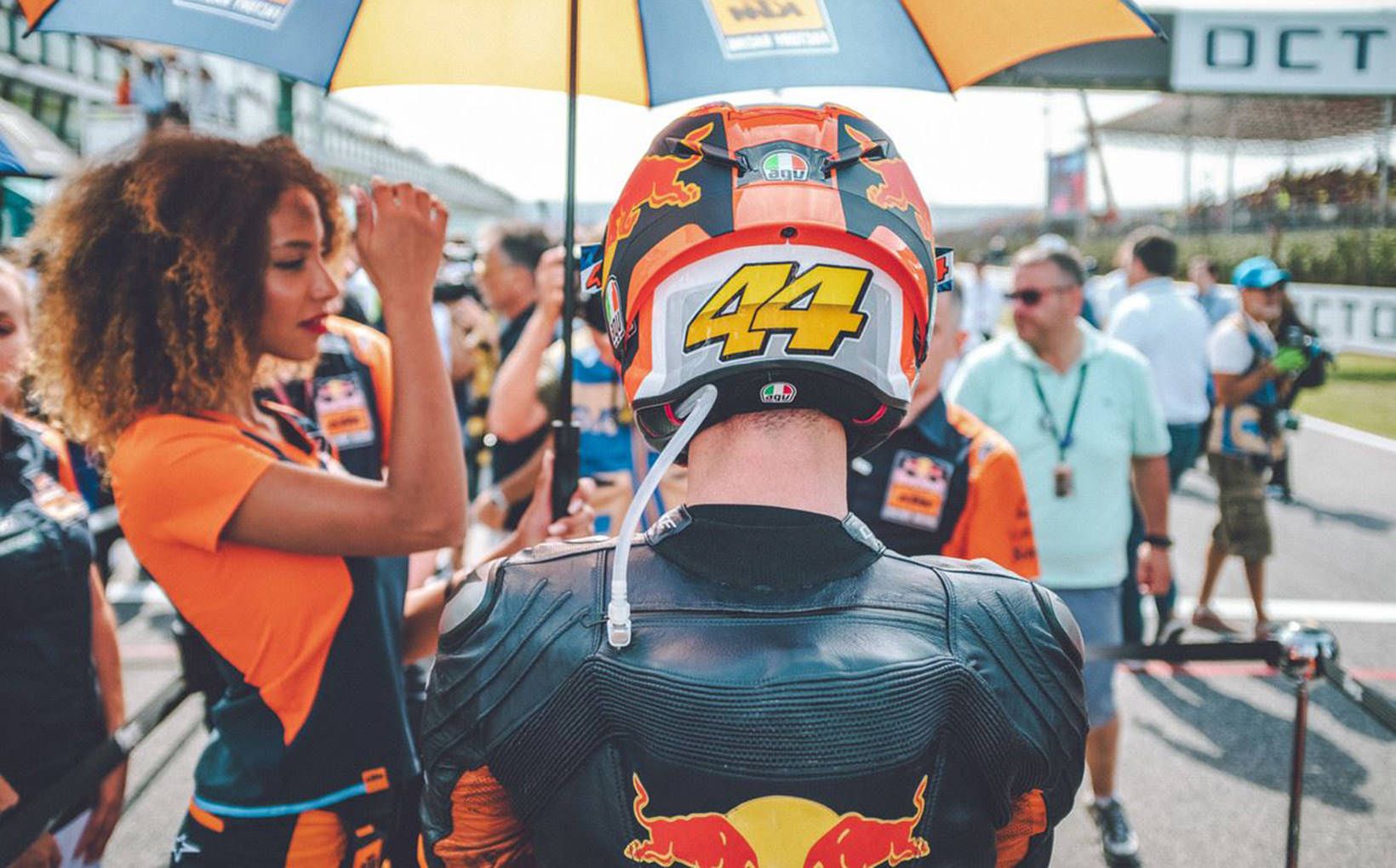 Crutchlow unfortunately fell victim to the track and was slow. His feeling with the bike was poor and the test was negative as well with no growth experienced across the team. In fact, he was shocked to have crashed in the corner where he came off and is hoping to recover and rest for Aragon. Improvement is key to moving up the ladder and right now Crutchlow feels as though things are not going their way which is not ideal considering his usual pace and fighting heart. No doubt, Jack Miller was feeling the same way with a very hard race and a total lack of performance. The Australian rider could not find a rhythm as opposed to Pol Espargaro who shined as he started second and finished in the top seven. The KTM rider is really enjoying his journey with the manufacturer and pushing boundaries which they have wanted to achieve for so long. Aragon is up next, will Marquez dominate once again to then finish the title in Thailand is the question!