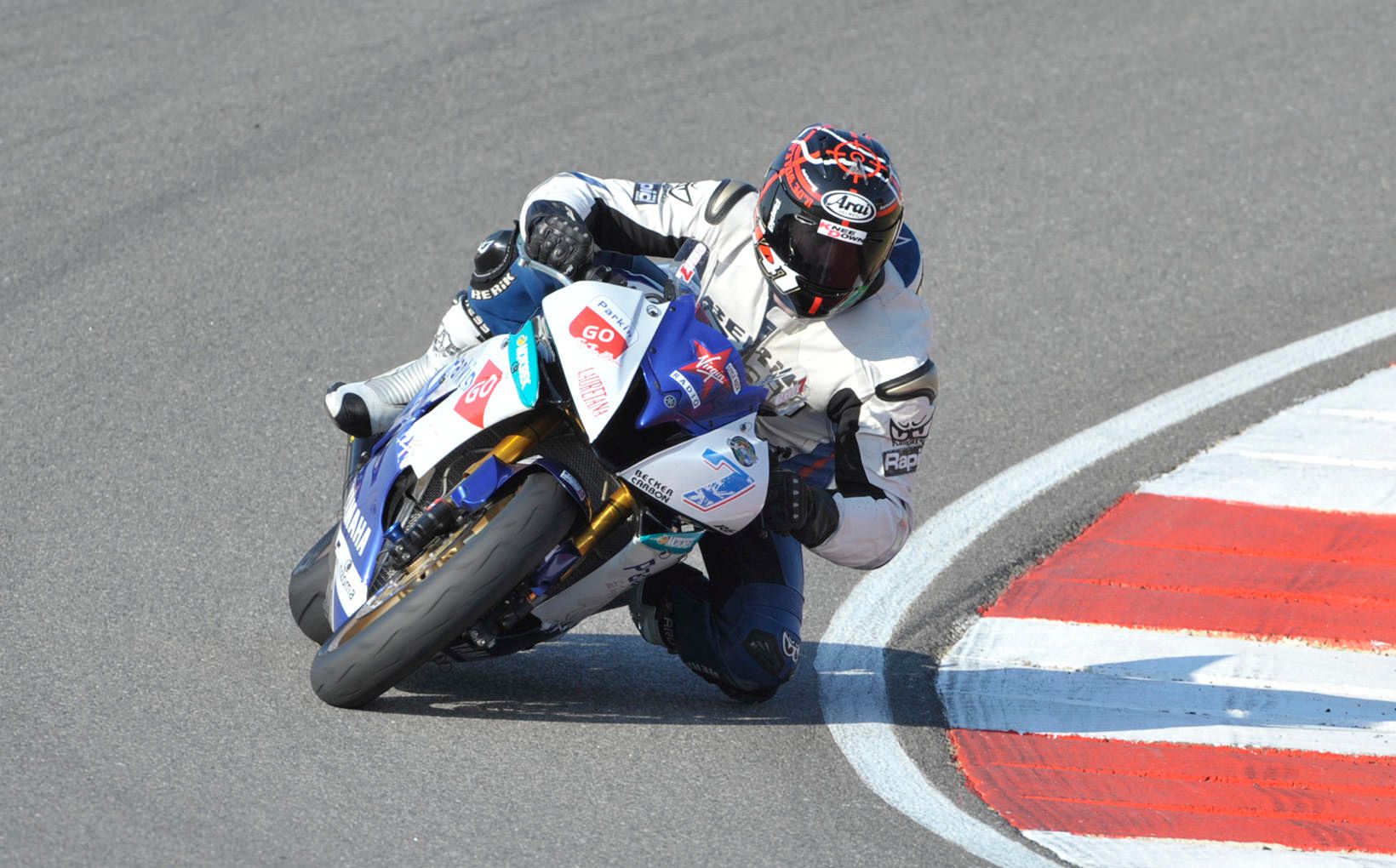 Chaz Davies historically wrapped up the WSS title ten years ago this year on the now legendary (and becoming collectable when talking early models) destined to be phased out YZF-R6. 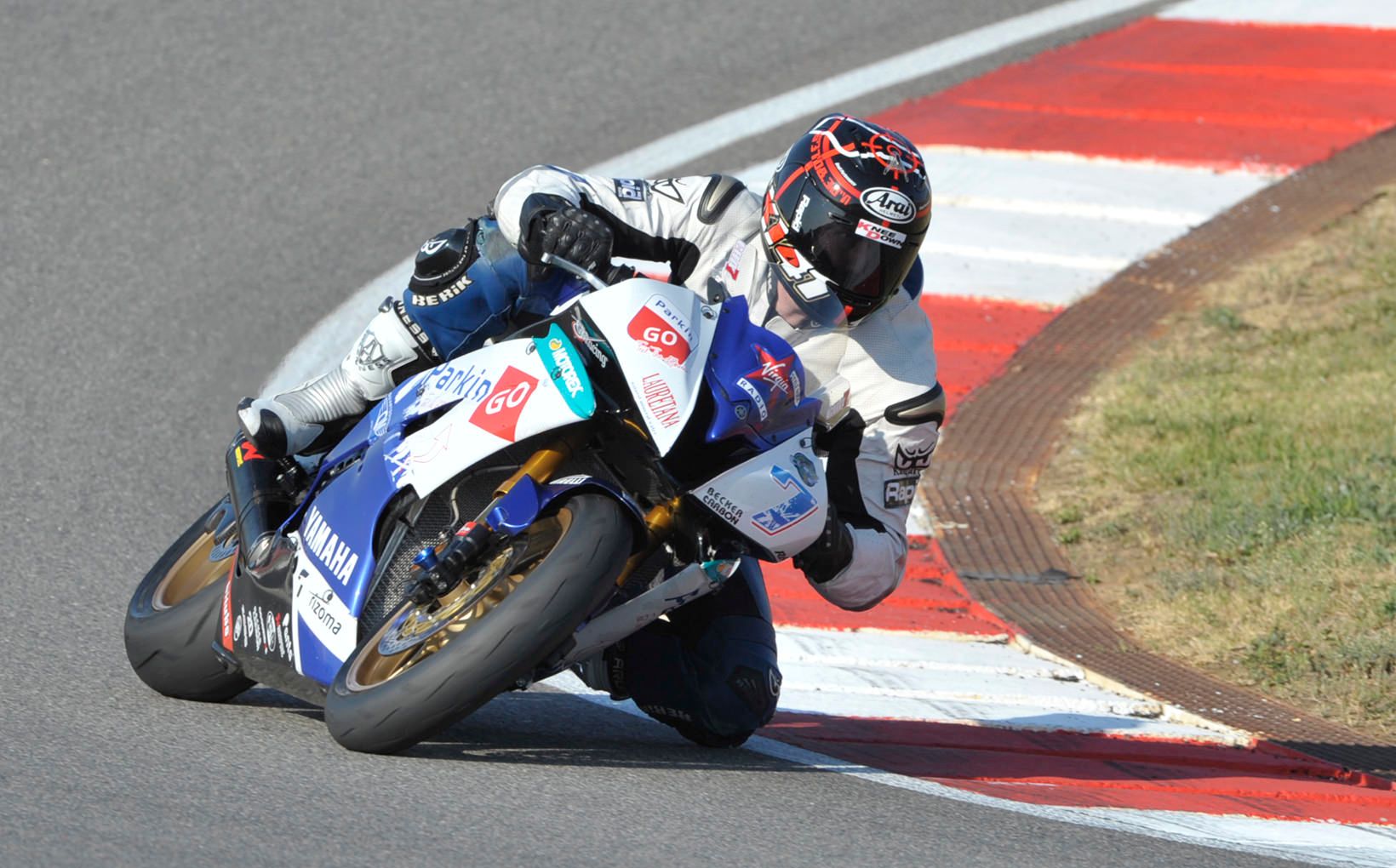 A decade on and little has changed, showing what a brilliant racer the R6 was from 2009 onwards.

Chaz had wrapped up the WSS title the previous round to the finale at Portimao, where I rode the bike on the Monday after the race. In a more relaxed mood but typically in winning form, Davies took victory from Salom and Ellison in a stunning race the day before I rode the bike. It was a fitting last WSS race for the then 24-year-old, now a WSBK long termer. 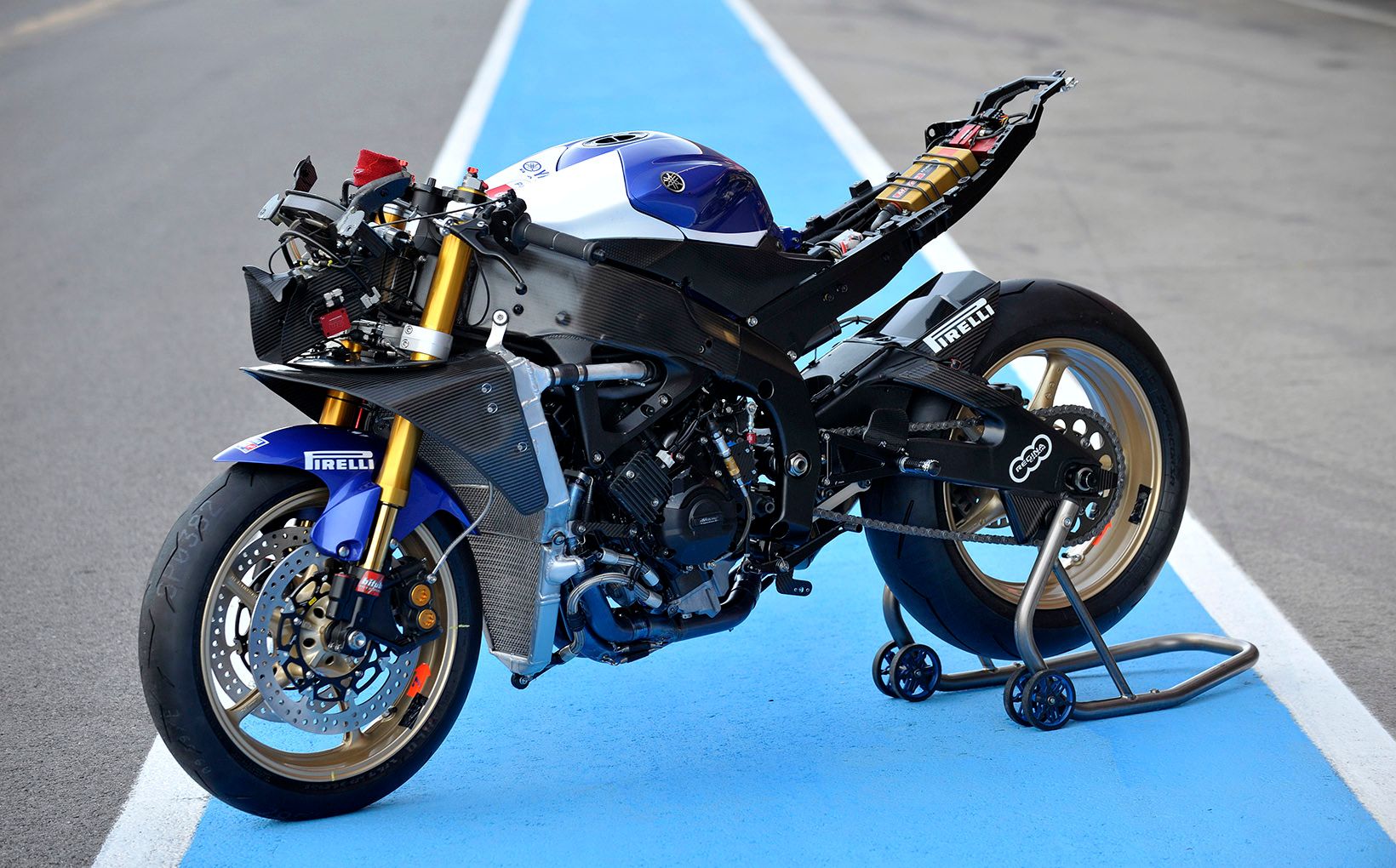 At only 158kg, this beast was a lightweight. What a stunning looking chassis. I wonder where the bike is now?

In it’s 12th year of development and with this particular machine in its second year (2009 with Cal Crutchlow, 2010 a year off, back for 2011), the then current factory R6 was a proven winner.

Davies alone had given the bike six victories on his way to title glory. So when I walked into the ParkinGO pit garage with my lid under my arm and a signed waiver in my hand, I knew I was on for a good time… 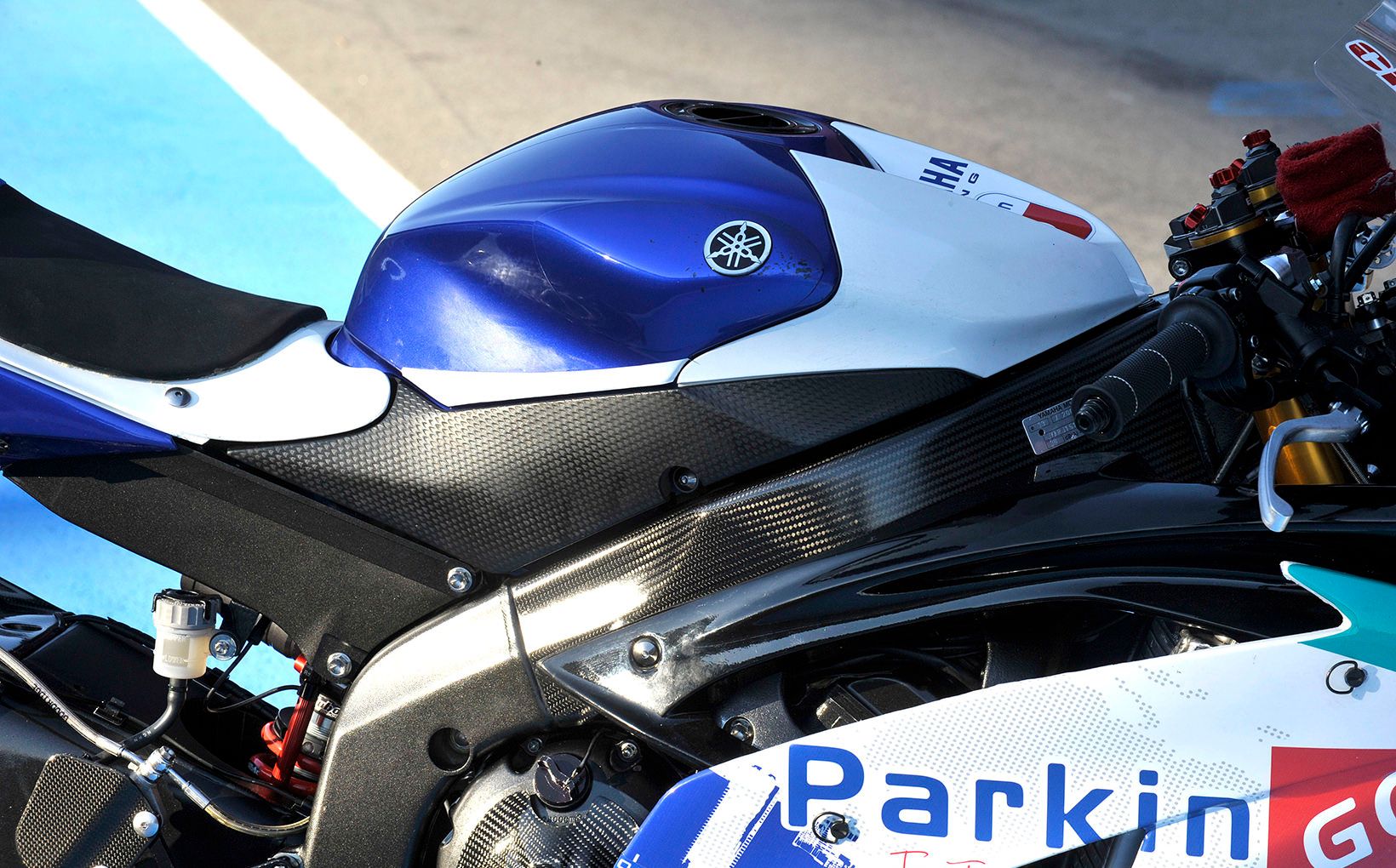 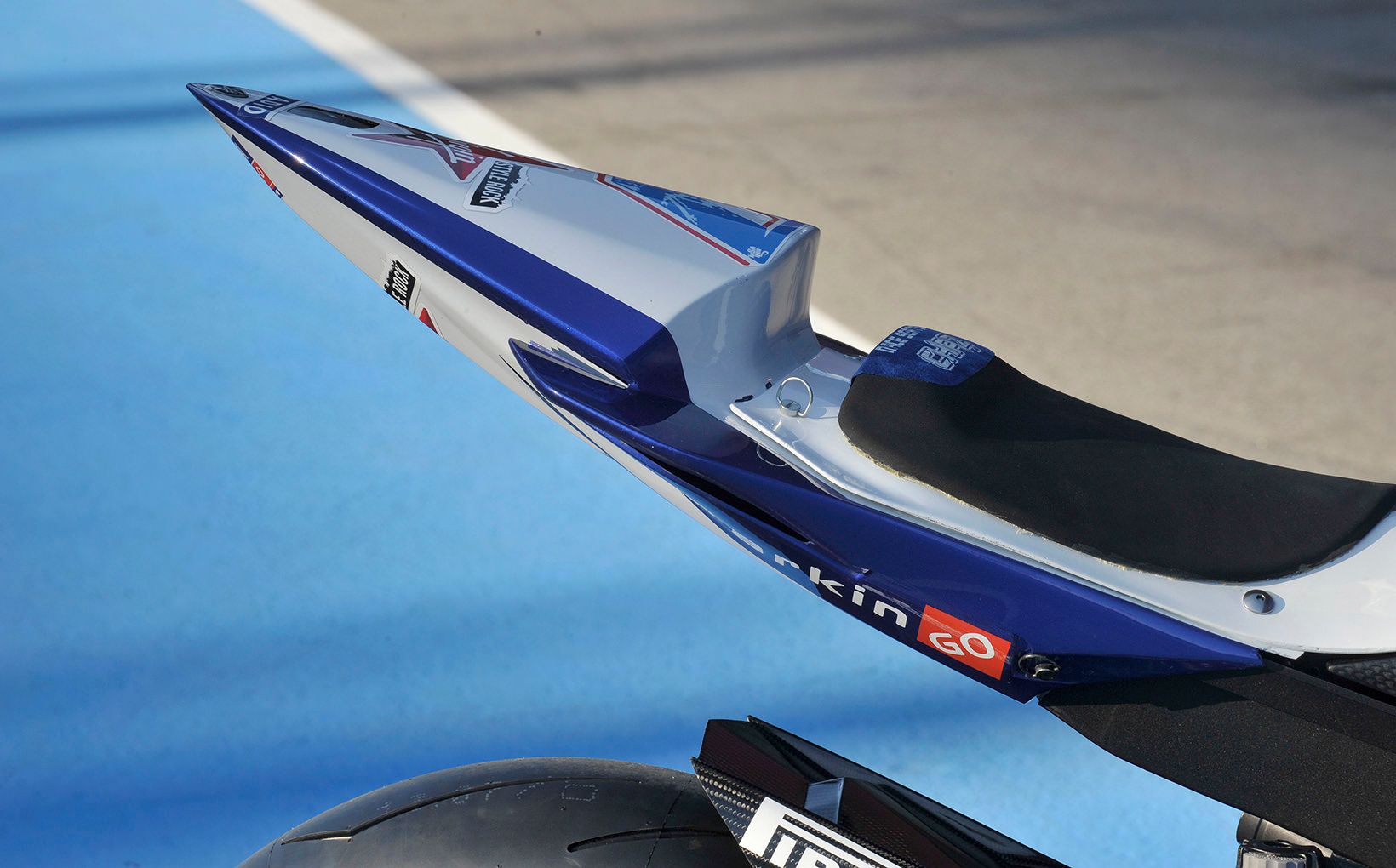 Super slim tail unit, plenty of room for Chaz Davies, who is tall for a racer… 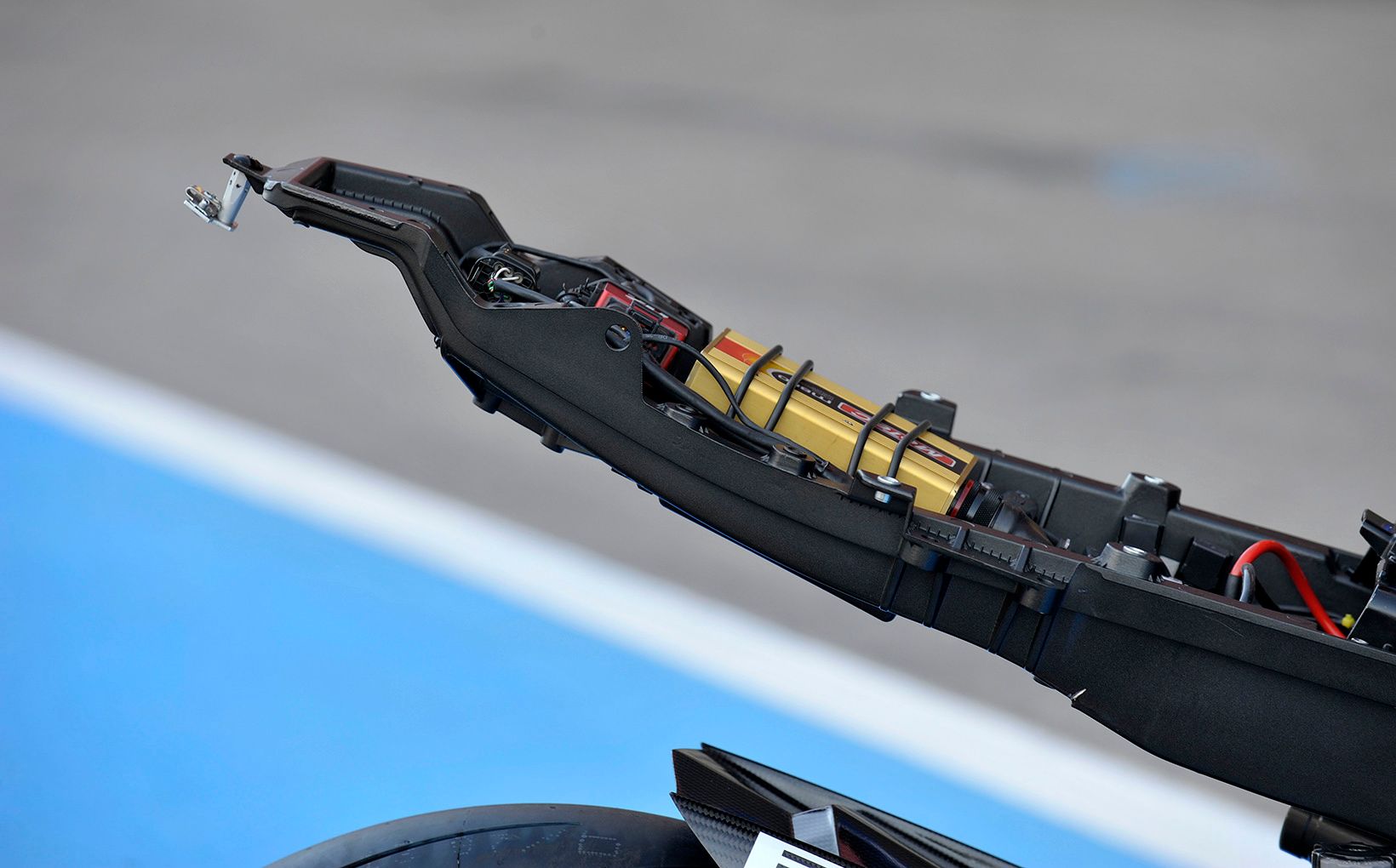 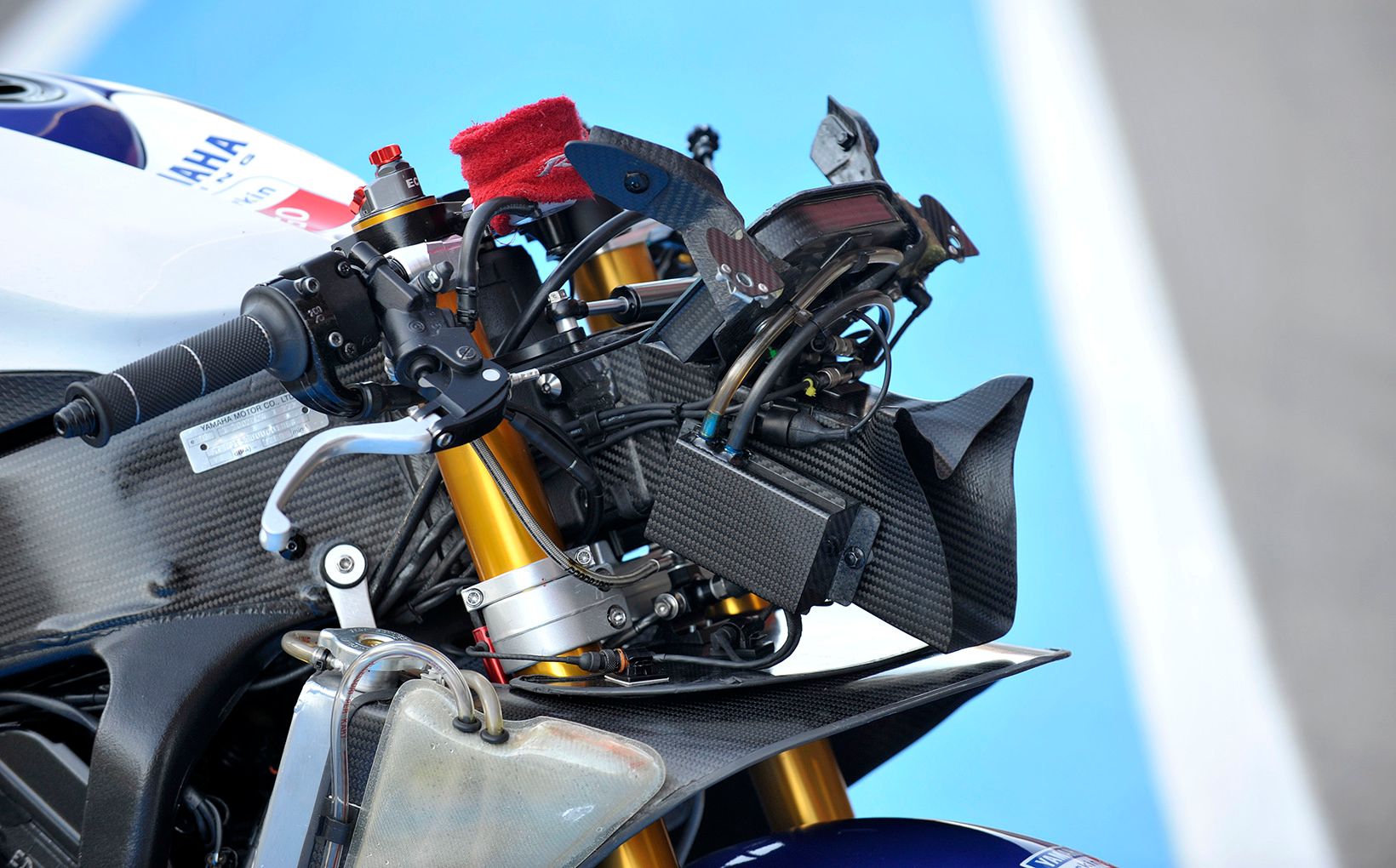 Carbon-fibre and big $ everywhere you look and this was a decade back!

The first thing I noticed about Chaz’s bike was how much it felt like a normal R6. The fuel tank, bodywork, all very familiar. The ride height both ends is tall as expected but not as radical as I anticipated. The ‘bars are really wide and flat, very close to a flat bar like an MX bike. The seat position is fantastic – close to the bars but there is still a comfortable reach. And the seat-to-peg distance is roomy. Overall a perfect fit for me. I’m exactly the same height as Chaz so it makes a change from me trying to fit into the typical jockey sized bikes. 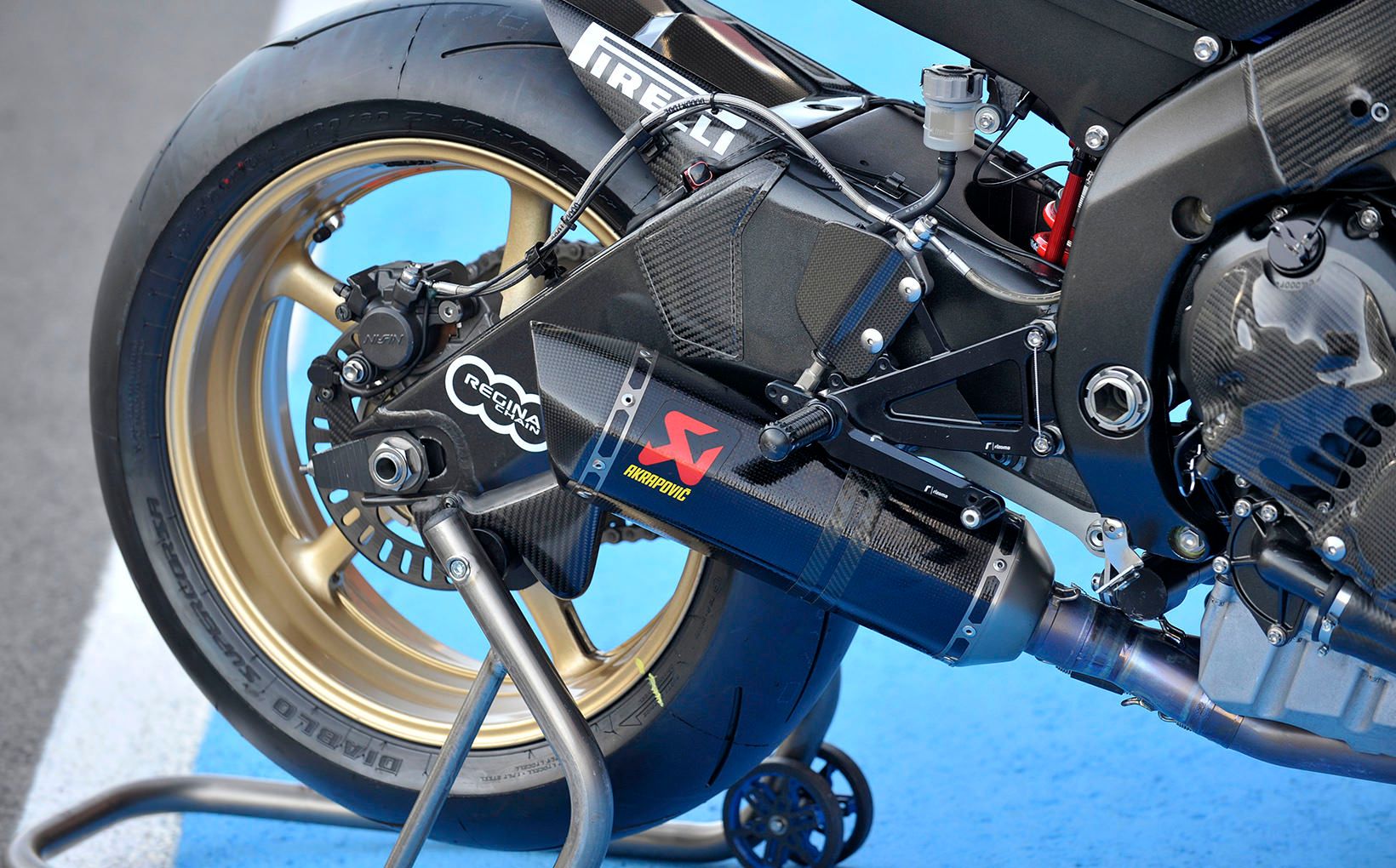 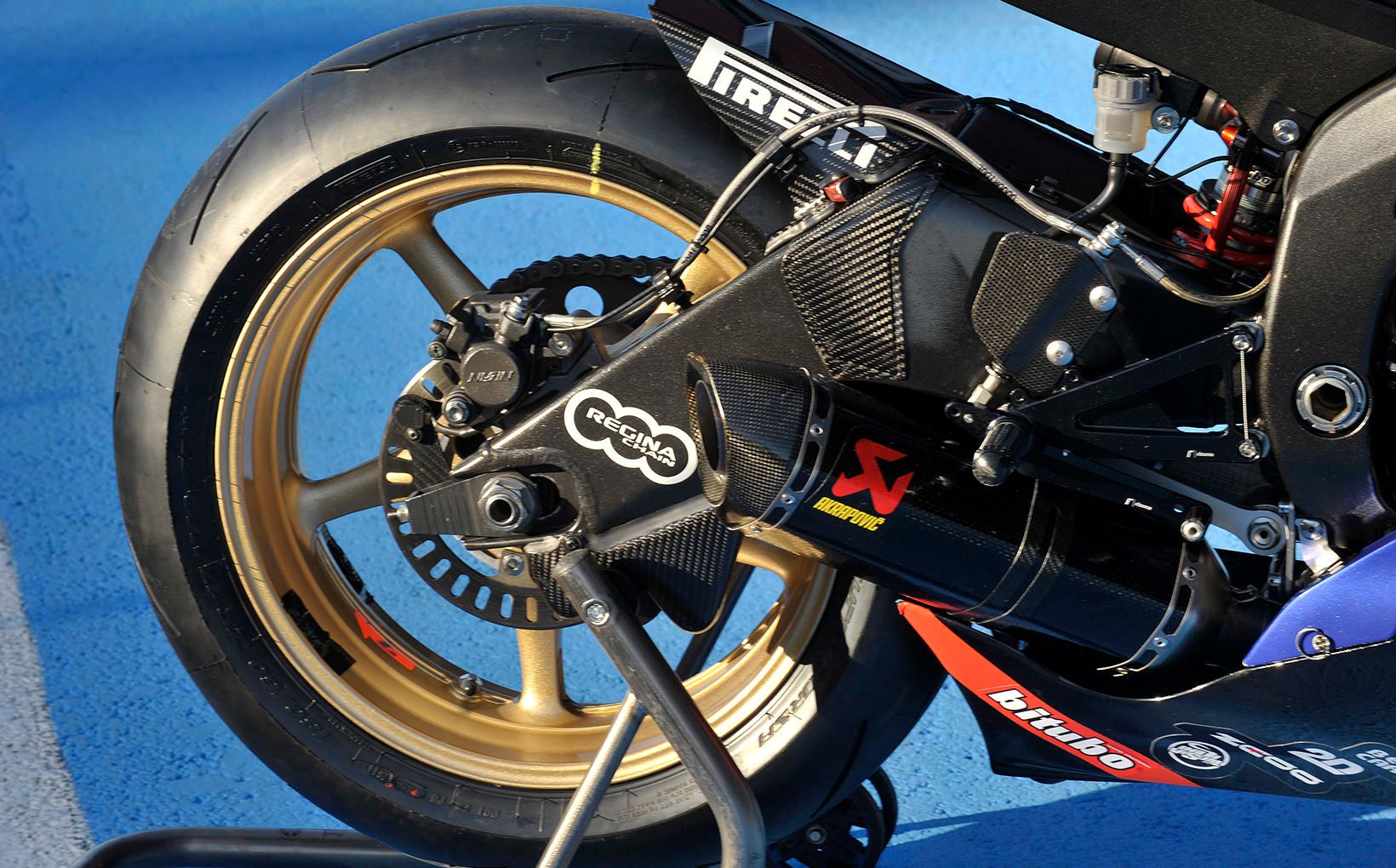 Stock Tokico rear caliper but look at the slots in that rotor?

The bike was fitted with 30 per cent worn tyres, which was OK, and warmed up and ready to go. TC was set to level 3, which is as Chaz raced it the day before. Everything else was as per Sunday.

The bike naturally feels like a racer as Yamaha developed it with racing only in mind…. 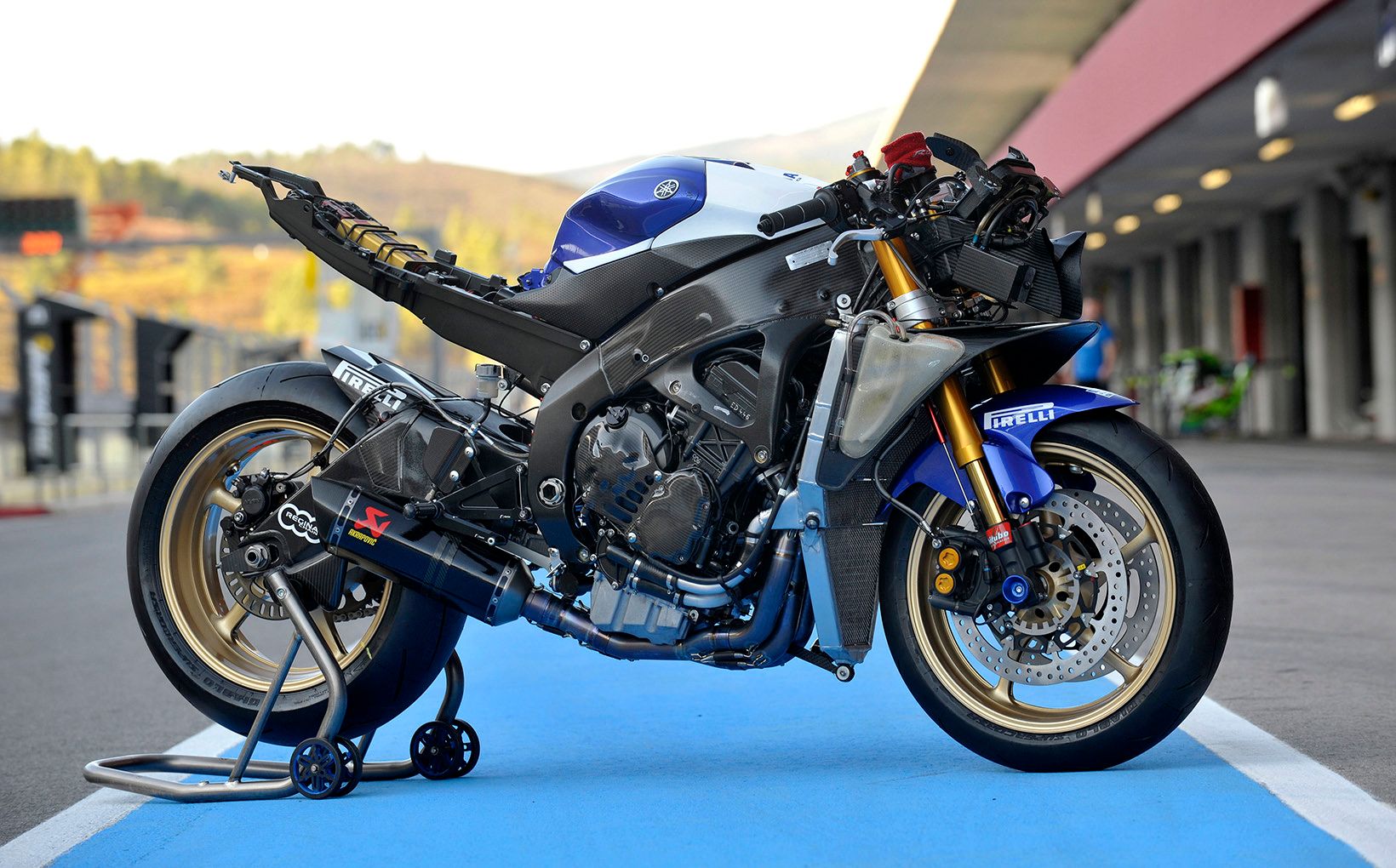 Rolling out of pit lane and accelerating towards turn one the R6 spins up really quickly. The gearbox shift is amazing and the fastest quickshifter around for the era. After a few corners to settle in I put my head down and push. The engine is a screamer. It builds from 12,000rpm but the business end is up around 14,000 – 16,000rpm where things get very rapid. Despite the peaky nature, once in the top end rev band the bike is electric smooth and the TC very subtle. The power doesn’t tail off at all. The top end is just stunning, particularly compared to the Ten Kate Honda CBR600RR and much more than the MotoCard Kawasaki ZX-6R I rode on the same day. 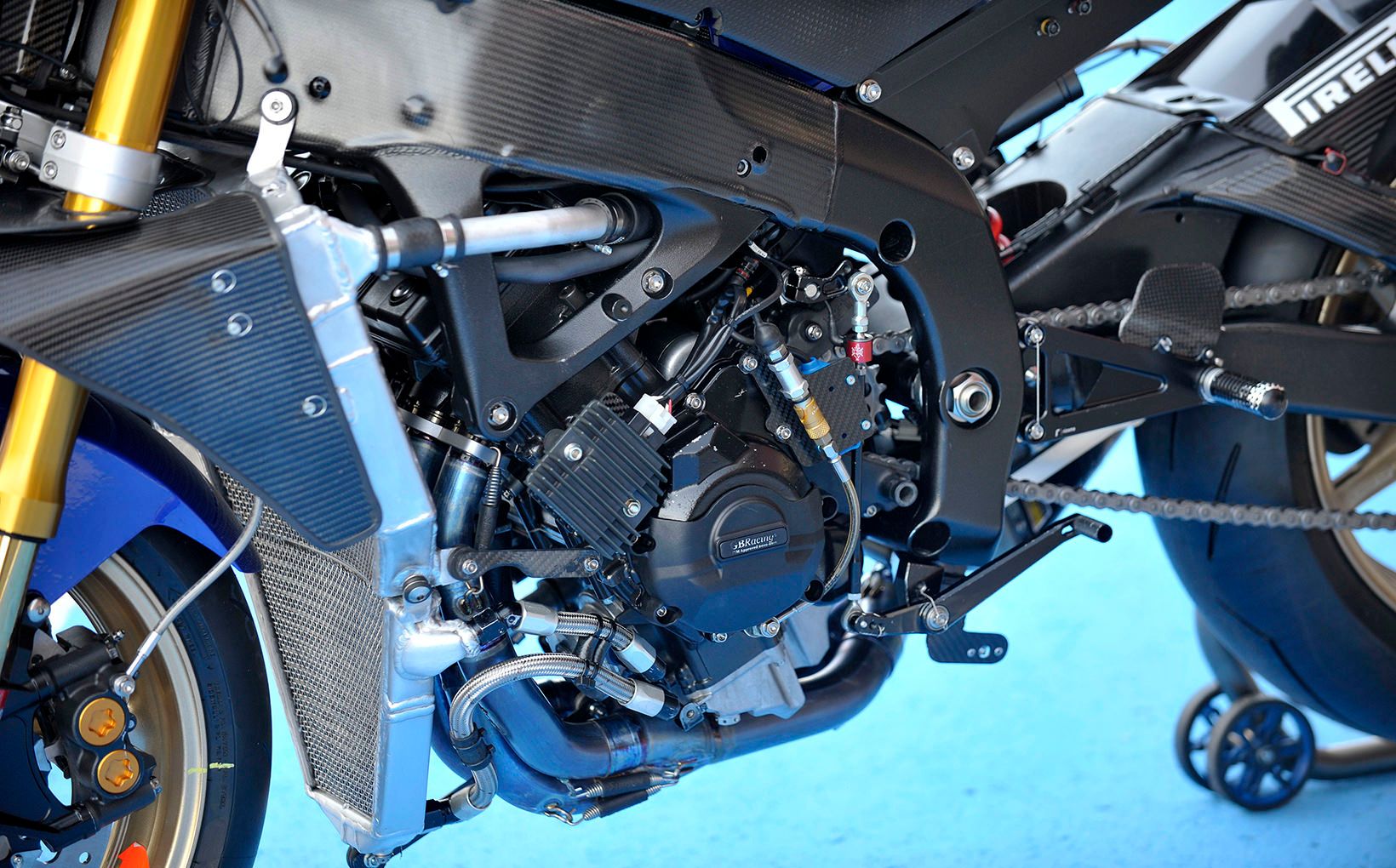 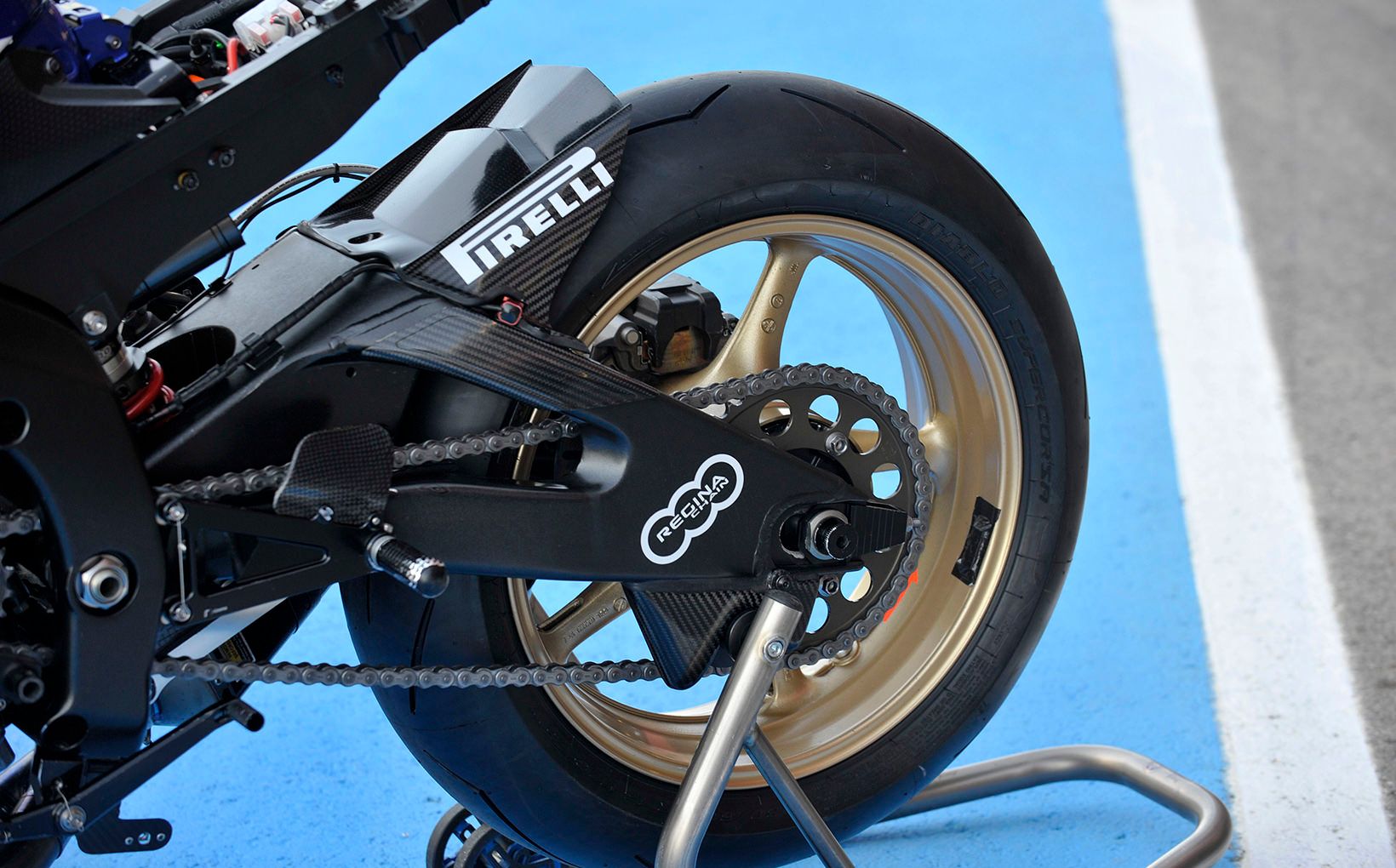 The gearbox ratios feel closer and more competition-like than the other SS bikes and the shifter is great. Downshifting is simply a matter of clicking back through the gears – the engine blips itself and the clutch slips into turns accordingly. Run into corners is stunning and corner speed is 250 GP-like. 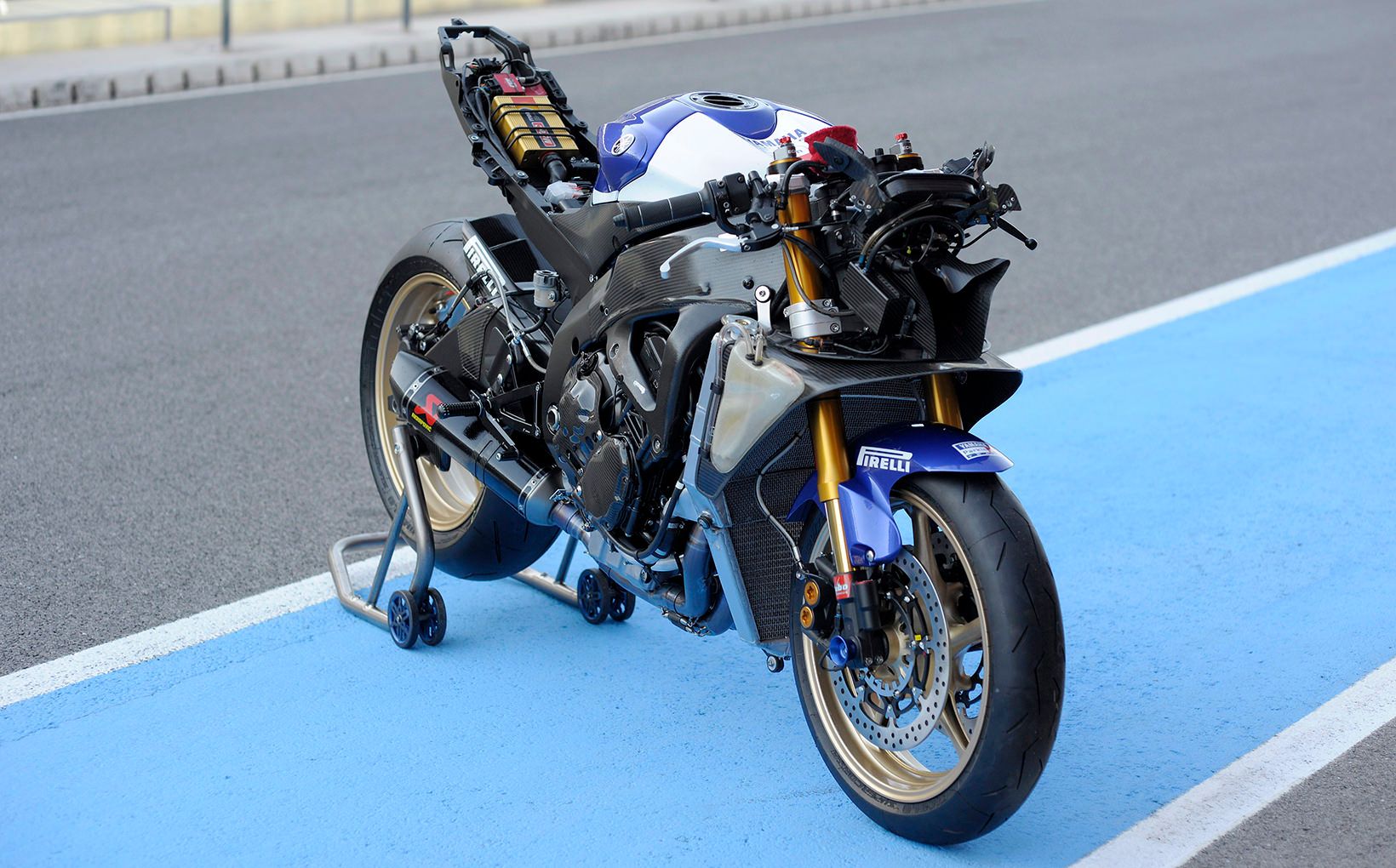 Initial throttle opening is silky smooth and the bike really is so easy to ride. It just feels like a normal track R6 but with stunning suspension and massive power.

On the gas, even in the upper gears, the bike likes to wheelstand, so I found myself using a lot of rear brake over the big crest at the back of the circuit. 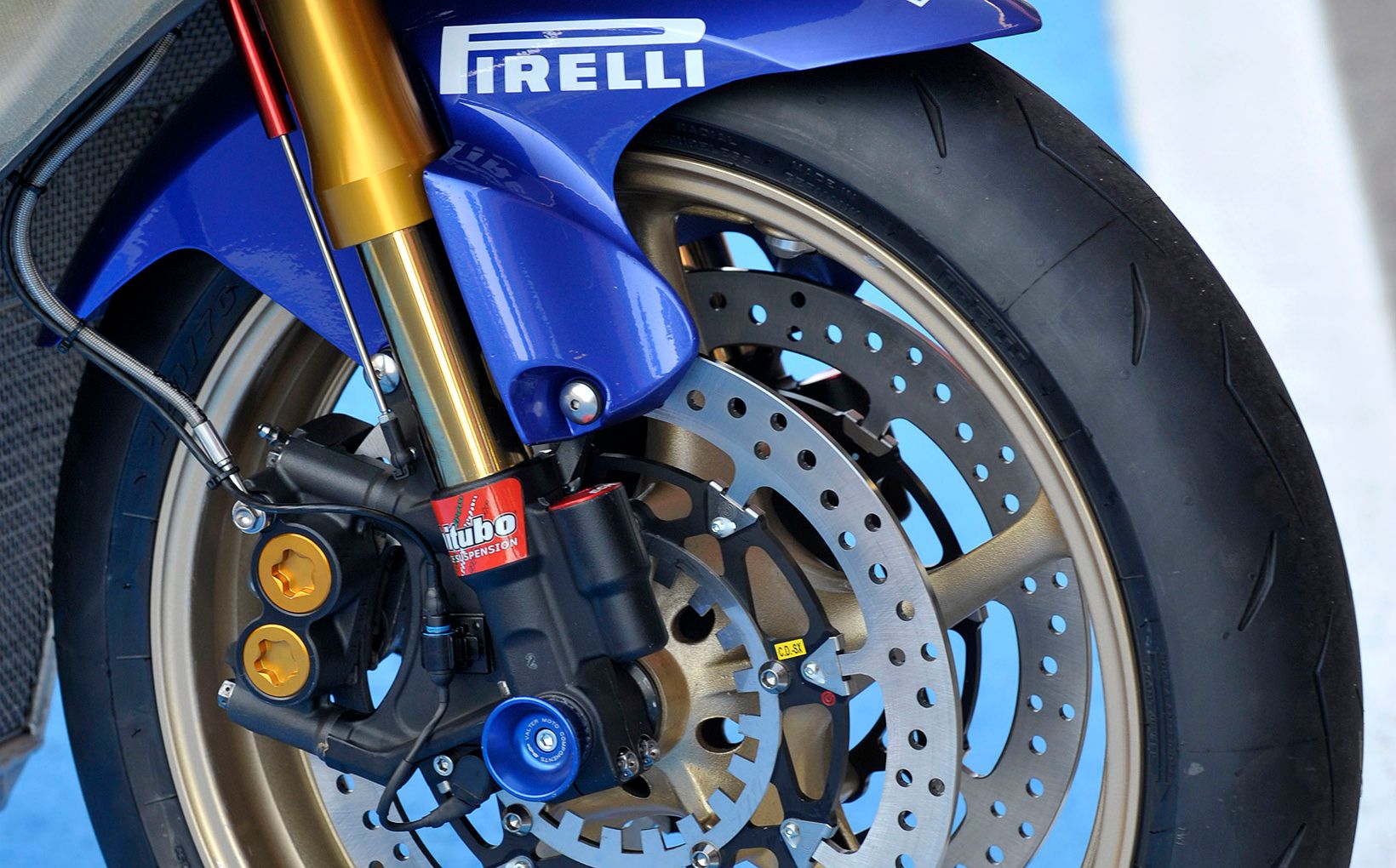 The front brakes were a letdown, with little initial bite, but this could be a Davies preferred setup.

The brakes on the bike were not as powerful as expected. Chaz may prefer a low ratio in the master-cylinder, as there was a lack of initial bite and the brakes needed a big squeeze to pull up. This is probably not such a bad thing in the heat of battle on such a short wheelbase bike. Chaz has a tendency to back bikes into turns and an abrupt initial bite would exaggerate that style. 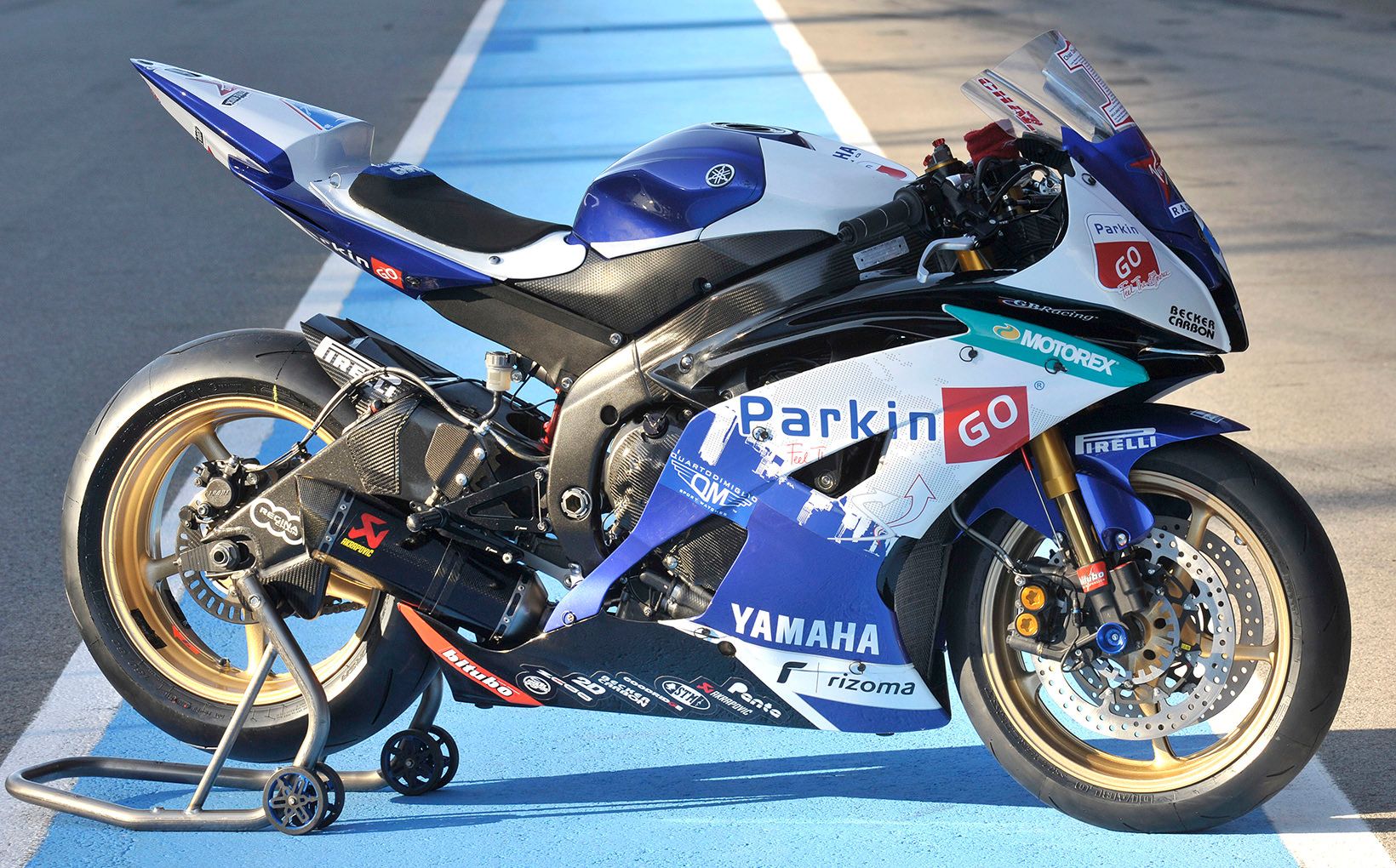 Initial turn-in is fast, the best steering of all the bikes I sampled on the day, and the bike falls onto its side very quickly. Lean angle is incredible and the bike tracks through turns with the poise of a long wheelbase machine while still having the benefits of the agility and line changing ability that comes with the short wheelbase. Amazing what riders and engineers can get a bike to at world level. 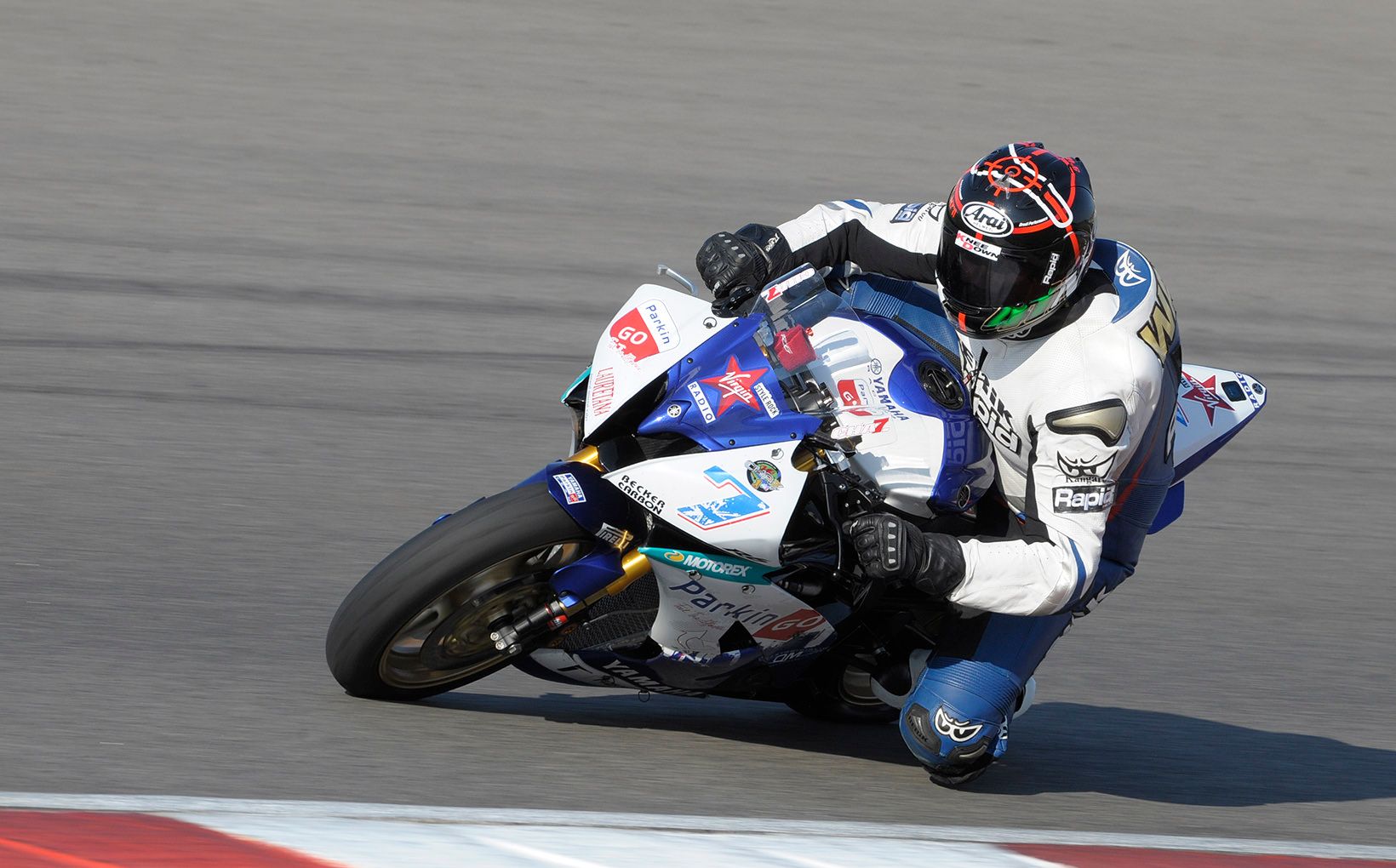 The agility of a short wheelbase bike but the corner speed and stability of a long wheelbase machine. Magic?

The rear spring was really, really hard and there was some small rear chatter as I was not pushing through the stroke anywhere near as much as Chaz would be. Using full throttle off all of the corners on the bike and trusting the fantastic chassis and electronics was a great buzz and the speed down the chute sensational. 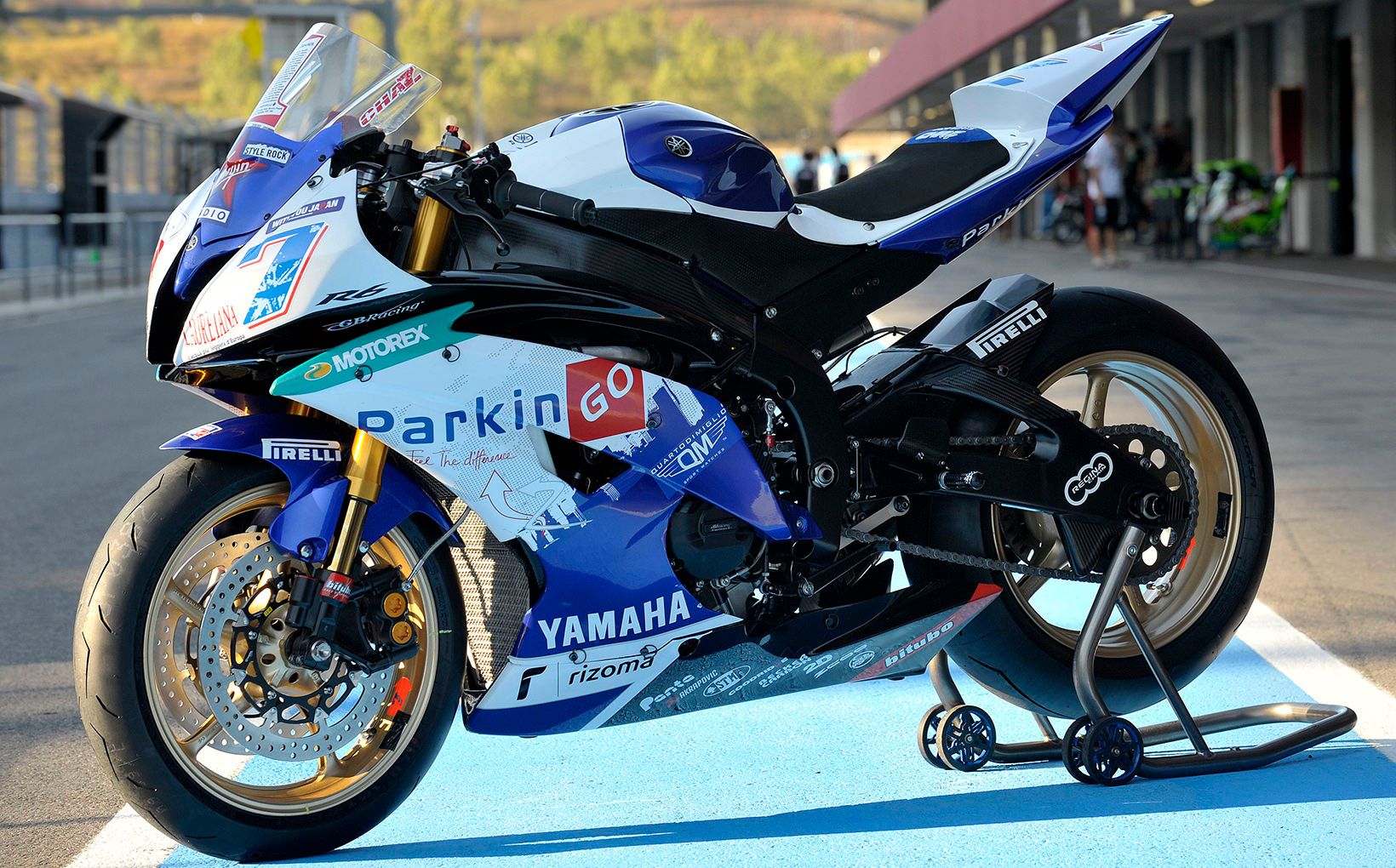 With SuperSport 600 inevitably being phased out bikes like this will become very collectable.

Overall, I was surprised at how easy the ParkinGO world supersport championship winning R6 was to ride for a normal human like me. It was very exciting, don’t get me wrong, but so well sorted that it was easy. I can clearly see how a talented rider like Chaz Davies could steer this thing to so many victories and a title. It’s a winner in every sense of the word…