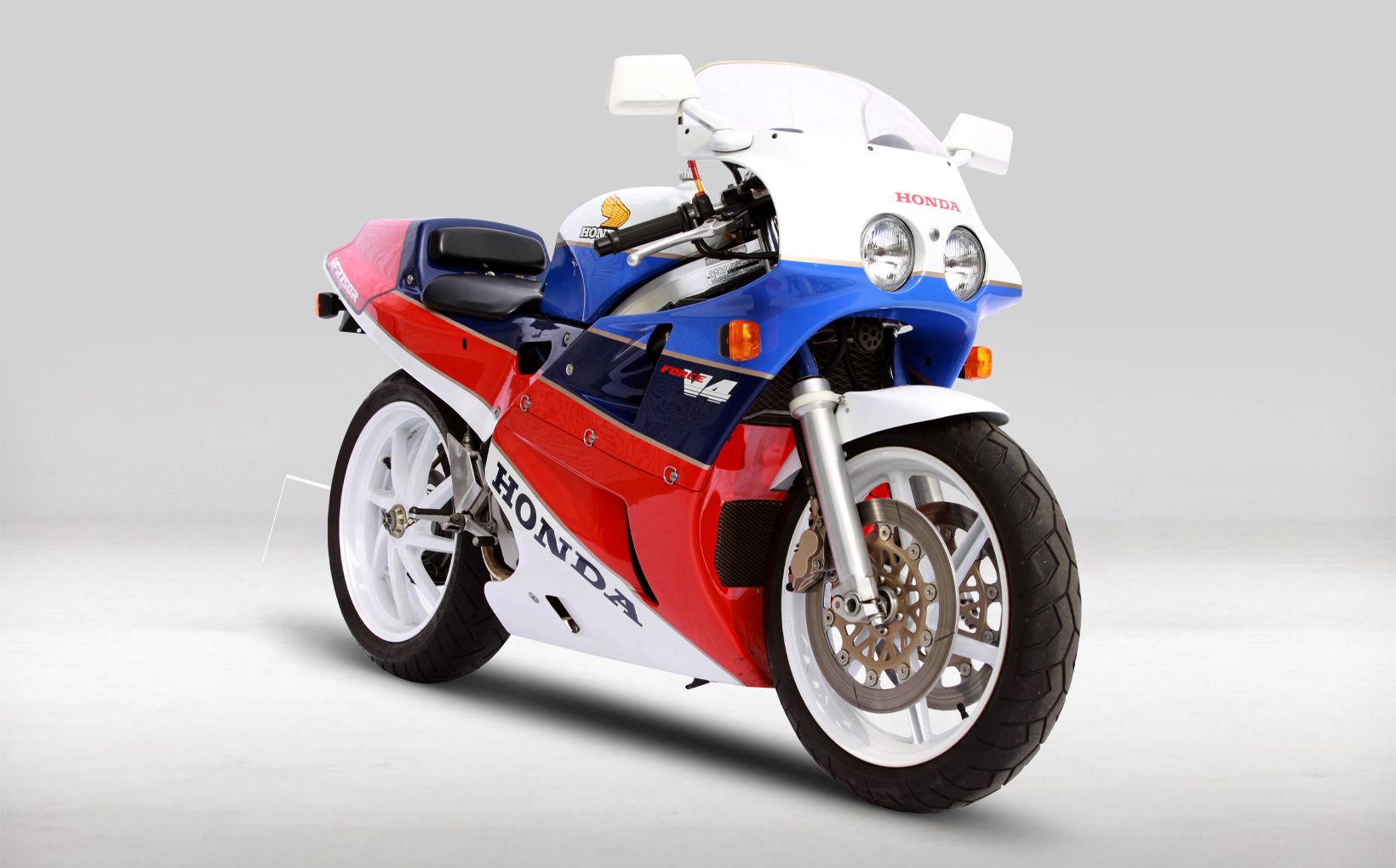 The World Superbike Championship had been conceived and manufacturers the Word over were scrambling to build winning street homologated racers to take maximum advantage of this potential marketing marvel. 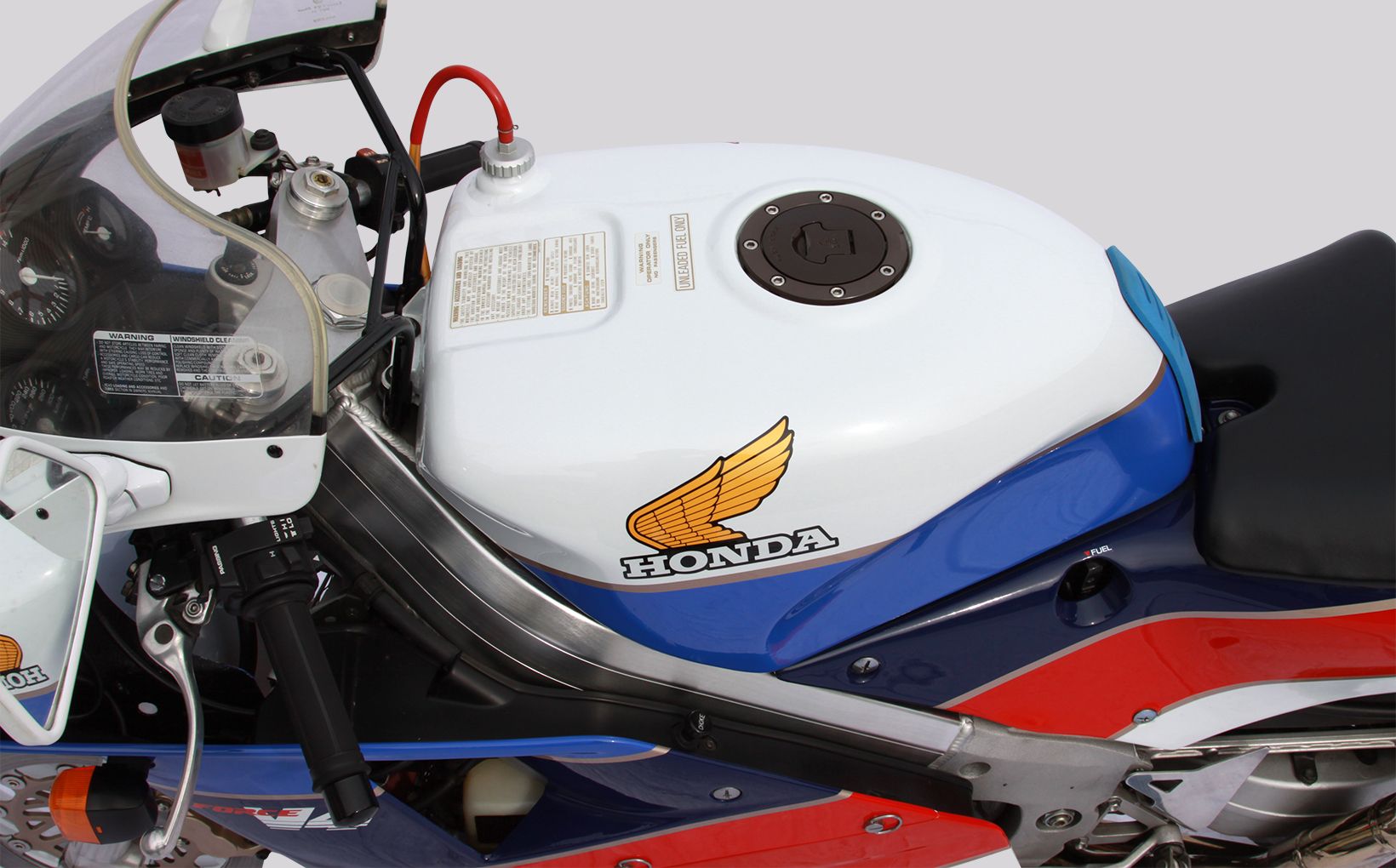 It is very rare to see them as original as this example.

It was the late 1980s, a decade of excesses and spiralling technology. Millions of dollars in tobacco and alcohol sponsorship were on the table and engineers were rubbing their hands together with the thoughts of high spec no expense spared dream racers.

Words like titanium, aluminium, magnesium and carbon-fibre were rolling of the tongues of salivating, frothing at the mouth designers. And the public were about to be gifted with technologies not yet seen on the street. As long as you had the cash, you could own the bikes that were winning on TV on Sunday arvo… What a time that must have been for the lucky few – particularly if you had the big bucks to buy a Honda VFR750R RC30… 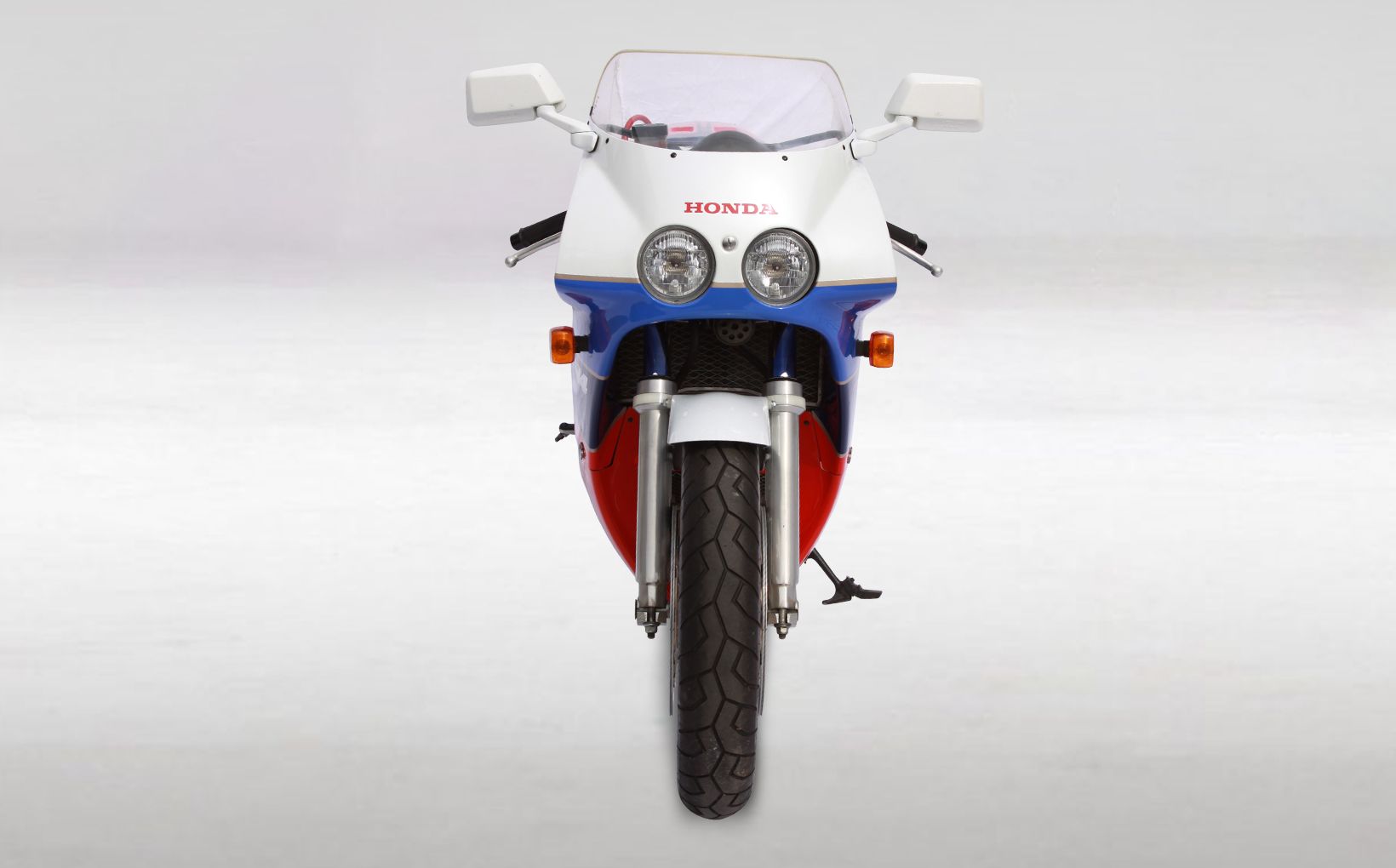 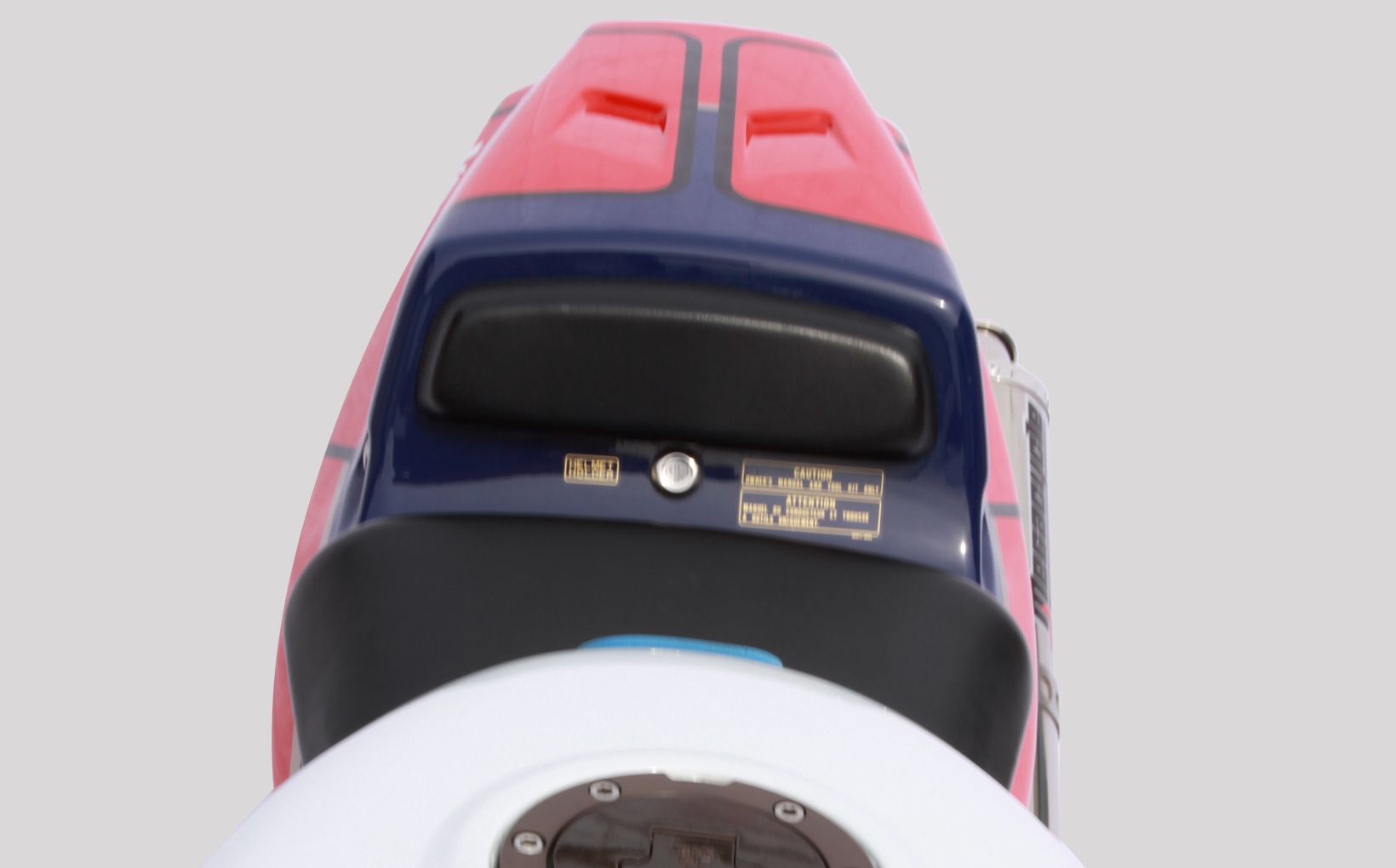 Single seat, this is a racer with lights.

Wayne Gardner was the reigning World 500 Grand Prix Champion and Honda were dominating the WEC scene with the RVF750. But that was not enough. Sochiro Honda wanted to continue riding that winning wave. He wanted to prove to the world that Honda could build the best superbike in the world. And you could buy one and ride it to the shops on Sunday. 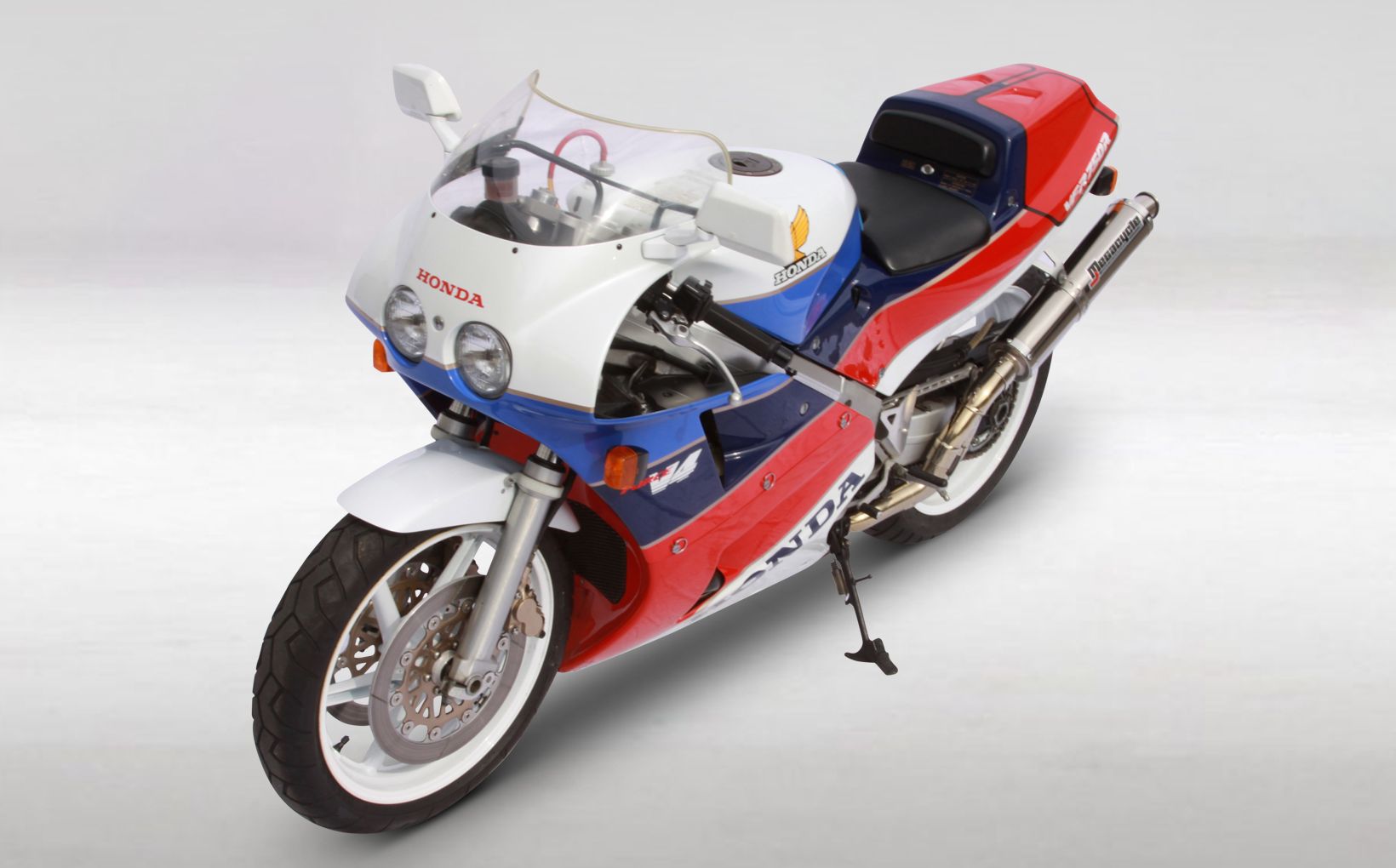 It’s hard to believe this bike is now 33-years-old.

With a price tag more than double that of most road going sports 750s of the time, the RC30 was a serious motorcycle. OK, it was not the most powerful at a mere 112hp. And for what are essentially two V-twins, torque was not that impressive either at 51ft-lbs. But at only 180kg dry, nothing could get close to an RC30 on the scales – or in the corners. 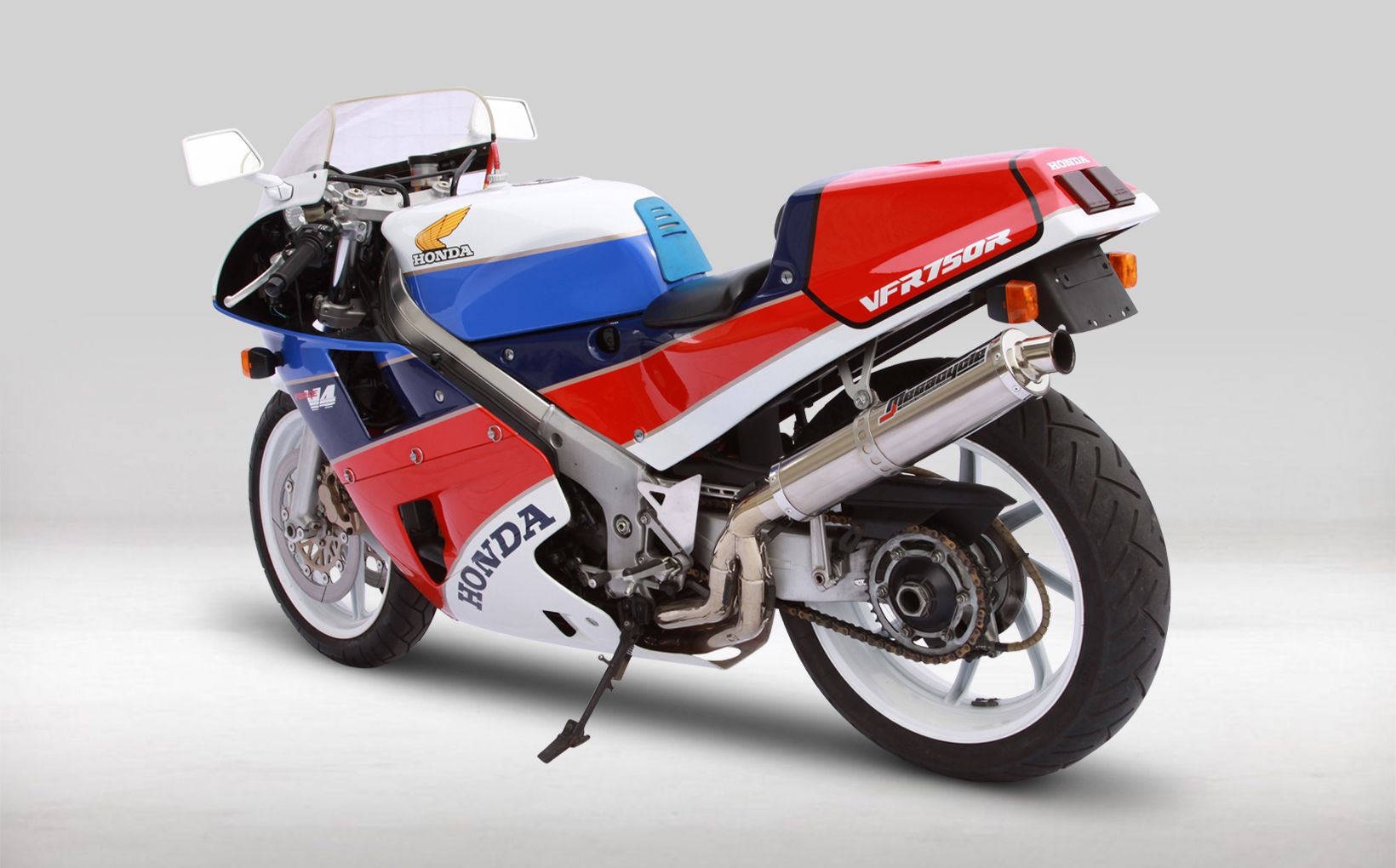 Check out the size of the enormous alloy single-sided swingarm.

And it wasn’t about power. HRC engineers, with absolutely no limits from the bean counters hindering design parameters, set out to build a bike with not only the most tractable and controllable power deliver on the planet – but with an exotic handmade chassis to match. 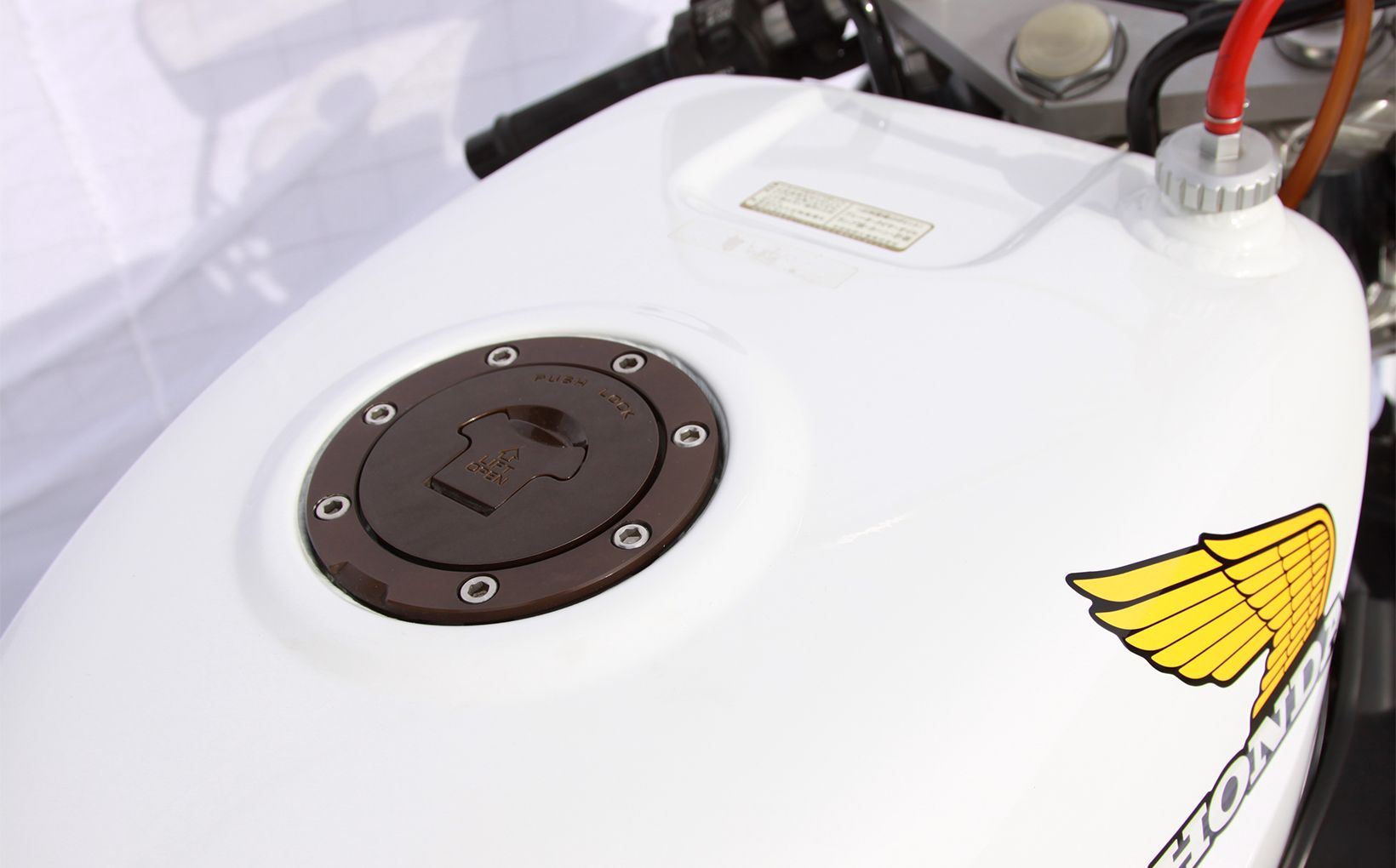 To be eligible for WSBK competition, a minimum number of machines had to be sold to road going customers. But this was far from a daily ride. The 748cc 16-valve gear-driven DOHC 90º V4 liquid-cooled four-stroke 360º big bang engine was made up of inspiring componentry. 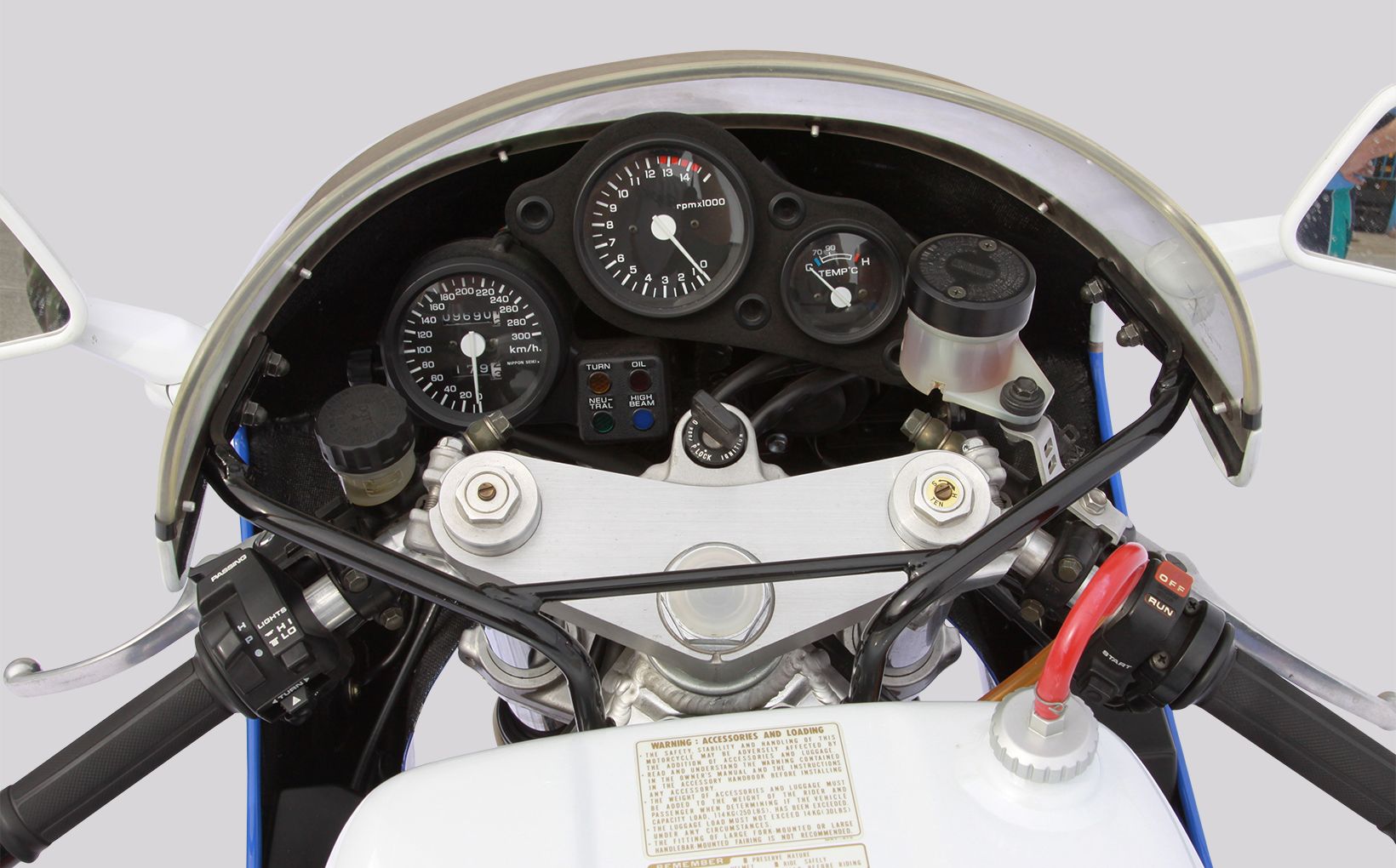 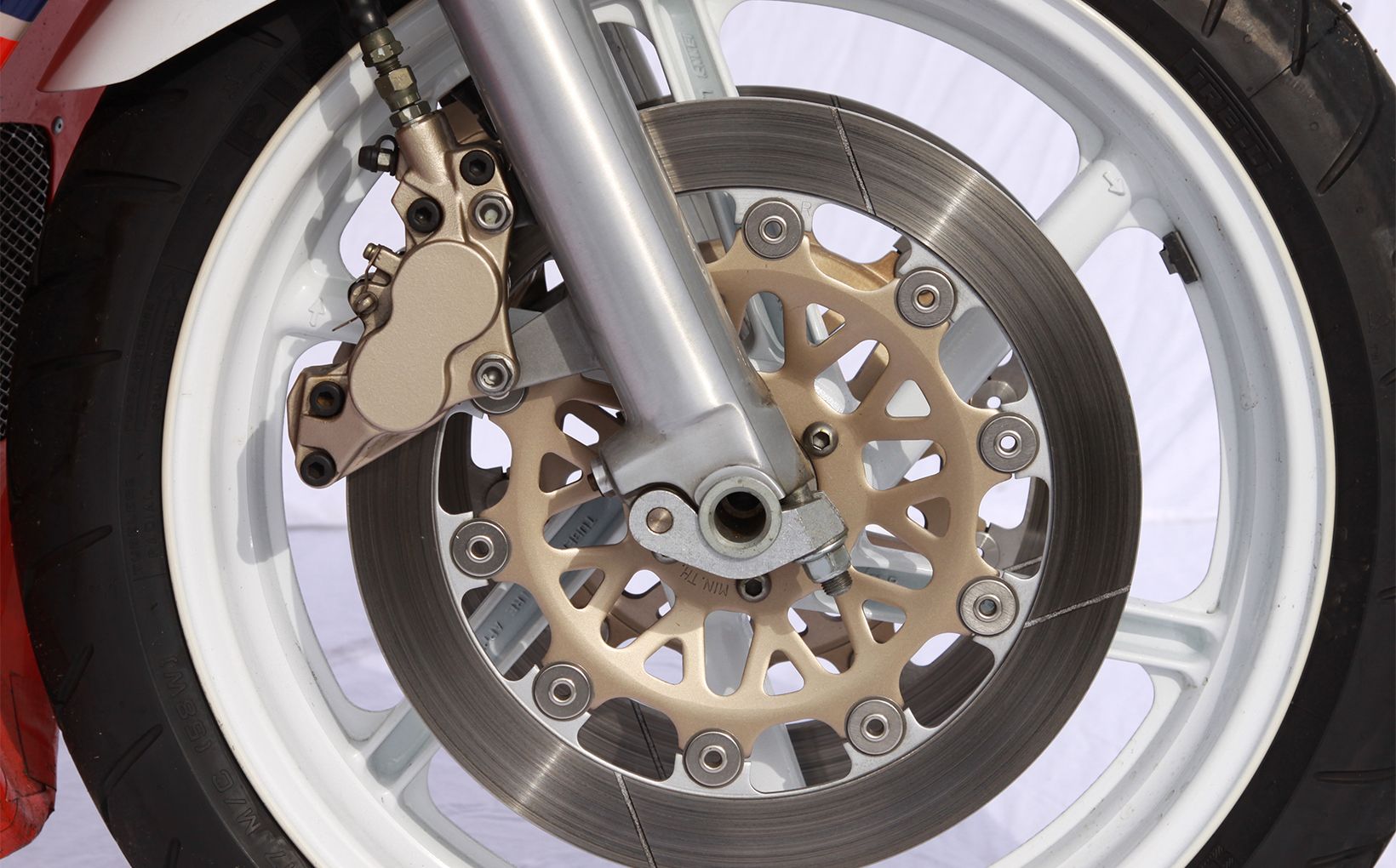 At the time these Nissin brakes were the best around. 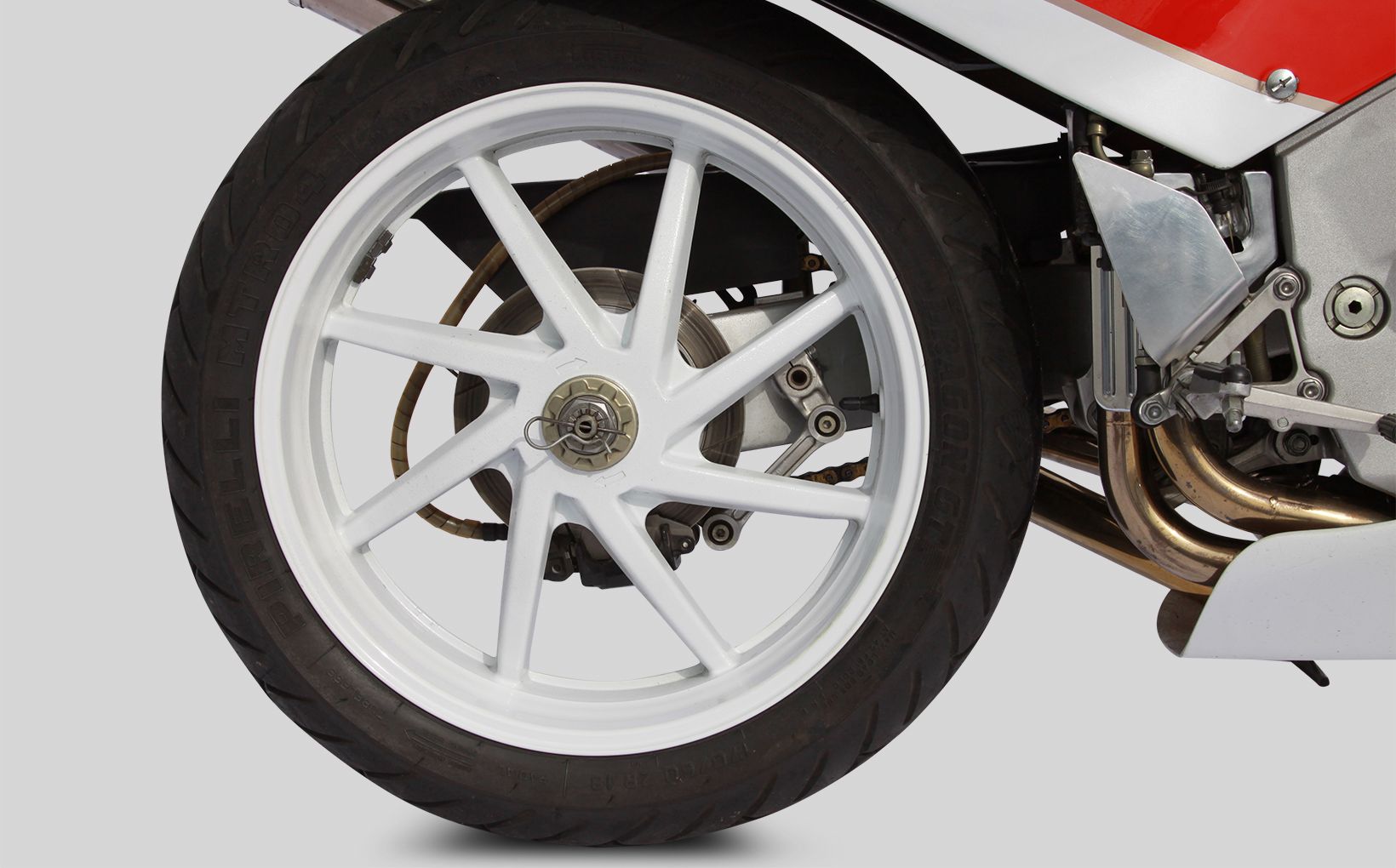 That glorious V4 is lubricated by an intricate trochoid pump system that feeds the gearbox and clutch, plus the main oil gallery via the oil filter and oil cooler. 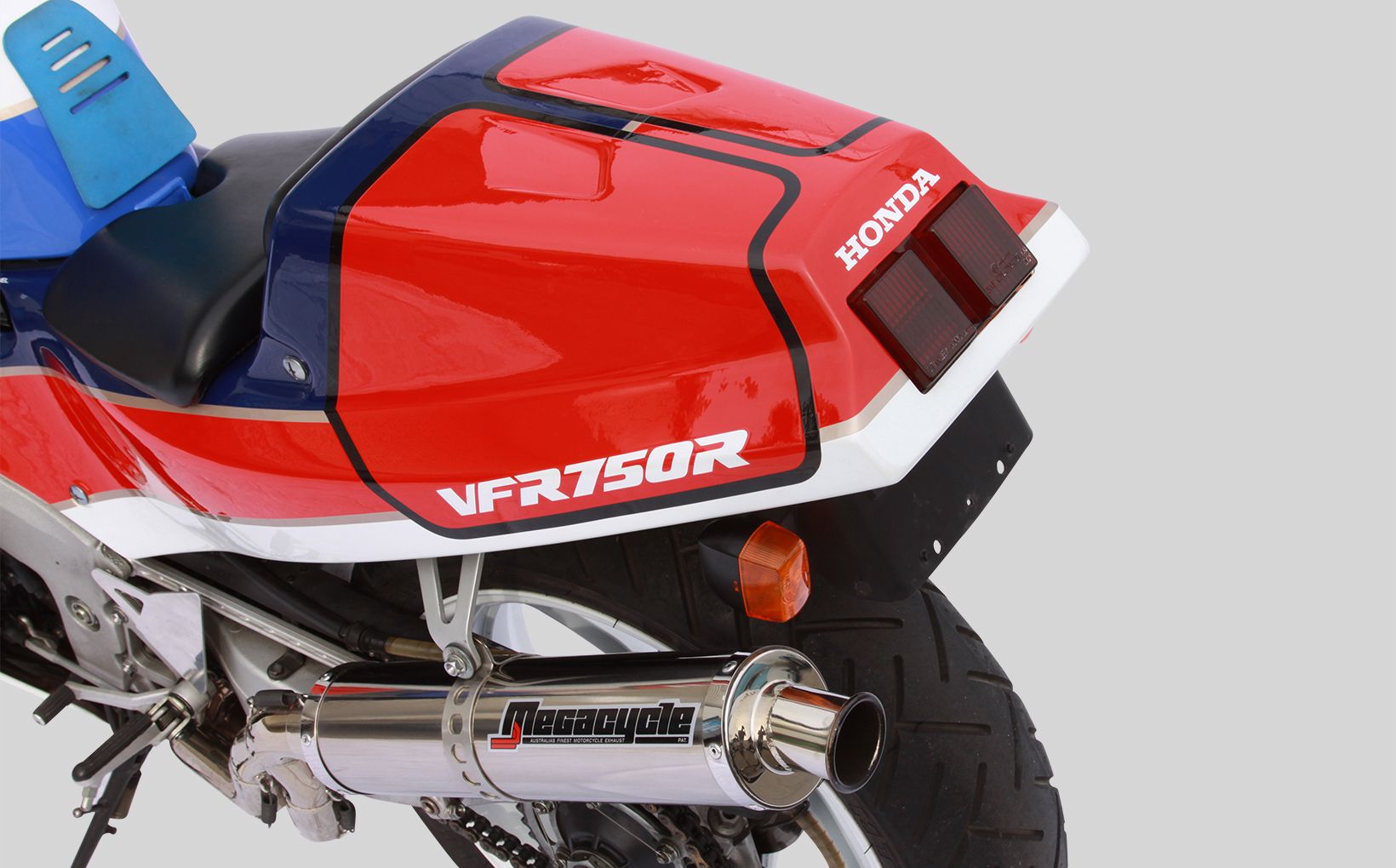 That unmistakeable VFR rear end with the twin taillights.

The ignition system on the RC30 was high tech and expensive to produce in its day but unremarkable now. A CDI system with a pre-programmed ignition curve was used and the fuelling system was via four 38mm Keihin downdraft CV carburettors, giving smoother throttle operation than flat slides. It is a non-pressurised gravity feed system filtered via a paper filter and relatively small airbox by today’s standards. 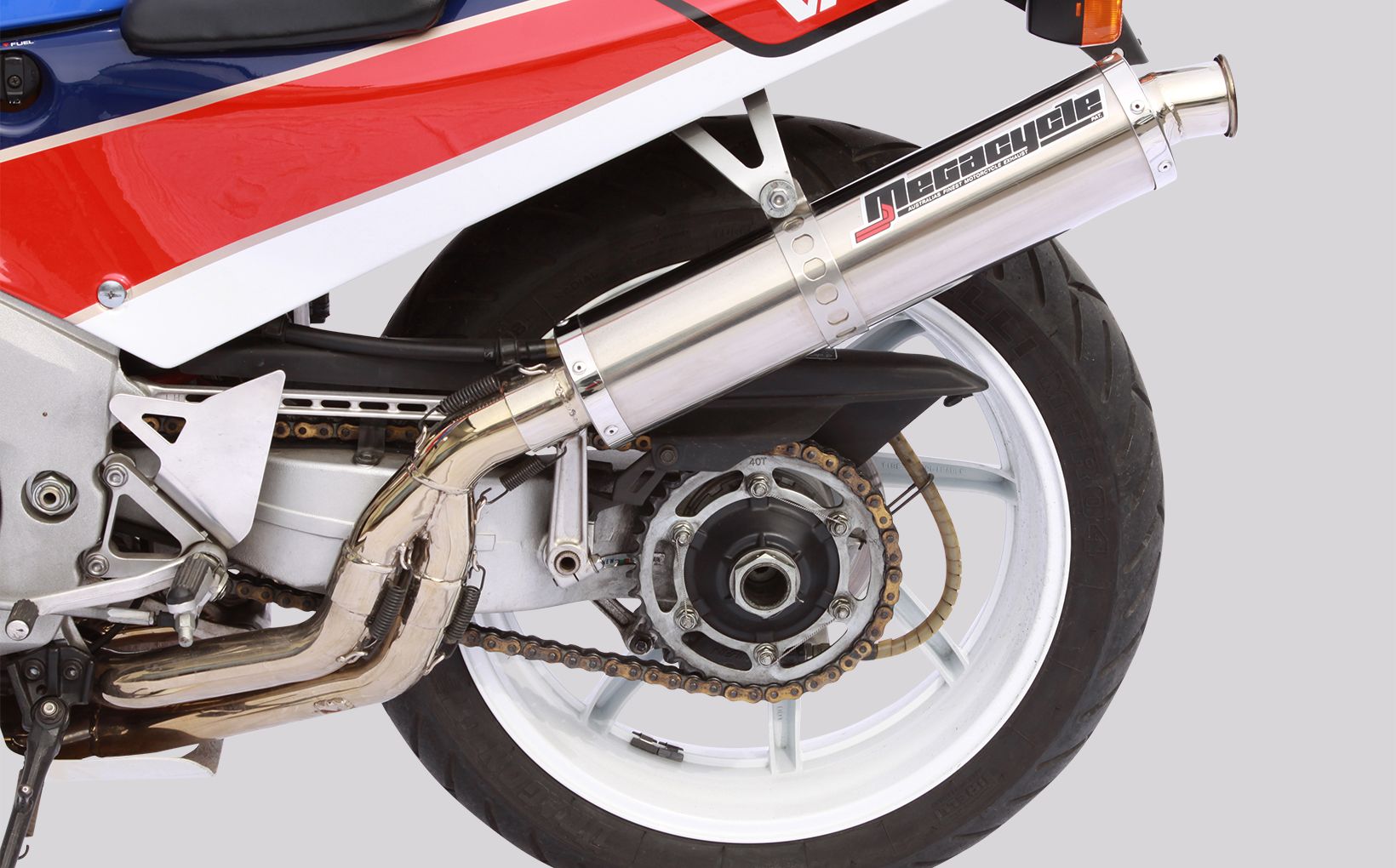 This Megacycle system is worth a small fortune.

One component that seemed to skip the no expense spared claims is the exhaust system. In order to meet stringent emission and noise regulations, the heavy and tortuously routed system knocks a fair bit of top end off the bike. But if you had a stock bike, you’d never de-value it with an aftermarket system unless you got your hands on a genuine HRC titanium system – but that’s a dream!

The WEC and F1 derived handmade aluminium frame and RVF750 inspired Elf designed single-sided swingarm were incredibly compact and lightweight. Even by today’s standards, the RC30 is tiny. Smaller than most 250s and certainly a lot more compact than a modern 750. 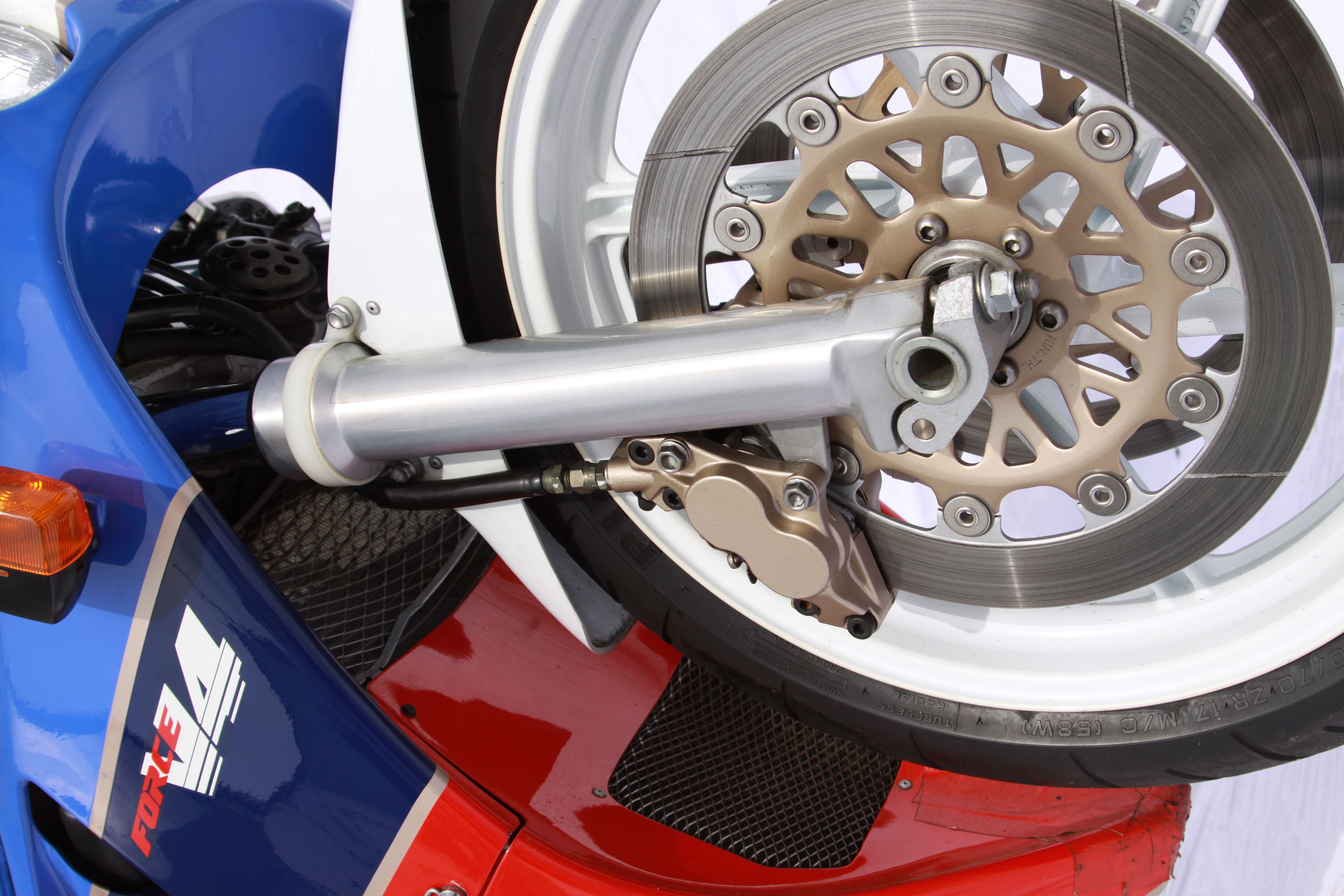 With Showa conventional forks that were the top spec available in their day, complete with quick-release axle mounts ala World Endurance – and a trick fully adjustable Showa rear shock with HRC engineered linkages, the RC30 was a seriously good handling motorcycle. In fact, Wayne Gardner still rates the bike as the best steering motorcycle he has ever raced. 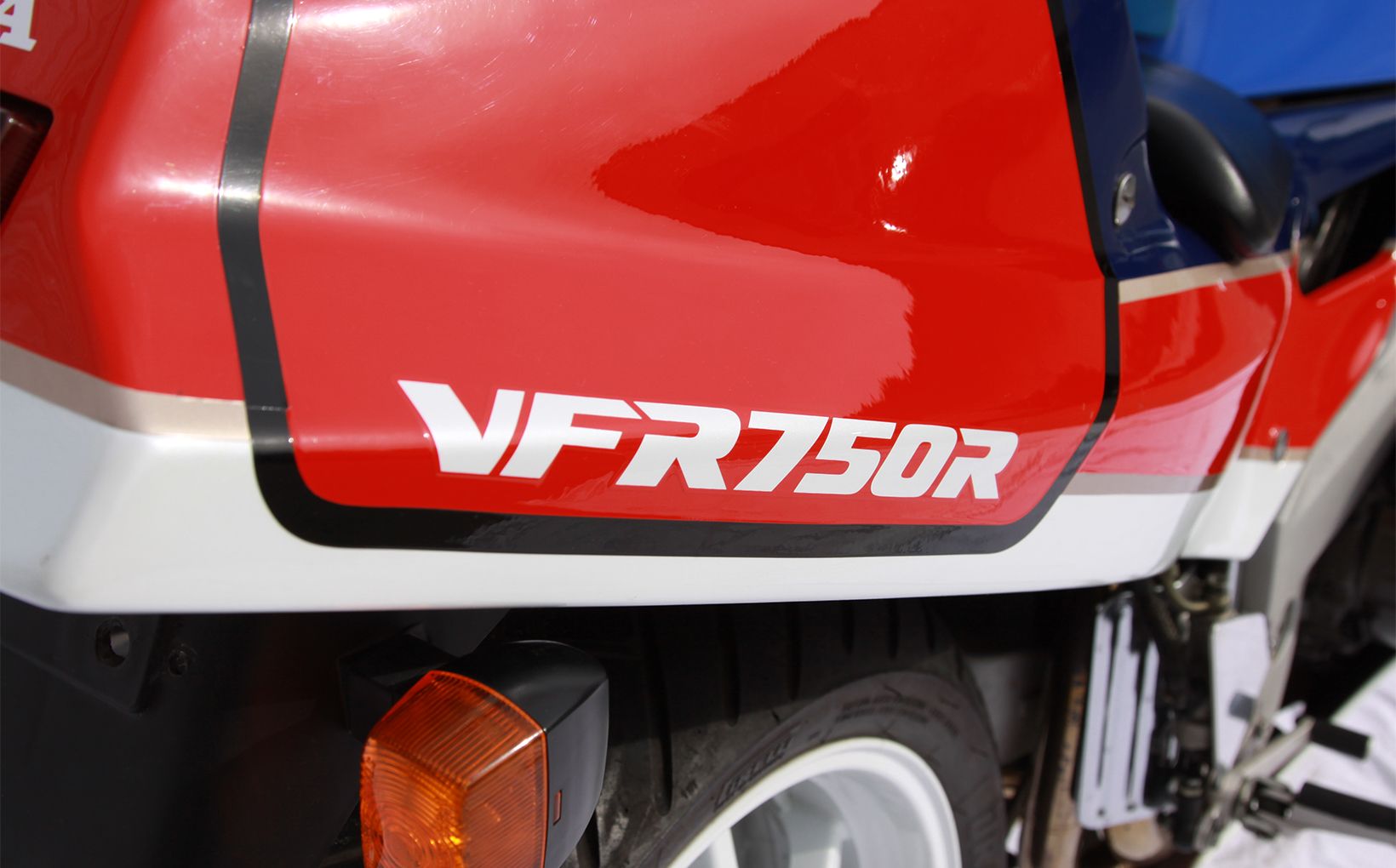 Most of us would love one of these in the collection.

The RC30 won the inaugural WSBK Championship, just as Sochiro Honda predicted, in the hands of Fred Merkel, backed up the following year with another win by the same talented rider. That same year Carl Fogarty won the World F1 Championship on the bike and Steve Hislop set the first ever 120mph lap of the Isle Of Man TT course. 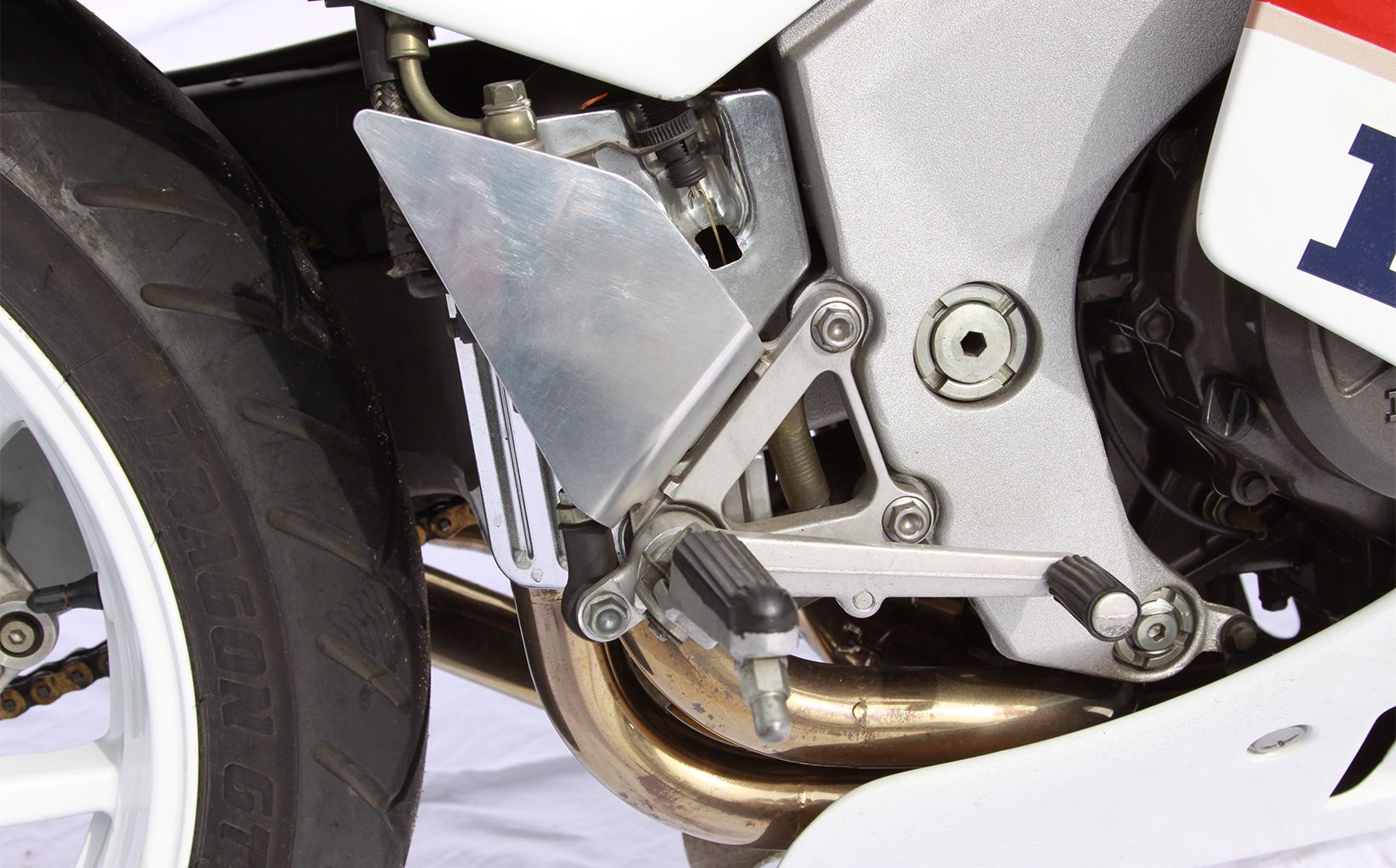 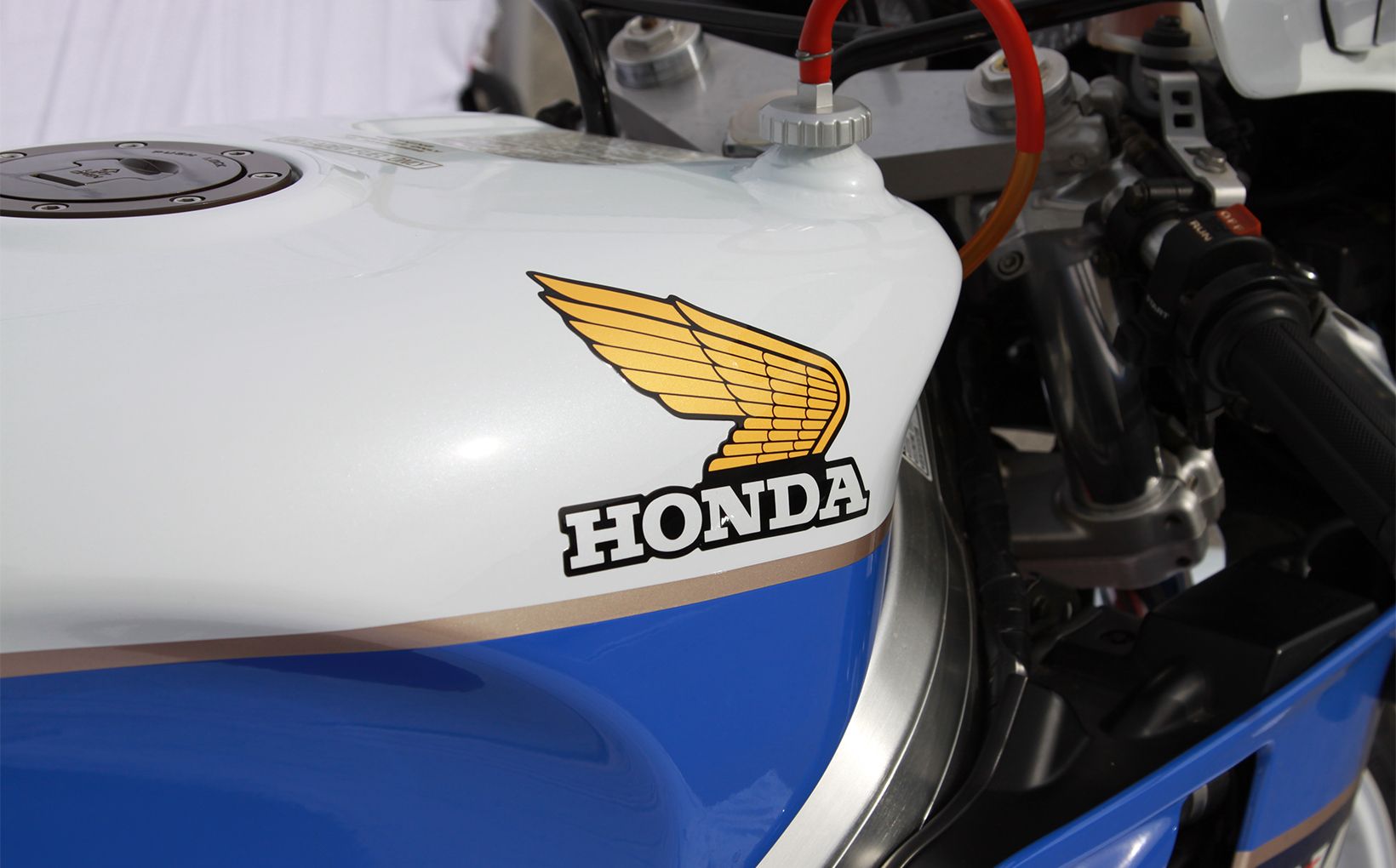 From there the bike went on to win multiple championships around the world, including here in the hands of Mal Campbell, Troy Corser and Anthony Gobert. A legend was born and the RC30 to this day is the most successful world championship winning four-cylinder Japanese motorcycle of all time and one of the most expensive and collectable Japanese bikes of all time… A decent condition but well used RC30 will set you back between $35,000 and $50,000. An immaculate low mileage example is by negotiation. 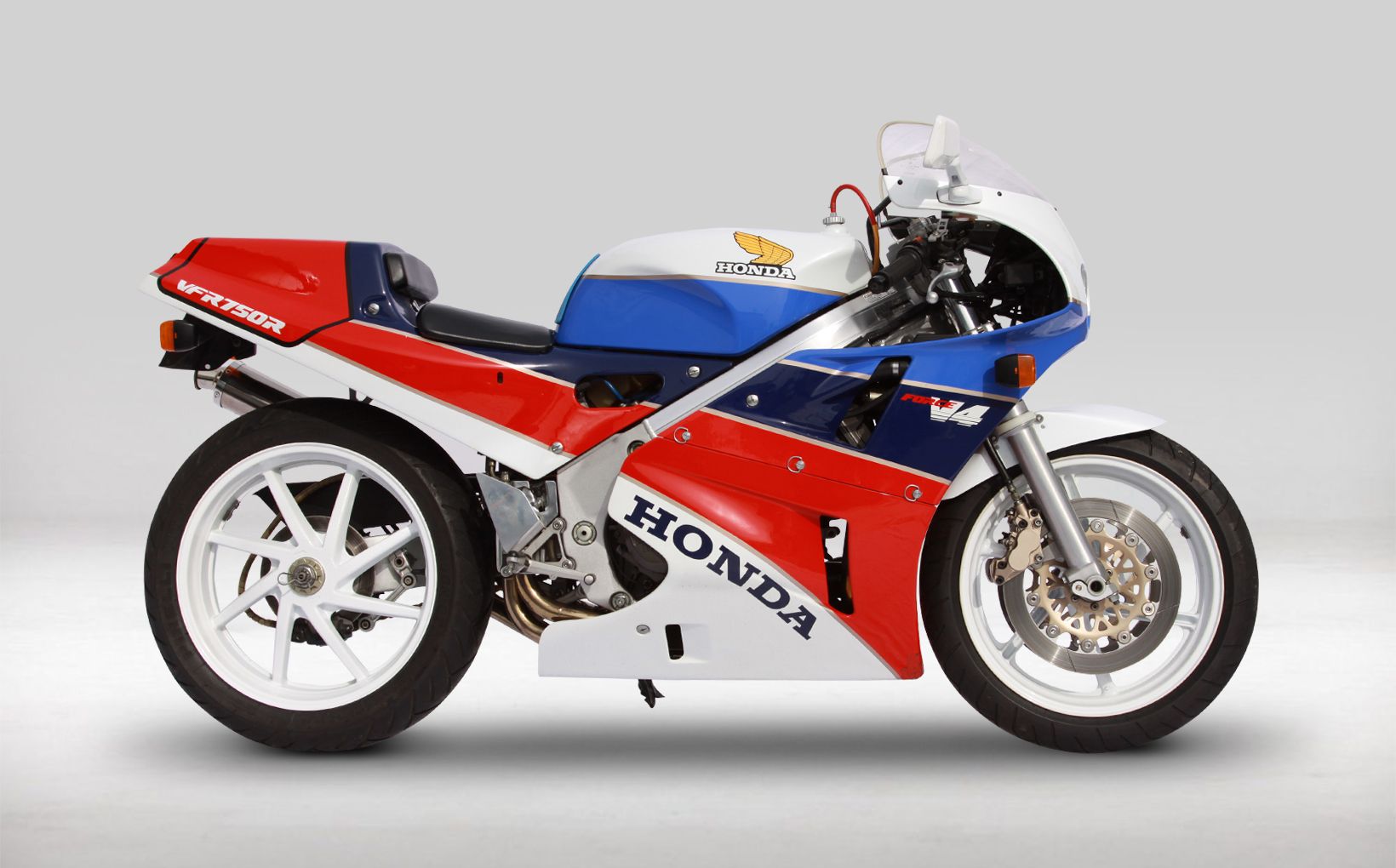 The RC30 is very small, even by modern standards.