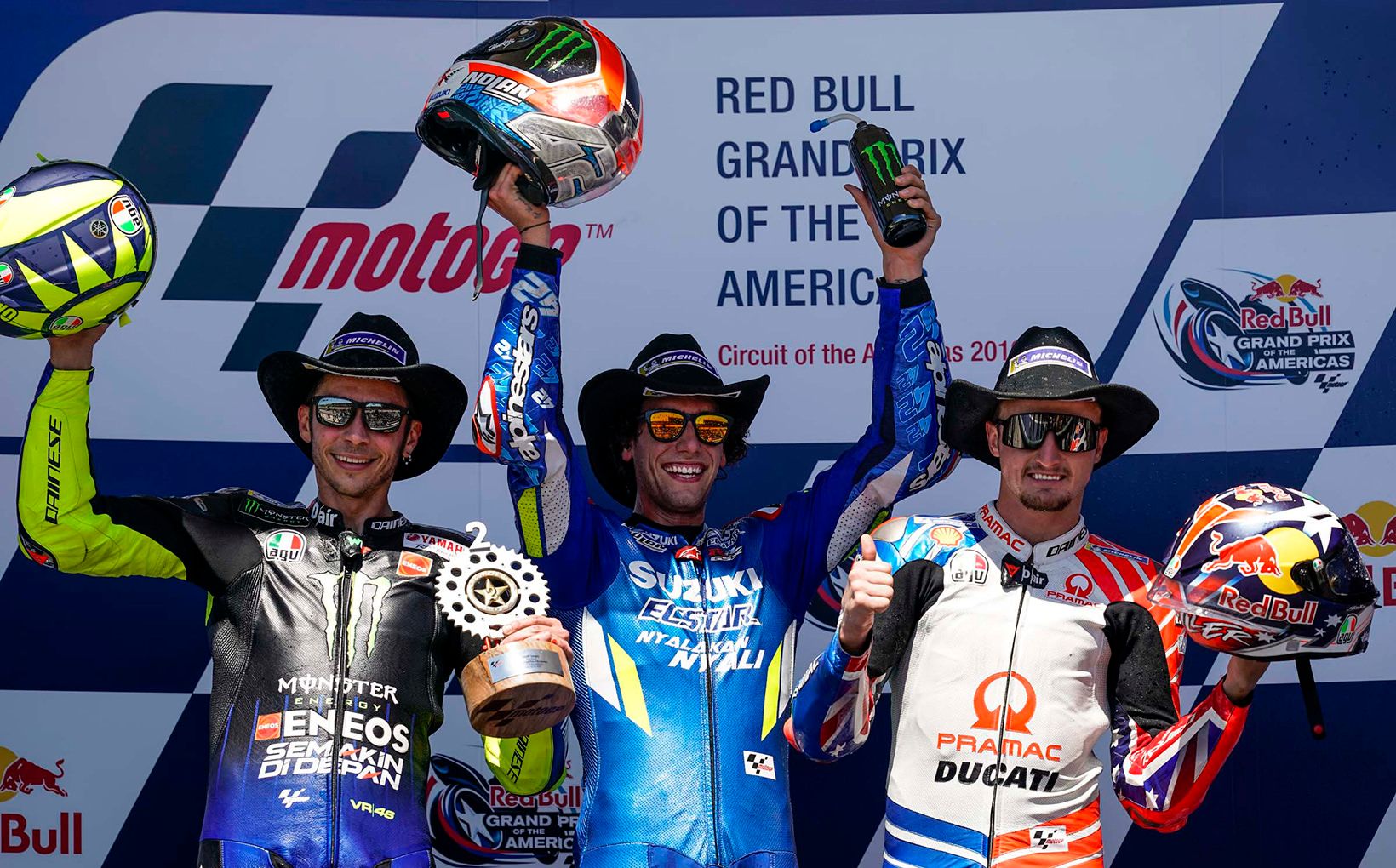 The Texan race was like a movie screenplay with happiness, sadness, shock and surprise that were key emotions attached to the event as it unfolded. The COTA King Marc Marquez made a major mistake and it costs him a straight seven at the Texas race. The Spanish Ant went from hero to zero in a matter of seconds and fans watched on with despair, even the photographers were trigger happy! 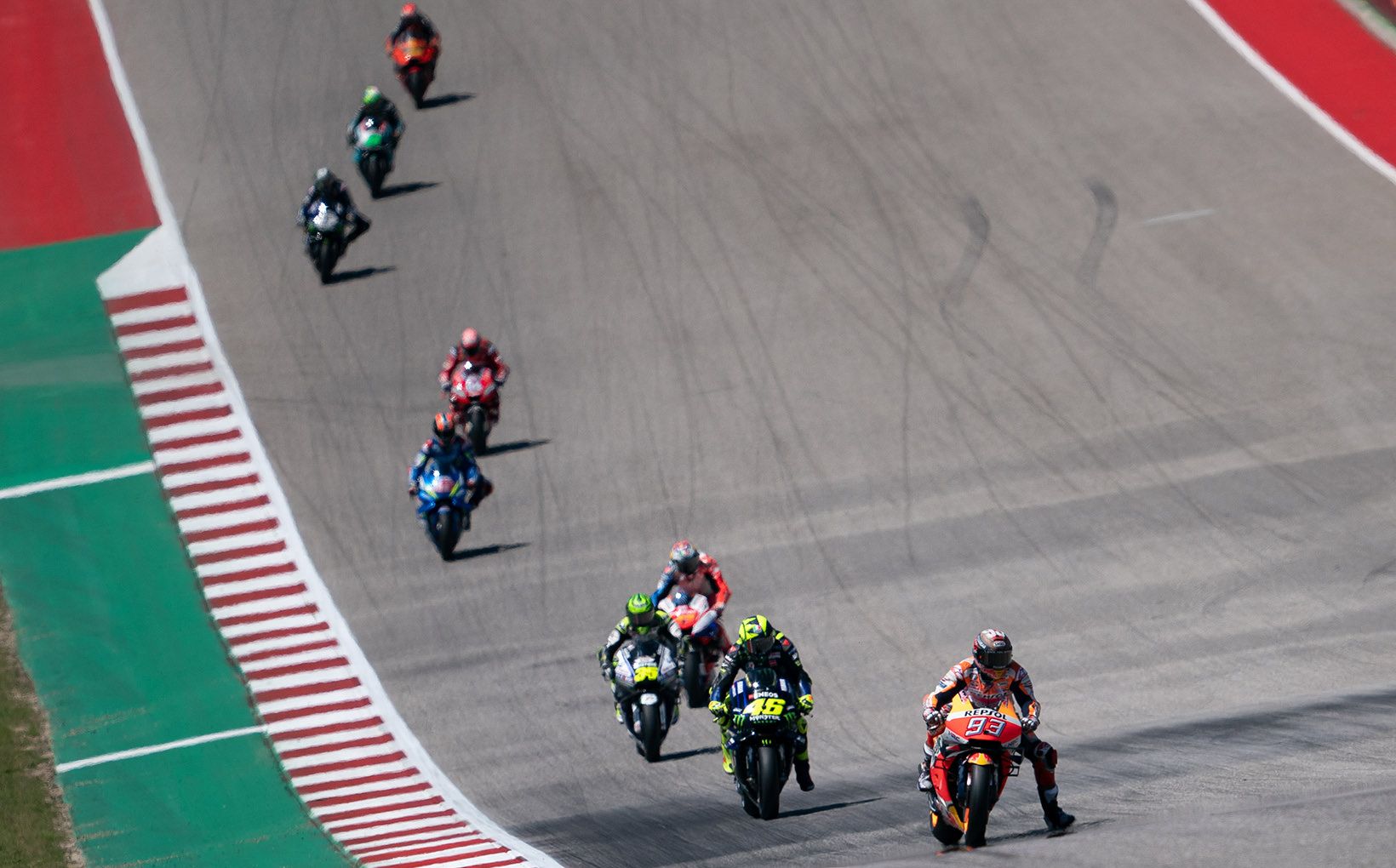 Marquez: “We have had six amazing years here but today I made a big mistake. When I arrived in the garage, I said sorry to the team and now I’d like to say sorry to the fans because it was my mistake. It’s different to make a mistake fighting for fifth and fighting for the win, the level is there. We’re only nine points off the lead. It’s true, we made a mistake but we are human and this can happen. We need to learn from it and understand and come back stronger in Jerez.” It is rare to see MM93 make an error when he has everything going his way. As he says, these things happen. 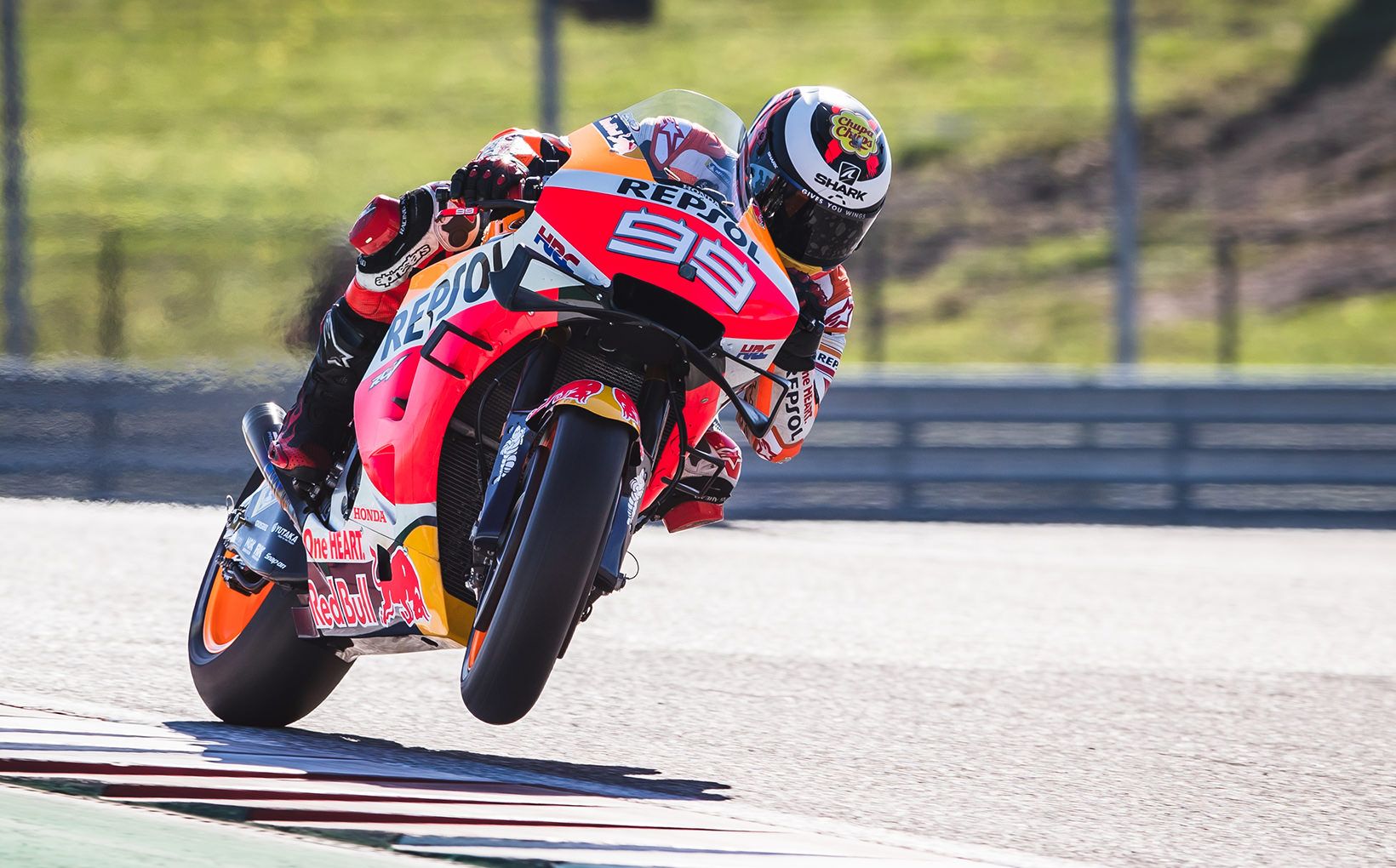 In contrast, fellow Respol Honda MotoGP teammate Jorge Lorenzo had another race to forget with multiple mechanical failures. It has not been smooth sailing to say the least for the Spartan. Lorenzo: “It has been a difficult weekend with the weather and everything. I didn’t get the best start but I was able to recover and then I started to make up some positions. Sadly we had an issue with the bike and I was forced to retire from the race. It was a different issue to yesterday. The positive is that in the race I was feeling quite good at a circuit where normally I have difficulty. Now we look to Jerez, a circuit I like and where we will hopefully be able to be stronger.” It is only a matter of time before Lorenzo finds his groove and is up the front charging for victories, we can feel it coming! 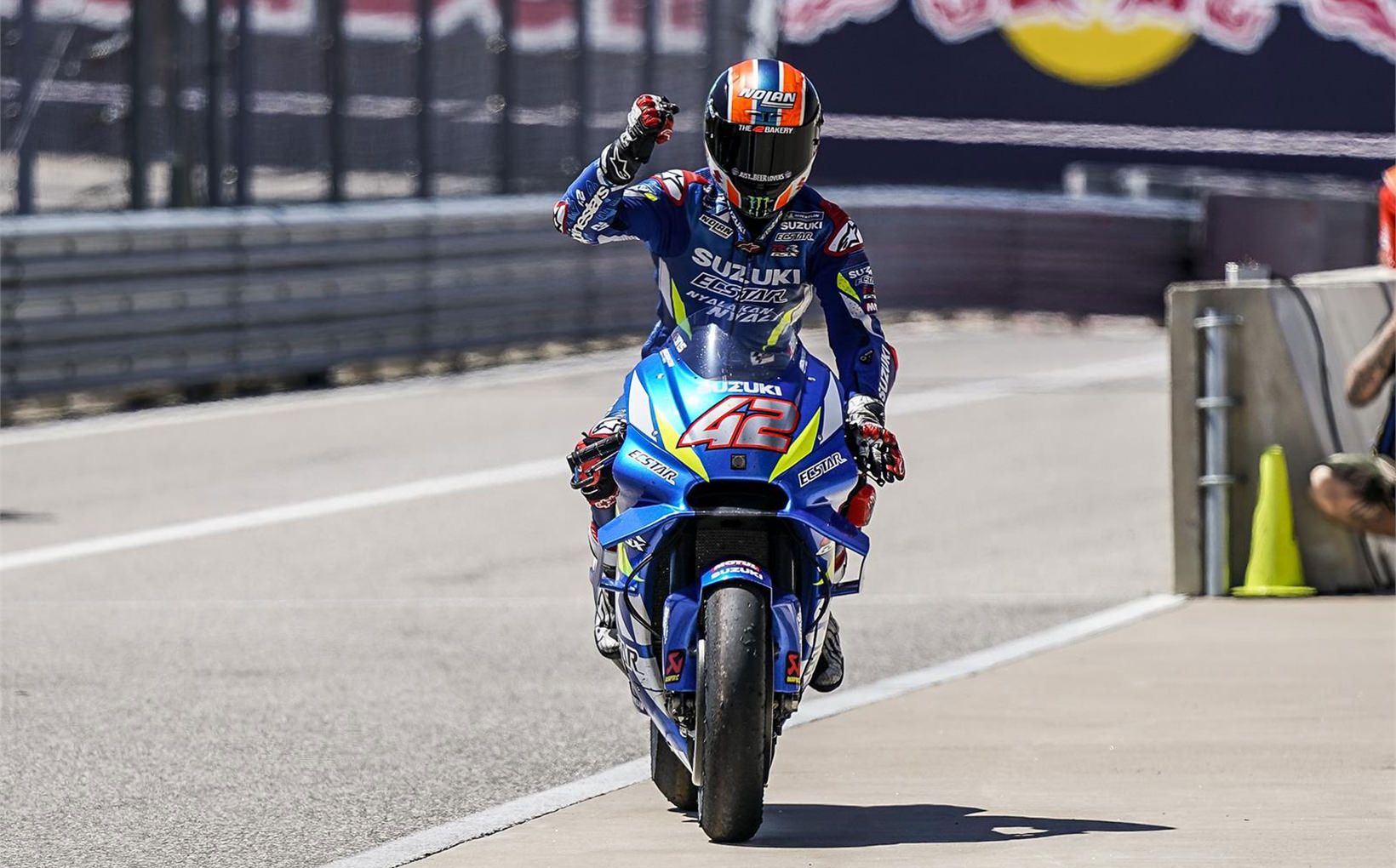 Ride of the day goes to Alex Rins who held off Valentino Rossi and Jack Miller to take the chequered flag with a smile! It was a perfect debut victory for Rins who has always said he had the pace to win. It is the first Team Suzuki Ecstar win since 2016 which is a major honour for the Spanish rider. To pass the master of MotoGP, The Doctor, Rossi, is a career defining moment for Rins who remained calm under pressure to take his first victory in the premier class. Rins: “It’s incredible! I’m very happy to win the race here! In warm-up this morning we tried a different set-up and it didn’t work in the way we expected, so we reverted to the usual settings for the race and we won, it’s super! I’m lost for words! I managed the pressure well, even though I suffered a bit in the last laps. When I crossed the line all the feelings hit me at once. I just want to say a big thank you to all my team, everyone in Japan, and all the people around me!” 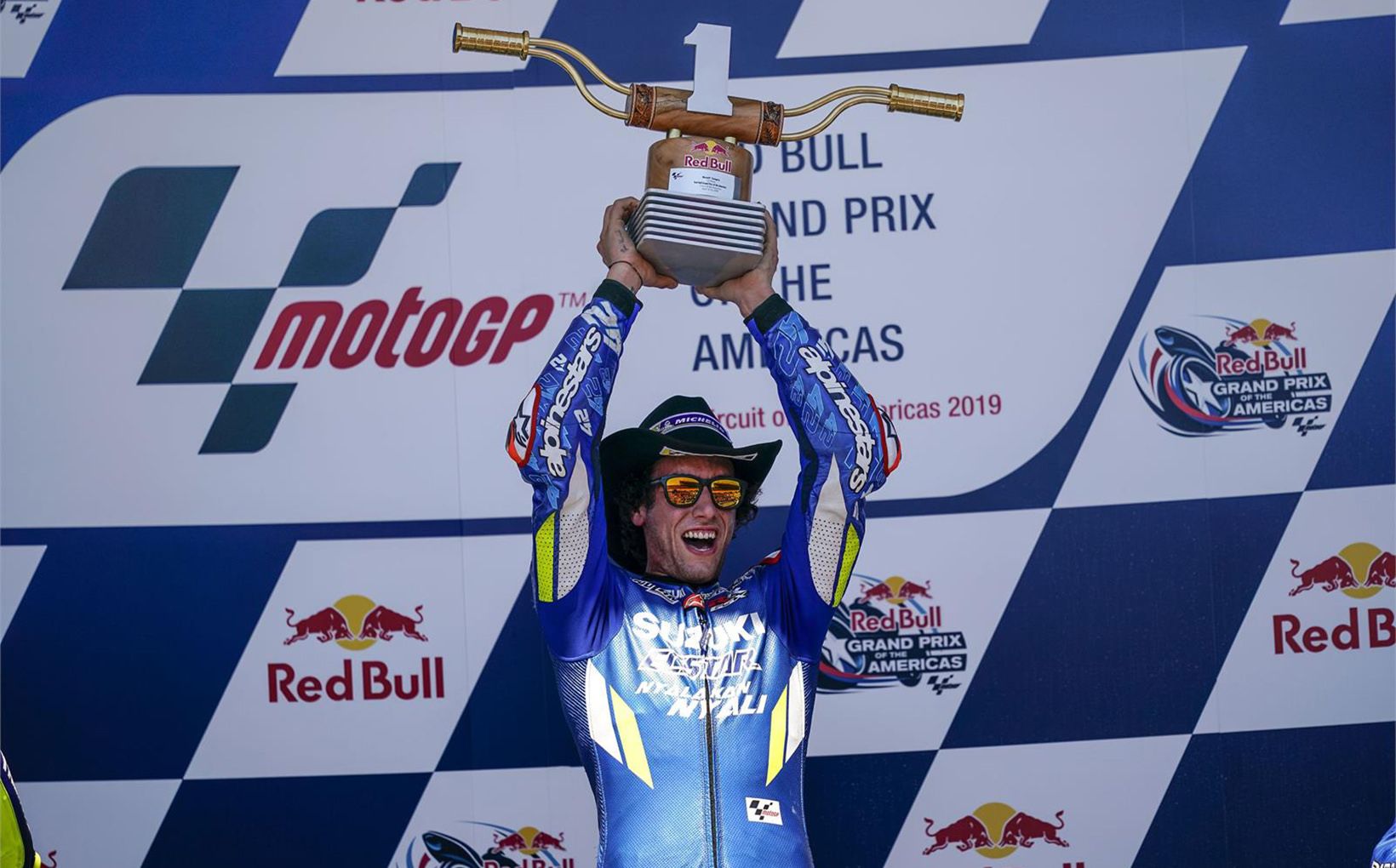 We have witnessed and observed Rins grow as a rider and into a young man. His success at Austin, Texas is a chapter that will be revisited for a long time and reflected upon as he progresses throughout the season. Team Manager Davide Brivio puts it perfectly with his analysis of the young rider: “Today we are so happy - so pleased for the factory back in Japan and for all the team staff, because everybody has worked so hard. It’s wonderful for Alex, this is further proof of the way he’s matured and improved. When he began with us he suffered a lot with injuries, and since then he has worked so hard and this achievement is something he really deserves. Now I can say that our target this season was victory, and we’ve done it at the third race. Thanks to all the Suzuki staff and Alex. Joan had amazing pace today but unfortunately he jump-started and the penalty cost him a lot, we already talked a lot about this; but finally he has made another important step this weekend. I’m happy about his improvements.” 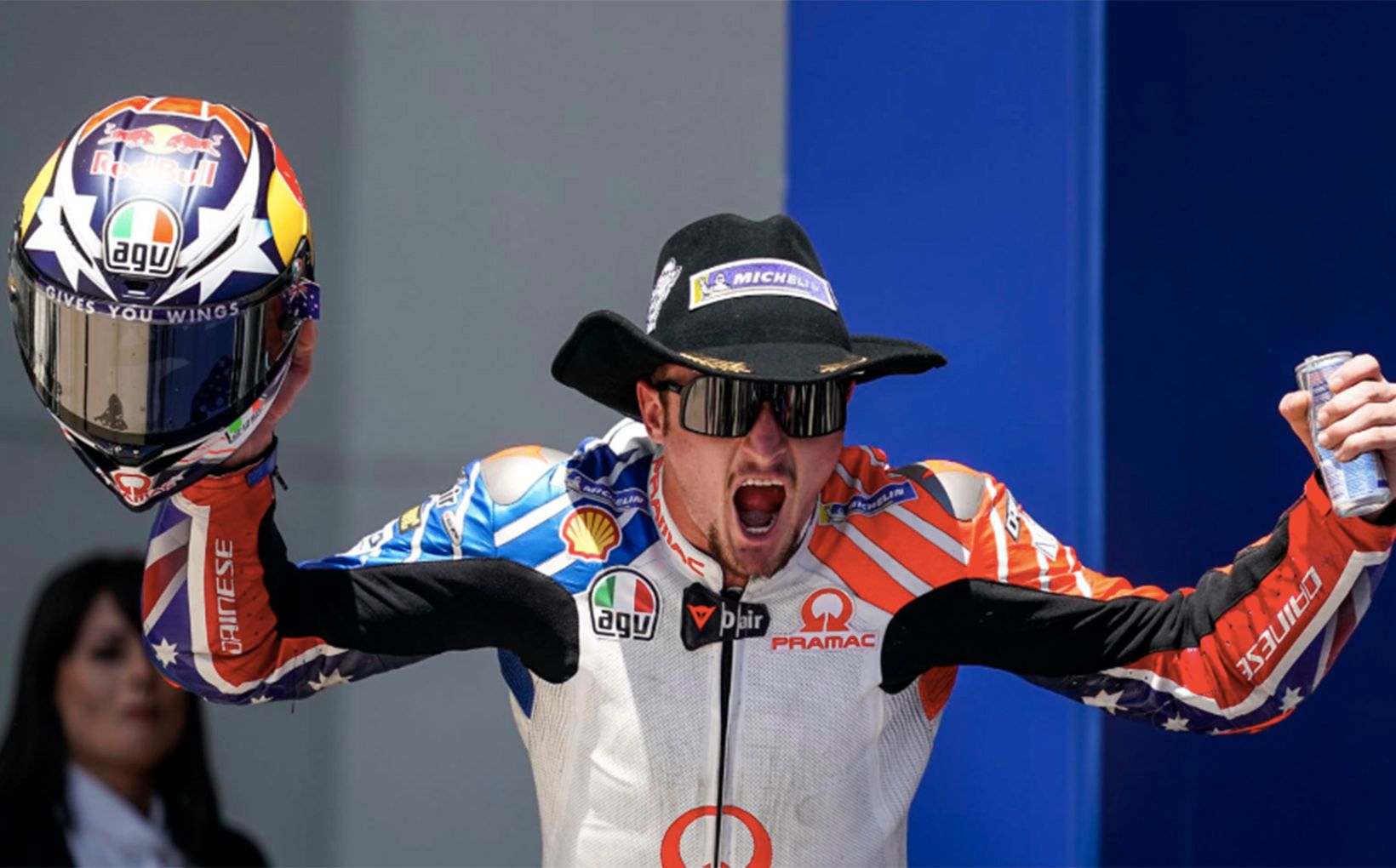 The quiet achiever Jack Miller is really showcasing the power and presence of his riding ability on board the Ducati. Finally, the Australian rider is able to chase the front runners and bring home the bacon with a third place finish. Miller pounced on his opportunity to stay upright and celebrate a stellar finish at the Circuit Of The Americas. Miller: "I am very happy with this result. The feeling with the bike was very good for the whole weekend. I started well and this allowed me to stay immediately with the leading group. I thank the team because it has done a great job not only this weekend but since the beginning of the season”. The result sees Miller progress to sixth in the overall MotoGP Championship and another reminder on why he is the future of Ducati. 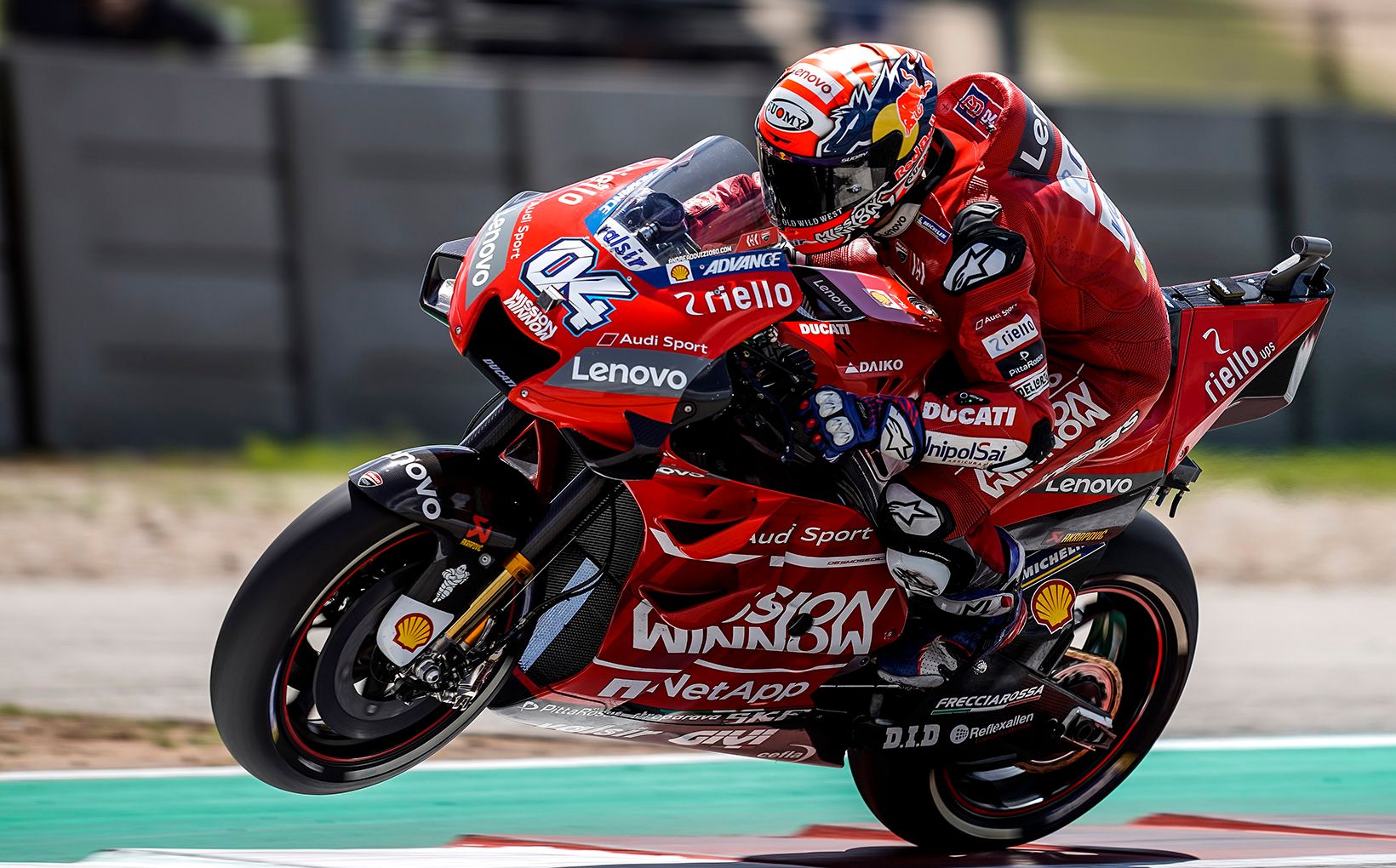 In comparison, Andrea Dovizioso did well to recover and gain points to move further forward in the title race and with the unfortunate crash by Marquez. It was a repeat sixth finish for Danilo Petrucci. The frustrations for the Italian rider continue as he is yet to find a way to go faster. You have to keep improving otherwise you get left behind. 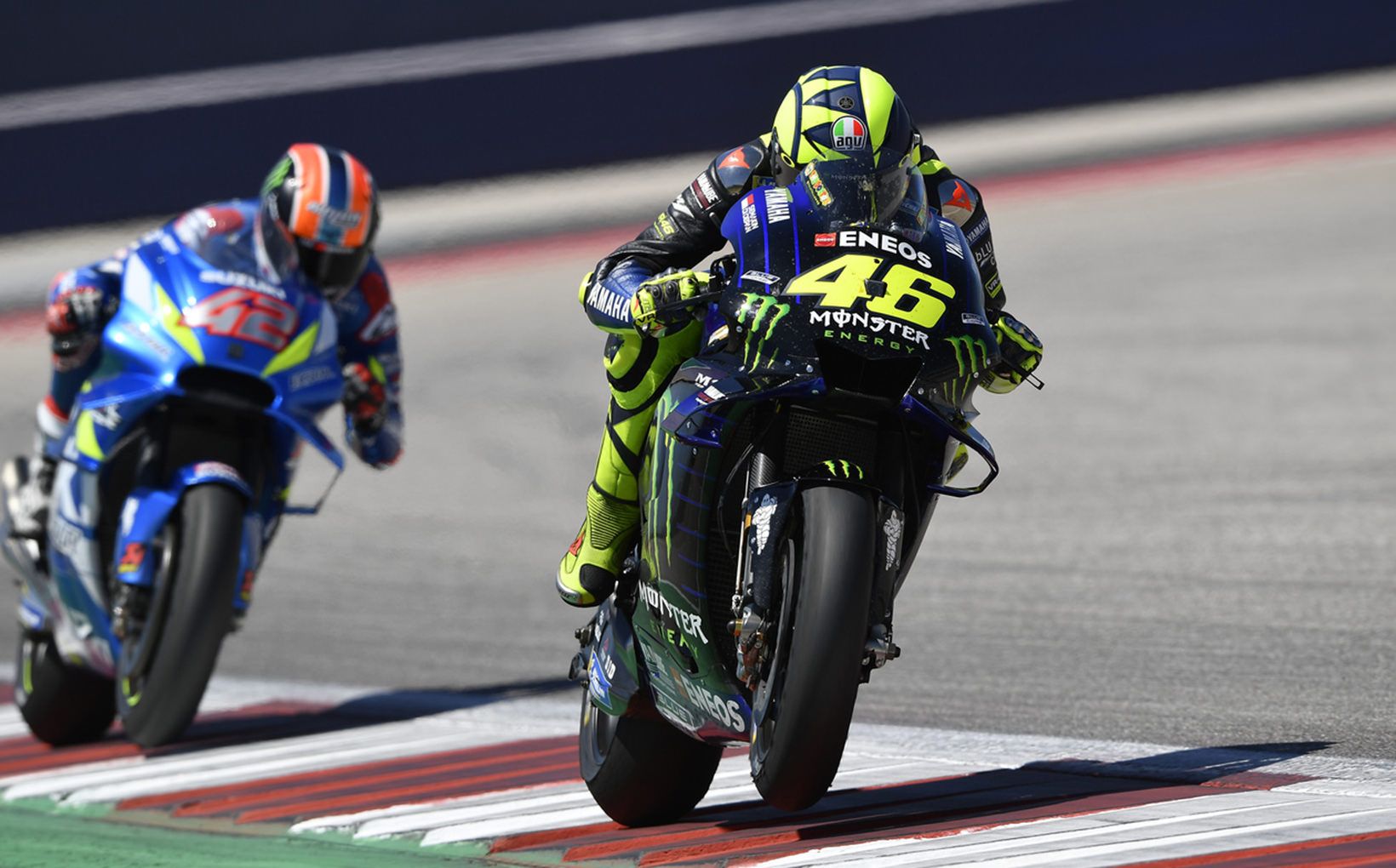 Questions are now being raised whether Valentino Rossi has a chance at the tenth World Championship title based on his results so far. The Doctor is Mr. Consistent and it is nice to see after a 2018 season that he is back on form. When you look at Rossi, he is hungrier than ever and riding with complete precision. The Yamaha team has worked hard to create a bike that is now worthy of challenging for the top spot. 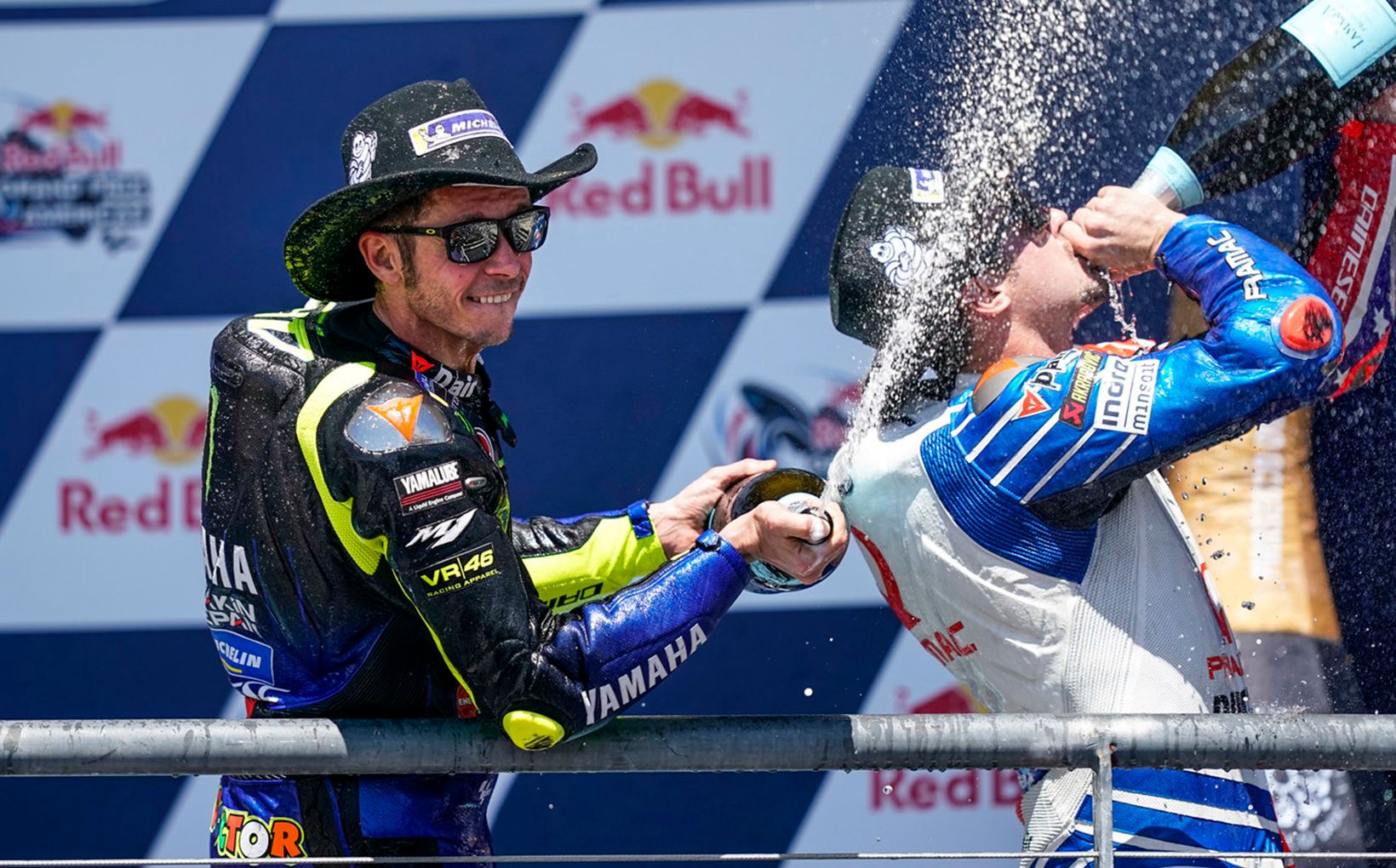 Rossi: "I'm very sorry for missing out on the victory, because when I saw Márquez crash I said to myself 'Maybe I can do it', but after that Rins arrived. Sincerely, I pushed to the maximum, the race was very fast, I did one good lap after another, but in the end he was better than I was. I was riding very well, and I wasn't able to overtake him. It's a shame because I haven't won for a long time, but we are strong, and we will try again next time. On a positive note, I tried everything today, I rode a very good race and stayed in front for a long time. Riding on the limit, unfortunately I made some mistakes. Maybe if had done everything perfectly I could have tried to attack on the last lap again. It looks like we are strong this year and that the bike has improved, and these are the most important things, because maybe we can fight at the front many times this season."

With multiple manufacturers in the hunt, the Championship is wide open and anything can happen. Next up is Jerez so be prepared for more emotional ups and downs! Plus, we wait to see if Rins shaves his head after making a promise that he would if he won. Watch this space.