Shoes maketh the man ! So do rims maketh the car ? The dishy 68's are finally on thanks to some panel manipulation by Cade at Nash Body Repairs, Cheltenham. After an alignment, there appeared a Bee's wang clearance in it , but reversing out the drive way I thought I had hit or run over something as the tread nipped the guard lip. Lucky to not rip the guards off and a testament to the paint job remaining intact. Sweep whilst reversing is the litmus test ! So what is the prognosis ? Everything clears forwards, backwards and under braking. At 17kg with a modern performance tread pattern manoeuvrability at a standstill is beyond my girly arms. Back in the day Michelin 165 80 13's were the go for these and suspension and steering componentry was set up accordingly. Try finding that configuration now ! The rim off set appears suitable with no sign of Tram tracking and grip well beyond the cars capabilities. Out of the box the CC was a precise handler. Throttle steering could be had close to it's cornering limit, but it understeered until then. A case of entering a bend within the limits and feeding power on just before the apex and trying to balance the car on throttle. I don't think that technique will work with this set up and the only way to test will be off road. This car has a rear sway bar also.Not un happy with the way they look. Bit of a period , but contemporary feel filling the guards out some. I reckon though they will be off more than on, but I will persevere for a while and cut out the sticky buns for morning and afternoon tea, buy a pallet of canned spinach and hit the gym for some under arm pull ups, push ups and dips to see if building Pop-Eye forearms can make a difference. Enjoy ! 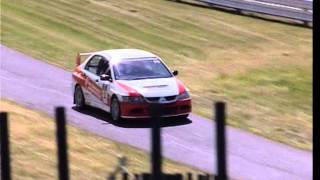 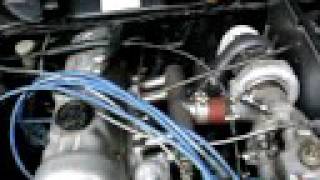 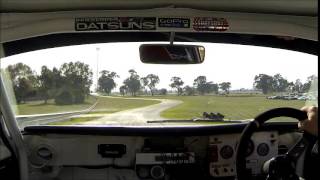 Fiat 124 Jerrari Sport Coupe inside and out