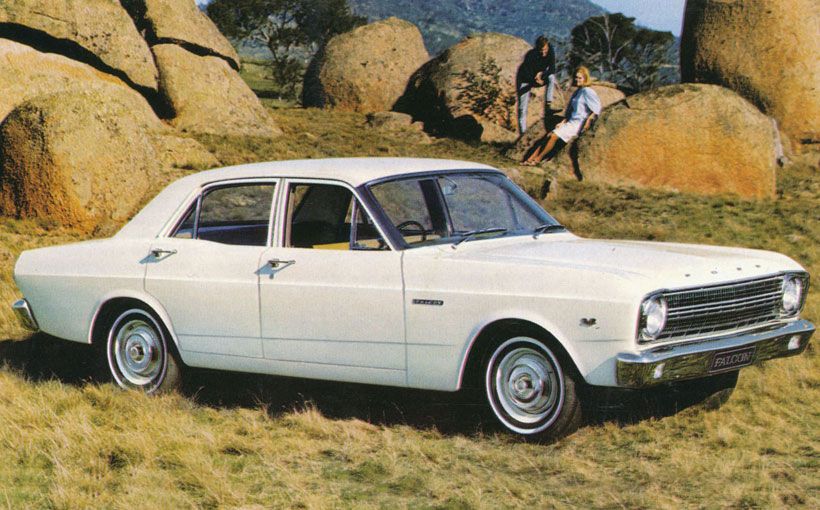 Before Saturday 24 April 1965 – or even perhaps before 1.42 am on Monday 3 May – no-one outside Ford Australia could have foreseen the XR Falcon and how it would change the way we thought about family sedans and wagons. Those dates of course refer to the beginning and triumphant end of the XP Falcon Durability Run. The achievement of this audacious event was to return the Ford Falcon to Australian car buyers’ shopping lists.

Before discussing the quite remarkable advance represented by the XR, which was launched in September 1966, it is worth revisiting the early struggling flights of the Ford Falcon in this Holden-crazed market. Six years before the XR came the first Falcon, the XK which rejoiced under the product code name ‘XK Thunderbird’. Sadly, there was very little of the T-Bird about Ford of Dearborn’s first compact car, designed entirely for North American markets. What was fine for US and Canadian roads would not necessarily prove sufficiently rugged to handle Australia’s roads and the many corrugated tracks that passed for roads; within months early adopters were experiencing front-end and sometimes clutch problems.

Quite convincingly, legend has it that the American engineers were sceptical about the reports of their Australian counterparts. But action was soon taken and the beefier ball joints fitted to the compact Fairlane were made standard on all Aussie Falcons. Ford Australia’s marketing people – perhaps under instruction – had already stretched the truth to breaking point, having claimed that the car had undergone extensive local testing; it hadn’t.