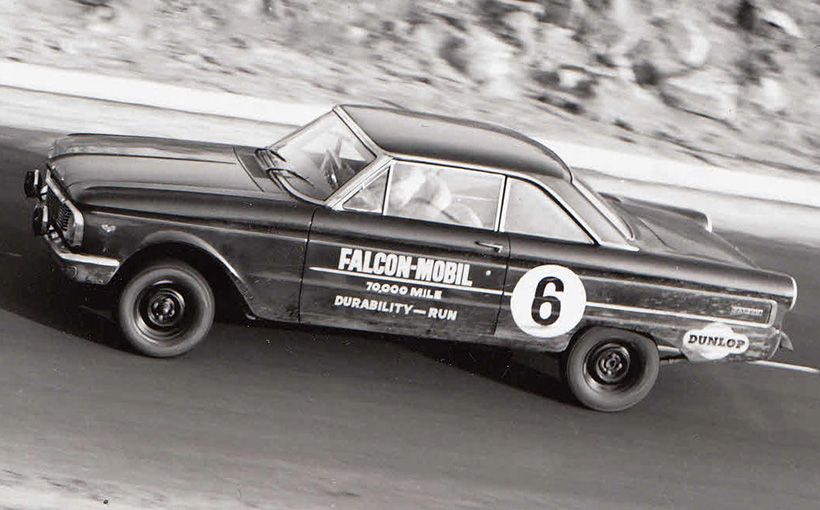 One of the six XP Falcons used in the 1965 Falcon-Mobil 70,000-mile Durability Trial is captured in full flight at 80 mph (130 km/h) as it charges up the 1-in-4 climb at Ford’s challenging vehicle proving ground at You Yangs. The black No.6 was one of two hardtops used. Both copped a fearful hammering. Image: Ford Motor Company of Australia

In 1965 Ford Australia was in big trouble. Falcon sales had tanked due to durability problems with the early models and dominant rival GM-H was closing in for the kill. The blue oval’s audacious solution was as desperate as it was inspired. Launching its new make-or-break XP Falcon with a highly publicised nine-day torture test saved Falcon and ensured Ford Australia’s future.

What was officially known as the Falcon-Mobil 70,000-mile Durability Run was the brainchild of the brilliant Bill Bourke who arrived in Australia in February 1965 to take up his role as Ford Australia’s new marketing and sales manager. He would later become managing director.